IM Srijit Paul won the must-win last round game against Ludy Koling (NED) to win Benidorm Open A (U2400). Things worked out in his favor as FM Manu David Suthandram who led the better part of the tournament, had to lose the final round game for Srijit to win the tournament. Vignesh B won the B (U2000) section with an unbeaten 8.0/9. Both Srijit and Vignesh won €3000 each as their prize. Harsh Suresh and IM Srinath Rao S V won the Super Blitz Tuesday and Friday by scoring 9.0/11 and 8.0/9 each respectively. They both won €200 each for their efforts. The tournament had a total prize fund of €40500. Photo: Ismael Nieto/Benidorm Chess Open

It was a close fight between FM Manu David Suthandram R and IM Srijit Paul for the championship in the A (U2400) section. A last round win ensured Srijit becoming a clear champion 7.5/9, while a loss in the final round moved Manu 6.5/9 down to the fourth place. Srijit also finished at second and third place scoring 9.0/11 and 7.0/9 in Super Blitz Tuesday and Friday each respectively.

Srijit suffered a loss in the fourth round against FM Alessandro Santagati (ITA). He bounced back well by scoring 4.5/5 in the last five rounds. 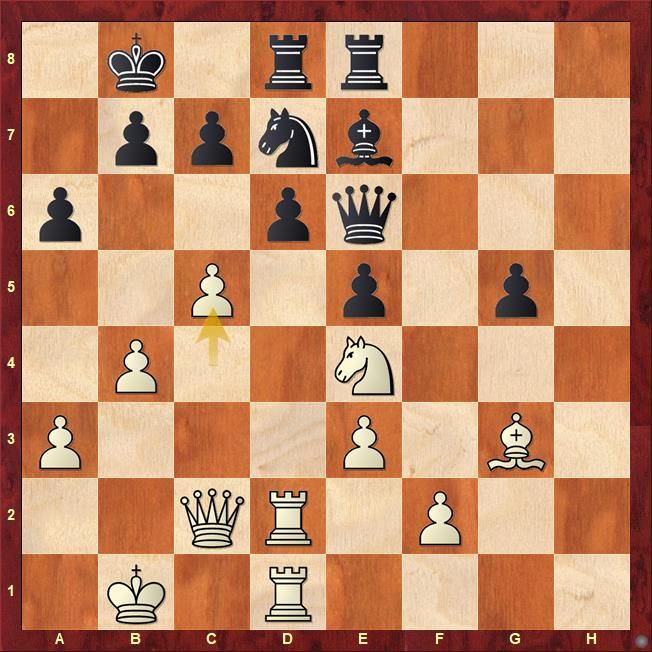 White overstretched his pawns with 31.c5. After 31...dxc5 32.bxc5 Nf8 33.Rxd8+ Rxd8 34.Rxd8+ Bxd8 35.c6 things just completely turned into Black's favor. Srijit's tactical alertness gained him the a3-pawn and eventually the passed a-pawn played a crucial role in him getting the victory and the tournament too.

Vignesh scored six consecutive victories before drawing the next two games and finishing the event with a win to clinch the tournament, a half point ahead of the competition. 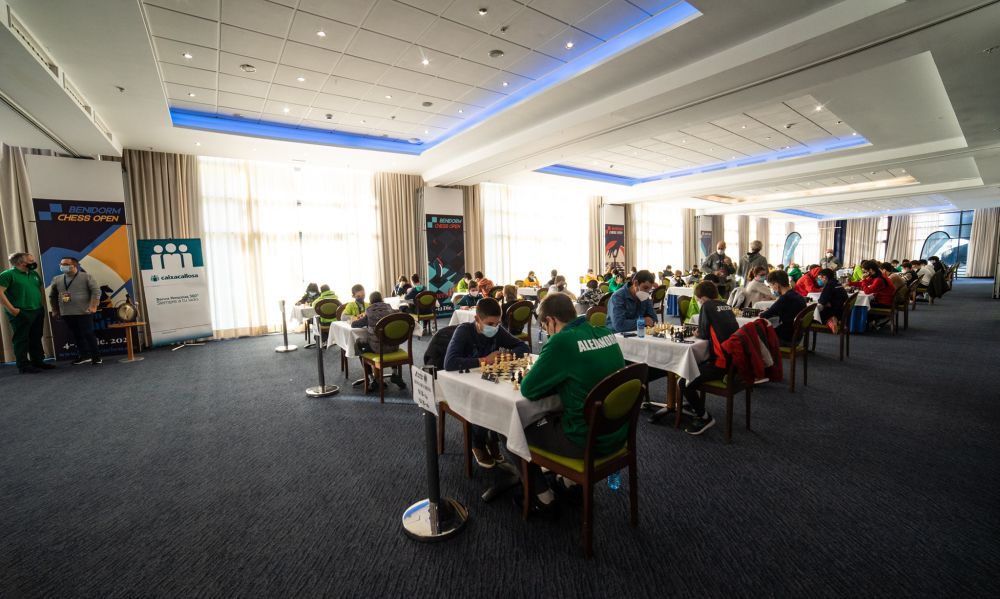 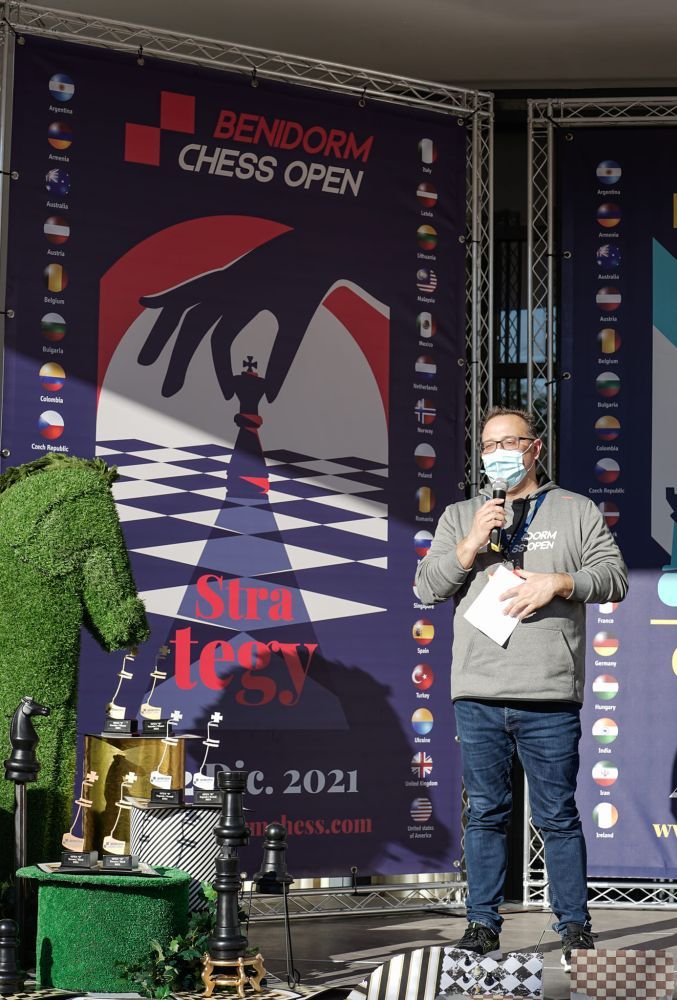 The tournament was organized by Tour Sport Promociones Deportivas and Caballo Blanco from 4th to 12th December 2021 at Hotel Meliá Benidorm in Benidorm, Spain. A combined total of 238 players including four IMs took part in the nine-round Swiss league event from 21 countries across the world. The Blitz events took place on Tuesday 7th and Friday 10th December 2021. The time control for the Classical event was 90 minutes + 30 seconds increment, for Blitz it was 3 minutes + 2 seconds increment. 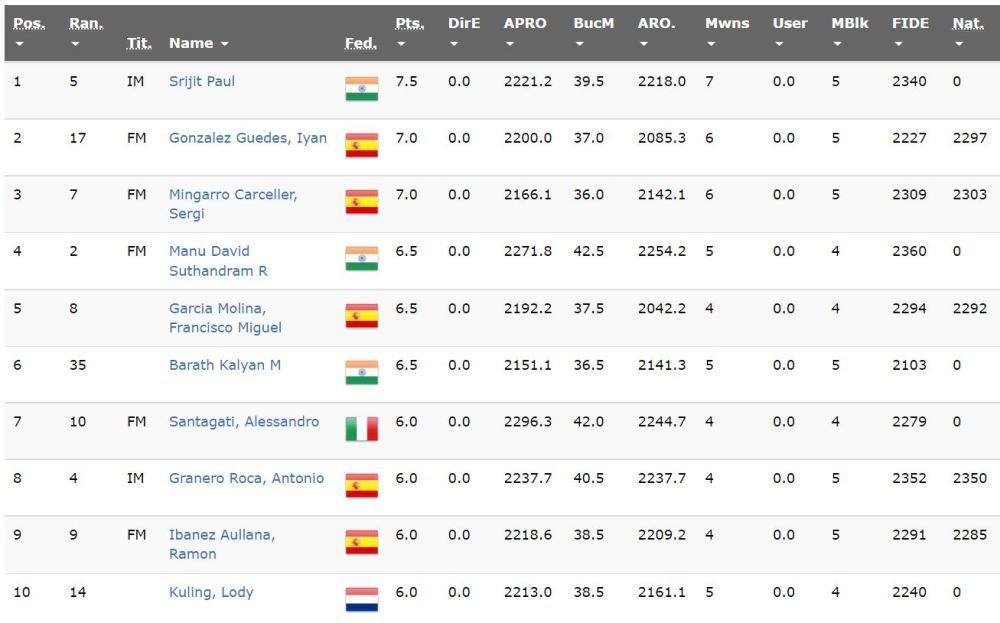 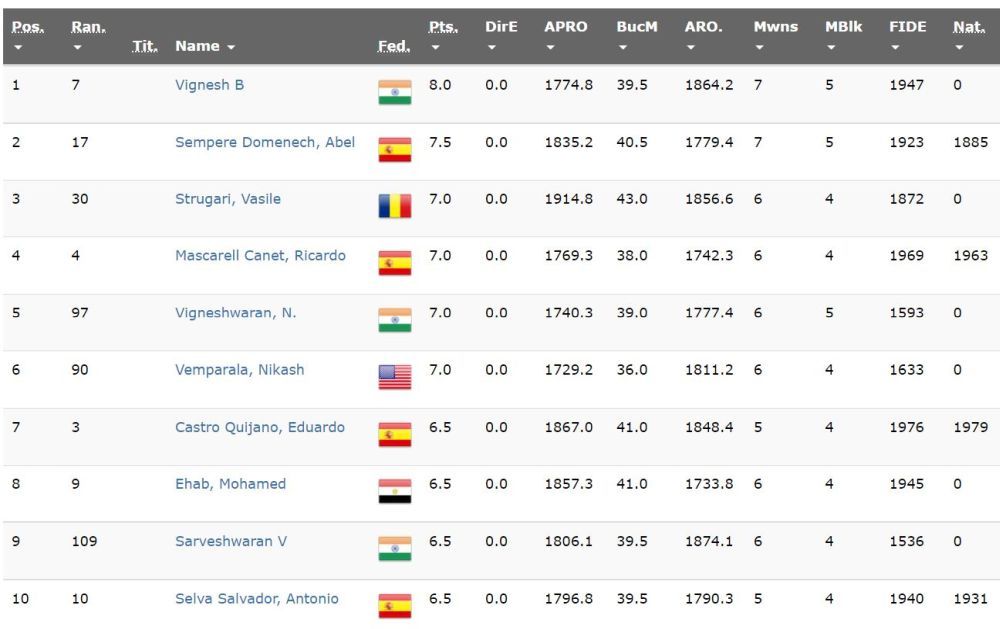 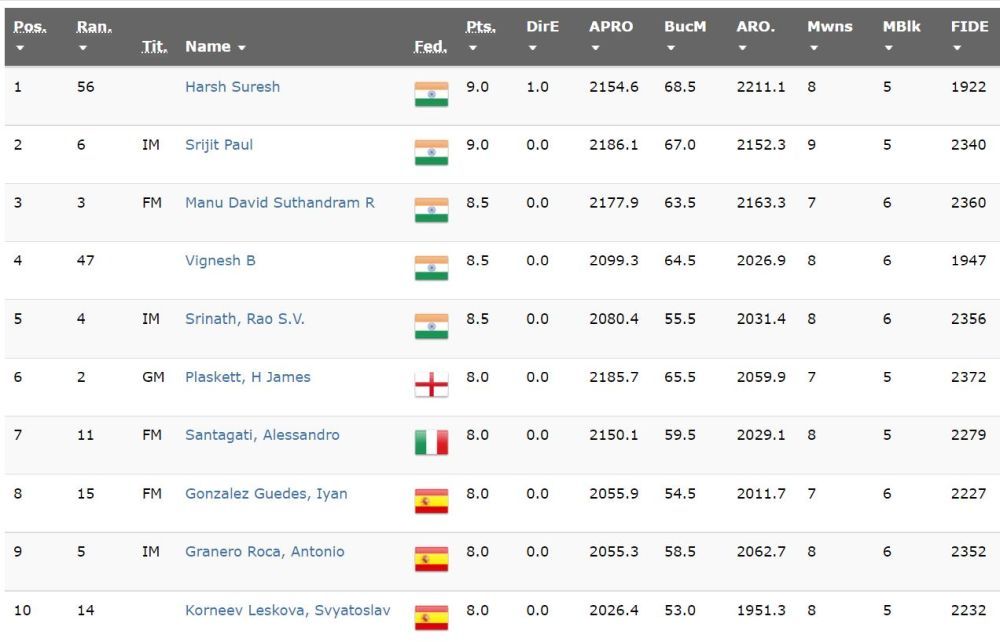 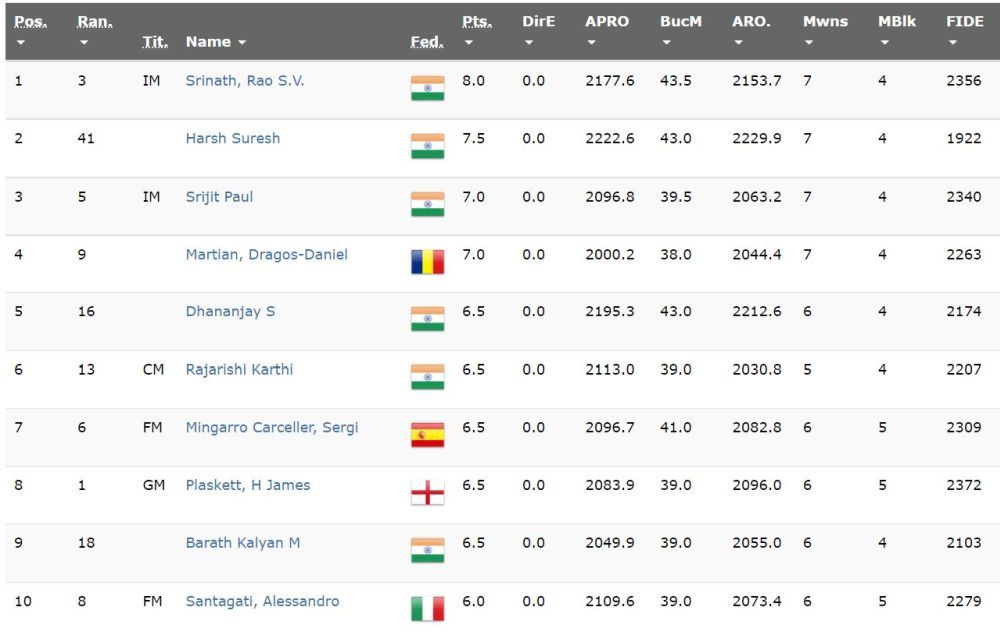