The third round at the Batumi Chess Olympiad 2018 was a mixed day for India. In the open section we played nearly flawless chess to beat Canada with a score of 3.5-0.5 but in the women's section team India was stopped by Serbia with a score of 2-2. In this article we bring you all the photos of the round, videos of Vishy Anand's victory over Eric Hansen, coaches Ramesh and Jacob Aagaard speaking about their respective teams and also of the happenings in the initial minutes of the round. Apart from this we have extremely and instructive analysis sent to us by GM Surya Sekhar Ganguly talking about Harikrishna's game. Do not miss it. 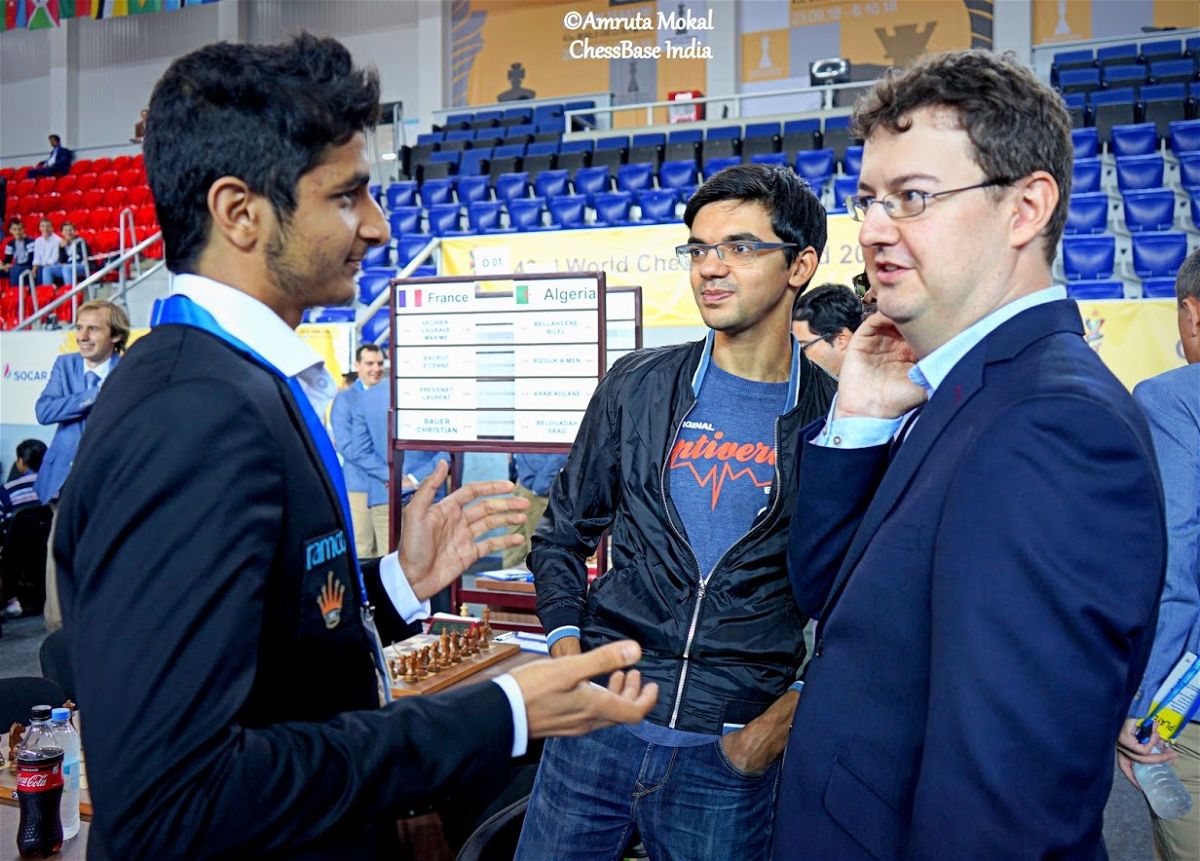 Vidit Gujrathi's daily ritual before the round is to hang out and relax with his Dutch friends! | Photo: Amruta Mokal 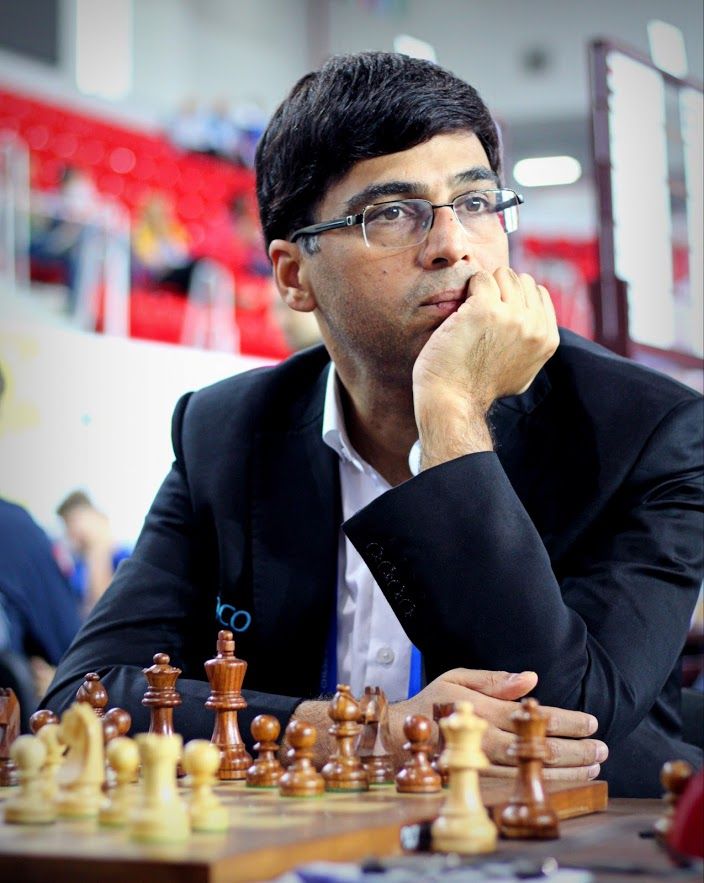 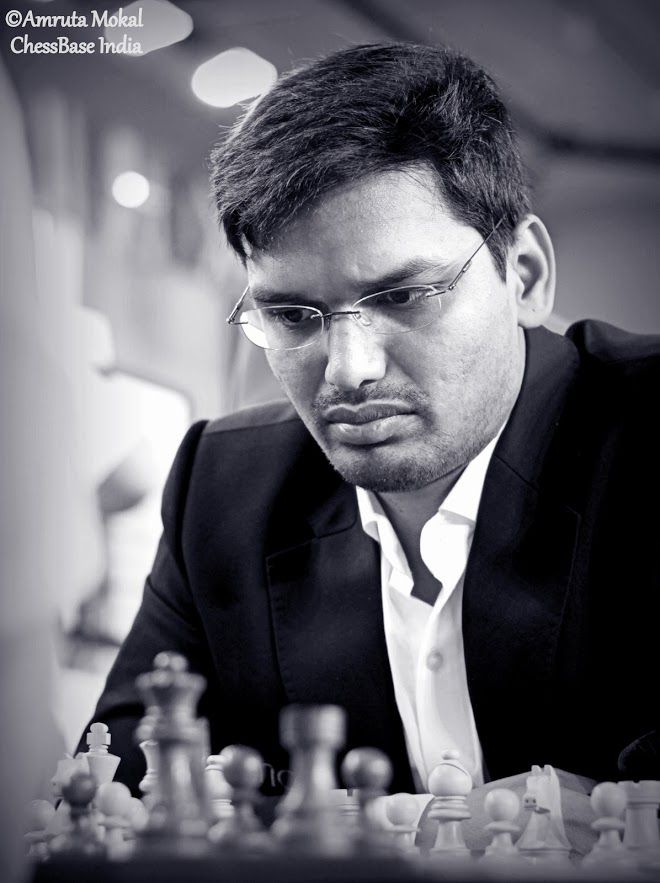 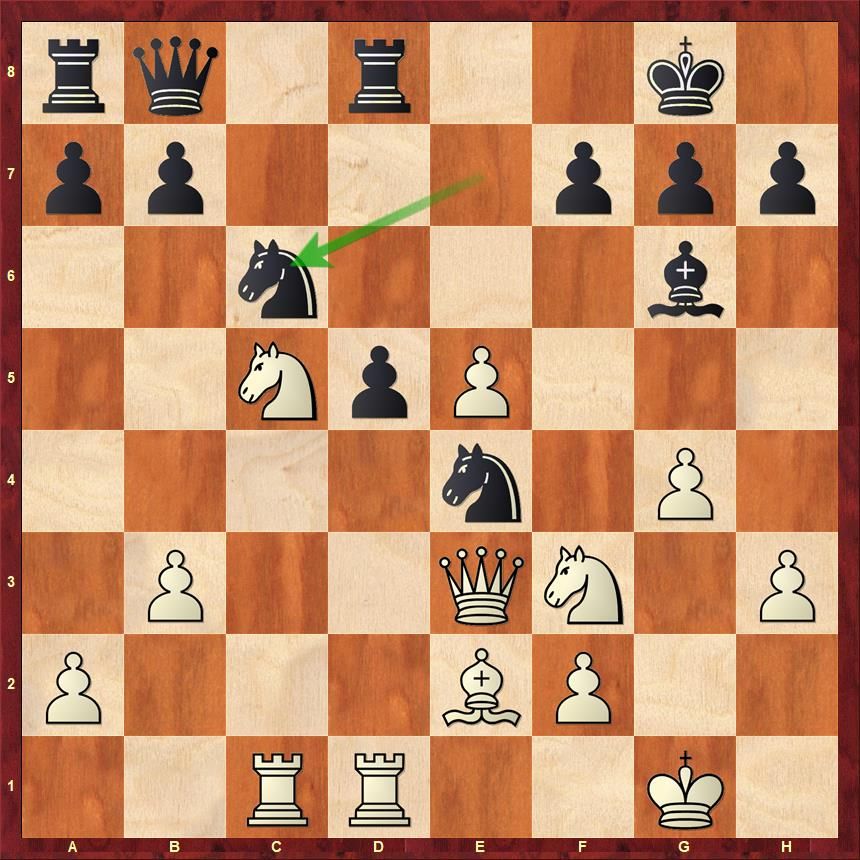 Black has just played his knight to c6. How did White finish him off?

Vidit was completely lost against Evgeny Bareev from the opening. But he fought really hard and somehow managed to hold a draw. In fact towards the end he had also started to get ambitious! 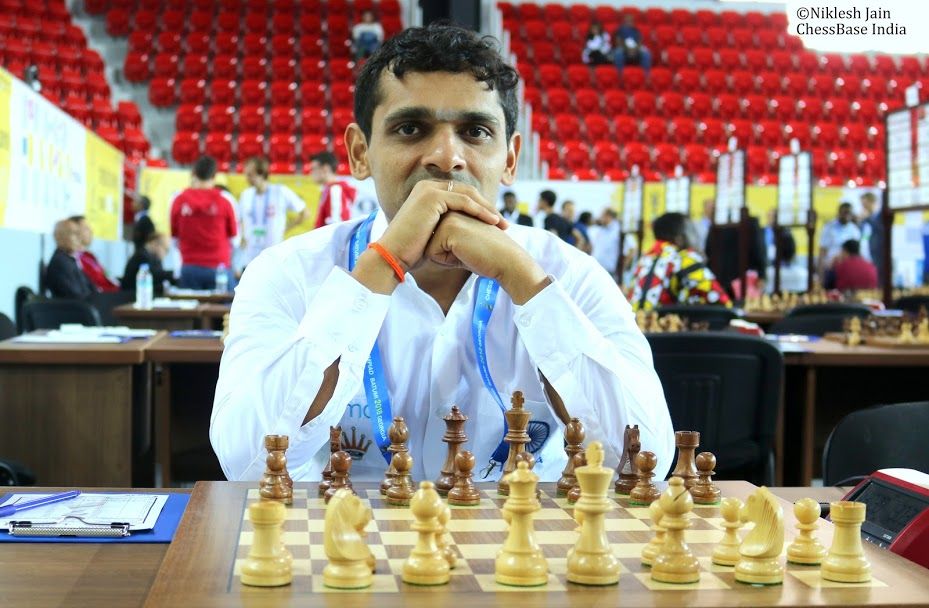 Sasikiran won his game on the fourth board against GM Aman Hambleton | Photo: Niklesh Jain

India's 2-2 score before the games began doesn't look appetising. But once we were in the middle of the battle, this result is acceptable because it seemed as if we would even lose the match. 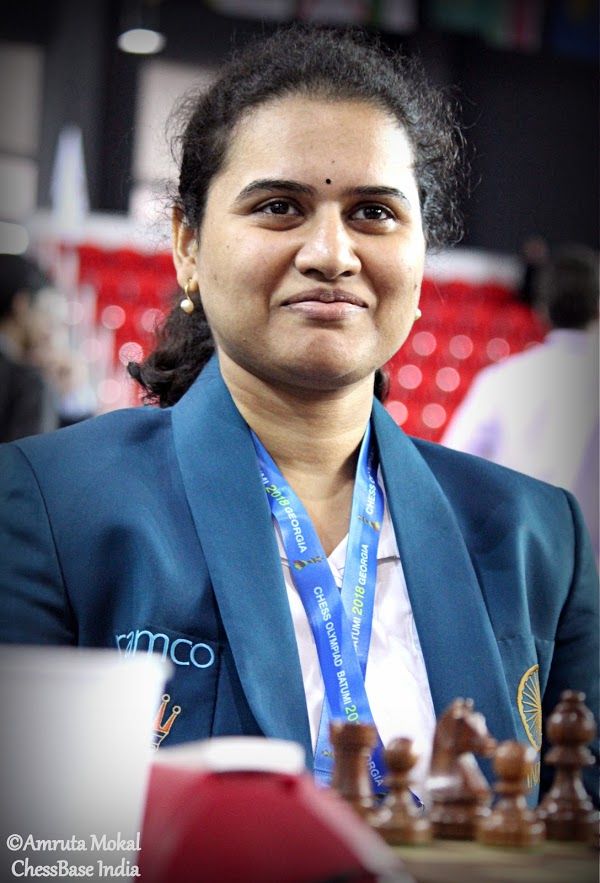 Humpy is resuming chess after a gap of two years, but nothing of that sort is being seen in her games. She is playing enterprising chess and calculating pretty well. | Photo: Amruta Mokal 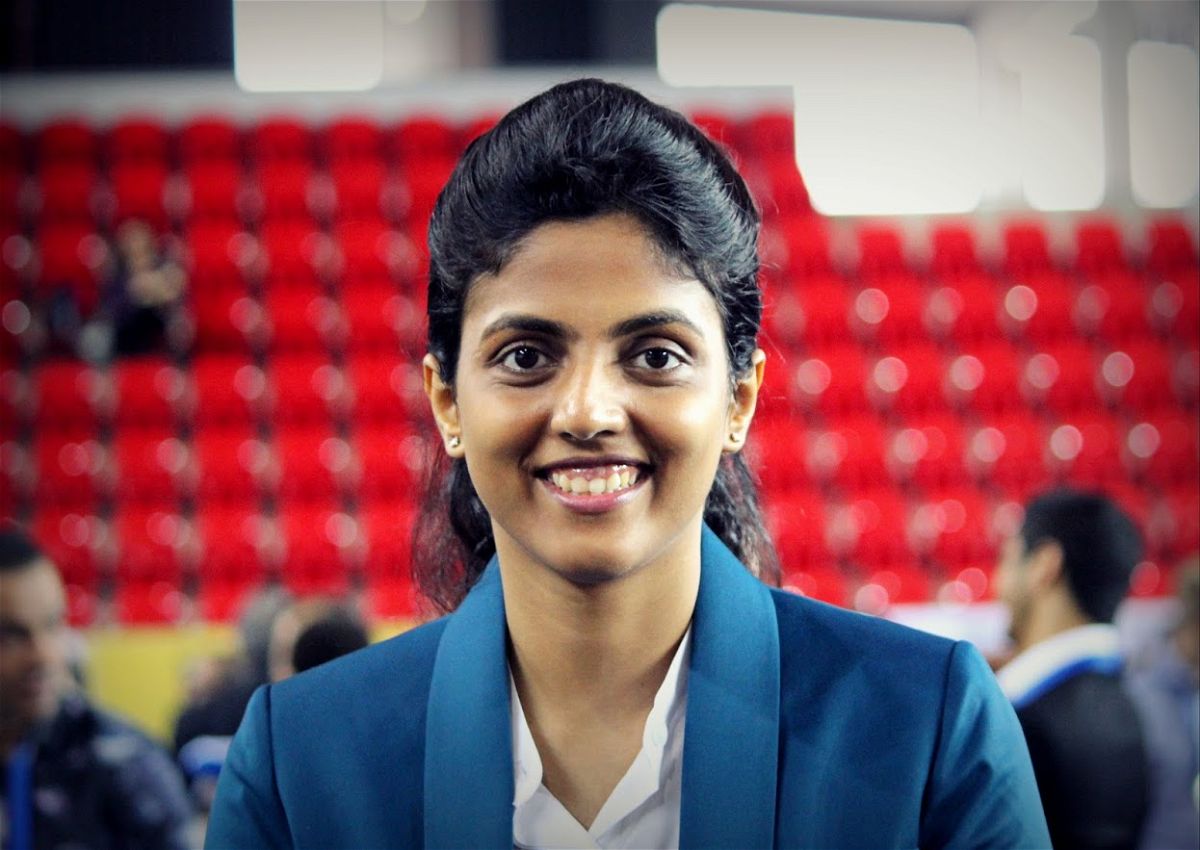 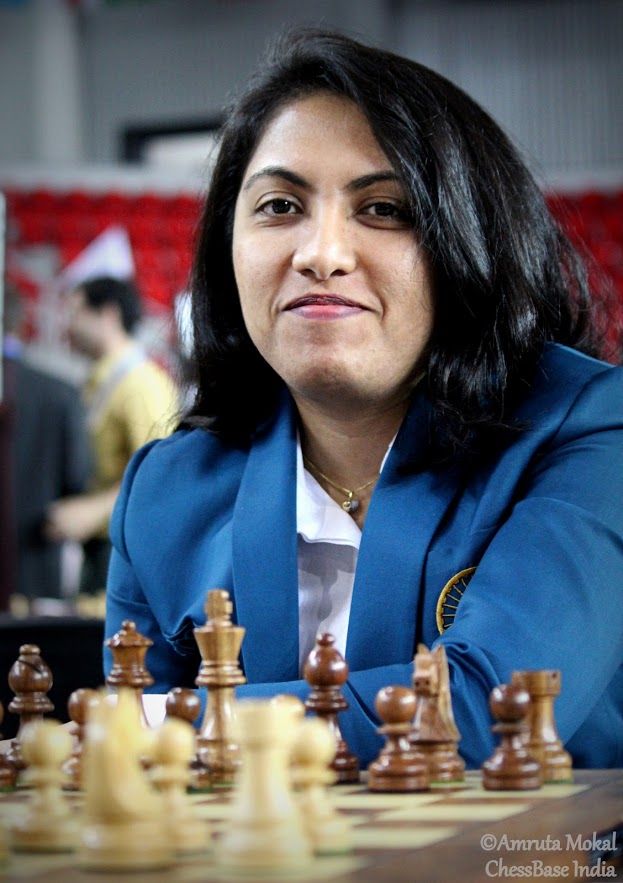 Eesha Karavade was not herself today. She made some uncustomary mistakes and lost right out of the opening. | Photo: Amruta Mokal 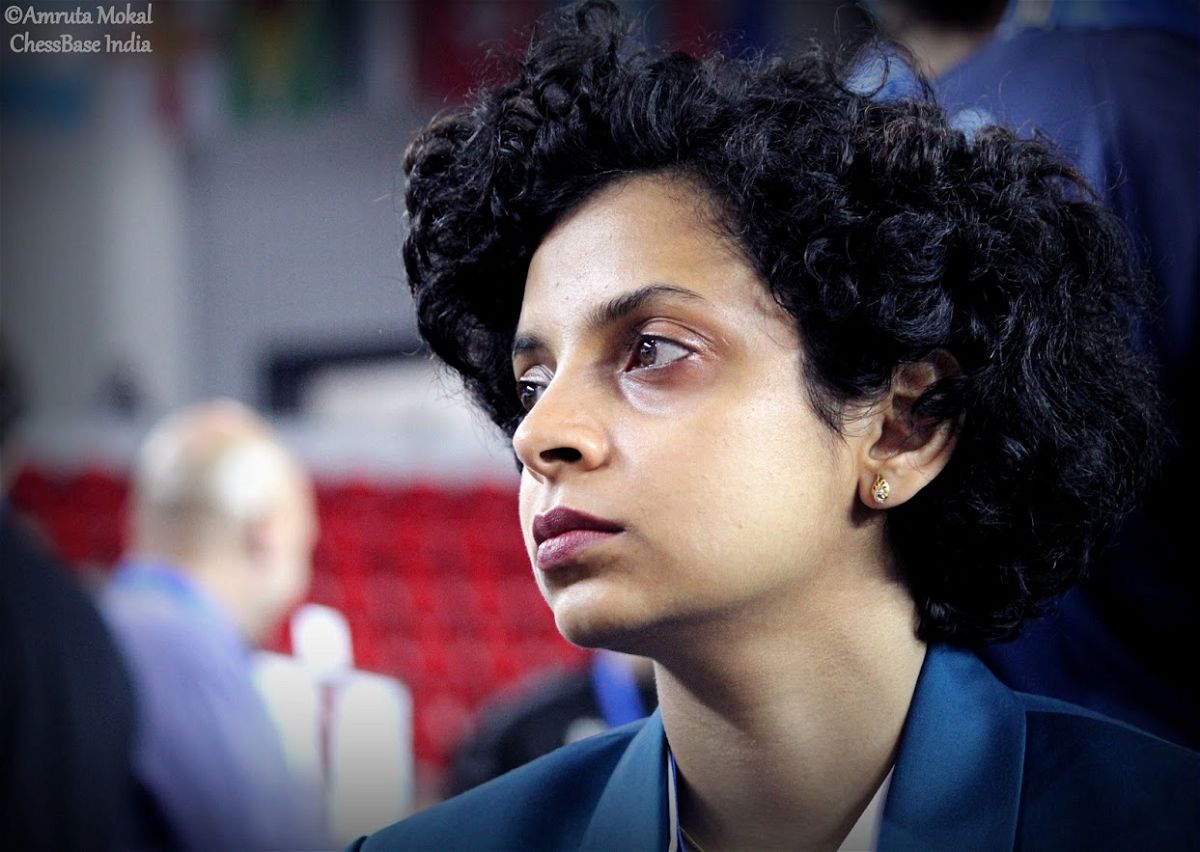 Padmini Rout lost from the white side in the French | Photo: Amruta Mokal

Video round up by GM Jacob Aagaard: 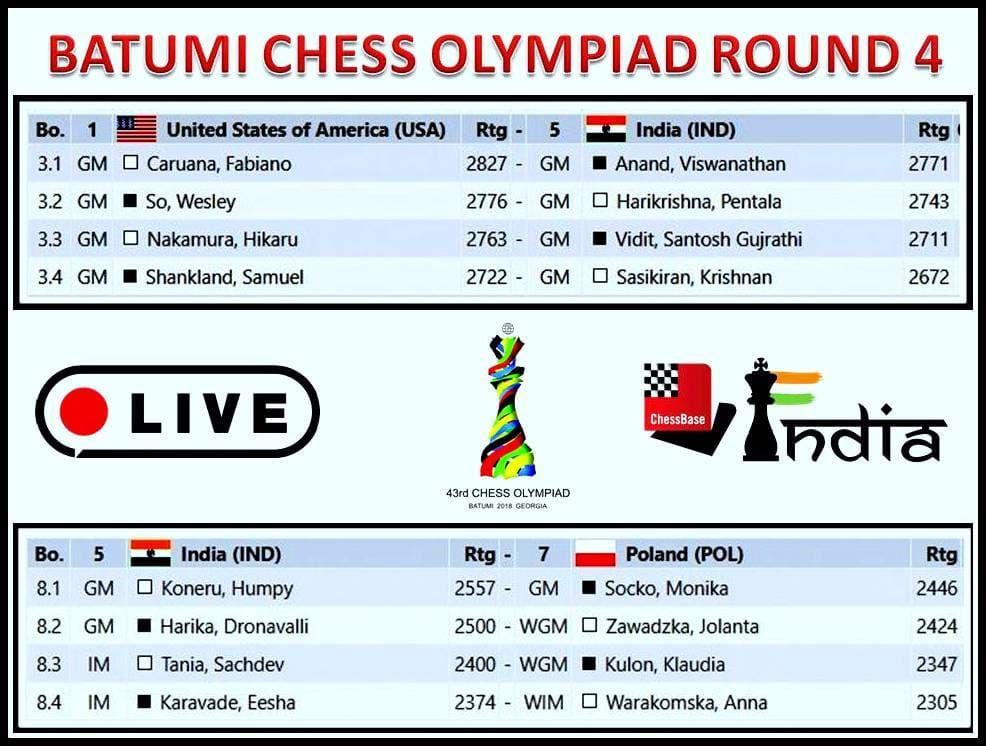