How strong is GM Arjun Erigaisi?

When people talk about the youngsters of Indian chess they usually speak about Praggnanandhaa, Nihal Sarin, D. Gukesh, Raunak Sadhwani, Prithu Gupta and so on. But there is one lad, slightly older than the rest, born in 2003 and 15 years old, who is taking the chess world by a storm. He is none other than Arjun Erigaisi, Telangana's first GM. At the recently concluded World Youth Olympiad 2018 in Turkey he performed at an Elo of 2678 and beat three strong opponents - Abdusattorov Nodirbek of Uzbekistan, Andrey Esipenko of Russia and Viktor Matviishen of Ukraine. In this article you can go through all the three games and two of them have been annotated by Arjun himself. This is the perfect way to know how strong Arjun really is.

When you look at the list of the top 50 youngest GMs in the world, you will find ten Indians! This is something truly remarkable and shows that India has had a track record of creating young prodigious talents. The youngest players on the list who became GMs recently are well known. They are Gukesh (12y,7m,17d) Praggnanandhaa (12y,10m,13d) and Nihal Sarin (14y,1m,1d). There are some more players who achieved the feat many years ago and went on to become strong world class GMs like Harikrishna (15y,3m,5d), Parimarjan Negi (13y,4m,22d), Humpy Koneru (15y,1m,27d). And then there are those who are in between the world class players and young prodigies - they are Vaibhav Suri (15y,2m,21d), Aravindh Chithambaram (14y,9m,14d) and Aryan Chopra (14y,9m,3d).

Youngest GMs of all time

There is one name of an Indian player which we missed out in the opening paragraph of the article and that is GM Arjun Erigaisi, the first GM from Telangana. The reason is simple - Arjun doesn't really fit in any of the categories. Born in 2003, he is just 15 years old, but look at the steadiness of his games and you will be surprised. To make my point clear I wanted to show two games that Arjun himself has annotated from the World Youth Olympiad 2018. 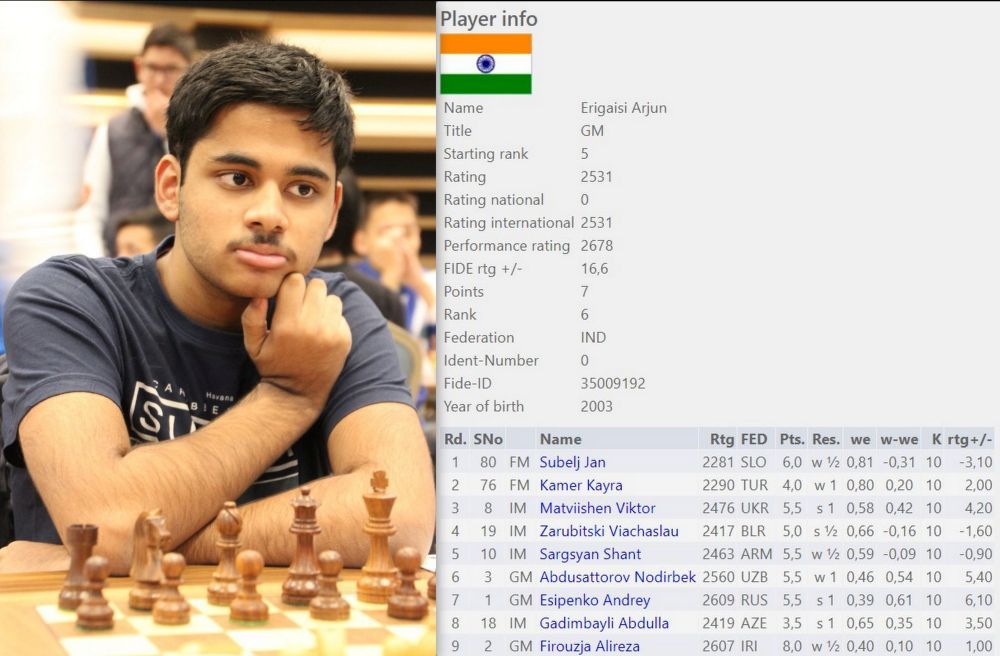 Have a look at the players whom he defeated. Viktor Matviishen is one of Ukraine's most talented players. Then there was Nodirbek Abdusattorov, who is claimed by many including Rustam Kasimdzhanov, as the next big thing that the world of chess has ever seen. And then you have Andrey Esipenko! This Russian youngster almost won Tata Steel Challengers 2018. Arjun beat these three best hopes of Ukraine, Uzbekistan and Russia in one tournament! He currently has a rating of 2548.

Arjun says, "It was a double round day. The pairing had come very late so I did not have much time to prepare." The game began as Queen's Gambit Declined and after a few moves this position was reached: 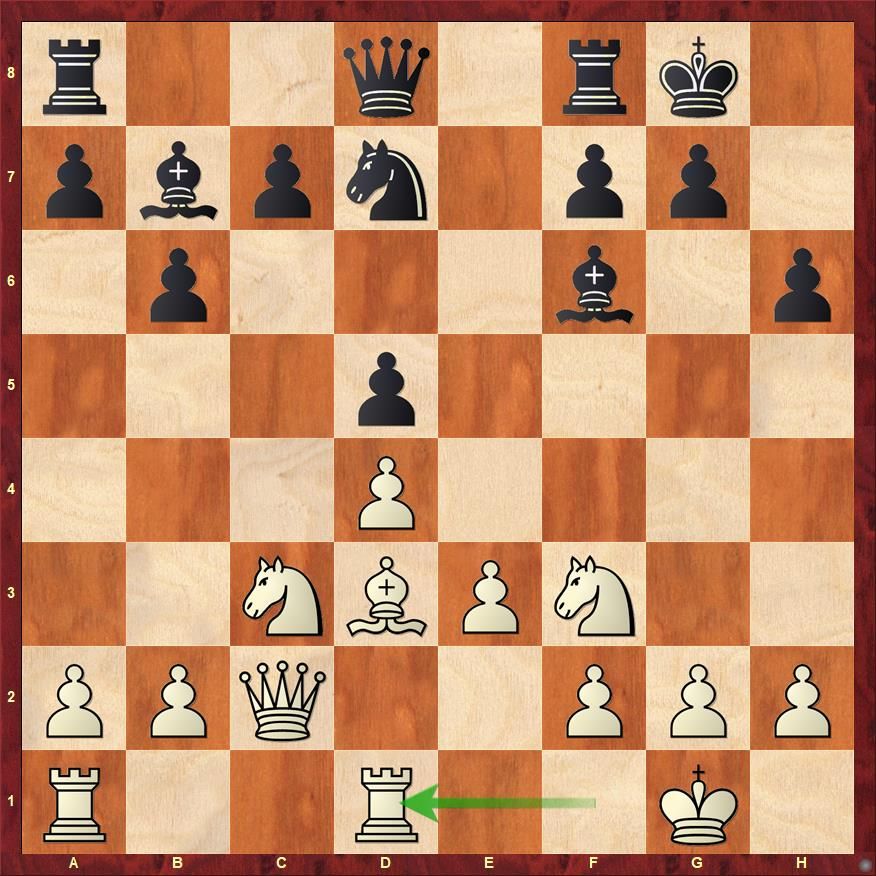 Arjun: "At this point, I did not like my position at all because Black mainly wants to play ...c5 at some point, but here it would be clearly wrong." 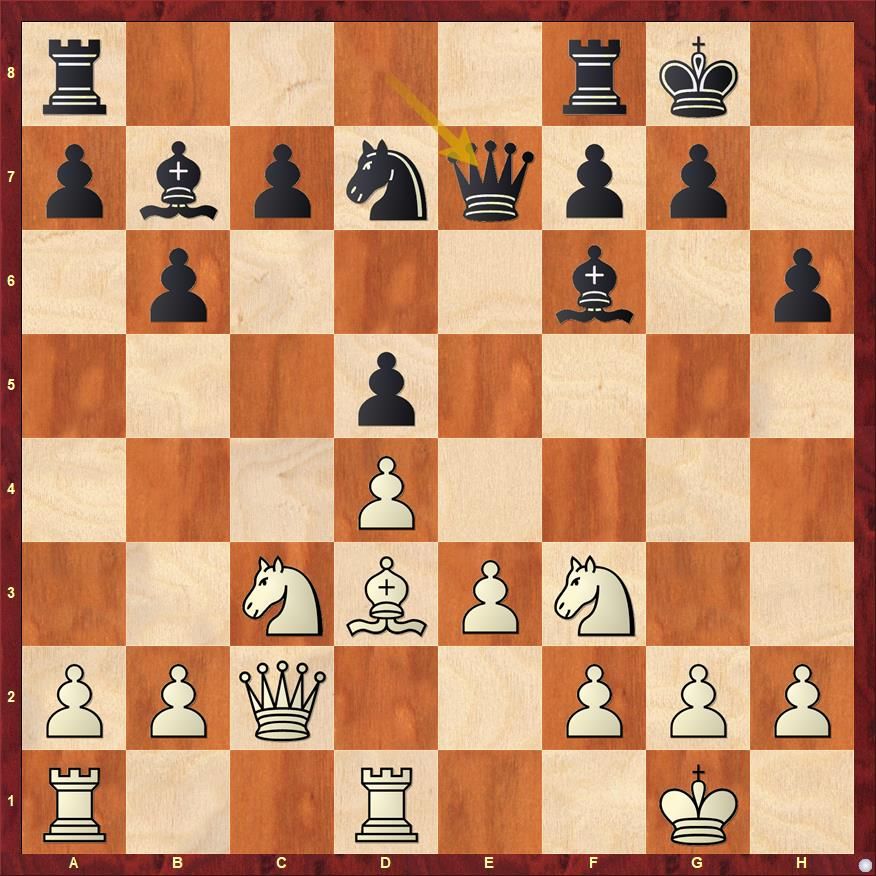 Black has just played ...Qe7. How should White try for an opening advantage? 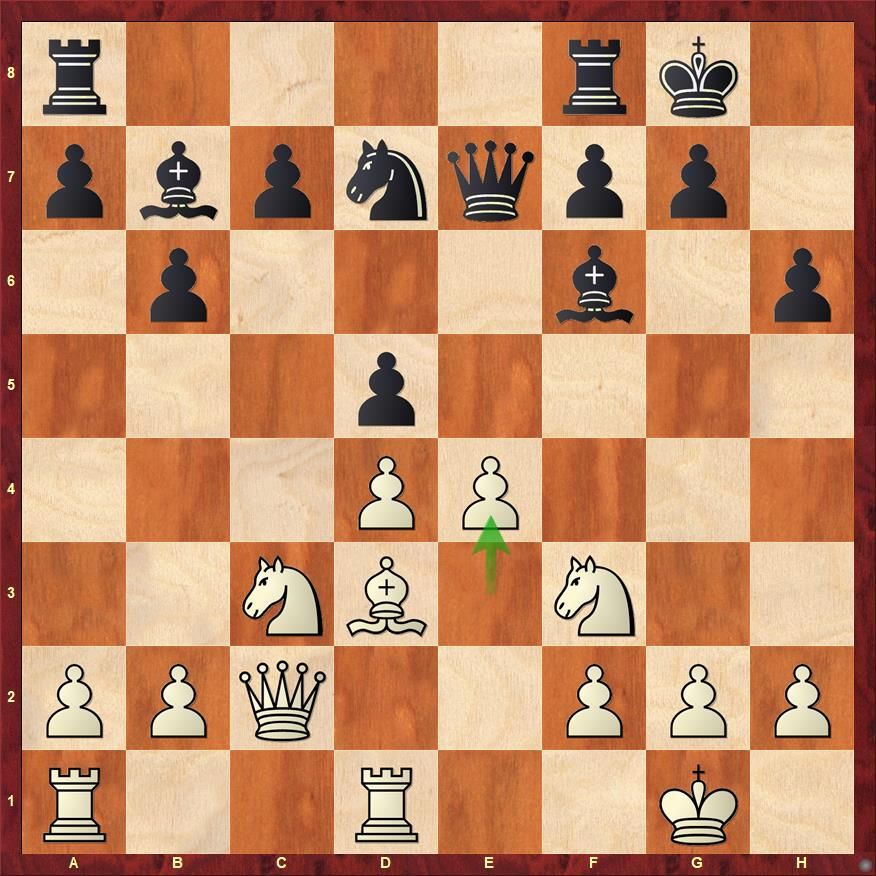 Arjun's opponent didn't take his chance. He had to play e4 as Arjun mentions in his notes (below). This transformation in the position is sometimes not so easy, because White is accepting an isolated pawn, but at the same time it is important to make use of your better placed pieces. Hence e4! is a good move in the above position. 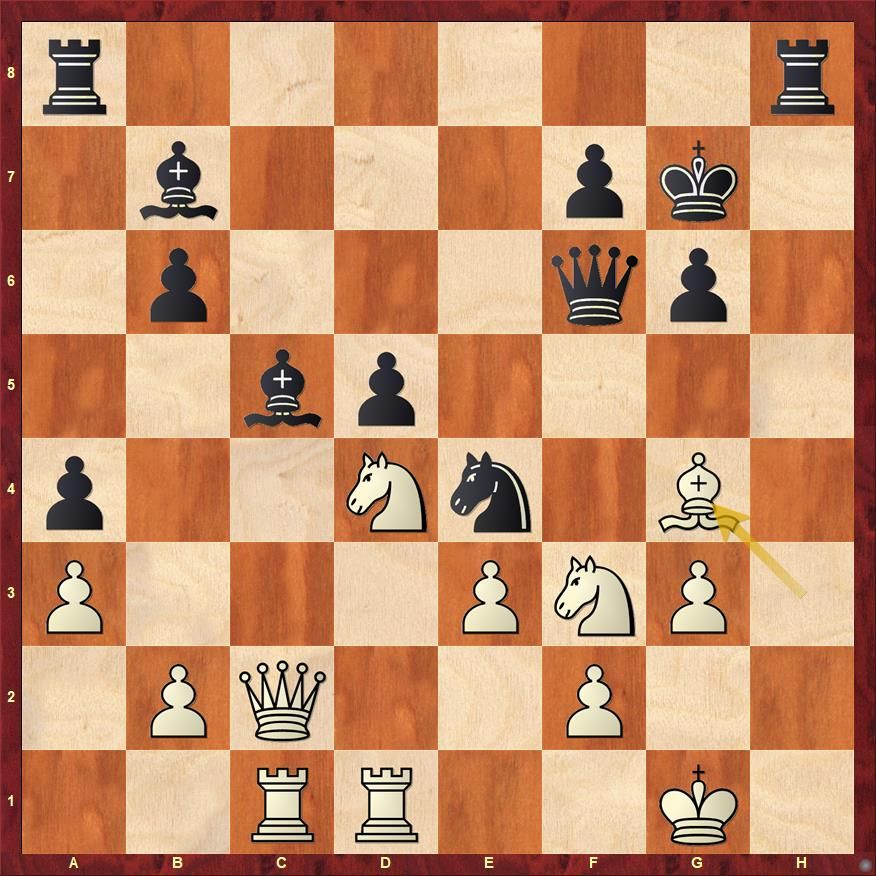 It's time now to finish off the game. White has just played Bg4. How do you end it with Black?

The correct move is to take on d4. White cannot take back with the knight because of ...Nxf2 Qxf2 and Rh1+! So White must take back on d4 with the rook. 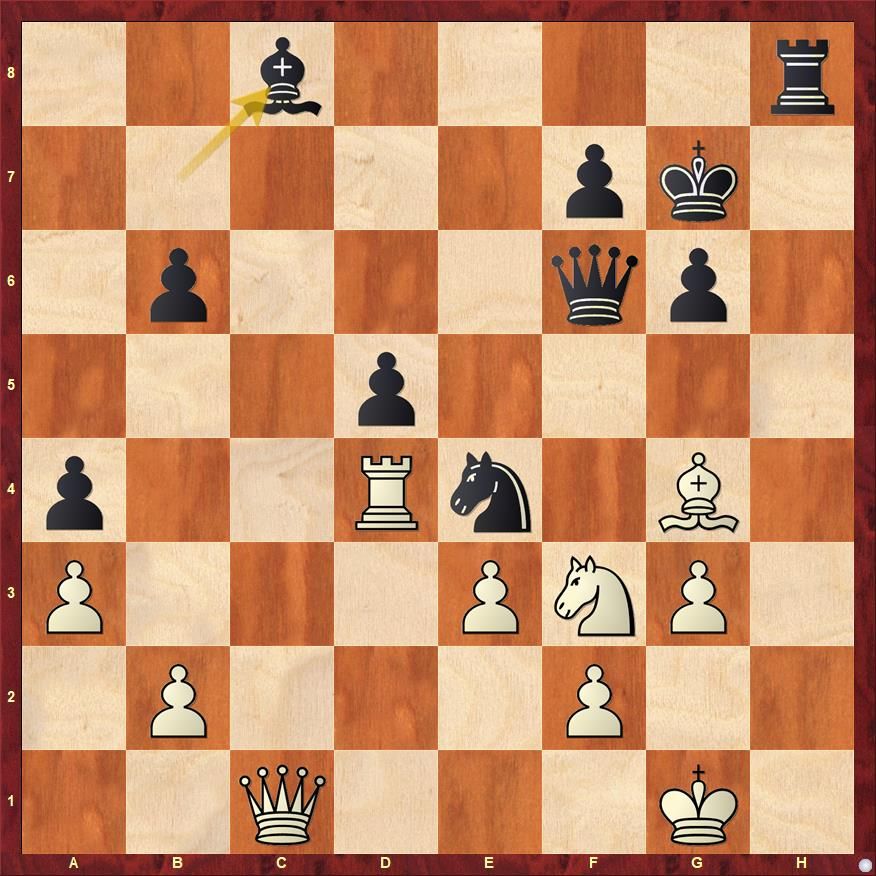 The final stroke! The bishop on g4 is overloaded and the knight on f3 falls. 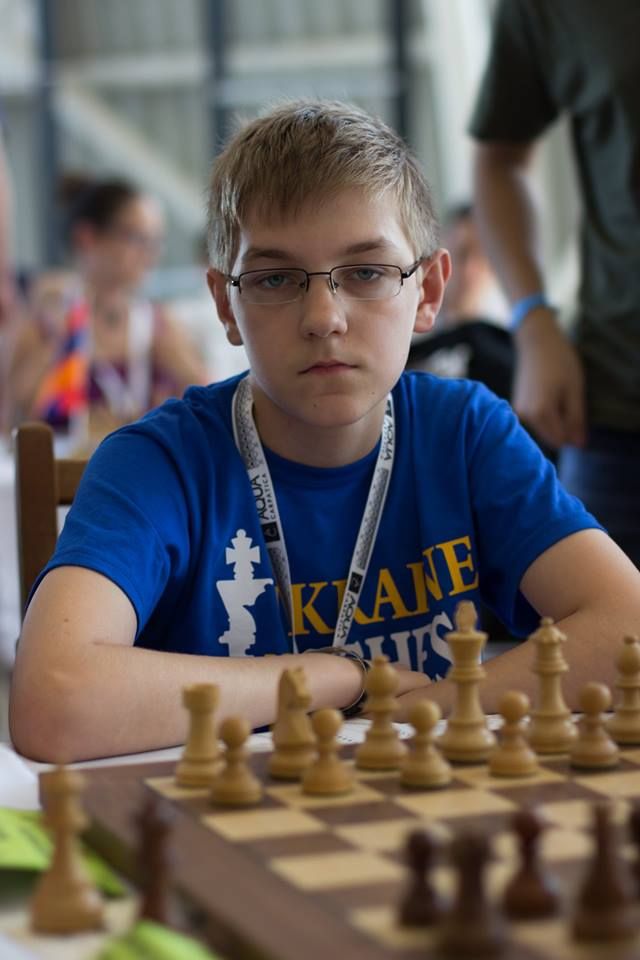 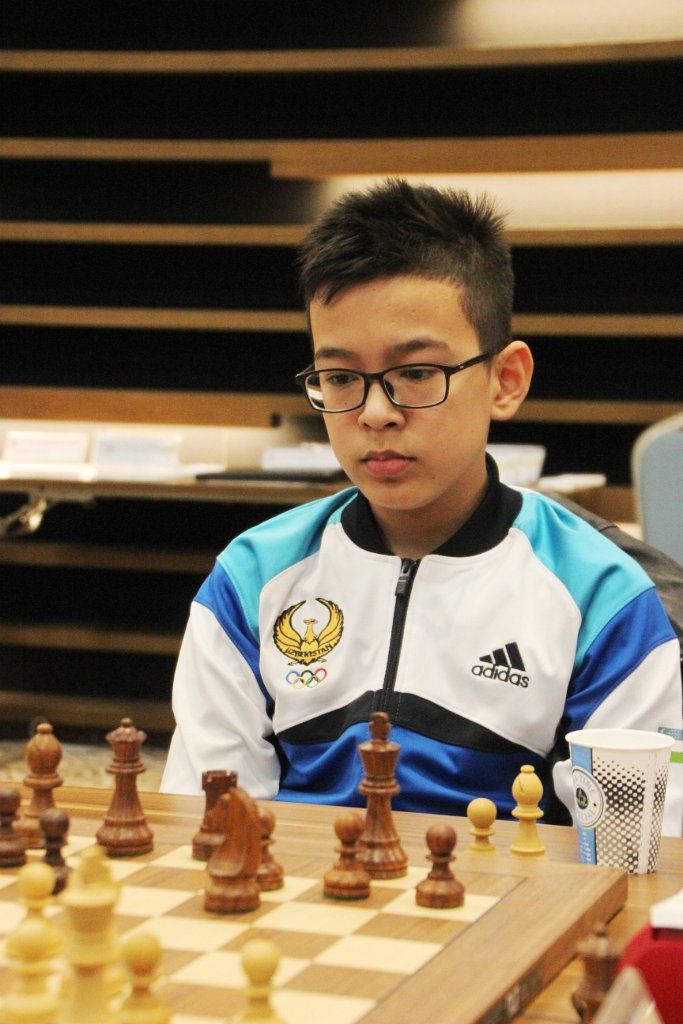 Nodirbek Abdusattorov - the 5th youngest GM in the history of chess | Photo: WYCO 2018

Arjun: "Our team coach, Srinath Narayanan helped me on the rest day to prepare 1. e4 against Abdusattorov. I played this for the second time in my life ever, so it was obvious that he would be surprised with my opening choice. Against this he reacts with either 1...e5 and goes for the Ruy-Lopez or 1...c5 and goes for the Sicilian Naidorf in most of his games." 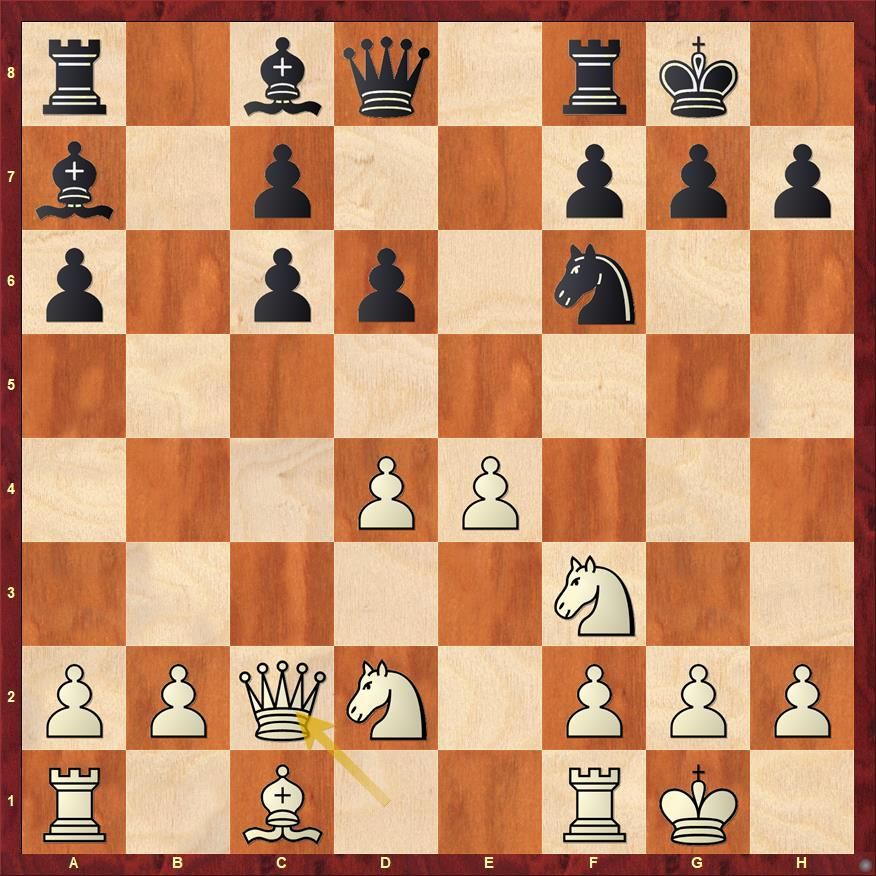 In the Anti-Berlin Black has the bishop pair, but White has a nice centre. According to Arjun, White is slightly better here. 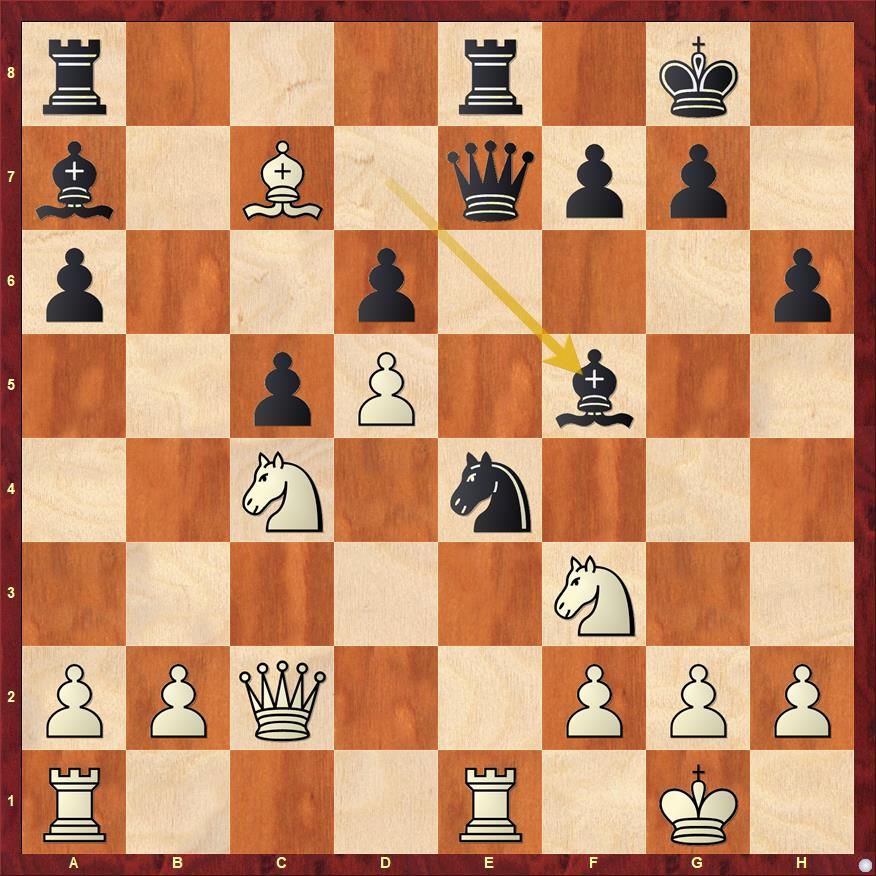 The fireworks begin here. Abdusattorov has just moved his bishop to f5. How should Arjun continue? 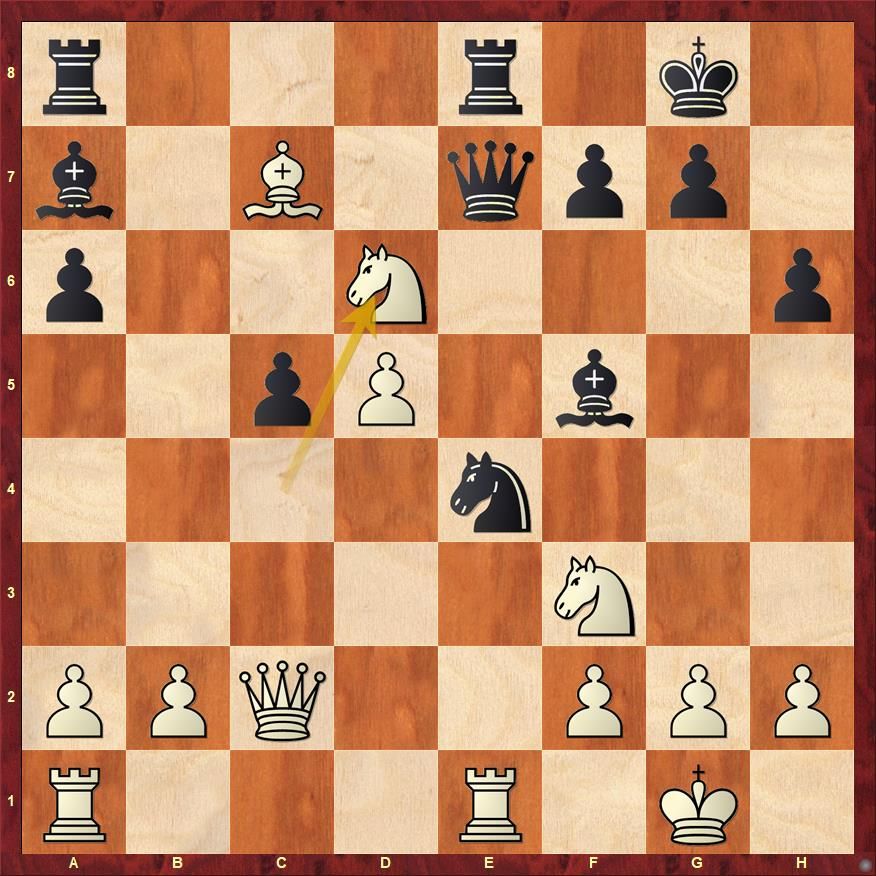 Arjun doesn't shy away from complications and takes the pawn on d6! 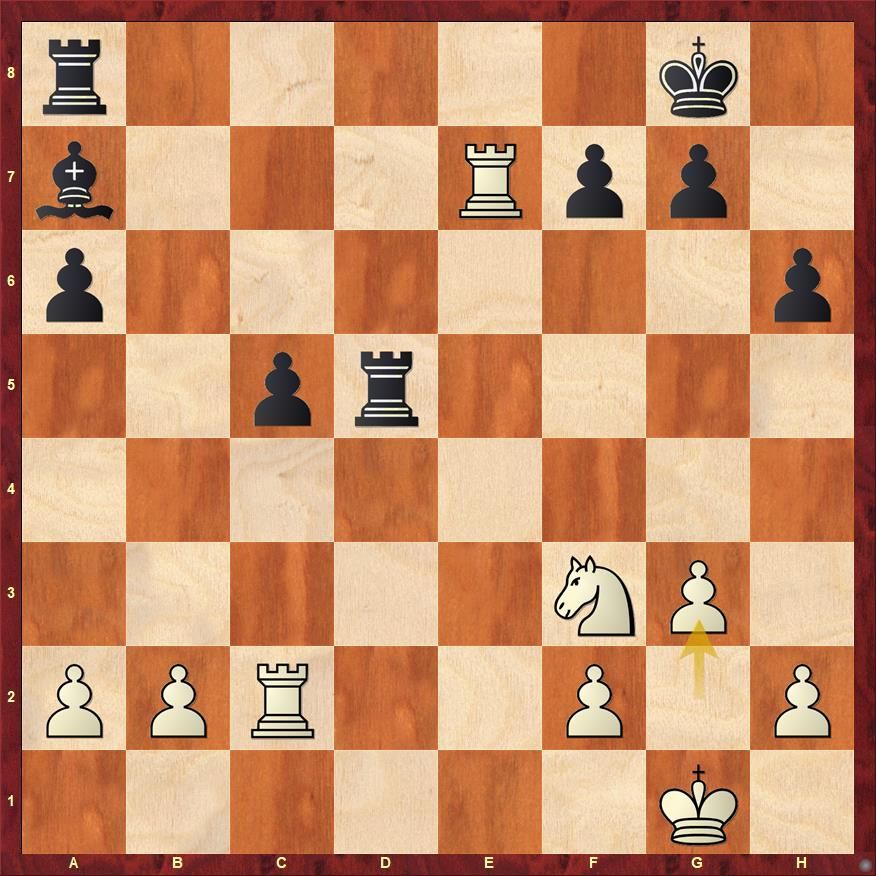 Arjun: "Here, I was happy with my position!" 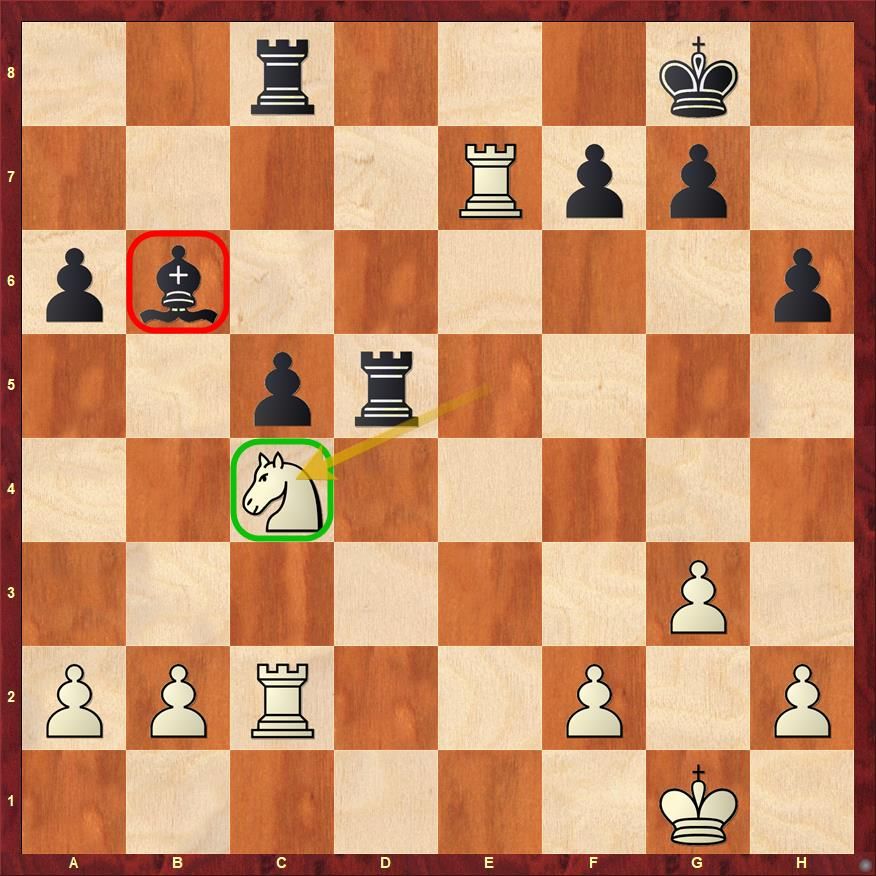 The knight on c4 is clearly superior to the bishop on b6. White is better and Arjun went on to the win the game.

After winning the game, Arjun said, "I would like to give all the credit of this victory to coach of the team Srinath Narayanan."

Young ambitious players like Srinath are also excellent coaches because they give their 100% when they go to a tournament. You can read about Srinath's experience of being a trainer of the World Youth Team over here. | Photo: Shahid Ahmed

Srinath on Arjun Erigaisi: "Arjun is, of course, a remarkable talent. Right now, his opening repertoire and range appear a bit narrow, but it seems clear that expansion can be done rapidly. He has an excellent natural understanding of chess and absorbs new chess information like how a sponge absorbs water. I don't have a lot of information about how he grew up to become so strong, but I suspect that it may have something to do with his special, secret diet, which we won't reveal in public for now! Given his qualities, I suspect that, if he is able to receive good infrastructure and support, he has a good probability of progressing far, rapidly. In this tournament, he more or less pulled the team forward. Arjun's presence reduced a lot of pressure from the other boards. In this tournament, I tried to push him a bit in some games which went quite successfully. He showed great versatility and never seemed to tire of chess." 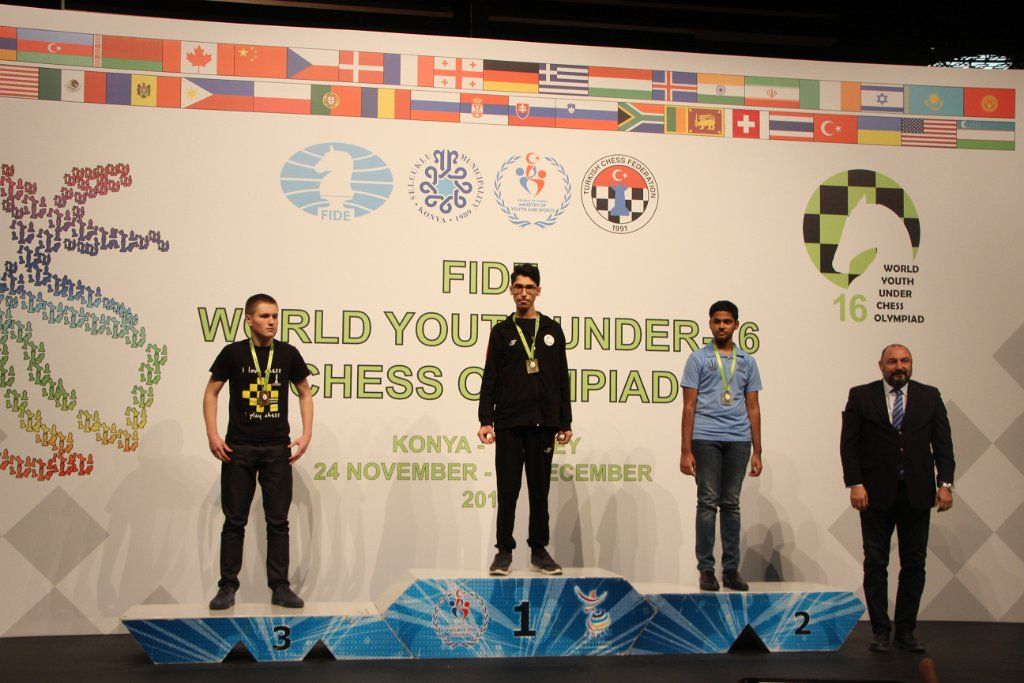 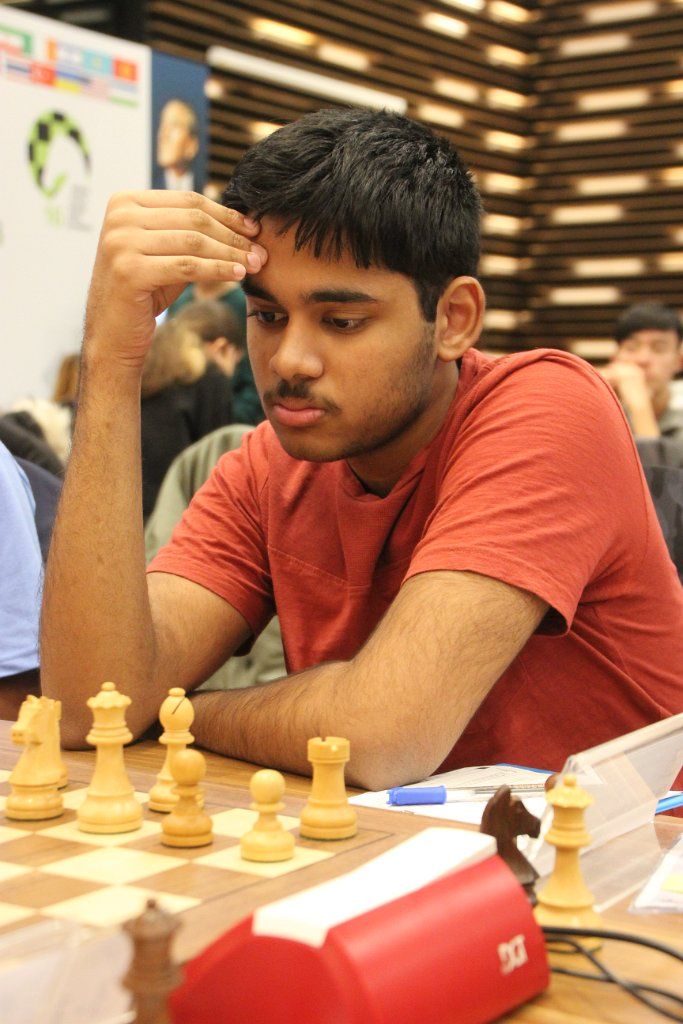 On a parting note, I would like to leave you with Arjun's win over Andrey Esipenko, who is Russia's finest talent at this point of time. 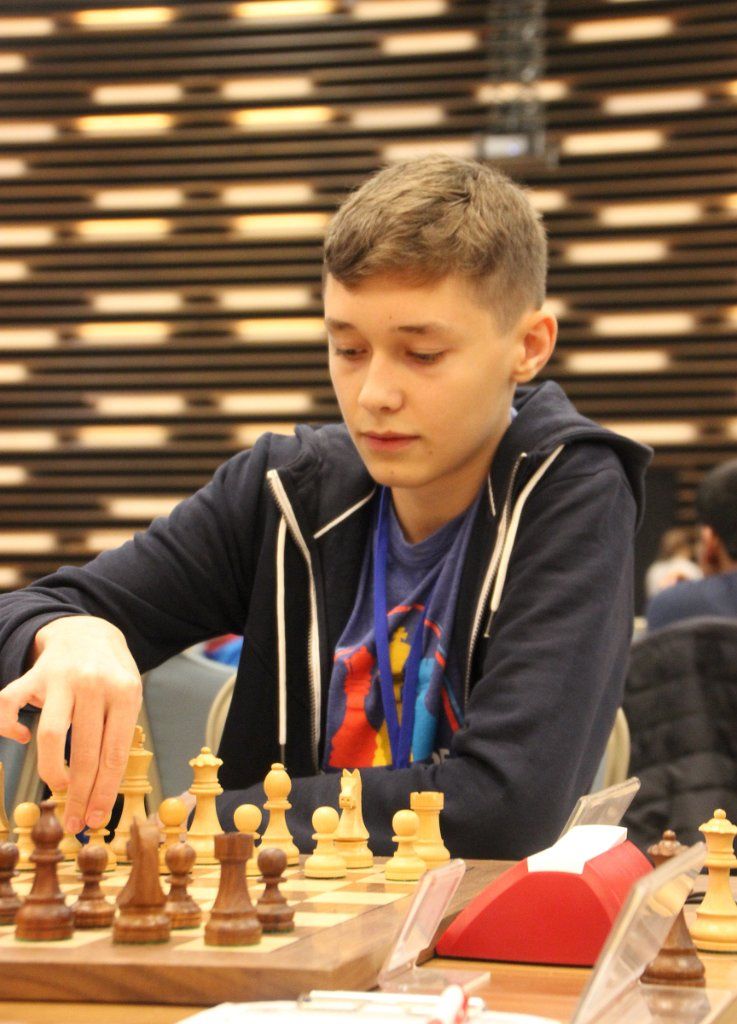 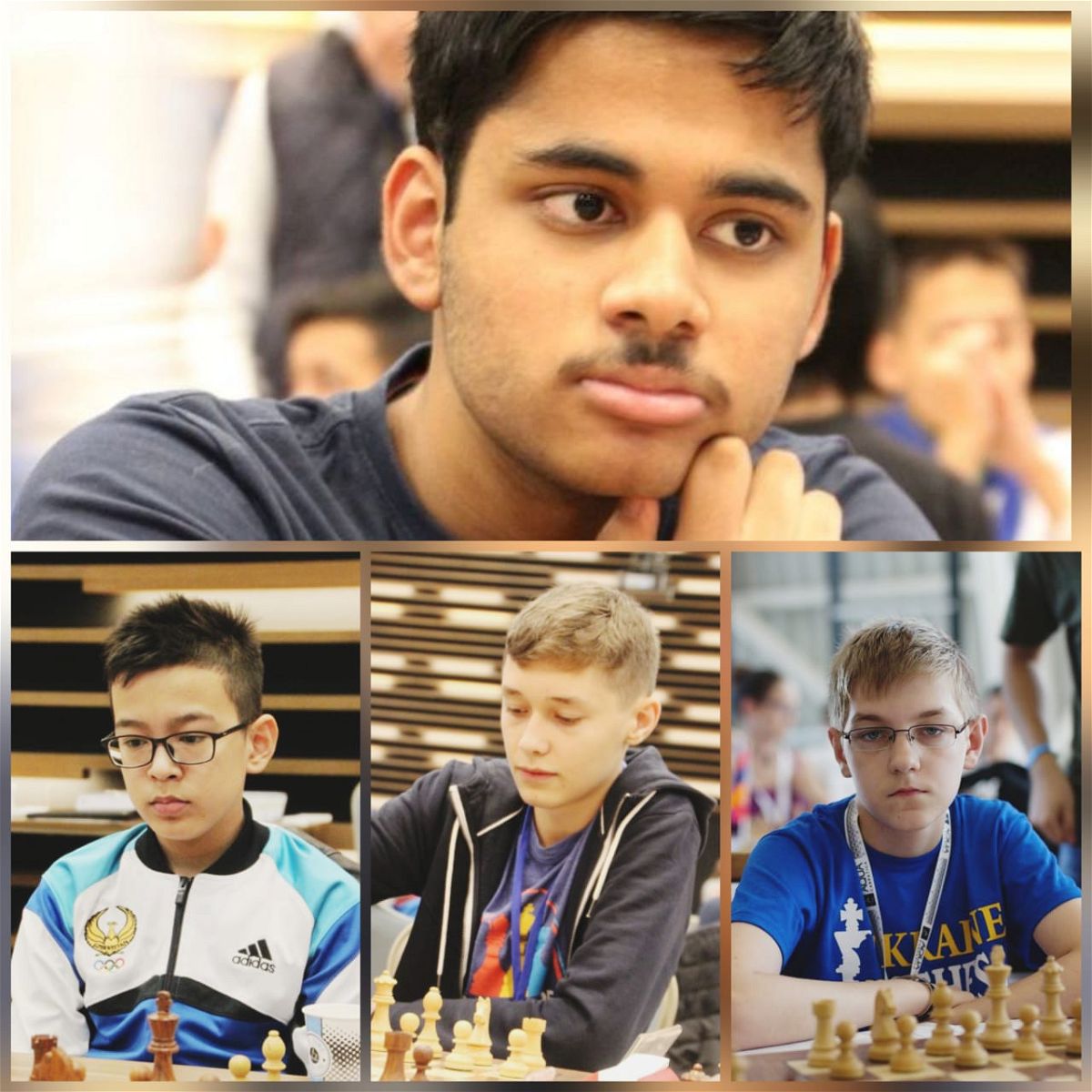 Arjun's feat should not go unnoticed. He has beaten three of world's strongest juniors and that too in a single event | Photo: Wyco 2018 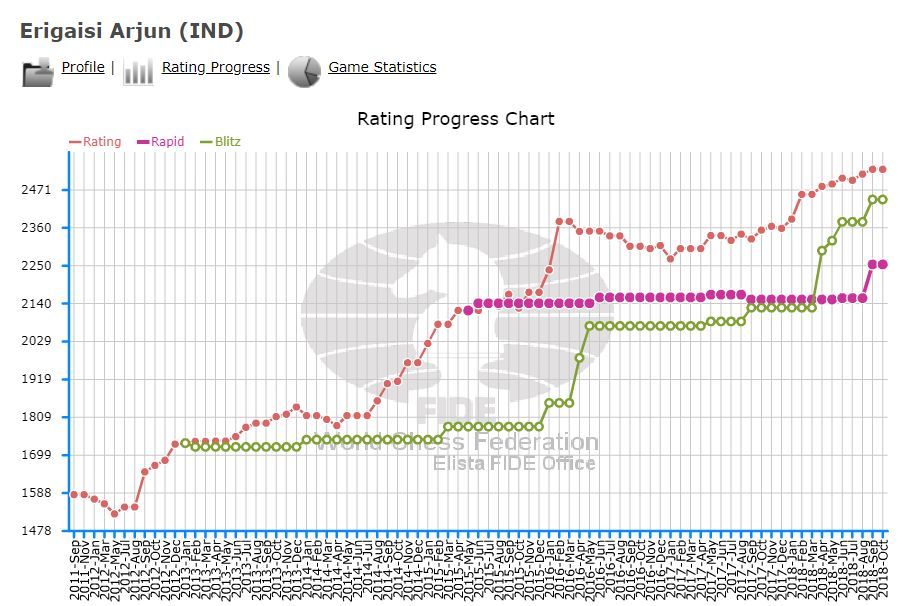 Look at that worm, just going up and up! Arjun lost 22 Elo points at the Delhi GM Open, but it has more to do with the youngster trying to experiment and grow as a player. 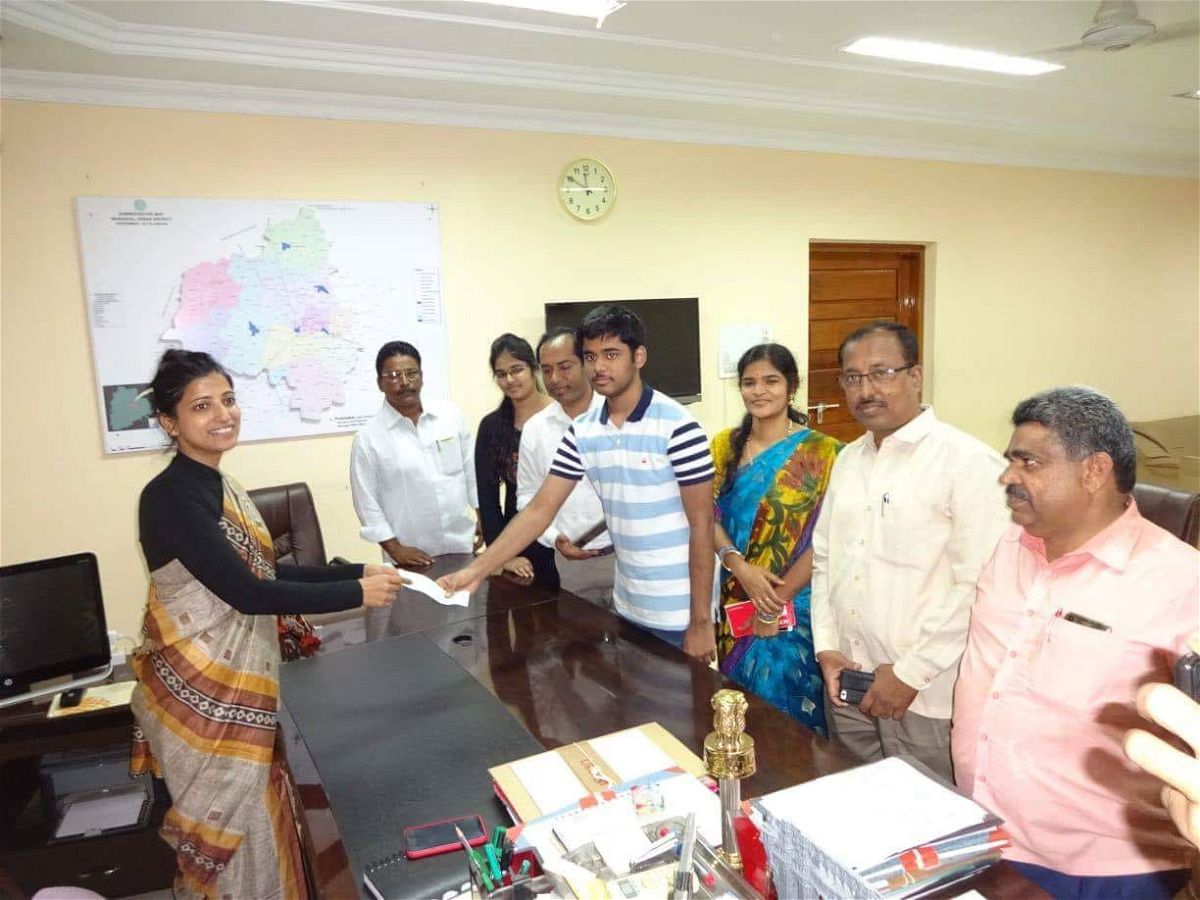 We have to mention that Arjun is not just a wonderful player. He is also a kind hearted person which can be clearly seen when he donated Rs.50,000 for the Kerala flood victims.
Related news: