Karthik Venkataraman got a pleasant position out of the opening against Jose Eduardo Martinez Alcantara. First he gave up a pawn to free his knight and then he lost another. 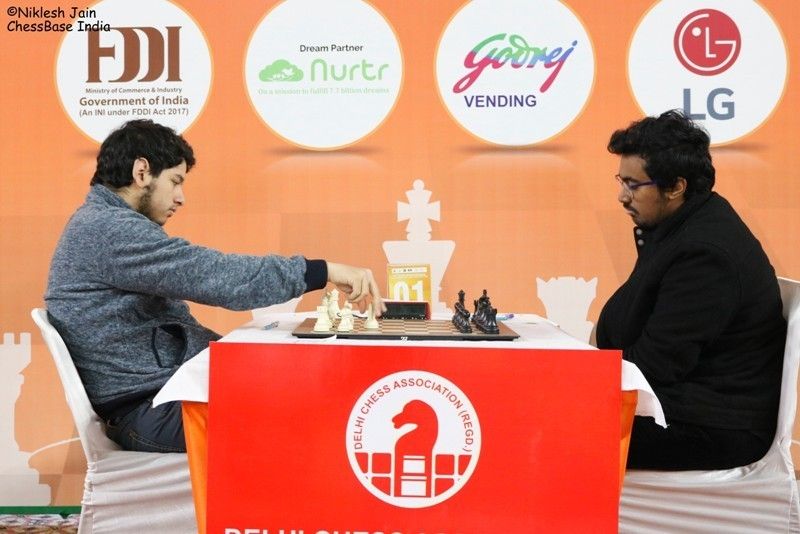 Karthik made it seem easy against Martinez | Photo: Niklesh Jain 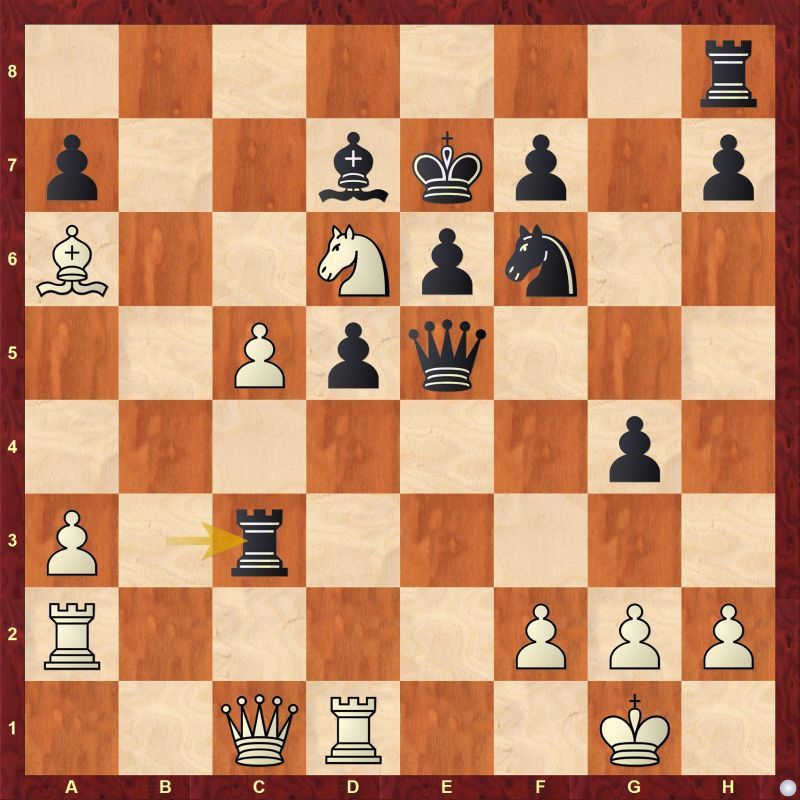 Where should white move the Queen?

Martinez played 24.Qd2 and the c5-pawn was completely lost. However, Karthik decided to play 24...d4 first and then take on c5. White lost one pawn too many and eventually the game too.

Aleksej Aleksandrov scored a clinical victory over Ziaur Rahman arising out of Noteboom. 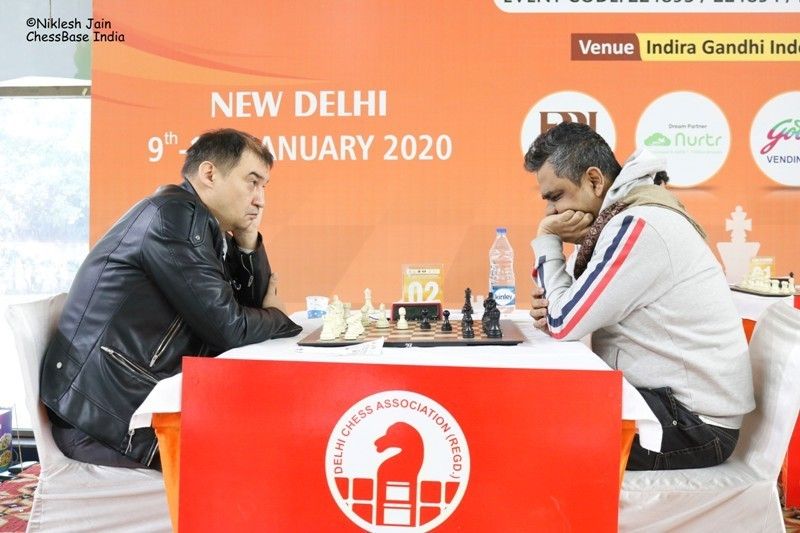 Aleksandrov claimed Ziaur on his way to lead the tournament | Photo: Niklesh Jain 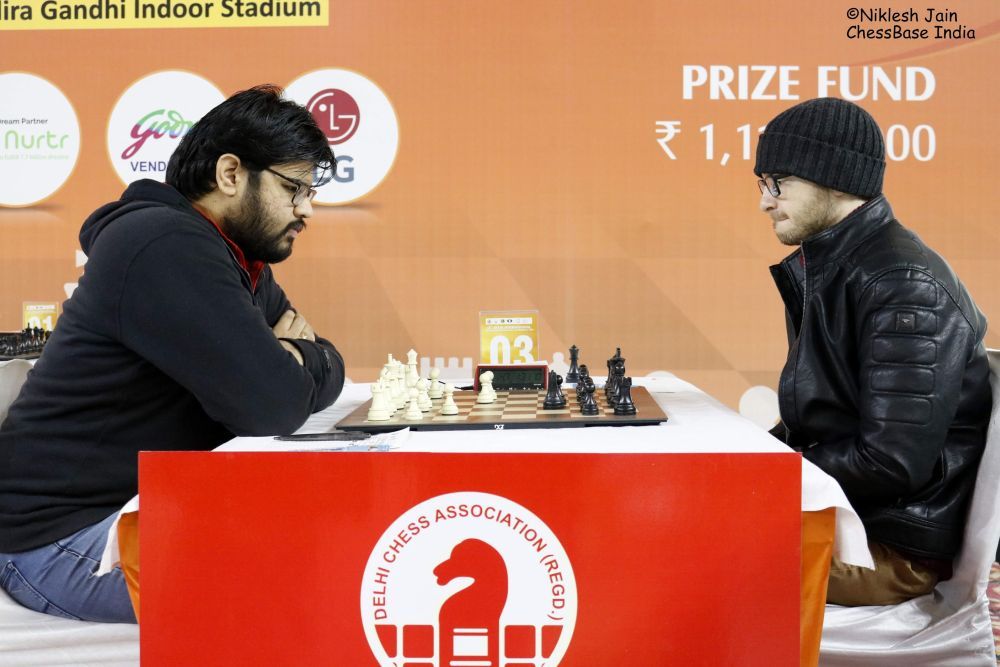 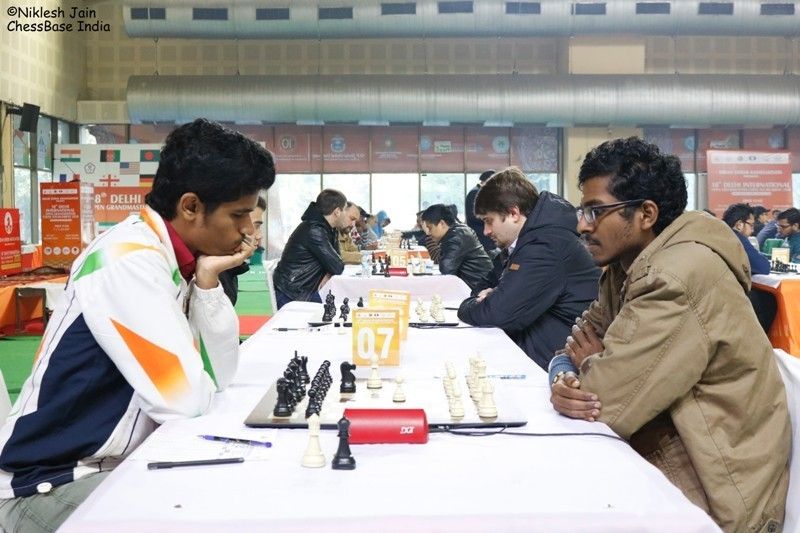 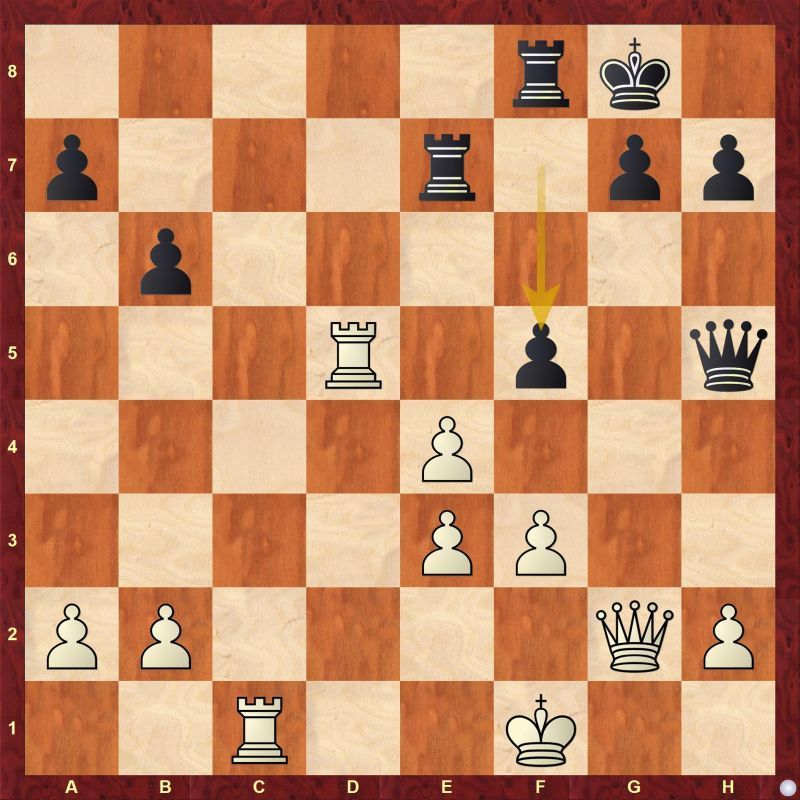 In a seemingly equal position, Murali made an inexplicable aggressive move 25...f5 which actually does more harm to black's king than white's. 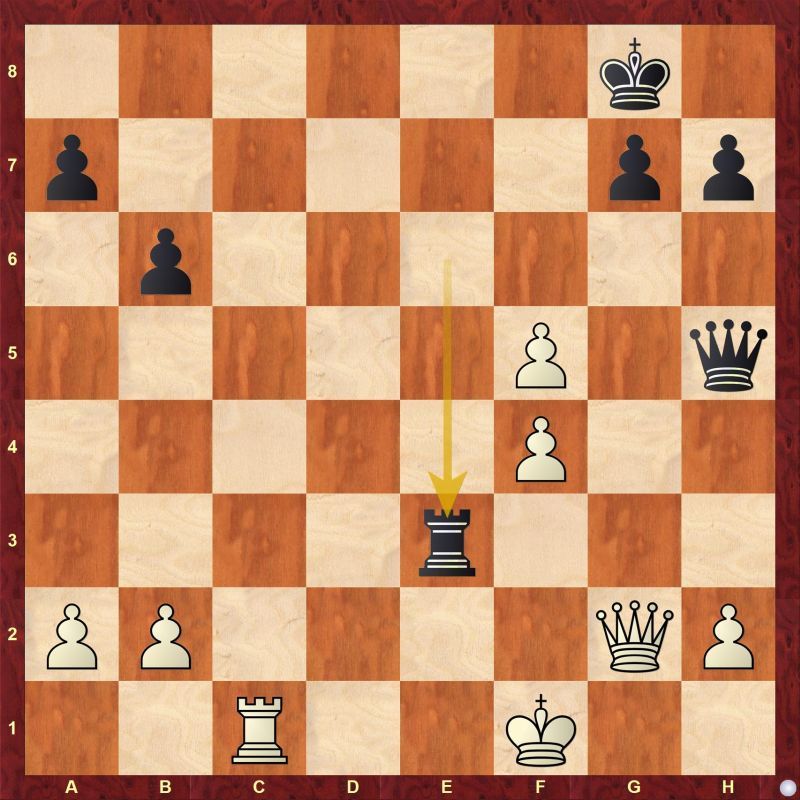 Even though the position was in complete favor of white, Black needed to retreat his rook to e8 to safeguard the king and keep chances alive. 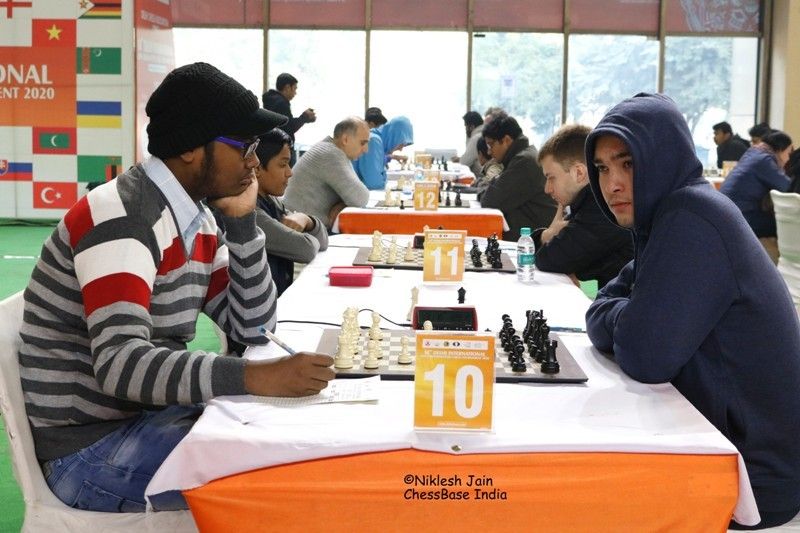 FM Ameya Audi scored a lucky draw against Georgian GM Mikheil Mchedlishvili as the latter did not accept a queen sacrifice when in fact it was just a blunder. He also got several more winning chances but he took none. 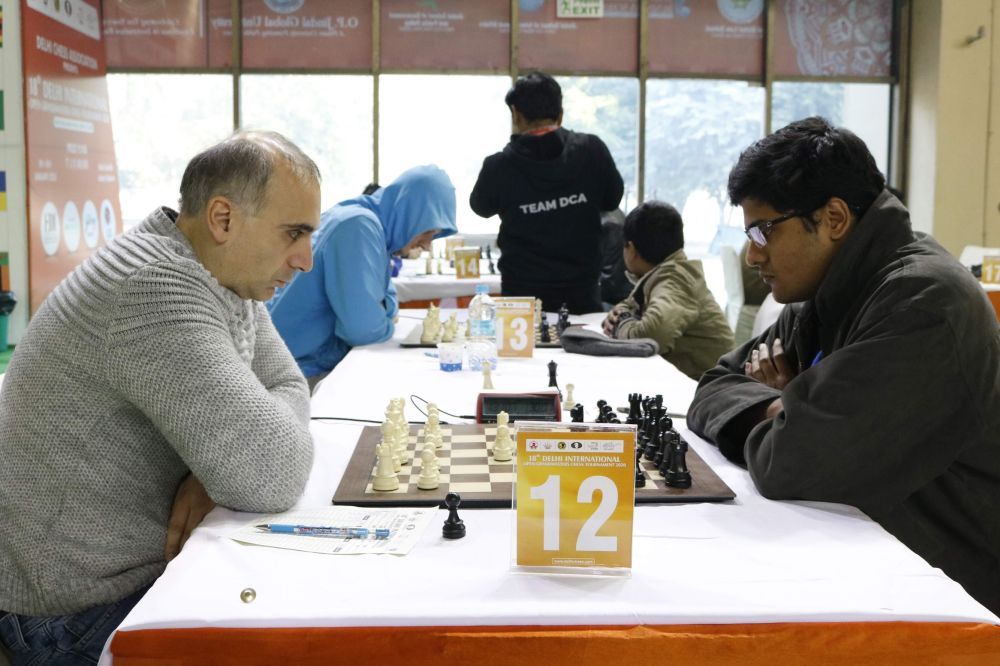 Mchedlishvili must be regretting not taking the queen when he had the chance | Photo: Niklesh Jain 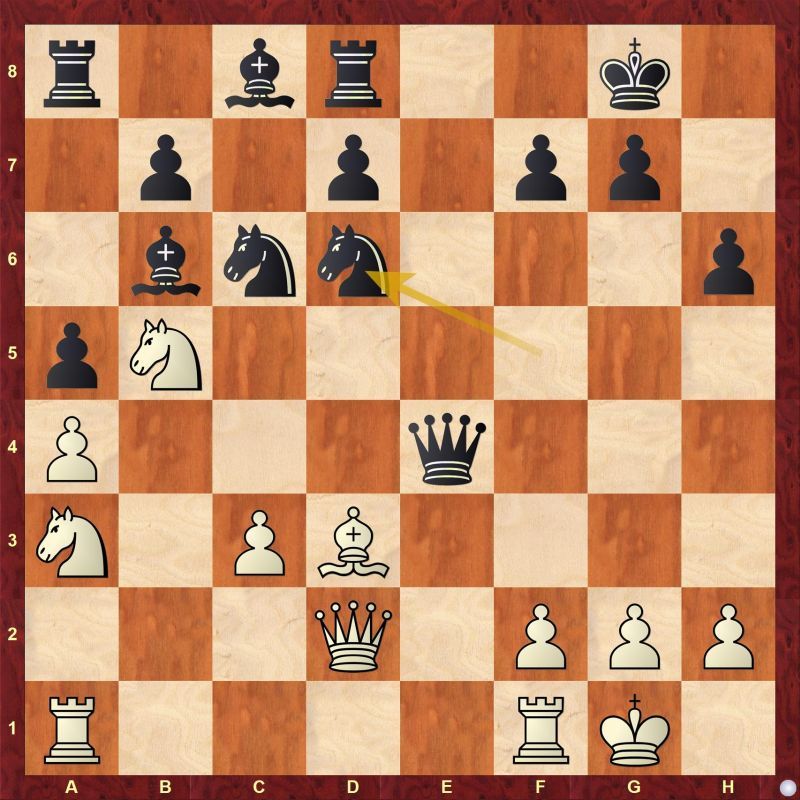 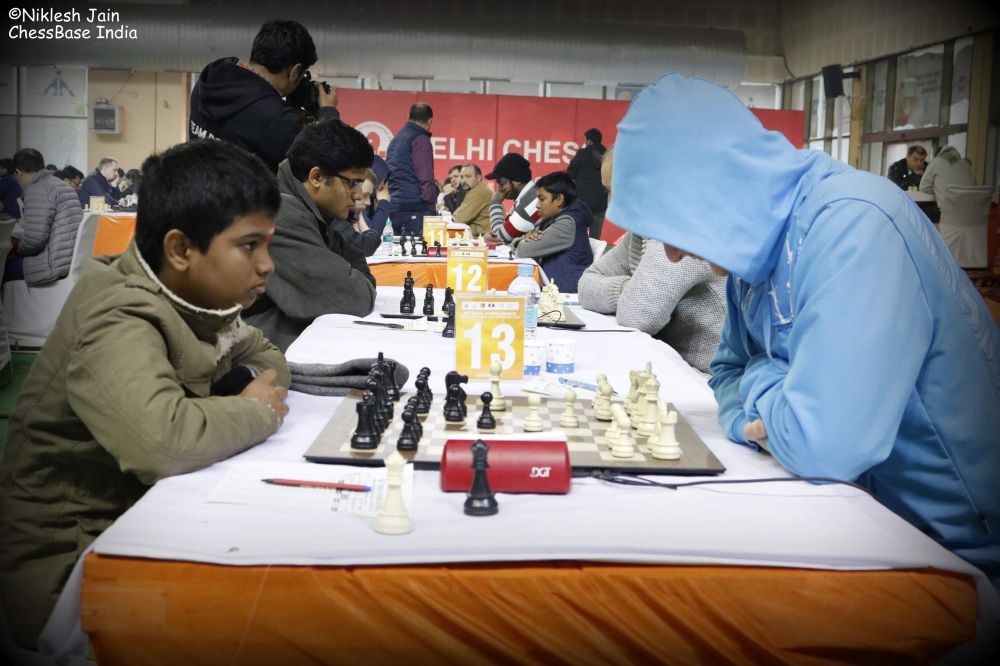 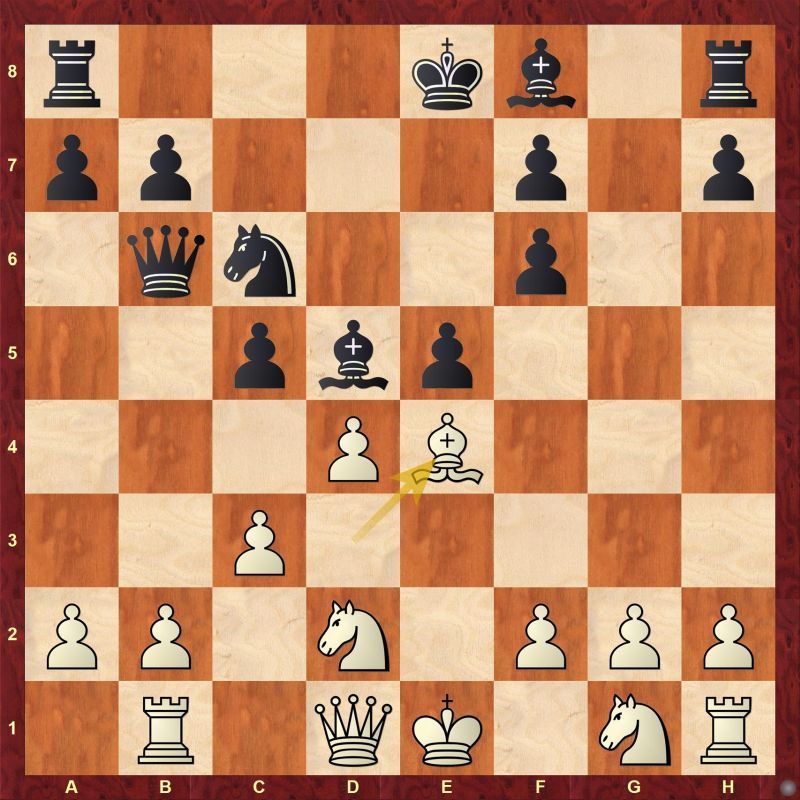 White just played 11.Be4. How should Black react? 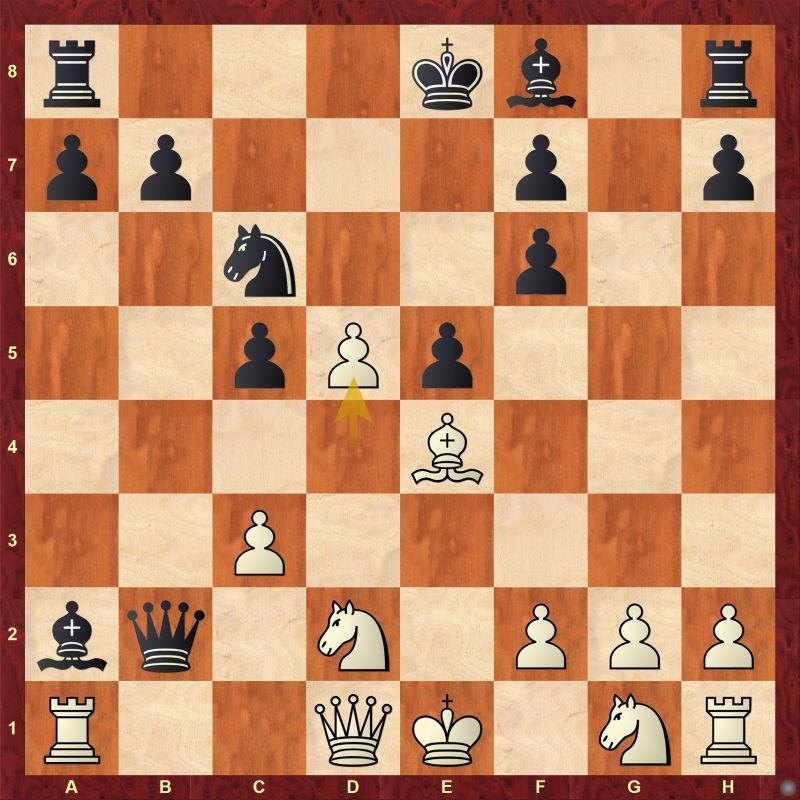 Find out the how should black continue after 13.d5

Aleksandrov beats Karthik in Round 6 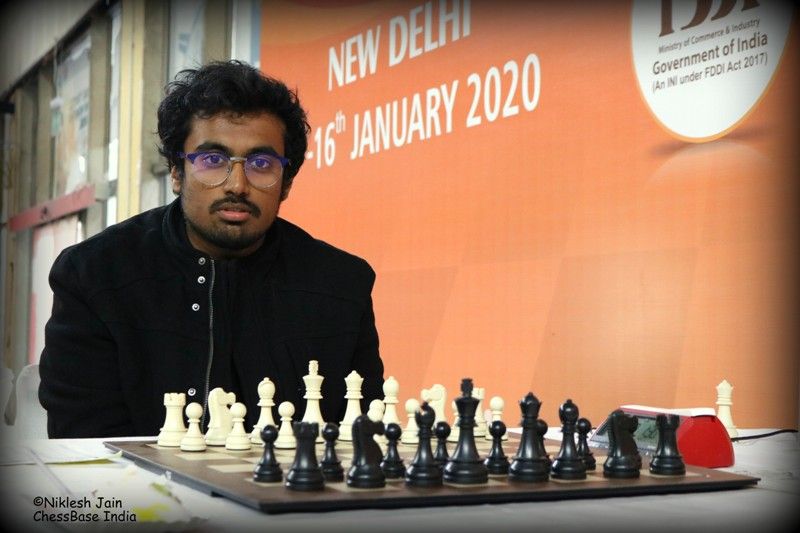 Karthik's not taking chances at the right time cost him the game | Photo: Niklesh Jain

Karthik had a few missed chances against Aleksandrov. 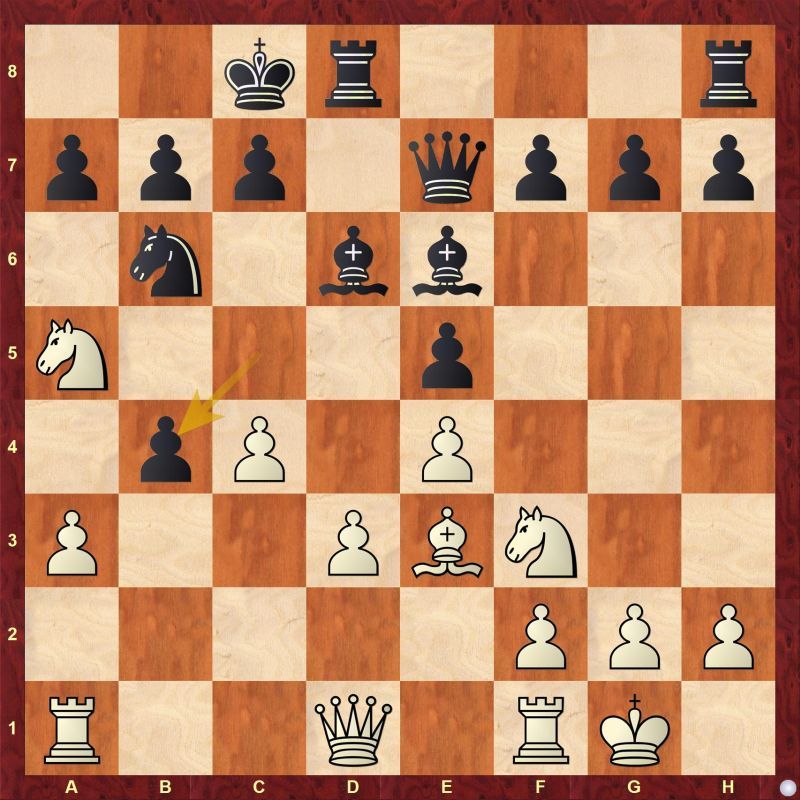 Karthik took an aggressive stance on the queen side by launching all his pawns, but suddenly pressed the breaks on them. His attack lost all momentum until he got another half chance which was much less than the initial one. 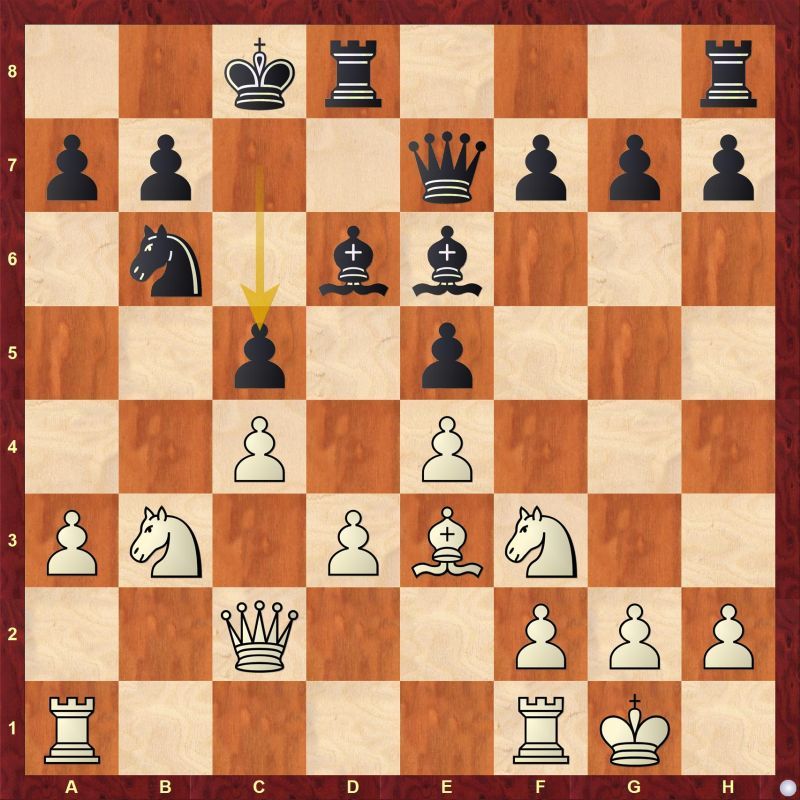 White continued with 16.Nfd2. What should he have done instead?

Instead of going all-in with his attack white made a very slow move 16.Nfd2 which allowed black to have the time to shift his king from queen side to the king side. After that Karthik never got any chance to put a dent on Black's armor. 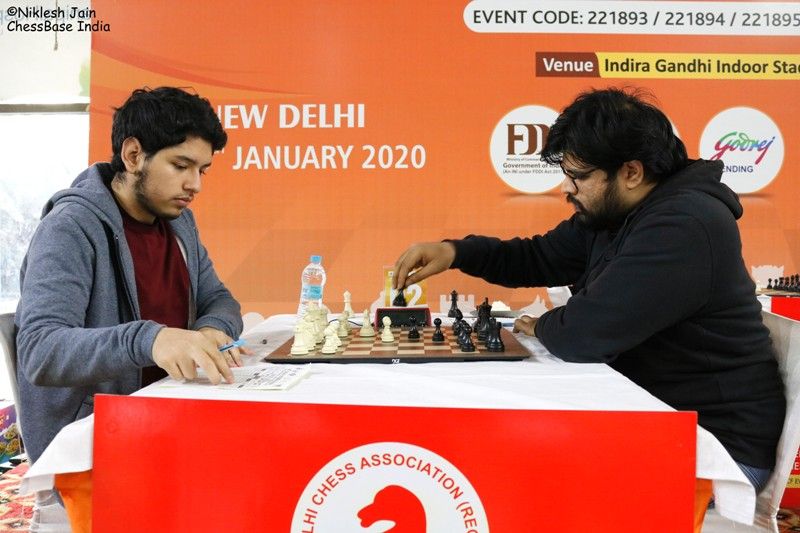 Martinez proved to be too strong for Krishna | Photo: Niklesh Jain

IM P Shyamnikhil made a solid draw against GM Abhijeet Gupta. However he missed a very good chance at the end. 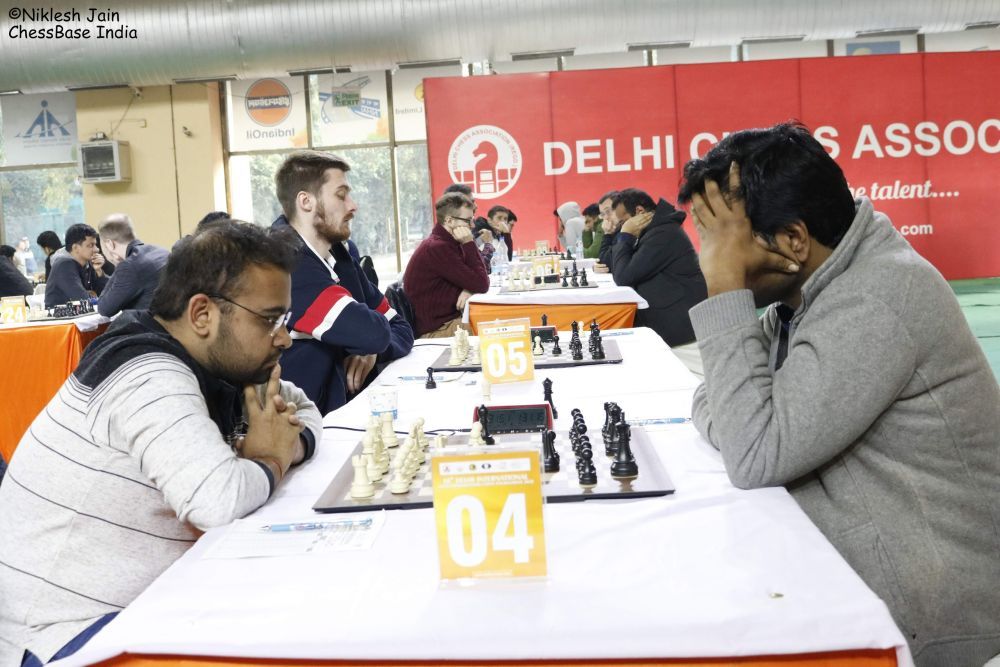 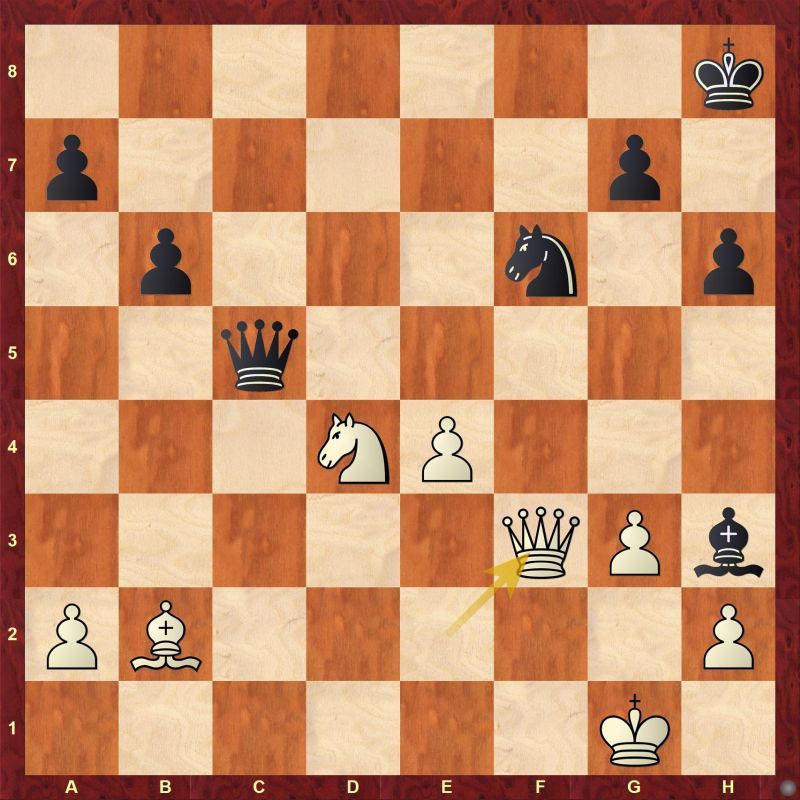 Can you find what Black missed here after 49.Qxf3 ?

Black continued with 49...Qe5 which helped him gain the e4 pawn at the cost of the exchange of queens and eventually the game ended up in a draw. 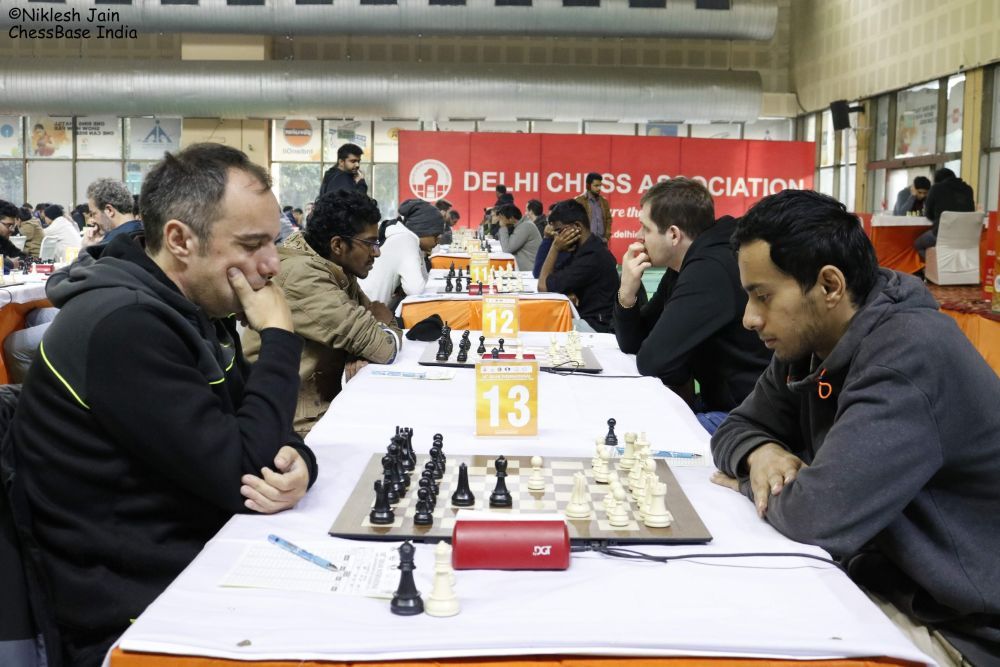 Pranesh continued his impressive run as this time he defeated IM Nguyen Van Huy by playing another fantastic game. 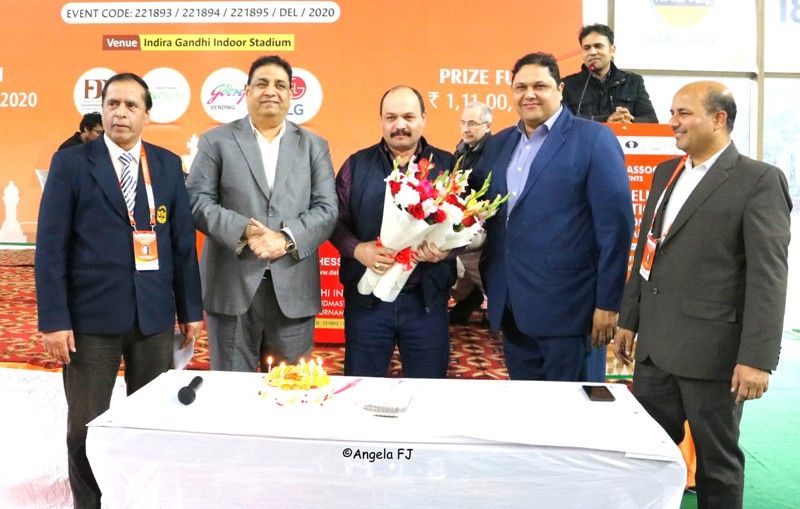 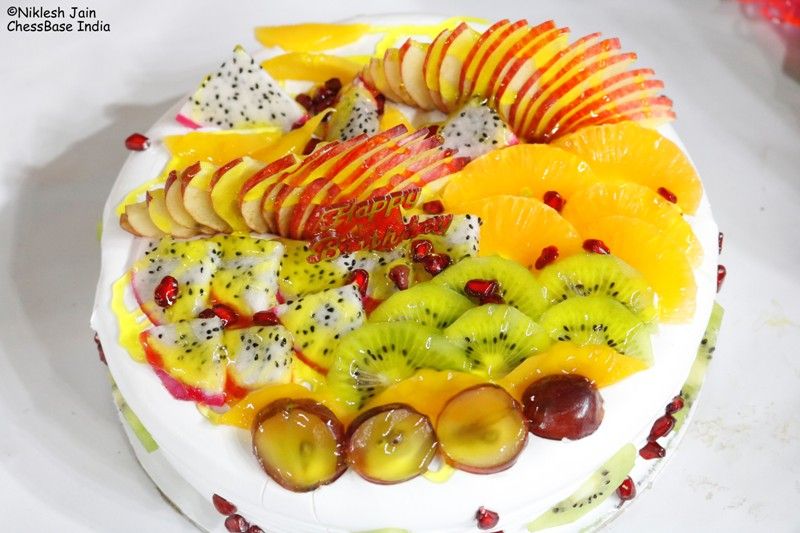 Four players finished at unbeaten 9.0/10. Local lad Himanshu had the best tie-break score, he clinched the championship and won ₹300000 cash prize along with a huge trophy. 11-year old Md. Imran of Andhra Pradesh continued his phenomenal form and secured runner-up position scoring 9.0/10. Five days ago he won IIFL Open Below 2051 category. He received ₹200000 cash prize and a huge trophy. Another local player, Chandan Mandal also finished at 9.0/10 and he was placed third according to his tie-break score. He got ₹100000 cash prize and a beautiful trophy. 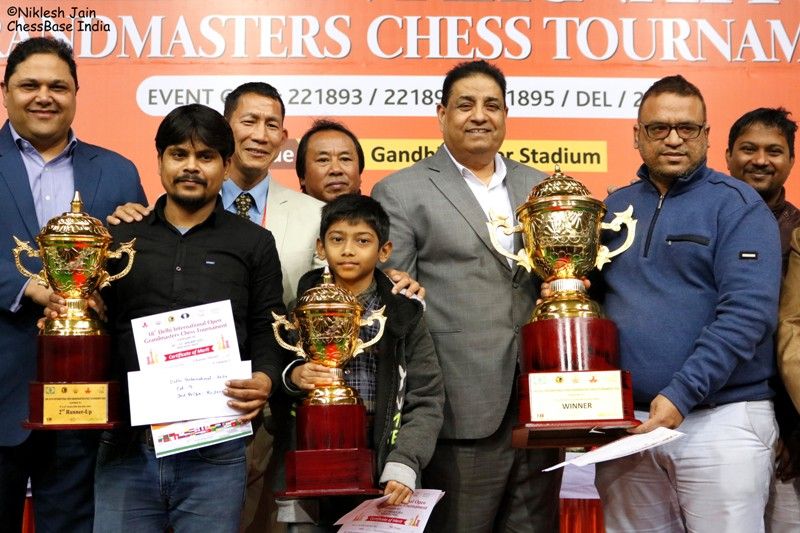 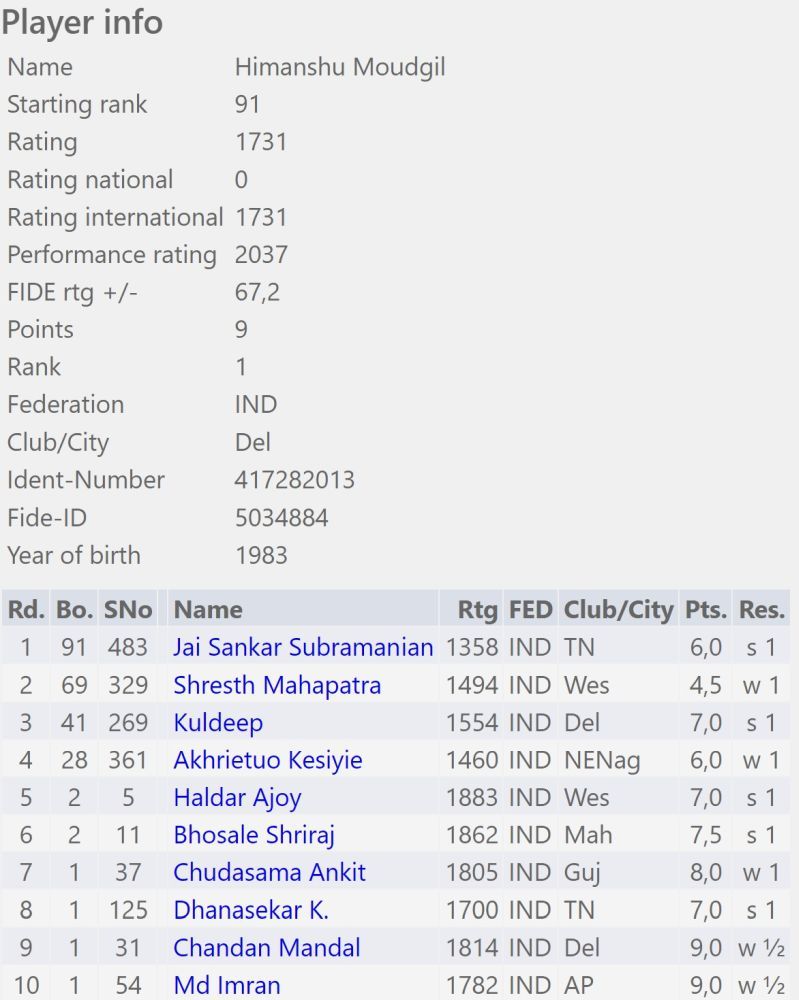 Final Standings in Category 'B'