World Championship Game 1: How did Carlsen miss that win?

The World Championship 2018 kicked off in London on the 9th of November 2018. Usually World Championships start off slowly and pick up steam after a few games, but that was not the case in the Carlsen-Caruana match. Caruana started off with 1.e4 and Carlsen responded with the Sicilian. It was a full fledged struggle where Magnus showed his true skills. Slowly and steadily, move by move, he outplayed Caruana. It was such a clinical effort by Magnus that people started to feel that the match was already over! But all of a sudden on the last move before time control, Magnus erred in a big way. He took the pawn on c3, and Caruana resurrected his position. Miraculously the American GM escaped from the jaws of defeat. We have the key moments of the game to give you a gist of what happened and analysis by Jan-Krzysztof Duda. Caruana's 1.e4 was met by 1...c5 from Carlsen, and as he often does after 2.Nf3 Nc6 Caruana played 3.Bb5 — the Rossolimo — most recently played against Boris Gelfand at the Batumi Olympiad. Caruana had also played a game against Carlsen from the 2015 Tata Steel Chess tournament. Carlsen had won that game but nevertheless was the first to deviate with 7...Nd7. 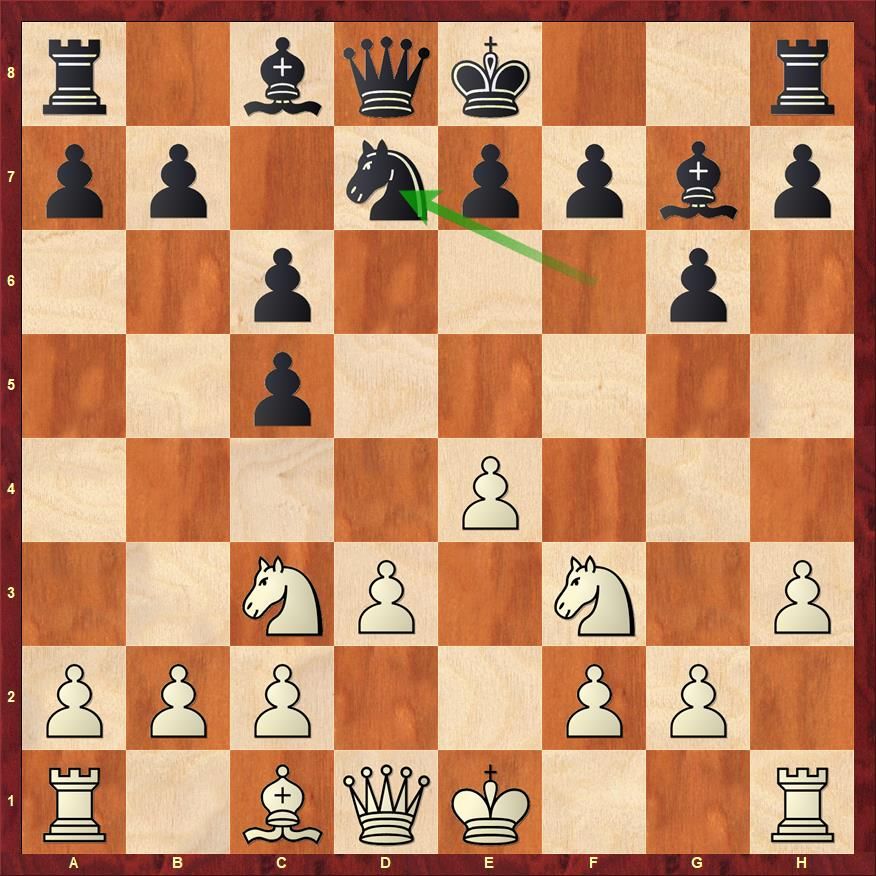 In the middlegame, Caruana began to fall behind, both in the quality of his position and, equally worryingly, on the clock. Playing essentially on the 30-second increment for his last seven moves to reach the time control of 40 moves, the challenger managed to hold his position together and reach the time control only slightly worse. The game soon liquidated into an ending where Carlsen won a pawn, but Caruana had good chances to hold the draw. It was no easy matter, as Magnus attempted to "squeeze every drop of water from the stone", as he later put it, pressing on for 115 moves. 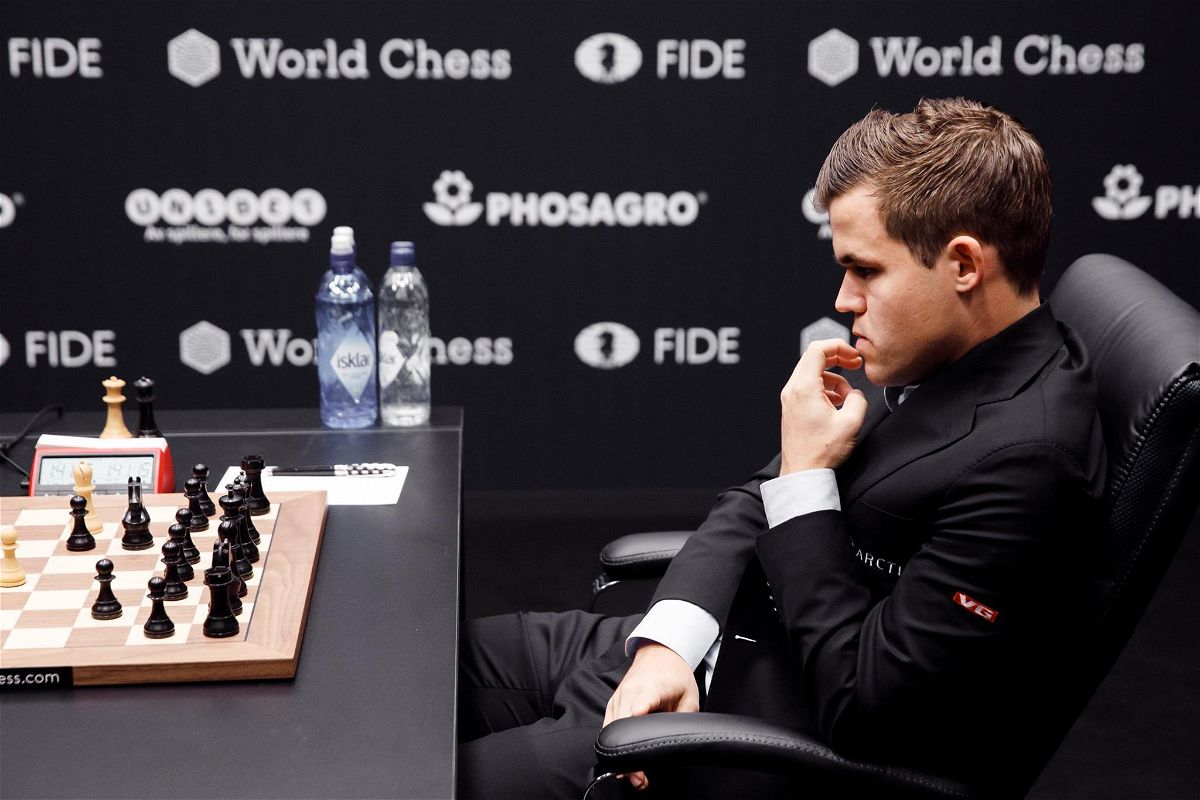 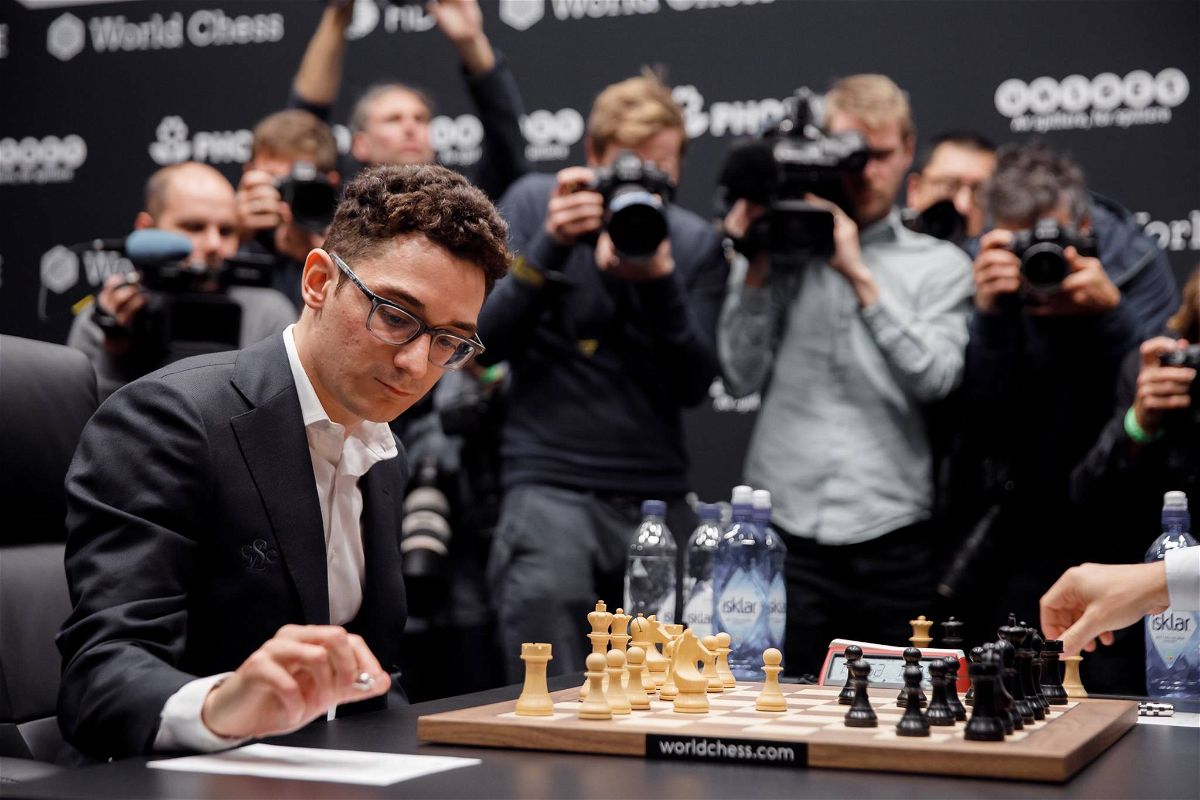 Carlsen is no stranger to long World Championship games. He played 122 moves with Viswanathan Anand in Game 7 of their 2014 match, but he said at the press conference that this one felt longer, because had been a more challenging fight before the endgame phase.

The game began with Sicilian Rossolimo: 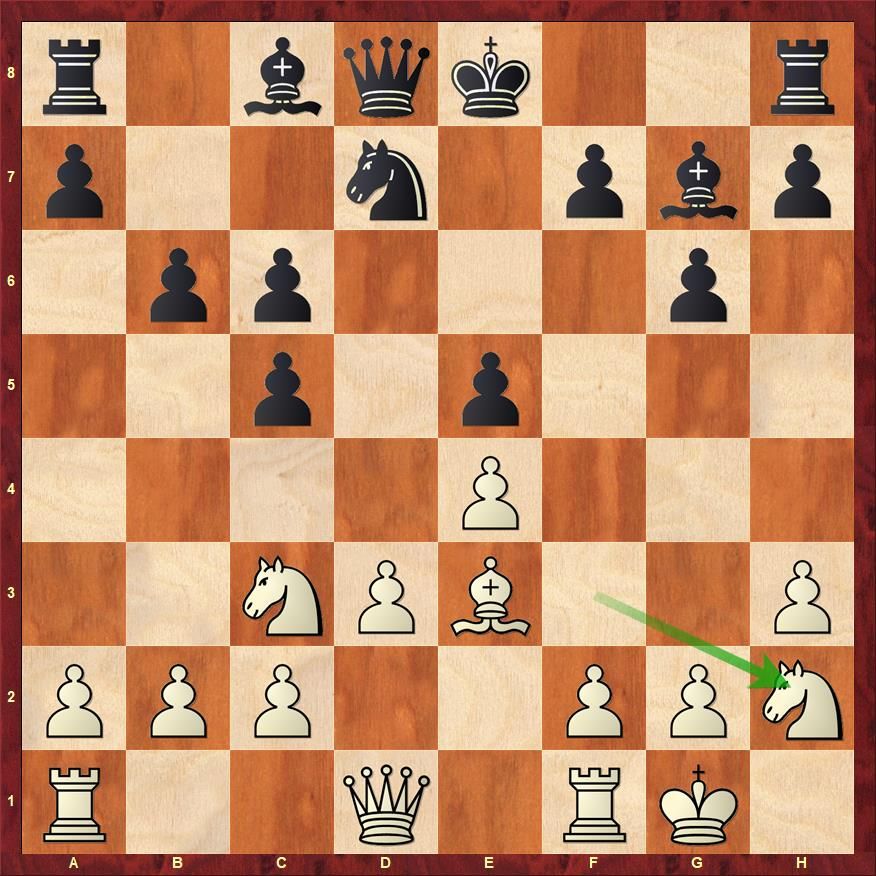 Caruana moved his knight to h2 to break the position with the move f4! 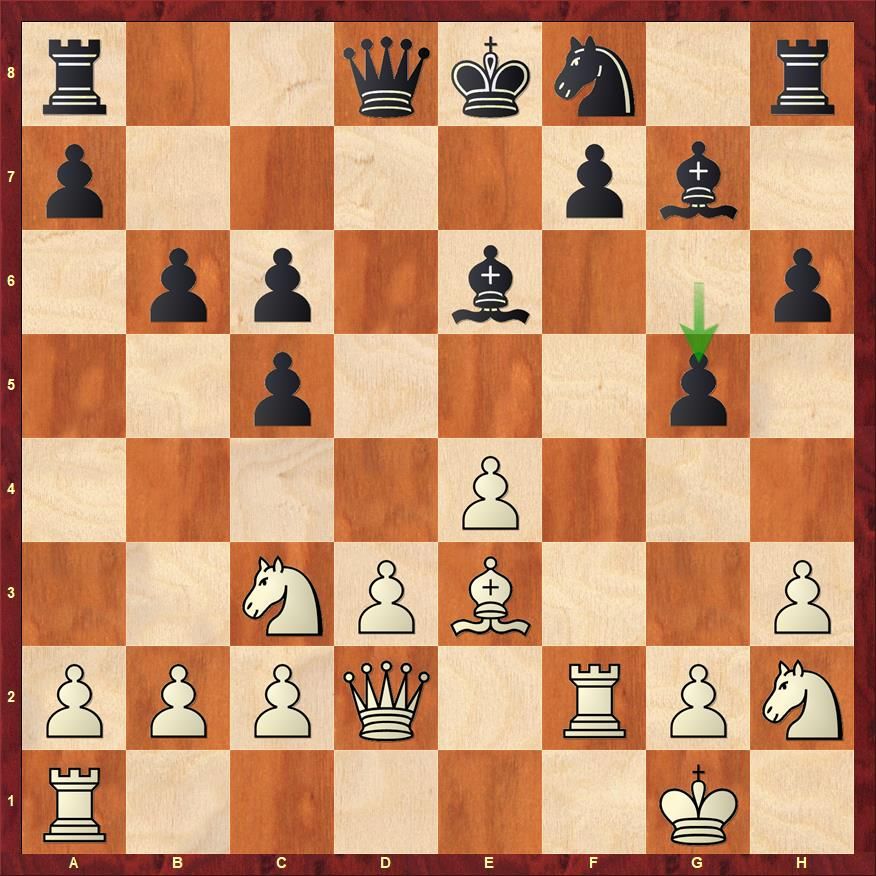 Carlsen's g5 looked a tad weakening as the squares on f5 and h5 lacked cover, but it also meant that his knight got the square on g6 and could look to settle on f4 in future. 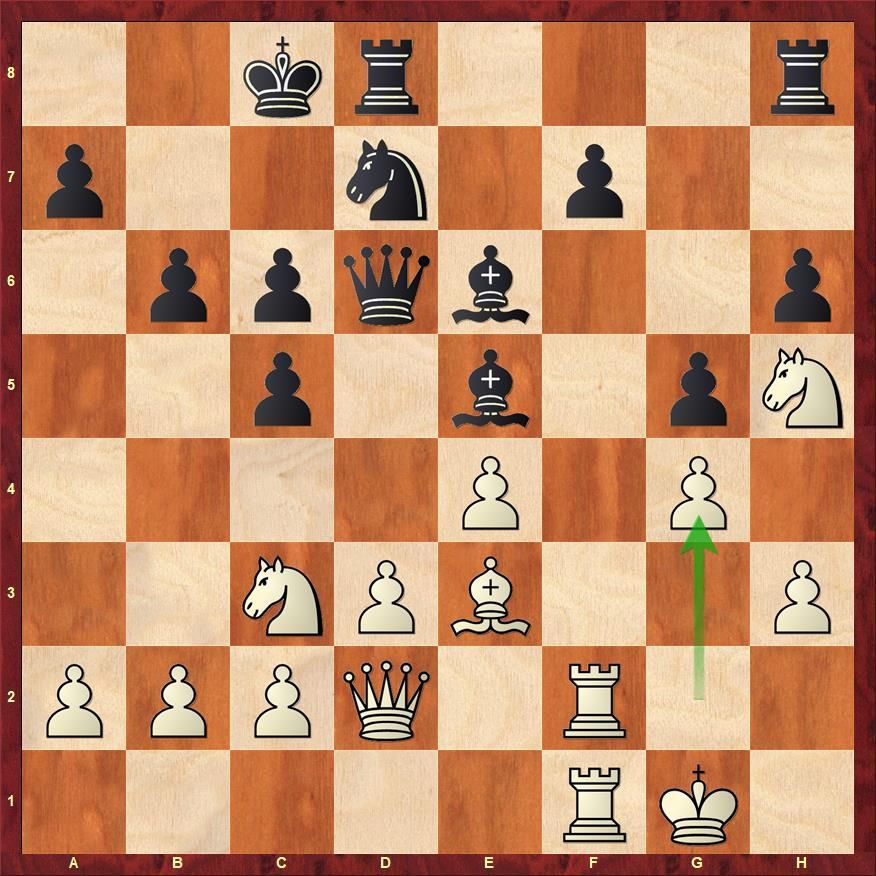 The move g4 looks risky and White's king looks a bit exposed, but White has pieces around his king and it should not be too bad 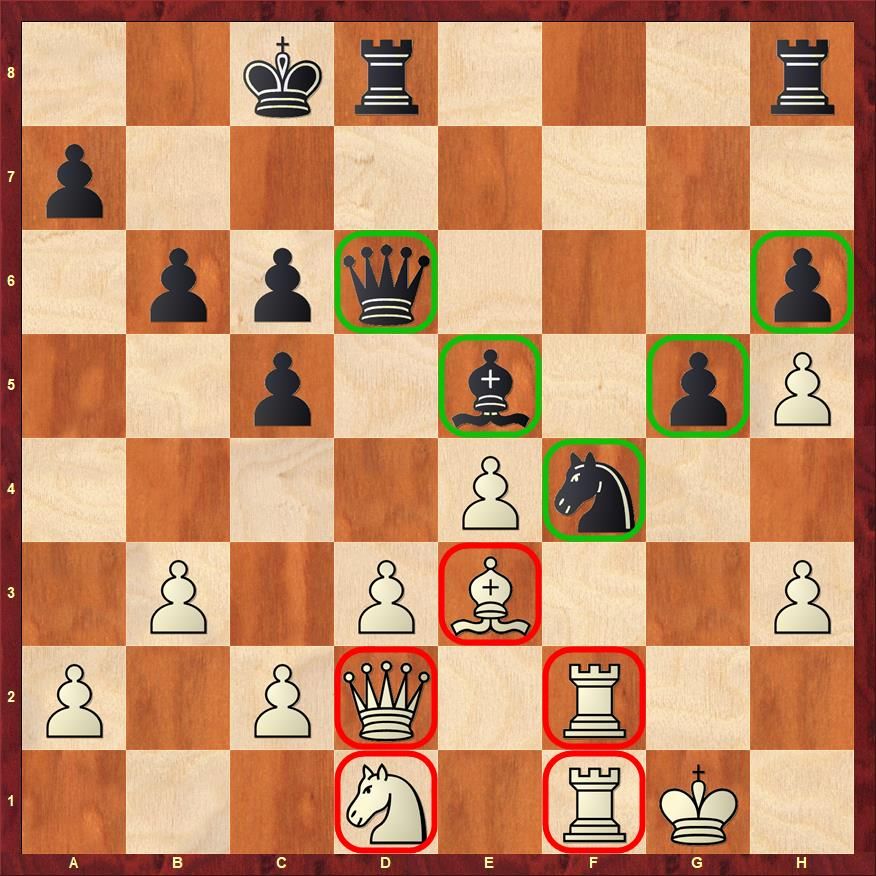 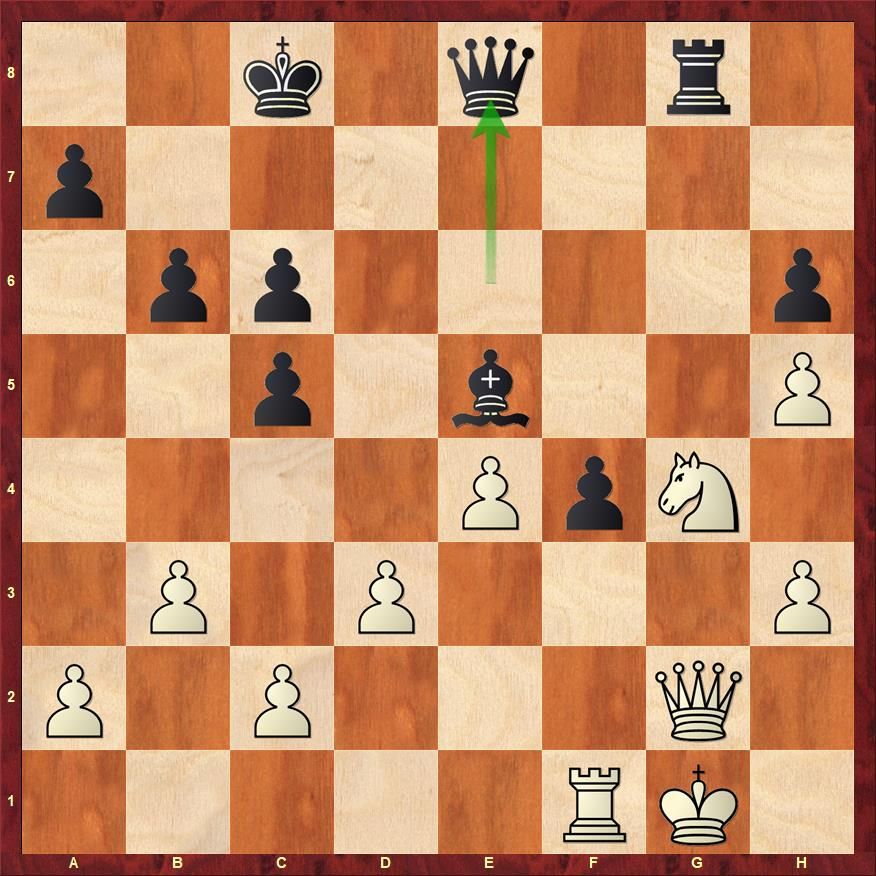 The queen going to e8 attacks the pawn on h5 and suddenly White's structure looks very dicy. Once the pawn on h5 is gone, Black's pawn will move from h6 to h5 and the knight will kicked off. 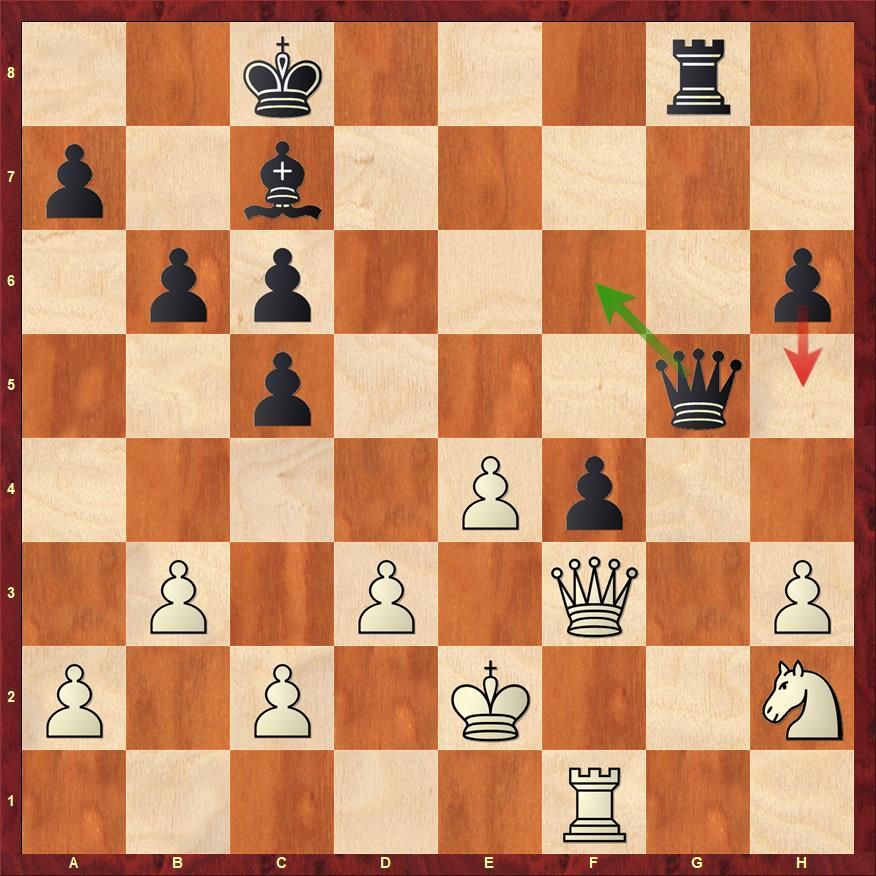 The win for Black wasn't too difficult for a player of Carlsen's calibre. He played ...h5 in this position and what he had to do was just move his queen to f6. The queen would then be threatening to go to b2 and the rook would be entering on g3. 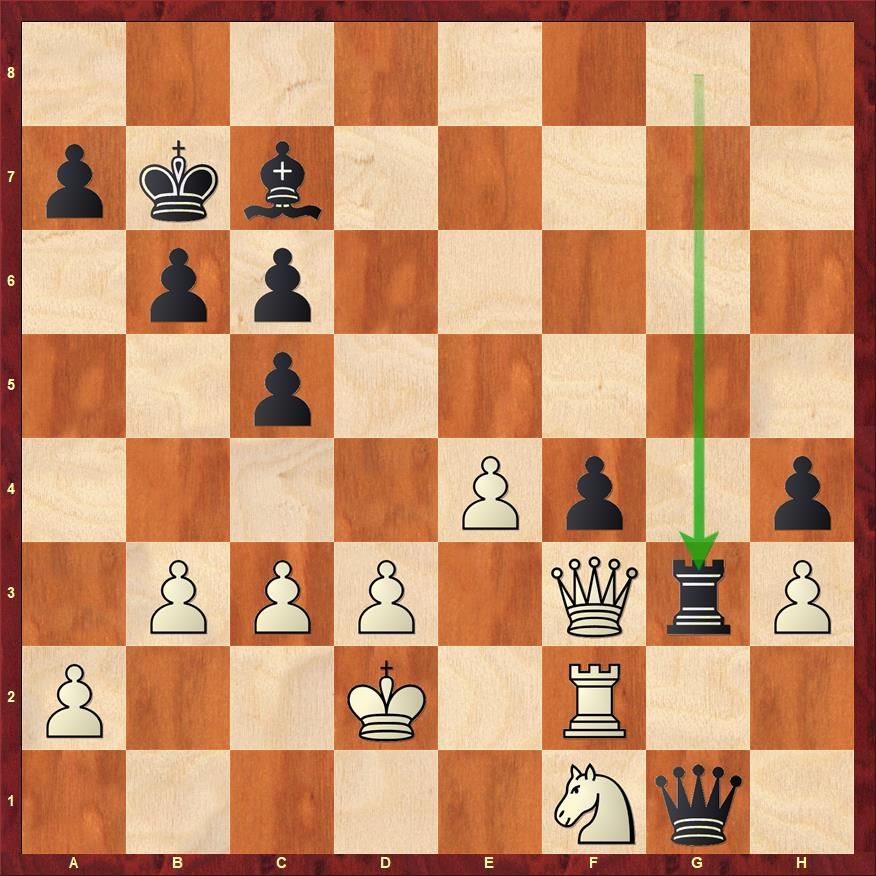 Another winning possibility for Black was to get his rook to g3. White has to take the rook and after Nxg3 hxg3 Rg2 Qa1! 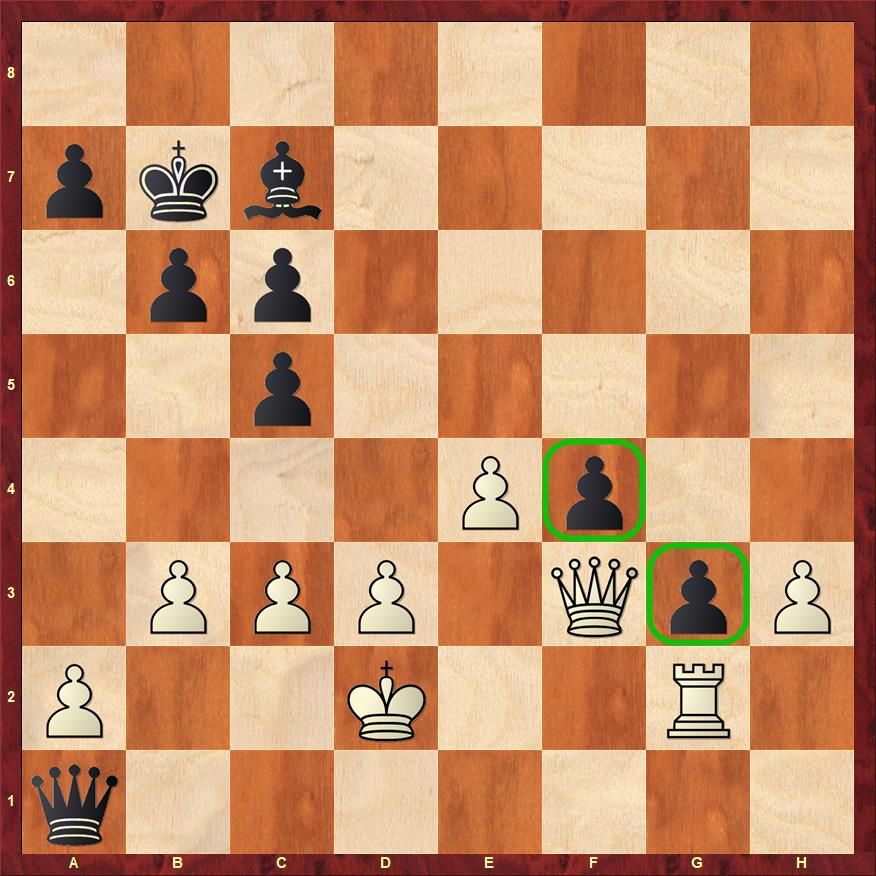 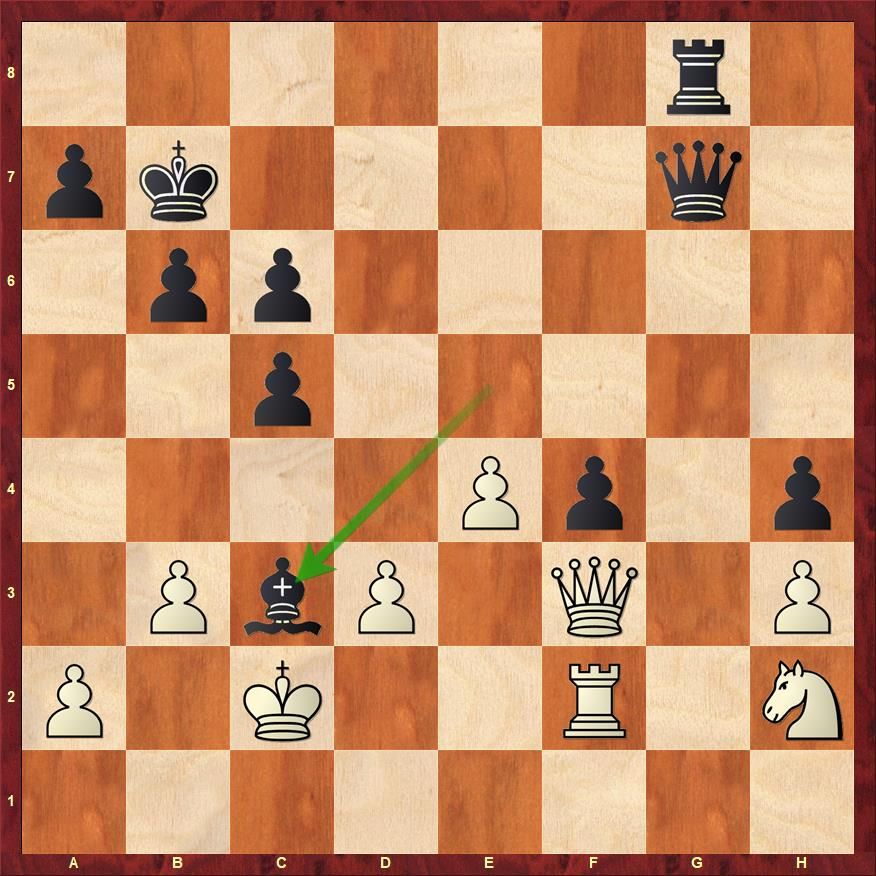 The last move of the time control. Carlsen took the pawn on c3 with his bishop and it allowed White to come back in the game. After Qxf4, there was no way to prevent the exchange of queens with Qf7+ 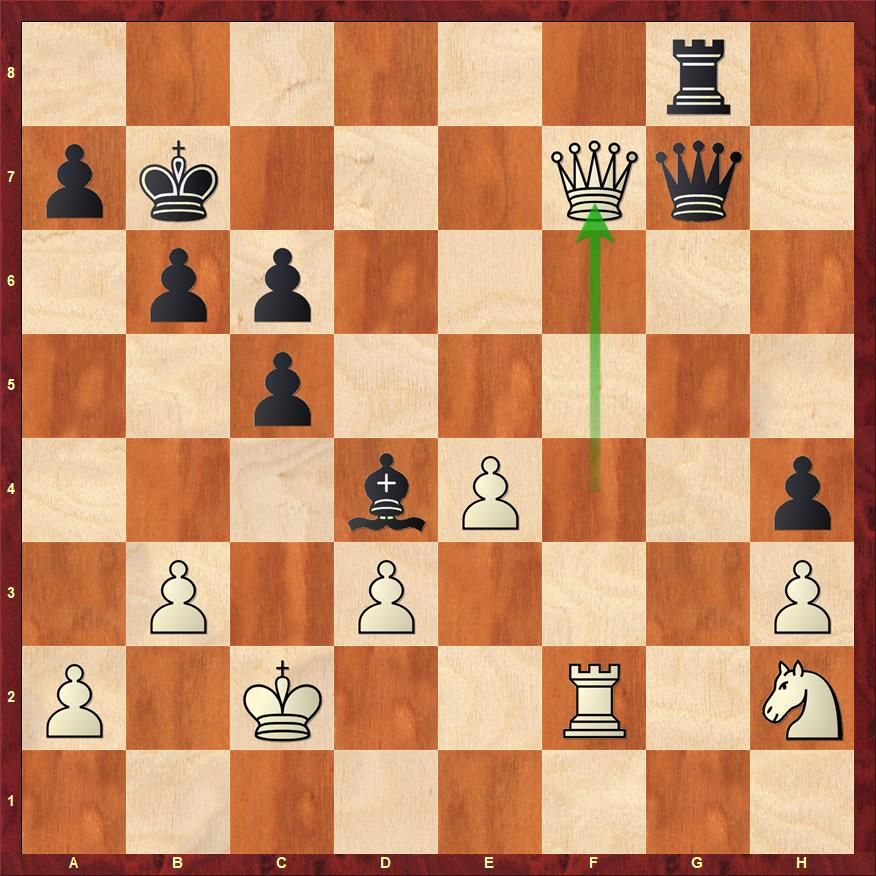 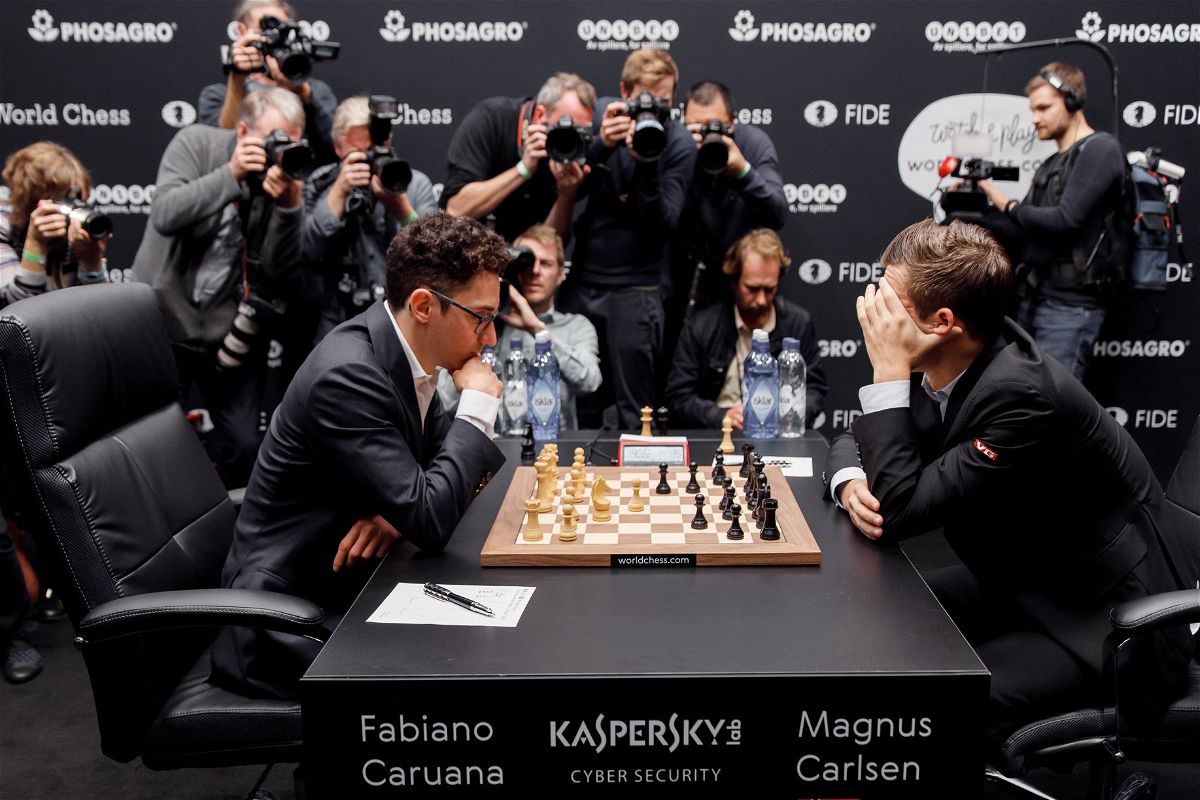 Writes Jan Krzysztof Duda, "A fighting, nerve-racking, and unpleasant game for both players. Fabiano Caruana didn't manage to get even the slightest of an opening initiative, and quickly had to defend himself. Magnus Carlsen on the other hand was winning several times before the 40th move, but in time trouble he spoiled, what looked like an easy win, and had to settle for the endgame which was drawn. Still 11 games to come, and it seems it will be entertaining match!" 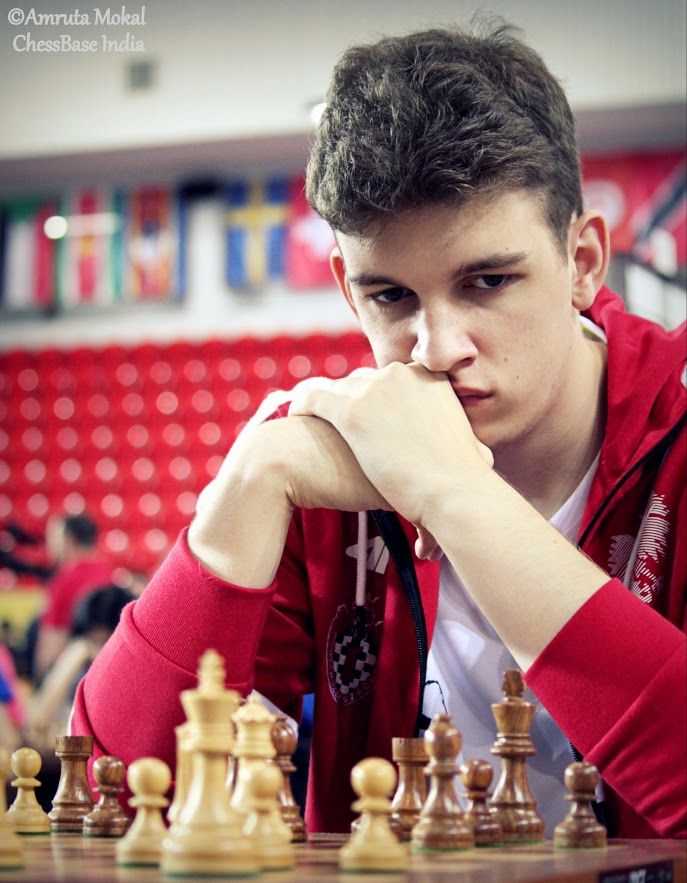 Jan Krzysztof Duda is one of the most talented players in the world of chess. With a rating of 2738 he is ranked 19th in the world. Born in 1998, he is just 20 years old. Very soon you will find him fighting for the highest title.
Related news: