Will we have a new World Champion today?

Game 11 was perhaps the most boring game of the entire match where Caruana with the black pieces went for the Petroff and Carlsen was just unable to find anything against it. The game ended in a draw without any real fight. We had analyzed the game with Praggnanandhaa and Ramesh and you will find the video in this report along with analysis by GM Boris Gelfand. The real crucial game 12 will begin in a hours from now and we have a very special guest - GM B. Adhiban who will be analyzing the battle for us live! There is a real chance that we could have a new World Champion today if Caruana wins his game. Carlsen retains the title if he beats Caruana and we go into the tiebreaks if the game ends in a draw.

The best part about game 11 was to see Pragg and Ramesh in our live show! The game was quite boring in the Petroff as Caruana's preparation remained untouchable. Boris Gelfand who was the guest annotator for ChessBase said: "I am happy to see that Fabiano sticks to the Petroff, which served him well this year...before my World Championship match vs Vishy Anand in 2012, I switched to the Sveshnikov (Magnus' choice in this match!) in order to surprise my opponent. It seems that Fabiano has even more trust in Petroff than I had!" 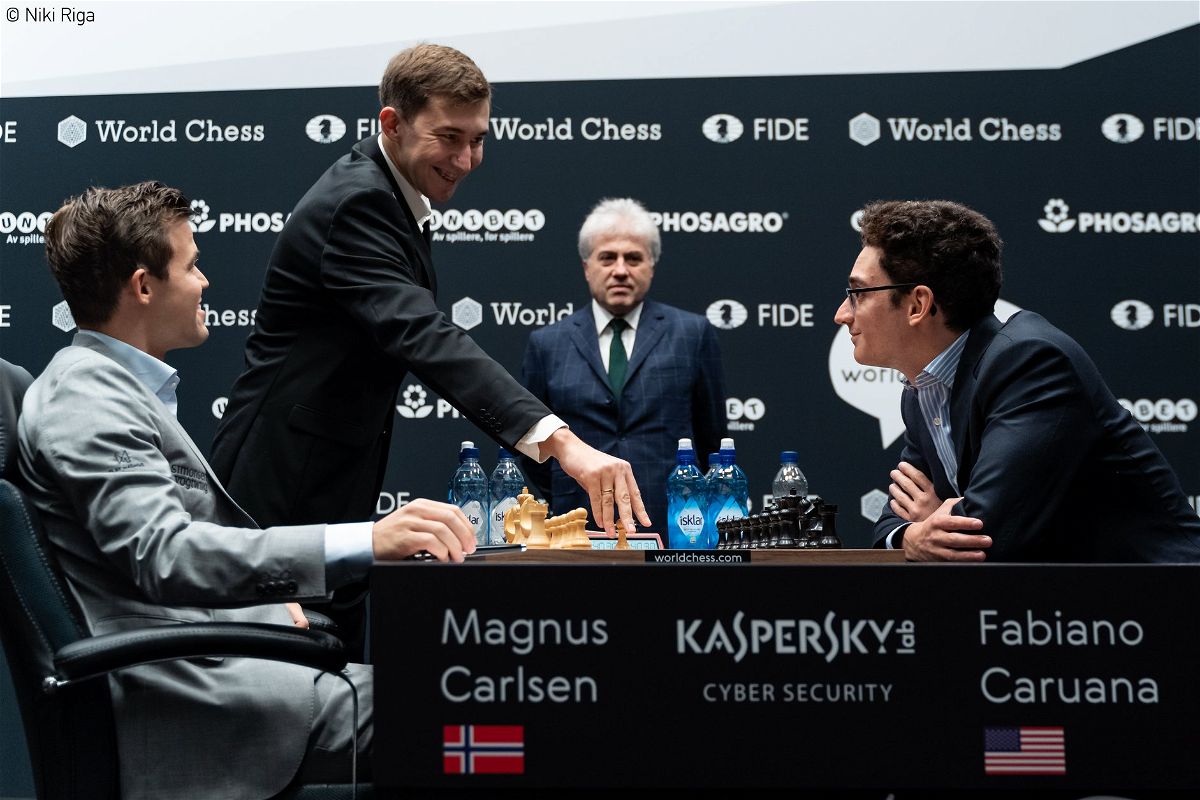 Karjakin was the guest for the game. He opened the game with 1.b4!? | Photo: Niki Riga 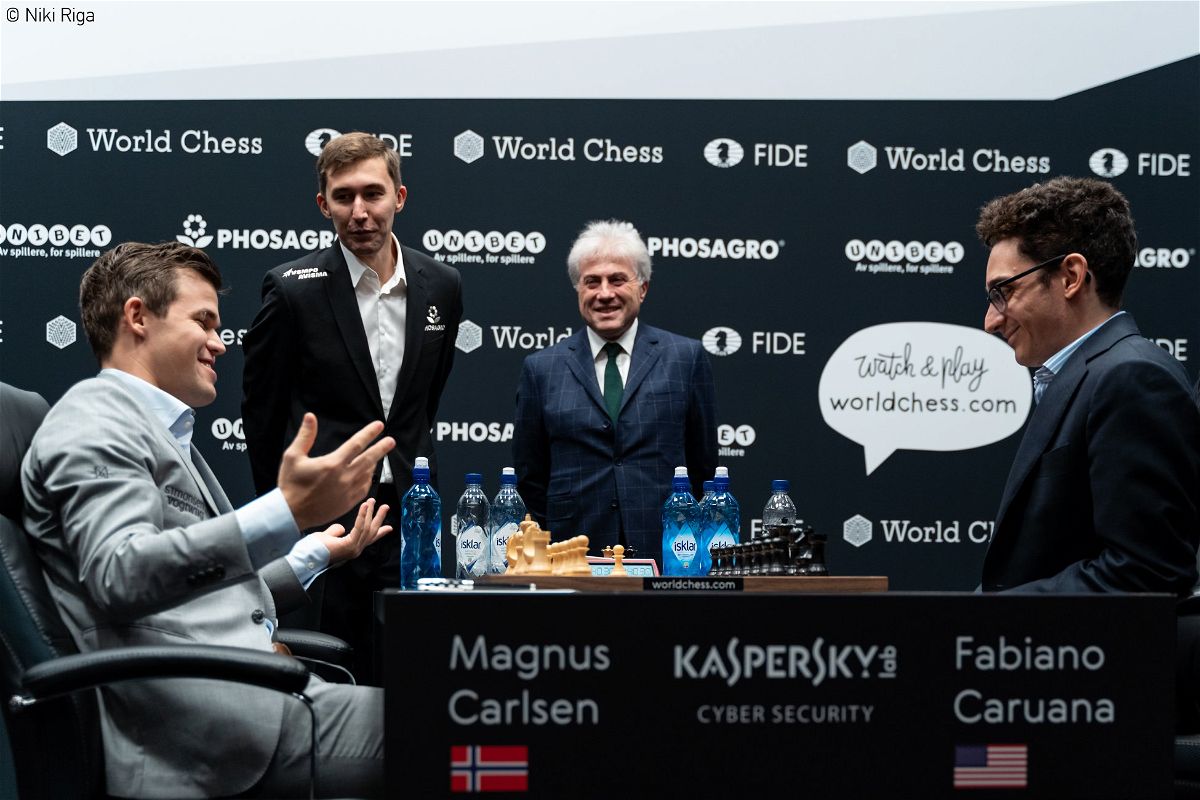 Why are you doing this to me? Magnus seems to exclaim! | Photo: Niki Riga

The idea of making the move 1.b4 was actually given to Sergey Karjakin by none other than former World Champion Vishy Anand and photographer Maria Emelianova. As the live broadcast and transmission of the moves had already begun, everyone would see the move 1.b4 on their screens for a few seconds and this would really create a lot of excitement!

I tried to spice it up with 1.b4, but @MagnusCarlsen was boring today!😏😜😀
Thanks @photochess for the photos and for idea!😜 And thanks to @vishy64theking who also suggested me 1.b4!😀 pic.twitter.com/9iMCnqqJEx

Its nice when the youth heed to experience! Well done @SergeyKaryakin ! https://t.co/Q90V6FKFCV 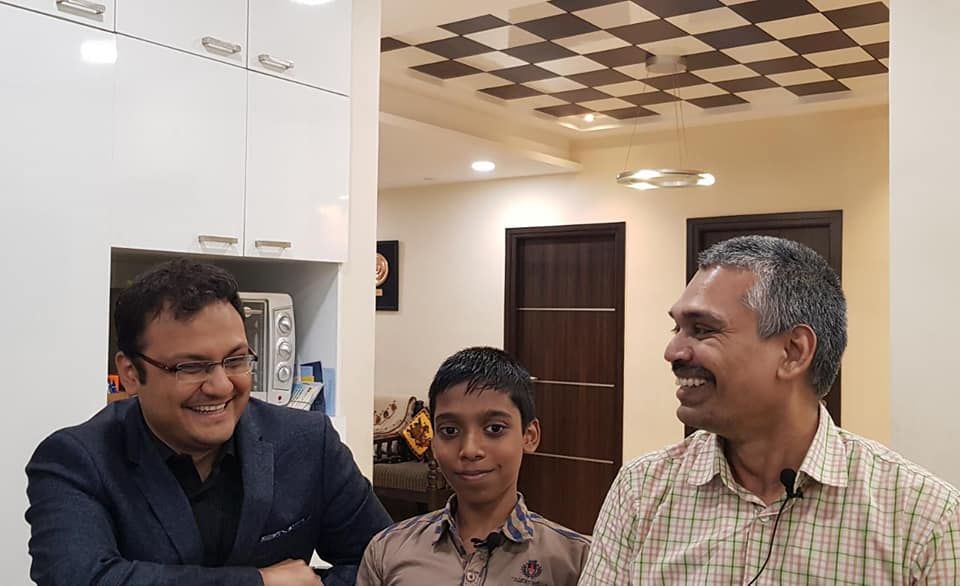 I had a great time analyzing with Praggnanandhaa and his coach GM R.B. Ramesh 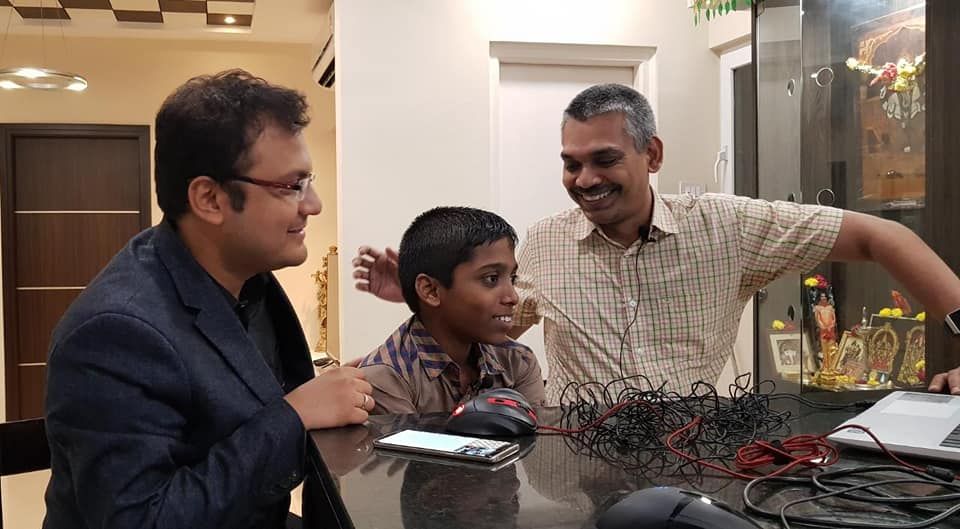 There were a lot of interesting questions that were asked by the viewers. A lot can be learnt from Ramesh's explanations and Pragg's analysis. Check the video below:
Don't miss the teacher-student duo weaving their magic in this video!

A memorable evening of analysis and Q&A

Fresh from his victory at the tournament of peace, GM B. Adhiban will be our guest for the 12th match of the Caruana Carlsen 2018. With the scores tied at 5.5 points apiece today might be the day when we have a new World Champion! Tune in at 9.30 p.m. IST for the live analysis.

Adhiban will be our guest today!
Related news: