Anna Muzychuk scored her first victory of the tournament when she exploited her opponent Valentina Gunina's mistakes and slow plans. Mariya Muzychuk sacrificed an exchange in the endgame and created passed pawns which helped her to score a win. Despite dominating for the major part of the game and getting an almost winning position, Nana sacrificed a piece for which she did not get enough and eventually she lost. Tan started out well and got a good position, however she made a tactical error which cost her a couple of pawns and an exchange. Lagno did not give any chances and scored a full point. Photo: Eteri Kublashvili

Four decisive results in round 6 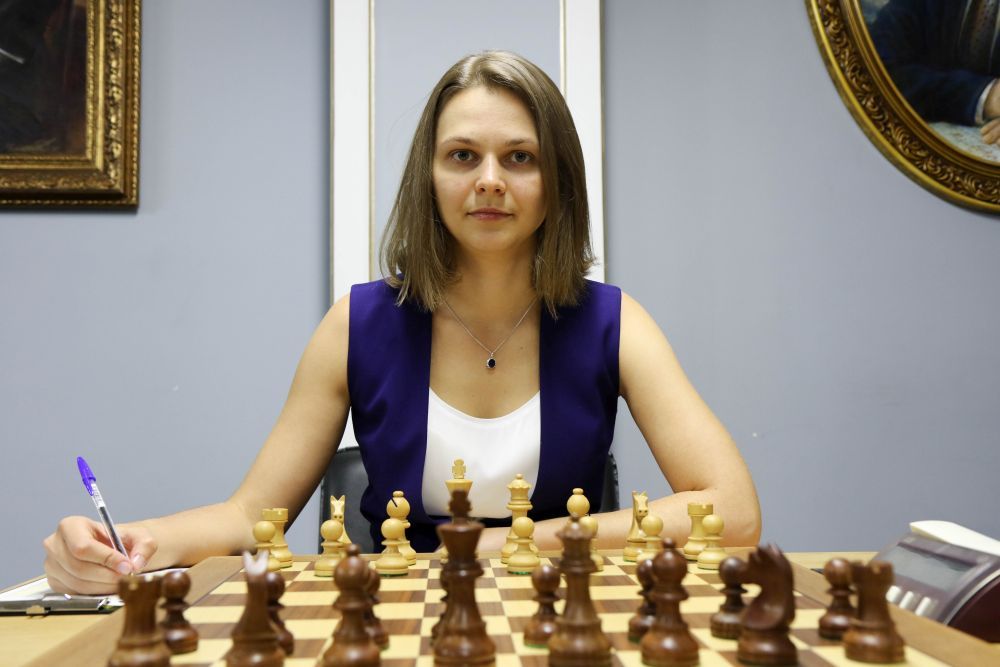 In Caro-Kann Exchange Variation, Gunina went for a Ne7-c8-d6 manoeuvre which Anna thought to be a good idea but it allowed her to do a lot and gain initiative which surprised her. 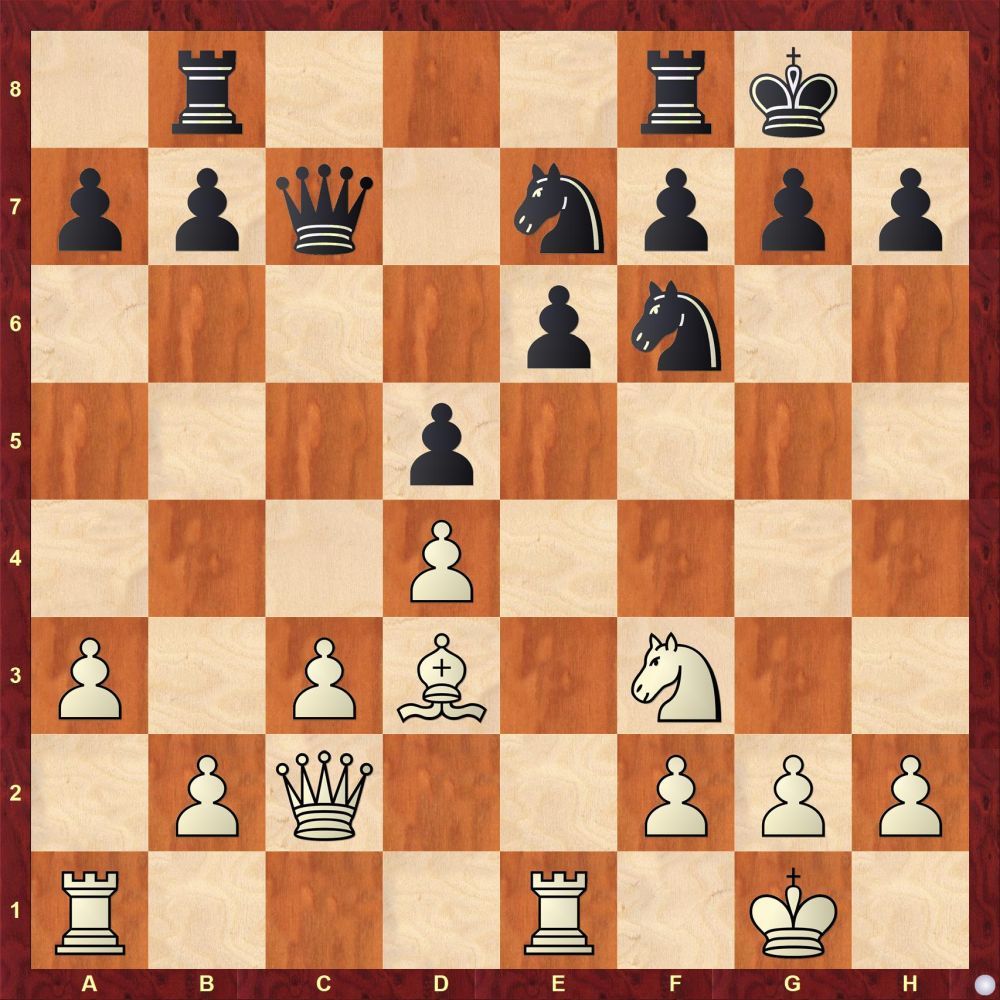 Black opted for a slow manoeuvre of Ne7-c8-d6. Find out the best plan for White here. 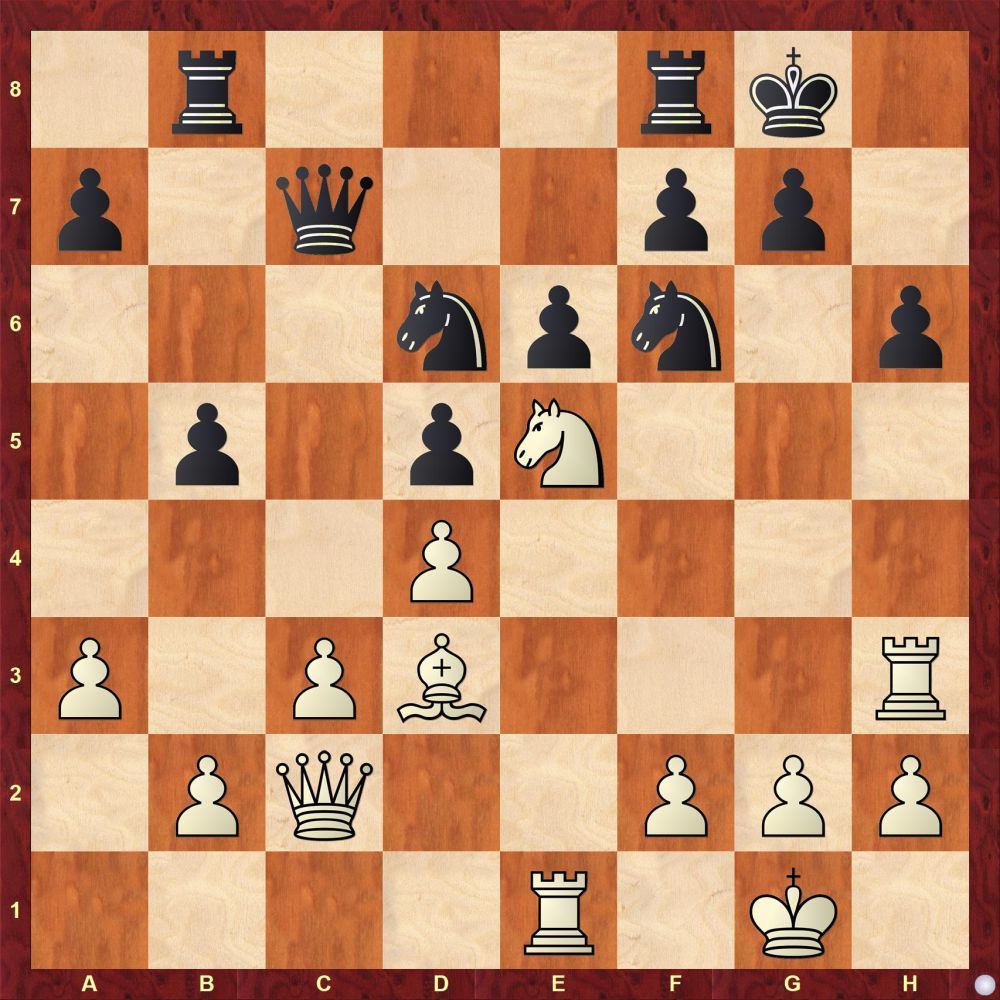 White has a lot of options here. What would you choose? 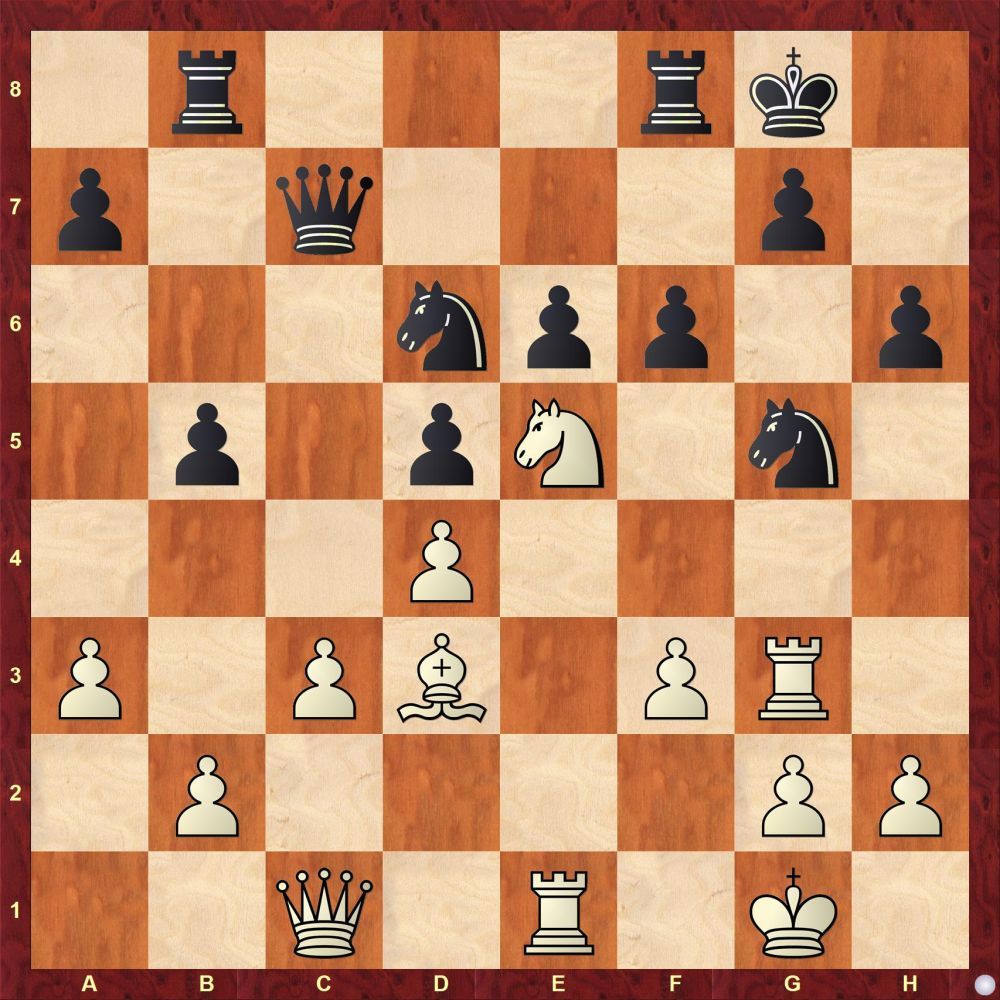 White has got the initiative here, but what is the best continuation for White here?
Anna analyzes her game with Miroshnichenko after the completion of it | Video: FIDE Chess 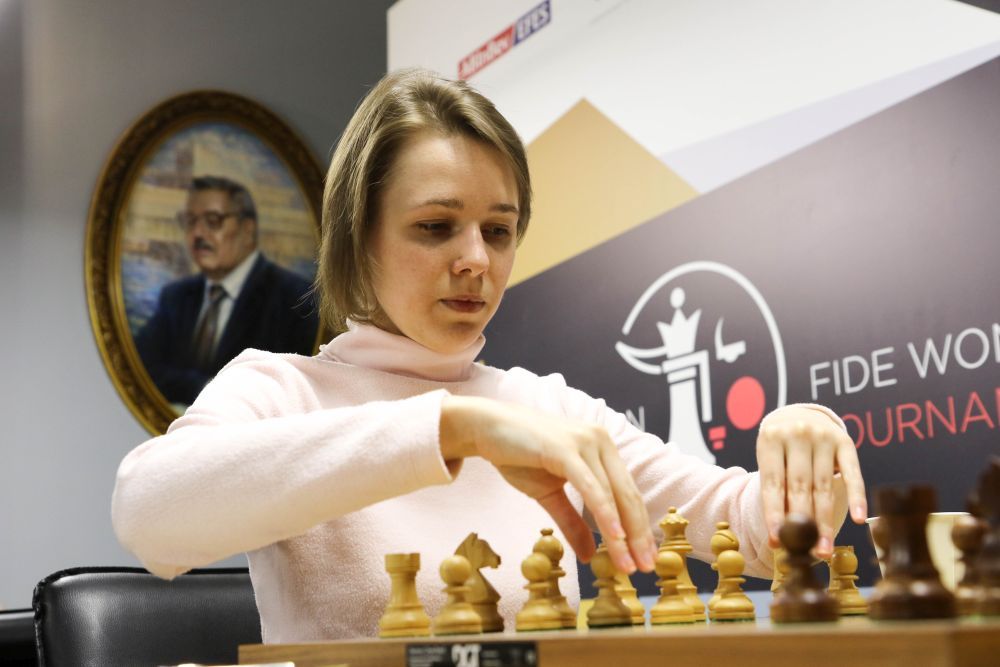 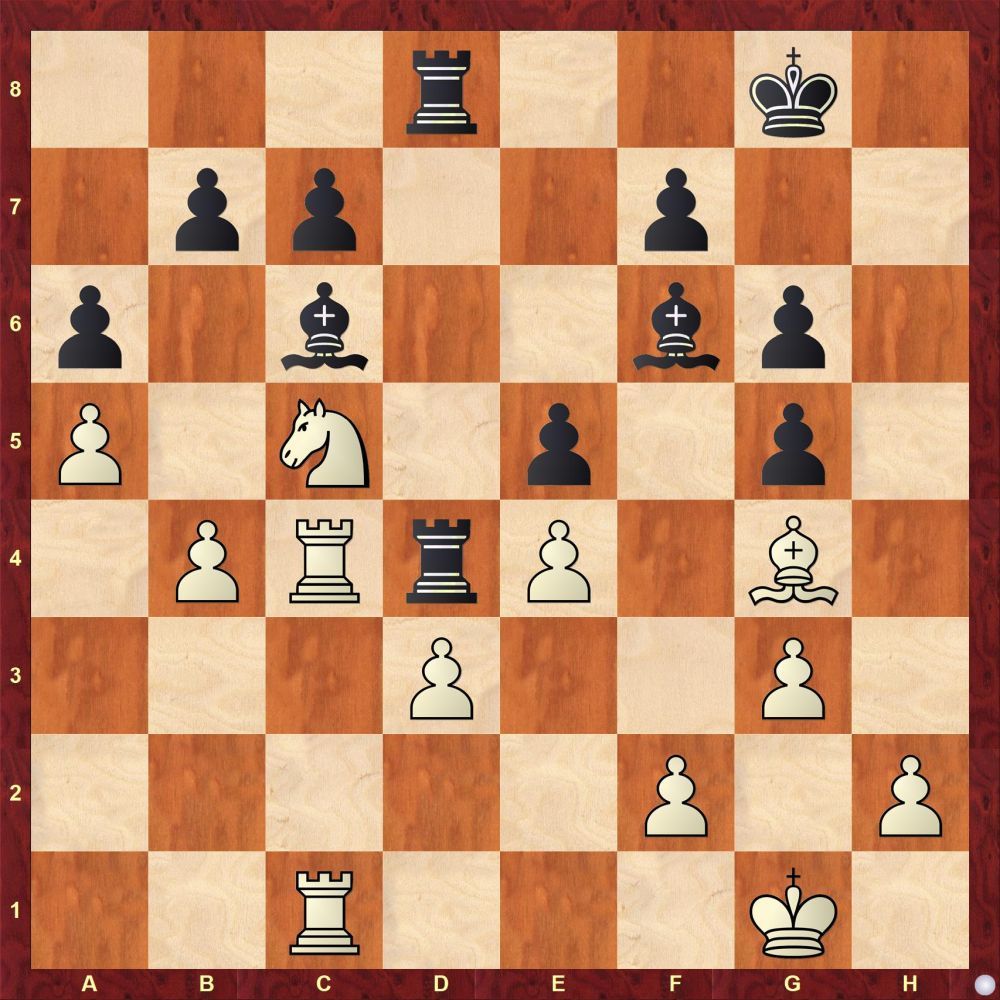 The game remained equal until this point. Mariya is presented an opportunity. Find out what it is. 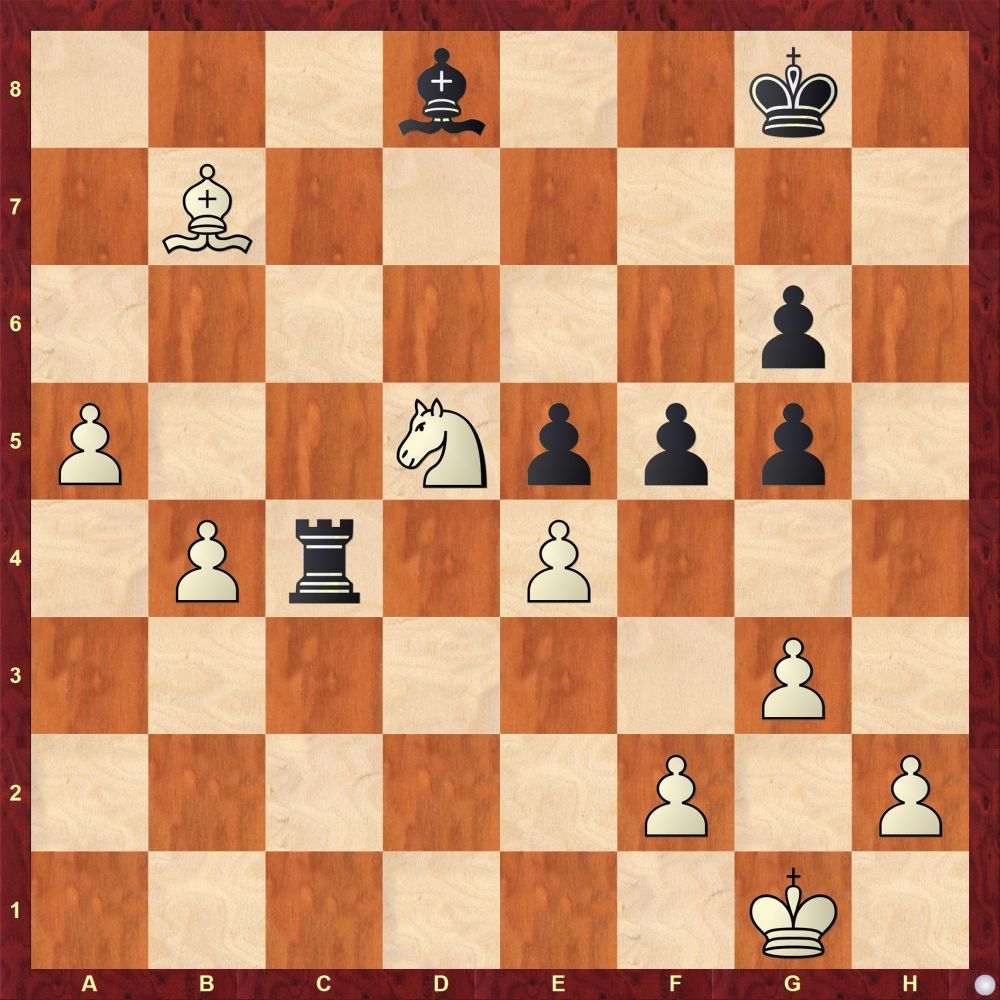 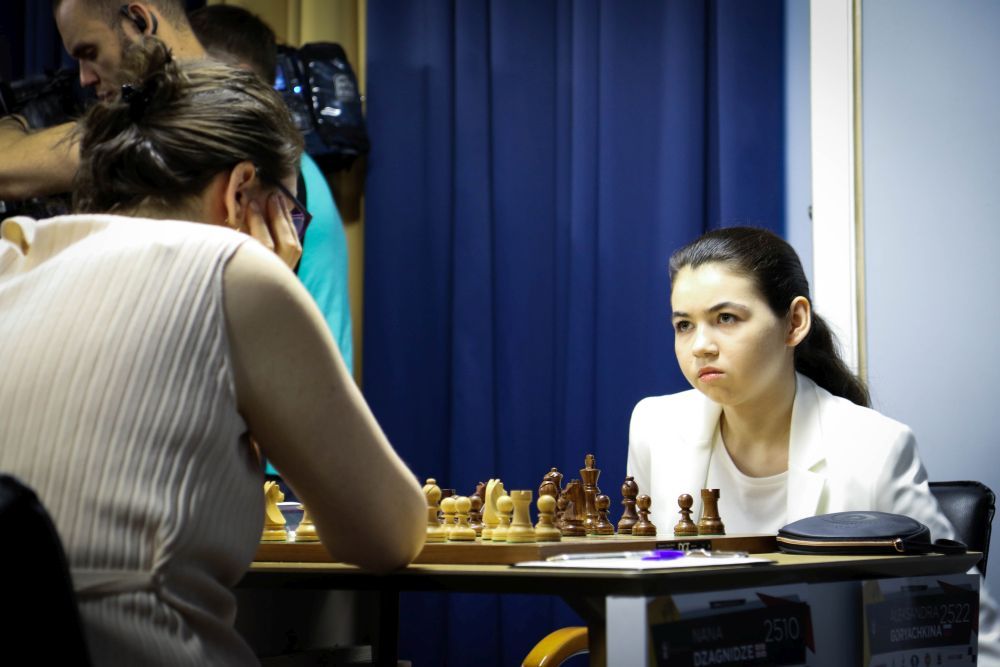 Goryachkina seemed the most vulnerable against Nana | Photo: Eteri Kublashvili

Goryachkina managed to beat Nana who made a wrong sacrifice of a piece where Nana had huge advantage. 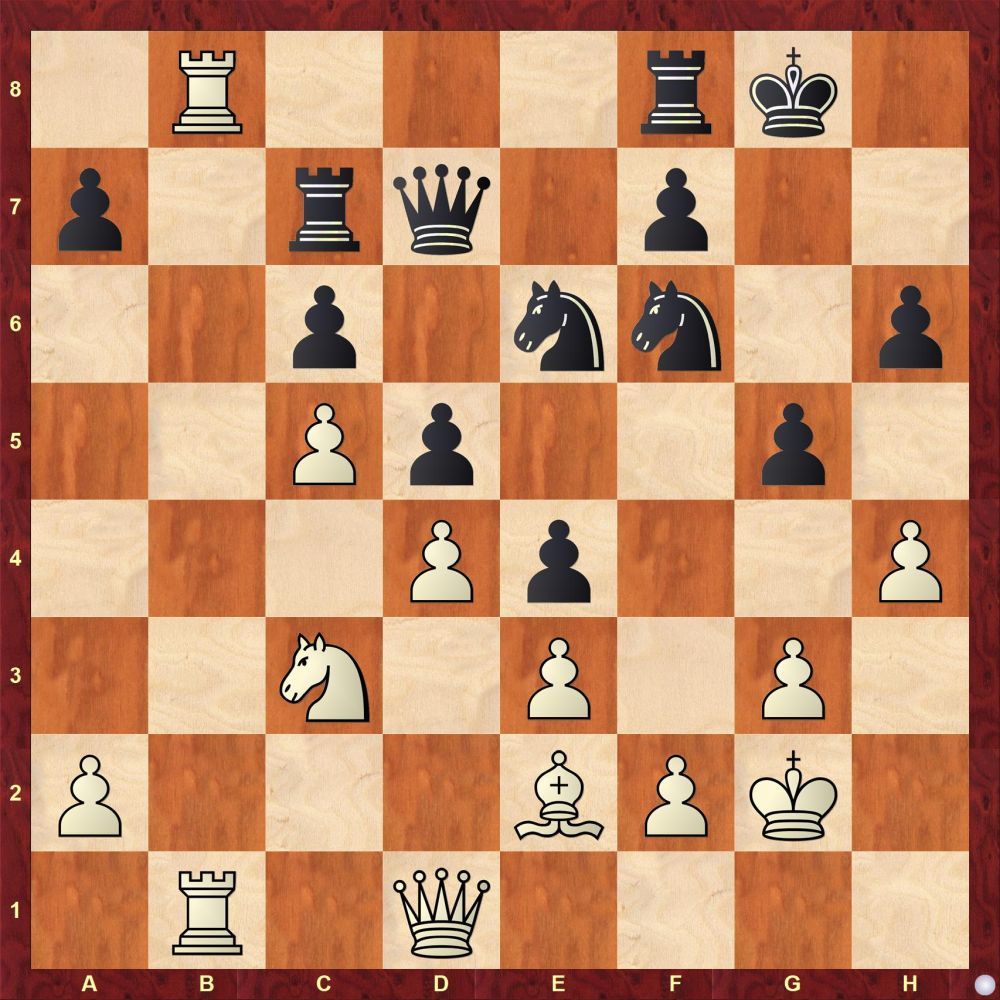 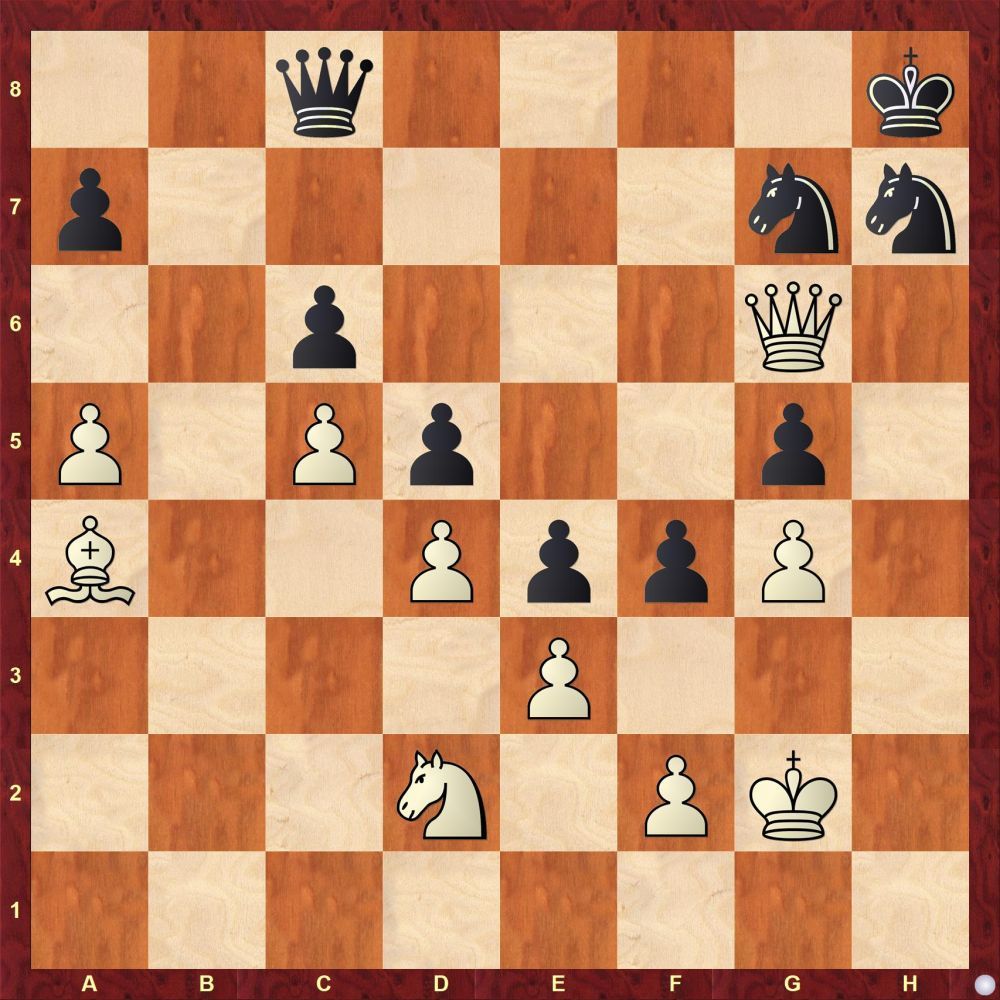 Nana made an incorrect decision and went on to defend the g4 pawn with 48.Kf3. What should she have done instead? 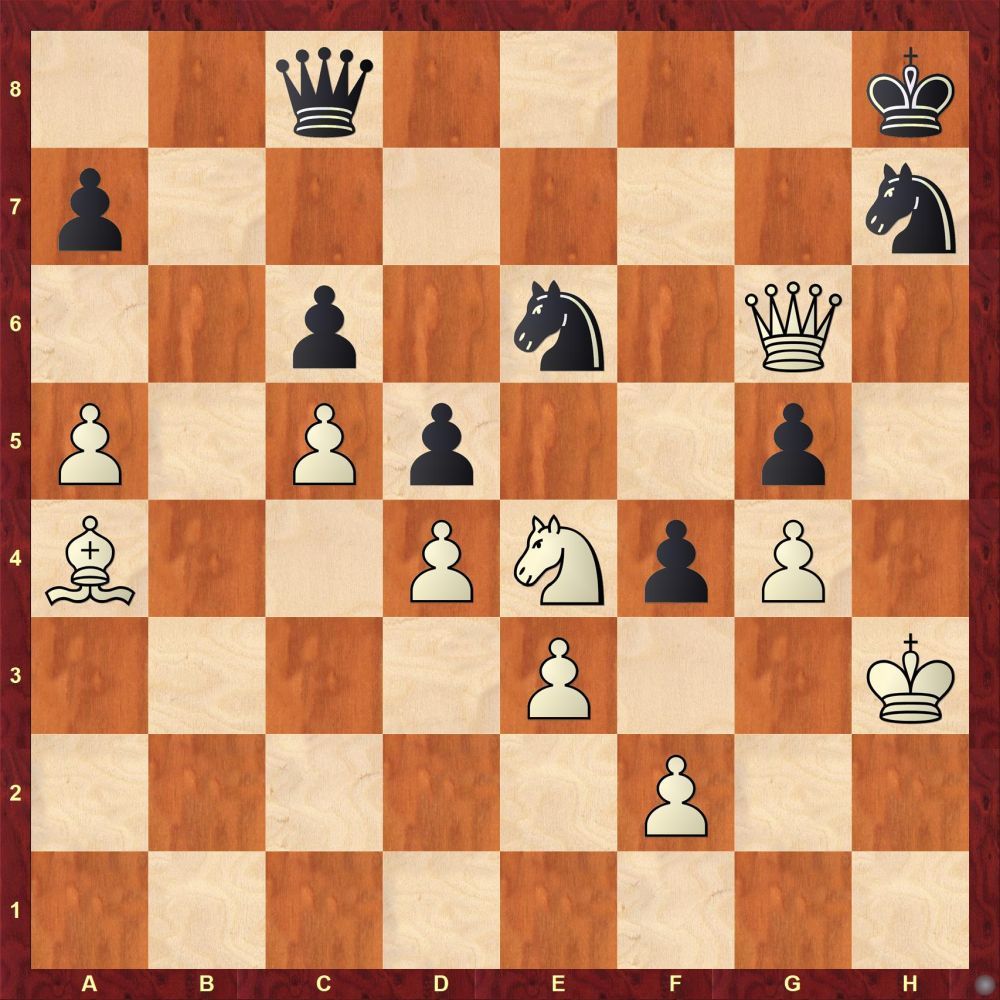 Nana sacrificed her Knight with 49.Nxe4 which faded away all her advantage 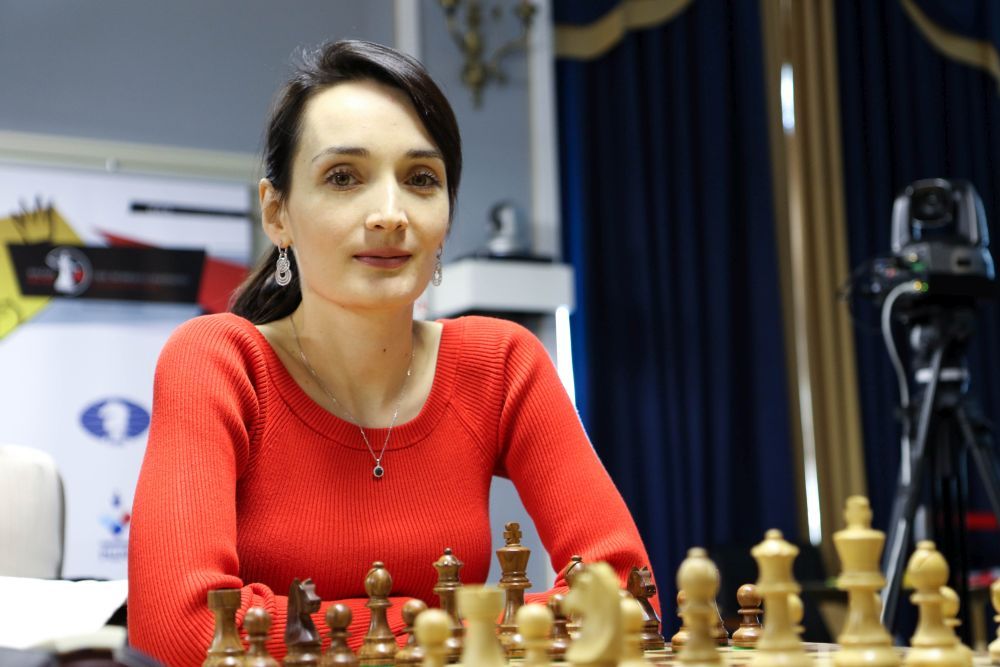 Lagno got into trouble in the middlegame when her pieces lacked space and coordination. She ventured her Queen alone into enemy's territory, leaving her opponent to gain a multitude of tempi. 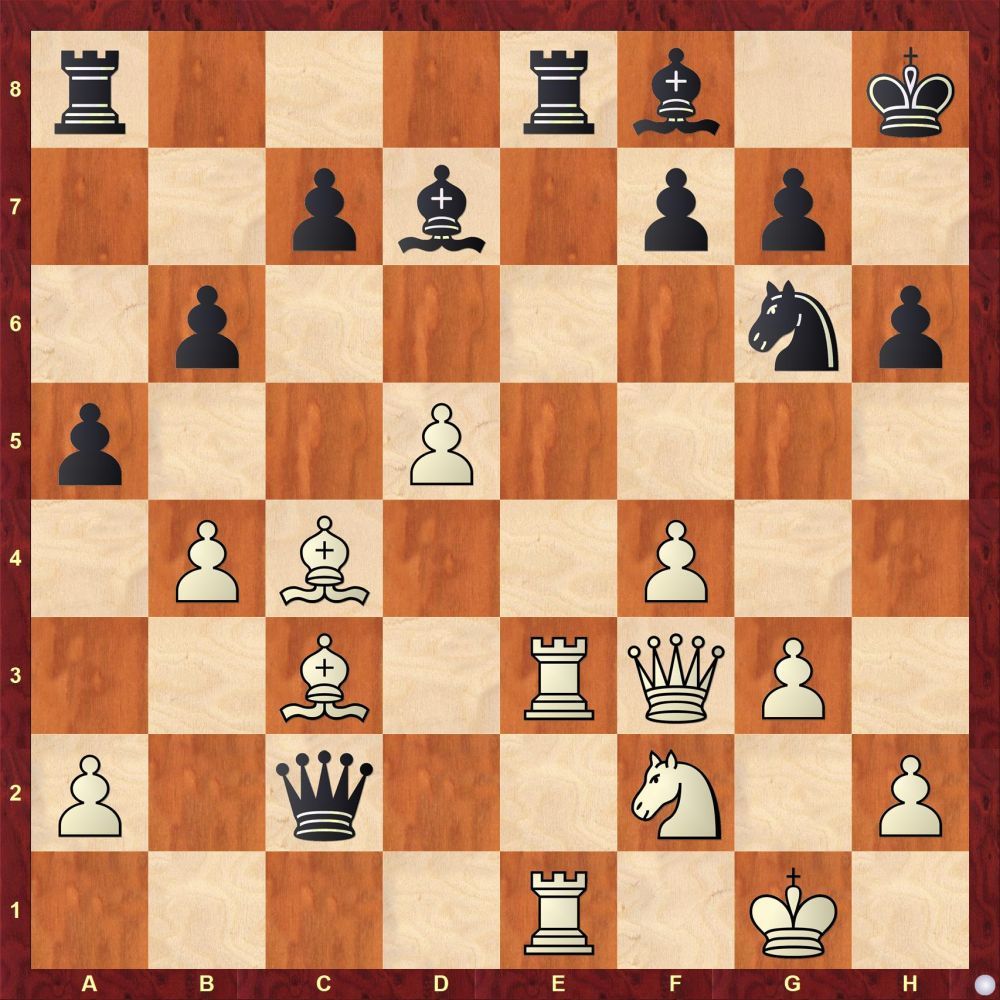 In a position like 23...Qc2 certainly is not a good idea. What would you do here with White? 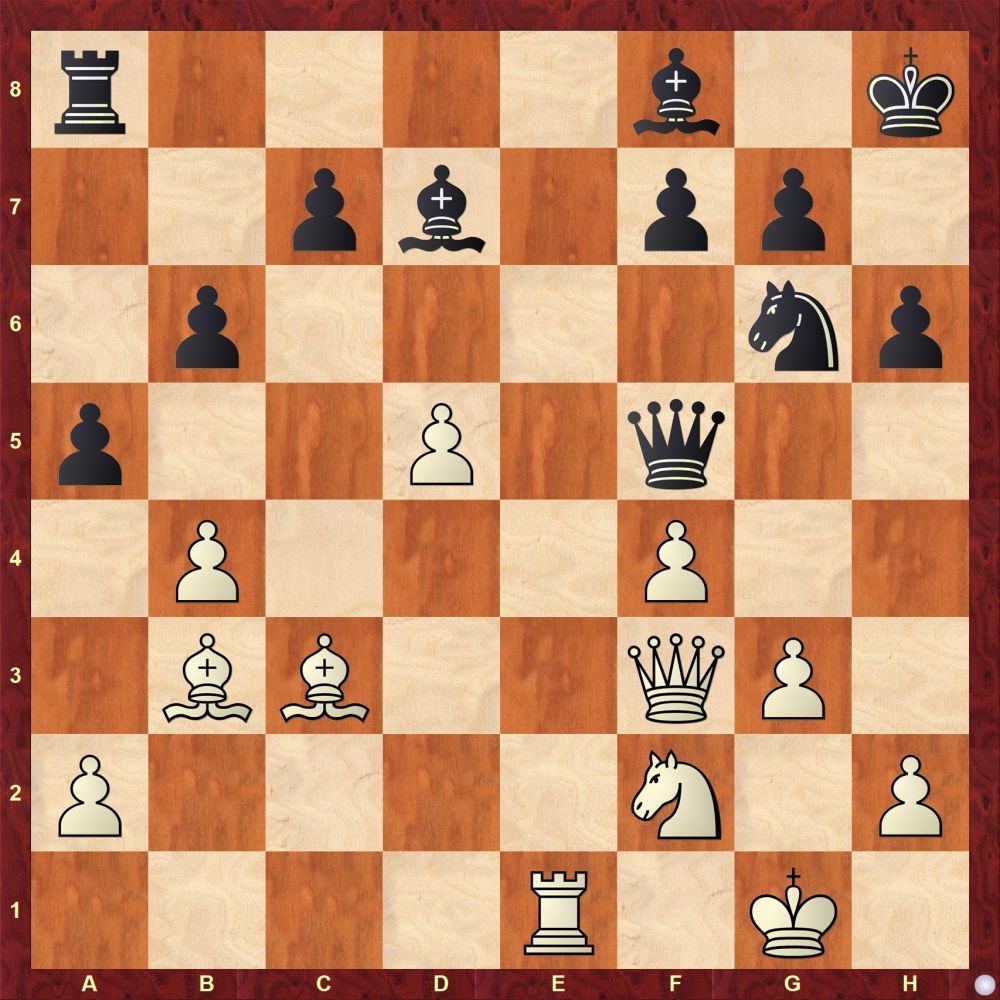 Black's Queen has no safe square to go to. How can White exploit that fact? 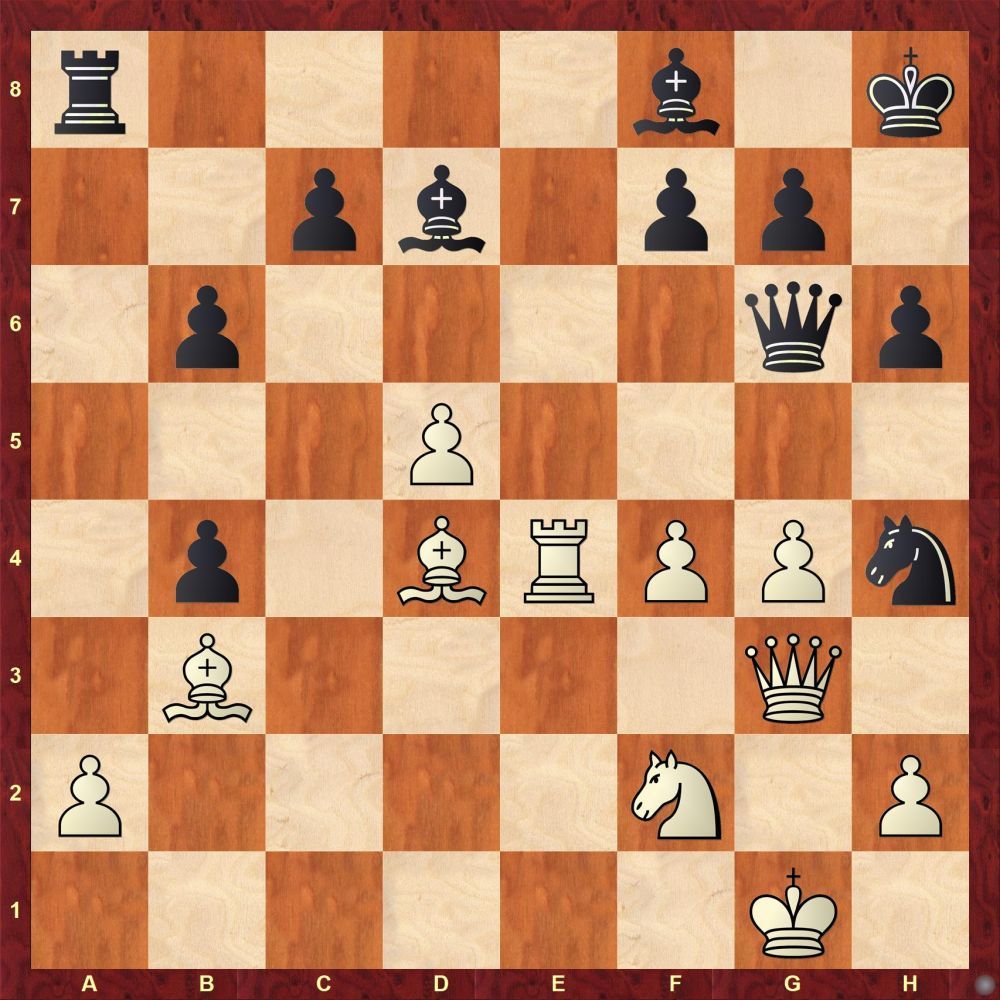 Tables have turned and it's Black who is in the driver's seat now. What is the best continuation for Black here? 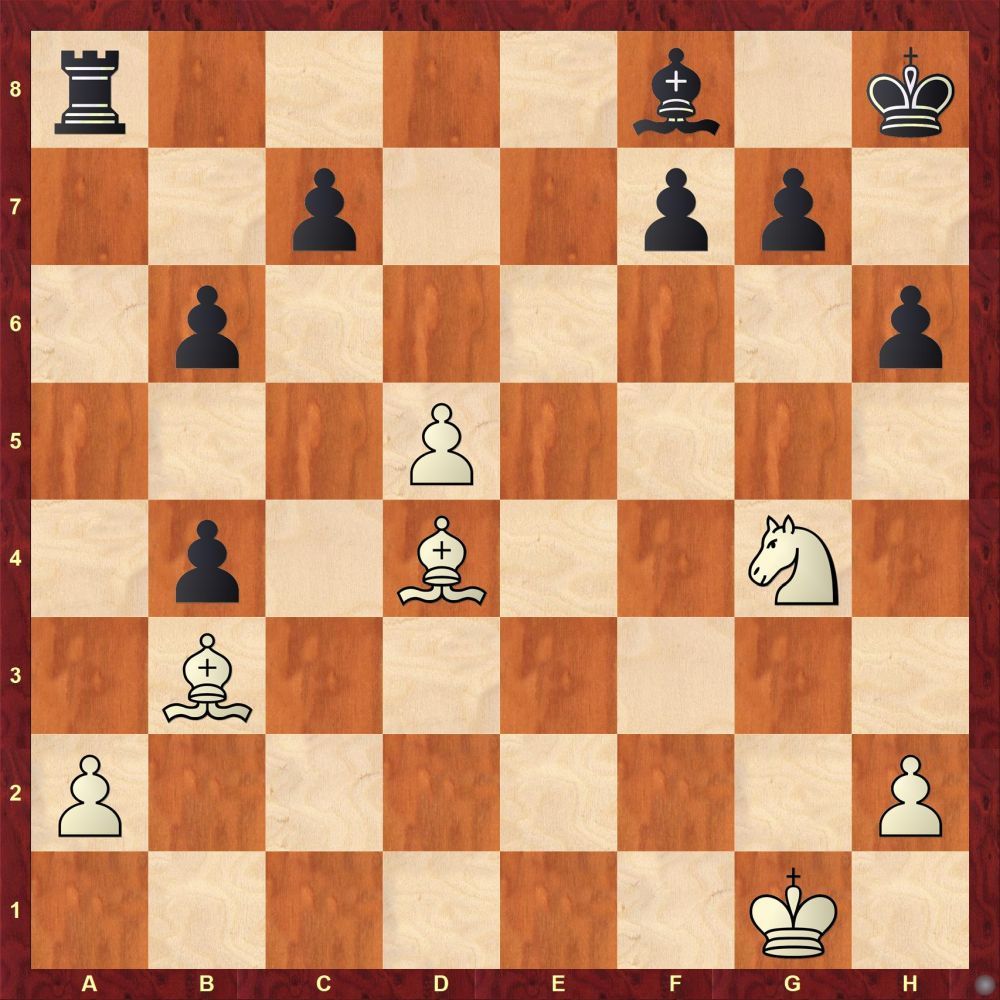 One thing led to the other, White lost a couple of pawns and now has two minor pieces for a rook which was not enough to save the day for Tan Zhongyi
Kateryna Lagno analyzes her game with Elisabeth Paehtz | Video: FIDE Chess