Anish Giri pulled ahead of the rest of the field at the end of the first day of Superbet Rapid and Blitz here in Bucharest, Romania. The Dutch Grandmaster registered victories against Wesley So and Sergey Karjakin in rounds one and three respectively, and drew Fabiano Caruana in the second round to emerge as the sole leader with 5.0/6 points. Five-time World Champion Vishy Anand also started his campaign on an emphatic note by beating the Russian phenom Vladislav Artemiev with black pieces in the first round of the event and is now, along with Levon Aronian and Anton Korobov, just a point behind Giri. In this illustrated article we bring you glimpses of all the exciting moments from day one of the tournament through photos, analyses, and more.

The Superbet Rapid and Blitz started with a bang for Vishy Anand in Bucharest, Romania. The Indian maestro registered a convincing victory against Vladislav Artemiev in the very first round of the event and went on to split points with Wesley So and Shakhriyar Mamedyarov in the subsequent rounds of the day. Vishy had the black pieces in round one and got a strong center out of a King's Indian Attack in the opening. This enabled him to give up an exchange on move 18 and launch a powerful onslaught with his central pawns and pair of bishops against his Russian opponent. The sacrificed material was successfully regained back and an extra piece was also won before resignation came on move 37. 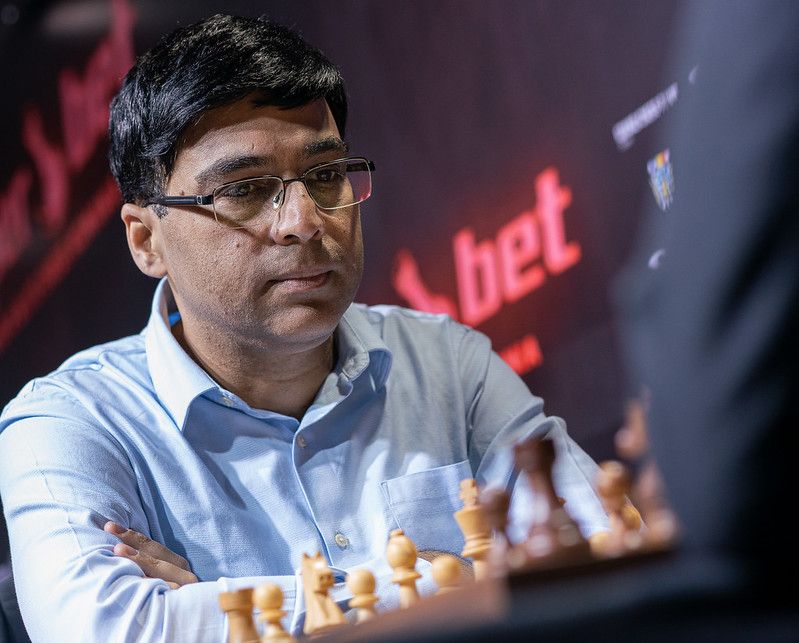 The first day went really well for the Madras Tiger, can he carry on the same performance against Korobov, Aronian, and Giri in day two of the event? | Photo: Lennart Ootes

Vishy was also quite dominating against Shakhriyar Mamedyarov in the third round. With white pieces in this case, he went on the offensive right out of the opening targeting Black's dark square weaknesses in the Italian. The Azerbaijani star defended well and on move 45 grabbed his chance to equalize when the Indian blundered to let go of his firm control of the 8th rank. The game was agreed to a draw after 50 moves, annotation of the same is presented below: 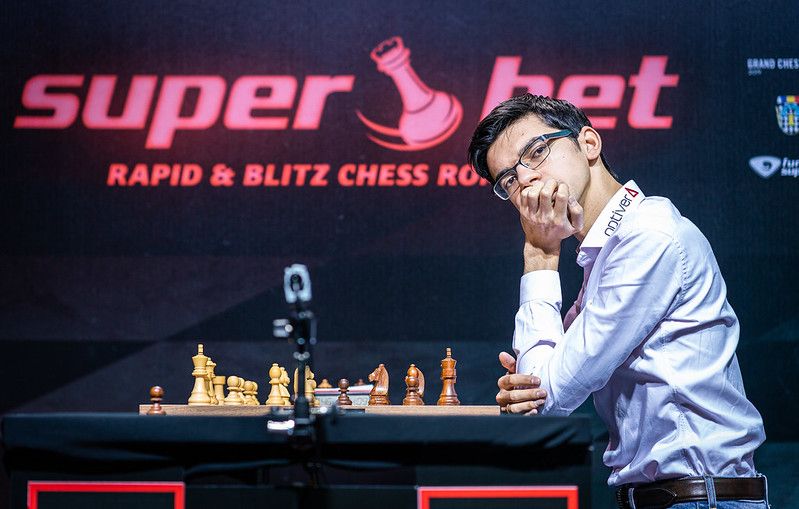 Anish Giri was the star of the day as he not only defeated the newly crowned World Champion of Fischer Random Chess Wesley So in a mere 39 moves but also went on to beat Sergey Karjakin in the final round of the day with black pieces. Both of these games are presented below with analyses | Photo: Lennart Ootes 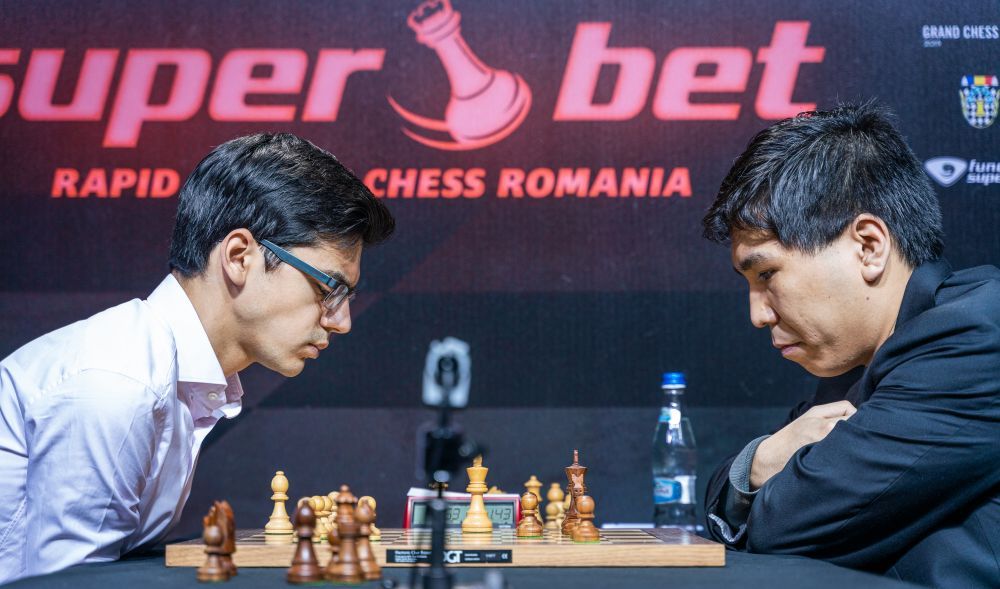 Anish Giri in action against Wesley So in round one | Photo: Lennart Ootes

Another decisive and very complicated game in the first round happened between Fabiano Caruana and Levon Aronian. In this encounter, Caruana sacrificed a piece for a strong kingside attack but things went awry for him as Black was able to consolidate in time and in the end simply enjoy the extra material. Fabiano bounce back in the third round to defeat So and finish with 3.0/6 points at the end of the day. 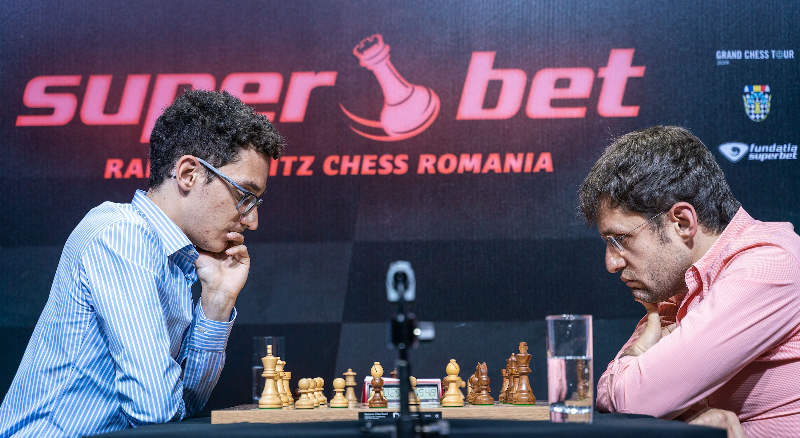 The Romania Grand Chess Tour opened with what was simply a cracker of a slugfest between Fabiano Caruana and Levon Aronian | Photo: Lennart Ootes

The first round itself was probably the most entertaining as it saw three decisive results and some very interesting battles.

The second round wasn't the most exciting as all games ended in draws.

The final round of the day also produced three results. View all completed games below.

Standings after day one 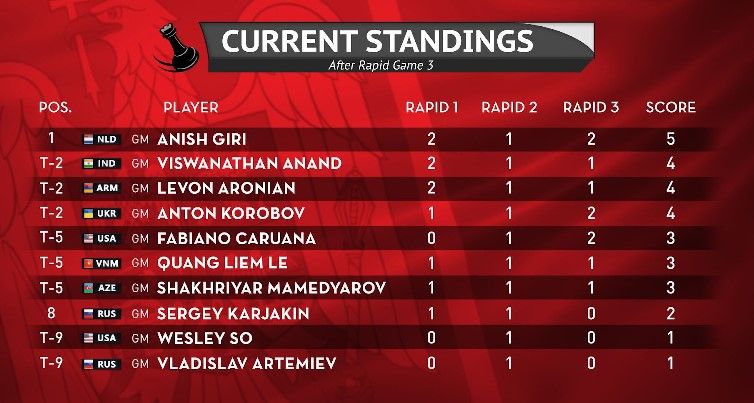 This is the current standings and scores of the players in the event. Remember, the one point difference isn't much in this format as win in rapid section counts for two points while a draw count for one.