While Anton Korobov clinched the Superbet Rapid title unbeaten, the blitz section of the tournament is now being dominated by another wild card, namely Le Quang Liem. The 28-year-old Vietnamese managed to beat the five-time World Champion Vishy Anand in the final rapid round of the event and emboldened by that victory went on to rampage through the first day of blitz rounds finishing a stunning 1.5 points ahead of the field. Levon Aronian and Sergey Karjakin were the next best performers of the day who finished with 5.5/9 and 5.0/9 points respectively. The Madras Tiger Vishy Anand and Anton Korobov too didn't disappoint and pulled off a decent 4.5/9 points each. In this report we bring you the details of first nine blitz rounds of the event.

Le Quang Liem dominated the first day of Superbet Blitz by finishing with an astonishing score of 7.0/9 at the end of nine rounds. The top-ranked Vietnamese Grandmaster started his triumphant campaign by taking down leader Anton Korobov in the very first round itself and then rampaged through the rest of the field beating Vishy Anand, Vladislav Artemiev, Wesley So, and Anish Giri. He did find himself in some trouble against Fabiano Caruana though but defended exceptionally well in a long rook endgame to ultimately force the split of point. Let us have a look at Le's game against Anish Giri where the Dutchman had the black pieces and found himself completely at loss playing the Sicilian Dragon. 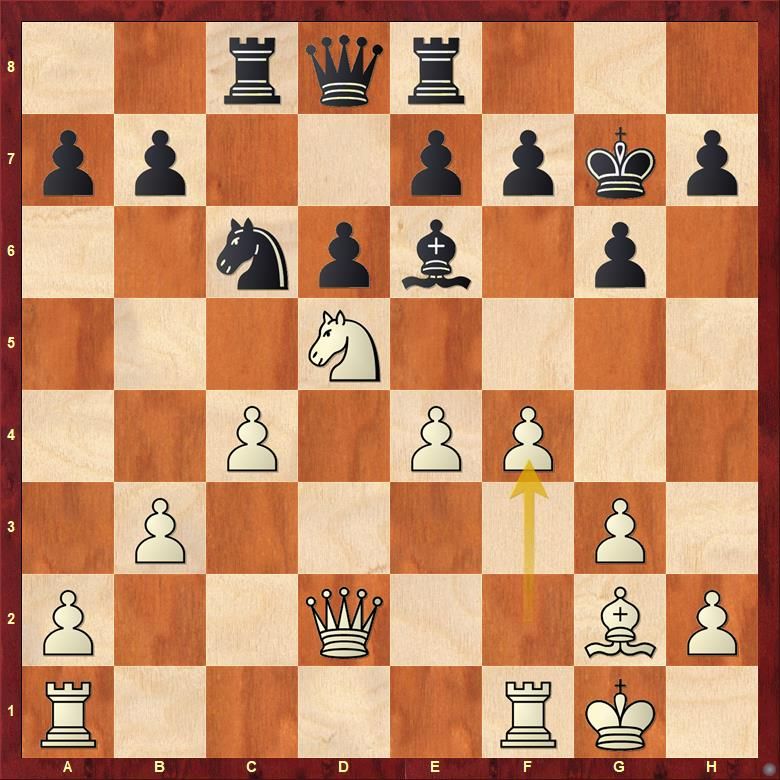 White managed to exchange off Black's Dragon bishop on move 15 and thereafter 19.f4 was a very direct attempt to stir things up on the kingside where the dark squares were weakened. 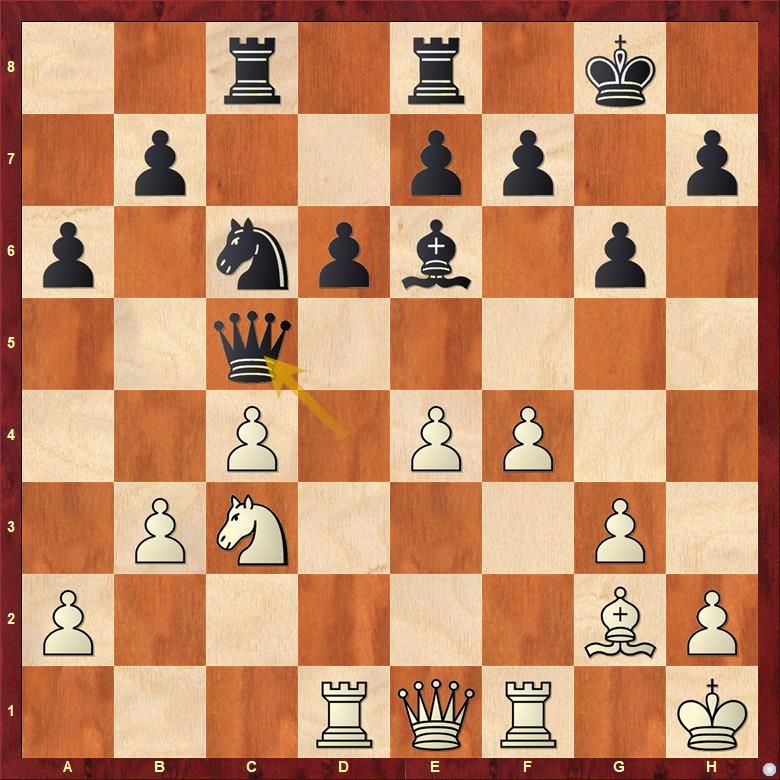 The engine already evaluates White's position to be decisively better. Can you guess how the Vietnamese pushed forward from here? 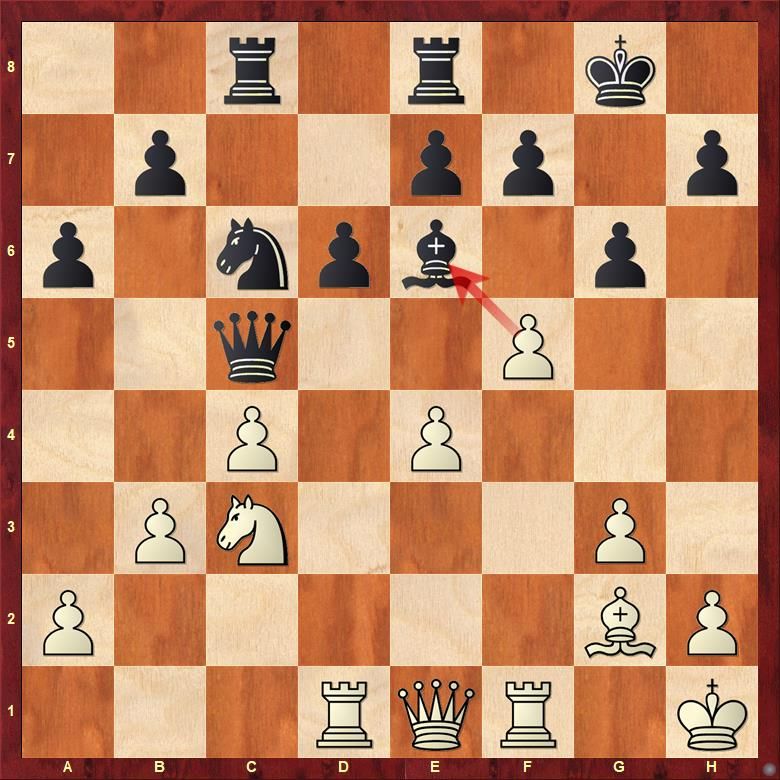 Yes, the typical 24.f5! was the critical strike. Now, if only the white queen could get into the foray, Black would be crushed. 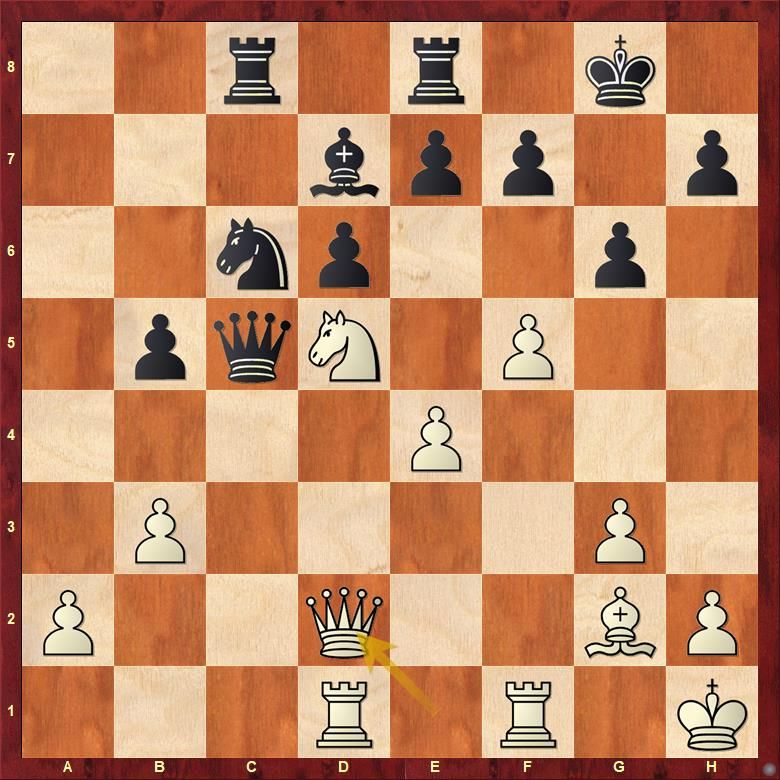 Le prepared to bring his queen into the attack with 27.Qd2 and here Giri made the final blunder by going 27...Qa7 ... Can you see the final blow White came up with? 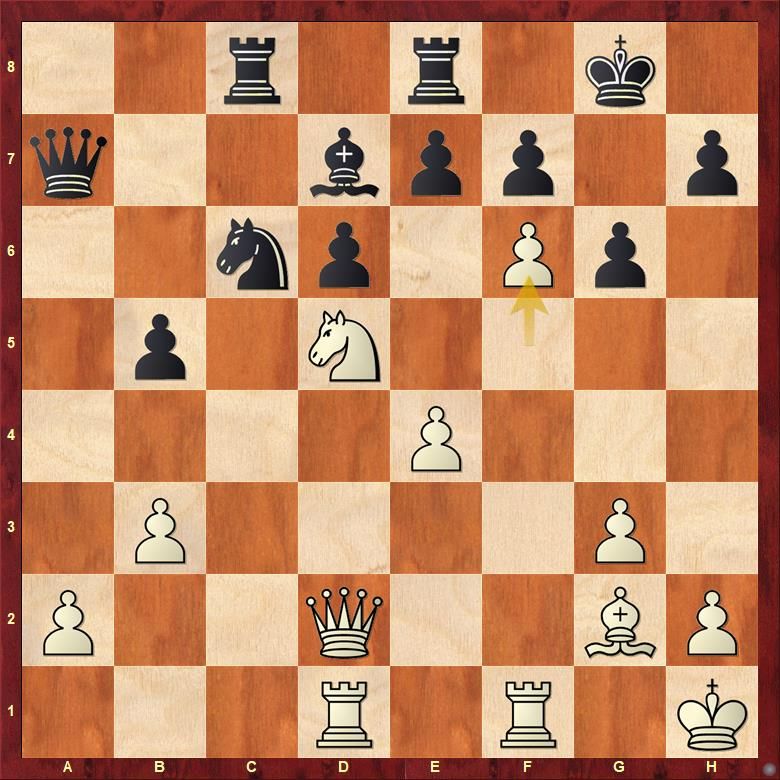 Well, it was the powerful 28.f6! threatening Qh6 followed by mate on g7. Black had to call it a day only after five moves from here.

Vishy Anand had a mixed outing on the first day of blitz. He started with a loss against Fabiano Caruana in the first round but registered emphatic wins against Shakhriyar Mamedyarov, Anton Korobov, and Vladislav Artemiev. After nine rounds, the Madras Tiger finished with a decent score of 4.5/9 and is now placed joint fifth on the rank list along with Mamedyarov and Giri. 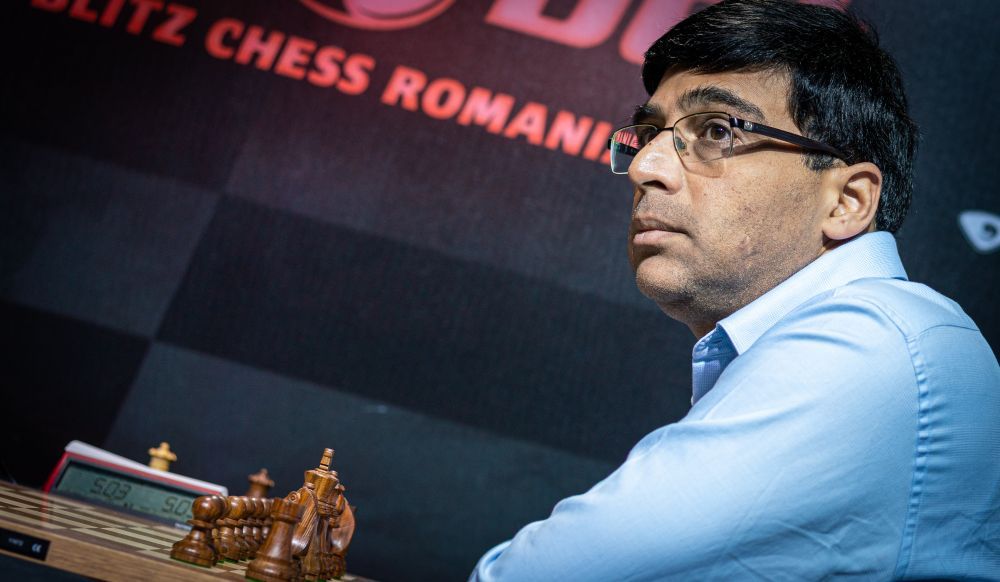 Vishy played solidly but had to suffer defeats in the hands of Caruana, Karjakin, and Le in the first nine rounds | Photo: Lennart Ootes 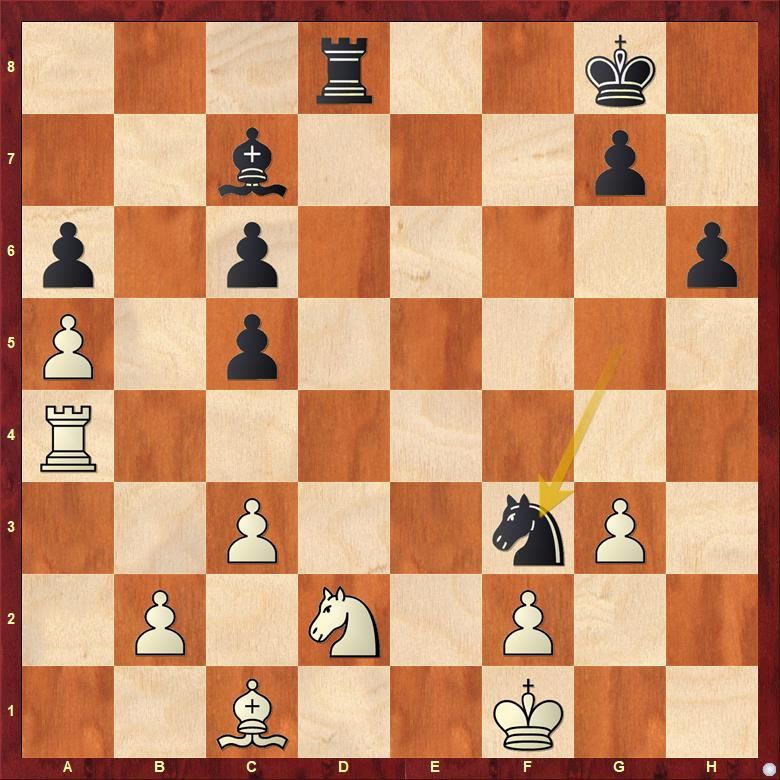 40.Nf3 was the critical mistake that cost Shakh a point in the second round. Black is giving up his knight but intends to win back the white bishop with Re1+ but can you see the fault in this plan?

The weakness of this idea was revealed soon after 40.Nxf3 Rd1+ 41.Ke2 Rxc1 with the move 42. Ne1! which renders the rook on c1 out of play. Vishy converted the game from here on without much difficulty and won a piece on move 50. The game was resigned only six moves later. 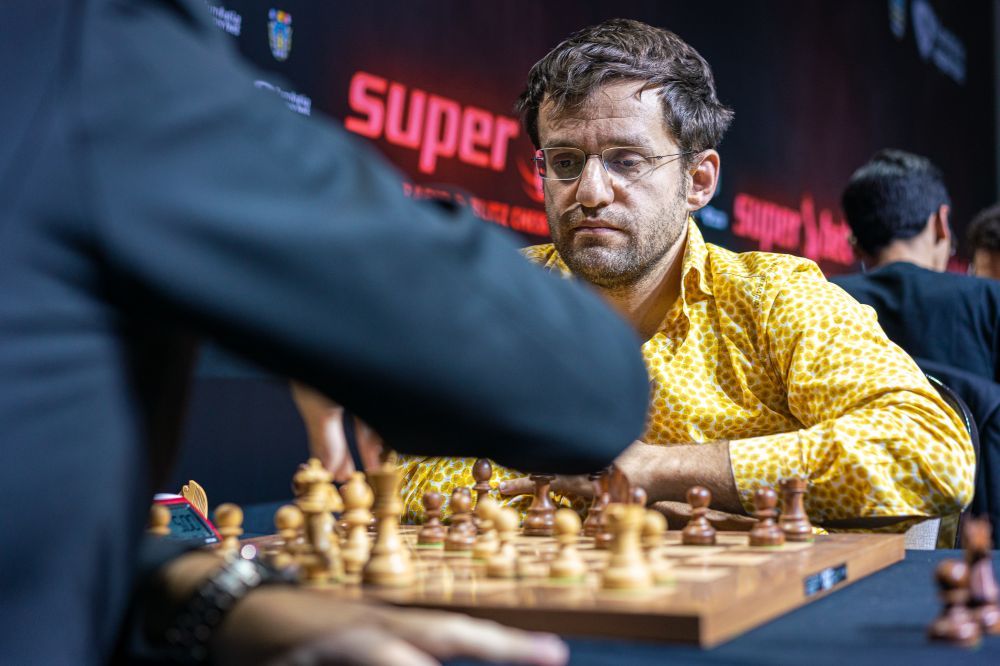 Levon Aronian was the second best performer of the day and scored 5.5/9 points | Photo: Lennart Ootes

The Armenian in action against Shakhriyar Mamedyarov in round one | Photo: Lennart Ootes

In the following game with White against Wesley So, Aronian sacrificed a pawn in the opening to open up lines and then built a remarkable attack on the kingside. Black however ended up blundering and losing a whole rook. The game was resigned after 30 moves. 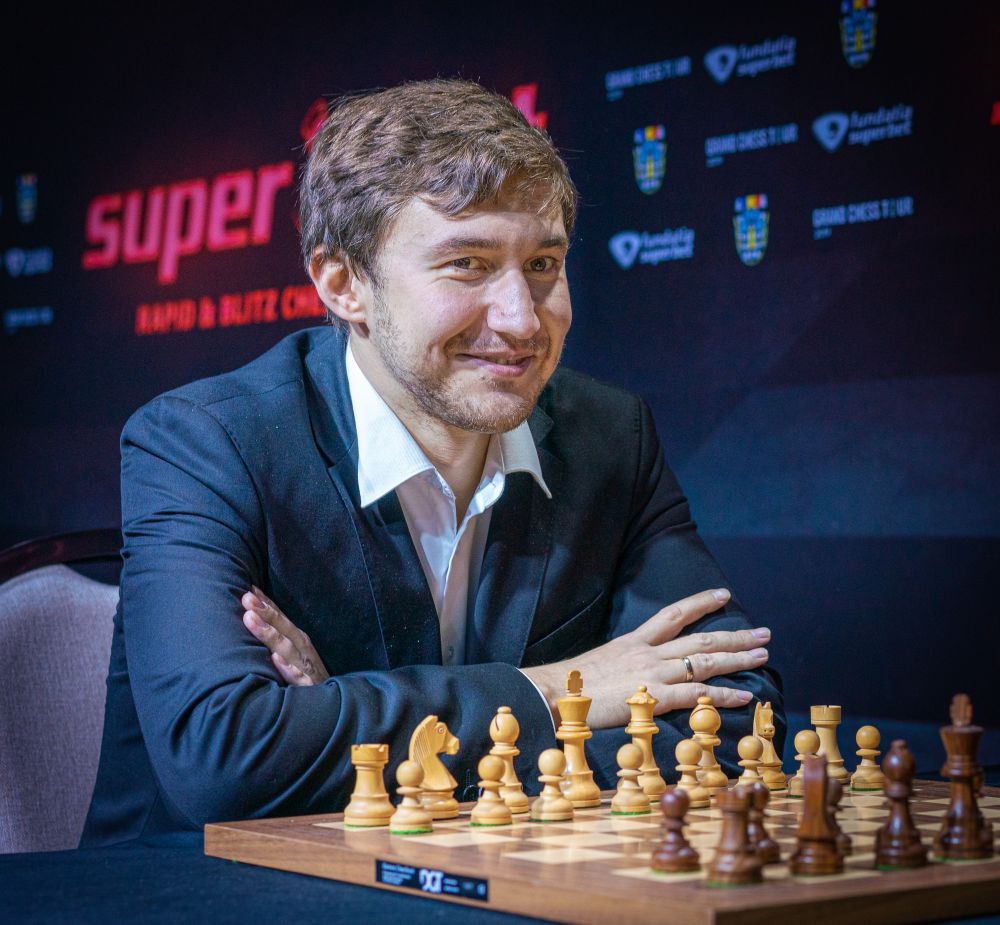 Sergey Karjakin finished just half a point behind Aronian with a score of 5.0/9. His encounter against Vishy is given below | Photo: Lennart Ootes 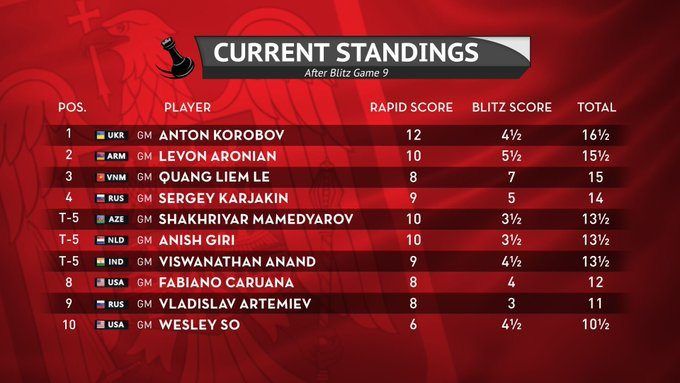 Results of all nine rounds