Anton Korobov is the unbeaten champion of Superbet Rapid

Anton Korobov has convincingly won the rapid section of Superbet Rapid and Blitz by finishing two points ahead of the rest of the field with a score of 12 out of possible 18 points. The Ukrainian Grandmaster, who entered as a wild card participant, managed to remain unbeaten through all the nine rapid rounds. In the third day of the event he drew his games against Levon Aronian, Anish Giri, and Fabiano Caruana and that proved just enough to secure his finish on the top of the leaderboard. Vishy Anand made a promising start by beating Caruana in round seven but lost to Sergey Karjakin and Le Quang Liem subsequently to slip down the rank list. We bring a detailed report from Bucharest with photos, analyses, and more.

The rapid section of Superbet Rapid and Blitz ended surprisingly in the triumph of one of its wild card participants. Anton Korobov successfully held his own against a truly world class opposition and finished ahead of several hot favourites. He not only remained unbeaten through all the nine rapid rounds but also dominated the field with a fabulous score of 12.0/18 points. Anish Giri, Levon Aronian, and Shakhriyar Mamedyarov who were jointly placed second, finished only a full two points behind the Ukrainian giant-killer. 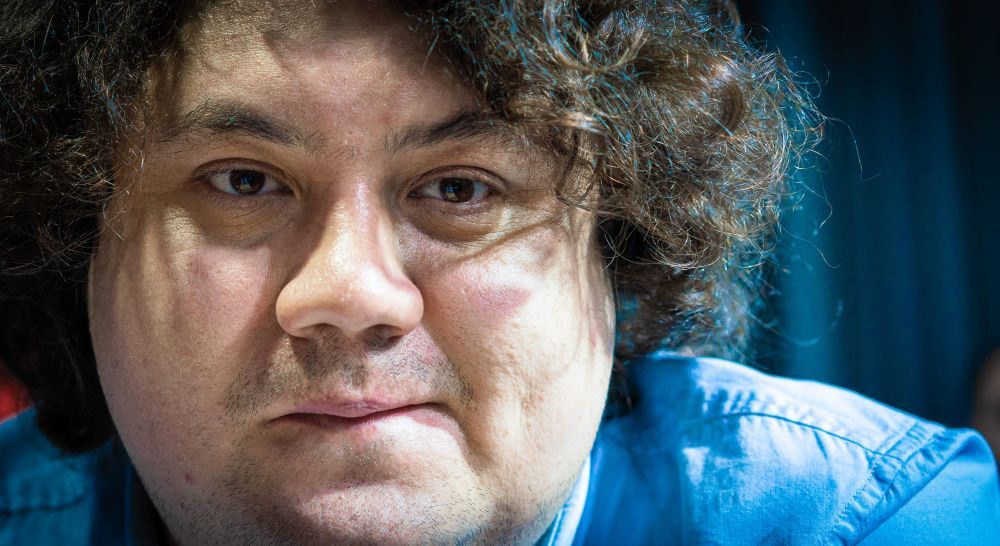 A tournament win ahead of the likes of Caruana, Karjakin, and Aronian is certainly a special achievement for the 34-year-old Anton Korobov | Photo: Lennart Ootes

Korobov drew his last three encounters against Levon Aronian, Anish Giri, and Fabiano Caruana, and that was just enough for the Ukrainian to secure the first place in the event. But however it is worth having a look at these games which even though ended in draws had fair share of ups and downs. Both Aronian and Giri actually had an edge against Korobov in rounds seven and eight, the latter's initiative was even decisive at one point and if it wasn't for a blunder at the last moment, should have led to a win. Fabiano Caruana, on the other hand, suffered for the better part of the ninth round encounter and was relieved to escape with a draw in the end after 51 moves. 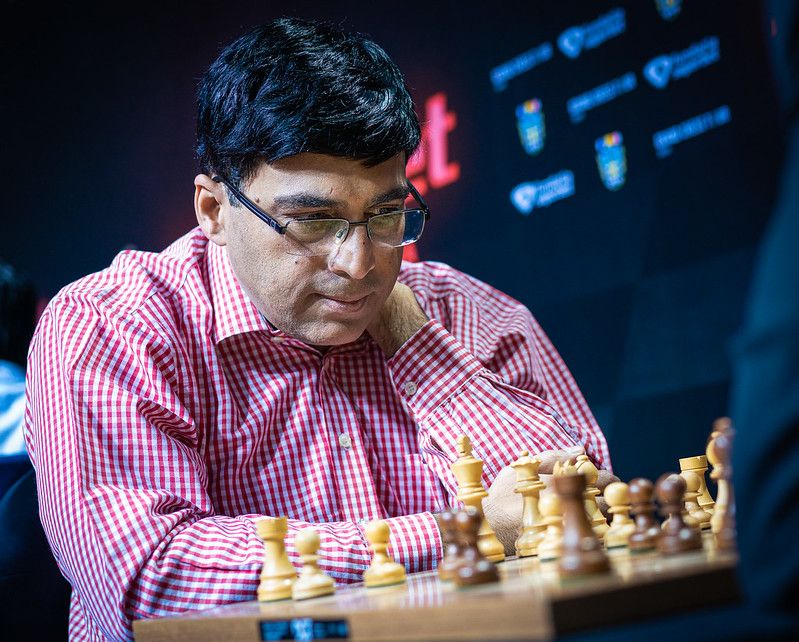 Vishy Anand pulled off an emphatic win against none other than world no.2 Fabiano Caruana in the seventh round of the event but unfortunately his prospects were doomed in the subsequent games against Sergey Karjakin and Le Quang Liem | Photo: Lennart Ootes 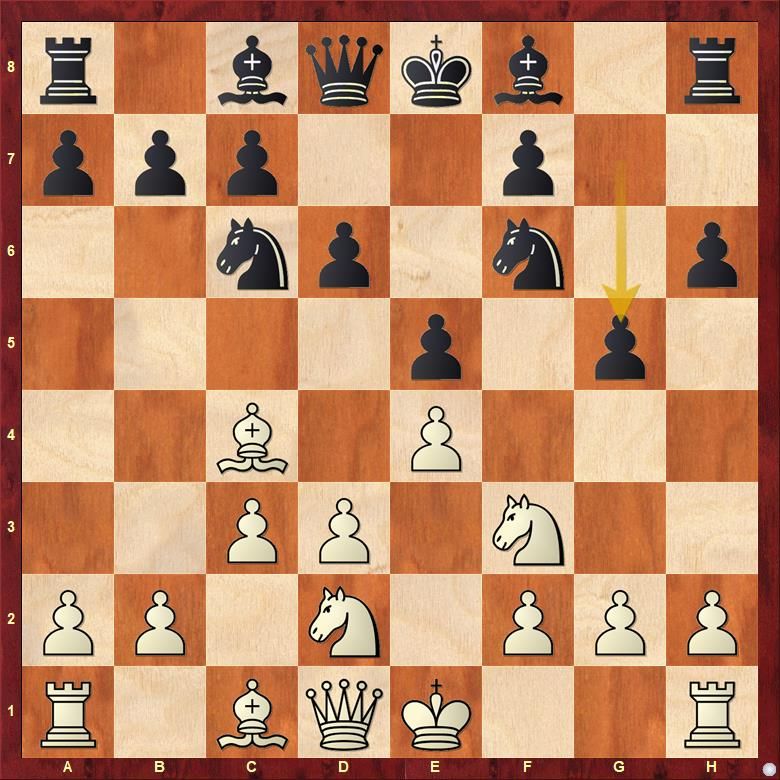 Caruana went for a very ambitious plan with the black pieces. 6...g5 was a move that was incidentally used by Ian Nepomniachtchi earlier this year in the Croatia Grand Chess Tour to beat Vishy Anand but this time the Indian maestro knew better. 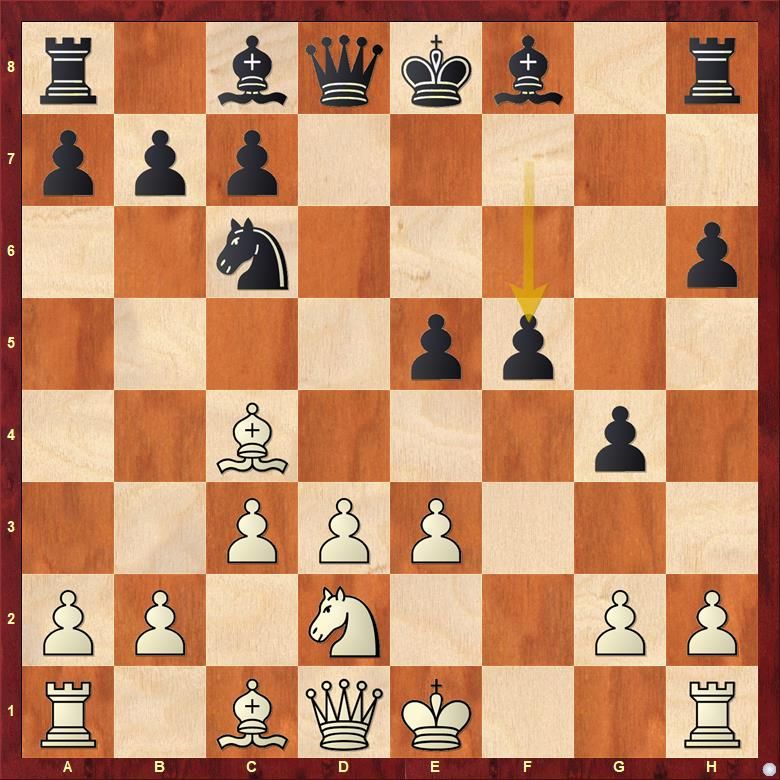 Caruana continued to push with 11...f5 even and this was a new move in the position. Vishy kept his calm and simply castled short. 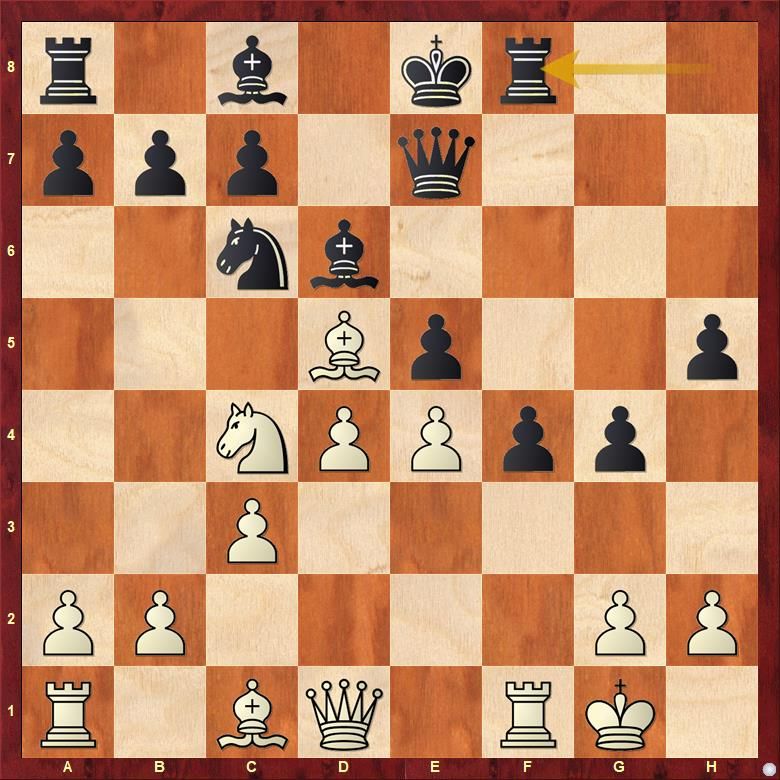 The Madras Tiger adopted a very pragmatic approach and simply spoiled Black's structure further with 17.dxe5 Bxe5 18.Nxe5 Qxe5 19.Qd2 Be6 20.Bxc6+ bxc6 and now it was only a matter of exchanging more pieces and liquidating into a superior endgame. 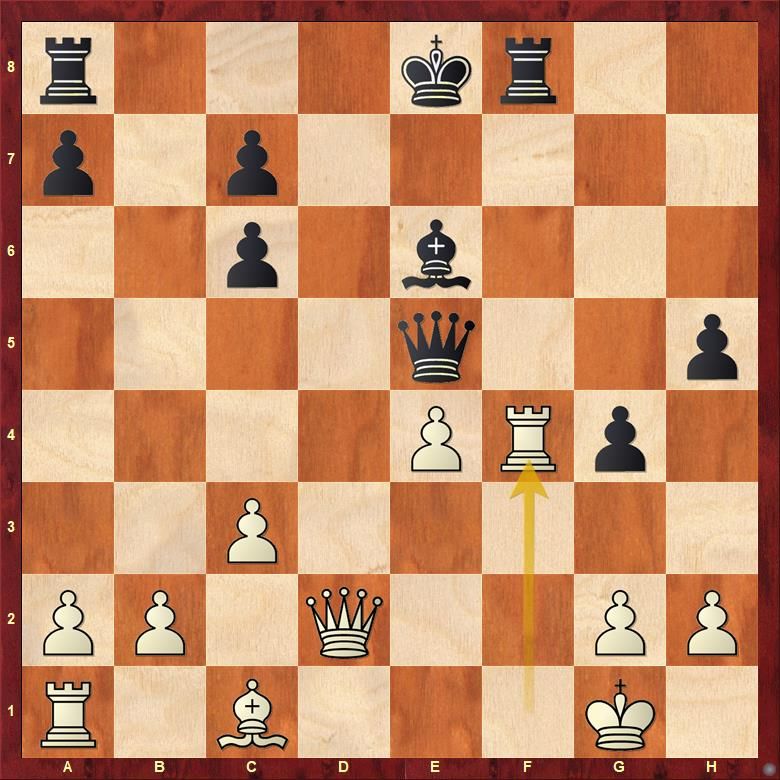 This was achieved quite easily next with 21.Rxf4 Rxf4 22. Qxf4 Qxf4 23.Bxf4 and the rest was just a matter of technical conversion for the former World Champion. 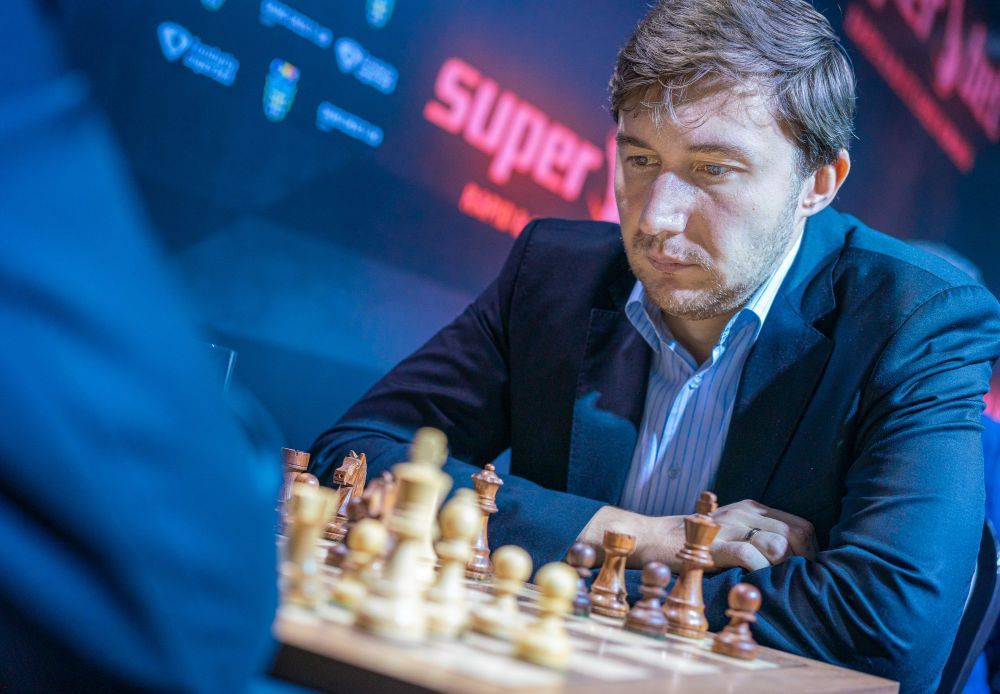 Sergey Karjakin outplayed Vishy Anand in a queen-pawn ending in the eighth round of the event and finished with a score of 9.0/12 | Photo: Lennart Ootes 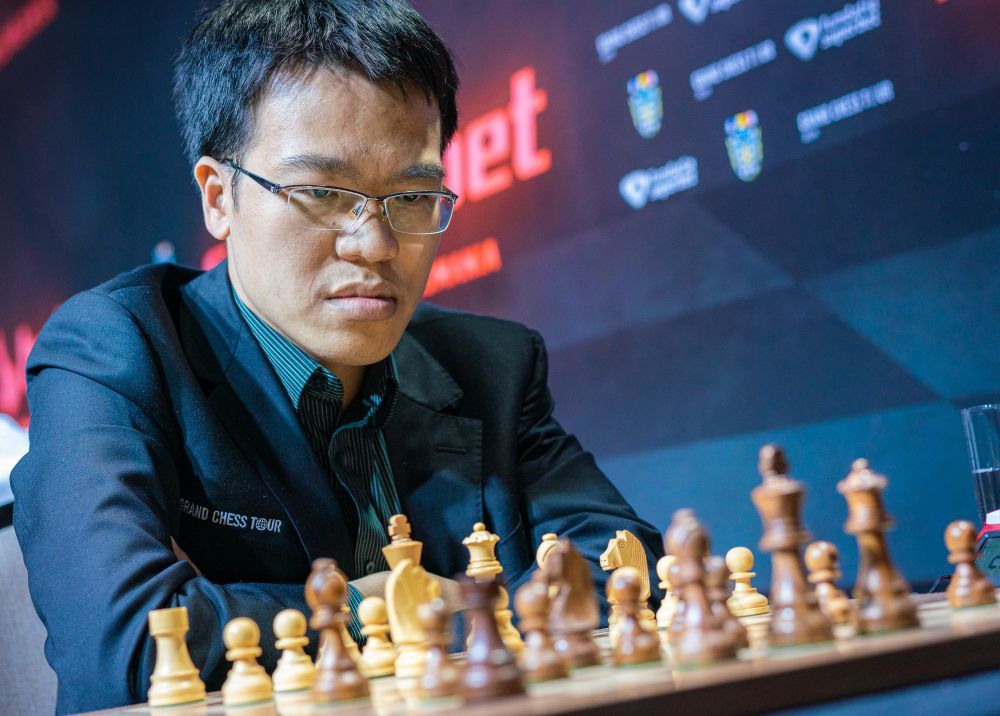 Le Quang Liem finished seventh with a score of 8.0/12 but defeated Vishy in the final round of the event | Photo: Lennart Ootes 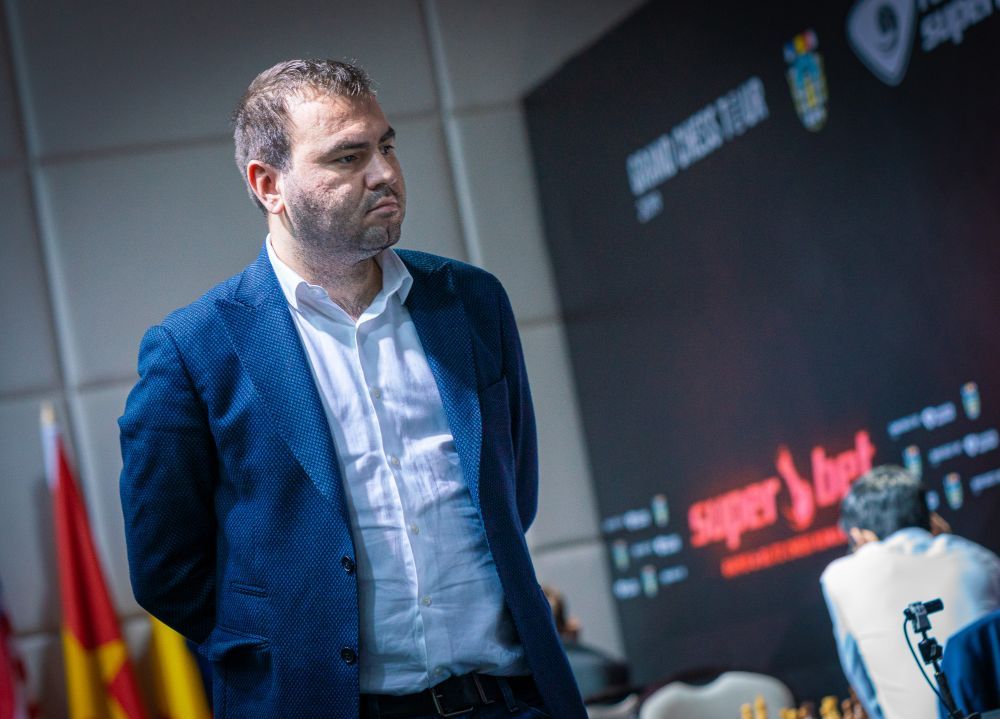 Shakhriyar Mamedyarov made an excellent comeback on the third day and defeated Caruana and Giri to climb up the leaderboard and finish second. His game against the World no.2 that finished with a nice tactical shot is given below | Photo: Lennart Ootes

Both rounds seven and eight saw three out of four decisive results.

Vishy Anand versus Le Quang Liem turned out to be the only decisive game in the final round. 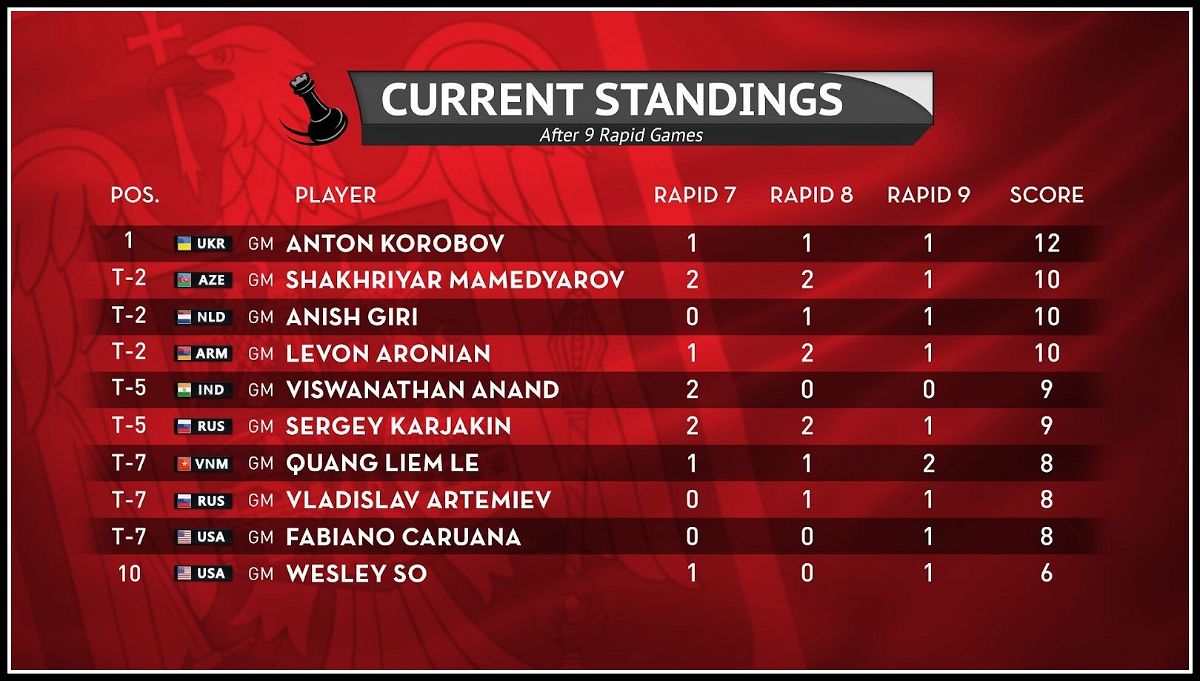