Shamkir 2019 round 1: Navara makes a Houdini like escape against Vishy Anand

Usually when a super tournament begins we have a look at the results and when we see that all of the games have ended in draws, we feel that it might be a boring round. Nothing can be farther from the truth at the first round of the Shamkir Chess 2019. The 10 player tournament began with five draws in round one, but we saw a lot of fighting chess. The grandest one being Vishy Anand versus David Navara. Playing with the white pieces Anand outplayed his Czech opponent in fine style and built up a winning position. Just when it seemed like Vishy would take the full point, he made a huge mistake. Navara was agile, and pounced at the opportunity with both hands setting up a beautiful perpetual check. This game and the rest analyzed in great depth by our new author Tanmay Srinath.

Vugar Gashimov was certainly one of the most original and creative thinkers to ever play the game. His use of the Modern Benoni struck a chord in my heart, as I admired one of the few chess players gutsy enough to play such sharp stuff against the world’s best. It’s a real shame that brain tumour took him away before I could watch him more. To pay tribute to the genius, 10 of the world’s top players have assembled in Azerbaijan to play a super tournament of 10 rounds. The top seed is Magnus Carlsen, as he aims to add a 4th straight title here. 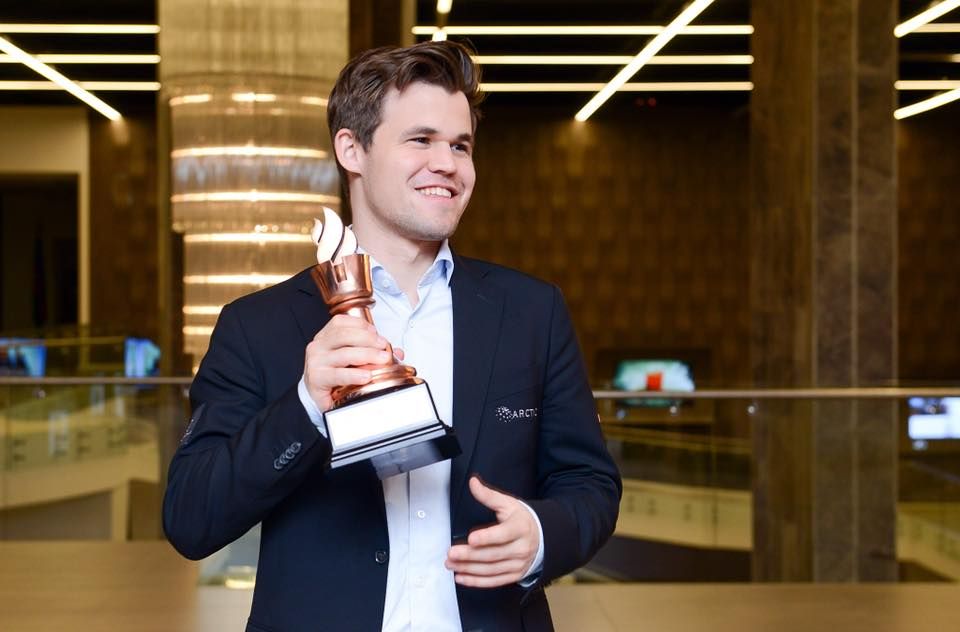 Magnus Carlsen with his trophy after he won the Shamkir Chess Festival in 2018 | Photo: Official Facebook page

All draws in round 1

The first round did prove to be a bummer as far as results were concerned, but the games themselves were of rich quality and complex in nature.  The computer naively shows that Black was doing fine along in most games, but as I took a deeper look, I noticed that White had made the second player suffer a little. It was a round full of fighting chess, and I hope to see more of this in the upcoming rounds.  Well, let’s start with the games then, shall we? 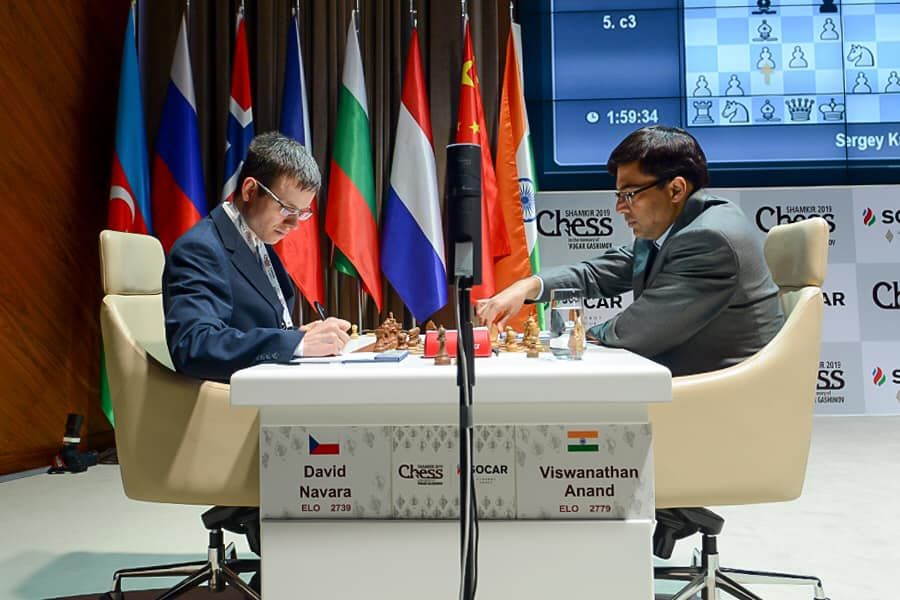 Anand versus Navara was a game to look forward to | Photo: Official Facebook page

It was clear from the start that both players were here to fight, and what a fight we all got.

Anand vs Navara, Round 1 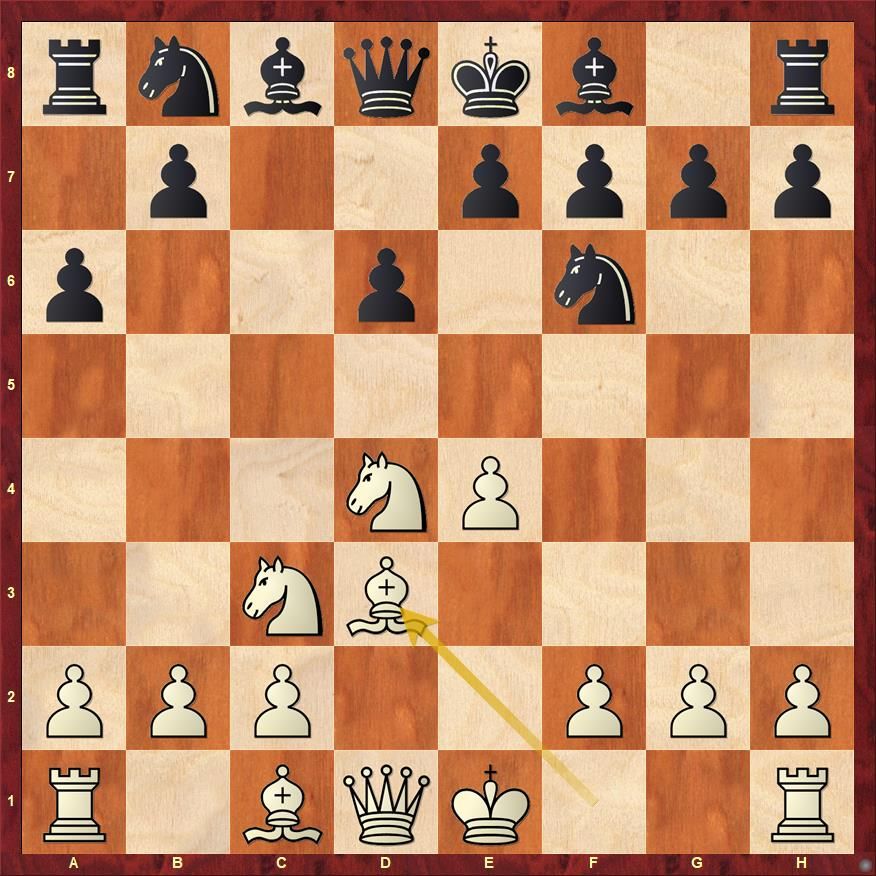 The first surprise of the game - Anand goes for the relatively rare 6.Bd3 against the Najdorf 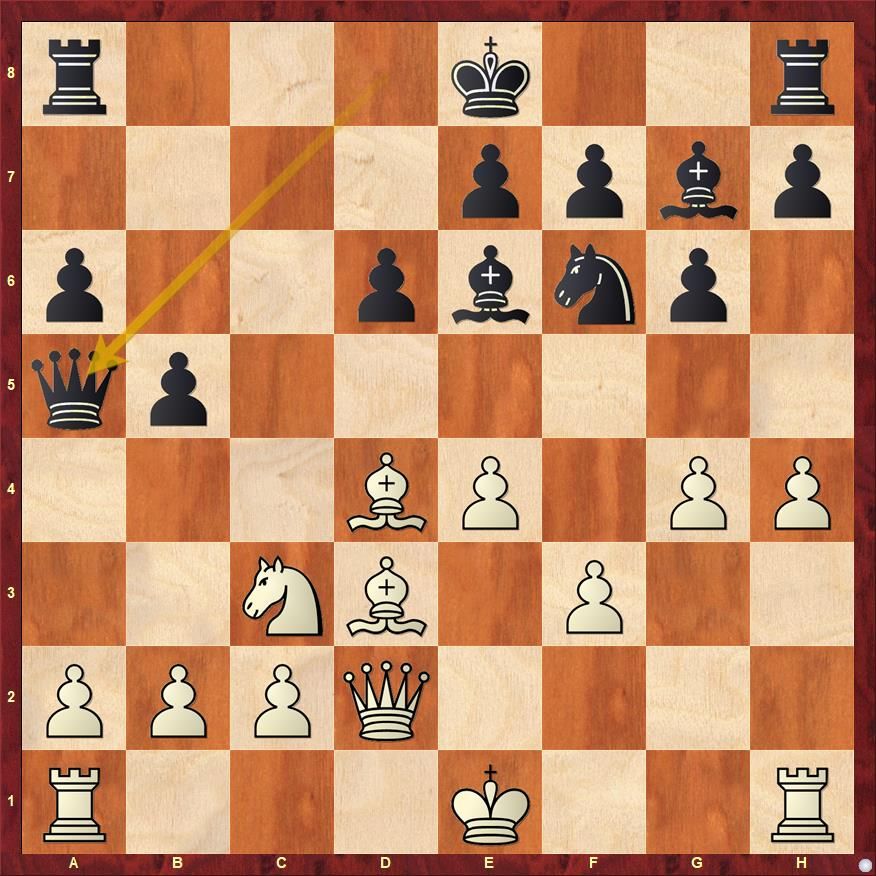 While White attacked on the kingside with his h4 and g4 pawns, Black tried to stir up play on the queenside. 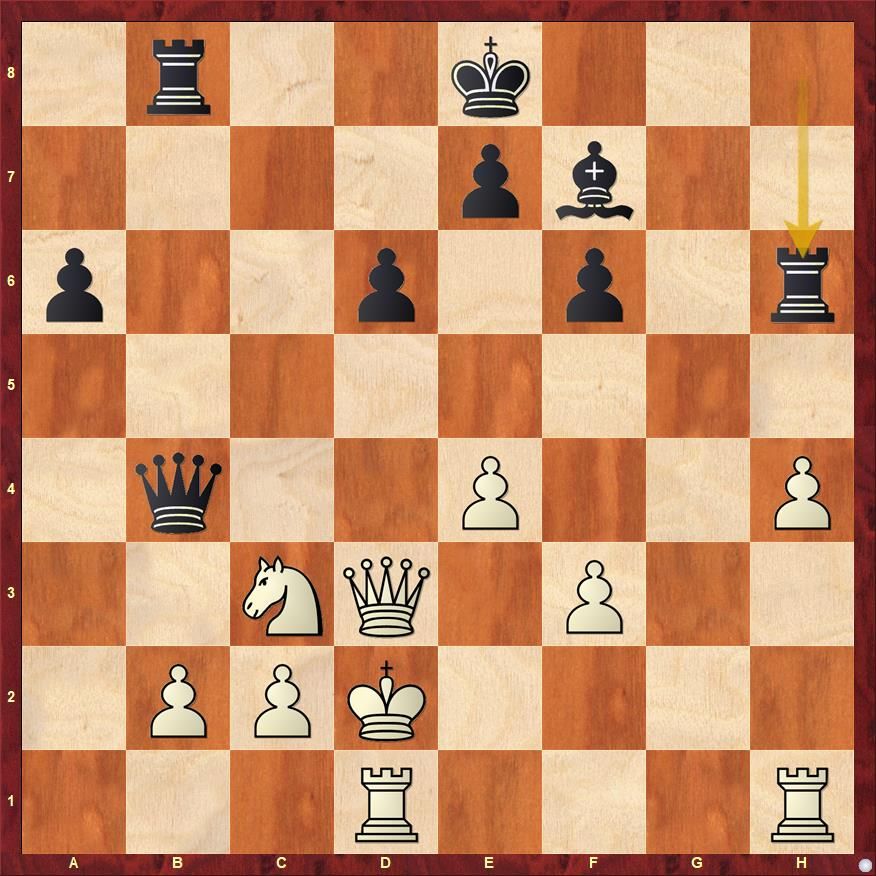 It soon became clear that the white king on d2 supported by the knight on c3 is much more secure than the one on e8. 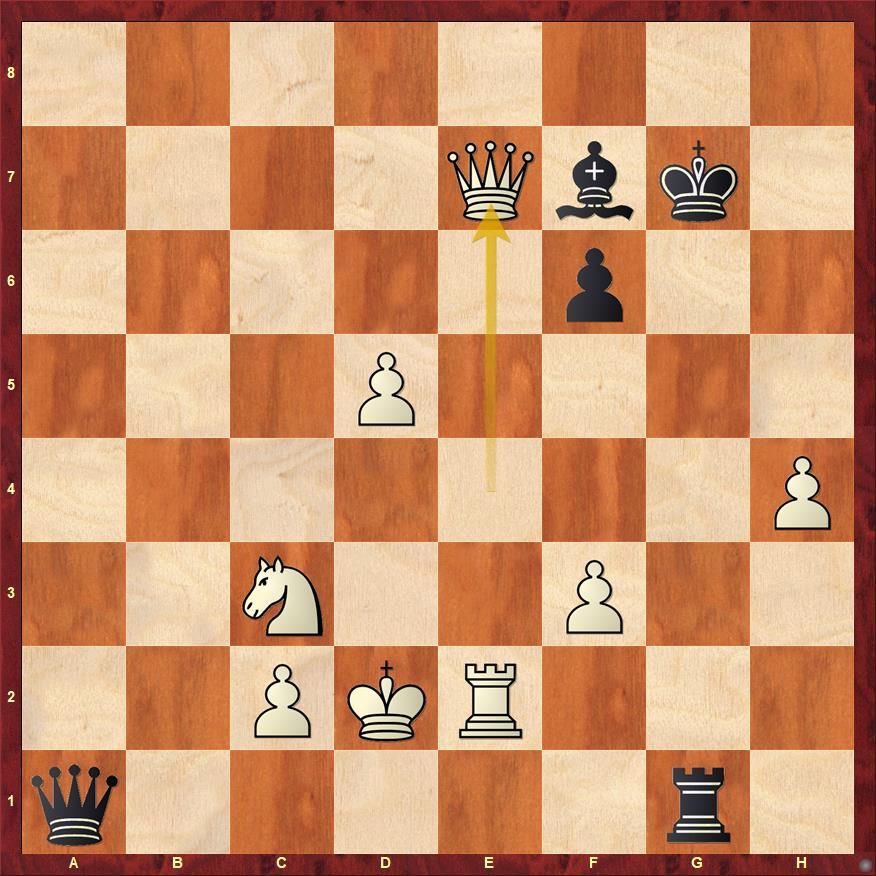 After a lot of ups and downs, time pressure and nervous moments, Anand reached a winning position. However, his last move Qe4-e7 was a big mistake. Can you spot why? 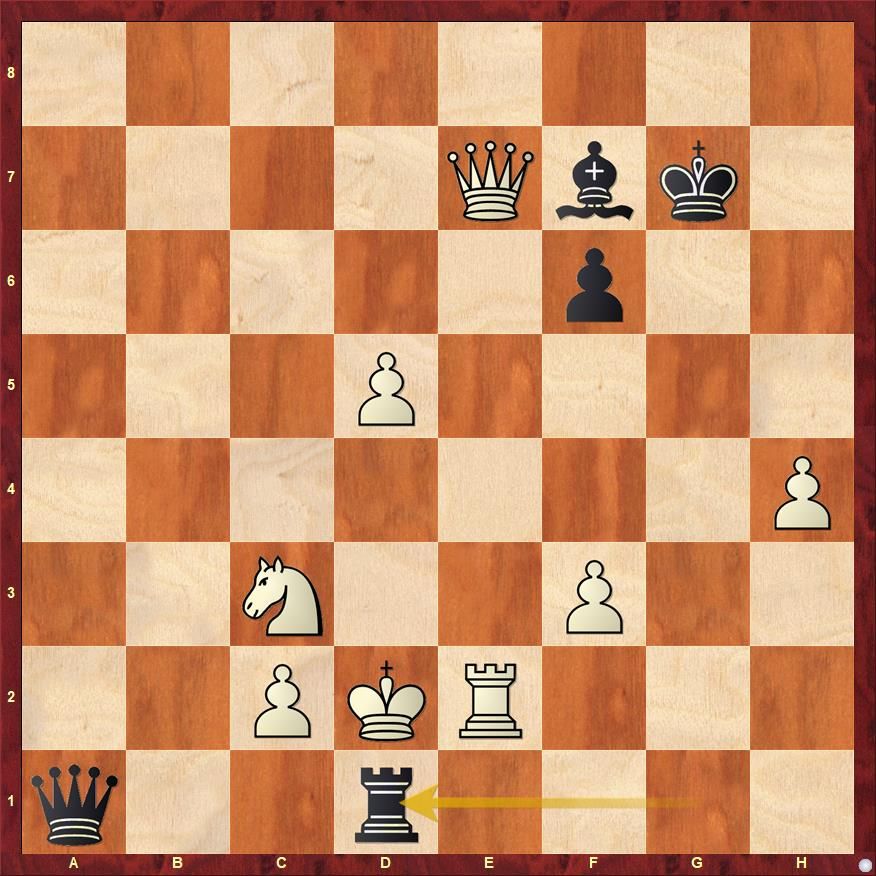 Anand's look in the press conference says it all! | Photo: Official Facebook page 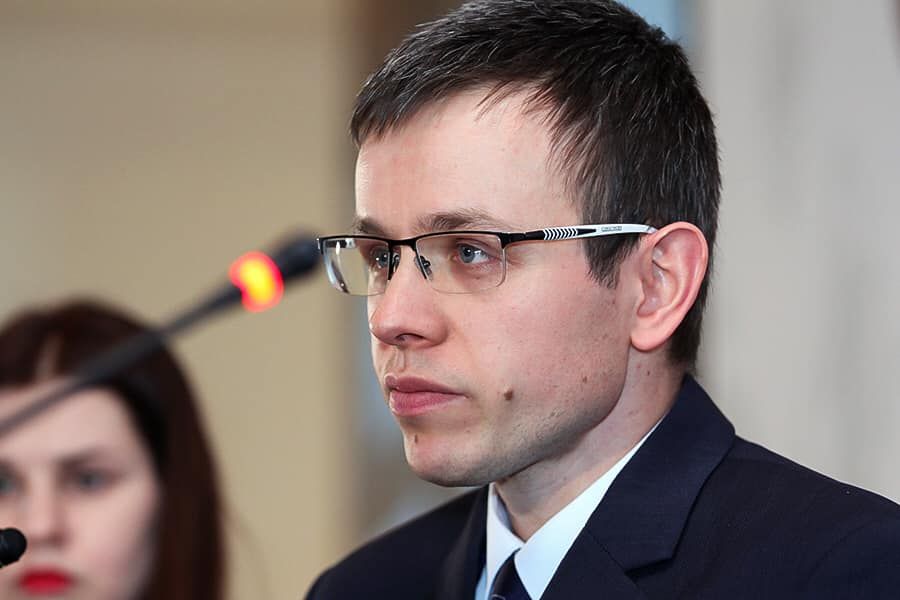 Always tricky! Czech no.1 David Navara is becoming a regular at these top tournaments because of his uncompromising style of play | Photo: Official Facebook page 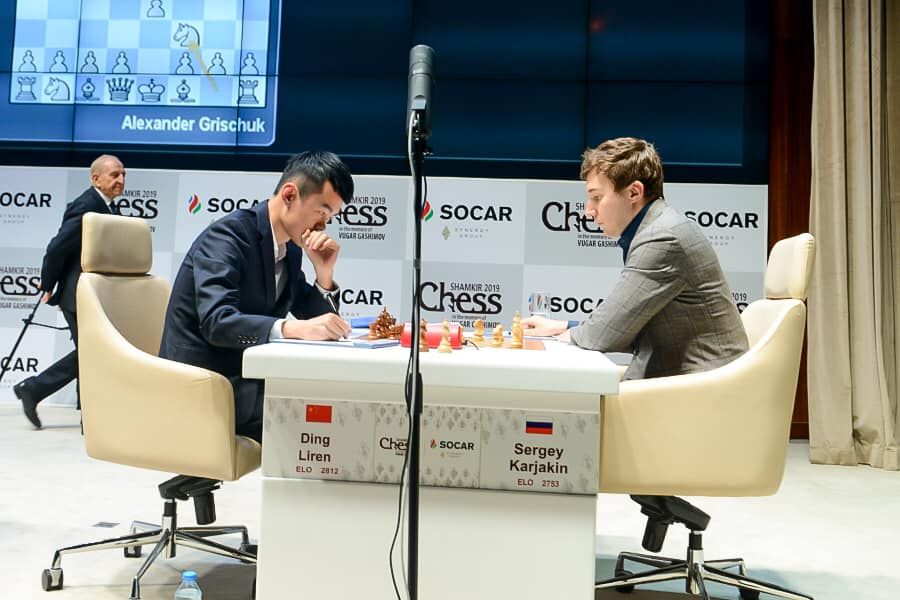 The shortest game of the round was Karjakin-Ding. The game started with the typical Quiet Italian, the new Ruy Lopez of top level chess, having recently taken over the mantle of the most critical try for an opening advantage. Ding pursued a plan involving an early h6 and g5, an aggressive setup for black, and one where White can lose the way surprisingly fast, as shown by Topalov- So, 2016, where Veselin was crushed in great fashion on the kingside. Karjakin however, was well prepared, and managed to generate play in the center with d4 and dxe5, thus distracting Ding from his kingside onslaught. The critical moment was reached just before the 20th move of the game.

Karjakin vs Ding Liren, Round 1 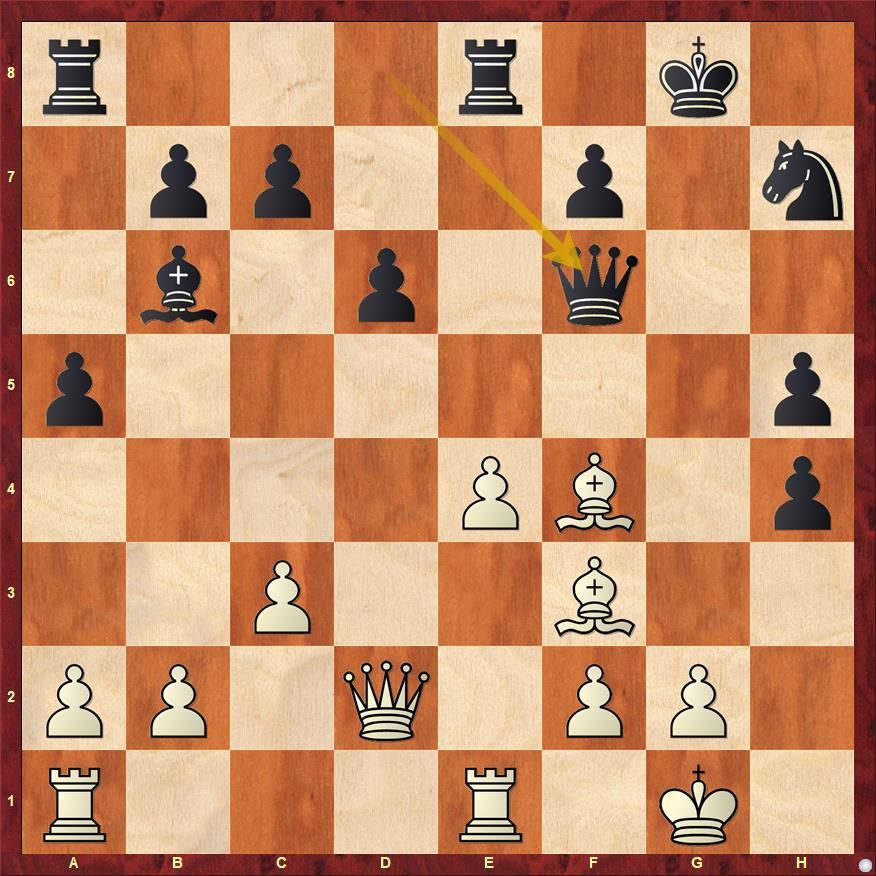 Karjakin here could have simply continued playing on with 20.Re2!, Rae1, and it’s not so clear how Black should equalize. I tend to agree with Stockfish’s evaluation here, that in a practical game, White has every reason to continue – two Bishops, better pawn structure, and a post on d5, supporting a future e5 break. But the Russian GM instead agreed to a tepid draw in 4 more move, after 20. Bxh5?! Qg7!=

I have always respected Alexander Grischuk for his ingenuity in opening preparation, such as 1.c4 e5 2.d3!?. Today, he showed some of the same, reviving an Anti Berlin Line against where Black apparently has sufficient resources to equalize.  There was an interesting moment  as early as move 11 of the game. 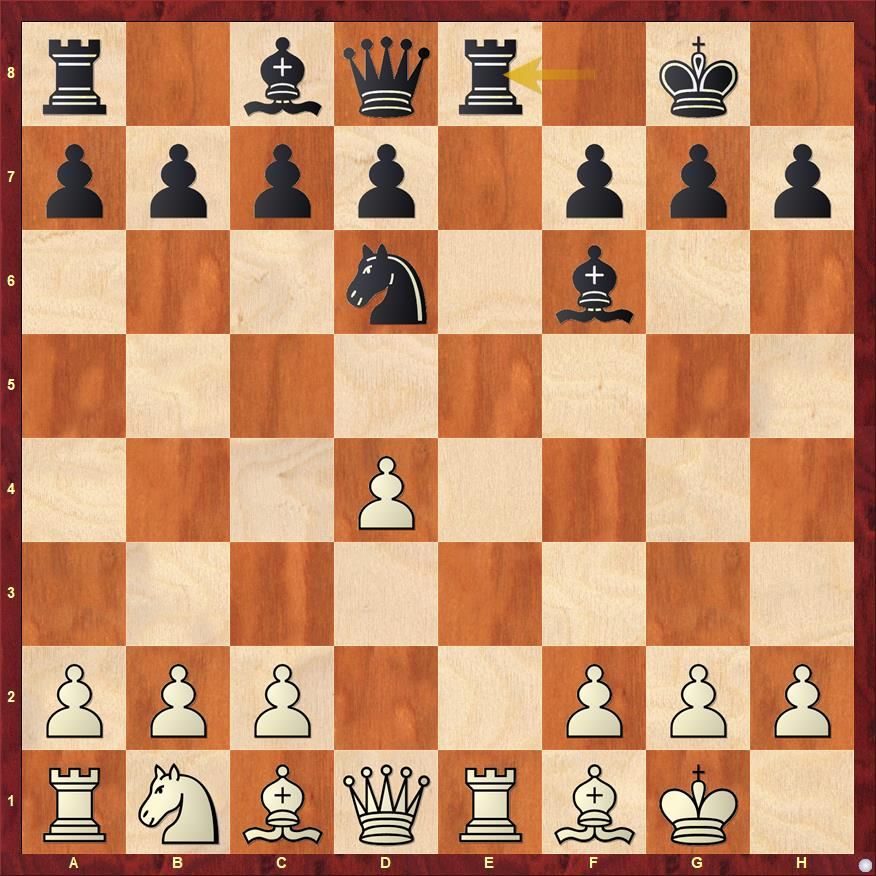 This is a well known position in the 5. Re1 Anti Berlin, excellently covered by Shirov in his Chessbase DVD. Here, Shirov and the rest of the grandmasters seem to feel that the only way to an advantage here is by 11. Bf4 (also played by Grischuk in the game), first introduced by Kamsky. 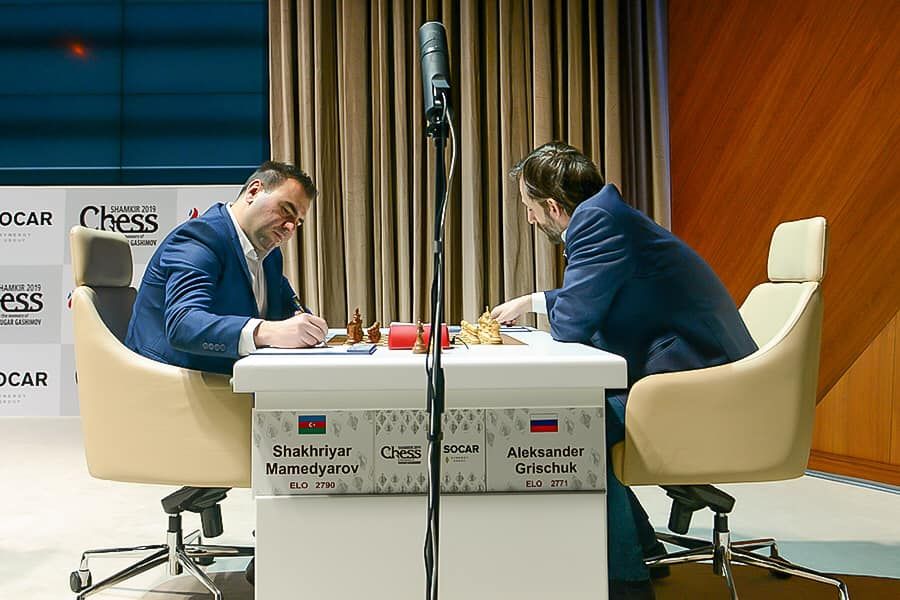 I would like to discuss the opening phase with you and suggest you a new idea instead of the usual 11.Bf4. 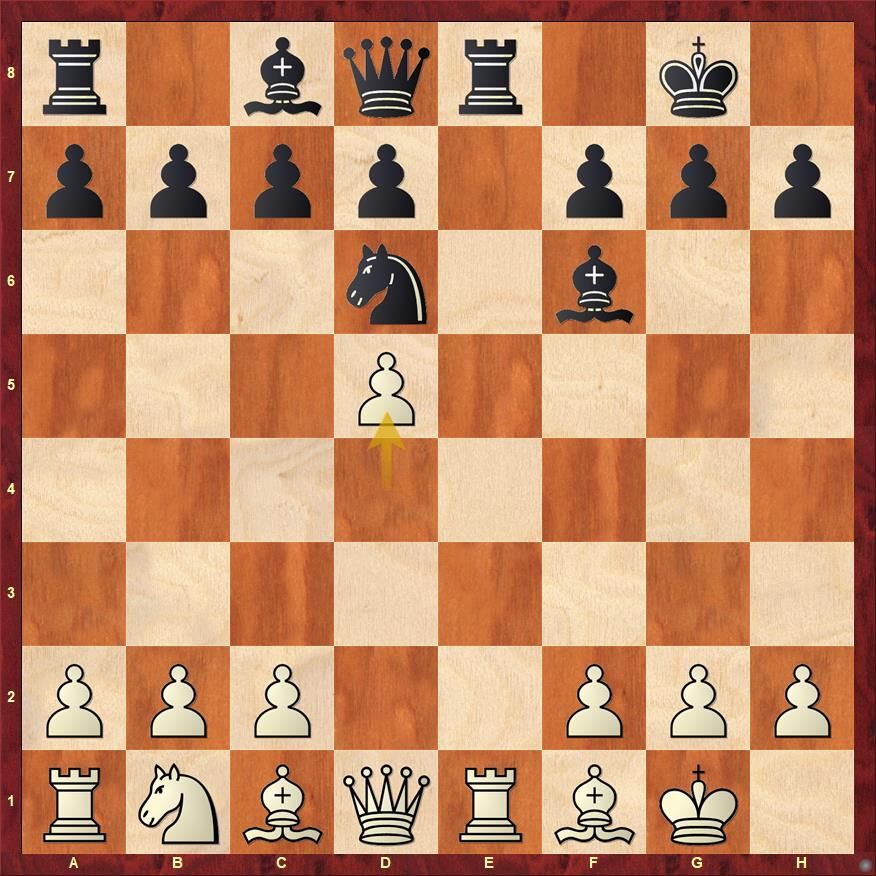 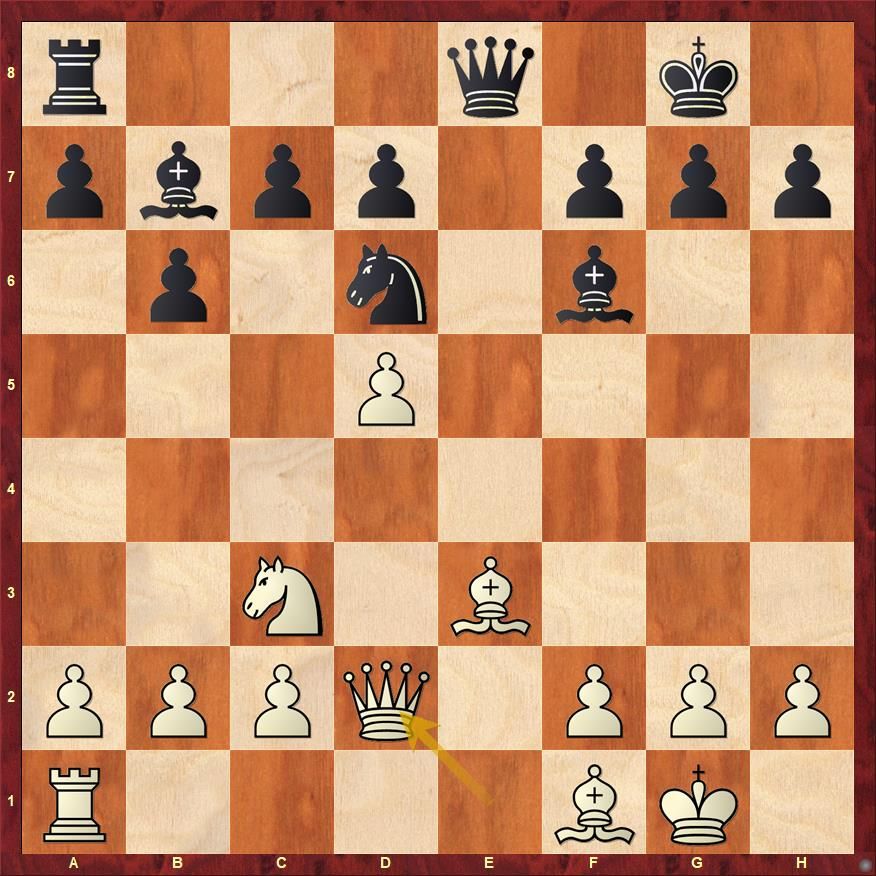 Stockfish unflinchingly suggests a 0.17 something, meaning that Black is more or less equal. However, we all know better, as Alpha Zero has shown recently, that 0.00 doesn’t denote sterile equality. This is a similar case. I quite like White’s position here – more space and better development. Sure, it’s close to equality, but Black has to be really precise to get there. Let me show another example of the same. 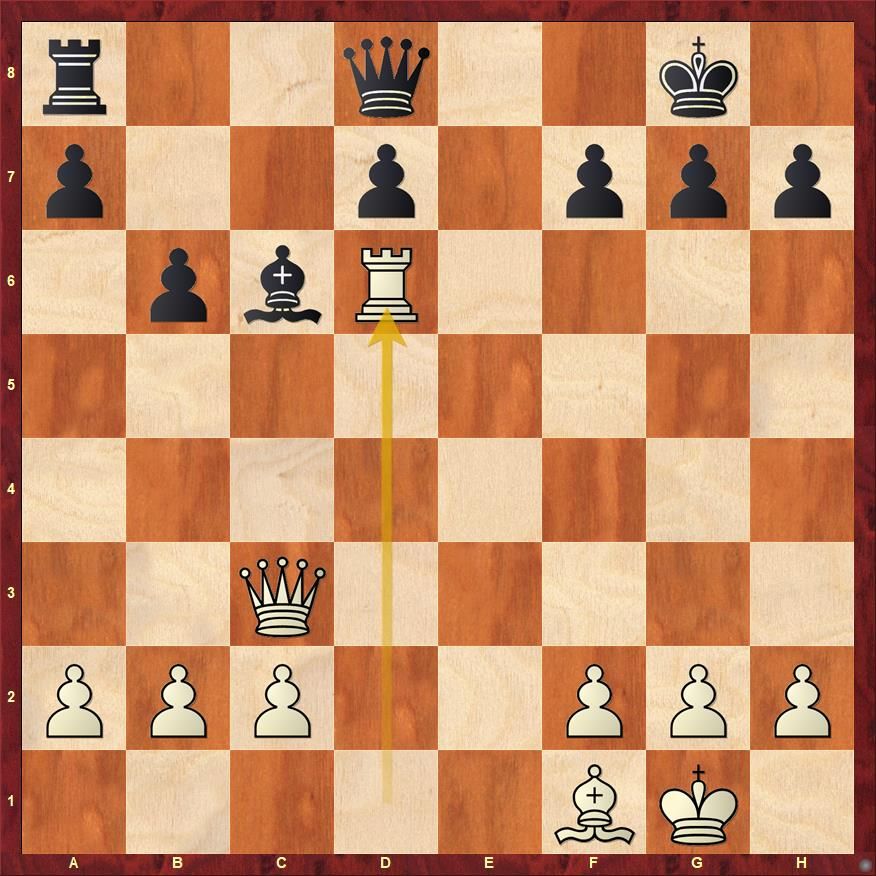 If you too would like to find a way to fight with the white pieces against the Berlin, then you should definitely think about getting Shirov's DVD 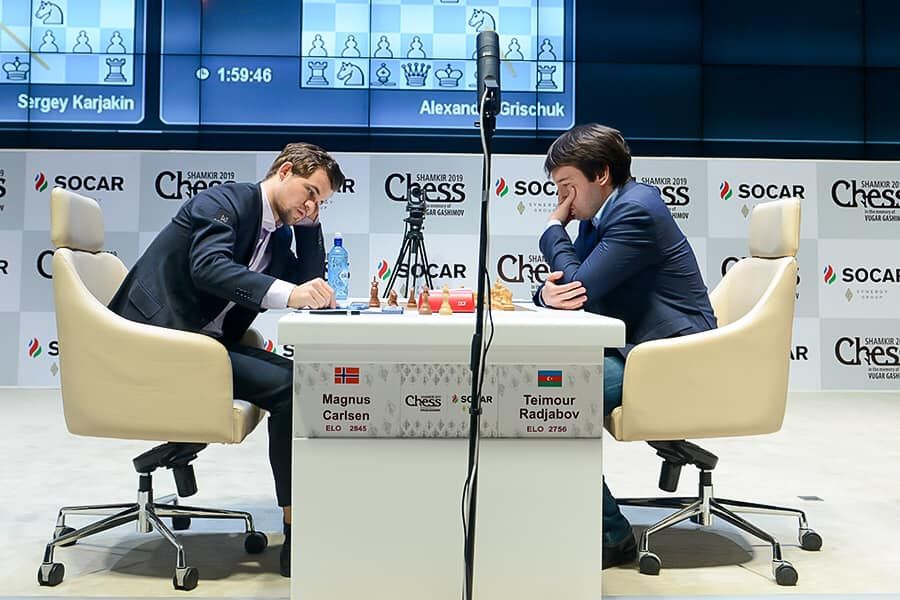 Radjabov-Carlsen was another quiet Italian that did make quite a bit of noise today.  After a novelty on move 8(!), the World Champion made some principled decisions and quickly opened the f-file to generate play there. He followed this up by advancing in the center to try and push back White there. The problem was, that Magnus being Black simply didn’t have so much liberty to do as he pleased. Rajdabov reacted correctly by quickly giving back the bishop pair to damage Magnus’ queenside structure. For a long time, White was pressing, but Magnus defended doggedly and a draw was agreed after the time control. There was an interesting moment reached just before move 30. 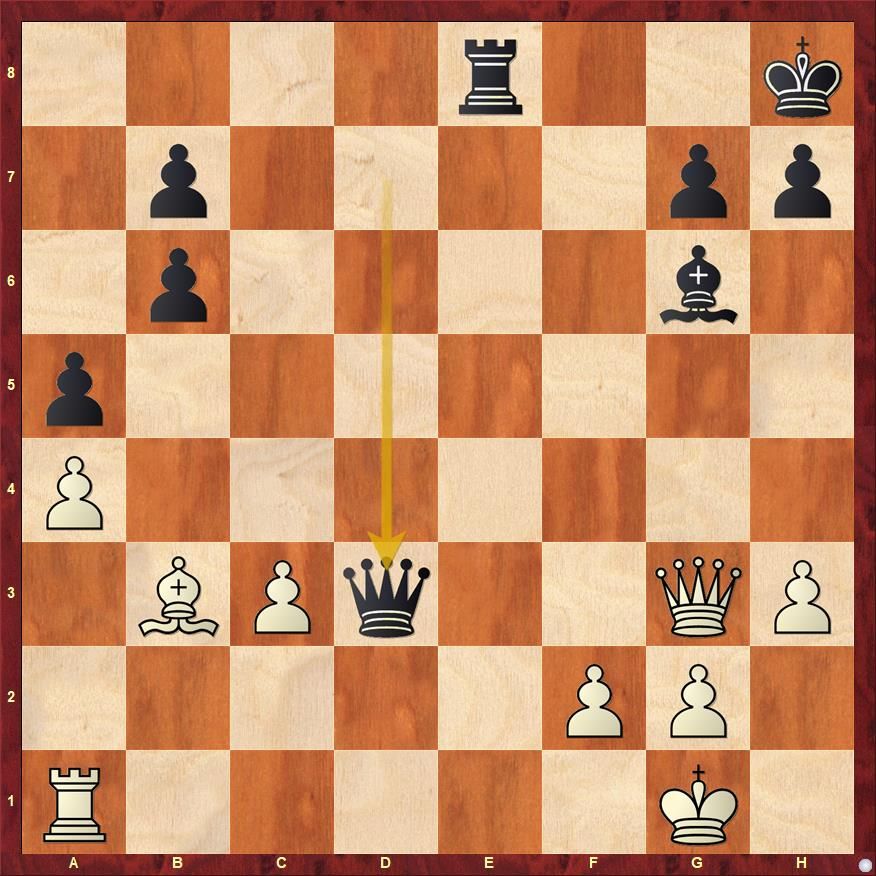 White could have kept up the pressure here with 30.Qc7!, winning a pawn and retaining chances to win the weak b6 pawn. While accurate defence can ensure the draw here for Black, Magnus will be tortured for a long time here, just like how He would torture others here if he were White! 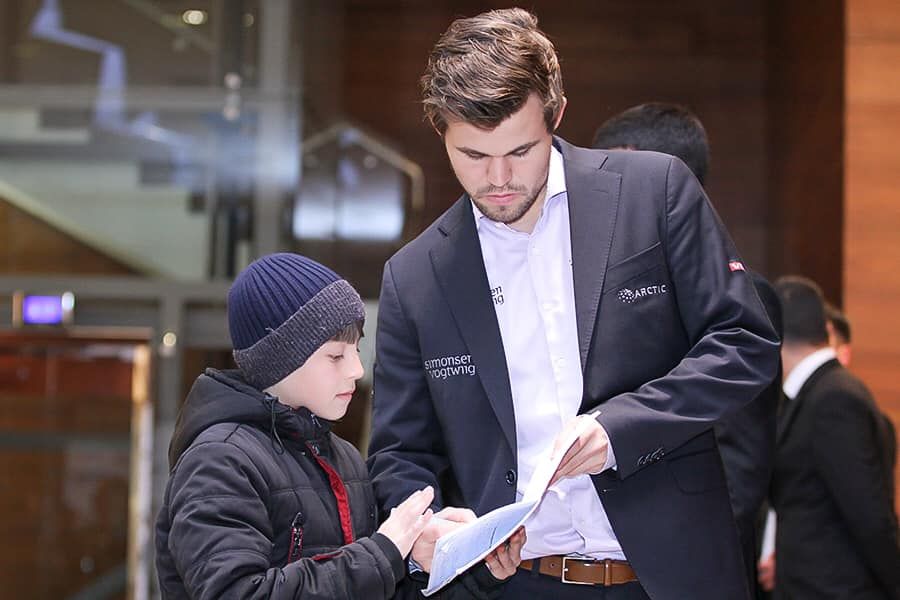 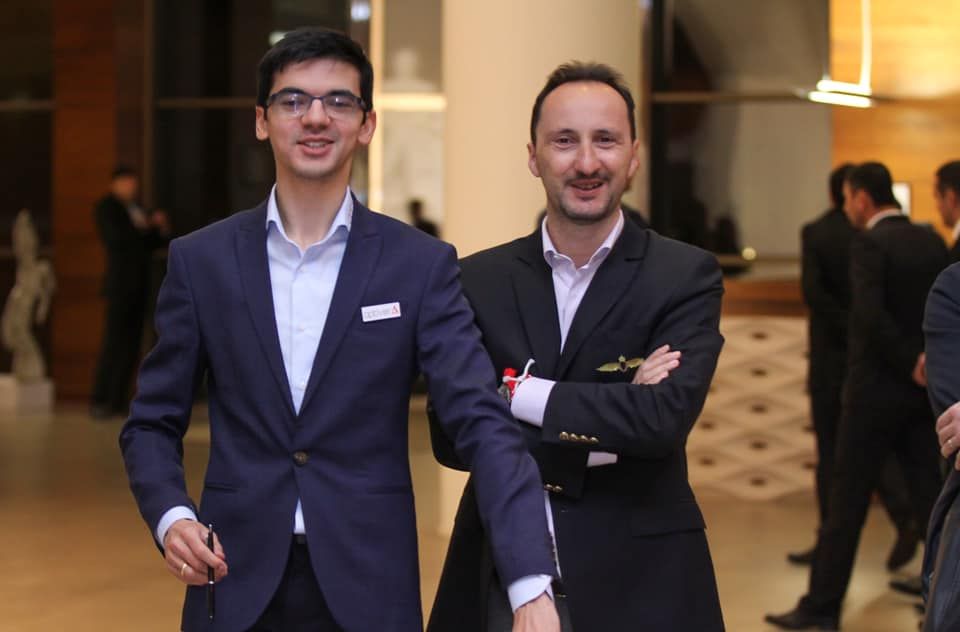 Giri – Topalov was another 4.d3 Anti Berlin, where Anish ventured into 5. Bxc6. After opposite sides castling, a complex strategic battle ensued, with White having most of the fun in the position.  After 33 moves the game reached the climax. 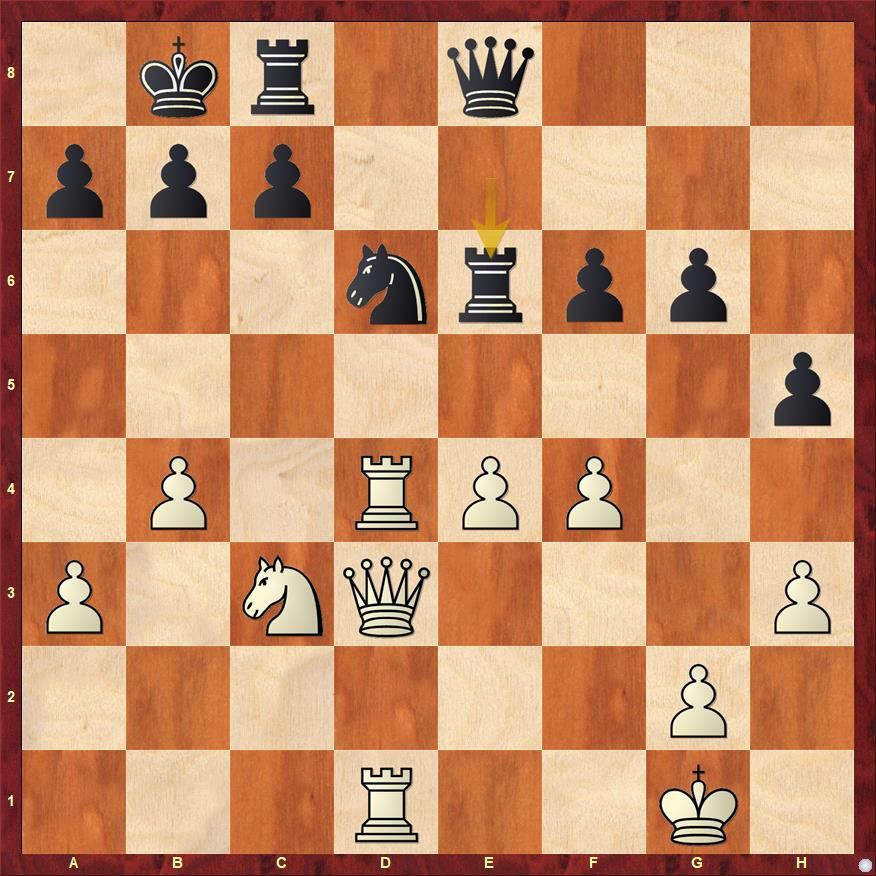 Anish erroneously ventured 34. b5?! Here, and after a future b6! Topalov had avoided the worst, and a draw was inevitable. Instead, the far more natural 34. a4! would have put immense pressure on Black’s position. White can slowly build up on the queenside and keep the kingside in check, due to his immense space advantage. 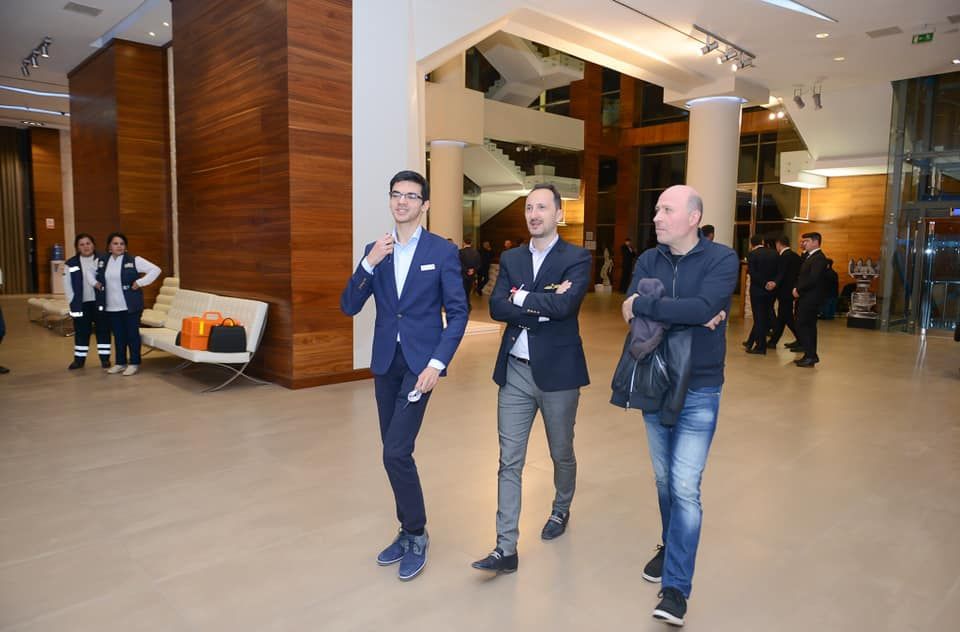 Giri is back working with Chuchelov and we can expect some fireworks at this event by the Dutch no.1| Photo: Official Facebook page