Samriddhaa Ghosh won 44th West Bengal State Women FIDE Rated Chess Championship 2018 by scoring 5.5/6. This tournament has been won by WFM Arpita Mukherjee from 2014-2017, however this year she was unable to defend her title as she was on national duty at Asian Youth 2018. The tournament was so close that there were five players at 4.5 points heading into sixth and final round. Samriddhaa was the top seed of the tournament and she remained undefeated. and the only draw was against the eventual runner-up of the tournament, Pallabi Roy who also scored 5.5/6. Mehendi Sil who gave a strong competition to the champion of the tournament, scored 5.0/6 and finished at third position. In this report, we bring you photos, videos and annotated game by the champion along with an interview of her. 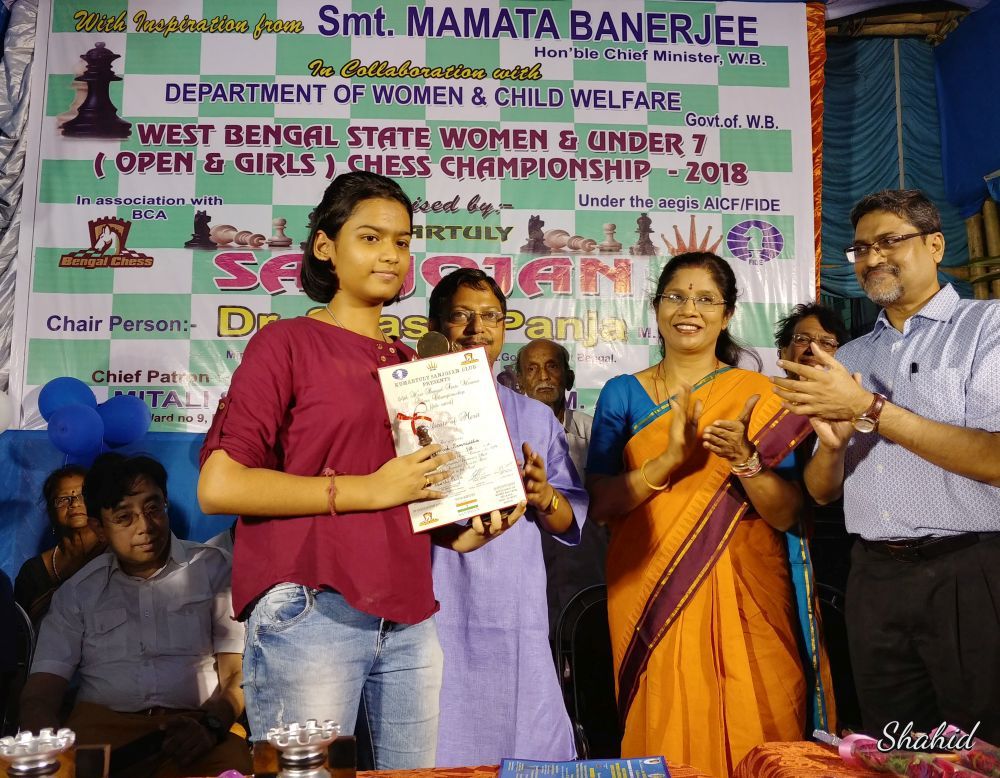 For the first time in West Bengal, State Women's Chess Championship became a FIDE Rated tournament. Here is an annotated game by the champion herself against Mohana Sengupta from the final round of the tournament: 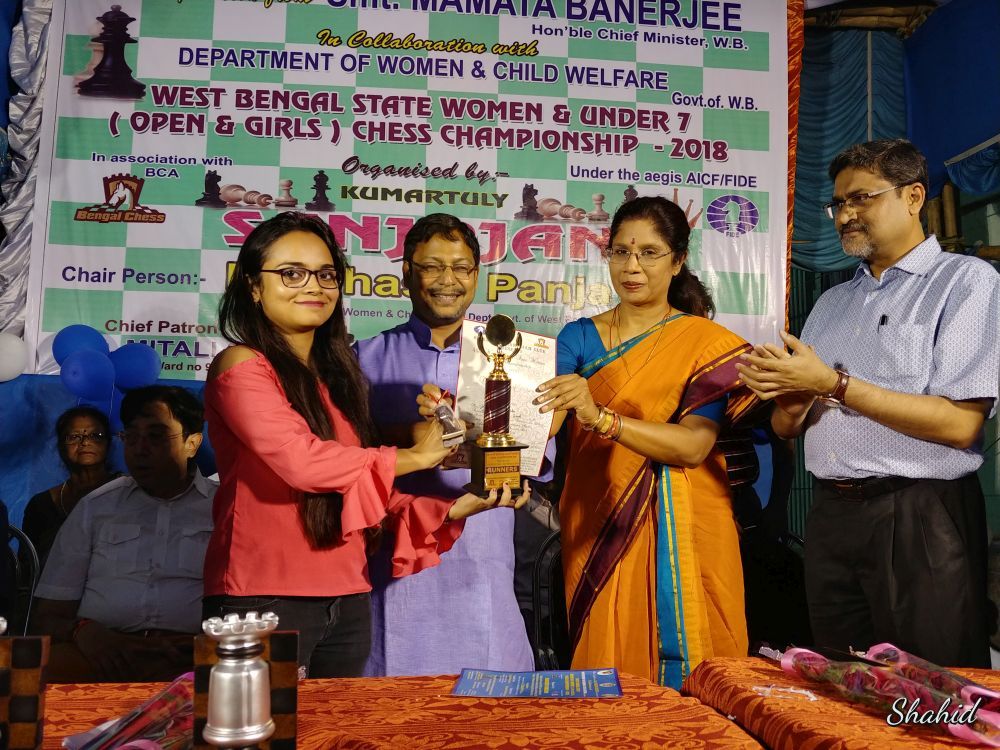 Pallabi Roy also scored 5.5/6 and luck was not on her side as Pallabi's TB1 and TB2 score was same as Samriddhaa but her TB3 score was 1.0 point less than the champion.. She had to be content with 2nd position 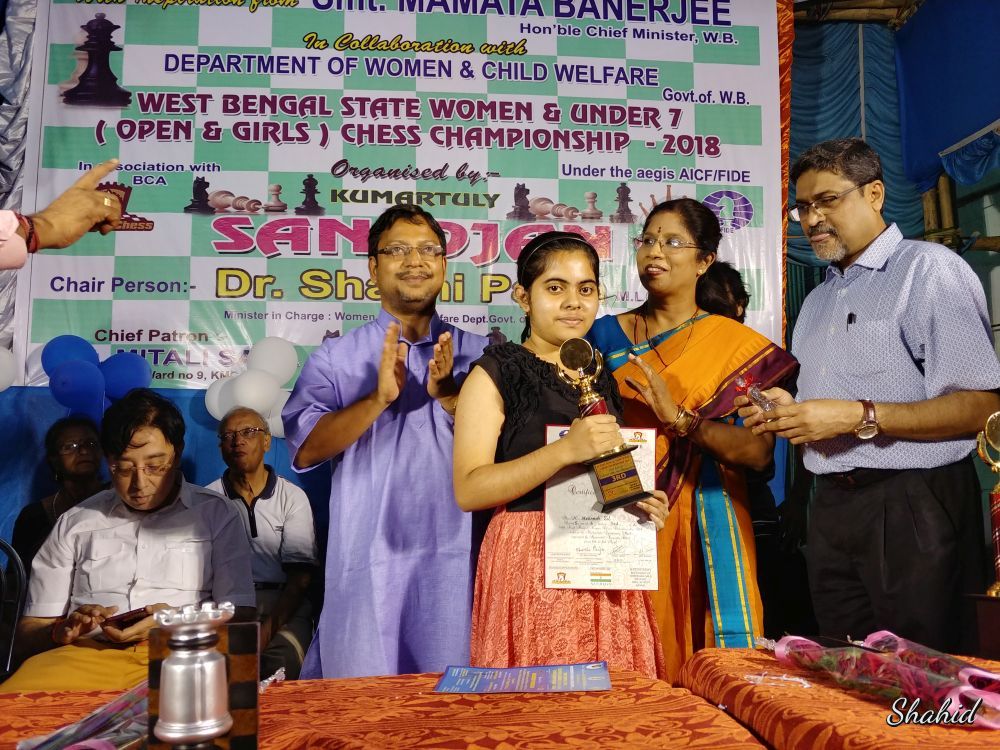 Mehendi Sil, who gave the toughest competition to the champ scored 5.0/6 and secured 3rd position 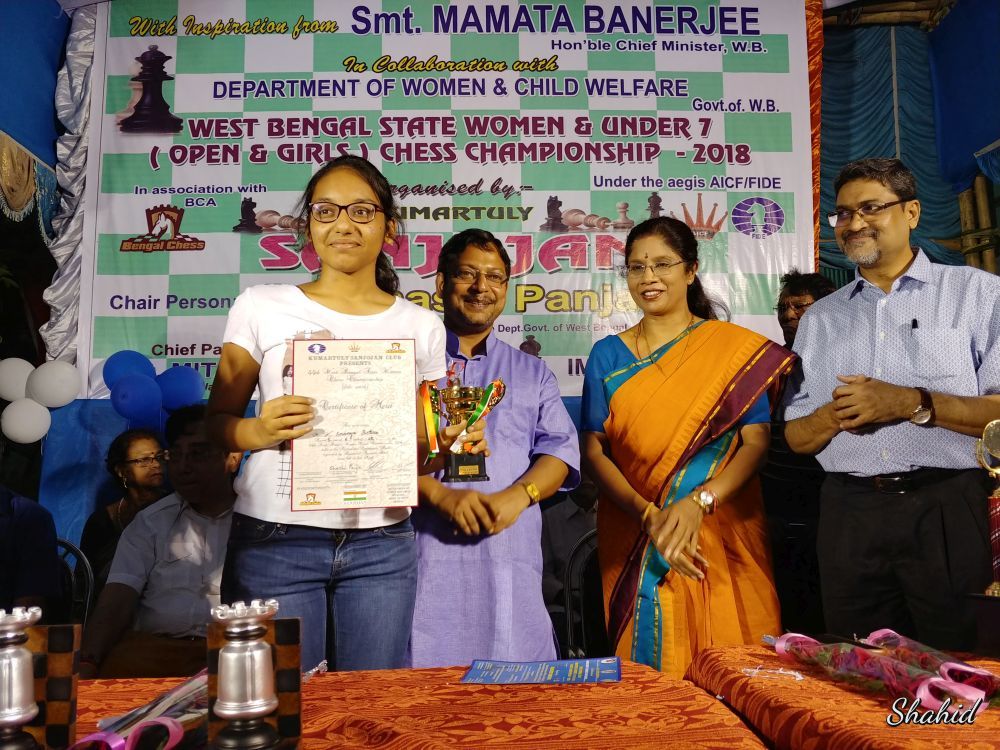 Ananya Bothra also scored 5.0/6, but due to a lesser tie-break score, she finished at 4th position 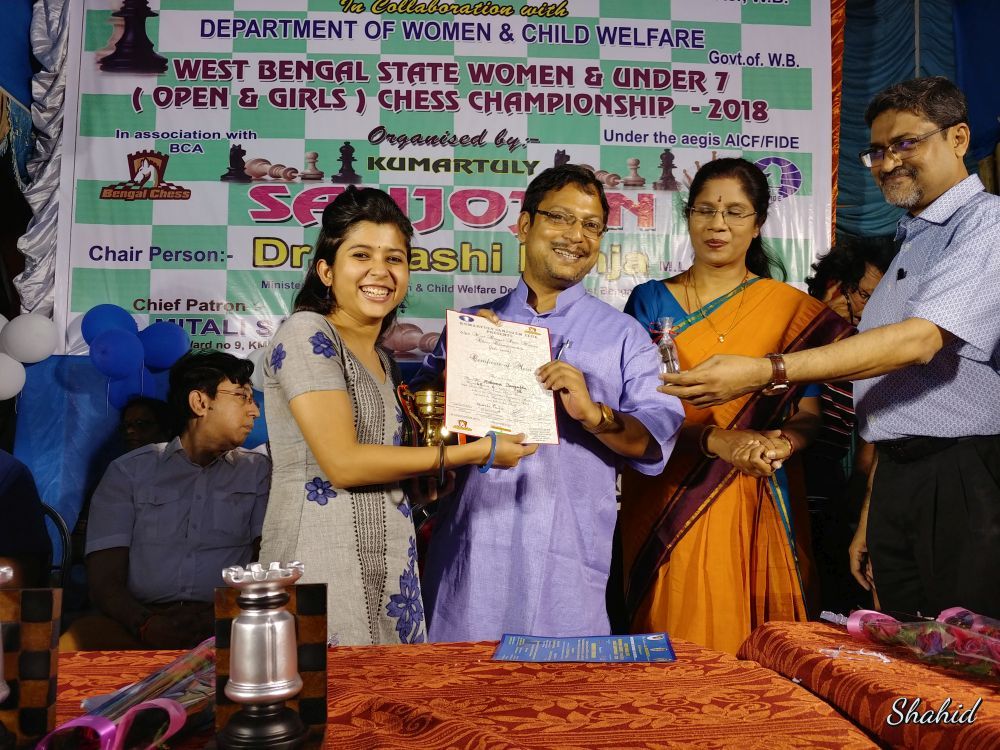 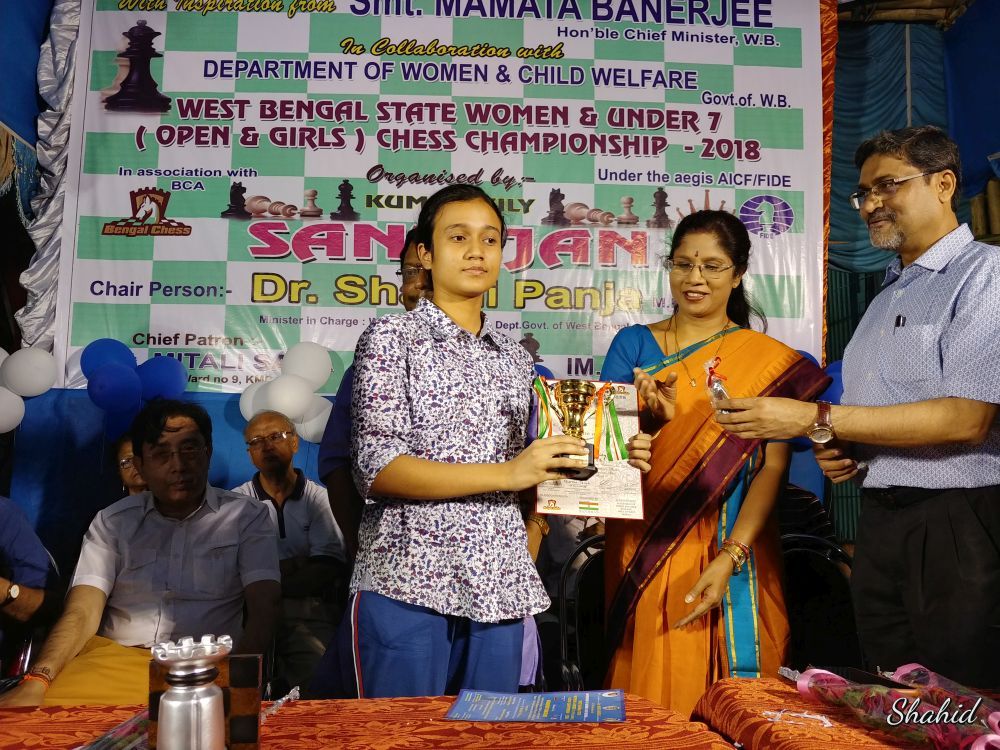 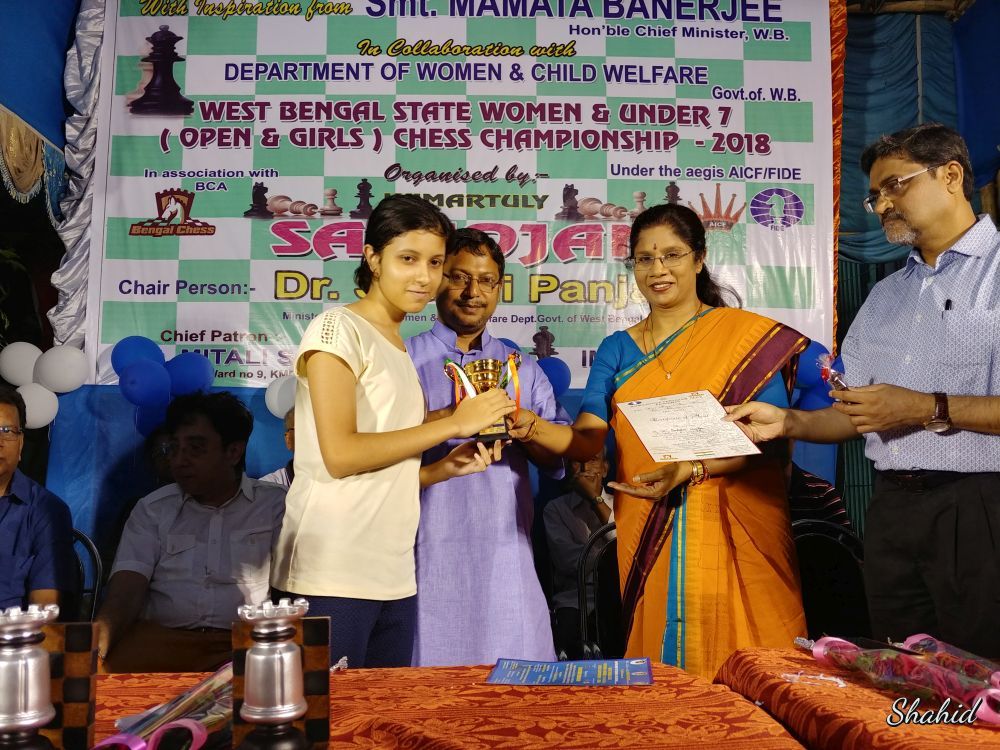 Reigning West Bengal State Sub-Junior Champion Sudipa Haldar did not have a good tournament. She scored 4.5/6 and finished at 7th position 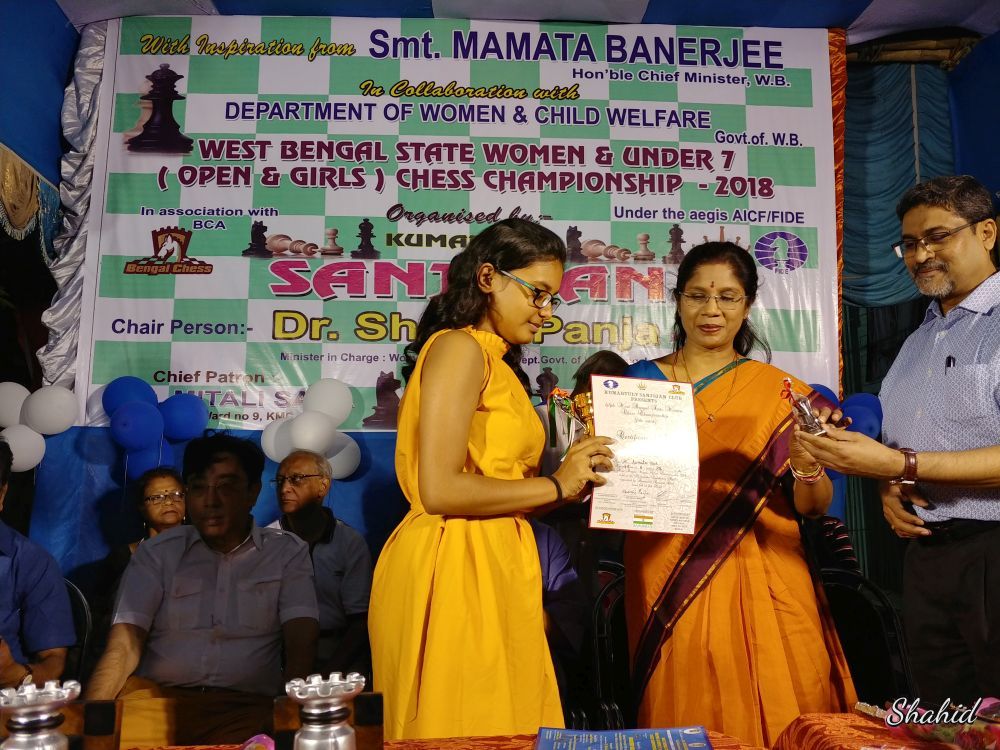 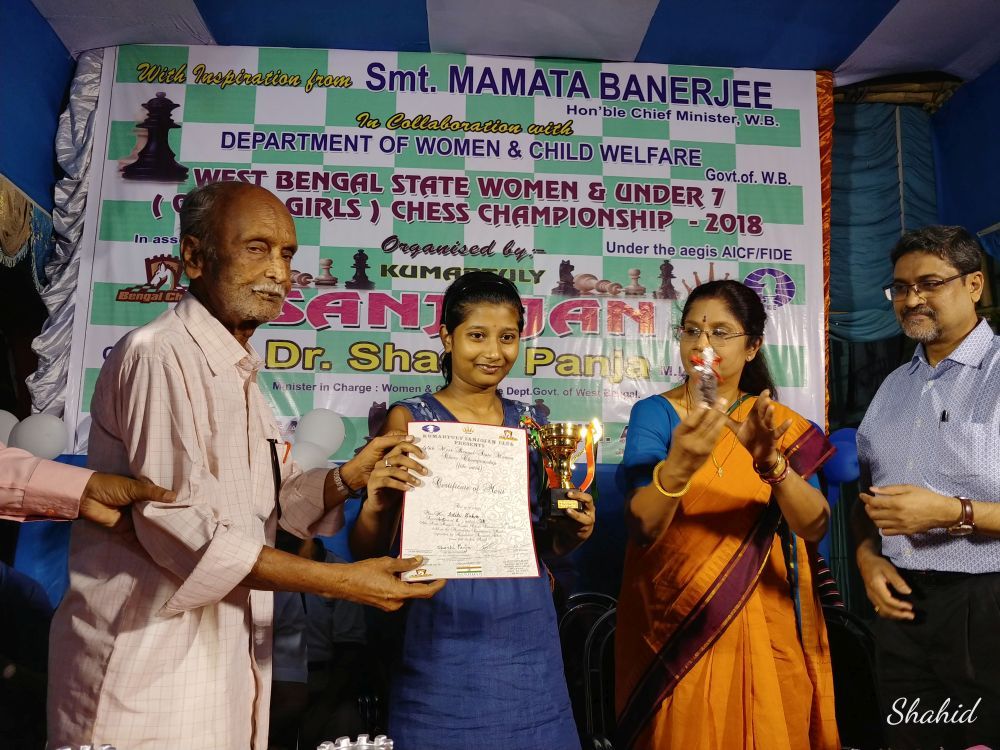 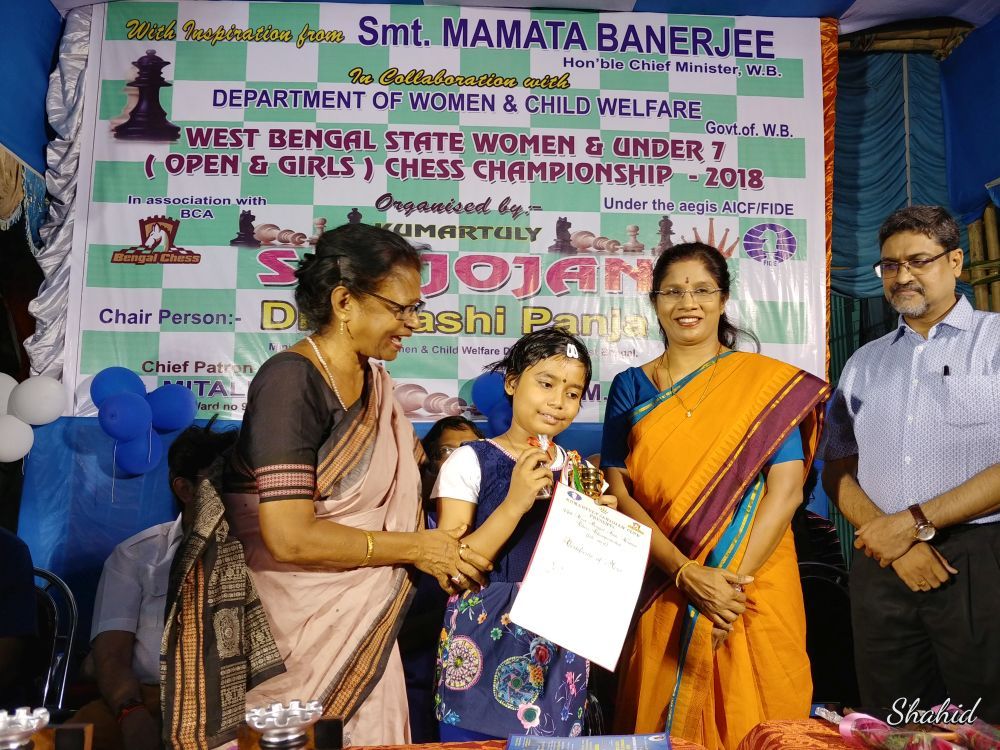 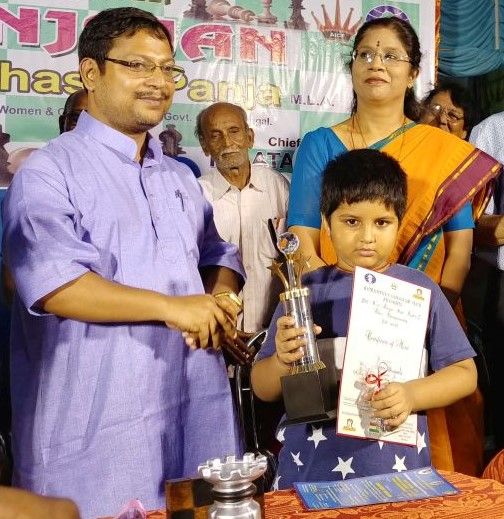 In a parallel State Under 7 Championship, Aaron Bhuimali scored 7.0/7 and became Champion in open category 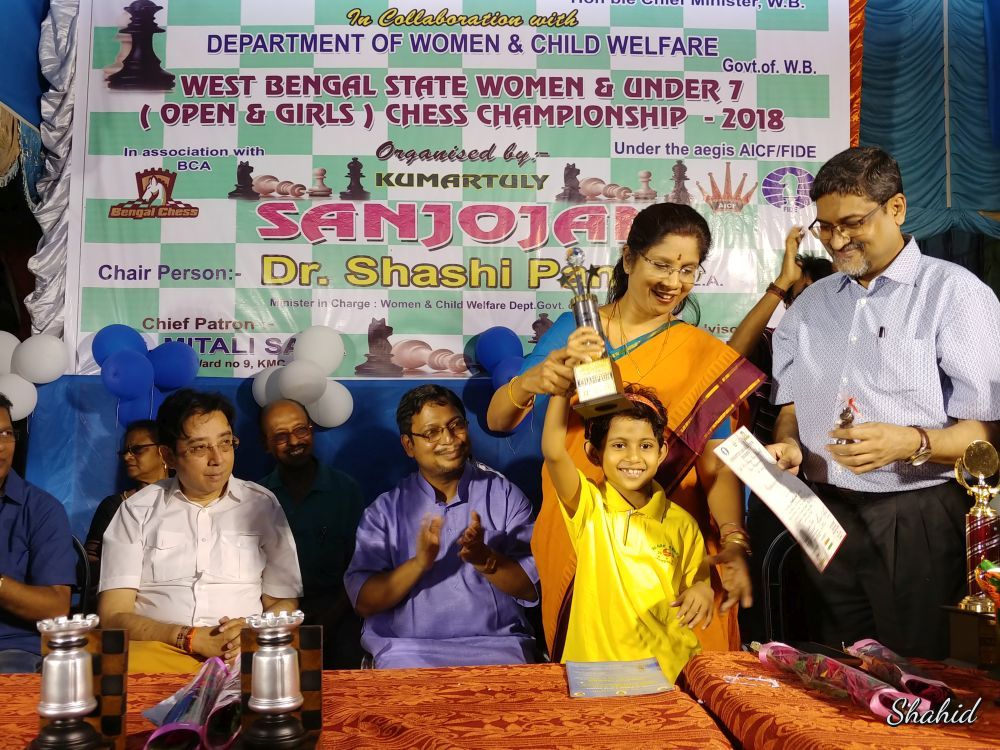 Arhashirsha Biswas also finished with 100% score 6.0/6 and became State Under 7 Champion in the Girls' category 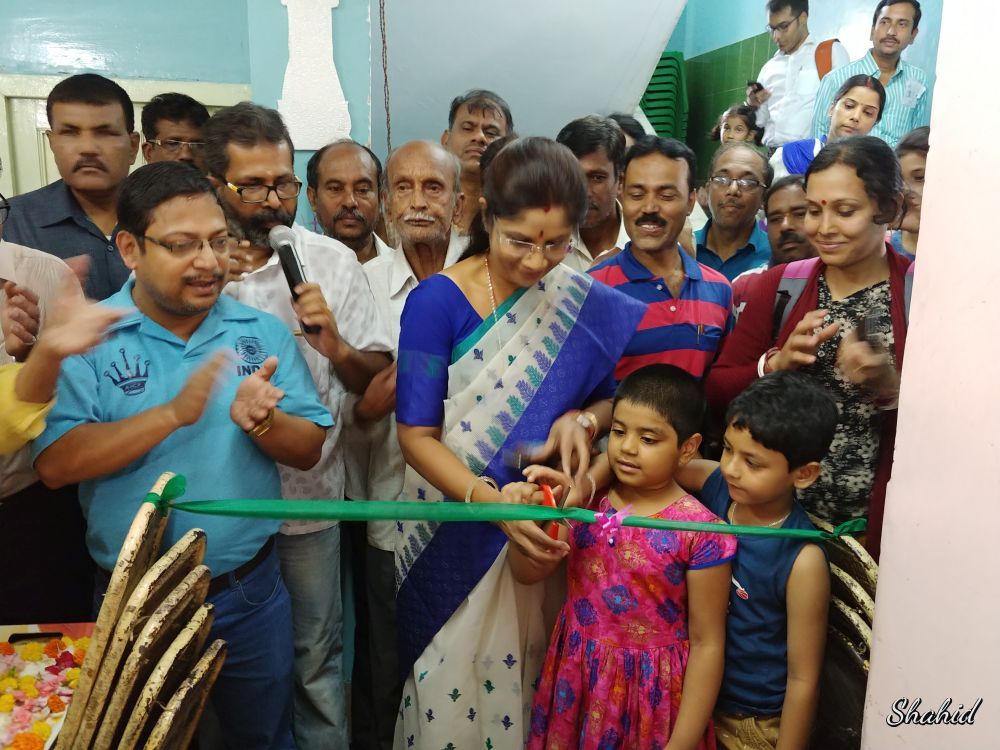 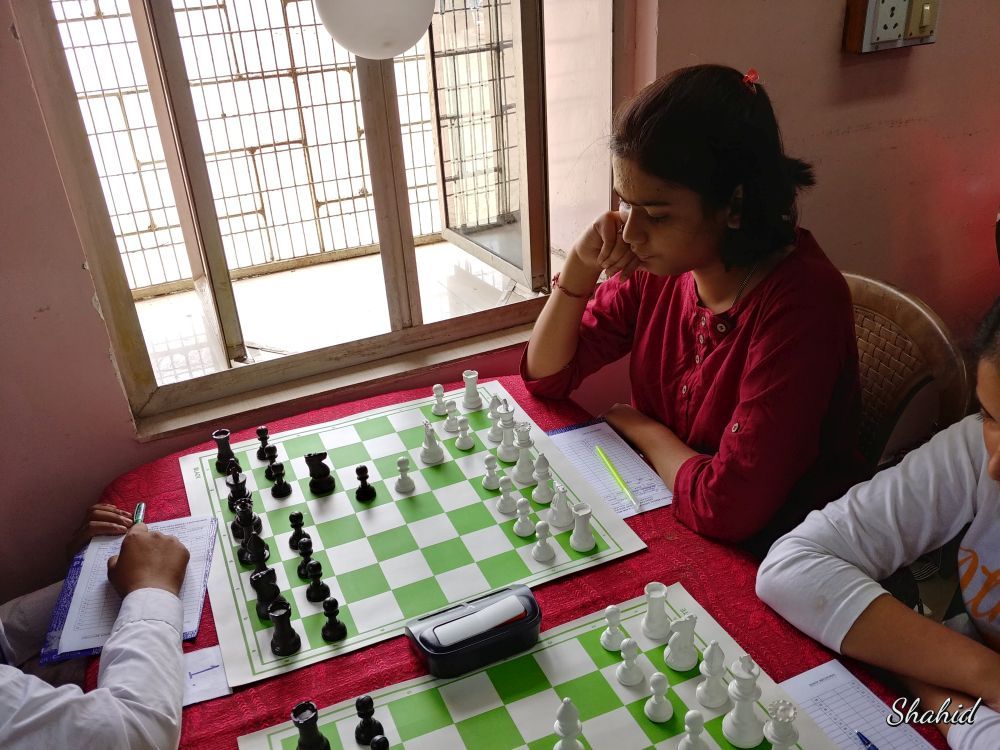 Top seed Samriddhaa Ghosh in action in Round 1 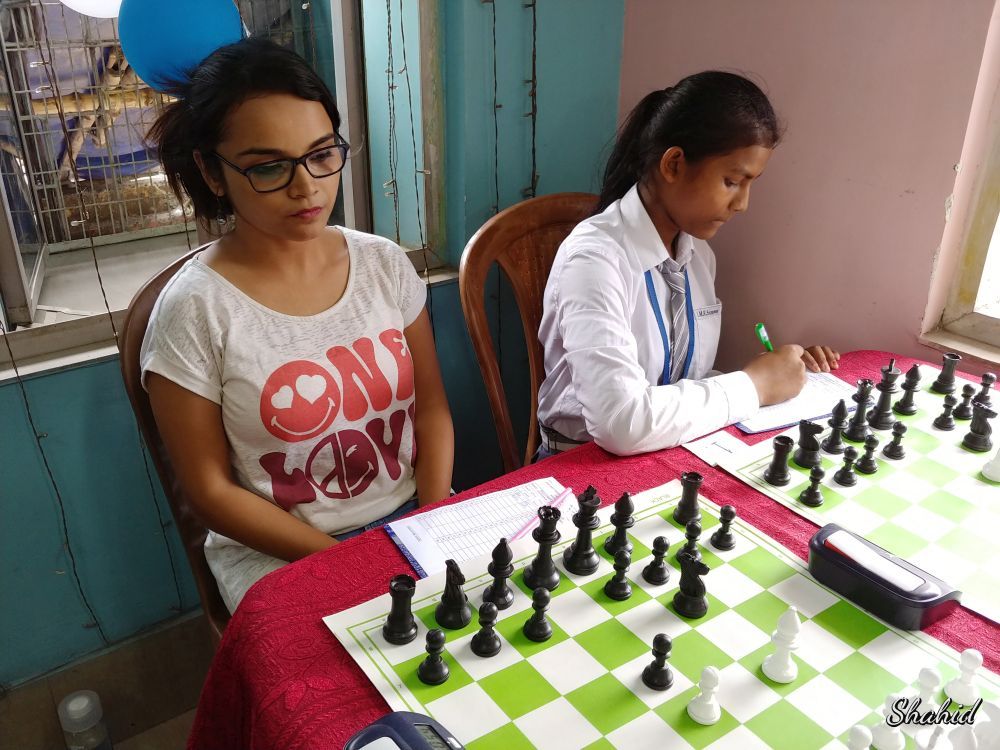 Second seed of the tournament, Pallabi Roy ponders over her plan against Early London System 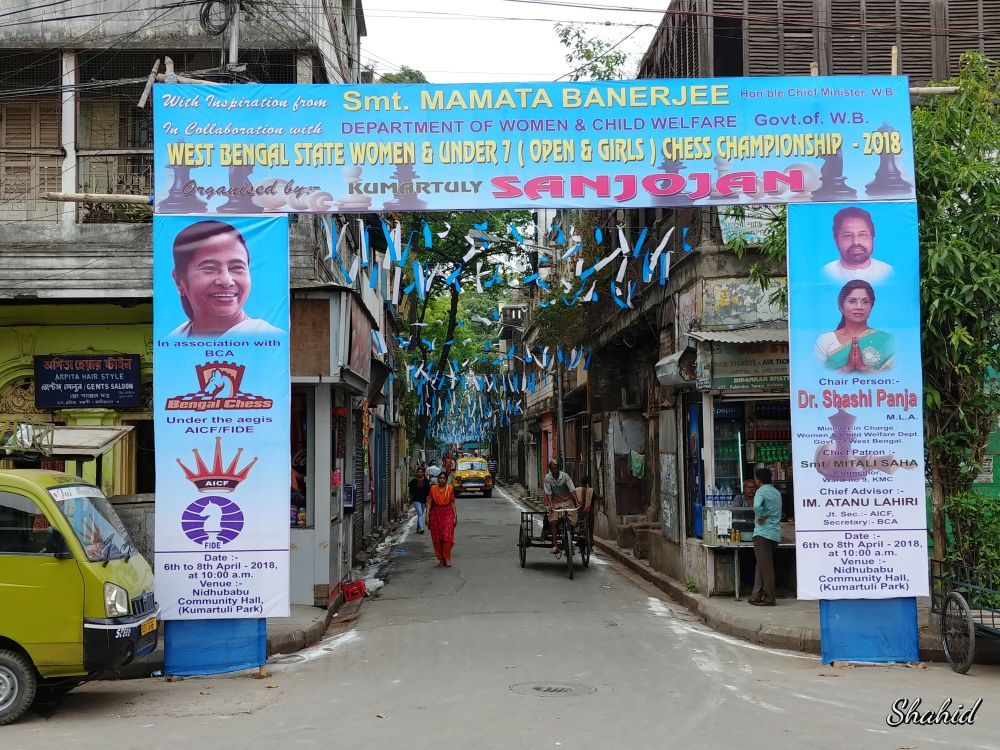 Tournament Gate at the main road 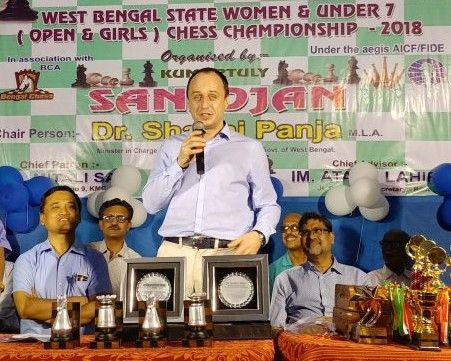 Special Guest of the Prize Distribution Ceremony was none other than the voice of most elite level tournaments, GM Evgenij Miroshnichenko
First round starting moments of 44th West Bengal State Women's Chess Championship 2018

This year the number of participants was 85 which is the highest among State Women in the recent history.