Utsab Chatterjee (WB), IM Neelash Saha (WB), IM Koustav Chatterjee (WB) and FM Ayush Sharma (MP) are the four leaders at MPL 50th National Junior Chess Championship 2022 Open. The sole leader after the fifth round, Utsab drew his sixth round game against IM Harshavardhan G B (TN). It allowed Koustav, Neelash and Ayush to catch up by winning their respective games. In the Girls event, top seed WGM Priyanka Nutakki (AP) beat WFM Lakshmi C (TN) in an exciting encounter in the sixth round to ascend to the top. She is now joined by WFM Bhagyashree Patil (MAH) in the lead. They will face each other in Round 7 which starts today at 9:00 a.m. IST today. Photo: IA Jitendra Choudhary

Utsab, Neelash, Koustav and Ayush in a four-way lead 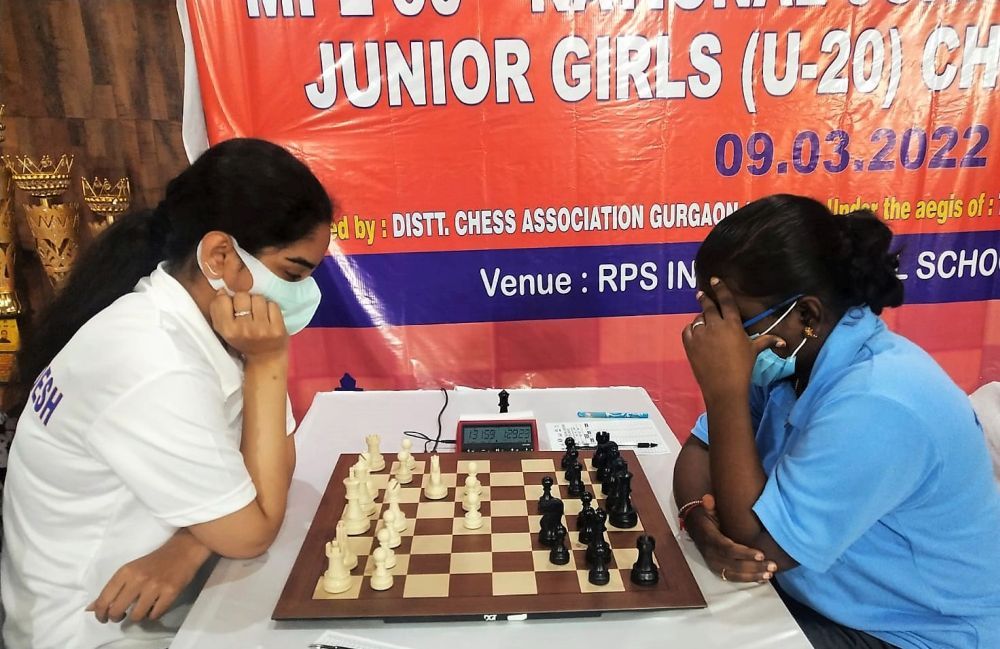 WGM Priyanka Nutakki is in the lead along with WFM Bhagyashree Patil | Photo: Aditya Sur Roy

Utsab Chatterjee (WB) got a better position out of the opening against IM Pranesh M (TN). 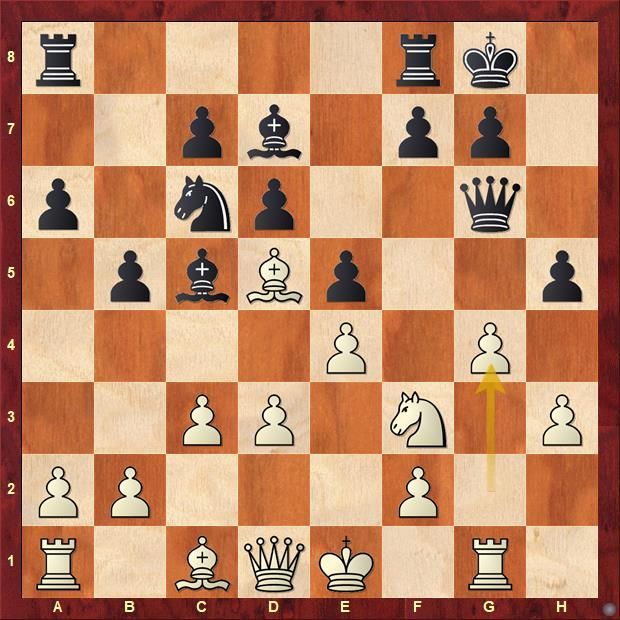 It is evident that White was still in his preparation 12.Rg1 h5 13.h3 and here Black should have unpinned the knight Rae8. Instead, he opted for the dubious 13...Qg6 which clearly increases the queen's vulnerability. 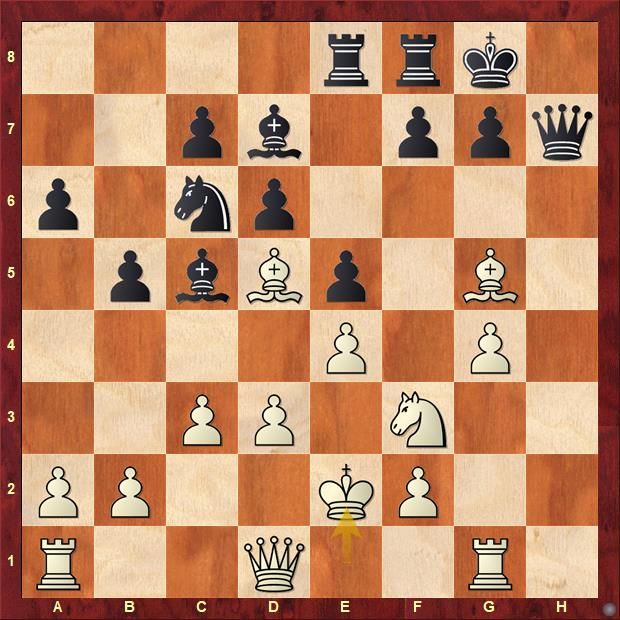 To beat the new National Sub-Junior champion, you have to bring something new to the table. 17.Ke2 is an excellent move which has the idea of connecting the rooks and shifting all his major pieces on the kingside. Black's position became extremely uncomfortable and it was just a matter of time before everything fell apart. 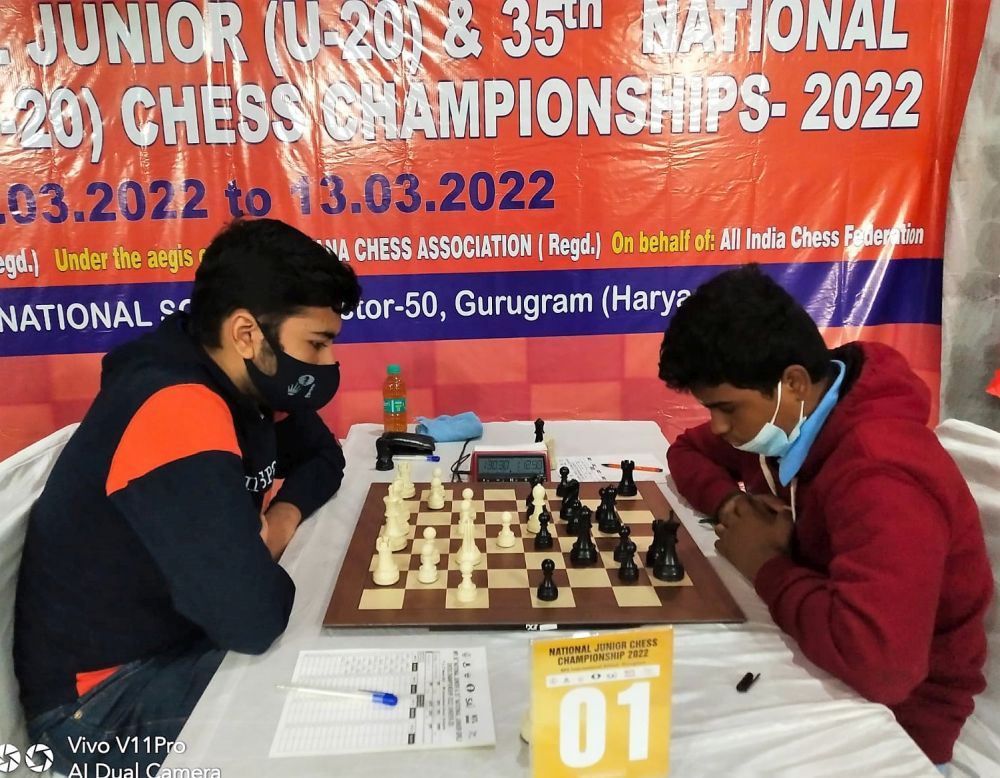 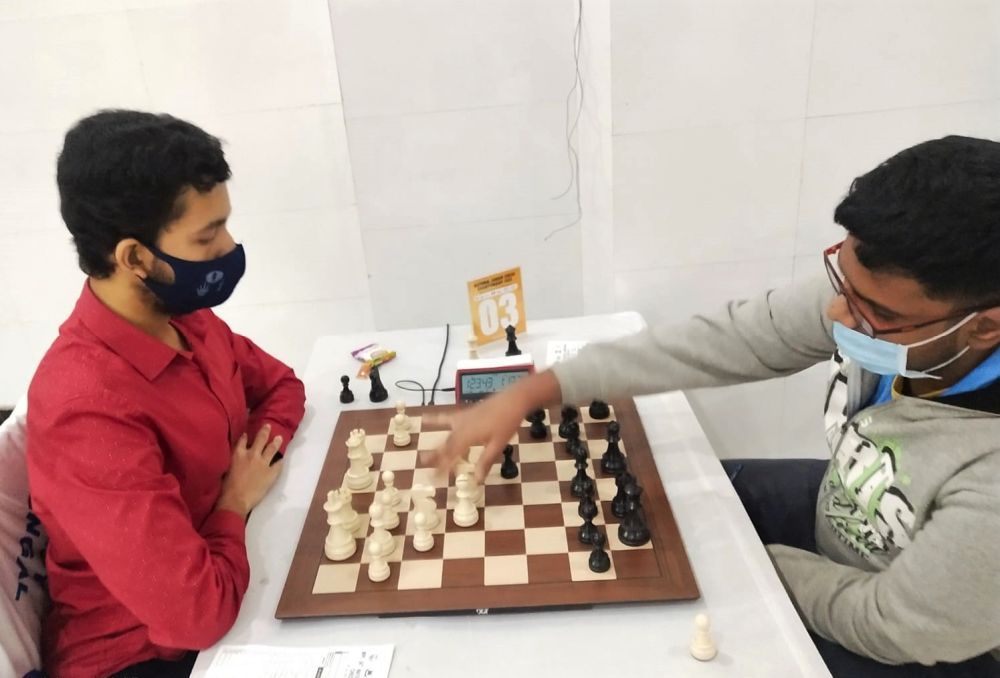 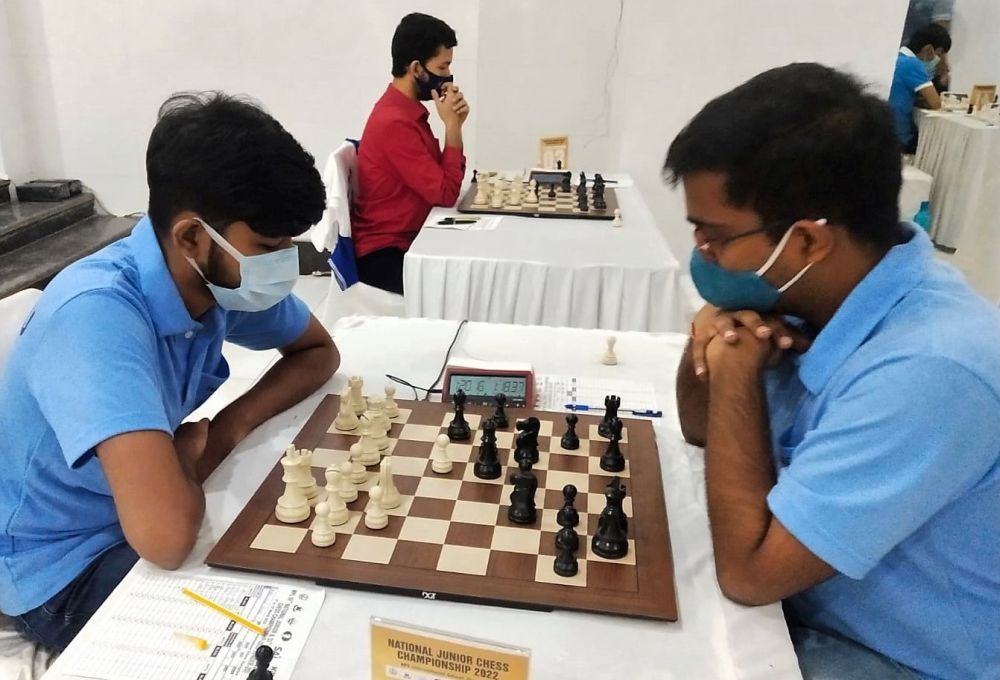 Rook and Knight or Bishop vs Rook is quite a common endgame especially in the shorter time controls. If you add another pair of minor pieces, the position becomes that much more complex. 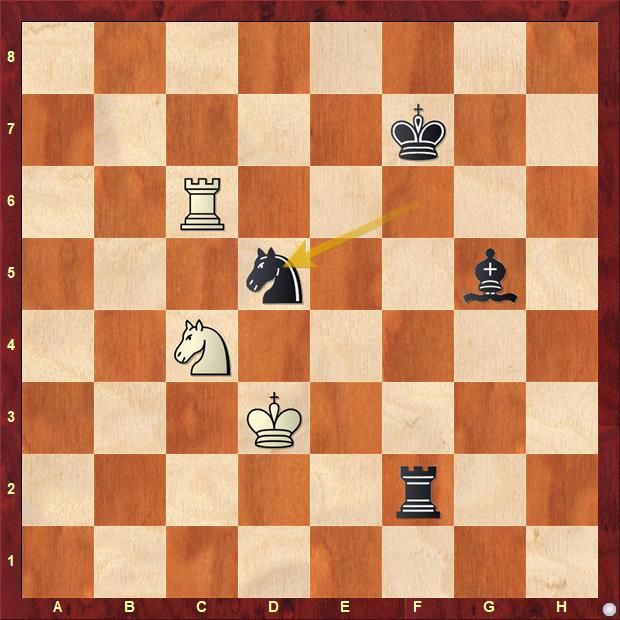 IM Neelash Saha (WB) had 50 moves to win this but he just took 26 to trap his opponent FM Aaryan Varshney's (DEL) rook. 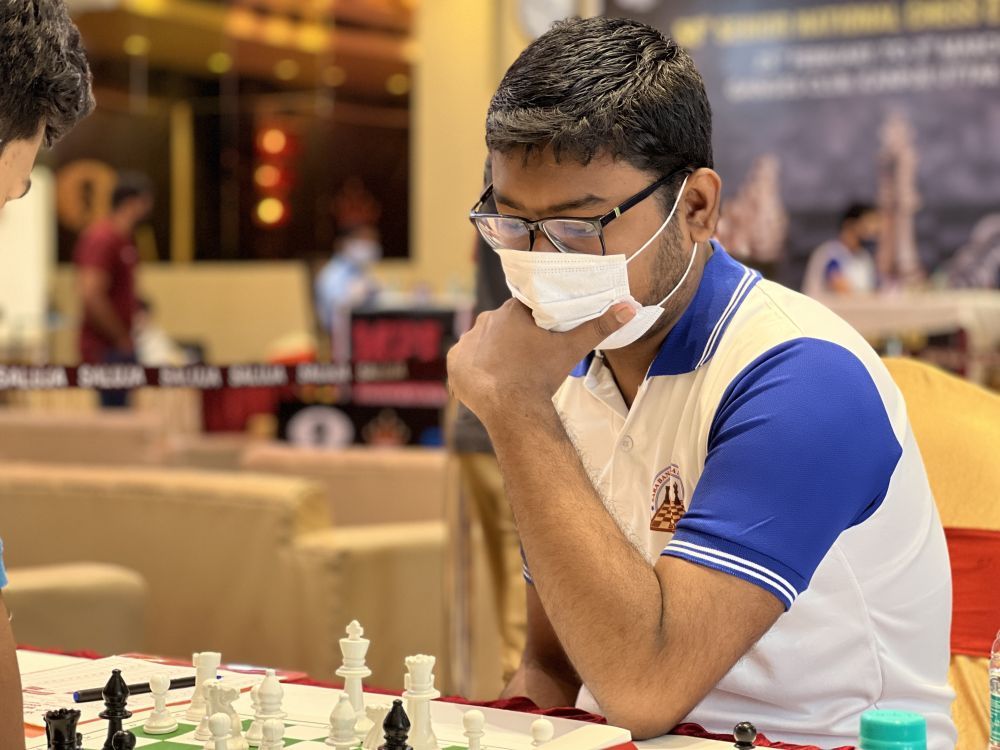 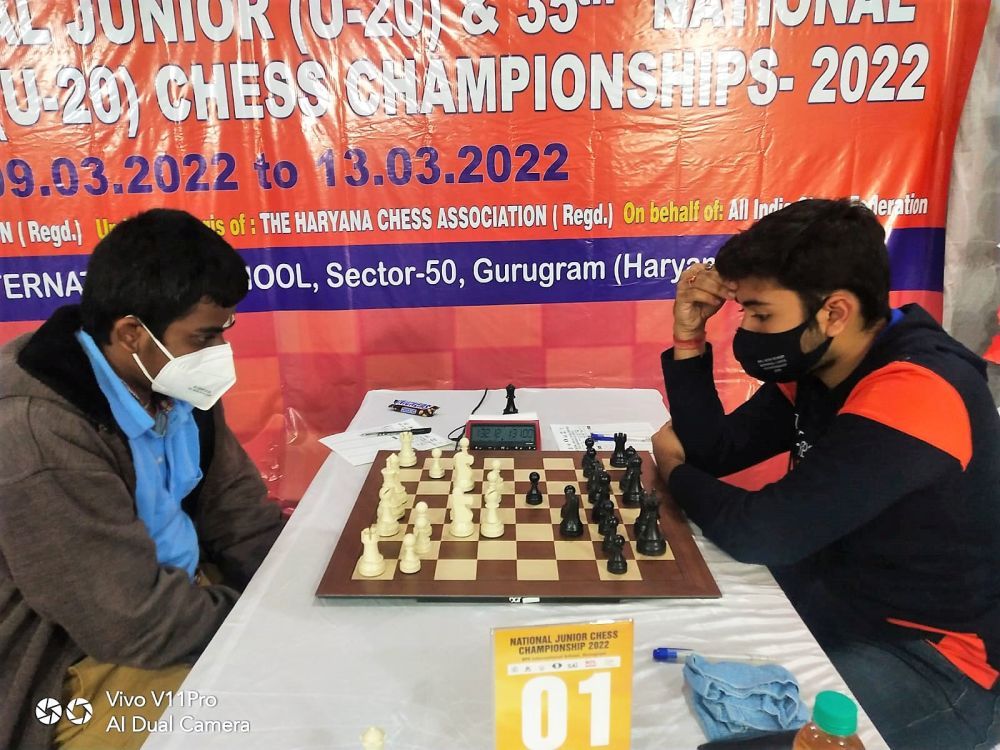 Arguably, the most exciting game of the day was between Soham Bhattacharyya (WB) and Ayush Sharma (MP). Despite the former having a decisive advantage for the better part of the game, Ayush managed to endure a difficult position and eventually turn things around in his favor. 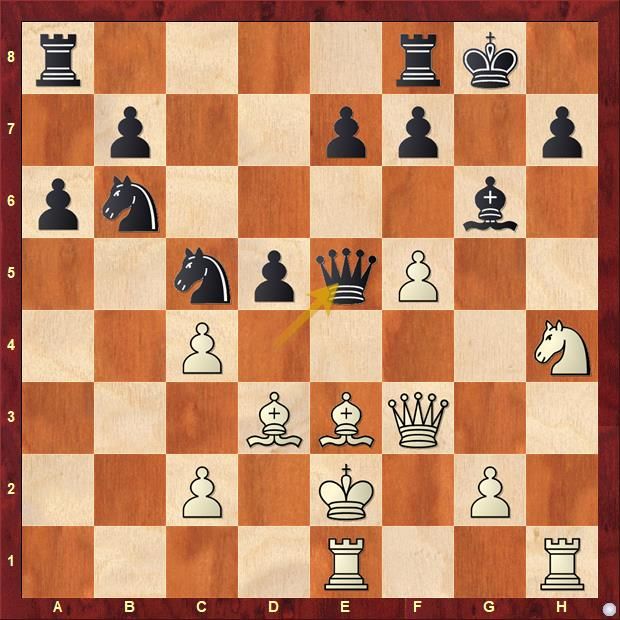 One of the best chances White had in the game was in the above position after 25...Qe5. 26.fxg6 is the winning continuation for White. Try to calculate all variations. 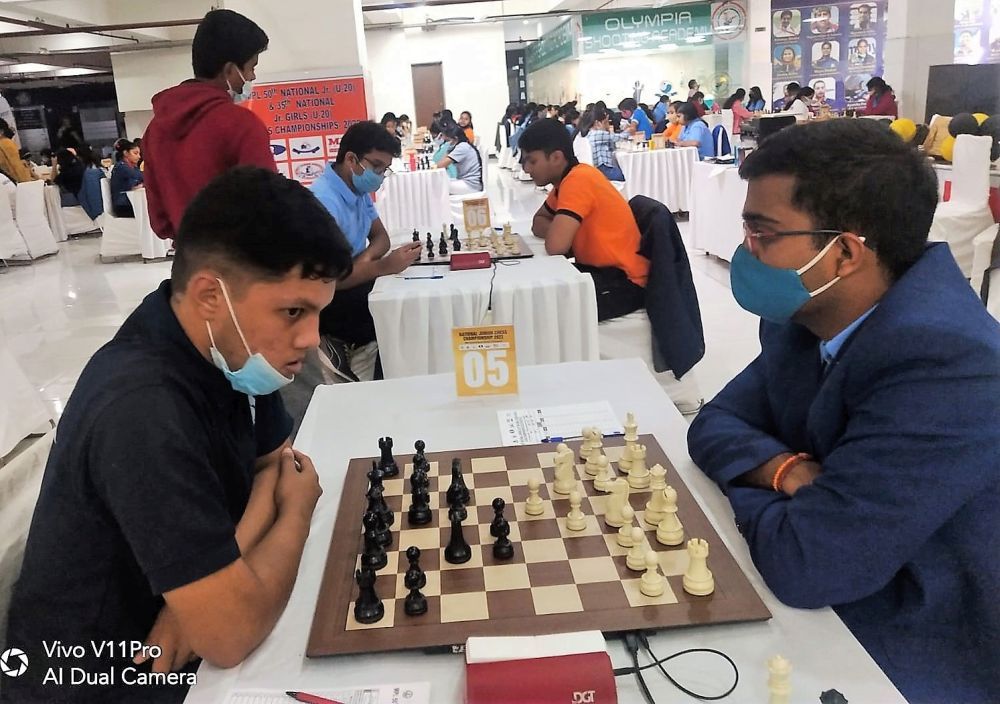 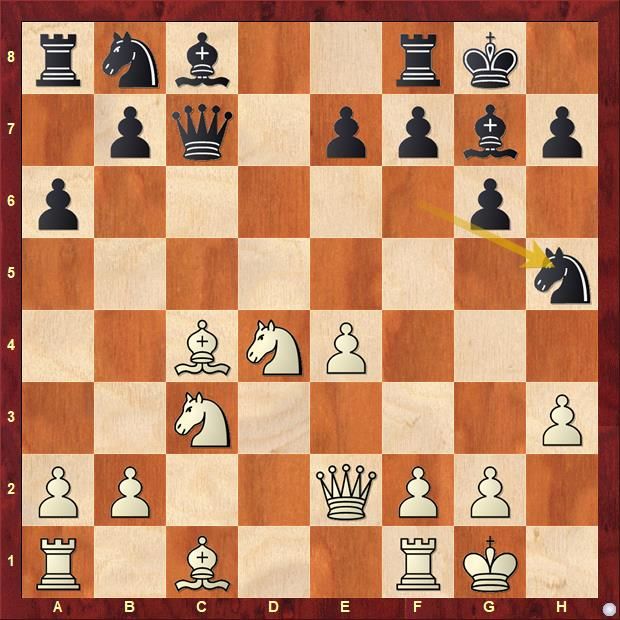 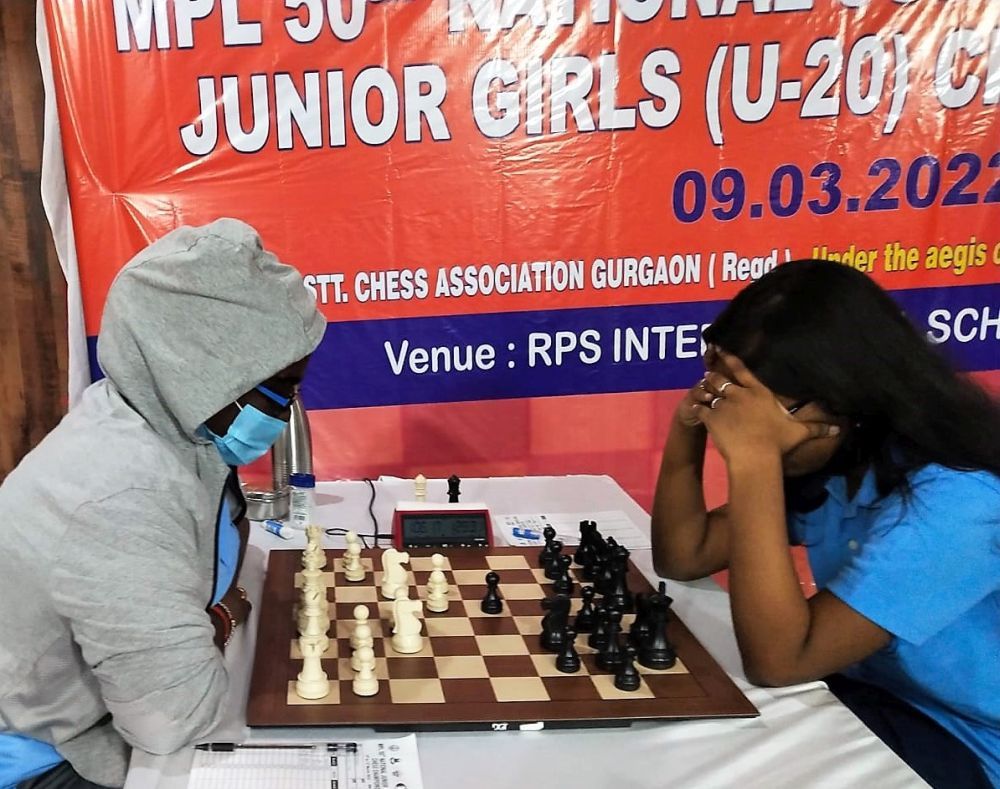 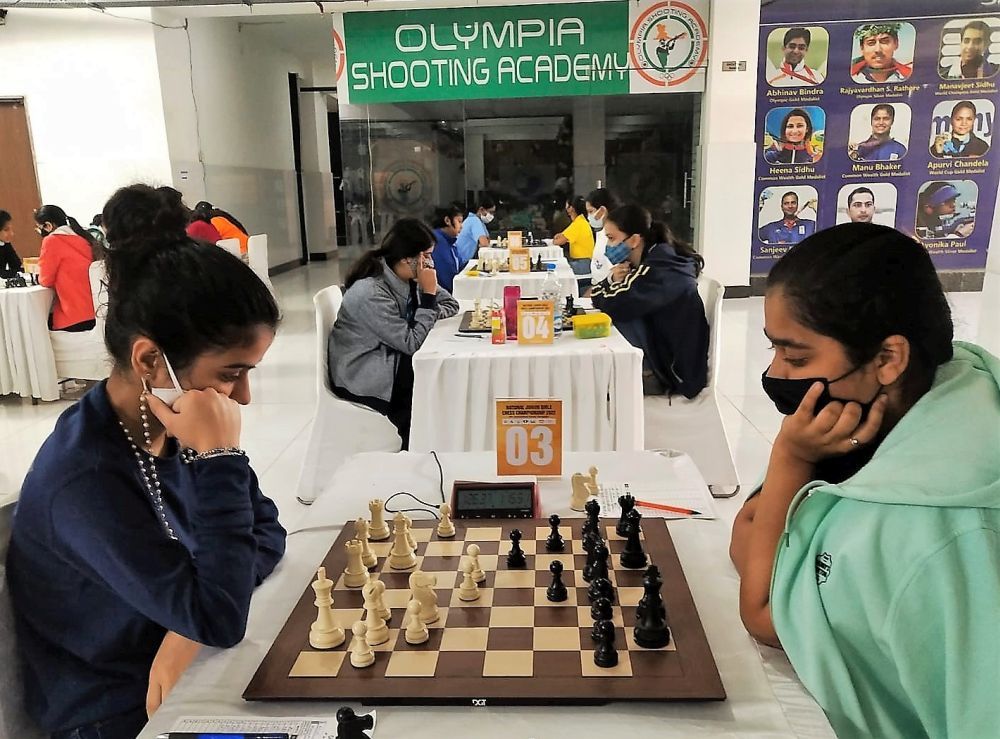 WGM Priyanka Nutakki (AP) had a roller coaster game against WFM Lakshmi C (TN). At one point, the top seed was in grave danger. 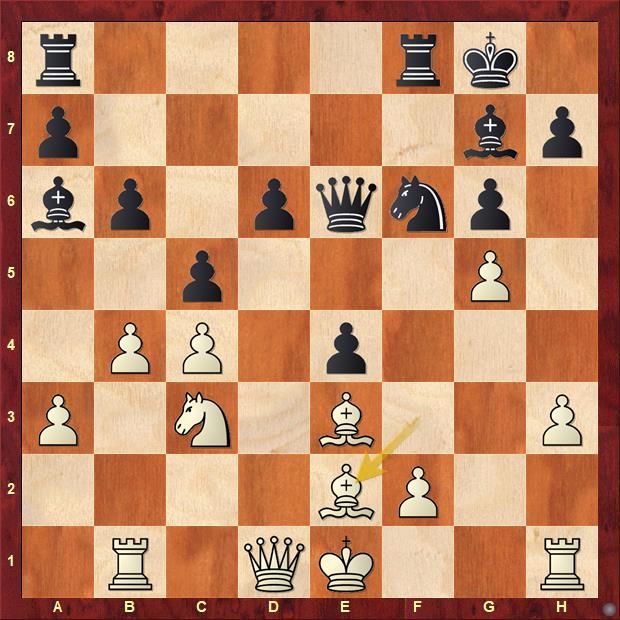 26.Be2 might seem to be unassuming but it actually could have landed White in deep trouble. 26.gxf6 Qxf6 27.Nxe4 Qxf3 28.Qxf3 Rxf3 29.Nxd6 is relatively better, although it still looks worse. Find out what was the winning continuation for Black which she missed after 26.Be2. It was certainly messy and not easy to calculate all the lines or come to a proper evaluation of the resultant position. 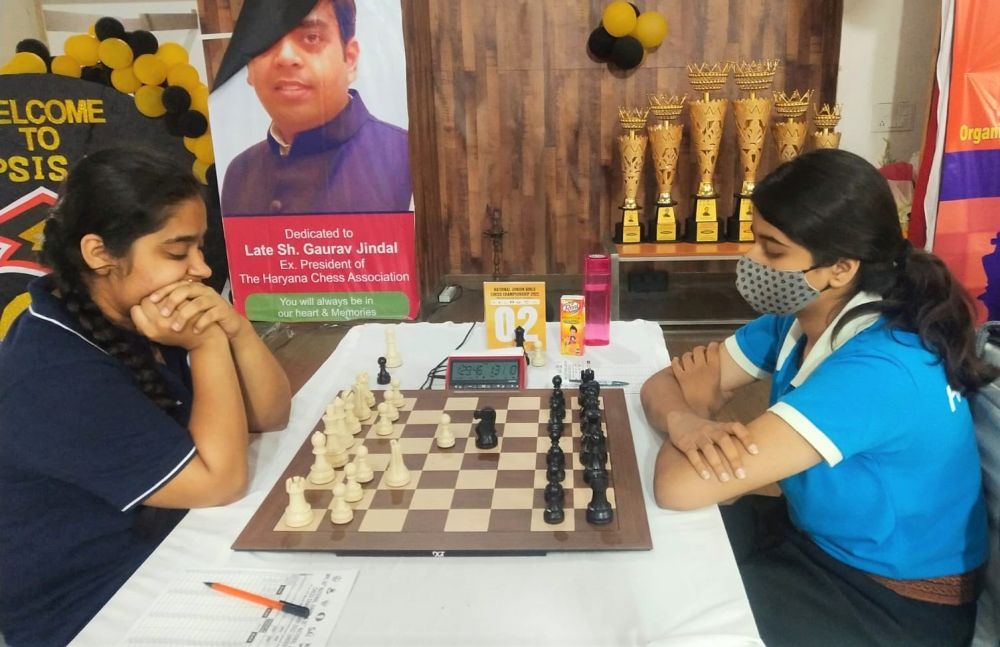 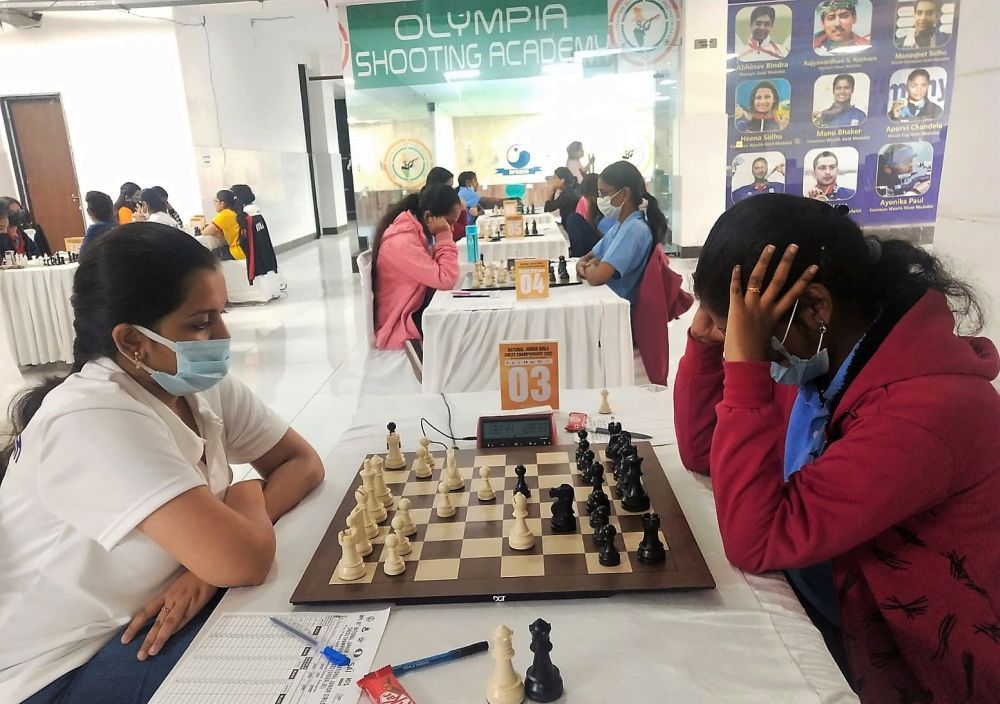 For more Round 5 and 6 photos, please click at the respective links.

A total of 186 players including 2 GMs, 6 IMs in the Open and 105 players including a WGM and a WIM in the Girls tournament are taking part. It is organized by Haryana Chess Association. Both tournaments are taking place at RPS International School, Gurgaon, Haryana from 9th to 13th March 2022. The nine-round Swiss league tournament has a time control of 90 minutes + 30 seconds increment from move no.1