India 1 and India 4 make a winning start by registering victories over Azerbaijan and Venezuela. IM Shashikant Kutwal who is also the captain of the team, Kishan Gangolli and WIM Jennitha Anto K registered emphatic victories to secure a victory for the team India 1. Marimuthu, Krishna and Sanjay ensured India 4's win over higher rated Venezuela. Both wins for team India came in the form of 3-1. With six more rounds to go for the Swiss league stage, India 1 definitely has good chances to advance to the knockout stage. Today Sunday 22nd November India 1 will face Argentina and India 4 will go up against Ukraine 2 in Round 2 starting from 7:30 p.m. IST.

Shashikant, Kishan and Jennitha are the spearheads for India 1

The medal hopes for India 1 resides on IM Shashikant Kutwal, Kishan Gangolli and WIM Jennitha Anto. All three made an emphatic winning start in Round 1 of FIDE Online Olympiad for People with Disabilities. If these three continue their momentum then India 1 will definitely reach the Knockout stage after the conclusion of seven rounds of Swiss league. India 4 also made a winning start over higher rated Venezuela as Marimuthu, Krishna and Sanjay scored three important victories for their team to register a 3-1 victory over their opponents. 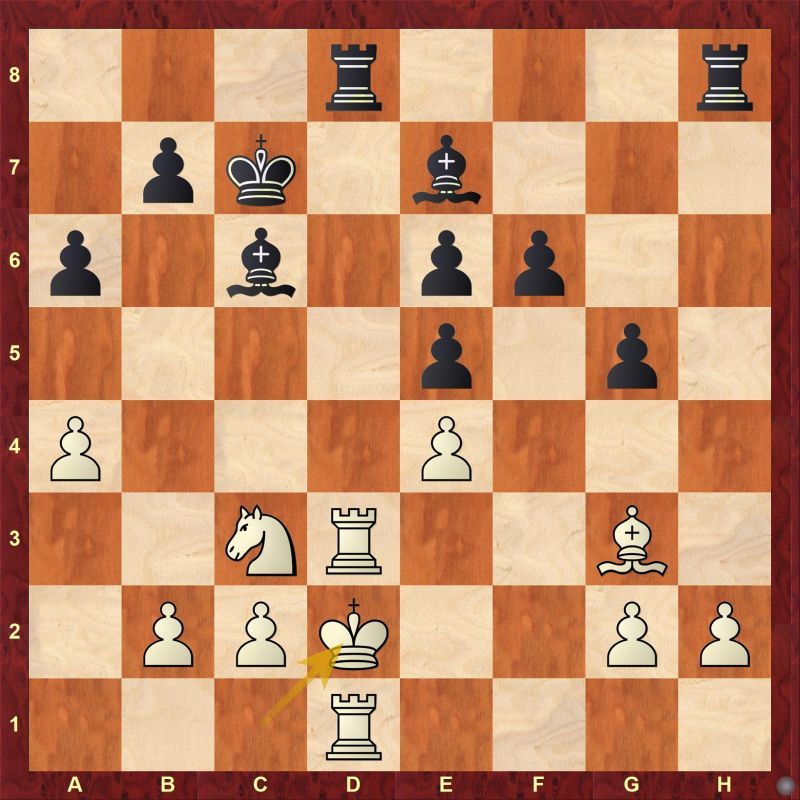 Kishan Gangolli (2128) scored a win with ease as his opponent Gennadiy Gelman (1793) blundered a pawn in the opening first and then blundered the queen in the next six moves.

In an already difficult position, Naveen Kumar defended his pawns incorrectly and then blundered a checkmate in another five moves. What is the best way for black to defend the pawns? Black made an incorrect pawn advancement with 20...c4. What is the correct response for white here?

Soundarya Kumar Pradhan (1746) was the only player to score from India 2 as he drew with WFM Aleksandra Aleksandrova (1780) in a topsy-turvy battle. Soundarya had an early advantage but he couldn't maintain it, eventually salvaged a draw in the endgame from a difficult position.

Udupa Krishna (1733) scored the sole victory for the team when he capitalized on his opponent Svitlana Solomna's (1434) tactical error.

Replay all games of Indian teams of Round 1