The clash of generations ends in a tie

Nihal Sarin held back and Anatoly Karpov held his own - in short, that's what happened in the battle of two generations that took place yesterday in Cap d'Agde, France. The 15-year-old Indian phenom managed to create chances in almost every game but surprisingly failed to capitalize on them. The first two rapid games ended in draws and in the blitz section it was the 68-year-old legend who dealt the first blow. Nihal was in a must-win situation in the final round and the pressure sort of goaded him to go for the kill; he played actively right from the start, won an exchange on move 17 and then finished things off smoothly in just 28 moves. Thus, the four-game match came to an end with a 2-2 tie between the players.

Separated by age, bound by common style of play

Who is the greatest positional player of all time? We may never know the answer to this as it is impossible to compare players from different eras of a game which constantly keeps changing and evolving. But arguably, if there is anyone who comes closest to being the best ever in terms of solid play then it would be none other than the twelfth World Champion Anatoly Karpov. And indeed, yesterday the legend only drove this point home by giving the 15-year-old Nihal Sarin a real run for his money. The young Indian phenom also shows a marked disposition for subtle and slow chess, and is already reckoned to be one of World's best in terms of his positional understanding. But yesterday Karpov was, well, simply Karpov! 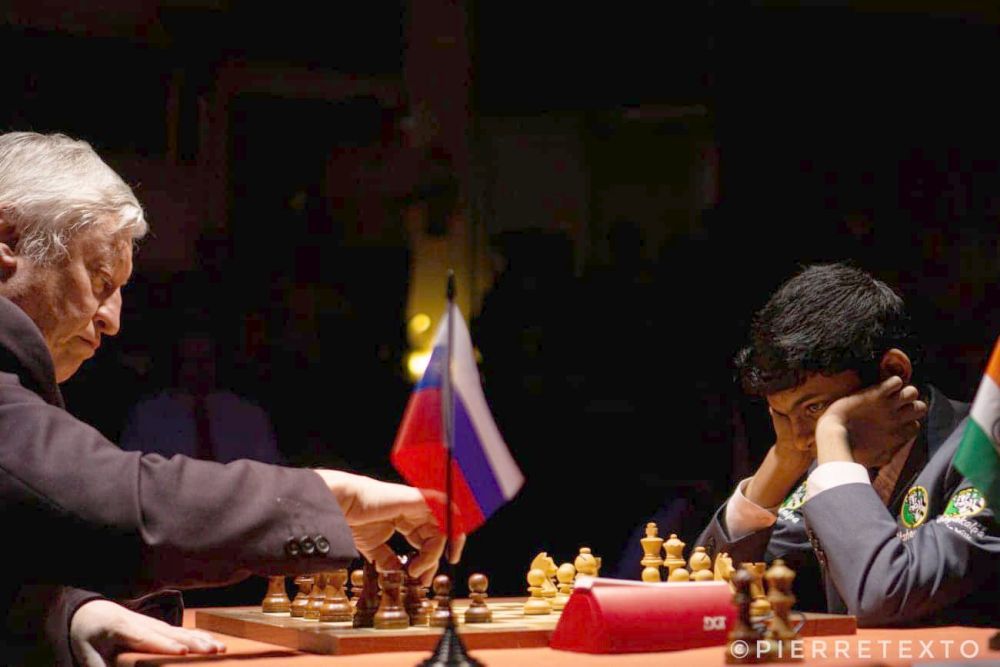 When chess is popularly considered a young man's game, the 68-year-old Karpov defied all odds and held his own against one of World's foremost talents | Photo: Pierre Textoris

Speaking of the games, Nihal actually created some very good chances in the first two rapids in 25'+10" format but somehow just couldn't convert his edge. In the first game, both players were sort of restraint against each other, maneuvering their pieces slowly and patiently testing each other. But things started to flare up with tactical possibilities when Karpov on move 17 took a careless step with his queen. Let's have a look at the highlights. 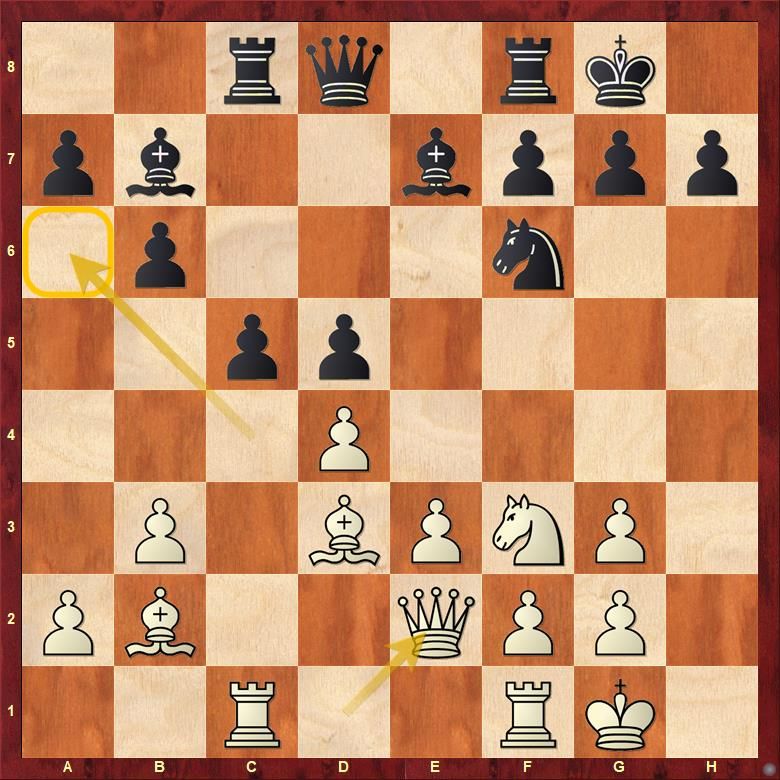 Nihal played 15.Qe2 with the idea of going Ba6 next and possibly getting rid of Black's b7 bishop which was doing a very good job defending some important light-squares. 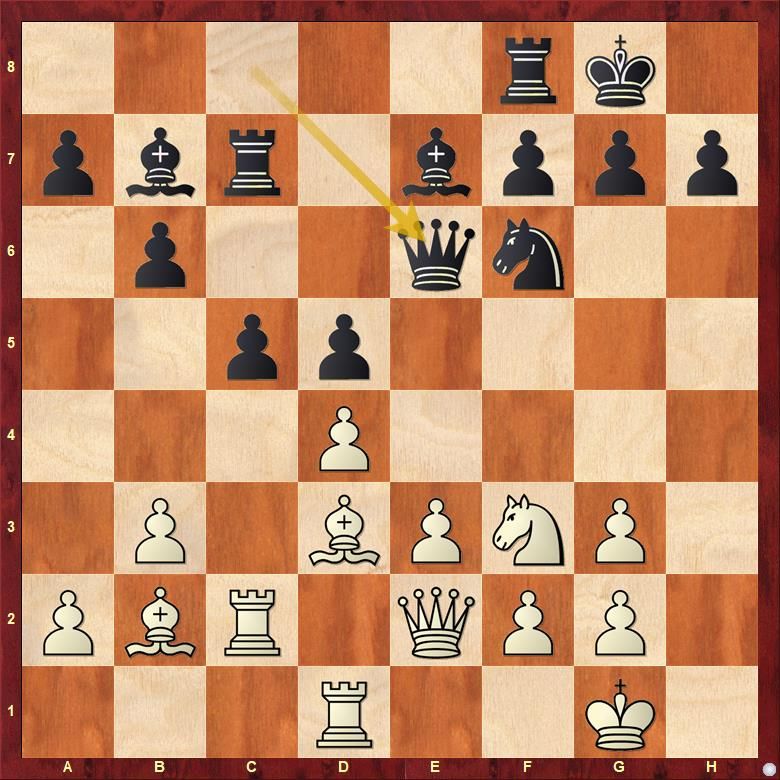 Suddenly the nature of the position turned tactical from positional. Can you guess what Nihal played in this position? 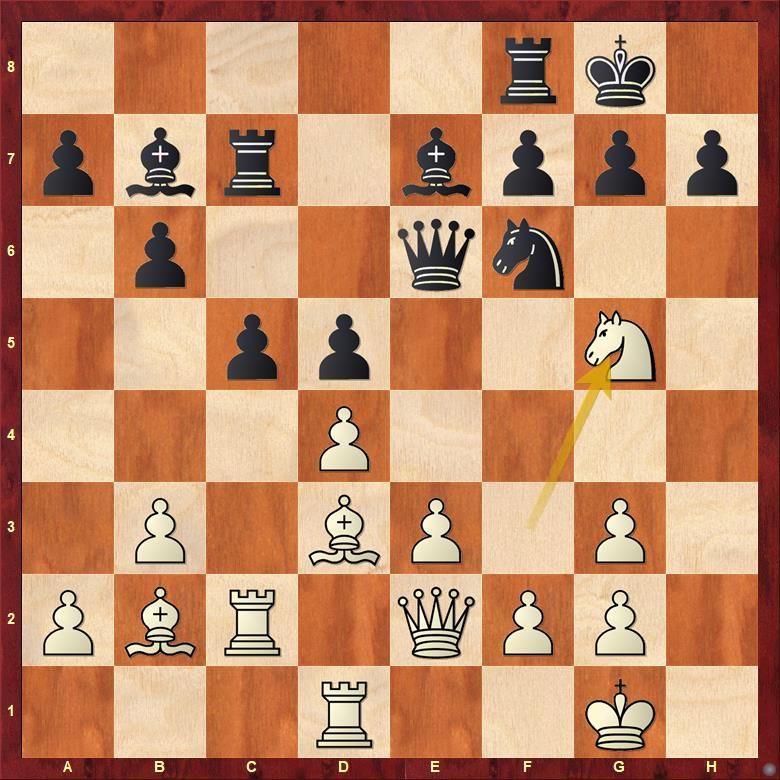 Well, the move 18.Ng5 completely changed the game's equation. White was gaining a tempo on the e6 queen and suddenly White's bishops on a1-h8 and b1-h7 diagonals started looking dangerous. 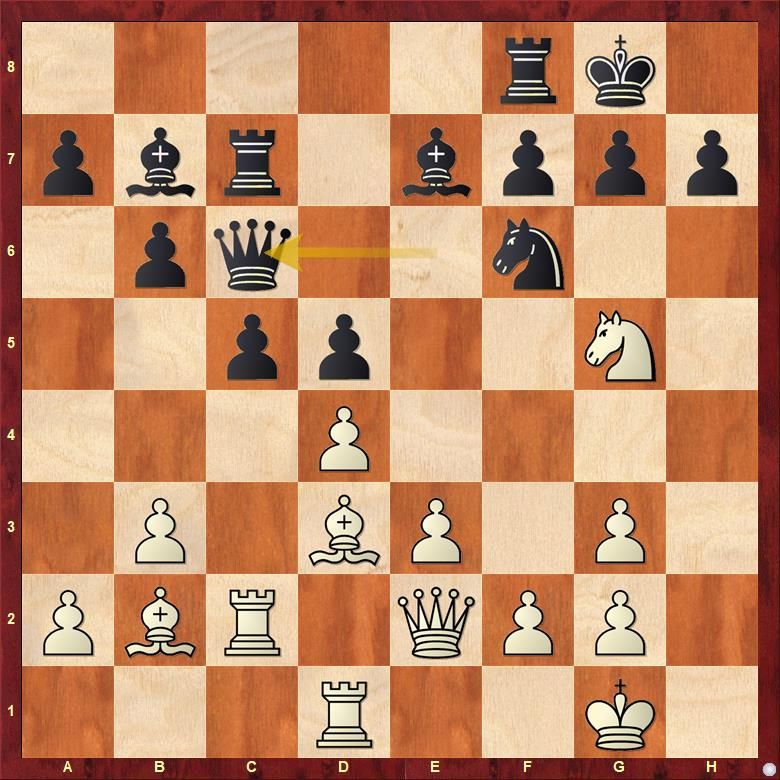 18...Qc6 next opened up further tactical possibilities. White had to be careful as Black's bishop-queen battery was pointing at g2! 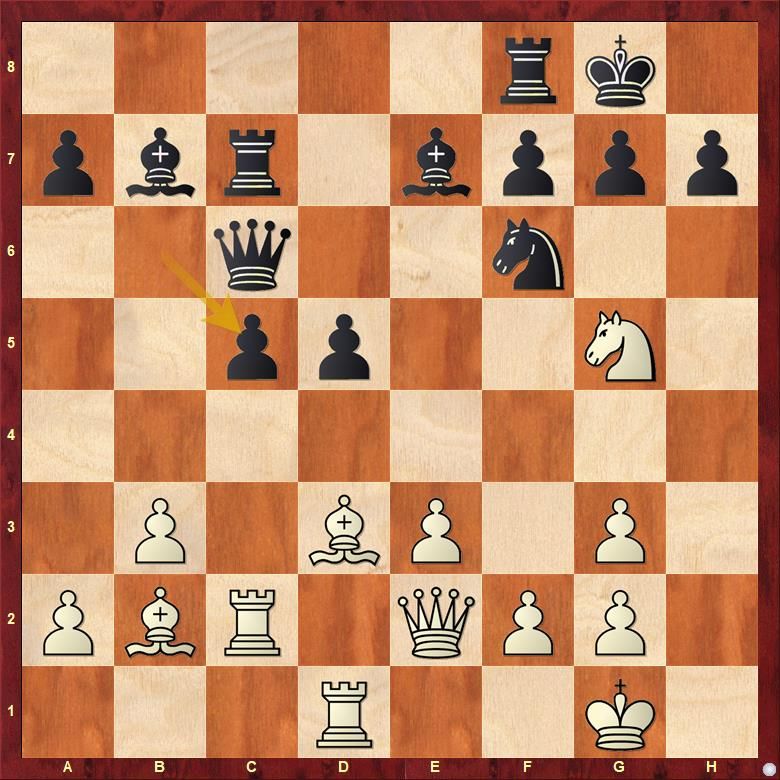 It was at this point Nihal started to hesitate. Here Bxf6 Bxf6 Nxh7 would have simply kept the edge but the Indian played 20.Be5?! 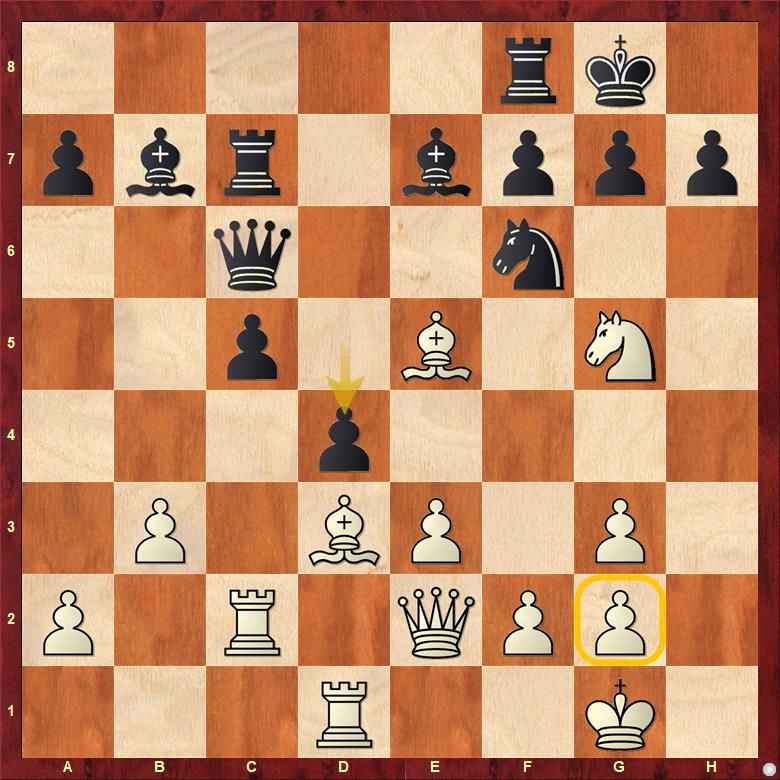 Once again after 20.Be5?! d4 (threatening obviously Qxg2#) Nihal went 21.Nf3?! - an inexplicable retreat that totally blows away his advantage. 21.f4 instead would have been quite decisive.

From here on Nihal's chances simply fizzled out and the encounter liquidated to an even knight versus bishop ending which after a 59-move long struggle ended in a draw. The full game is presented below: 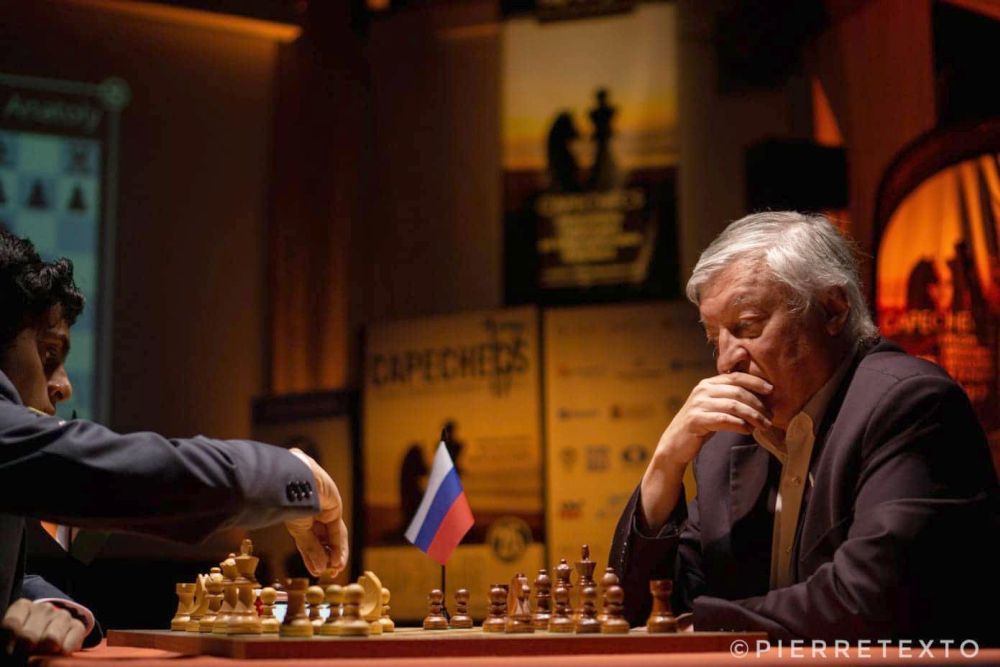 In the next round it was the former World Champion's chance to wield the white pieces and apparently he did make pretty good use of it | Photo: Pierre Textoris 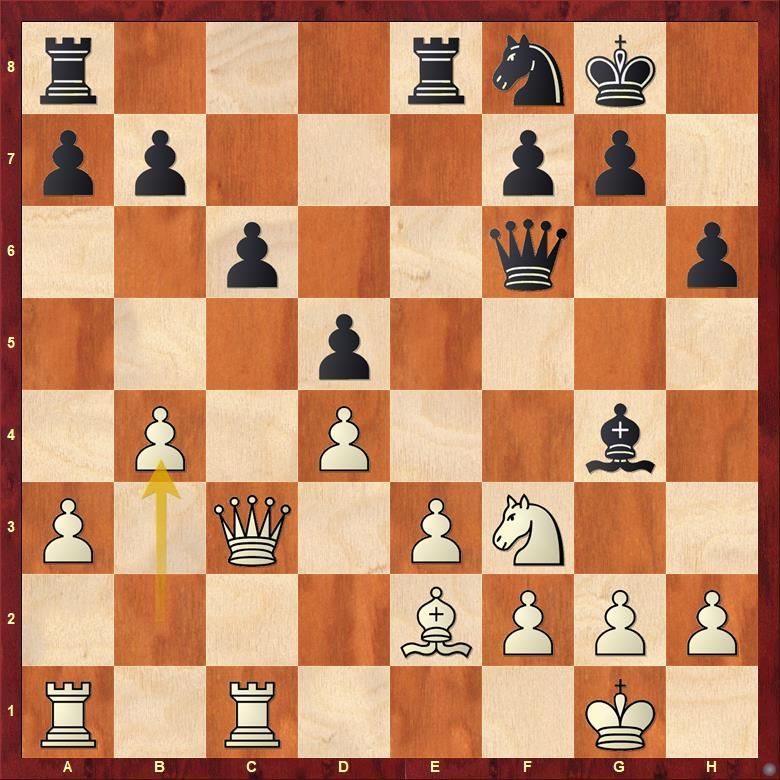 Position after 15.b4: Karpov got what one would call a "Karpovian" position out of the Nimzo-Indian defense in game 2. In the position above Black is pushing on the queenside but White has the so-called minority attack going on the other side of the board. 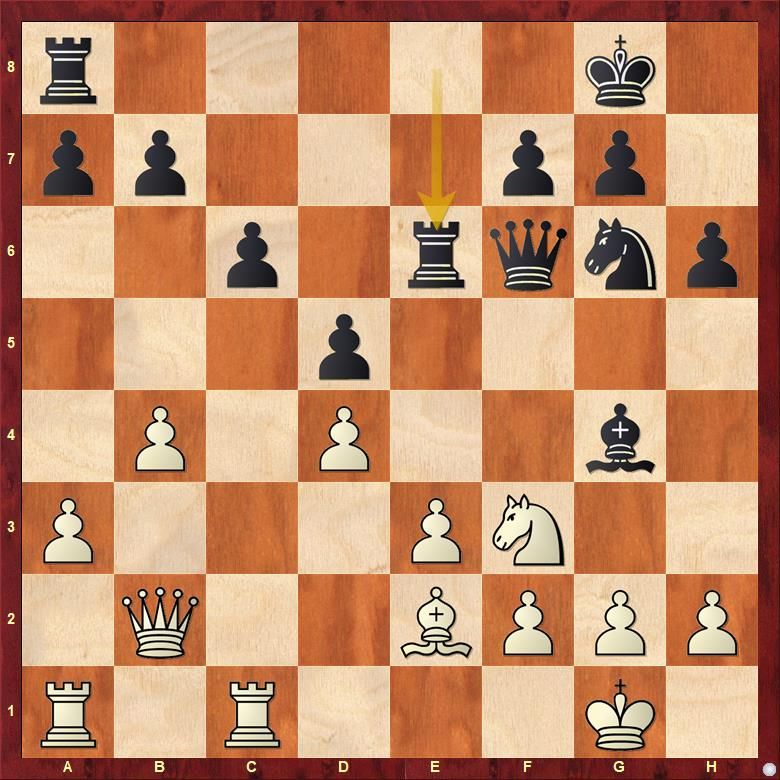 Black played 16...Re6 with the intention of doubling up on the e-file after which tactics like Nf4 start to lurk in the air. Karpov could have just continued his progress on the queenside here with 17.b4-b5 but rather unexpectedly he took more than ten minutes here to play the move 17.Qd2 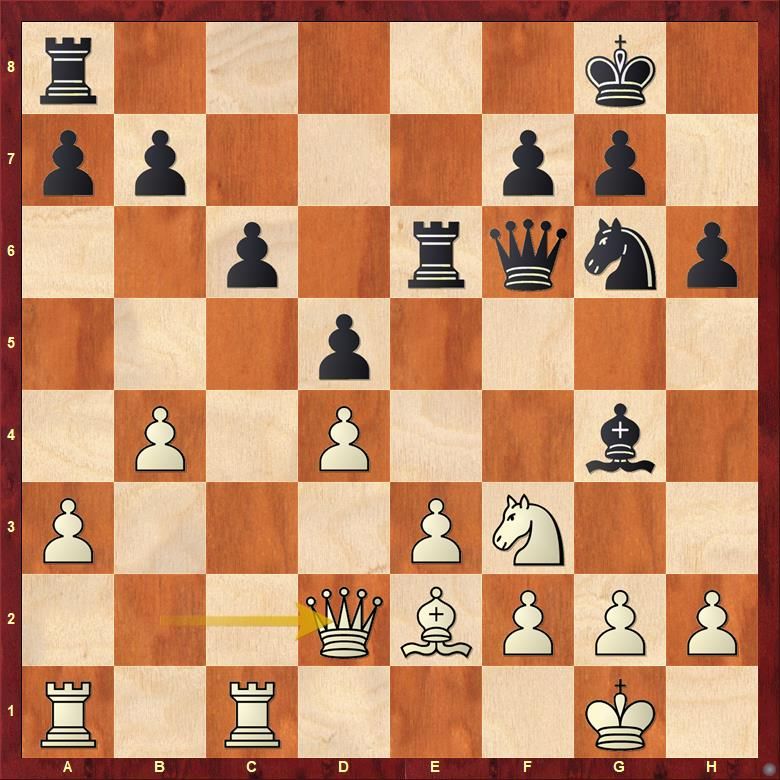 What was the purpose of 17.Qd2? Why do you think Karpov spent so much time on it?

A plausible explanation was offered by IM Sagar Shah during the live analysis of this game on ChessBase India YouTube channel. Perhaps, White's intention with 17.Qd2 was to open up the provision of going Bd1 if Black ever gets Rae8 and Nf4 in and this indeed happened in the game where Karpov adopted a very passive defense with Bd1 and Ne1 against Nihal's kingside attack. In any case, 17.b5 cxb5 18.h3 Bxf3 19.Bxf3 Rd8 20.Qxb5 is an alternative that looks much more promising. 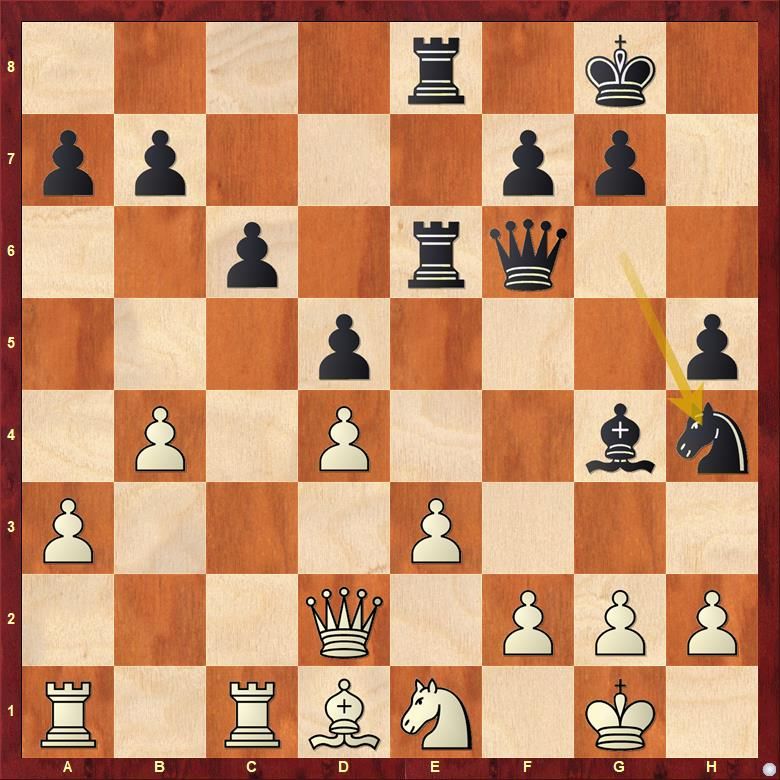 But just when in the above position the Indian was starting to take control of the game something very unusual happened. Karpov played 20.g3 - obviously to drive away the h4 knight - and Nihal reacted by releasing all the tension with 20...Nf3 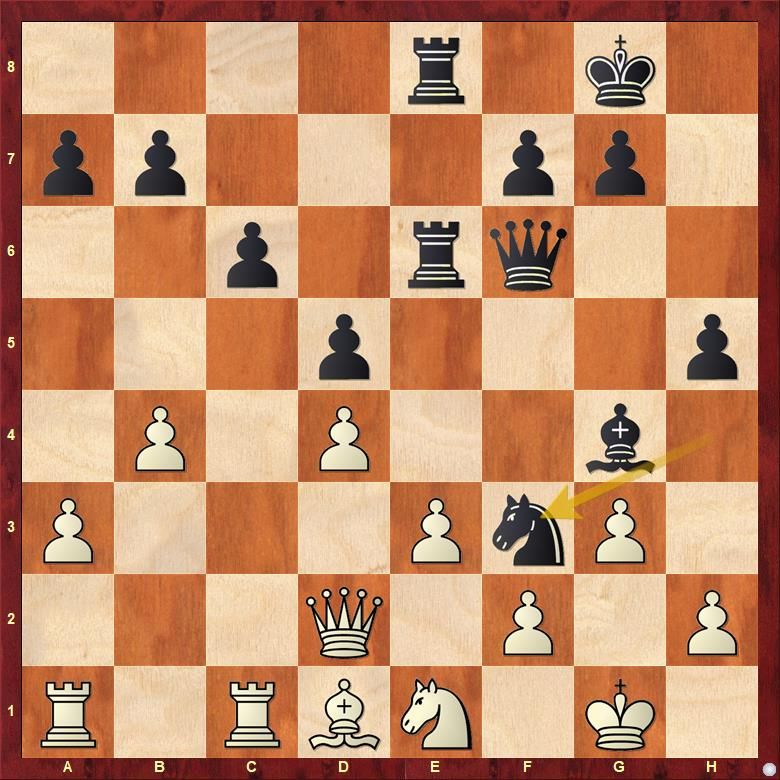 A move like 20...Nf5 would have kept all the possibilities alive in the position but 20...Nf3 simply allowed a liquidation with Nxf3 Bxf3 Bxf3 Qxf3 that favoured White. 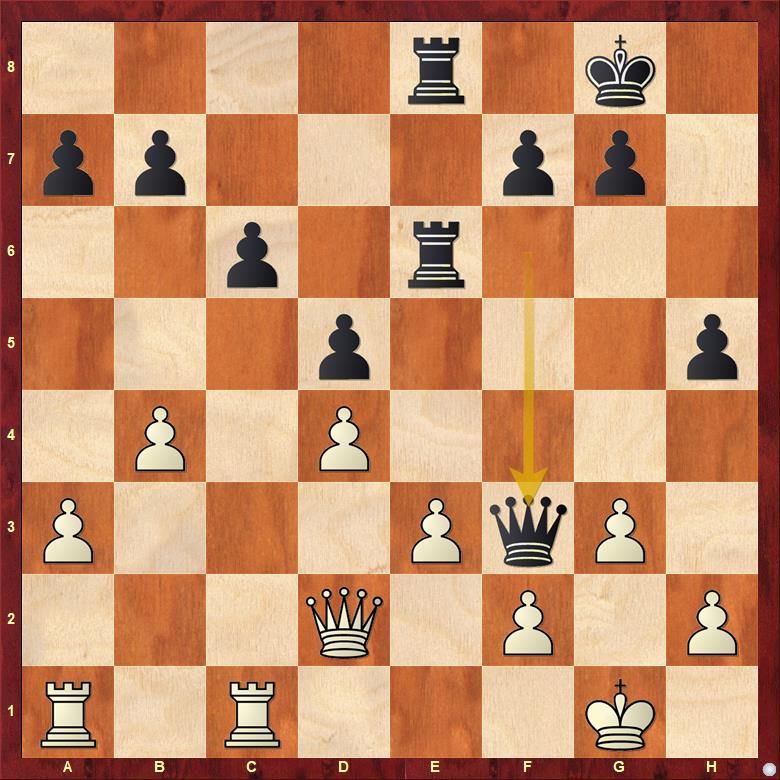 Black still had some edge after 22...Qxf3 but this was much simpler for White to defend now. The game was agreed to a draw in an equal rook-pawn ending after 49 moves.

After both rapid games ended in draws, it was time for the players to move onto the blitz section of the tournament. In the very first blitz game of the match itself Karpov shocked everyone by getting the better of Nihal who incidentally is the reigning Asian Blitz Champion! Interestingly this game followed just the same opening as the previous rapid but the former World Champion improvised on move 12 and lashed out his a and b pawns to gain a comfortable edge. Queens were traded on move 28 and after the 33rd move the players reached a four versus three rook-pawn ending. 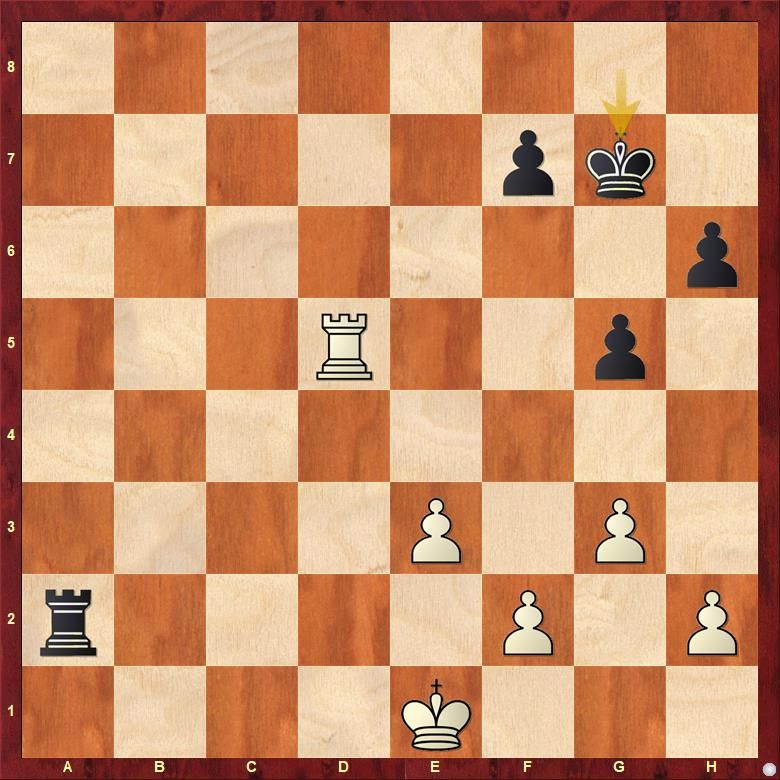 Position after 33...Kg7: Black was a pawn down but with accurate play this should still be a draw. However, most likely Nihal lost his nerves here and ended up going into a rook versus rook+two pawns ending which was clearly winning for the Russian player. The game ended after 69 moves when it was impossible for the Indian player to stop White's pawn from queening. 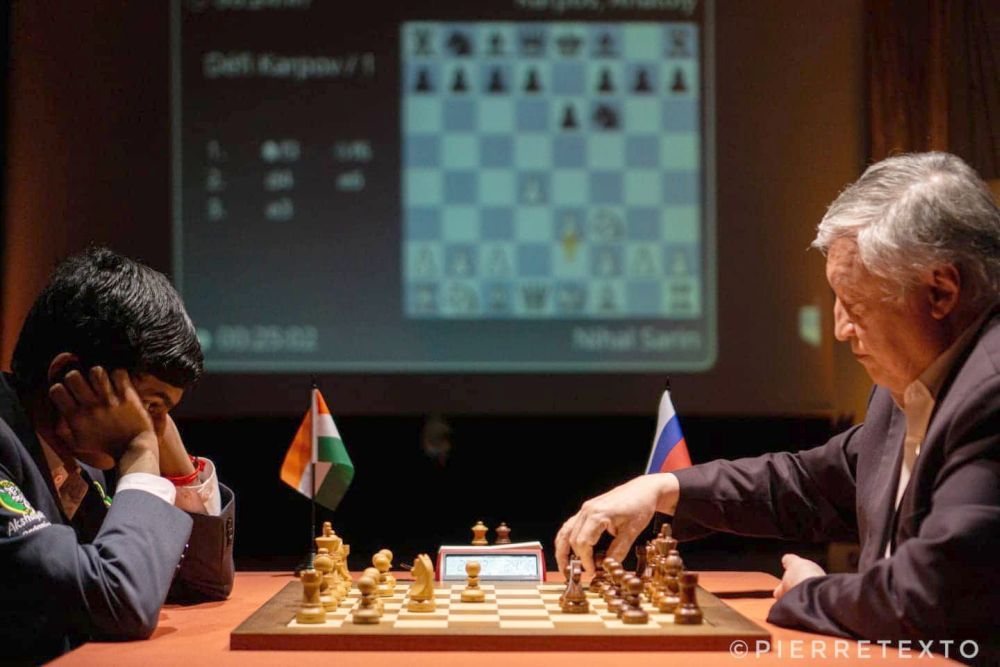 Nihal thus came down to a must-win situation in the final blitz game of the match | Photo: Pierre Textoris

The 15-year-old had the White pieces in the last round and had to win at any cost to level the scores. But somehow the pressure worked well and Nihal played his natural game in the last round, going for active play in a queen's pawn opening. 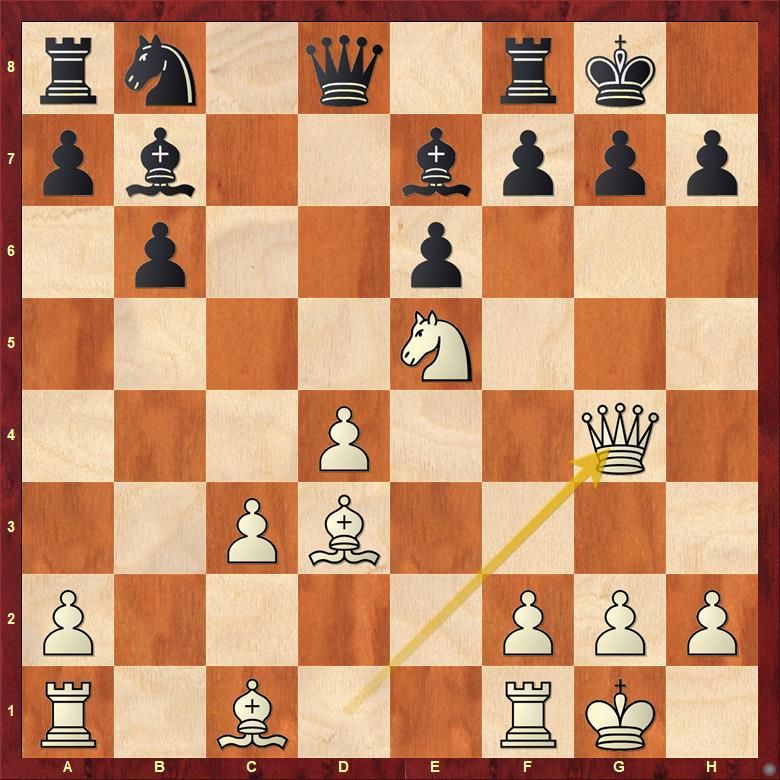 Out of the opening itself Nihal went on the offensive. The above is after 12.Qg4, White already threatens Bh6! 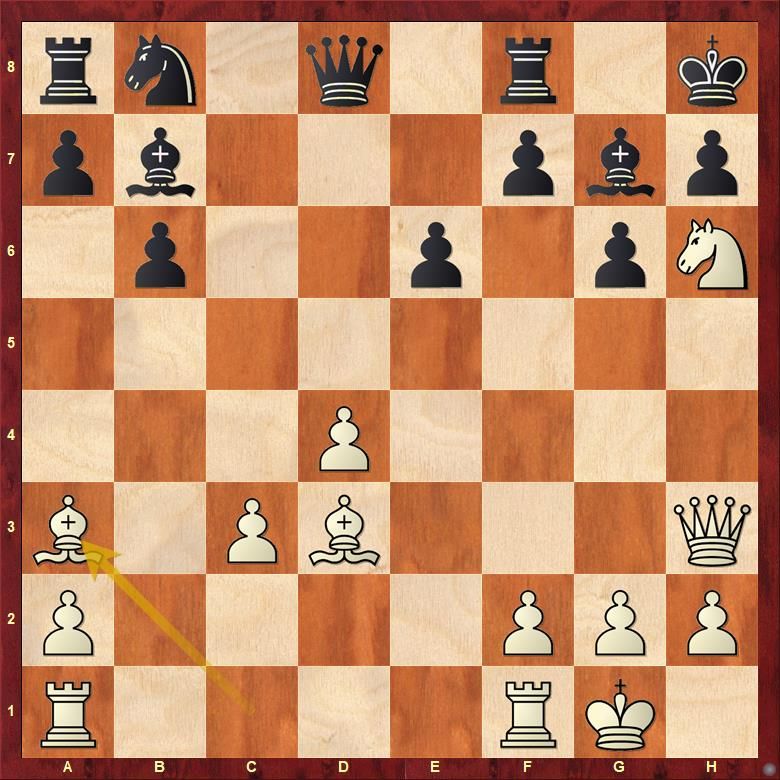 Next, only after four moves 16.Ba3 came as a decisive blow. Black had to give up his exchange on f8 as Bxh6 Qxh6 Rg8 etc was only worse. Nihal finished off the game from here in just 28 moves as Karpov ended up blundering under pressure and losing his queen. 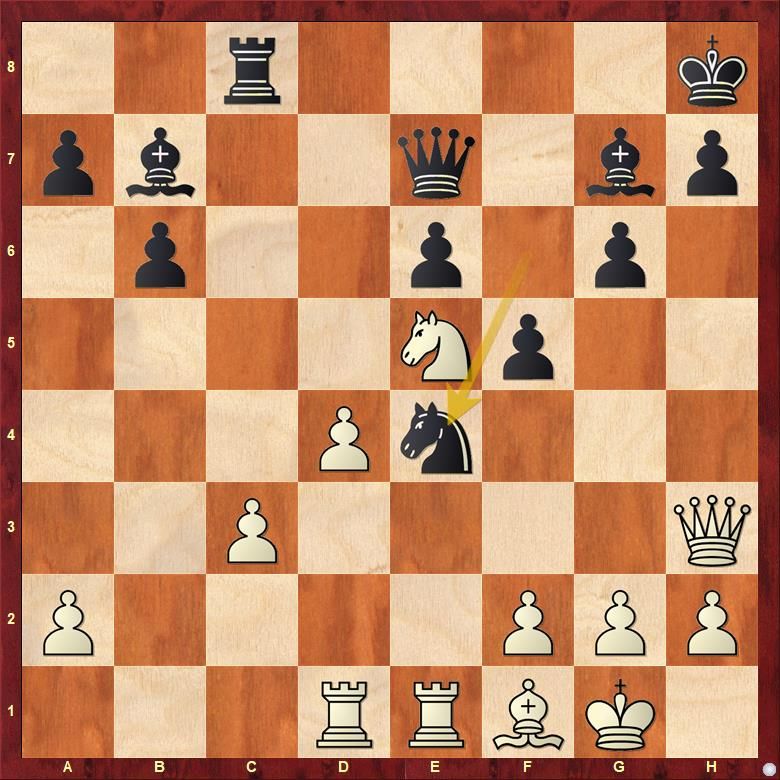 Can you see what the former world champion missed when he played 27...Ne4? Check the full game below to see the final blow!

Result of the match

You can view the following excellent analyses that was carried out by IM Sagar Shah in ChessBase India YouTube Channel both during and after the games: