PSPB has done it again. For the third consecutive year, PSPB has won National Teams 2020 in both Open and Women's section, with a round to spare. They just need to play the last round as a formality as the result is irrelevant for their championship standings. Delhi A got whitewashed 0-4 by PSPB in Open and LIC lost to the PSPB 1.5-2.5 in Women's. RSPB B is at the second position, followed closely by AAI in Open, four teams AAI, Tamil Nadu B, Air India and Telangana are tied at the second spot in the Women's section. In the final round it will be interesting to see who takes the remaining podium positions after PSPB as has been the case for the past two years. Photo: IA Gopakumar Sudhakaran

Since 2018 PSPB has been dominant in both National Team Open and Women. They have won each time with a round to spare in each section. In the penultimate round, Delhi A lost to PSPB 0-4. Adhiban, Abhijeet, Lalith and Deep all four of them scored comfortable victories. Karthikeyan was rested for the first time in the tournament after playing seven consecutive games. The final round is just a formality for PSPB as mathematically neither RSPB A nor AAI can catch up with them.

Delhi A got whitewashed 0-4 against PSPB | Photo: Gopakumar Sudhakaran

Adhiban won his game in his signature style against Jatinder Kapoor (1586). 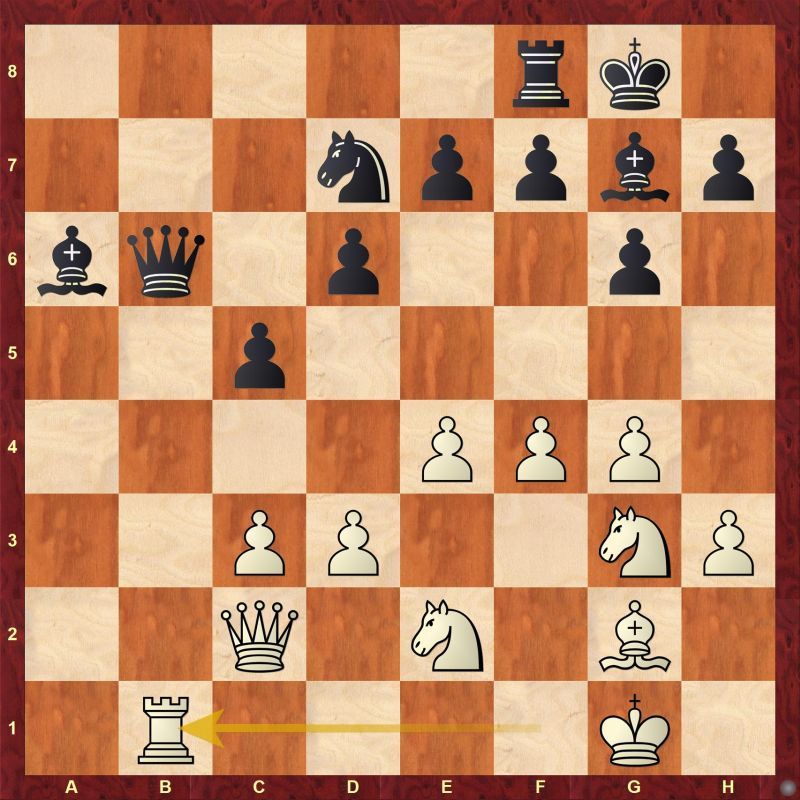 Find out the best continuation for white after 22.Rb1. 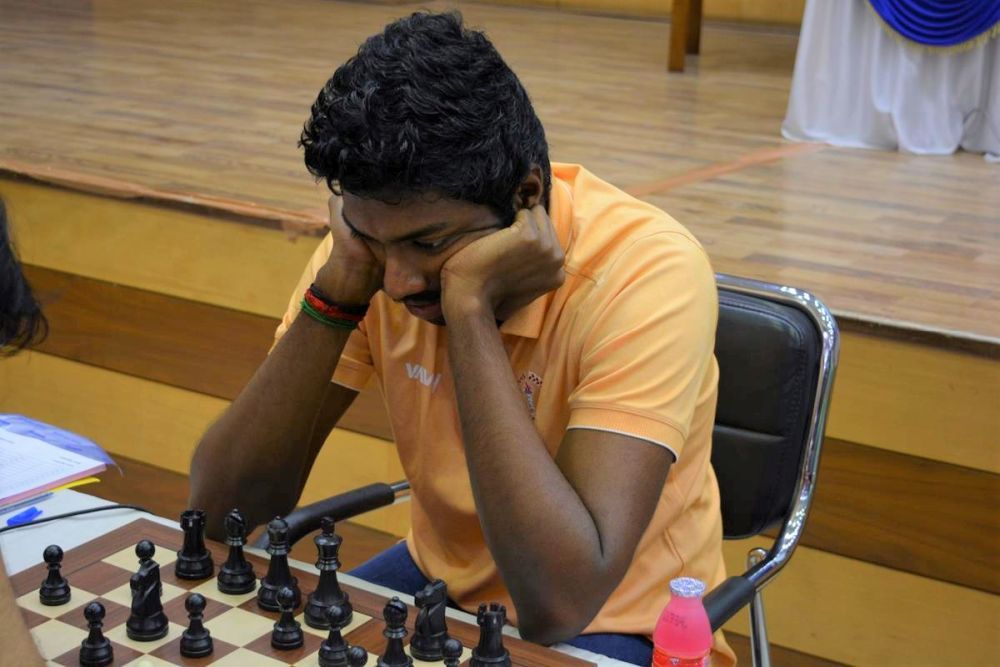 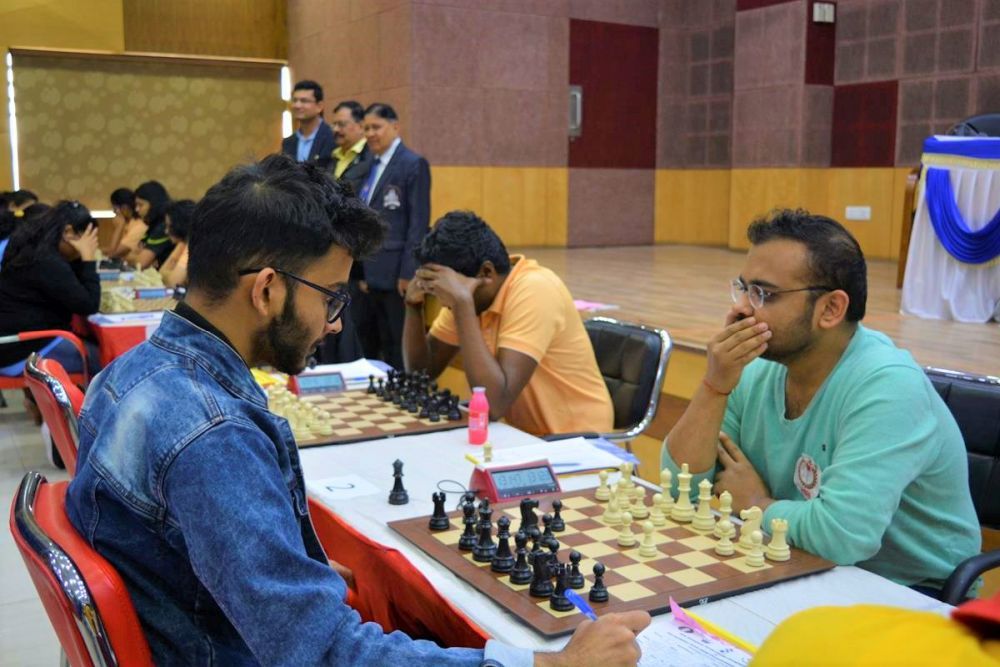 Lalith scored an easy victory in 33 moves against Sanchit Anand (1891). 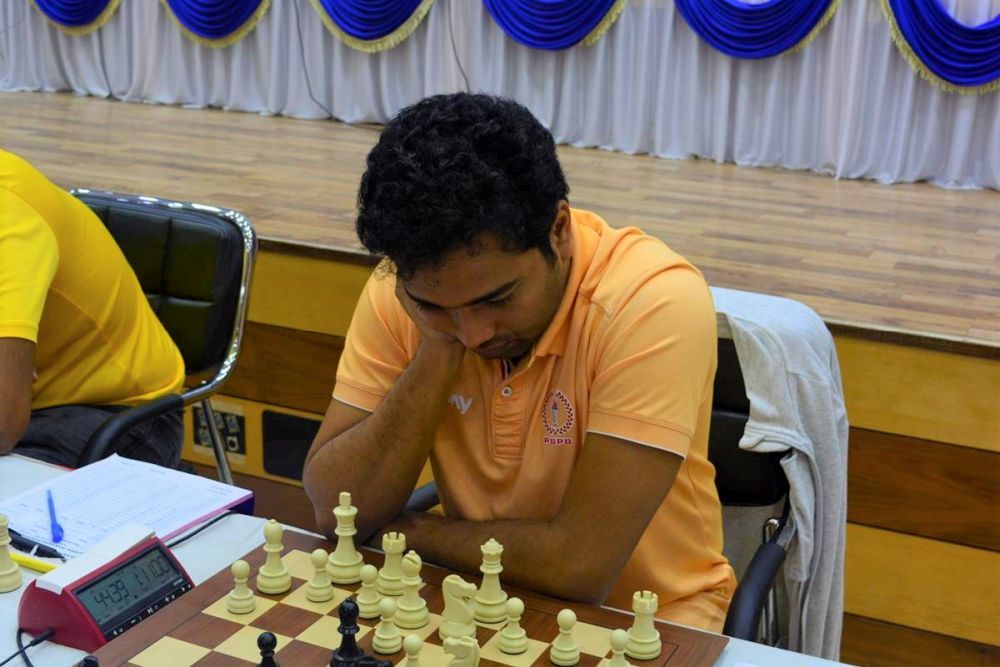 The fight for the second place is still open. AAI drew with RSPB A without having a single game drawn. Harshit and Abhimanyu picked up the win for AAI, while Deepan and Swapnil scored their wins each for RSPB A. 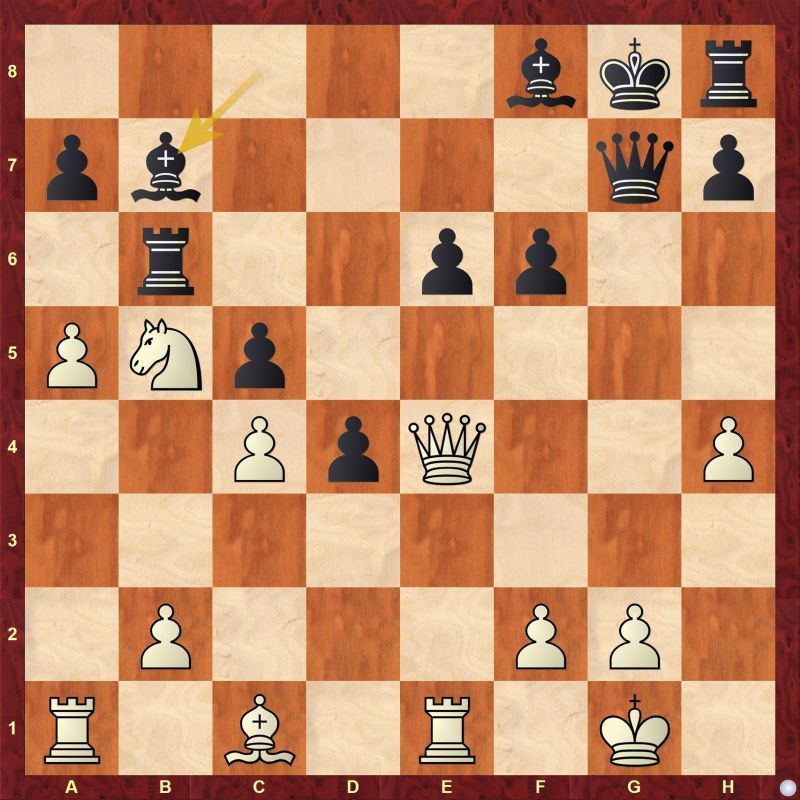 Find out the best continuation for white after 23...Bb7 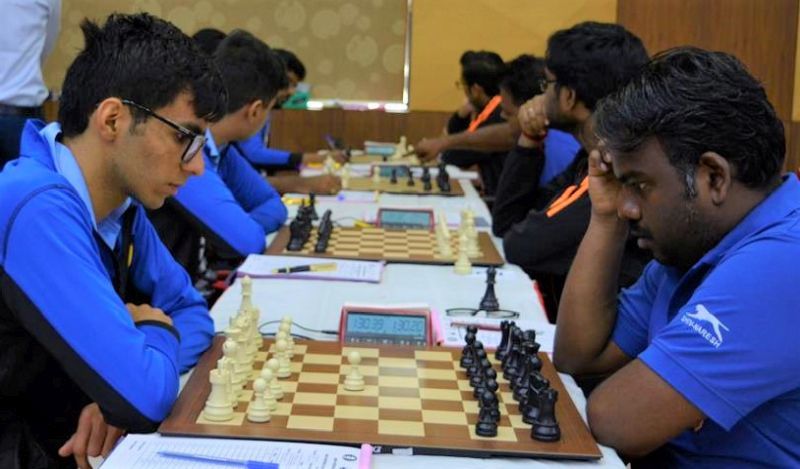 IM P Shyamnikhil lost to GM Abhimanyu Puranik after losing a pawn in the endgame.

Deepan scored a hard fought victory over Visakh N R. The game reached to a double knight vs rook endgame just after 33 moves, Deepan won the game using the correct technique and capitalized on Visakh's blunder in the next 31 moves. 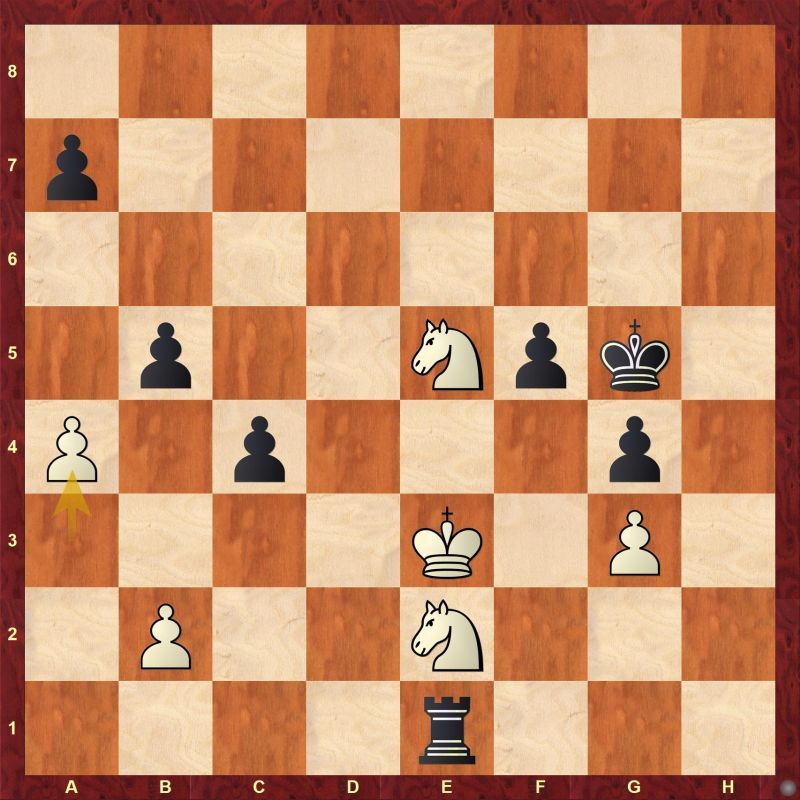 Find out the winning continuation after 49.a4 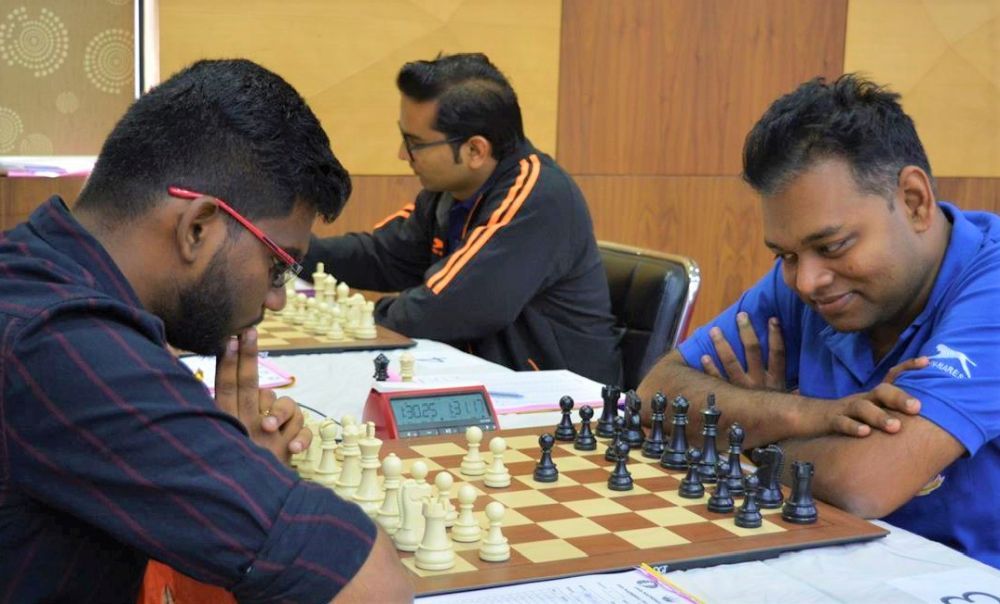 Any guesses what brought a smile on Deepan's face? | Photo: Gopakumar Sudhakaran 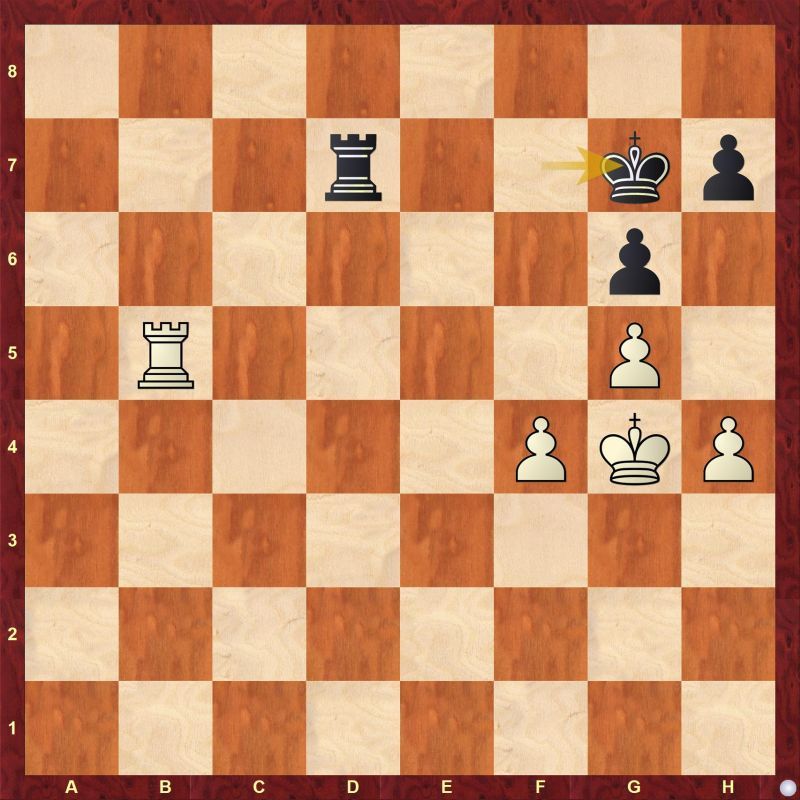 Find out the best continuation for white after 47...Kg7
Swapnil remains unbeaten in the tournament so far | Photo: Gopakumar Sudhakaran 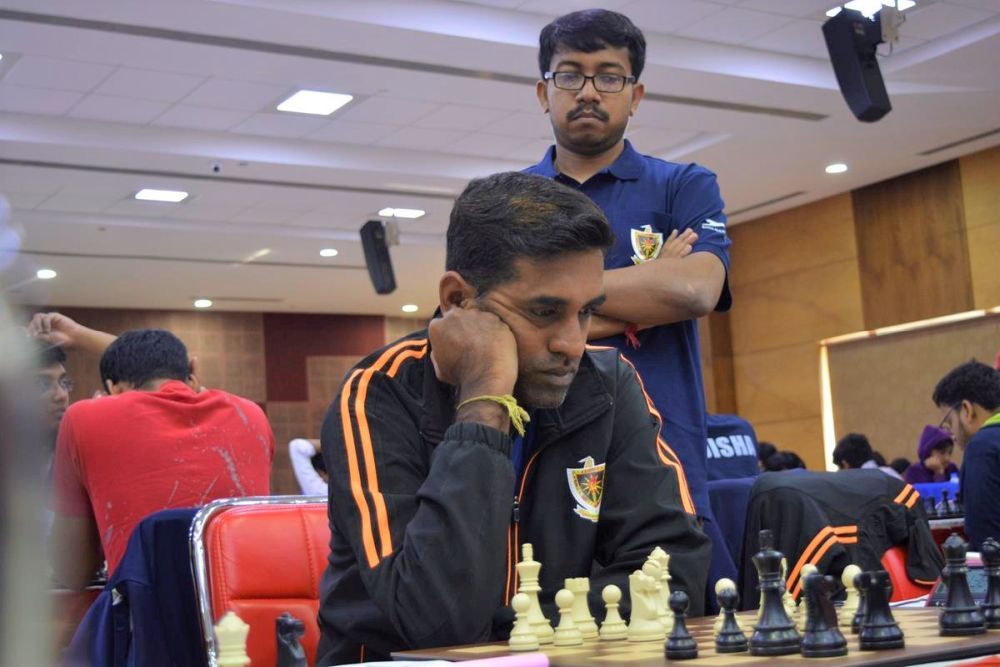 Arghyadip capitalized on Rahul's blunder in the end and provided the team an important victory.

PSPB Women's team clinched their third consecutive National Team's title with a round to spare. In the penultimate round LIC lost to PSPB 1.5-2.5, Soumya and Rakshitta scored the wins for the team, Mary drew with Kiran and Padmini lost to Swati. 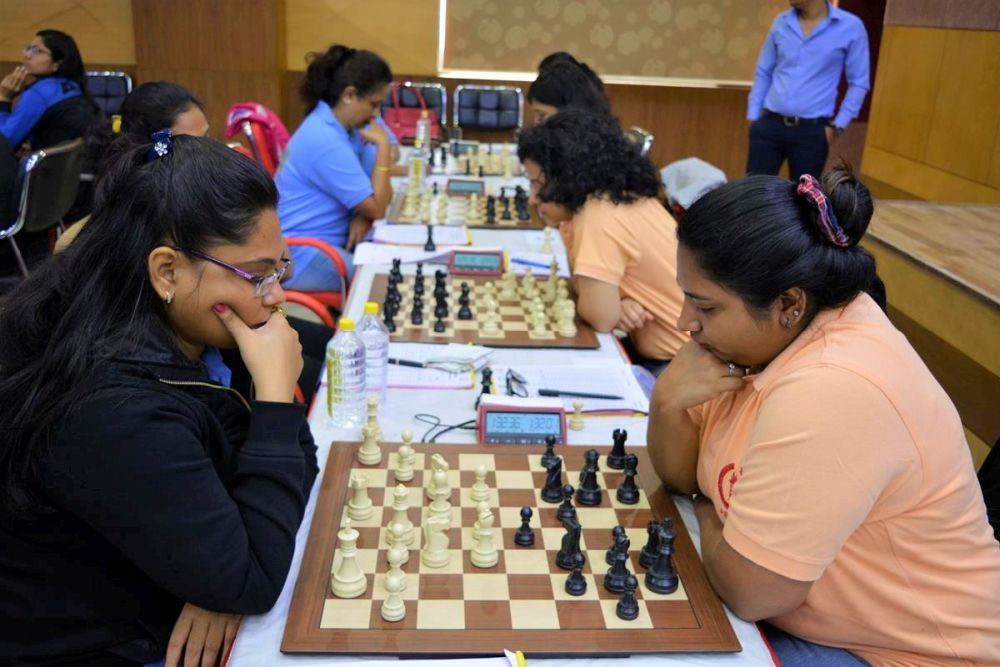 Padmini had a completely winning position against Swati. However she made an incorrect decision at a critical moment which allowed her opponent to equalize. 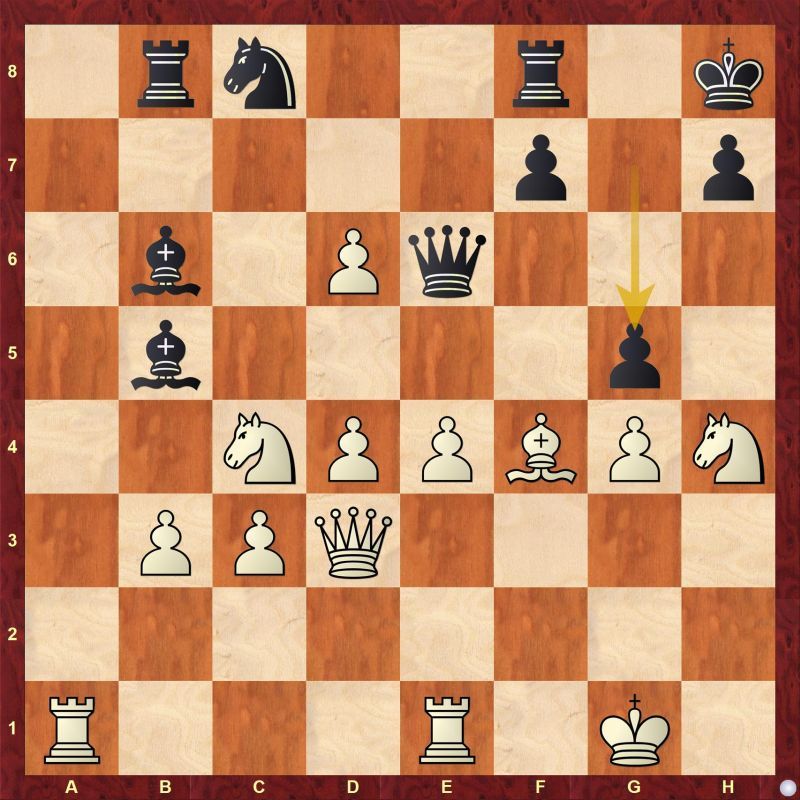 Find out the best continuation after 26...g5

Black has made a bluff with 26...g5, a final attempt to stir up trouble. White continued with 27.Nf5 which allowed black to get back in the game with 27...gxf4 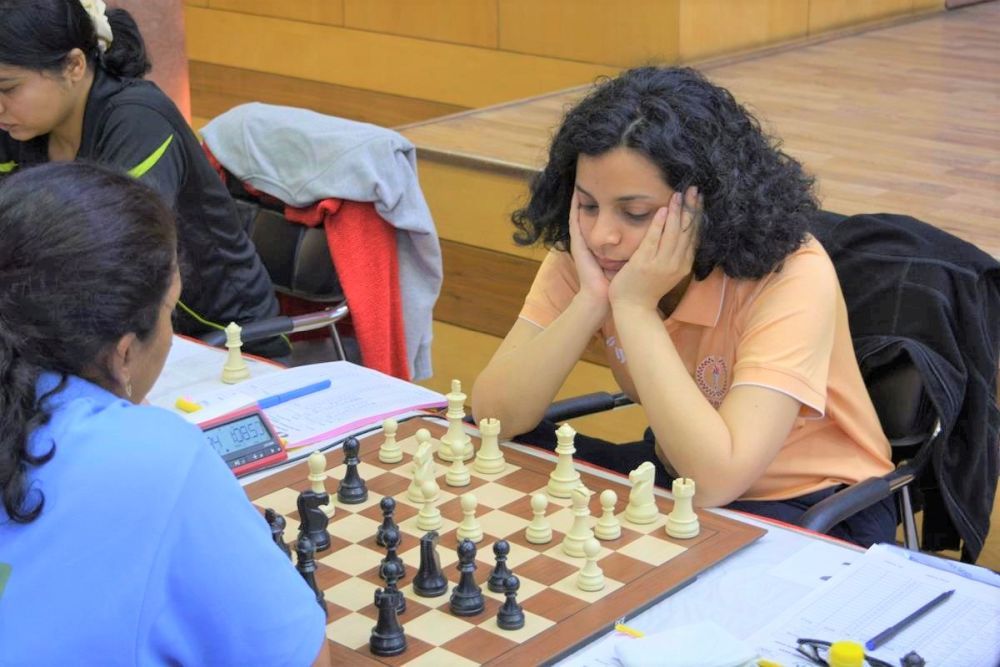 The fight for second place is still on as Air India beat AAI 3-1 to tie at the second spot with along with AAI, Tamil Nadu B and Telangana. Bhakti and Meenakshi beat Priyanka and Srija, Tania and Vijayalakshmi drew with Aakanksha and Nandhidhaa respectively.

Bhakti dominated in her game against Priyanka as the latter misplayed the opening and then couldn't get back in the game.

Tamil Nadu B defeated Tamil Nadu A 3.5-0.5 and Kerala lost to Telangana 1.5-2.5 to join AAI and AI at the shared second place heading into the final round.

Round 8 results in Open

Round 9 pairings in Open

Round 6 results in Women

Round 7 pairings in Women