AAI maintained their lead by beating Air India by 3-1. Only IM Harshit Raja of AAI suffered a loss against GM Srinath Narayanan of AI. PSPB defeated Telangana 3-1 without losing a single game. GM Abhijeet Gupta and GM Lalith Babu were held to a draw by GM Harsha Bharathakoti and IM Rahul Srivatshav P respectively. RSPB A whitewashed Odisha B by 4-0 and Gujarat D lost to RSPB B by 0.5-3.5. In the Women's section, PSPB and Tamil Nadu B are the leaders at the conclusion of Round 3. PSPB defeated AAI by 2.5-1.5, Mary Ann Gomes was held to a draw by Priyanka Nutakki and Rakshitta Ravi lost to Srija Seshadri. Tamil Nadu B defeated Air India. Tania Sachdev was the only victor from her team in Round 3. Photo: IA Gopakumar Sudhakaran

Adhiban made a strong comeback and completely unleashed his 'Beast mode' on the board against already off-form GM Arjun Erigaisi of Telangana. Karthikeyan Murali also scored another victory this time over FM Vinay Kumar. Abhijeet Gupta and Lalith Babu was held to a draw by GM Harsha Bharathakoti and IM Rahul Srivatshav P respectively. Thus resulting in PSPB winning against Telangana by 3-1. 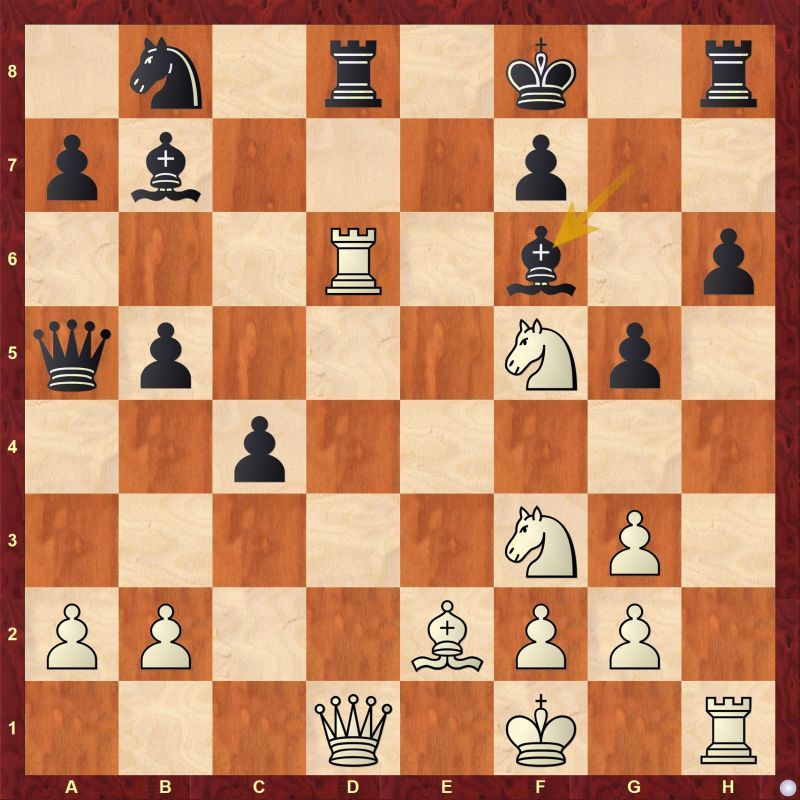 Adhiban in his typical way pounced at the opportunity and played 21.Nxg5. Obviously the knight cannot be taken for dire consequences. Arjun continued with 21...Qb6. 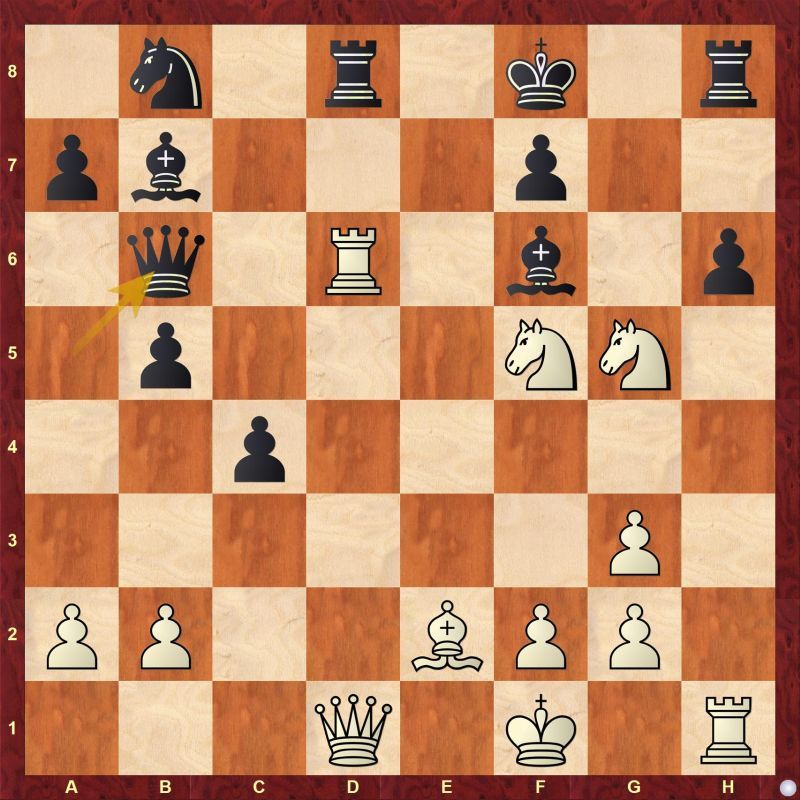 Find out the best continuation for white after 21...Qb6

White continued with 22.Nxf7 and rest was just a matter of technique for convert it into a full point. 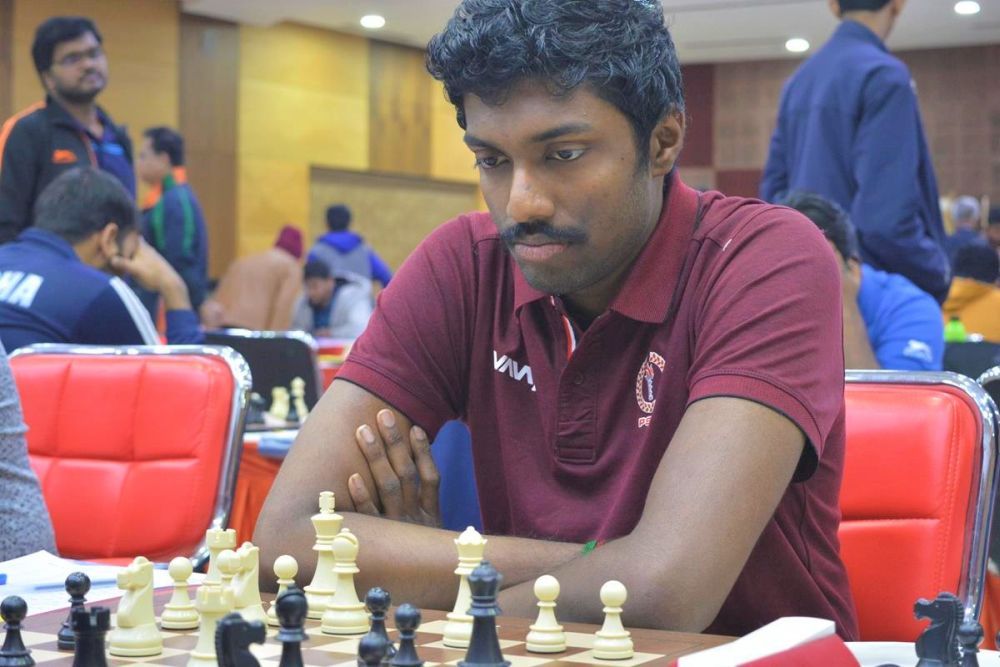 Harsha Bharathakoti (2495) played some solid chess to hold Abhijeet Gupta (2608) to a draw. 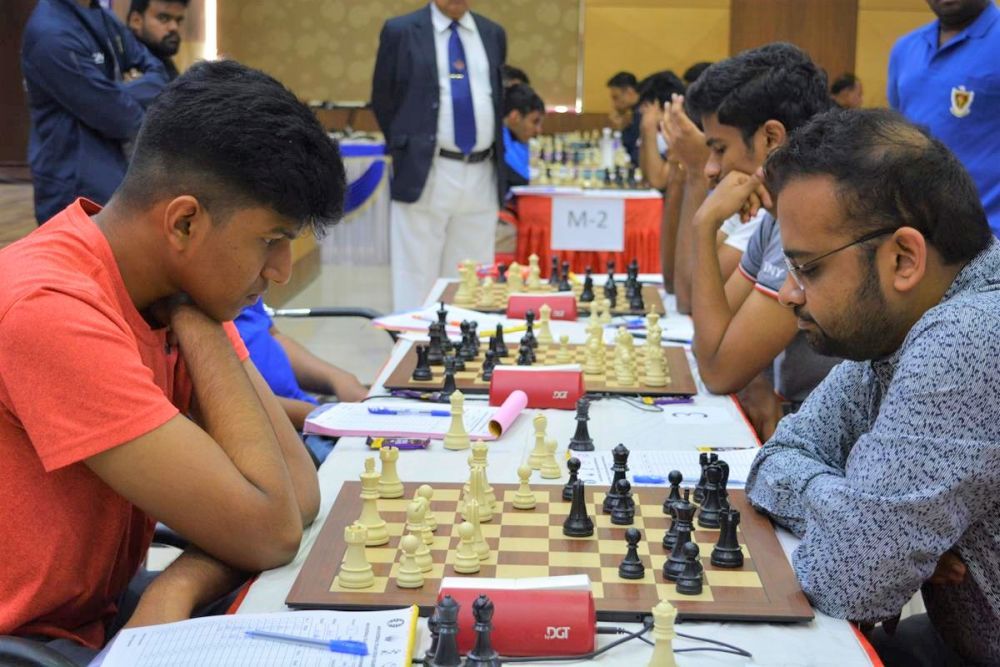 Karthikeyan made some right calls and registered another victory | Photo: Gopakumar Sudhakaran

Whenever the position seemed to go a bit out of hands, IM Rahul Srivatshav P (2474) managed to find resources and save the game. In a game where the Rook, Knight and few pawns endgame lasted for 32 moves out of the 63 moves played in the entire game, Rahul kept his cool and did not make any big mistake. 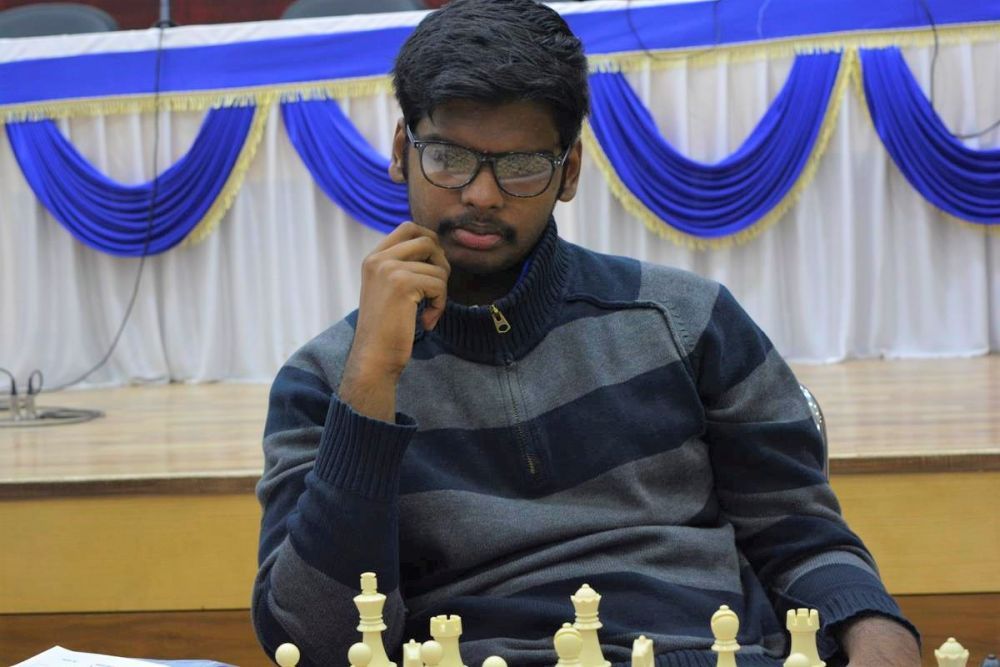 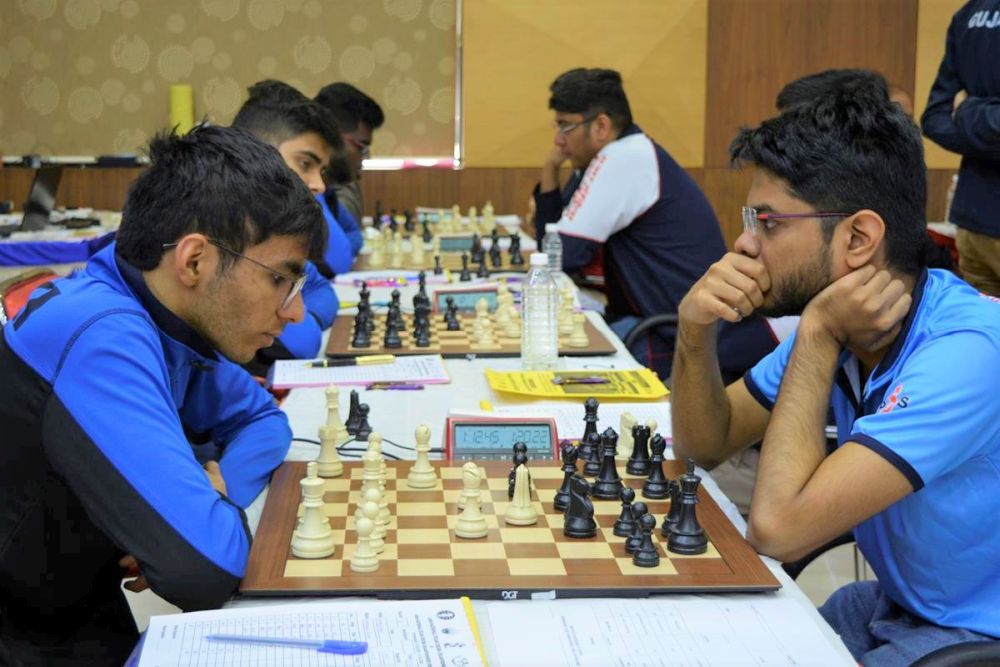 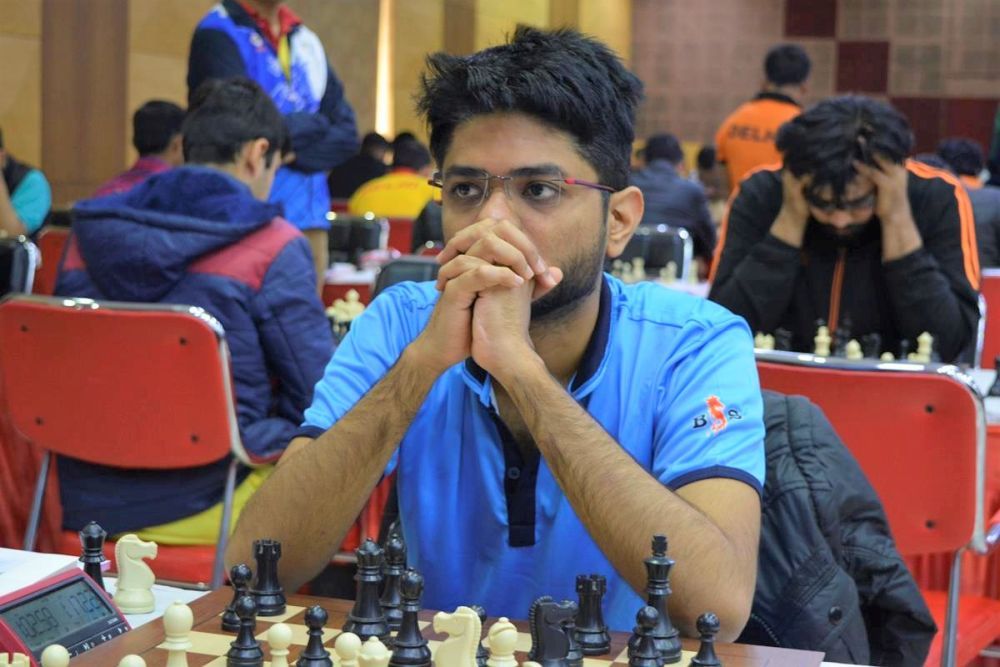 Srinath has won all four of his games | Photo: Gopakumar Sudhakaran

Satyapragyan blundered a pawn early in the Giuco Piano opening which made his position difficult to play. Abhimanyu was ready to launch an attack which eventually gave him total domination and won the game in just 29 moves. 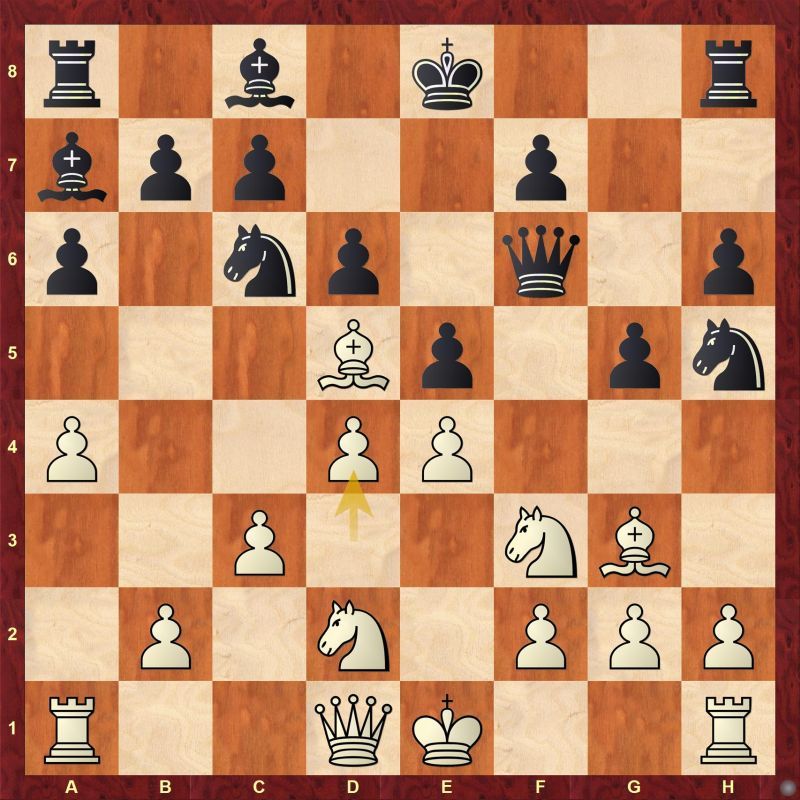 Abhimanyu opted for the correct continuation with 13...Nxg3 and gained the d4 pawn shortly. 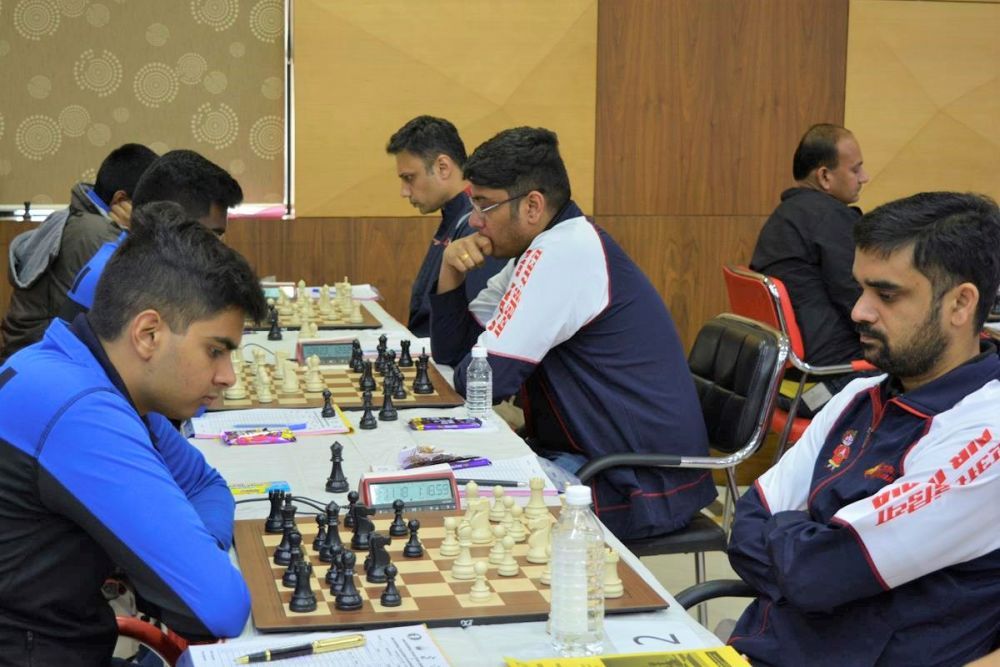 In an already difficult position, Swayams made a tactical error against Visakh N R. 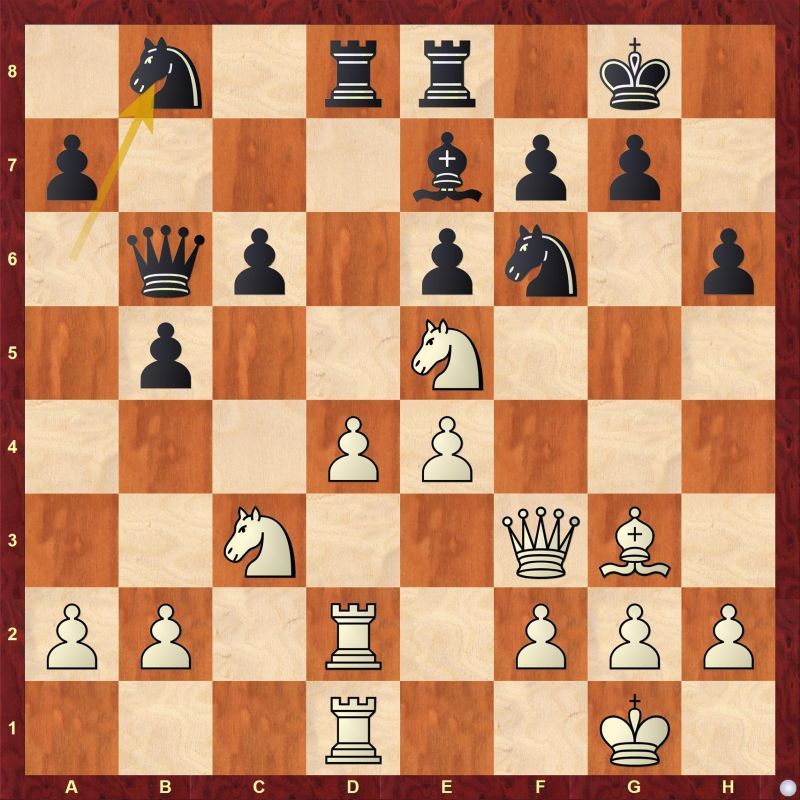 Visakh made the correct sacrifice with 23.Nxf7, however later he missed a relatively quicker victory. 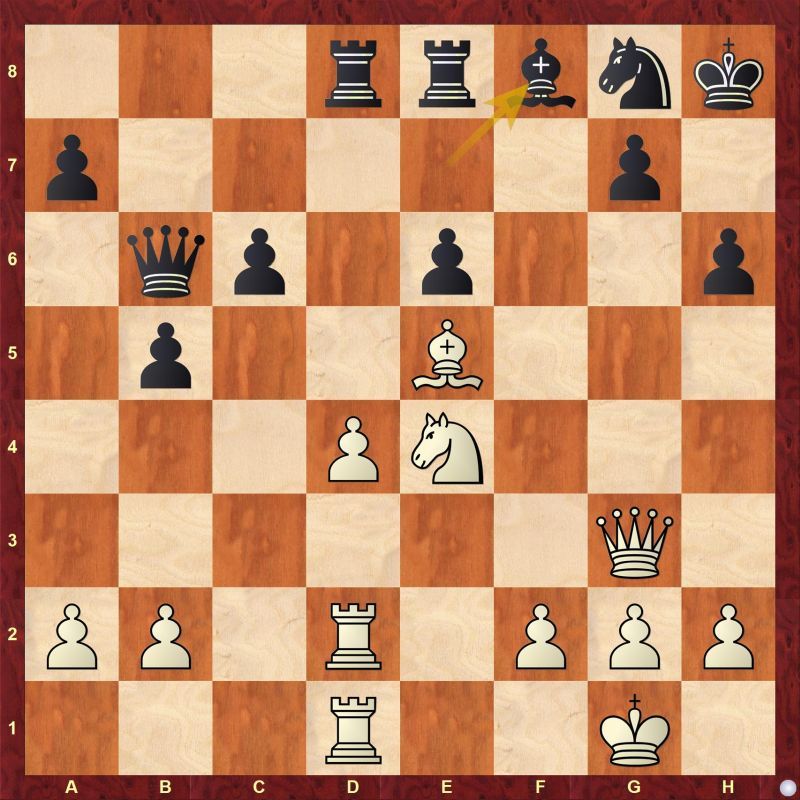 Find out the quicker victory for white after 29...Bf8 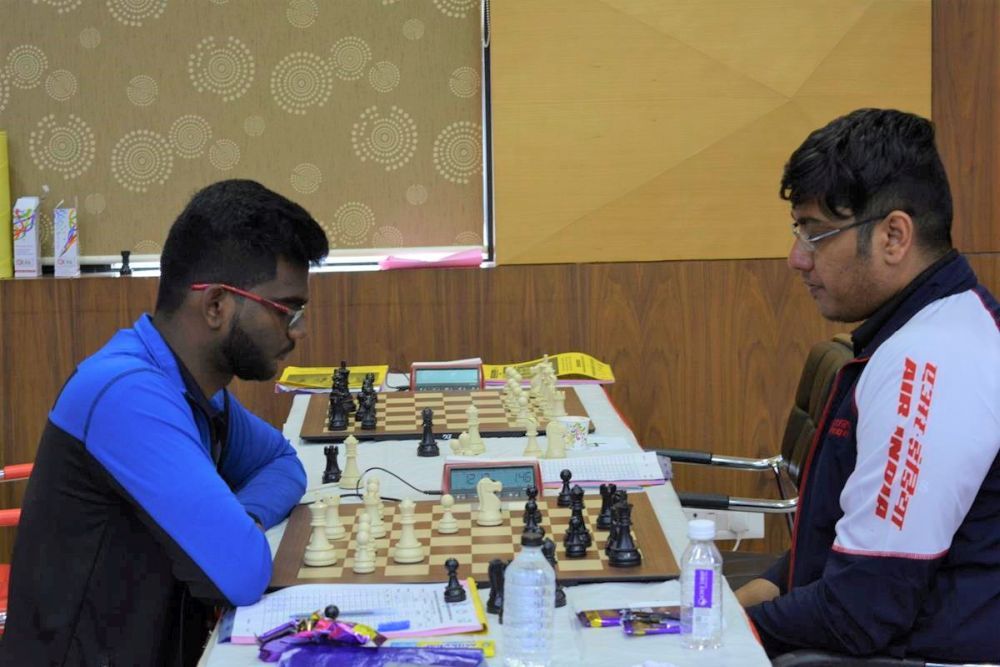 Despite getting a huge advantage out of the opening, GM Tejas Bakre was unable to capitalize on it against Harshavardhan G B who is lately on terrific form. 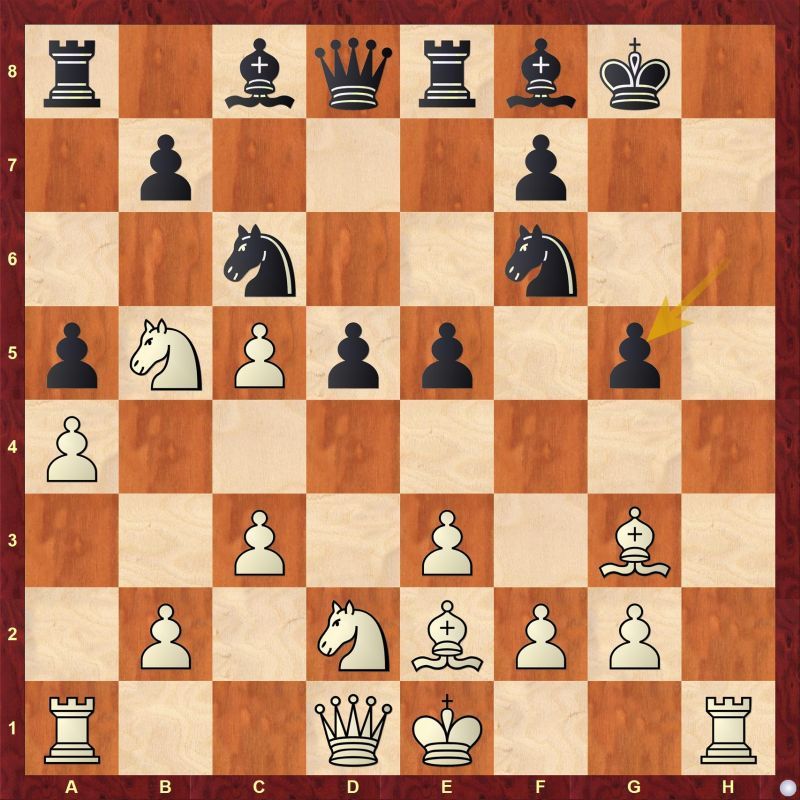 Find out the best continuation for white after 16...hxg5

White continued with 17.Nb3 and eventually the advantage faded. 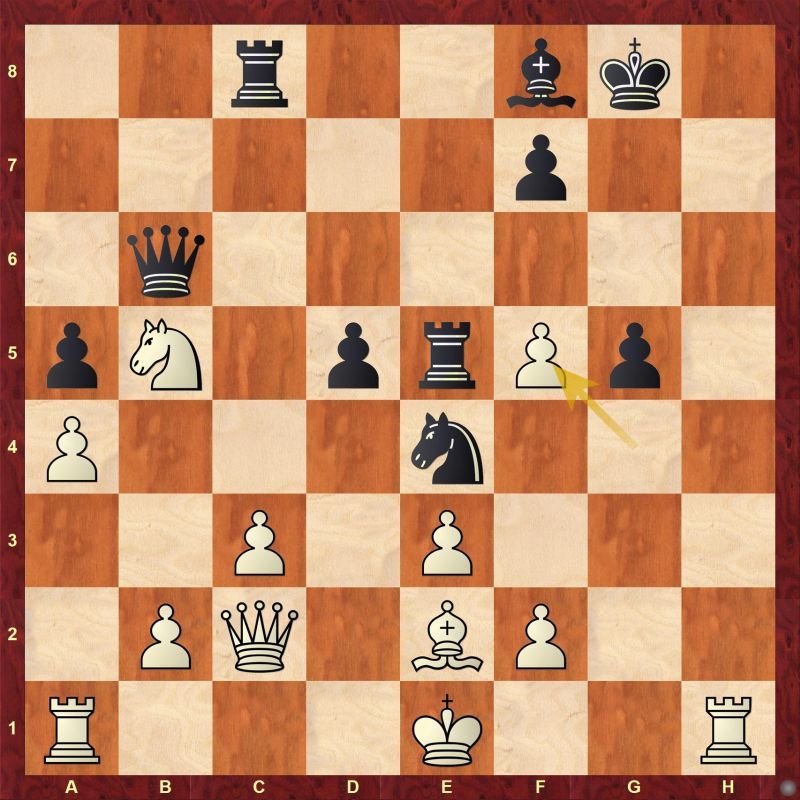 Harshavardhan got an opportunity after 25.gxf5 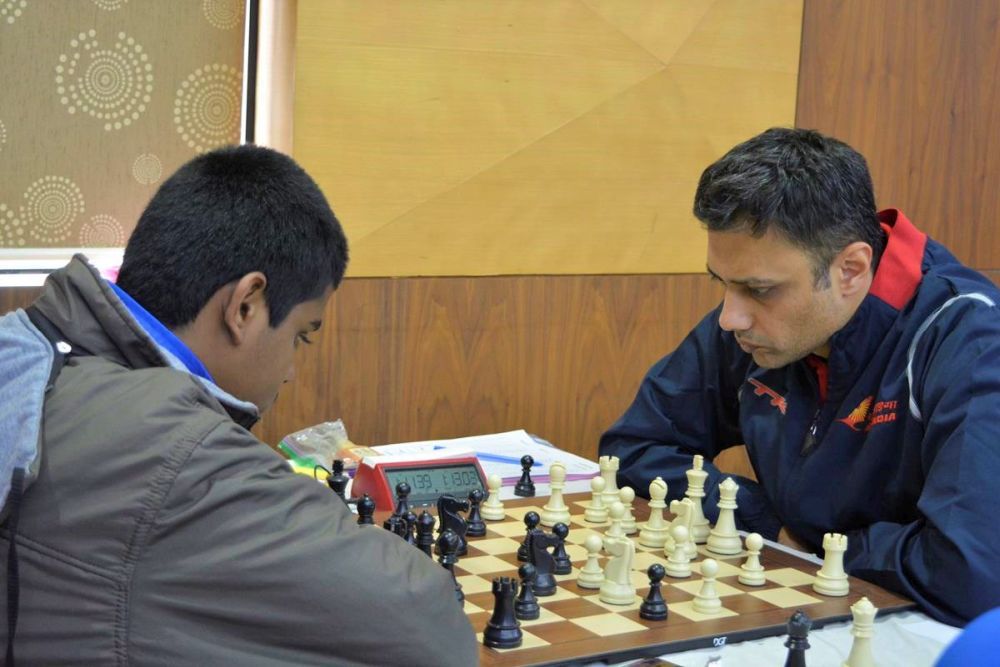 The average winning move per game for RSPB A against Odisha B was 30 moves. This just shows how strong RSPB A was against their opponents.

RSPB A defeated Odisha B with a clean score of 4-0 | Photo: Gopakumar Sudhakaran

Joy Chauhan (1864) of Gujarat D held IM C R G Krishna (2443) to a draw. He played quite solid and did not give any chances to his titled opponent. Joy's rest of the teammates lost their games, resulting in Gujarat D losing to RSPB B by 0.5-3.5

Joy will be happy to salvage a draw against C R G Krishna | Photo: Gopakumar Sudhakaran

Tamil Nadu B defeated second seed Air India by 3-1. IM Tania Sachdev scored the lone victory for her team as rest of the teammates lost their respective games.

The anchor of team LIC - Kiran Manisha Mohanty and Swati Ghate - both are undefeated so far | Photo: Gopakumar Sudhakaran