Top seed GM Wang Hao won the 9th HDBank International Open 2019. Despite starting the event with a draw, he scored 7.5/9 and won the tournament for the second time. GM Wen Yang of China and GM Stanislav Bogdanovich of Ukraine scored 7.0/9 each and were placed first and second runner-up respectively. GM Gukesh D also finished at 7.0/9 after he scored a convincing win over GM Megaranto Susanto of Indonesia in the final round. WIM Nandhidhaa P V finished at 6.5/9 and she was declared as the best woman player. She made her maiden WGM and IM norm in the tournament after missing it eight times before. The final report contains selected games, photos and videos from final round award giving ceremony. 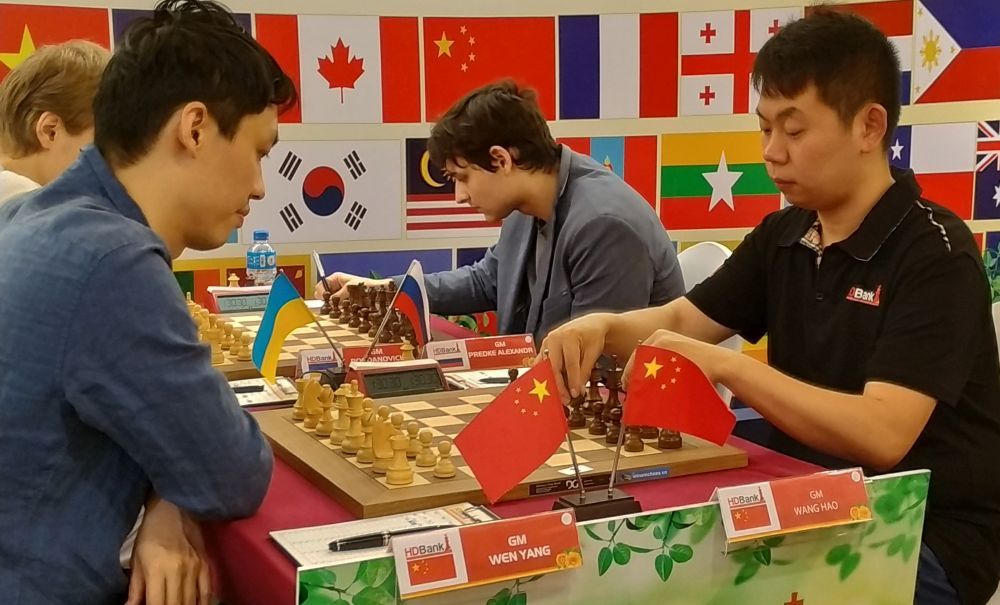 Wang Hao made a quick draw in the final round with fellow countryman GM Wen Yang to win the championship for the second time | Photo: Shahid Ahmed 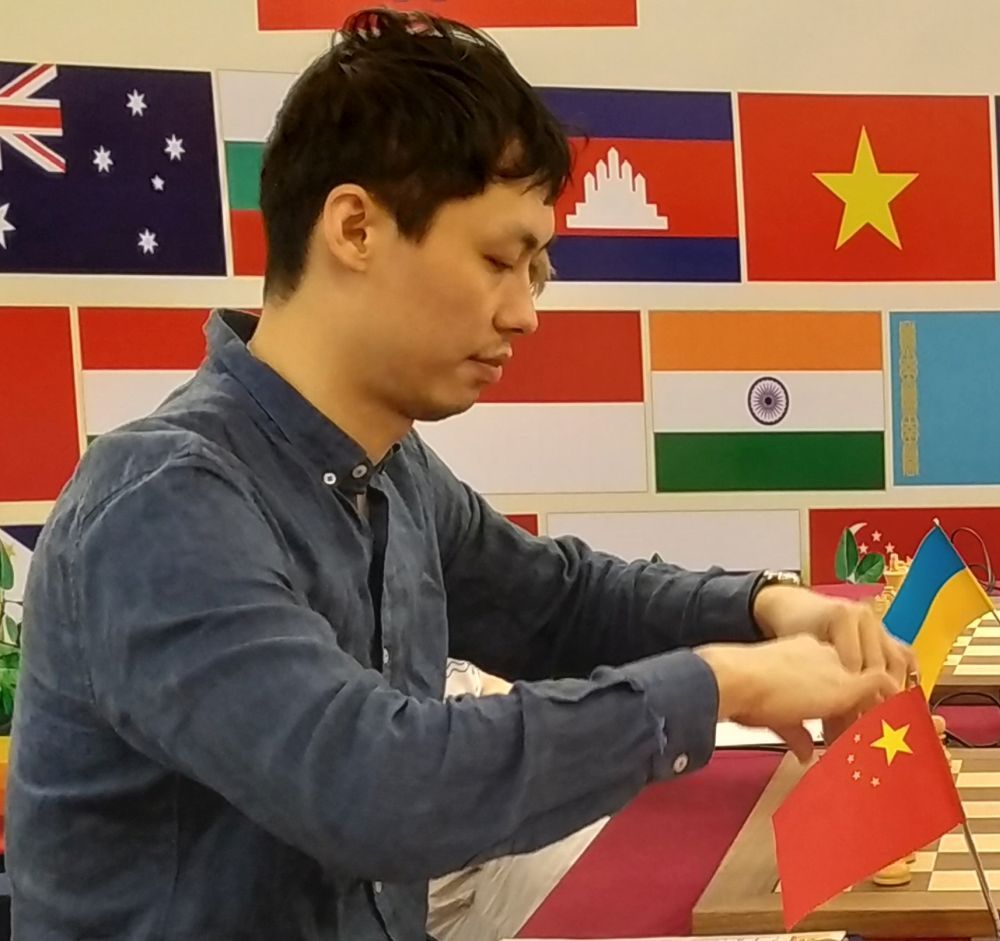 GM Wen Yang of China had a good tournament. He scored 7.0/9 with a performance rating of 2637 and finished at 2nd position ahead of... | Photo: Shahid Ahmed 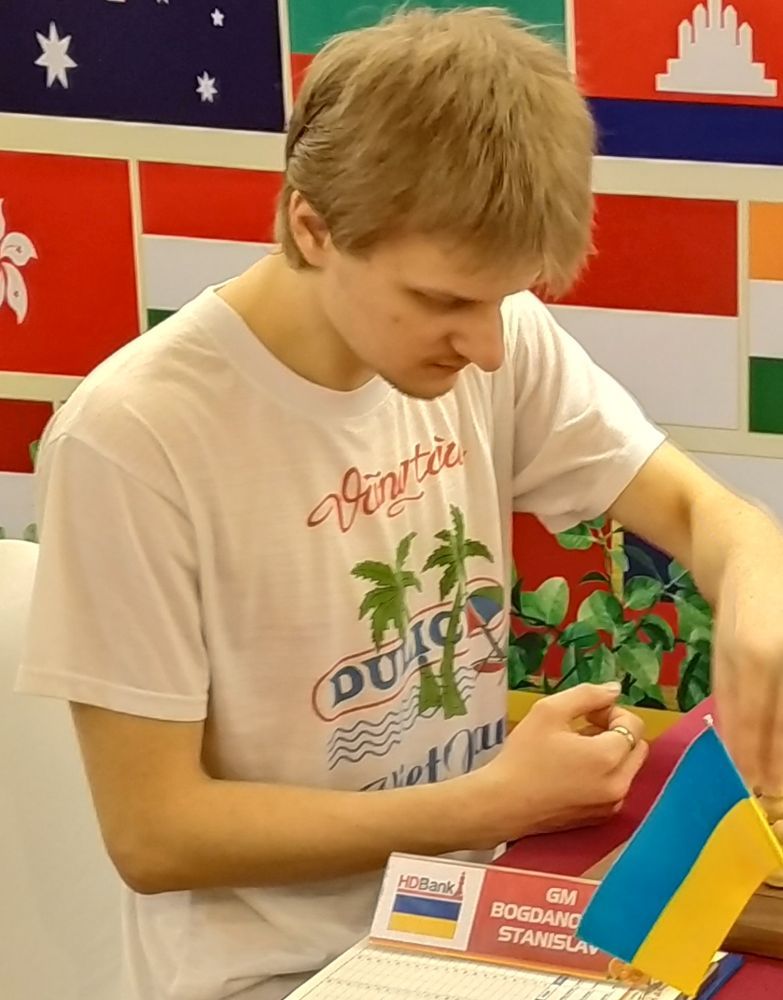 ...GM Stanislav Bogdanovich of Ukraine who also scored 7.0/9 and led until the penultimate round. Due to a lower tie-break score, he had to settle for the 3rd place | Photo: Shahid Ahmed

In the final round game against Alexandr Predke, Bodganovich kept pushing for a win until the end but it was not meant to be.

Bogdanovic talks about his last two round games, his blitz games and more | Video: Shahid Ahmed 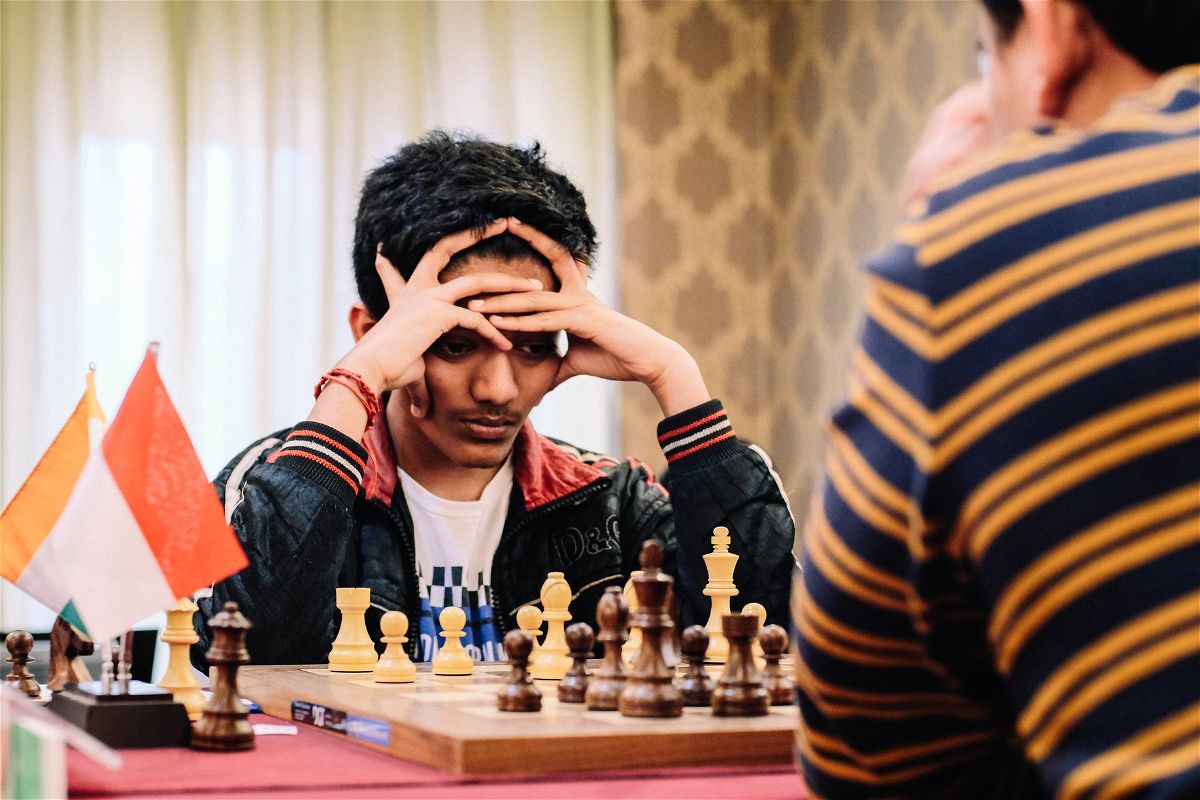 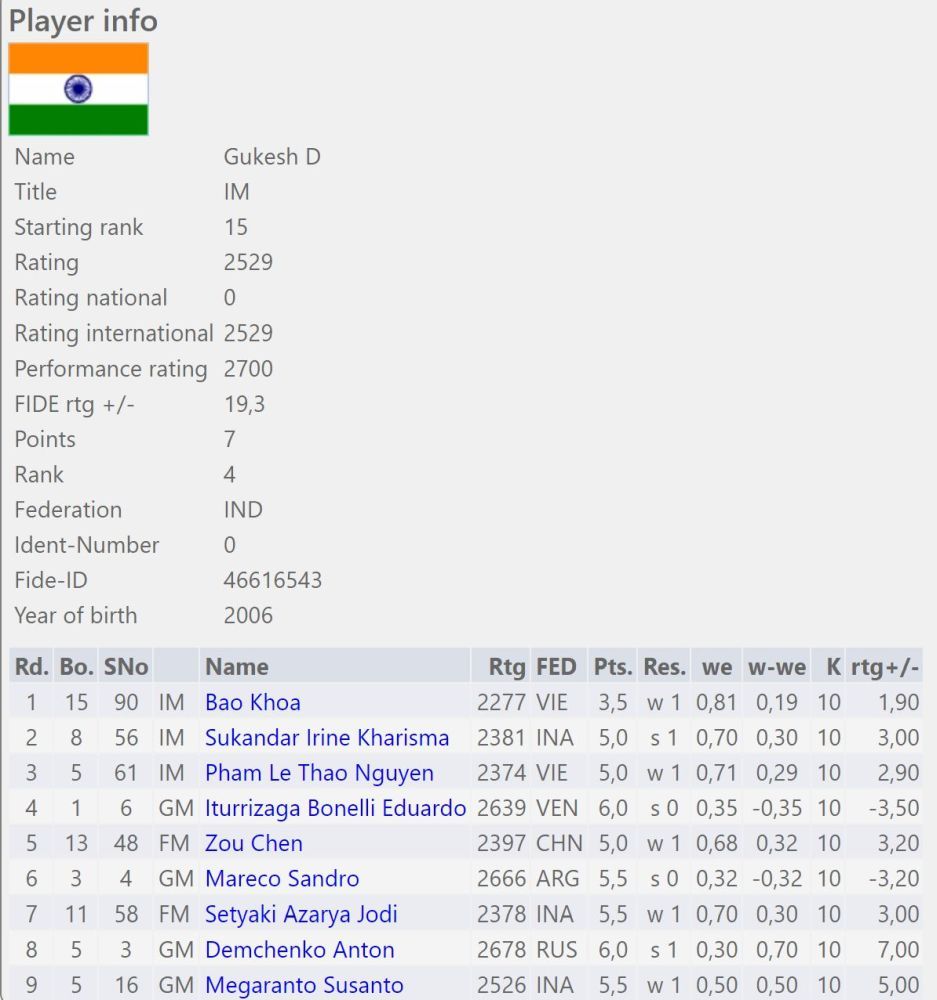 Gukesh performed at a rating of 2700. Look at his scorecard - not even a single drawn game. What a fighter!

Gukesh defeated GM Susanto Megaranto of Indonesia in Pirc Defence after he started picking up his opponent's Queen-side pawns in Pirc Defence and won the game in just 32 moves in the final round.

Gukesh talks about his performance in the tournament and more | Video: Shahid Ahmed 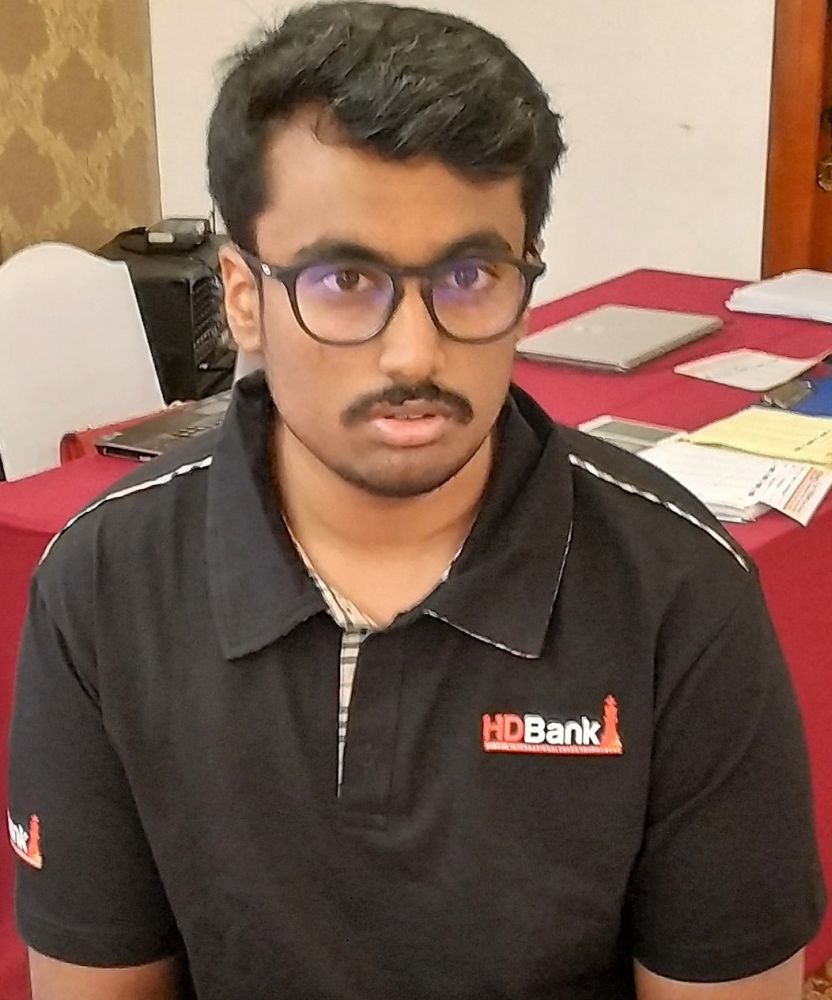 India's 55th GM Karthik Venkataraman is the other Indian who finished in top 10. He scored 6.5/8 with a performance rating of 2570 claimed the sixth place. He is gaining 9.5 Elo Rating | Photo: Shahid Ahmed 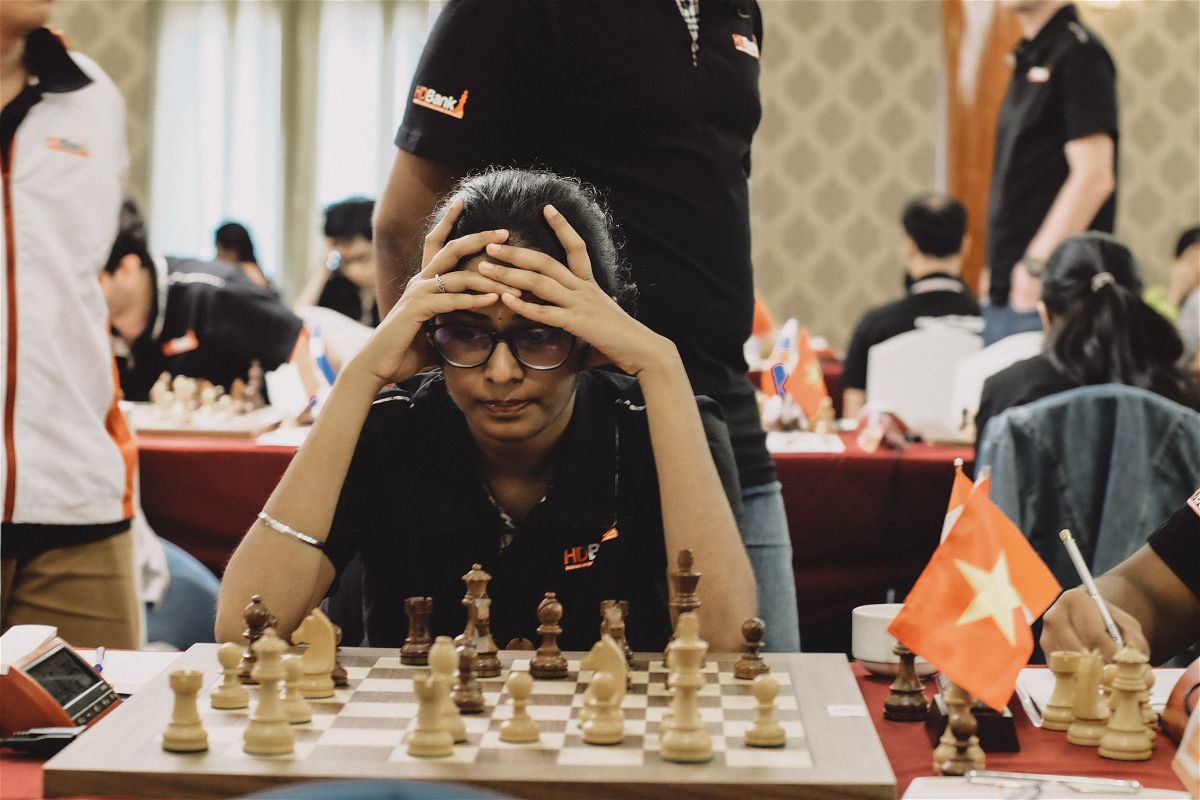 Nandhidhaa delivered a stellar performance and she was declared as the Best woman player of the tournament | Photo: HD Bank Facebook page 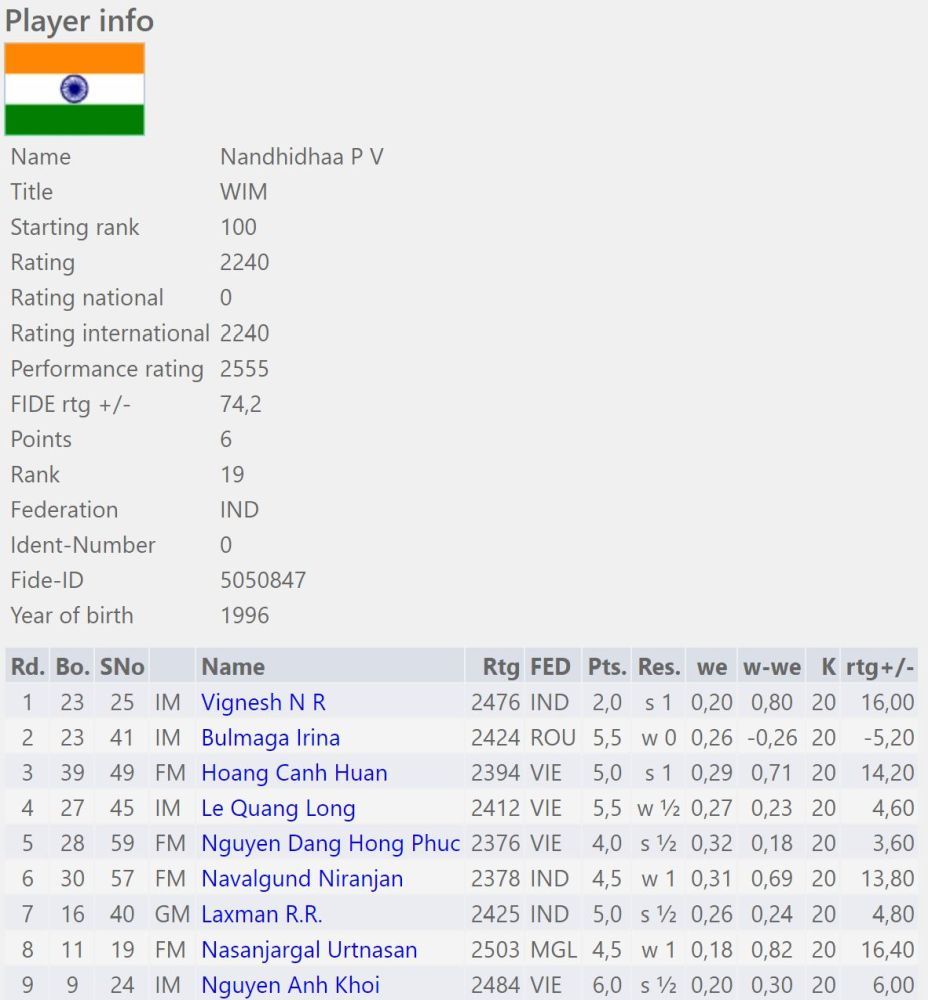 According to Nandhidhaa, her best game of the tournament was against FM Niranjan Navalgund from round 6. 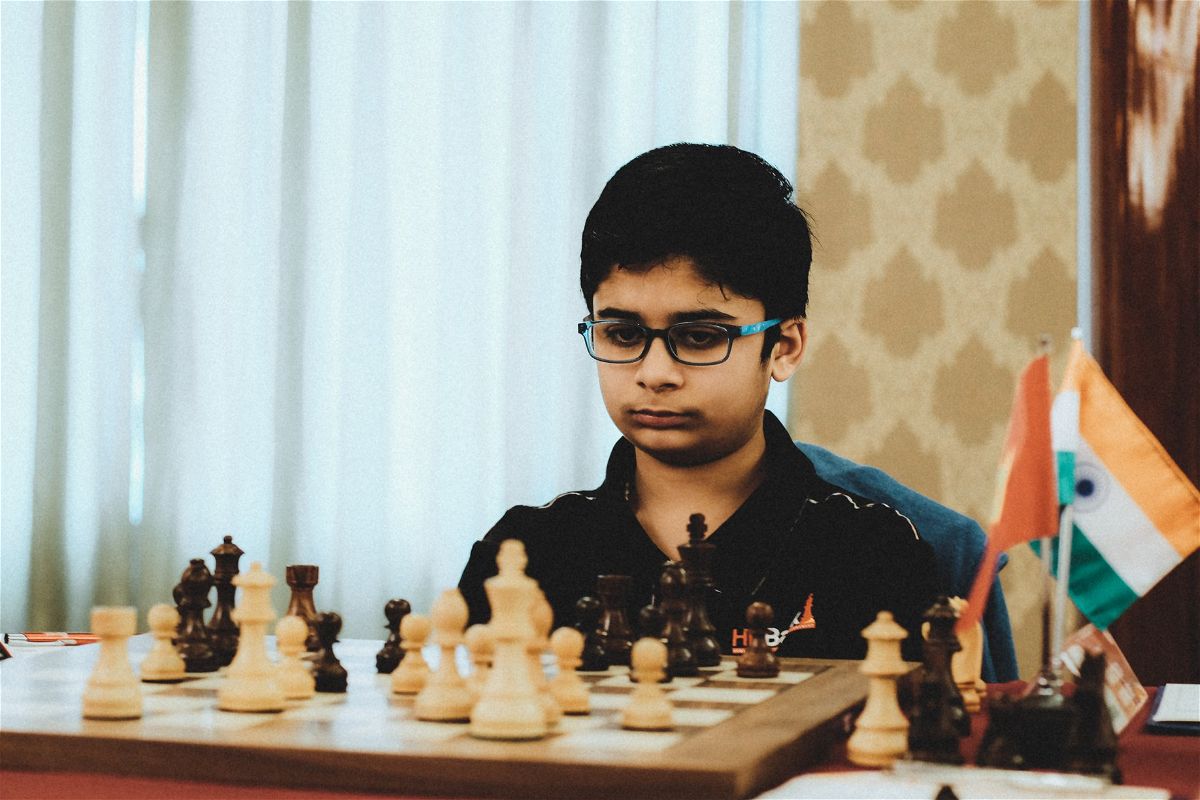 Leon's biggest takeaway from the event is drawing with the eventual runner-up of the tournament GM Wen Yang. A detailed interview and his record making journey of making three IM-norms in 17 days will be published soon | Photo: HD Bank Facebook Page 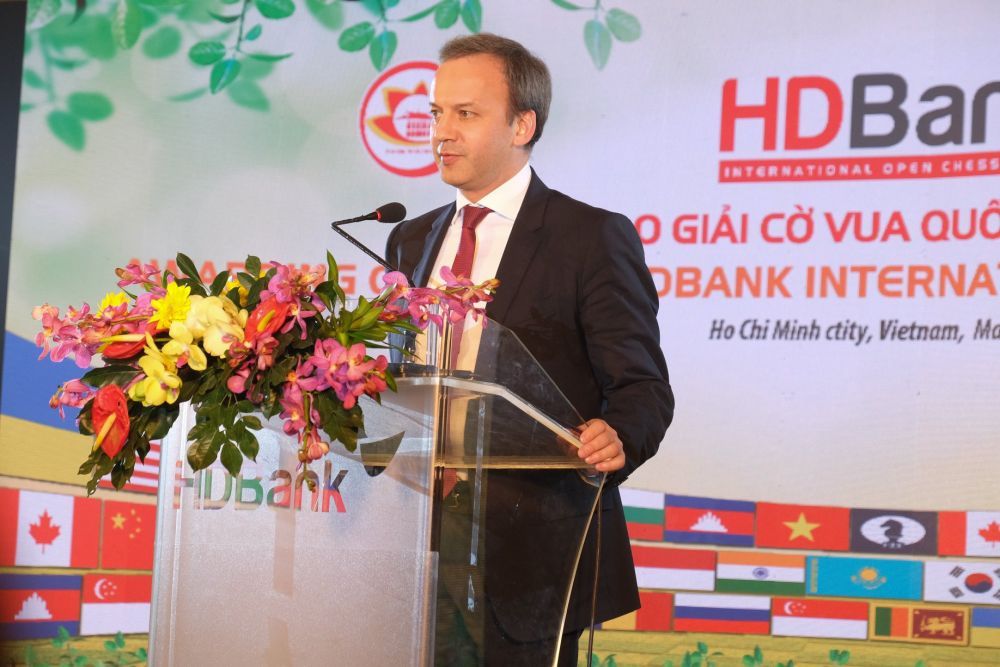 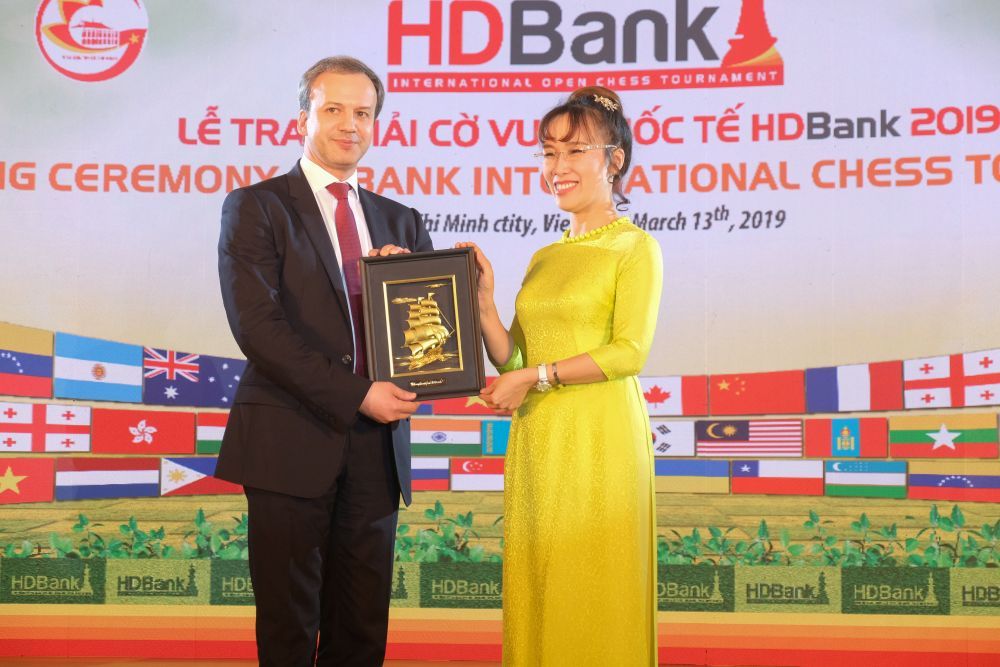 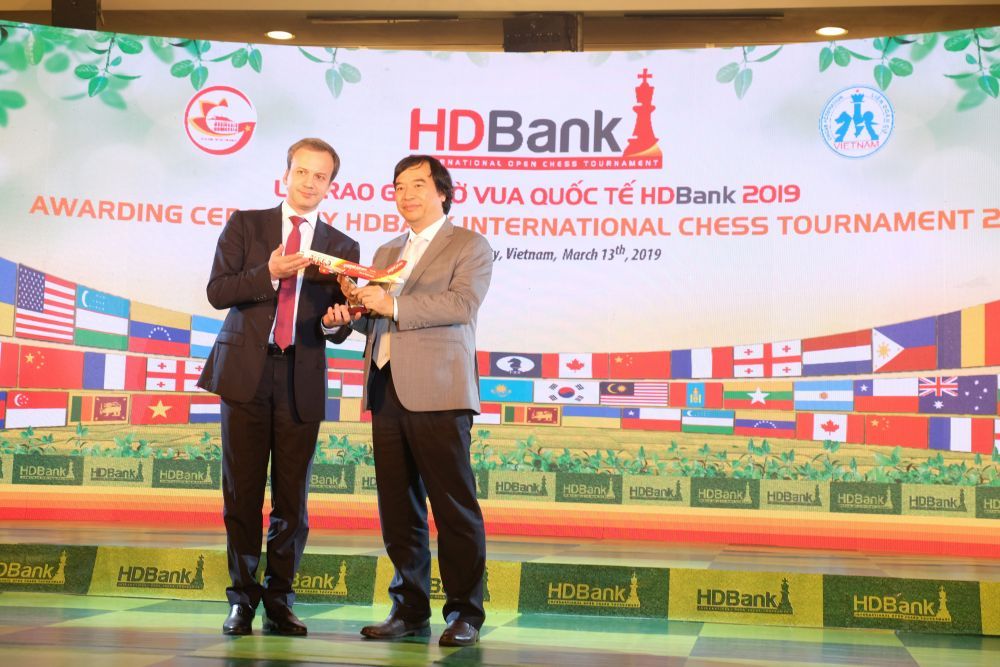 Vietjet model is being given as a token of appreciation | Photo: HDBank Chess Official album 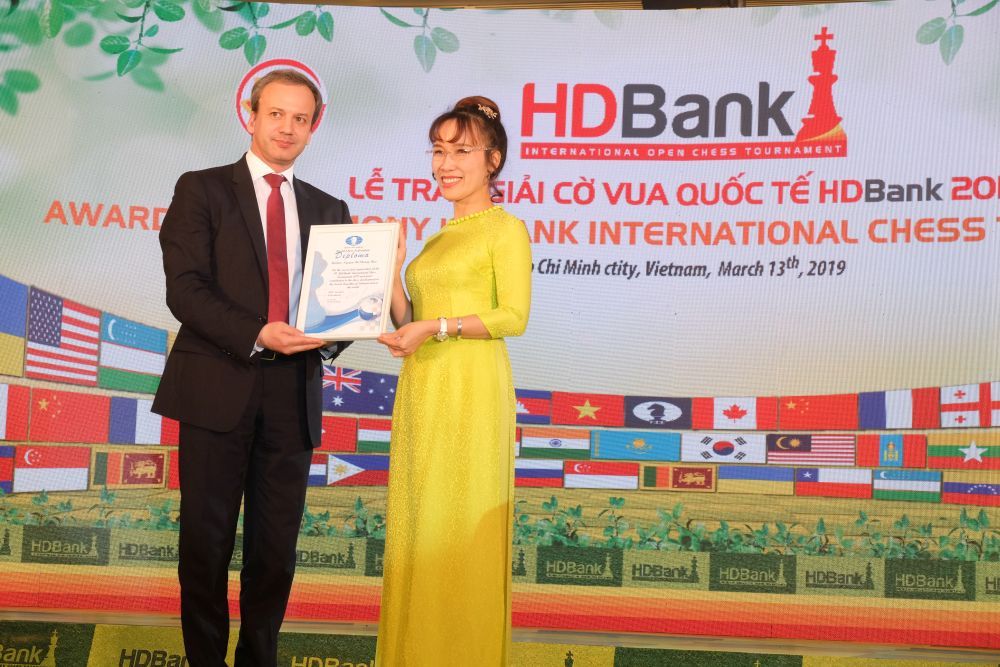 A Diploma Certificate was given to Nguyen Thi Phuong Thao for organizing the tournament | Photo: HDBank Chess Official album 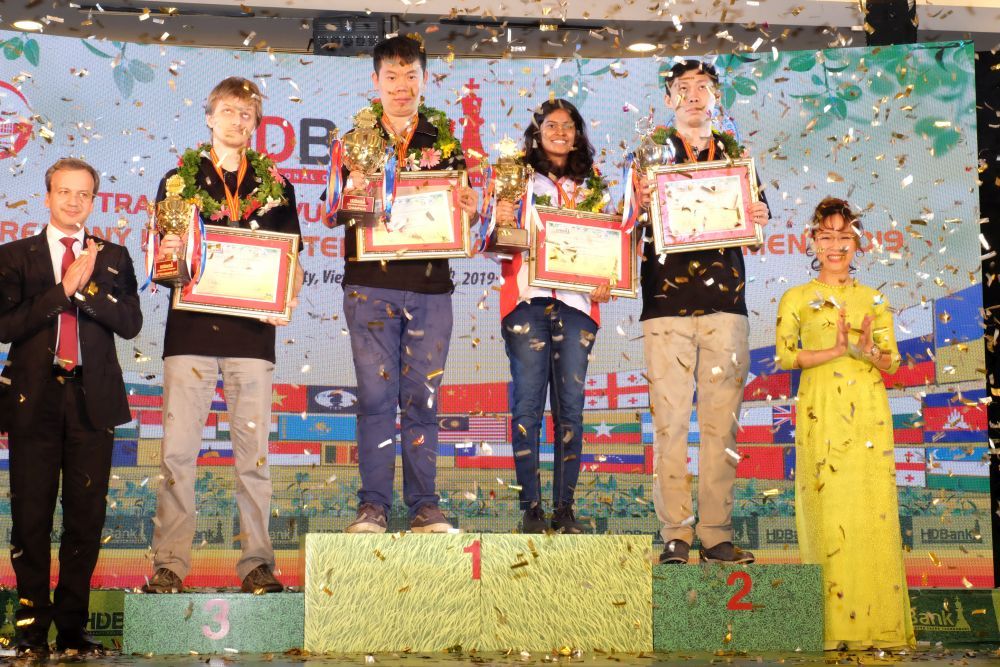 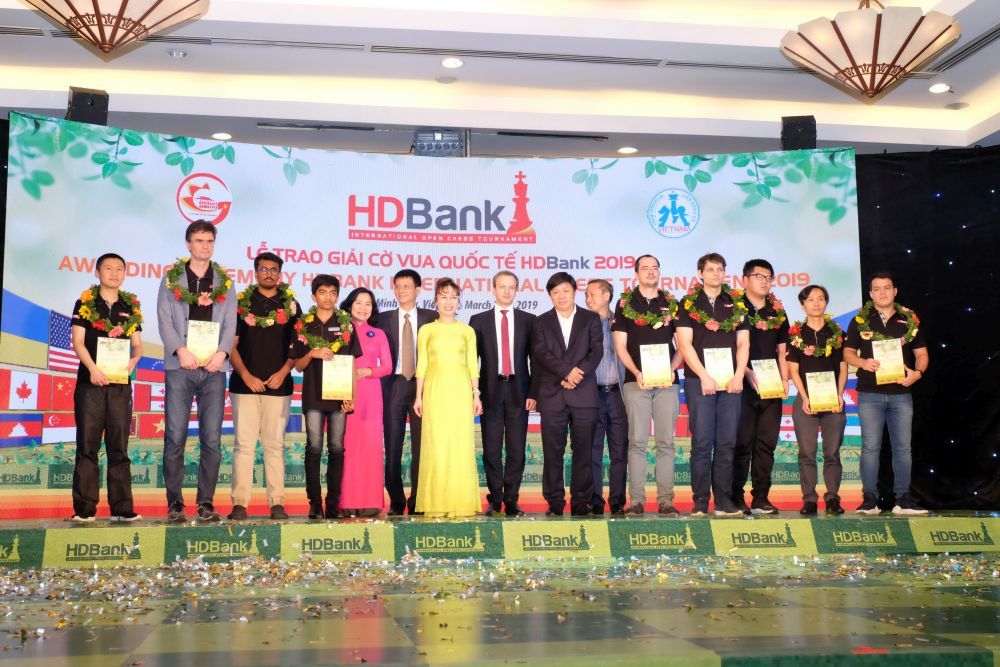 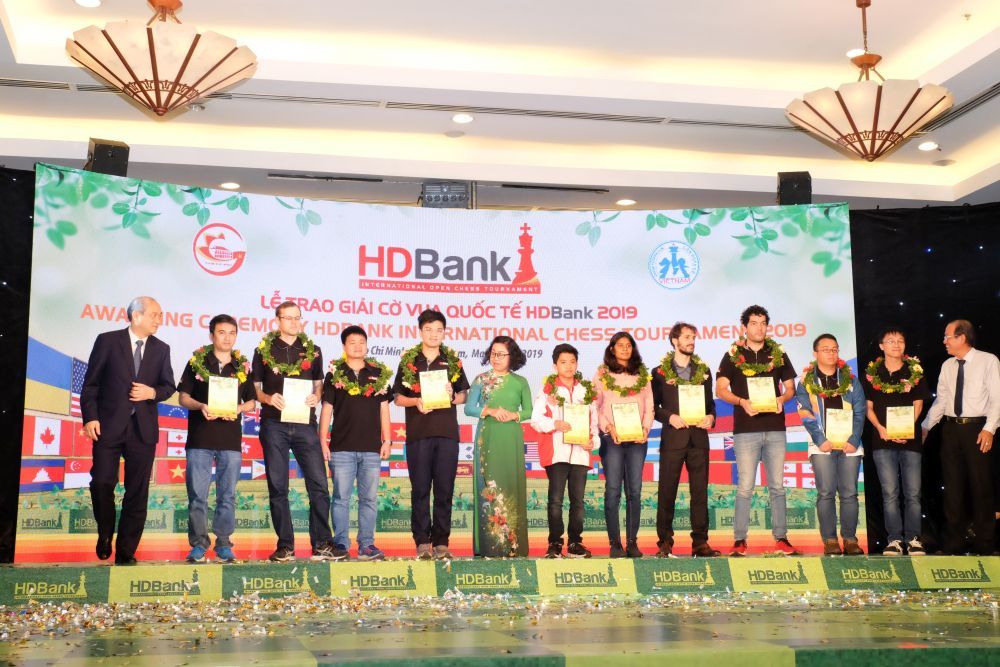 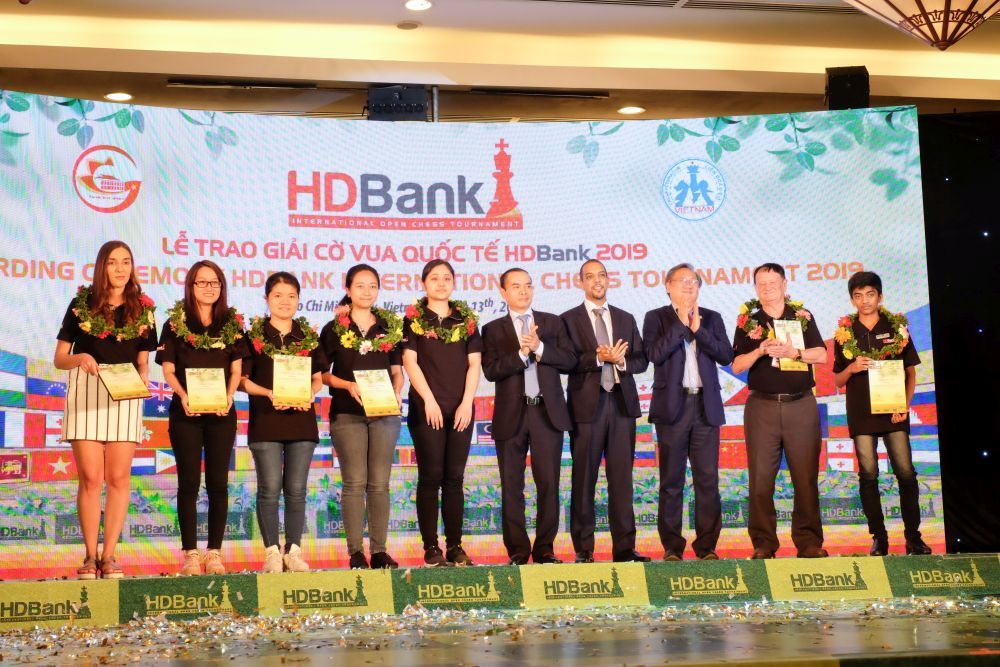 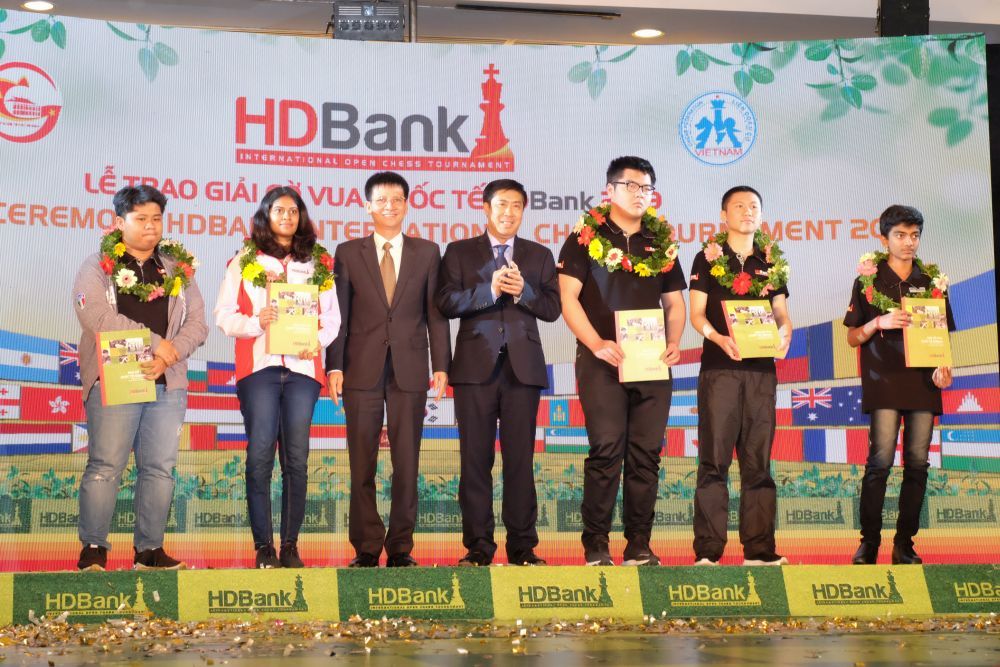 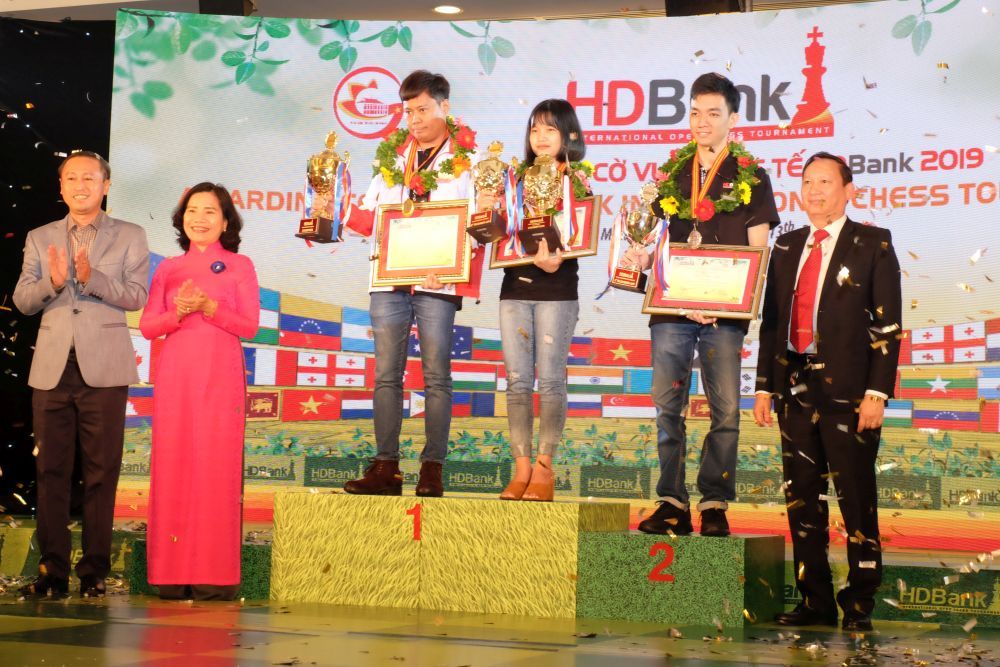 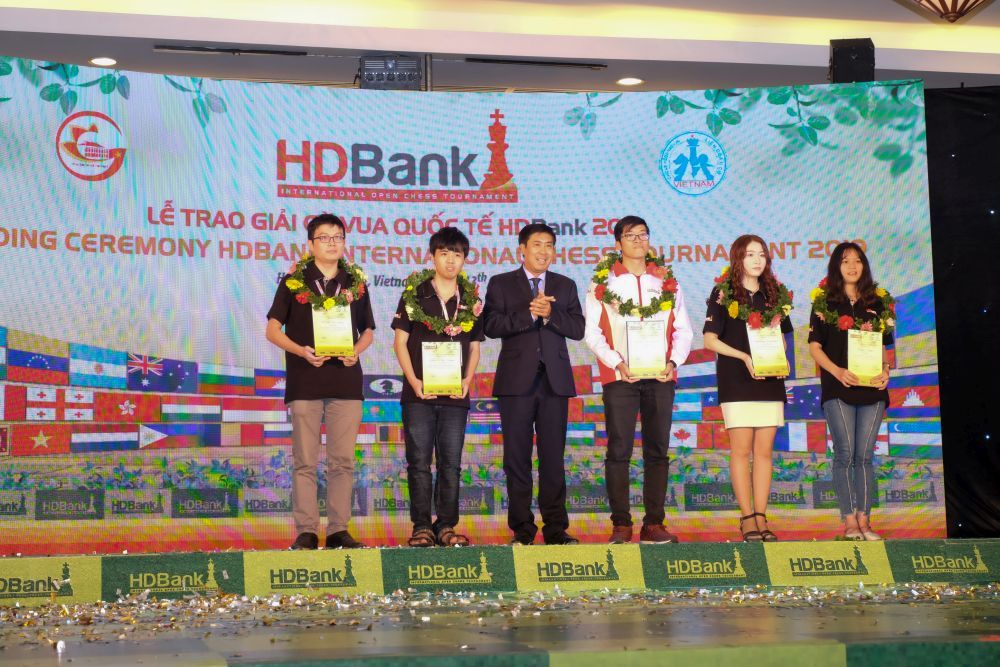 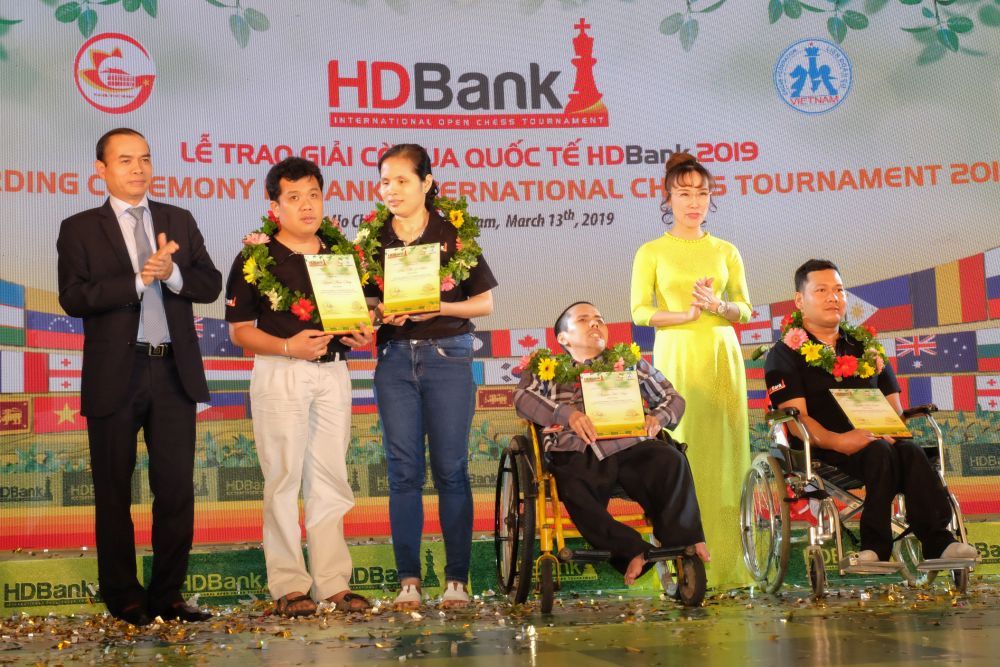 Special Awards were given to Visually and Physically Challenged players participating in the Challengers section | Photo: HDBankChess Official album 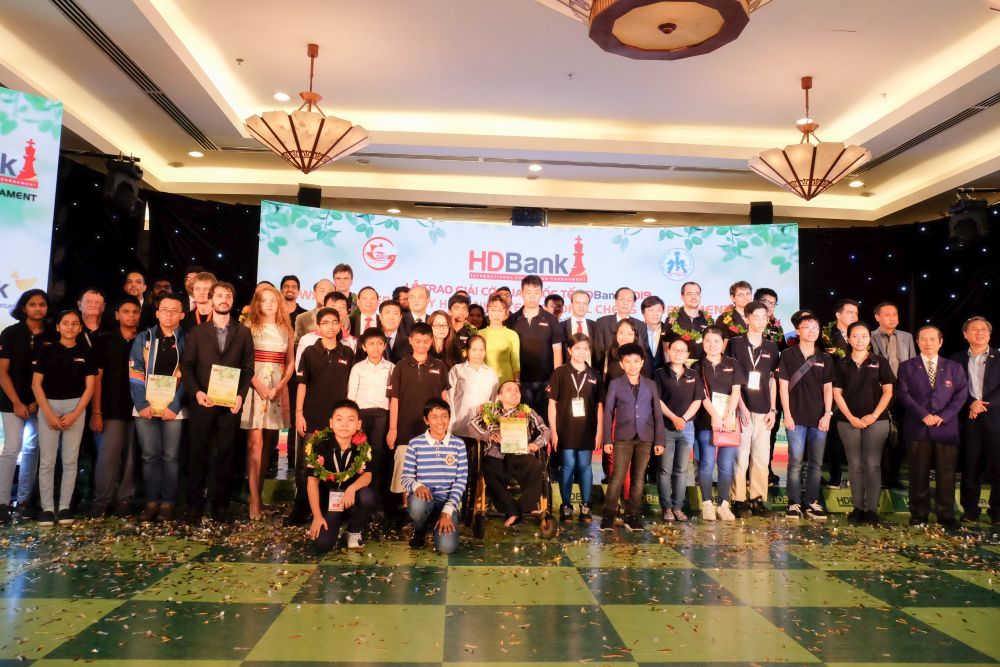 The Big Group photo involving all participants and the guests is certainly a nice gesture by the organizers | Photo: HDBank Chess Official album 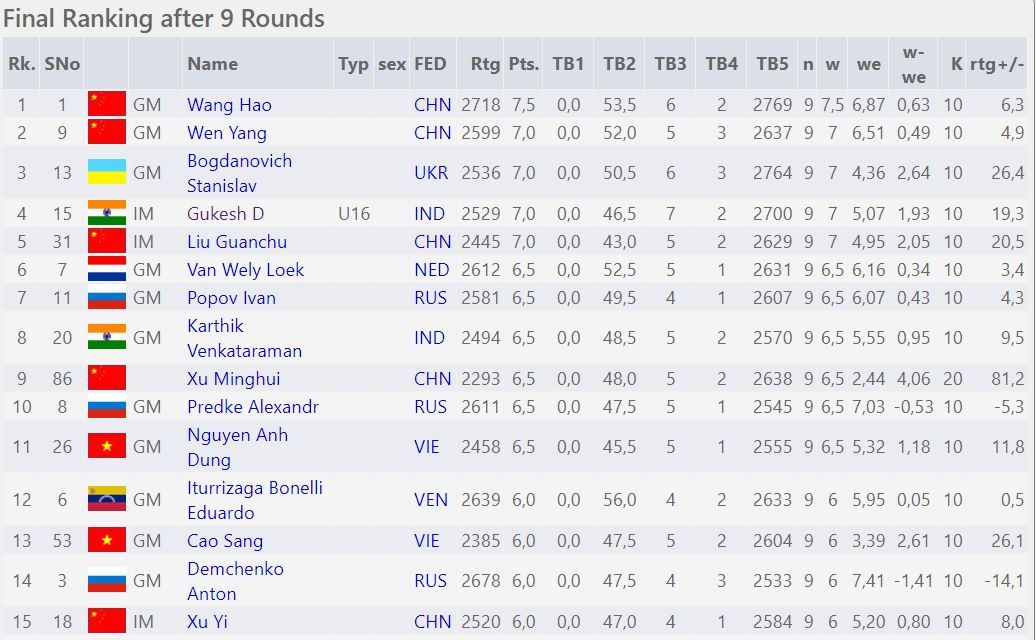