Venezuela no.1 GM Iturrizaga Bonelli Eduardo, GM Stanislav Bogdanovich, India's youngest GM Gukesh D and GM Sandipan Chanda are at 3.0/3 each, in a four-way lead at the end of round 3 in 9th HDBank International 2019. GM Laxman R R drew with the defending champion GM Sandro Mareco and IM Nitin S drew with second seed of the tournament GM Ivan Cheparinov in round 3. Untitled Sammed Shete drew with GM Loek Van Wely in round 2. IM Rakesh Kulkarni made a brilliant start by defeating GM Tu Hoang Thong in round 2 and drew with GM Laylo Darwin in round 3. The report contains selected games, photos and videos from round 2 and 3. Photo: Shahid Ahmed

Gukesh and Sandipan in four-way lead, Laxman holds defending champion to a draw in round 3 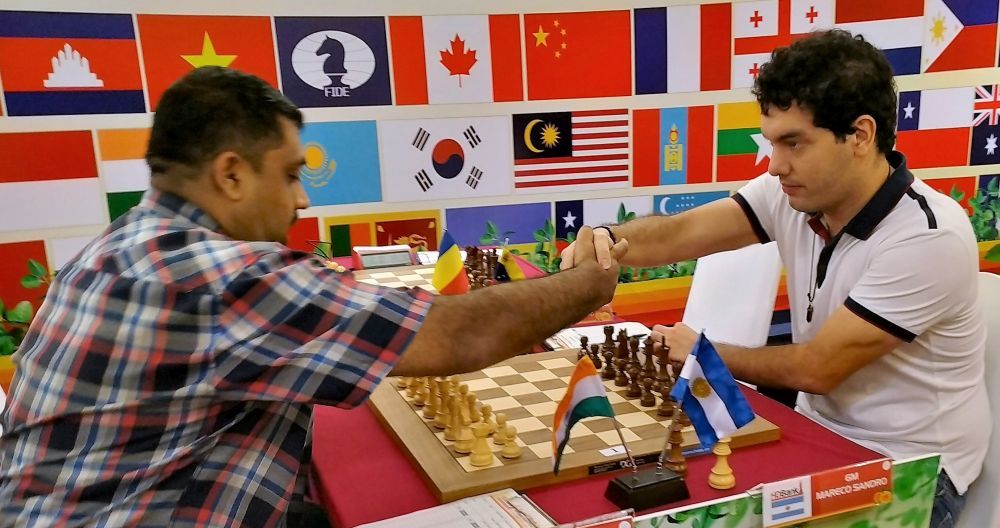 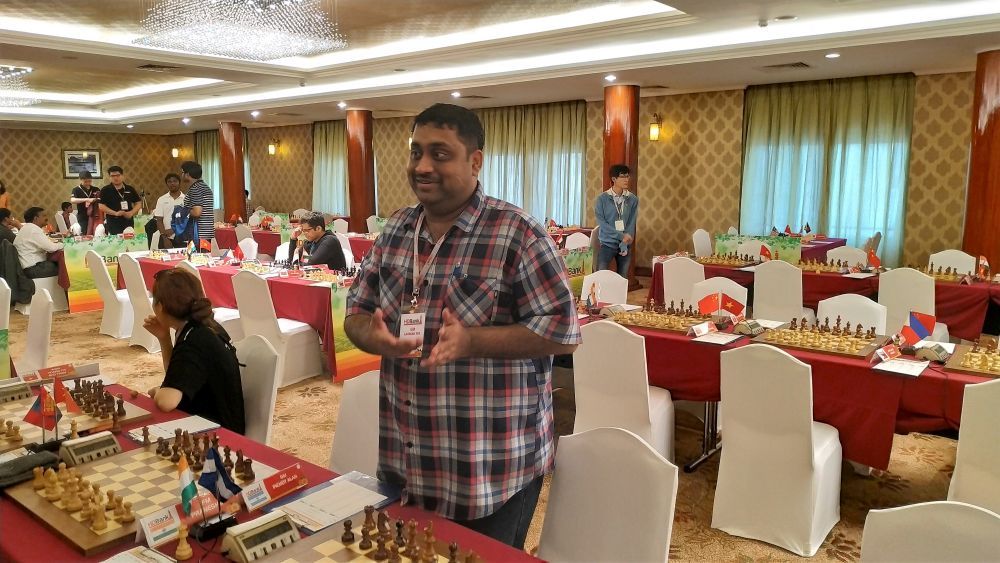 Laxman in good spirits before the match | Photo: Shahid Ahmed

Sandro equalized with Black pieces quite easily out of the opening Grunfeld Exchange variation. Pieces got exchanged at regular interval from move no.14 and a draw was agreed in another 13 moves in a Queen-Rook endgame.

One of the leaders at the end of round 3, Venezuela no.1 GM Eduardo speaks about the chess scene in Venezuela, his games in the tournament and more.

Eduardo playing with Black pieces, sacrificed a Knight for three pawns and a huge initiative which became surmountable for Irina to defend eventually. 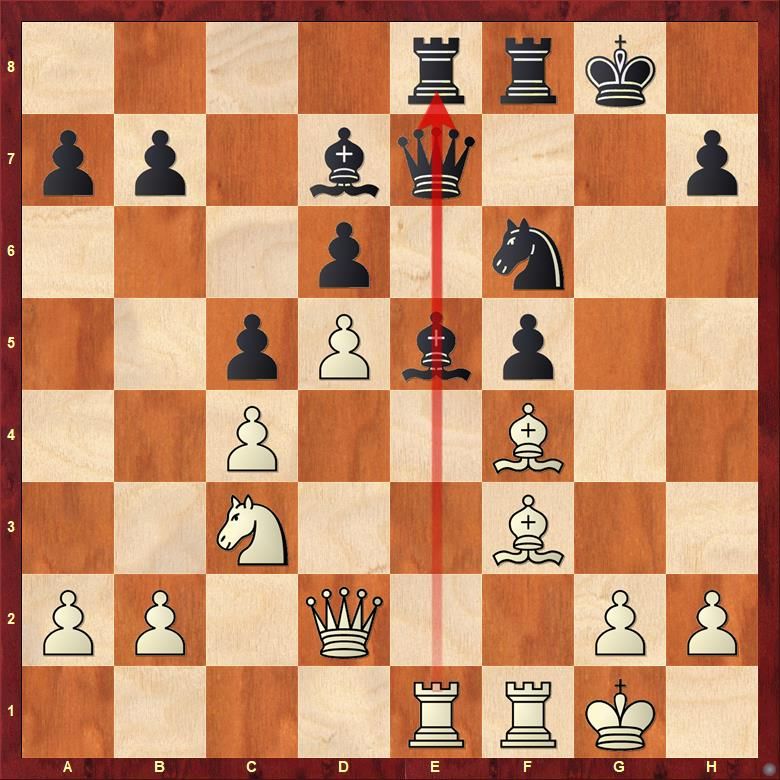 Stanislav has pinned Setyaki's Bishop. What is the best continuation for Black here? 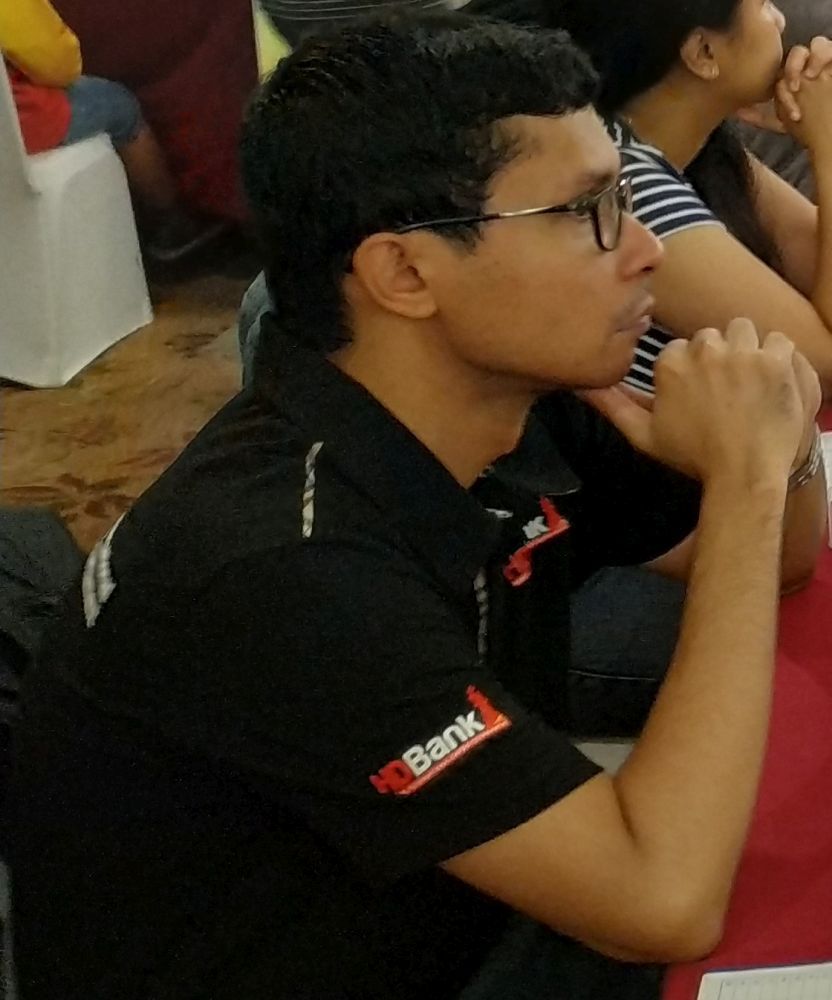 Sandipan won it with ease in round 4. He outplayed his opponent in just 30 moves in Dutch Defence: Leningrad System | Photo: Shahid Ahmed 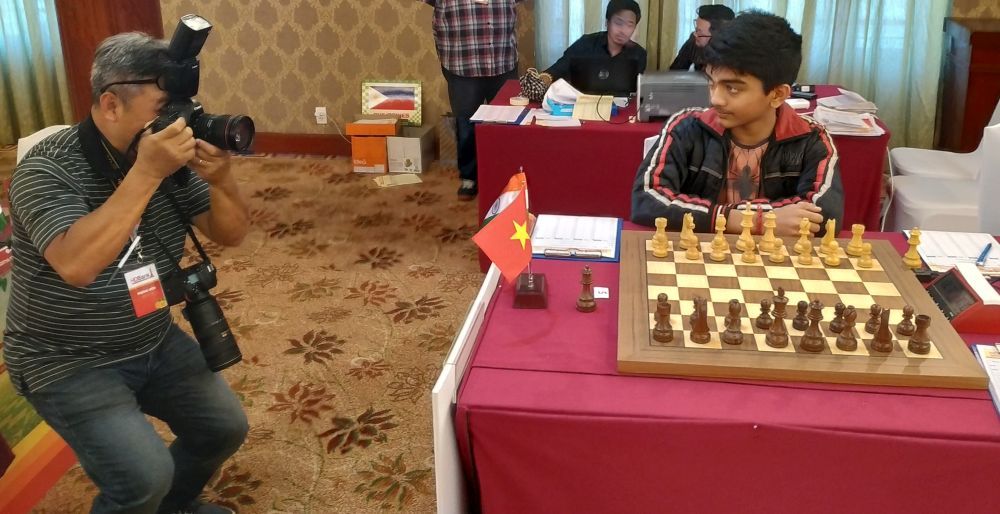 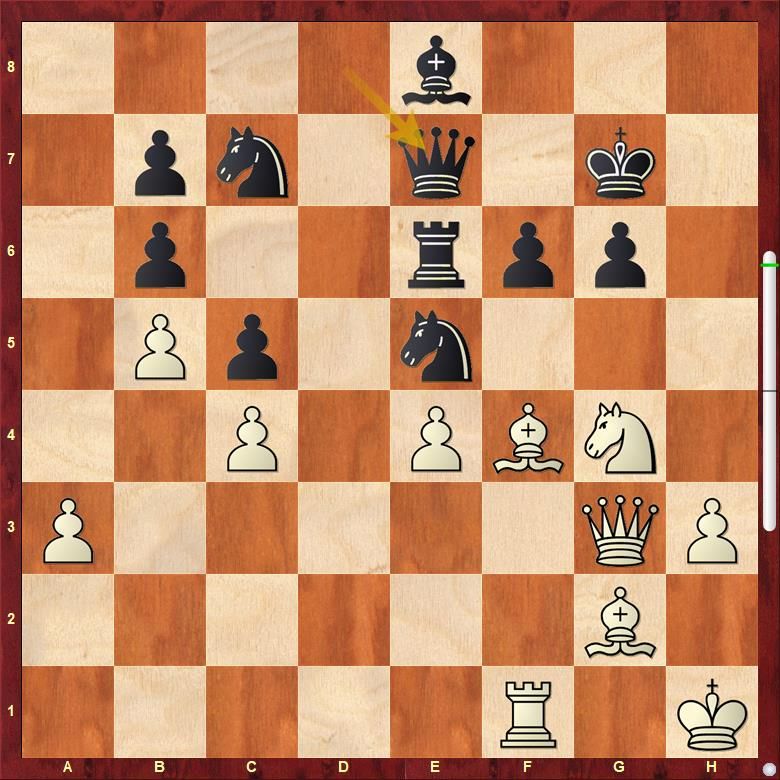 Can you think like Gukesh? Find the winning combination for white here
A quick chat with Gukesh at the end of round 3 | Video: Shahid Ahmed 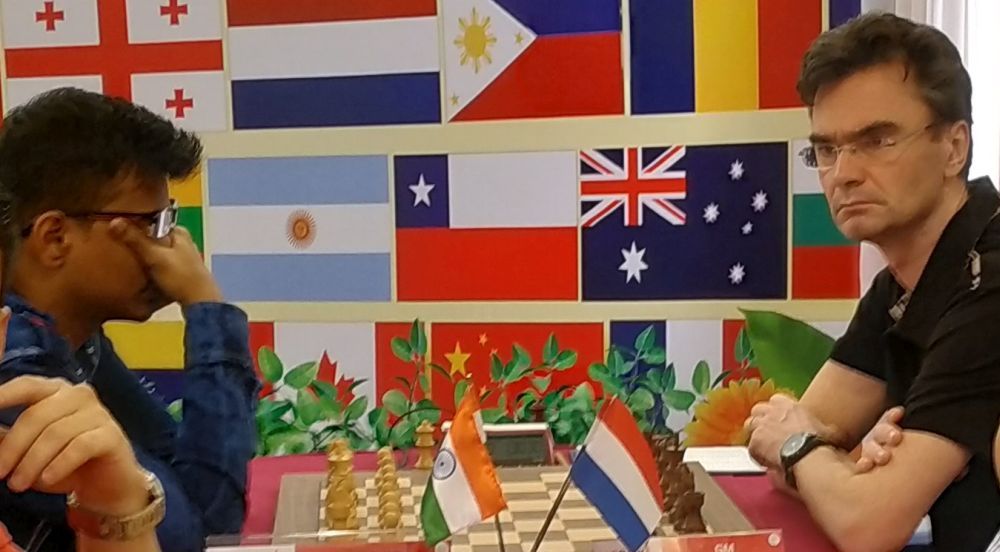 Rakesh continued his fantastic run by defeating GM Tu Hoang Thong in round 2.

Here is a quick chat with Rakesh after he drew with GM Laylo Darwin in round 3.