Ujjwal Deep and Yashasvi Gupta of Jaipur are the champions in ARCA State under-15 Championship 2019. Ujjwal scored 7.0/8 to win the tournament. Raj Kumawat and Arun Kataria also finished at 7.0/8, however due to a better tie-break score, Ujjwal was declared Champion. Among the girls, Yashasvi Gupta, Elakshi Srivastava, Dakshita Kumawat and Tanish Bhagchandani finished at 6.0/8. Yashasvi was adjudged the winner due to her better tie-break score. Total Prize fund ₹101111 was up for grabs. The tournament was organized by Chess in Lakecity from 17th-19th May 2019. Photo: Vikas Sahu 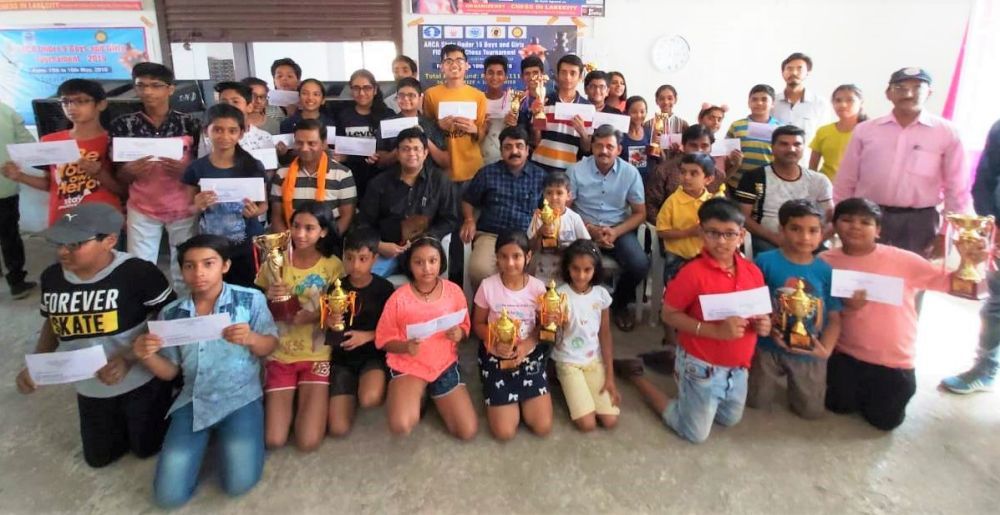 All 40 Prize winners in one frame | Photo: Vikas Sahu 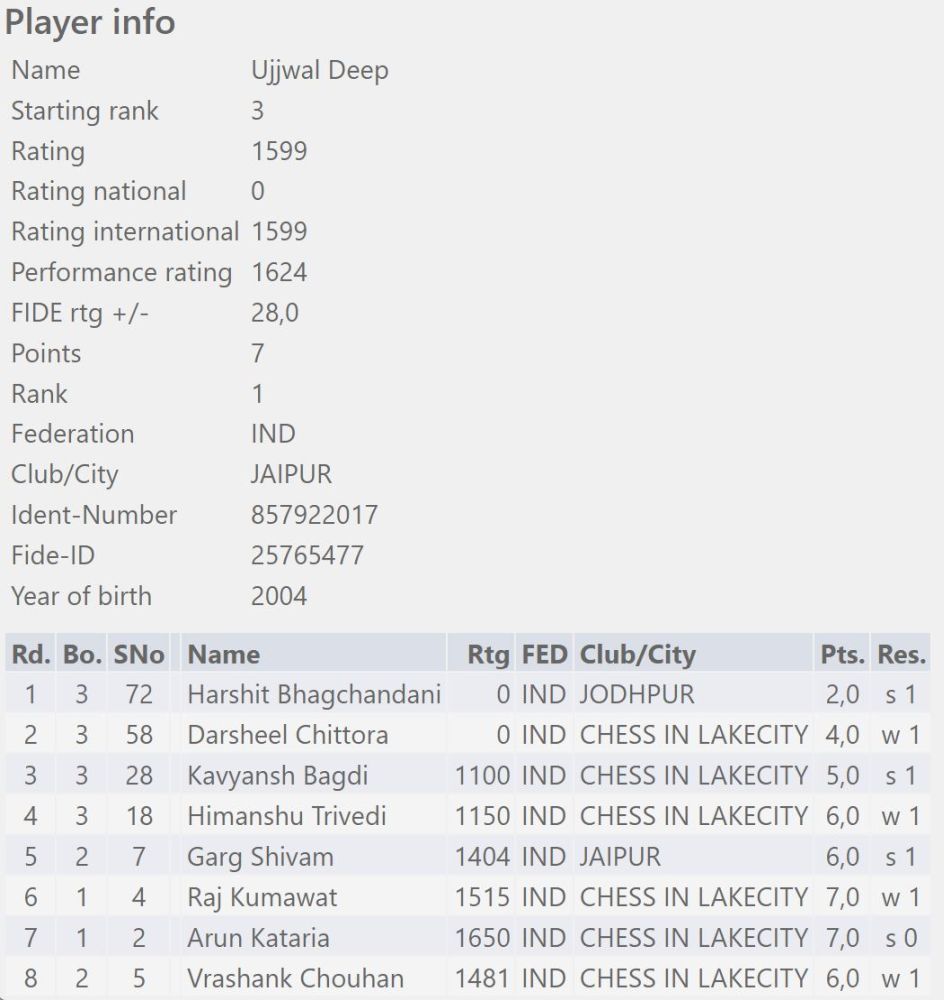 Despite losing the penultimate round, Ujjwal finished strong and won the tournament. He also increased his rating by 28 ELO points. Ujjwal won ₹11111 and a trophy 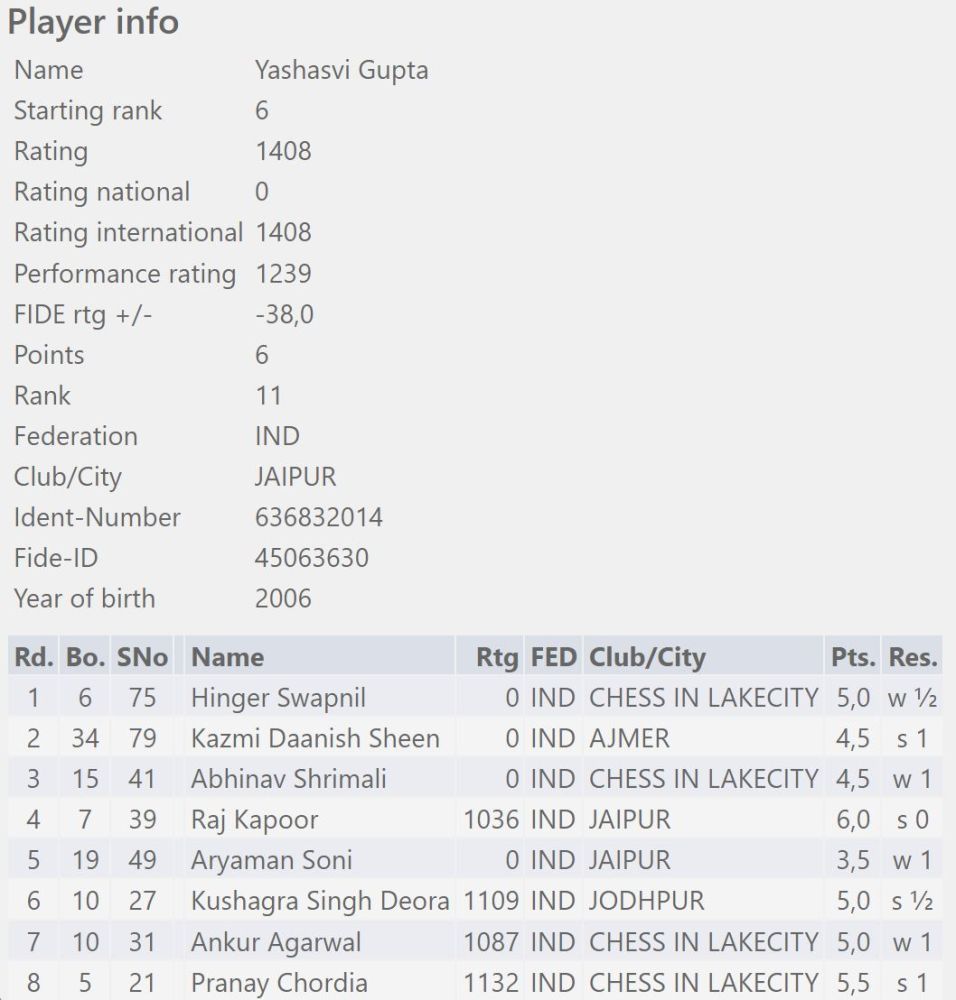 Although Yashasvi started with a draw and lost a bit of rating points, she scored 6.0/8 and won the tournament. Yashasvi won ₹5000 and a trophy 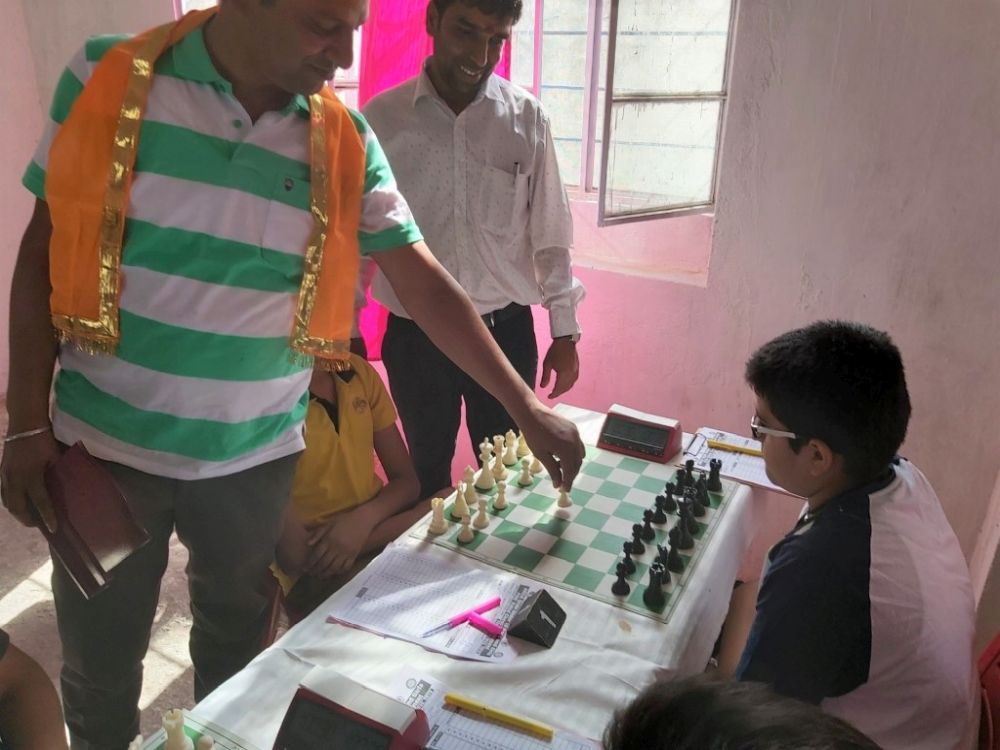 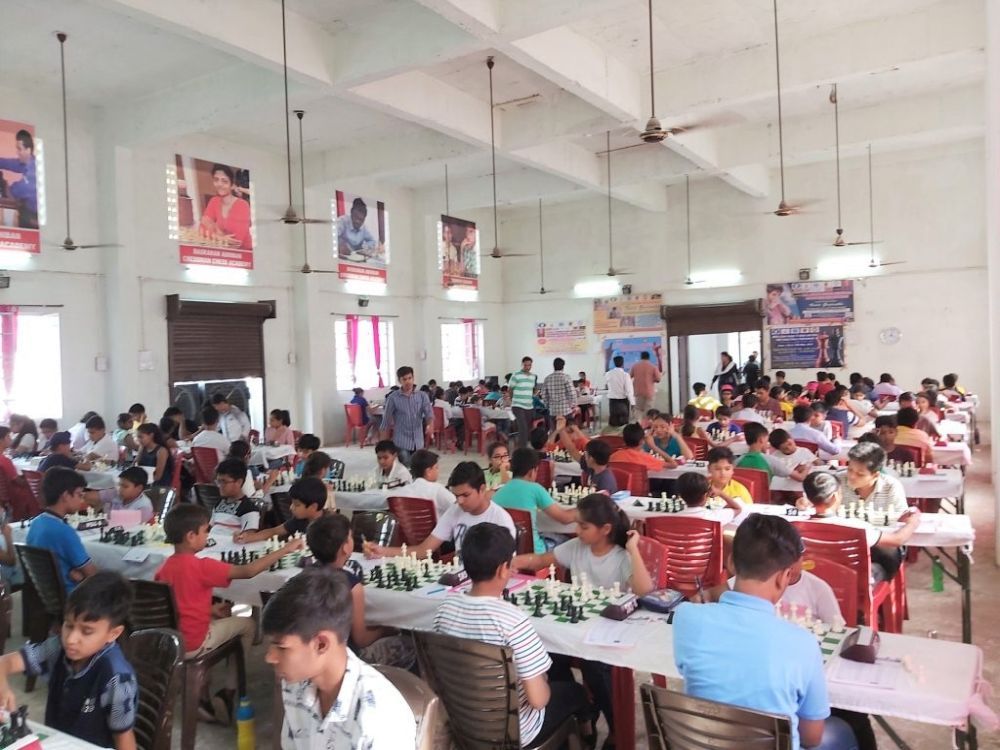 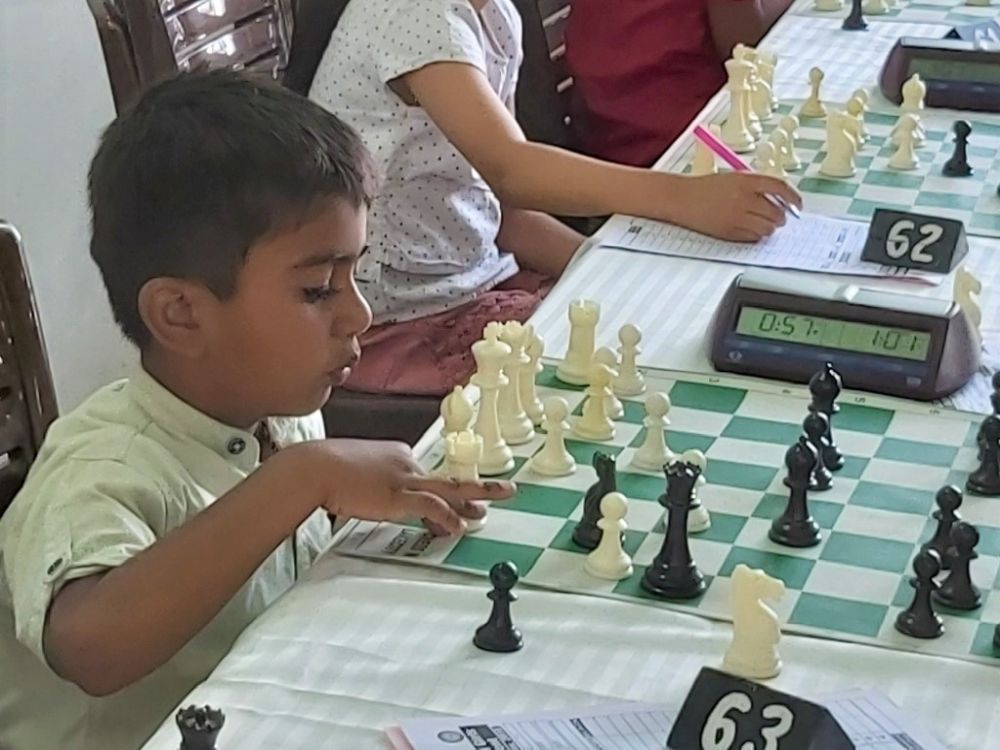 A little kid is trying to thwart opponent's threats on the board | Photo: Vikas Sahu