16-year-old FM Aaryan Varshney started the tournament with eight consecutive victories. Thus, a last round loss did not deter his chances of winning Shri Om Banna Memorial Lakecity Winter Rapid Rating Open 2021. Five players - Aaryan, Kushal R Jani, Harish Sharma, FM Sauravh Khherdekar and top seed of the tournament FM Vinay Kumar Matta scored 8.0/9 each. They were placed first to fifth according to tie-breaks. The tournament had a total prize fund of ₹300000 with the first prize being ₹30000 cash and trophy, ₹20000 for second and ₹15000 for third. This is Aaryan's first All India Rapid Rating Open triumph since December 2019. He is also the reigning Delhi State Open champion. Photo: IA Deepak Chavan/Chess in Lakecity

It was a tough and close competition as all top ten finishers lost at least one game in the event. 13-year-old Dakshita Kumawat was the youngest finisher among top 20 as she scored 7.0/9 and was placed 13th. She was also the highest finisher among the female participants. 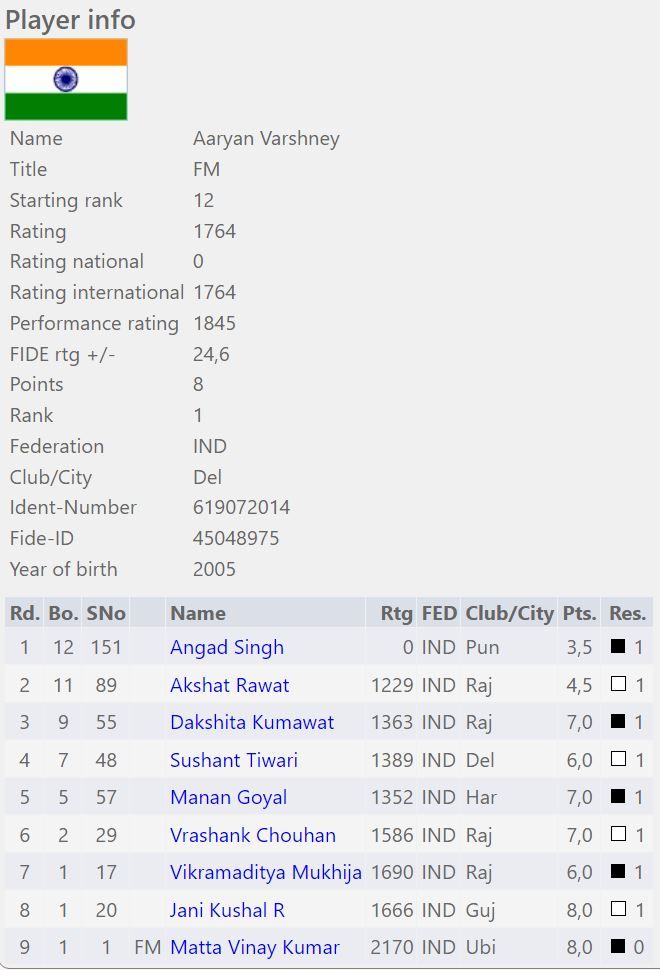 Check out Aaryan's penultimate round game against Kushal R Jani. 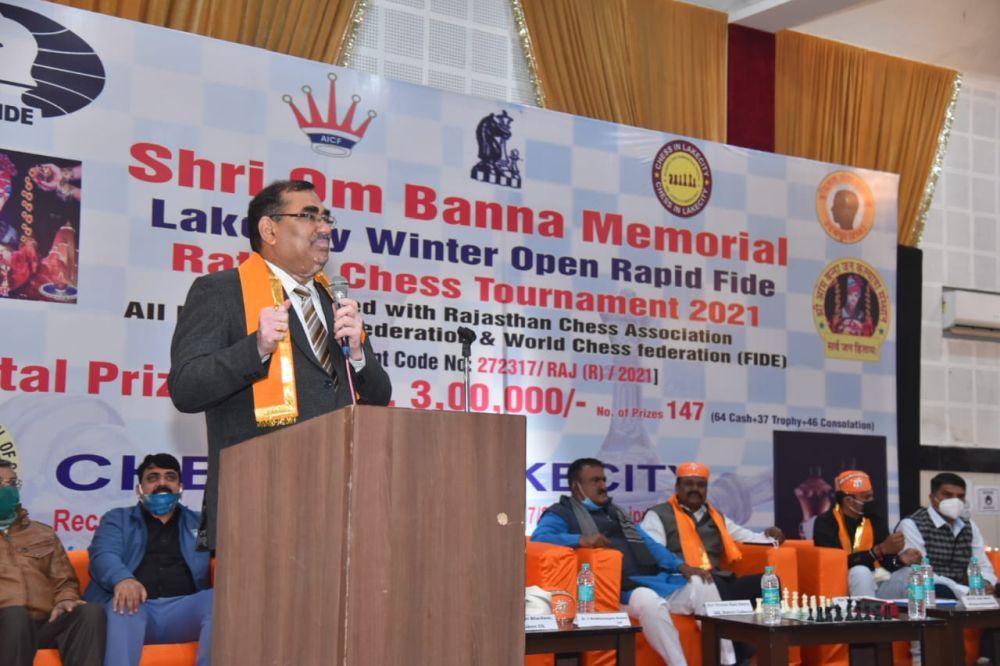 The tournament was inaugurated by  District Collector of Udaipur, IAS Chetan Devda and IAS Dr. T Shubmangla. The other dignitaries present were Mr. Rajiv Bharadwaj, President of Chess In Lakecity &  IA Rajendra Teli  Chief Arbiter and IA Vikas Sahu of Chess In Lakecity. 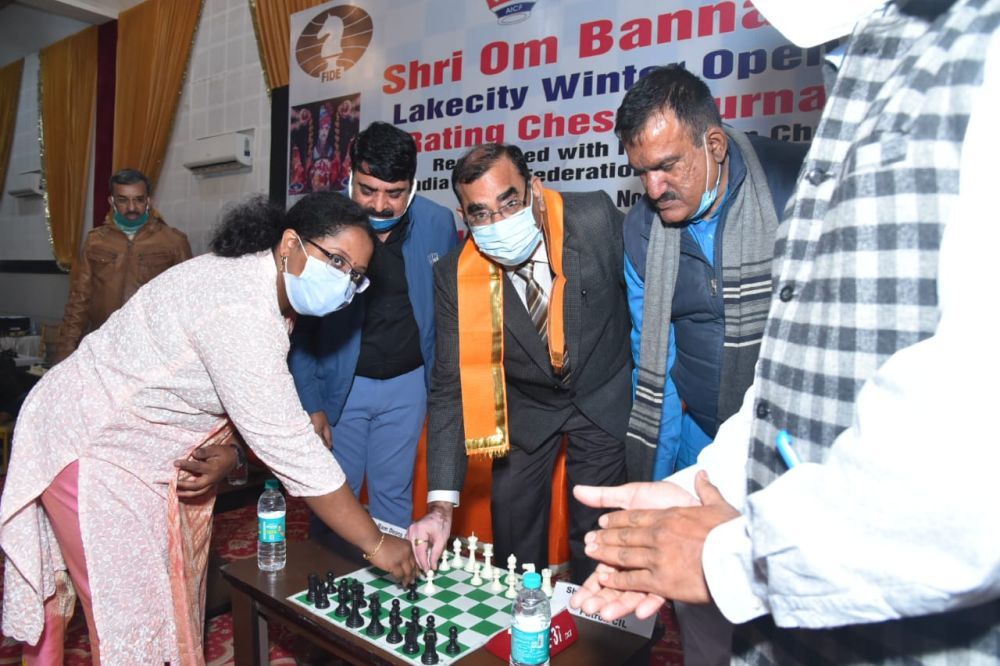 Inaugural move is being made by IA Chetan Devda and IAS Dr. T Shubmangla | Photo: IA Deepak Chavan/Chess in Lakecity

The tournament was organized by Chess in Lakecity on 29th and 30th December 2021 at Orbit Resort, Udaipur, Rajasthan. A total of 266 players took part in this nine-round Swiss league Rapid Rating tournament which had a time control of 20 minutes + 5 seconds increment from move no.1.