IM Raahil Mullick had a relatively slow winless start 1.5/4. He scored 4/5 in the later half of the tournament to finish with 5.5/9 and secure 13th place. 12-year-old IM Ihor Samunenkov (UKR) is the youngest top 10 finisher. He scored 6/9 to secure seventh place. The total prize fund of the tournament was €7000 combining Category A and B. Top three prizes in the Category A were €1500, €800 and €600 each respectively. 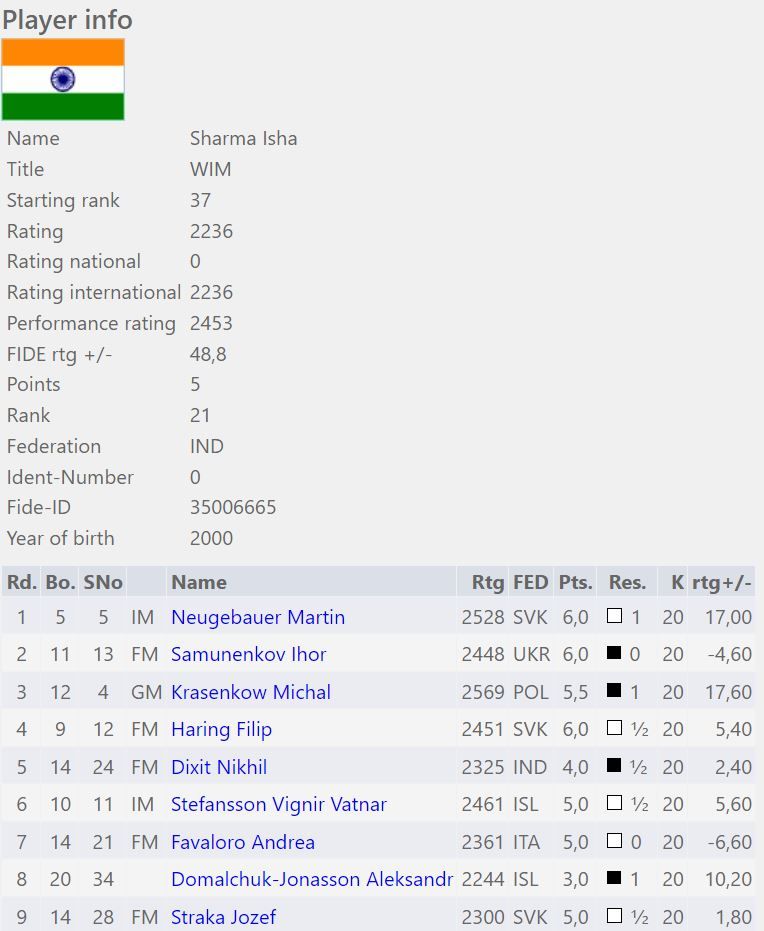 WIM Isha Sharma scored 5/9 with a performance of 2453 and gained 48.8 Elo rating points 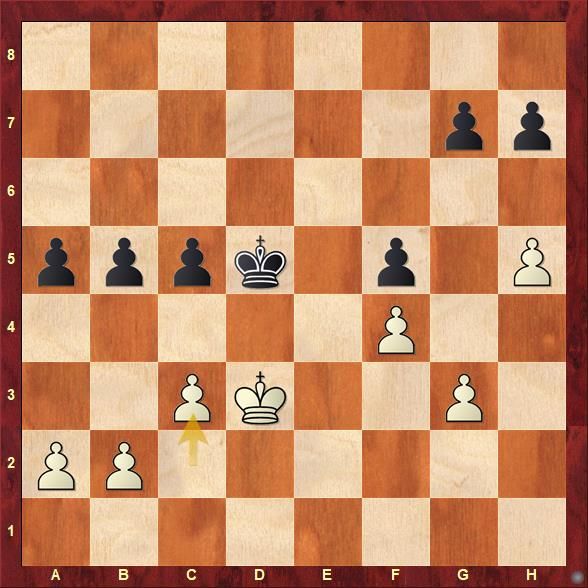 The pawn ending looks equal and it should be a draw. However, Black played 31...a4 which created a winning opportunity for White. 32.c4+ would have been winning for White as there is no way to save the game for Black after the break. Here Black could have played 31...b4, c4+ or Kc6 which would have been enough to get a draw. White missed her chance and played 32.Ke3 and the game was drawn in another four moves. 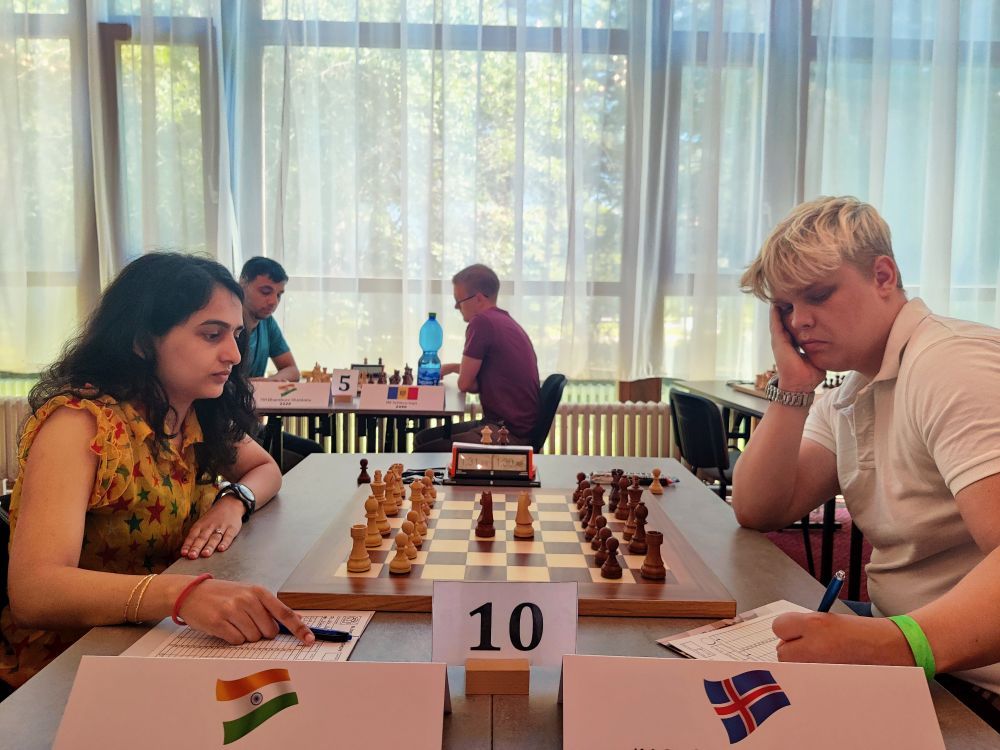 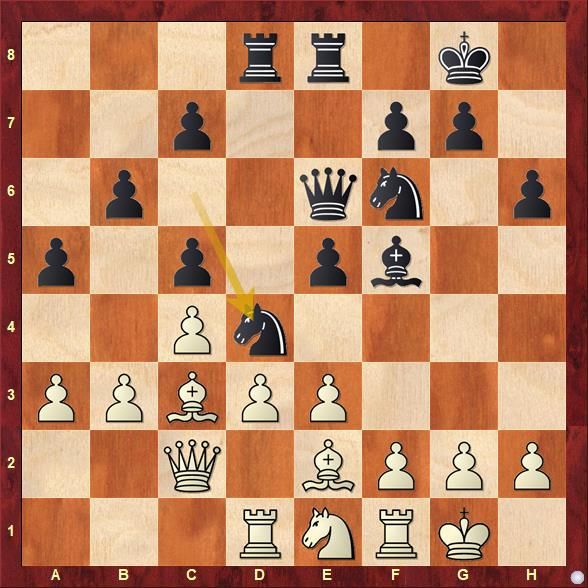 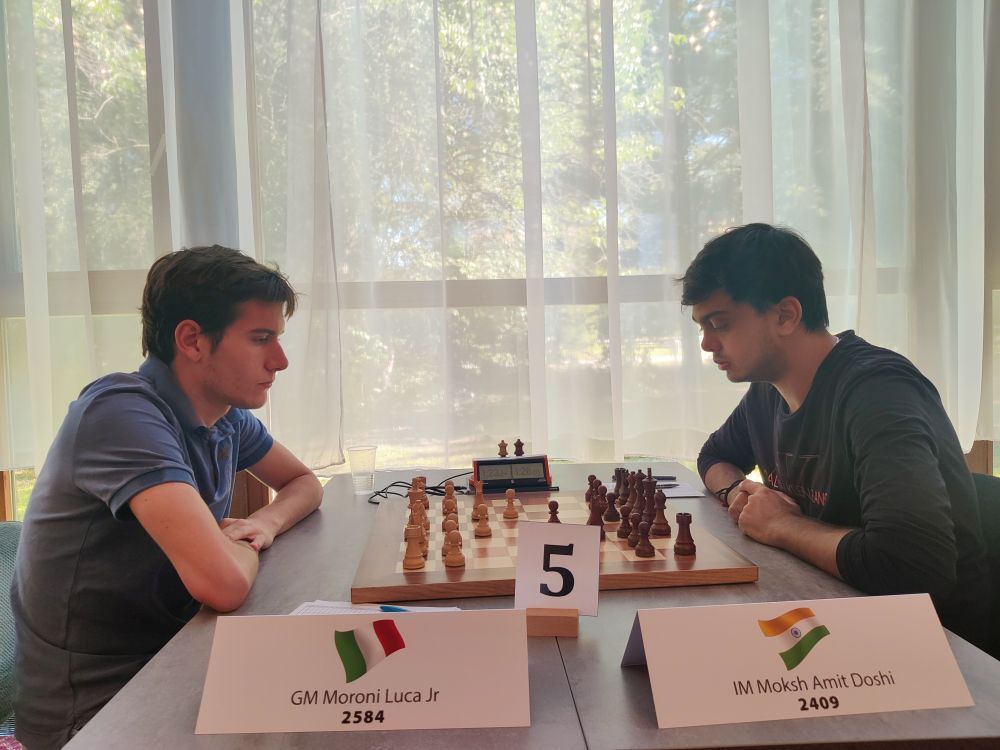 For more Round 5 , 6, 7, 8, 9 and Prize Distribution Ceremony photos, please click at the respective links.

A total of 64 players including 7 GMs, 10 IMs and 3 WIMs took part from 13 countries across the world in the Category A (>2100) this eight-day nine round Swiss League Classical Rating tournament. The event was organized by SK Modra and JAVES in Piestany from 11th to 18th July 2022. The time control of the event was 90 minutes/40 moves + 30 minutes + 30 seconds increment.