It is safe to say that last year we witnessed the least number of over-the-board tournaments of the decade, perhaps the century too, due to Covid-19 pandemic. However online tournaments witnessed more than the usual number of games in a top level tournament, at least the ones which had a 'set' format like tennis. We often hear players saying that they have forgotten this line or move, but is chess all about opening preparation and engine lines? There are still less trodden paths and some where no footprint exists. Who ventures on them? Srikanth Govindaseshan takes a look at the less trodden paths.

"Part of normal human development is learning to notice less than we are able to. The world is awash in details of colour, form, sound - but to function, we have to ignore some of it"

"...some of it" is an understatement! We need to ignore most of it...if possible, everything!

We have been taught to look for patterns in chess and in life. Neither life nor chess falls into a pattern and things keeps changing - and change is the only permanent thing, else chess and life will become lifeless! So, one has to learn the techniques of the game, the strategic and tactical aspects and patterns to become a good chess player. But as you emerge into a master, you should consciously turn unconditional to these elements including the most sacred principles so that you start perceiving things freely without any inhibition and inhibitors. And as you do this, you start observing the board plainly and clearly and not allow what you know to come in way of your perceiving the current position and every current position as you consider the options! The strategic and tactical elements and the patterns do not impose upon your decision making process, but rather act at a tacit level without your conscious effort!

This is where a master turns truly great and Carlsen is one such example in modern day Chess!

Gerald Abrahams wrote, "In Chess, one realises that all education is ultimately self-education. Every Chess player teaches himself Chess." What he meant by the term "chess player" is Chess mastery, which cannot be taught. Chess master evolves!

This, is not for Chess alone!

Unnecessarily, I delved into an area which I am not good at..."opening theory". A peep-into my megabase showed this 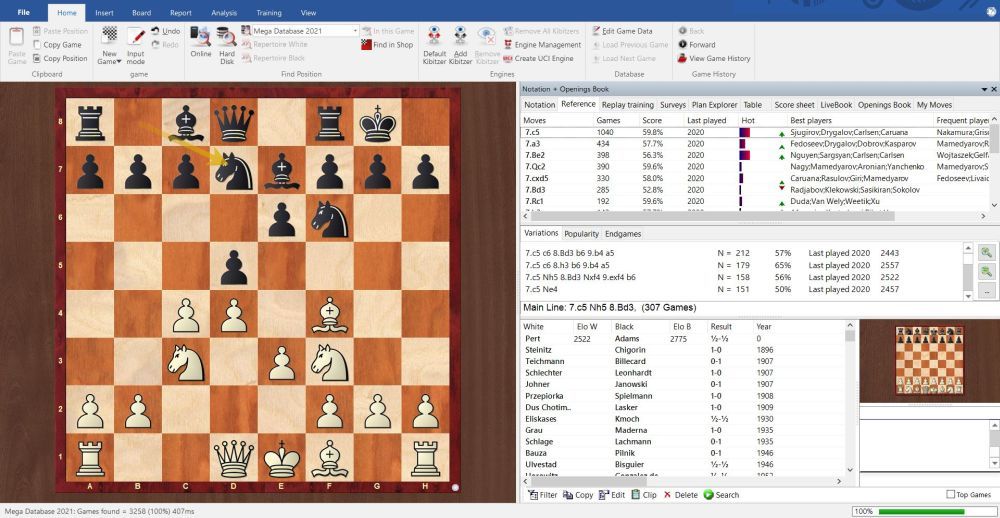 The earliest played game dates back to infinity..."0"!!

Two ways to capture that c5 pawn, and Nxc5 looks more natural, though it is only a matter of preference. There are many games in the base - Ding vs Firouzja; Grischuk vs Topalov, for e.g. and the positions that one gets after the transition into middlegame is roughly equal.

What is this "roughly equal" means!?

Chess is fundamentally a game of equilibrium and if one adheres strictly to the fundamental aspects of the game, namely control of space and ensuring sufficient mobility to one's pieces and do not blunder material, then the equilibrium will be maintained.

It is easily said than done and hence, Chess is alive and lively even today! Even the greatest of masters are not immune to "mistakes" or inappropriate moves! Eugene A.Znosko-Borovsky wrote, in his fine book 'The Middlegame in Chess' - "in Chess, some moves are voluntary, others are forced. If there is perfect freedom in the choice of move and a wide range to choose from, the stronger the moves are likely to be. If moves are compulsory, it is a sign of weakness both of the position and of the pieces. The object of the mobilisation is to obtain different positions with an ever increasing number of available moves. Whenever this number begins to grow less, it is a sure sign that the position is deteriorating and that the pieces are becoming correspondingly less effective. Although moves are equal in point of time, it is important that they should be made at the right moment. The same move, played at different times, has entirely different values."

Bronstein wrote this in a simple sentence: "The greatest advantage in chess is to have the next move" !

Subsequently, in a game against MVL, Hikaru chose 11...h6 and the game ended in a draw after interesting sequence of moves.

In the game between Wojtaszek - Andreikin in 2019, Black played 13...Qe8 and the game ended in repetition. 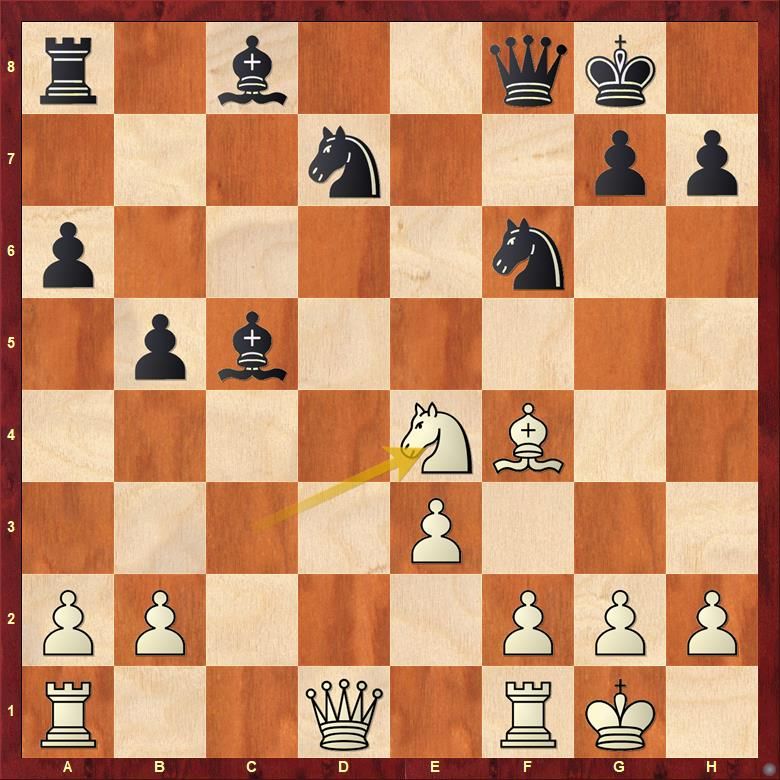 If you want to test this assessment, give this position with Carlsen playing Black and he will unearth possibilities, no offence meant to Hikaru the Black player here in this game!

For academic purpose, White is mobilising his forces and from now on, whoever controls more space and has more activity will get upper hand. It is possibly better for the side which has two minor pieces to play the middlegame as the extra piece might come in handy if the side has more grip over the spaces on the board. White's move intends to exchange his Knight for either of Black's Bishop - the choice rests with Black on what he wants to part with! Choices can be dicey at times!

The choice to part with the dark squared Bishop has a basis, perhaps Hikaru wanted to retain the Bishop of opposite colour as that Bishop will not have a counterpart! Obviously 15...Ne4 loses to 16.Qd5

A fine move aimed not only to ward off any threats to the King, but to control more space in the center and restrict Black Knights movement. A pawn is a meagre price for that! 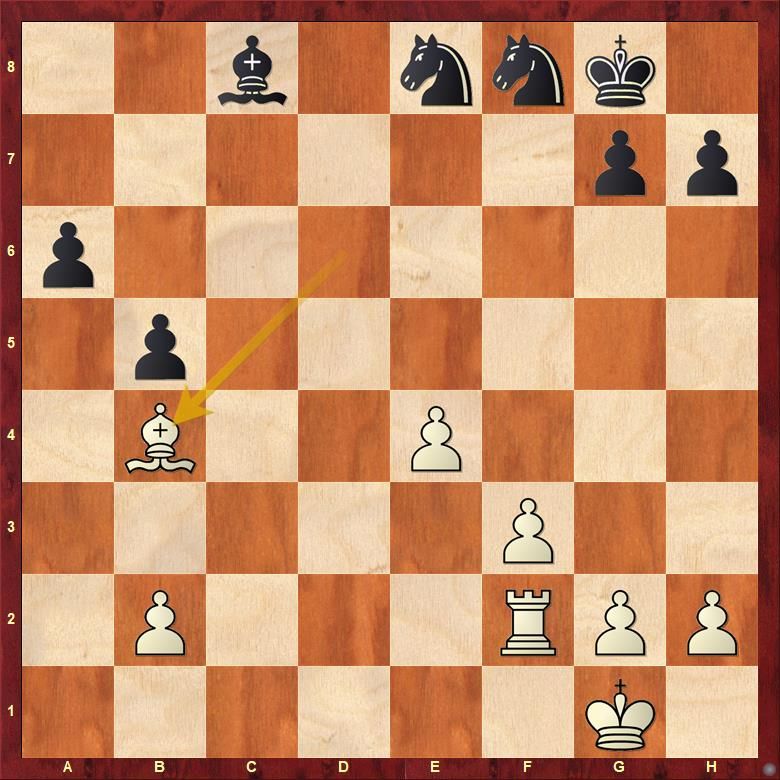 A glance at the position reveals how passive Black pieces are in comparison to the active White pieces, which along with the active pawns in the center and Kingside. We cannot draw any rule or principle as we can do for other endings as there is no serious study done on Rook vs two minor pieces endgame. Suffice to say that White has managed to reach a position where he commands the position and Black has to respond to his calls.

The move 25.Bb4 restricts the Queenside pawns from moving and of course takes away the dark squares in the center from Black Knights and the King.

A side, however passive the position may look, will always try for some way to activate the pieces, create some posts for the pieces to advance. Advancing the pieces to opponents territory is the only rule of the game! Grandmaster Kidambi would say, "it is like moving ahead with tankers, gradually conquering territory in opponents half of the board".

A fine move which builds more pressure. The Bishop on c8 is pathetic.

Of course! With every move, White keeps taking away more squares from the Black pieces.

Could he have played anything else here!? Would a neutral move like 31...Ke8 maintain or atleast not let the position deteriorate further!? Would that have gradually restored equilibrium of some sort!?

Also, the difficulty in playing simple and seemingly harmless positions lies in the number of options that one has! Let me digress here a bit... 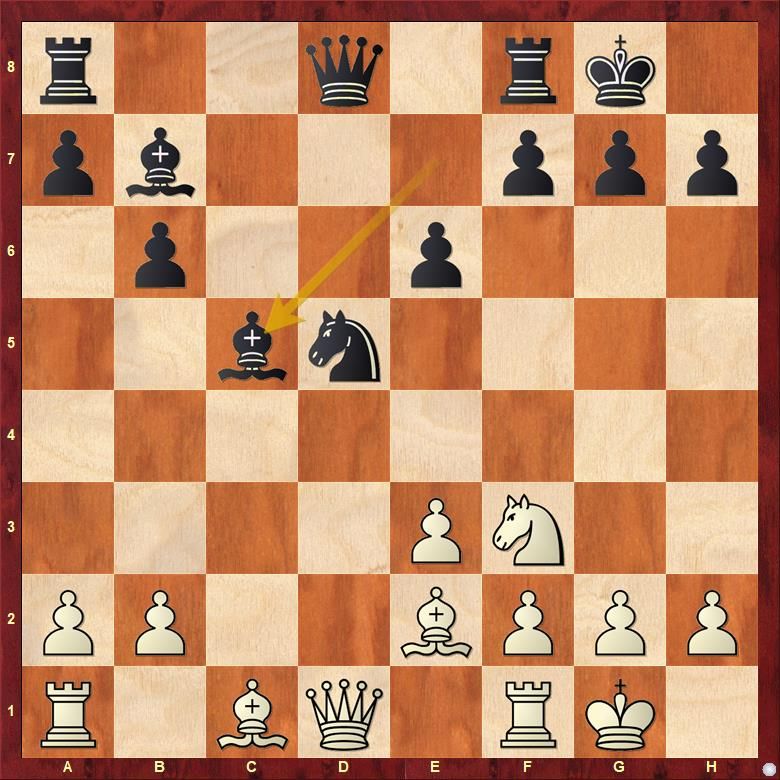 White misplayed the opening a bit and handed over a slight initiative to Black. His difficulty stems from his undeveloped Queenside and should rather have focused on that to counter the initiative and restore equilibrium. 13.Bd2 followed by Rc1 etc. makes more sense here. Instead, he chose a different plan of "action"

But here, Capablanca gave a chance for Nimzovitsh which he did not capitalise and lost. Instead, Capablanca could have preserved the initiative with either 21...Qe4! or prior to that 21...h5! to loosen up White's kingside a bit!

Or for example take this game: 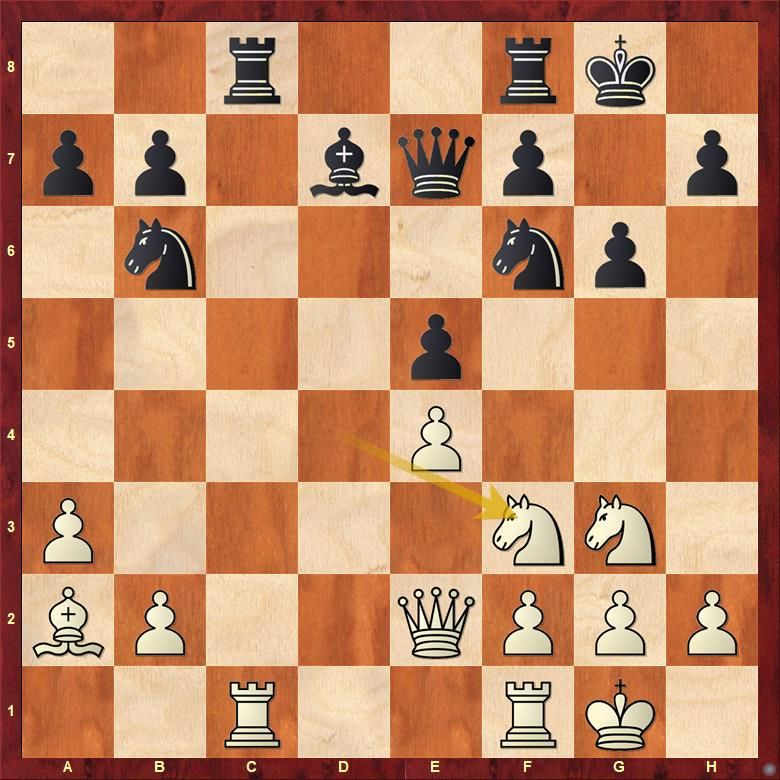 Instead, the great Cuban chose to play

Black wanted to exchange the Rook and contest the other Rook with Rc8 and hence stops White's Ng5! which will hit on f7! But...

Missed this move of Alekhine's which is intending not only Qa5 hitting on the weaknesses e5 and a7, but the presence of King on g7 and Queen on e7 gives a forking opportunity on f5 and when a Knight lands on f5 it hits on h6 and g7 squares!

One mistake in a simple position gives away so many things!! Even the greatest are not immune to such inappropriate decisions on the board even in simple positions! Such is the nature of the game.

Coming back to the main game! 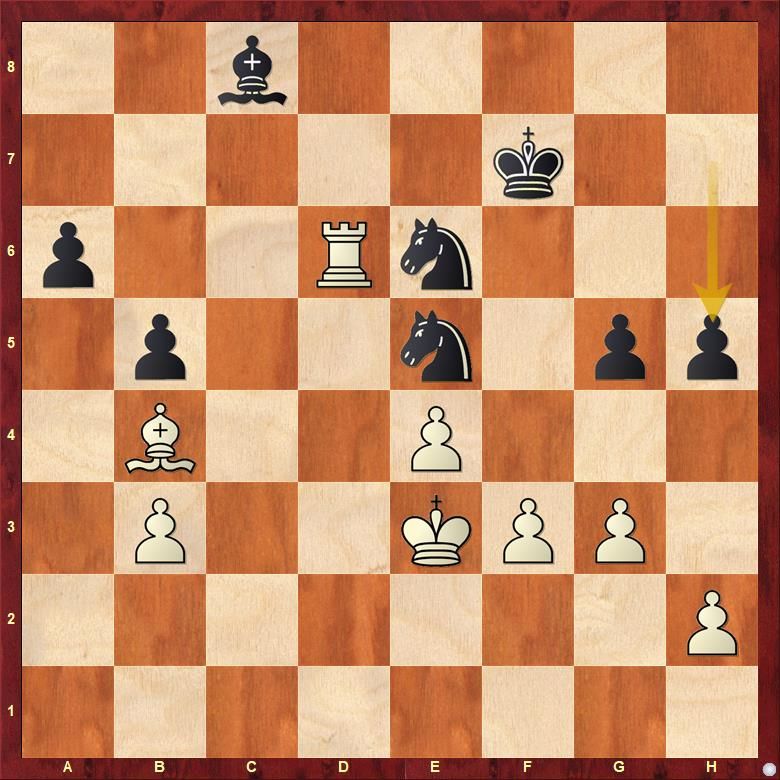 34.....Nef4 stopping Rd5 could have been a better option here instead of precipitating the issue.

Carlsen is extremely good in such positions and often chooses a route which is clean and quick! The move played does not allow Black to play Ng2.

Game over now! Black could have saved the agonizing few Bishop moves!

Yet another clean game on the "road less trodden"! With the increasing influence of engine generated moves and opening theory, the way forward is to play such seemingly simple positions and mastering the technique to enable you to steer the game to a desirable endgames. It is not humanely possible to work on all openings and all its intricacies and remembering them. Time and again we see a master complaining that he forgot this move or that line... which he has in his database! Chess is not a memory game and humans are not computers to remember everything and recall everything.

There are people who say that Carlsen is thorough with all opening lines that he plays and knows "everything". Assuming it is true, the wins that he gets are not because of such preparedness and earth shaking novelties in the openings! More often than not he prevails in simple positions which is known to everybody!

The transition phases; opening to middlegame and middlegame to endgame are the most important phases where a great master differentiates himself from the rest, by taking the road less travelled and not bothering about the equilibrium. It is not easy to maintain equilibrium on chessboard!