Kramnik Microsense Chess India Program Day 2: Can you solve the mate in two?

On the second day of the Kramnik Microsense Chess India Program, the endgame grind continued. Kramnik showed ten of his endgames where he had beaten some of the best players in the world from slightly better endgame positions. His trick is always to keep improving his pieces and at the right moment strike with accurate calculations. While this is easy to speak about, it is extremely difficult to execute it on the chess board. That's what makes Kramnik one of the greatest endgame players alive on the planet as of today! In the camp he is training the kids on how they can imbibe some of his endgame skills. Before day two began Vlad posed the class with a mate in two position. We ask you to solve it as well, and narrate to you a very interesting story related to it.

Vladimir Kramnik usually arrives around 10.30 a.m. for his training session with the talented youngsters of Indian chess. What happens between the time these boys wake up and Kramnik arrives is amazing! They are all in some kind of a trance, not because they are sleepy but all of them have been spending time thinking about a chess position. Praggnanandhaa has refuted some analysis in the morning which was being done at night, Leon is waking up Iniyan and Raunak to tell them that White is no longer winning in a variation that they thought was winning, Prithu is going to the washroom and suddenly sees that two of his friends are analyzing a chess position and takes a chair and sits down for the next thirty minutes! The Champions house is bumming with chess and the reason is pretty simple! Everyone simply loves chess here! And chess is the most important thing in their life!

But here's something that will take your breath away - Gukesh was going to the washroom to get ready for the day. I asked him to come and have a look at the mate in two position given by Kramnik a few minutes ago via Whatsapp. Just as a warm up for the day, he wanted the youngsters to crack this one. Gukesh looked at the position for around 30 seconds and said I am going to the washroom now! I forgot about Gukesh for the next few minutes and I assumed he too forgot about the position that was given to him! By the way, for all those interested to know about the position - here it is: 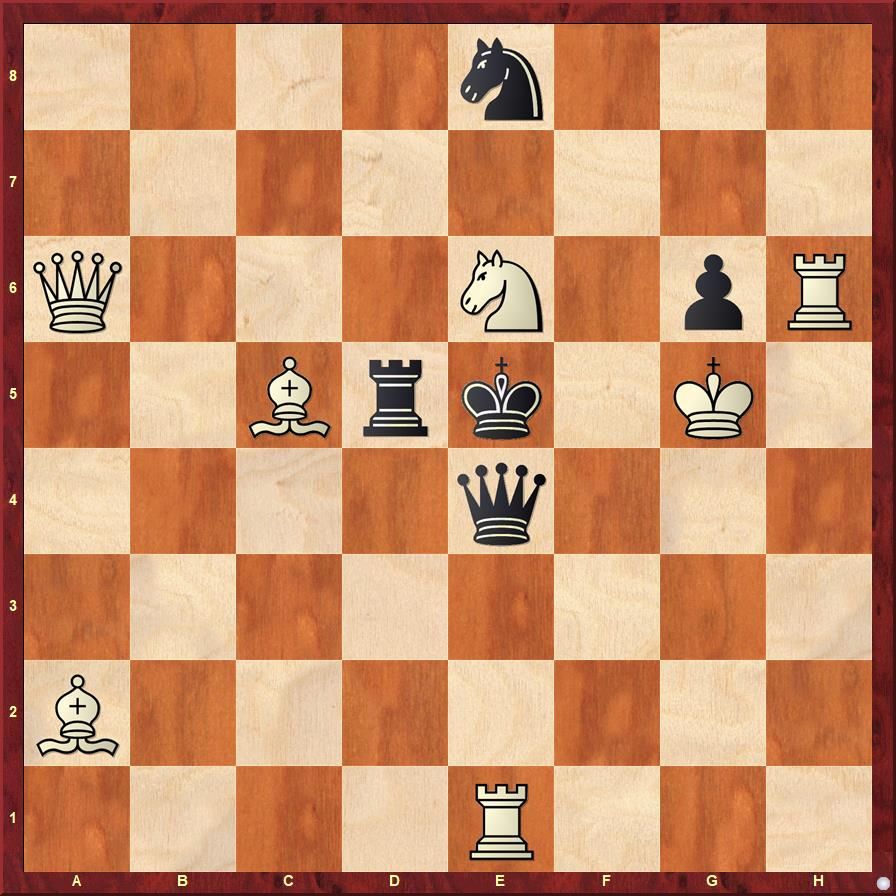 White to play and mate in 2

After a few minutes when I was busy at the board giving the position to other youngsters, Gukesh comes out all ready with his new t-shirt and looking fresh. He had taken a shower and I asked him to join us in solving the position. "I solved it", exclaimed Gukesh. But when? "While getting ready!" Gukesh had memorized the position and was thinking about it in his head all this while! So what's the answer? 1.Qf1! said Gukesh. And suddently it became clear to everyone what the idea was! Isn't it beautiful? Black takes 1...Kxe6 and White mates with? Yes, you got that right! 2. Qf5#!! 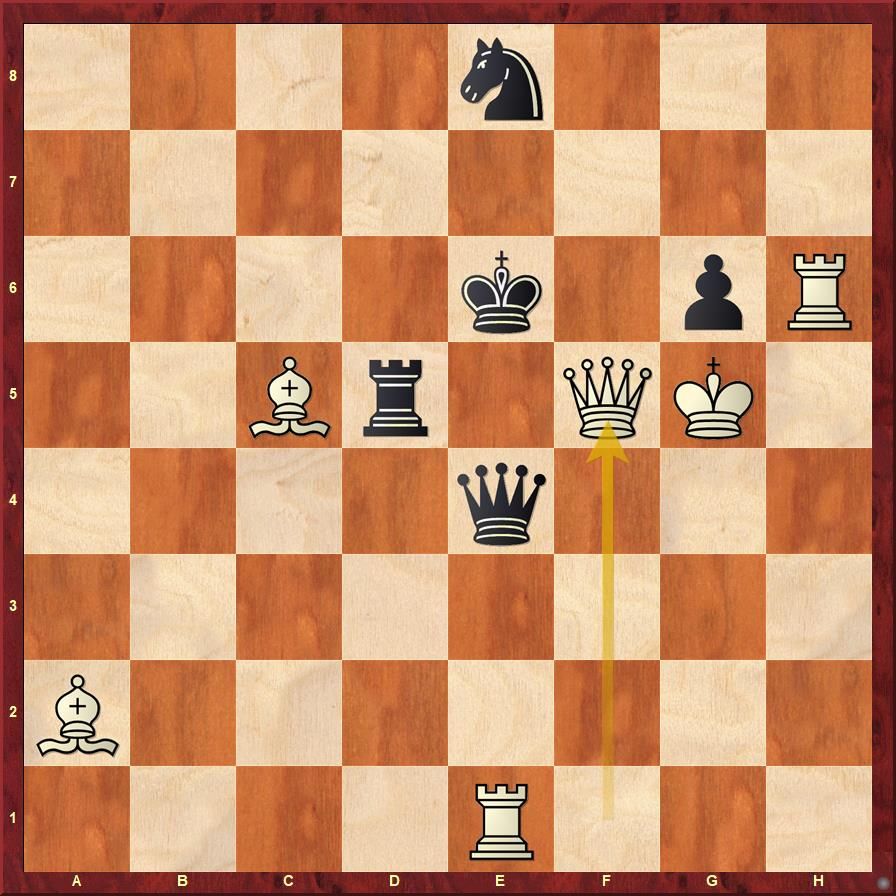 What a pretty mate. The white queen can be taken in three ways, but all of Black pieces are pinned!

While the story of Gukesh may surprise many of you reading this at home, for the youngster this was absolutely normal! And the students are bound to think about chess 24x7 when the trainer also does the same. Have a look: 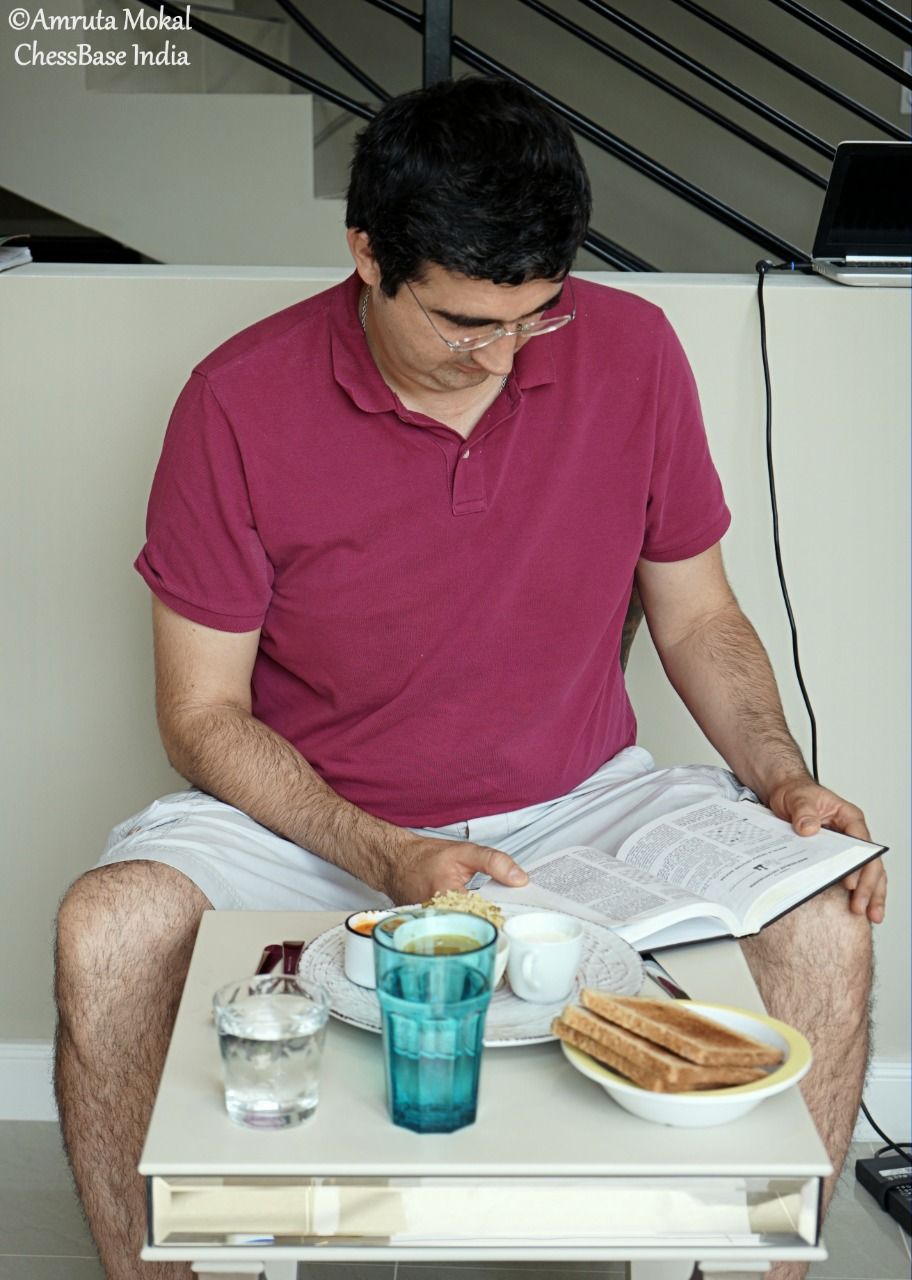 No time to waste! Kramnik reading the Dvoretsky's Endgame Manual and telling the kids some interesting facts about queen endgames! | Photo: Amruta Mokal 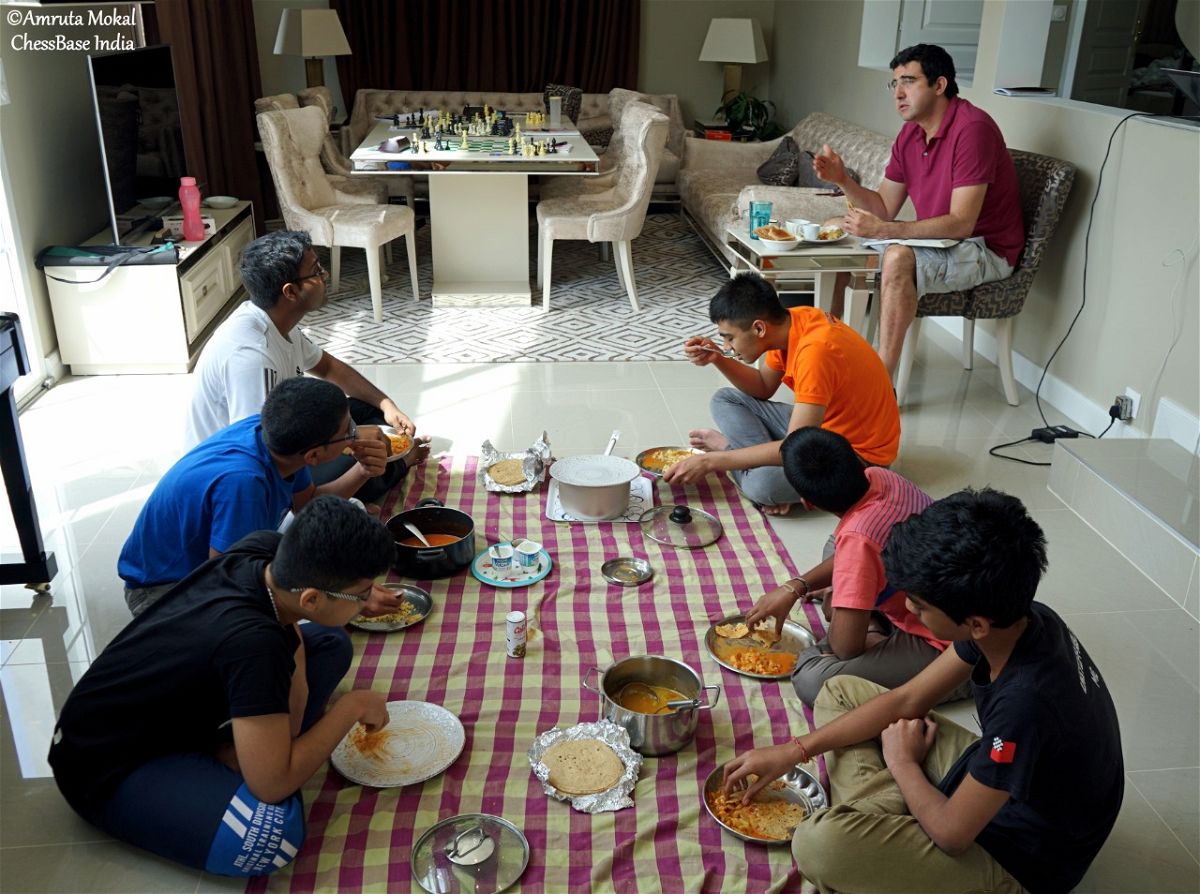 And while the youngsters ate their food, Kramnik told them about how queen endgames are so complex and the key points in them! | Photo: Amruta Mokal

The food that kids eat should be healthy and Amruta Mokal is ensuring that happens! | Photo: Sagar Shah 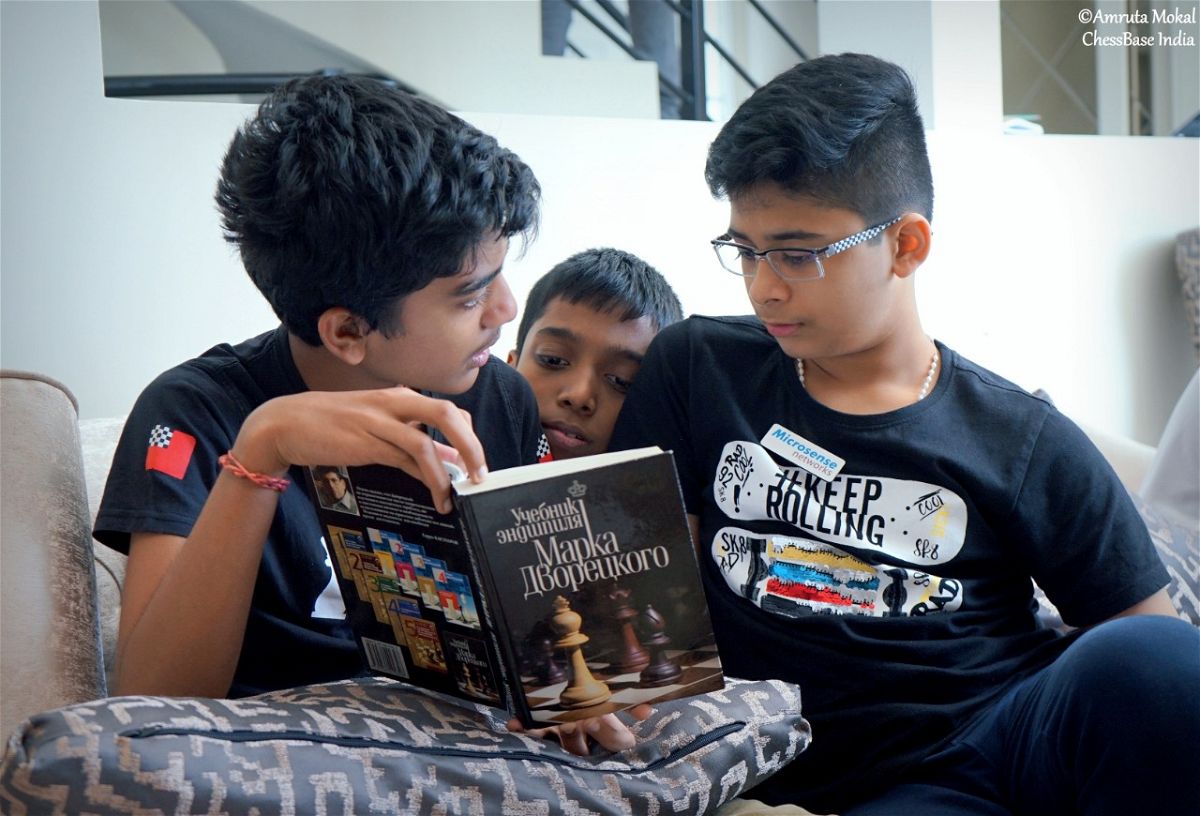 During the lunch break Gukesh, Pragg and Leon decided to read the Dvoretsky's Endgame Manual. Since when did they learn Russian?! | Photo: Amruta Mokal 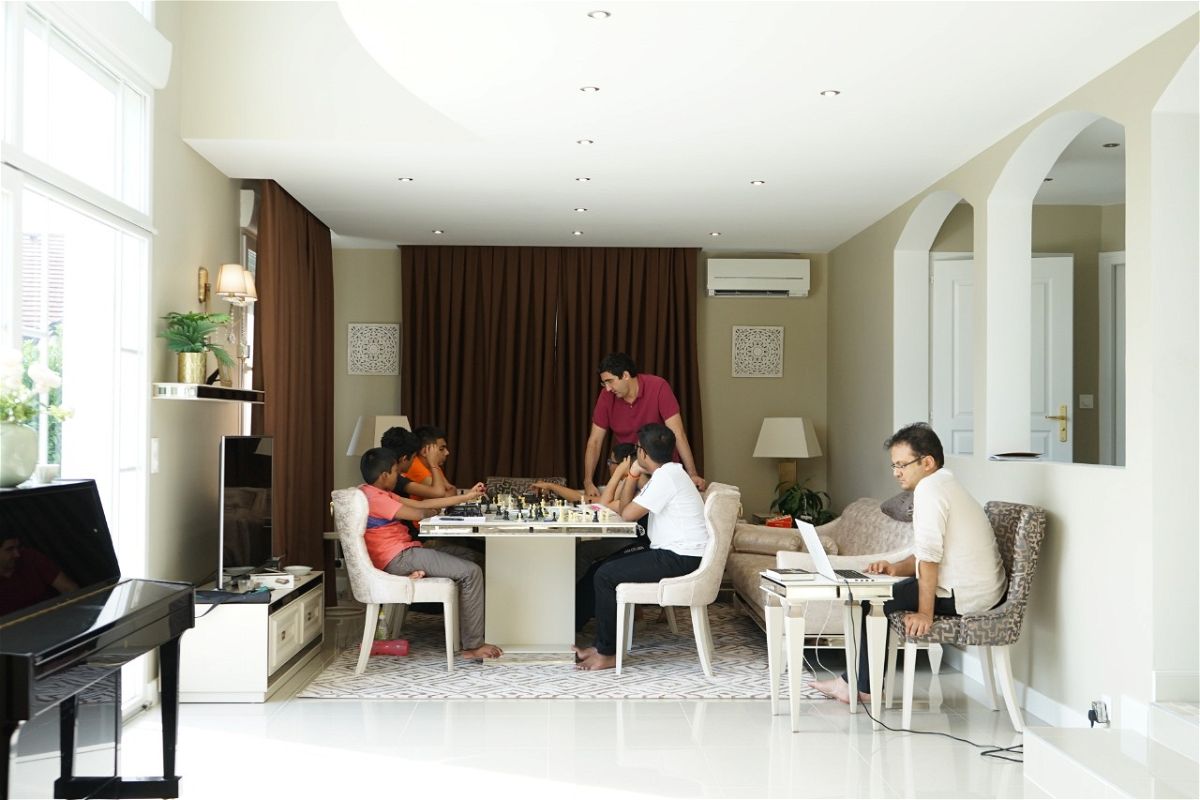 The setup of the camp | Photo: Amruta Mokal 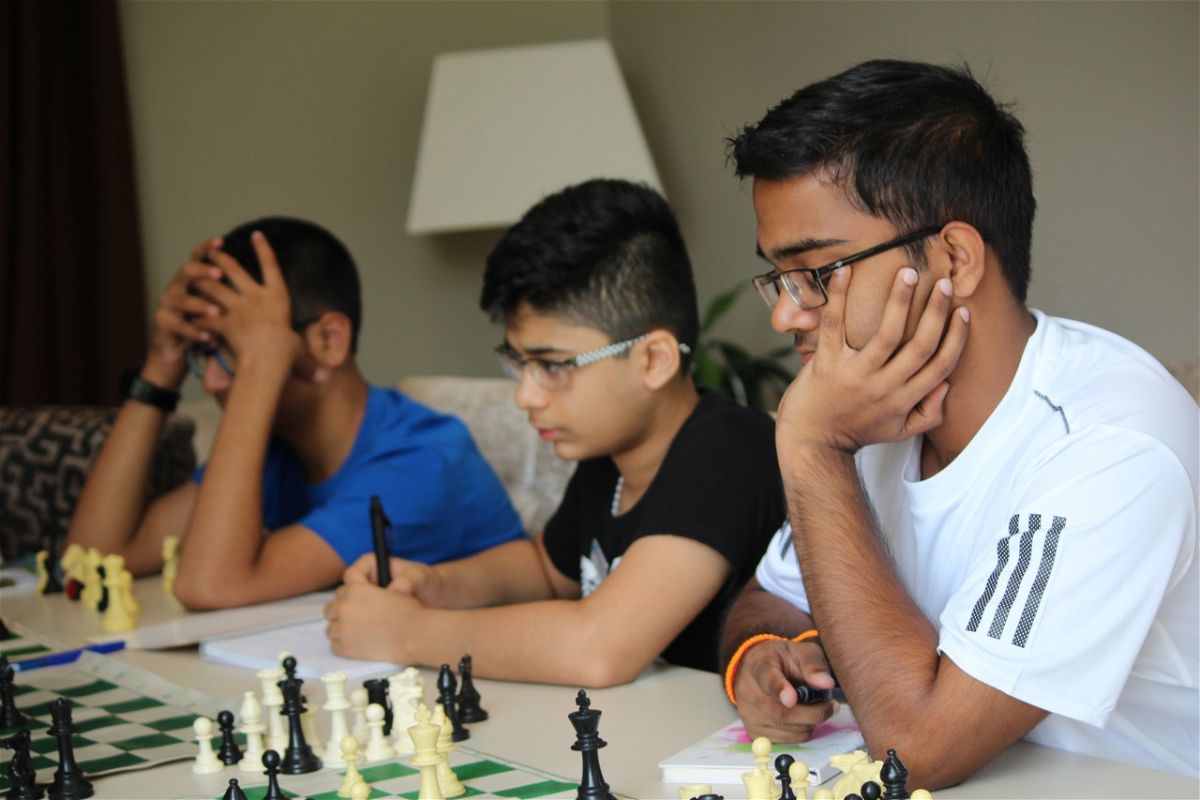 It's quite a lot of hard work for these youngsters! Raunak, Leon and Iniyan take on... | Photo: Amruta Mokal 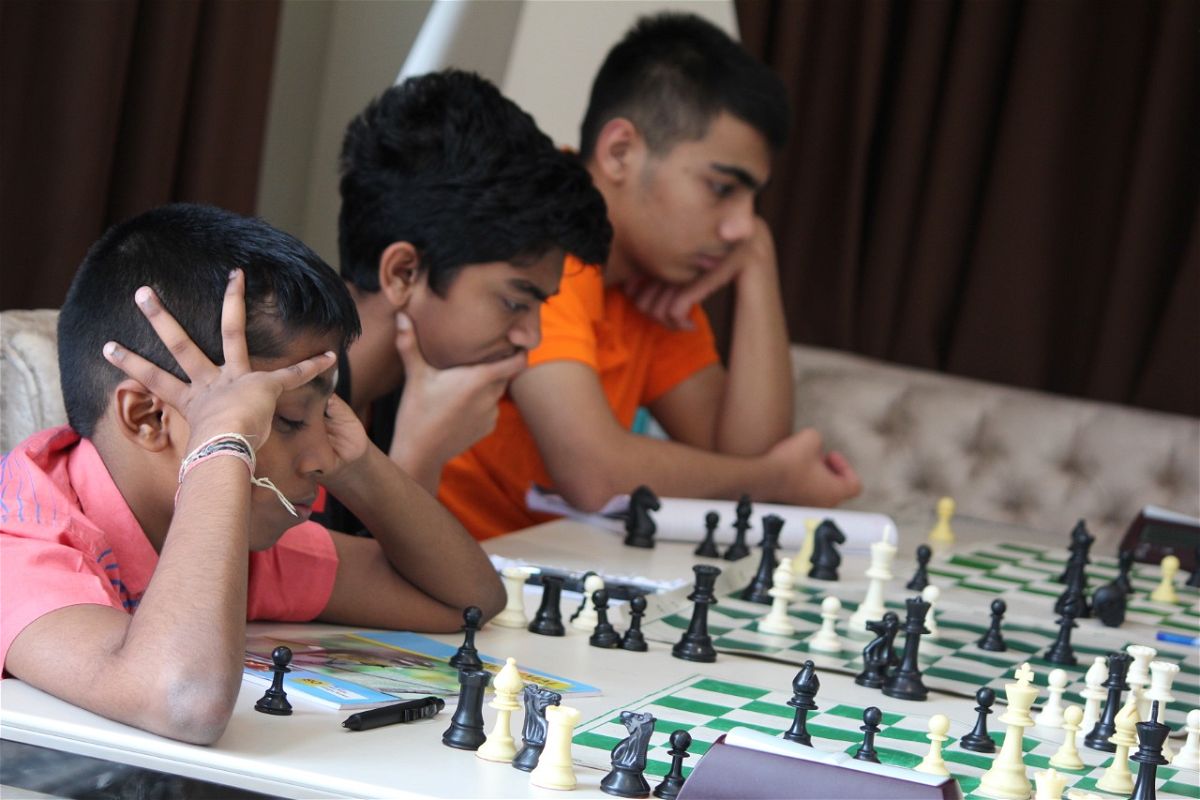 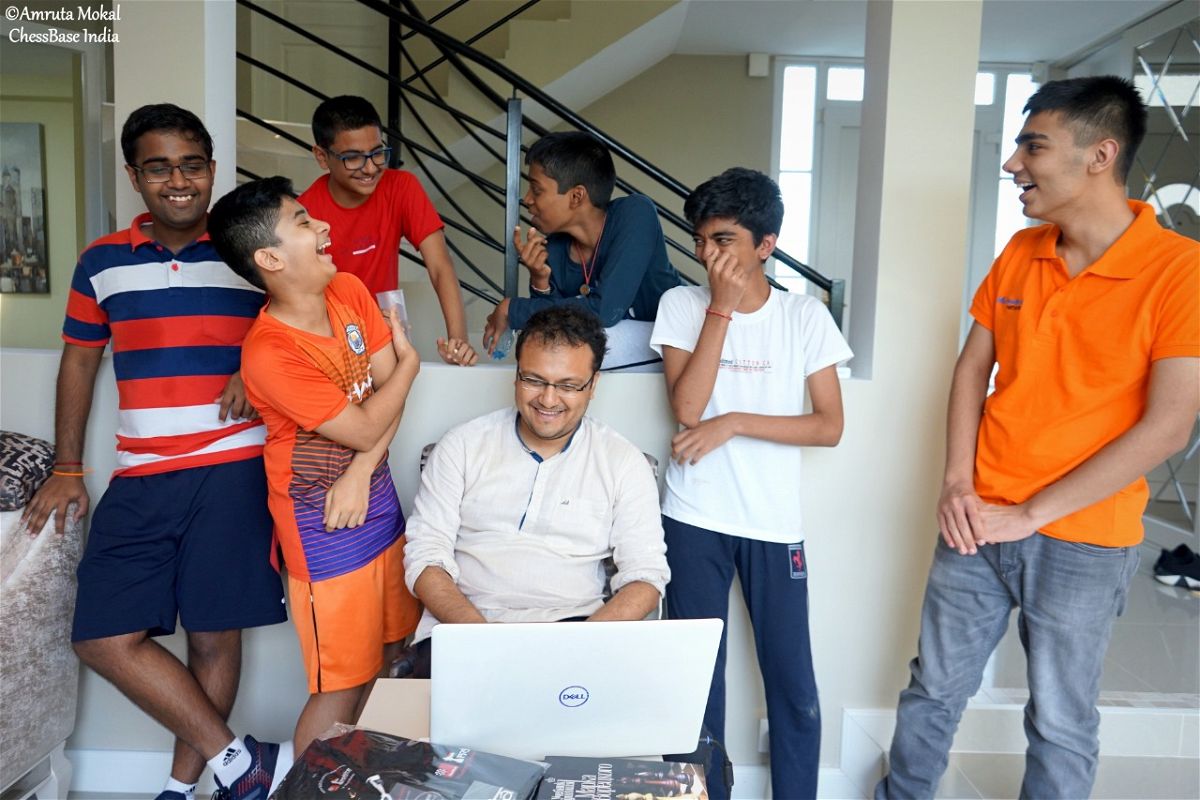 It's not just all about work, there's some play involved as well! | Photo: Amruta Mokal 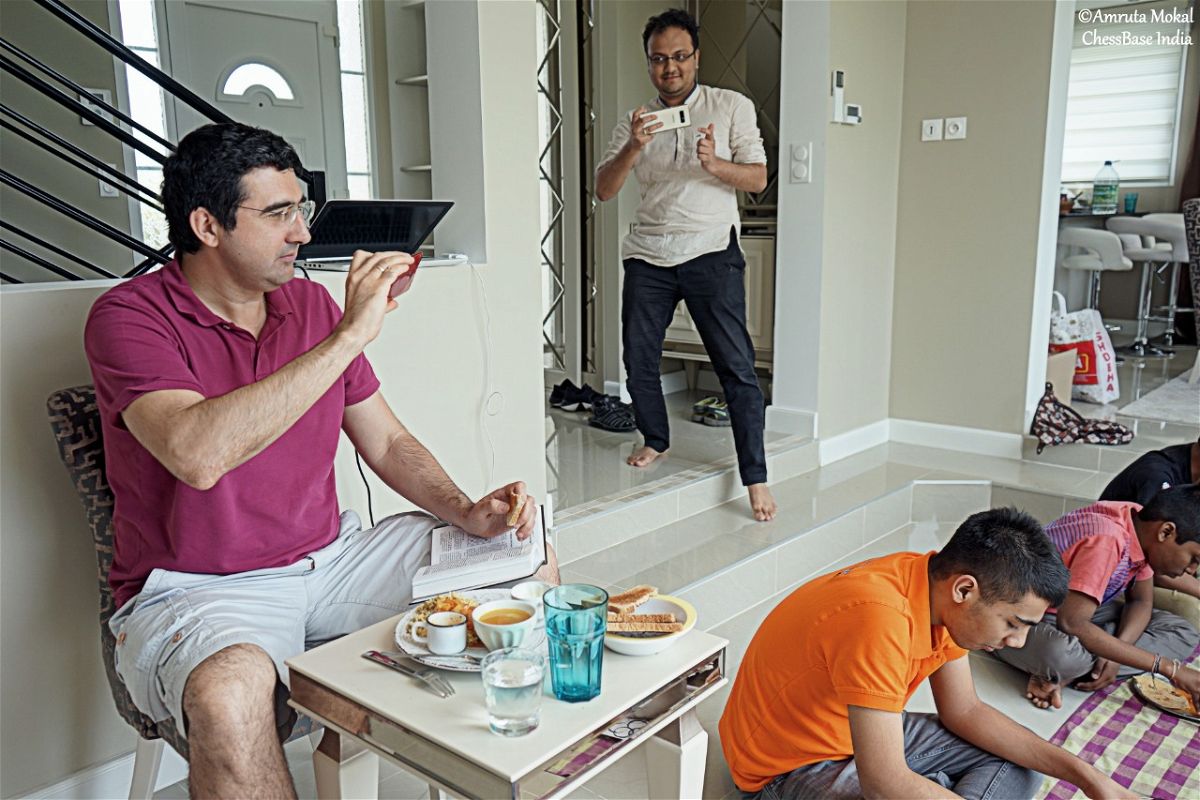 How do they eat with their hands?! Kramnik takes a picture of the youngsters to send to his friend Vishy! | Photo: Amruta Mokal 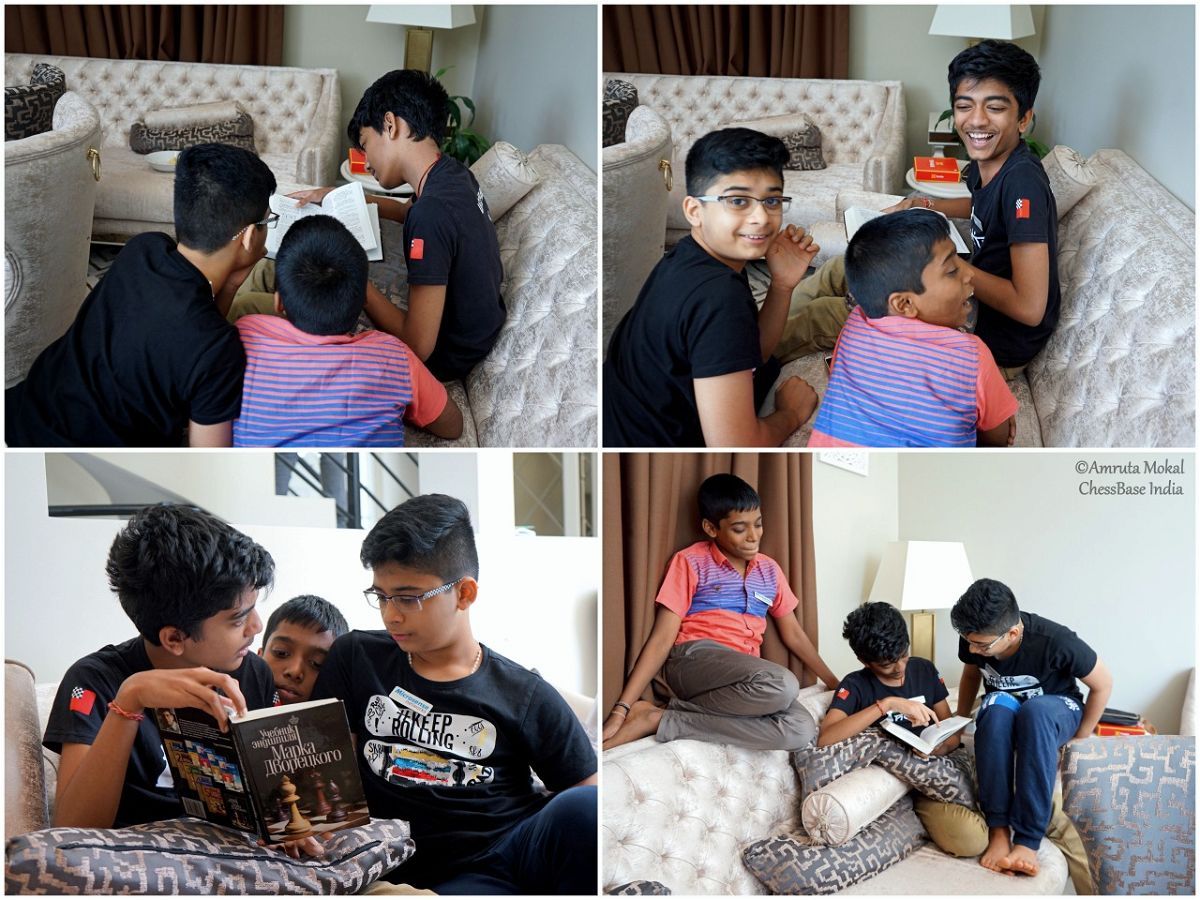 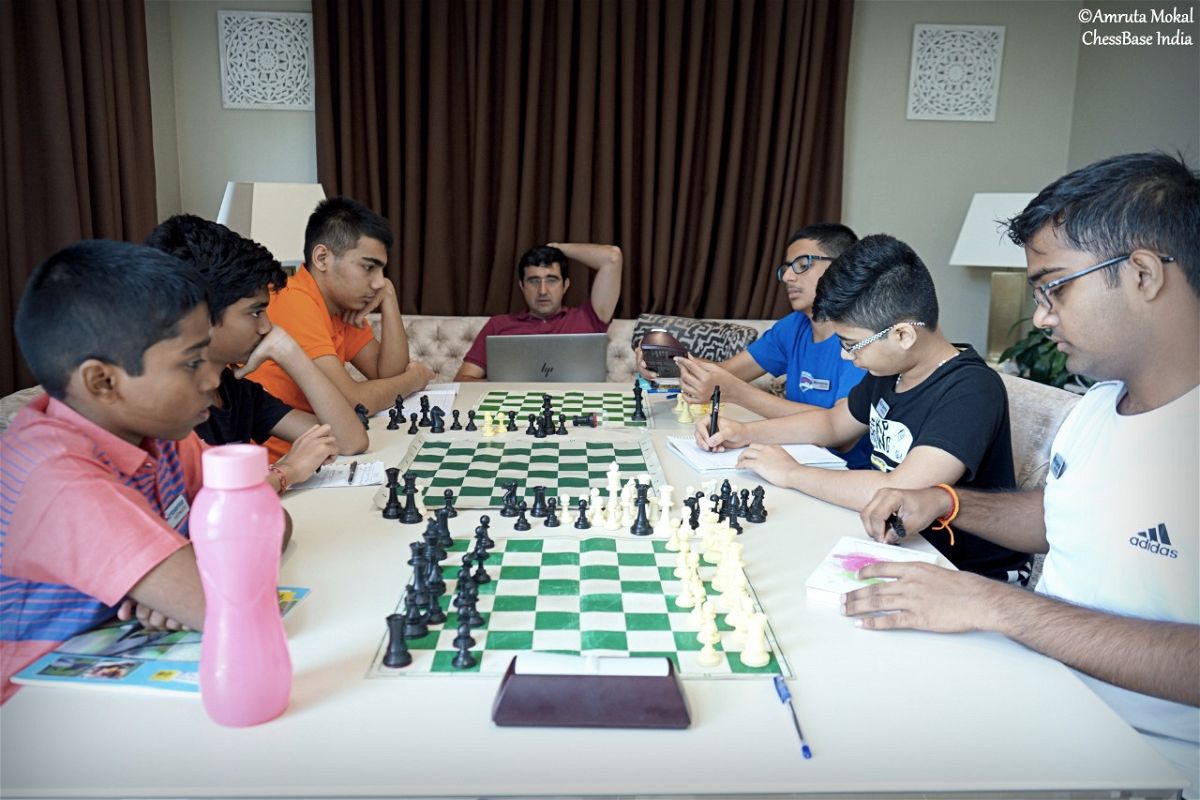 The endgame training continued on day two as well as Kramnik showed some of his brilliant endgame victories | Photo: Amruta Mokal

To cap off the day two article, we would like to give you one position to solve: 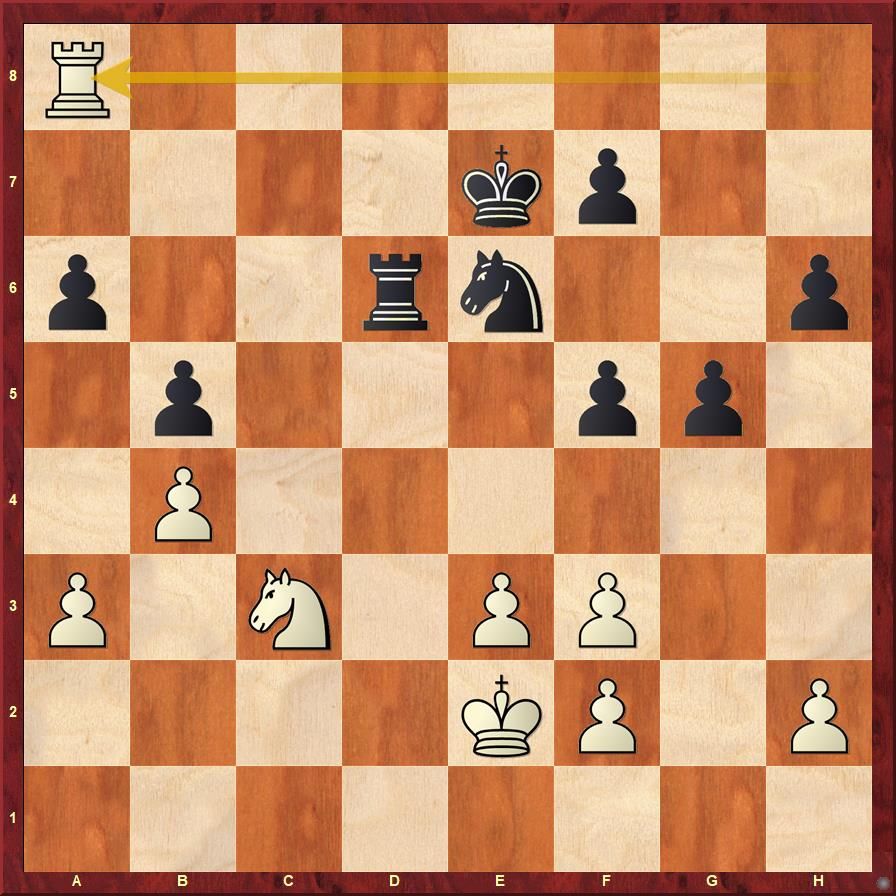 Black to play. What would you do if you were in Kramnik's shoes?

Let us know your answer in the comments section below. The solution to it will be given in the article tomorrow!