Fourth seeded Lokesh N scored 6.5/7 to win the final leg GMLs All India Rapid Rating Open, part of All India Chess Grandprix. Two other players Selvamurugan B and Senthil Maran also finished at 6.5/7 each and they were placed second and third respectively. Total 280 players participated in this one-day rapid rating tournament at Hindusthan Arts & Science College, Coimbatore on 23rd February 2020, organized by GMLs Academy. The tournament had a total prize fund of ₹1.25 lacs, Lokesh bagging the first prize of champion's trophy and ₹15000 cash. He will also be one of the top ten finalists of All India Chess Grandprix which will take place next month. Photo: Uma Maheswaran Palanisamy 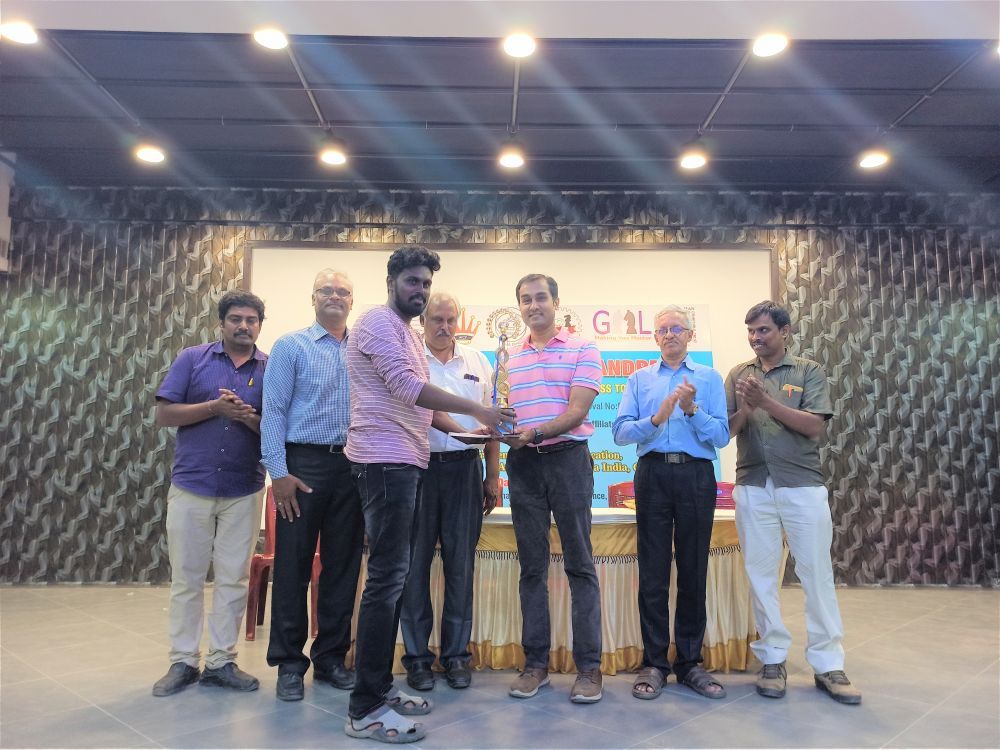 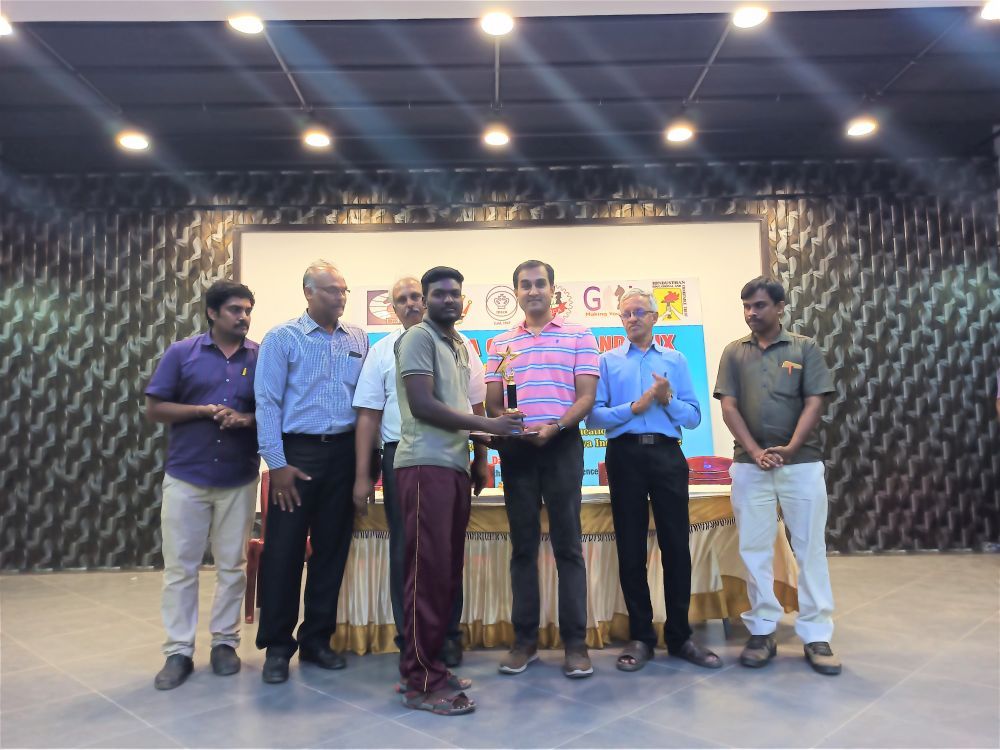 The GMLs Grandprix is the final leg of the five-series of rapid events. Others were held previously were in Tiruvarur, Sivakasi, Karaikudi, Madurai and now in Coimbatore. Each series had a similar prize structure of ₹1.25 lakhs with winner getting richer by ₹15000/-. The top ten players are allotted GP points which is accumulated to choose top ten players from the five grand prix series to play in a super final with a cash prize similar to the existing one, on 22nd of April 2020. The tournament had strong participants like top seed IM B T Muralikrishnan of Southern Railways, Syed Anwar Shazuli of ICF, Senthil Maran and IM A Ra Harikrishna to name a few. A total of 280 participants took part eagerly. 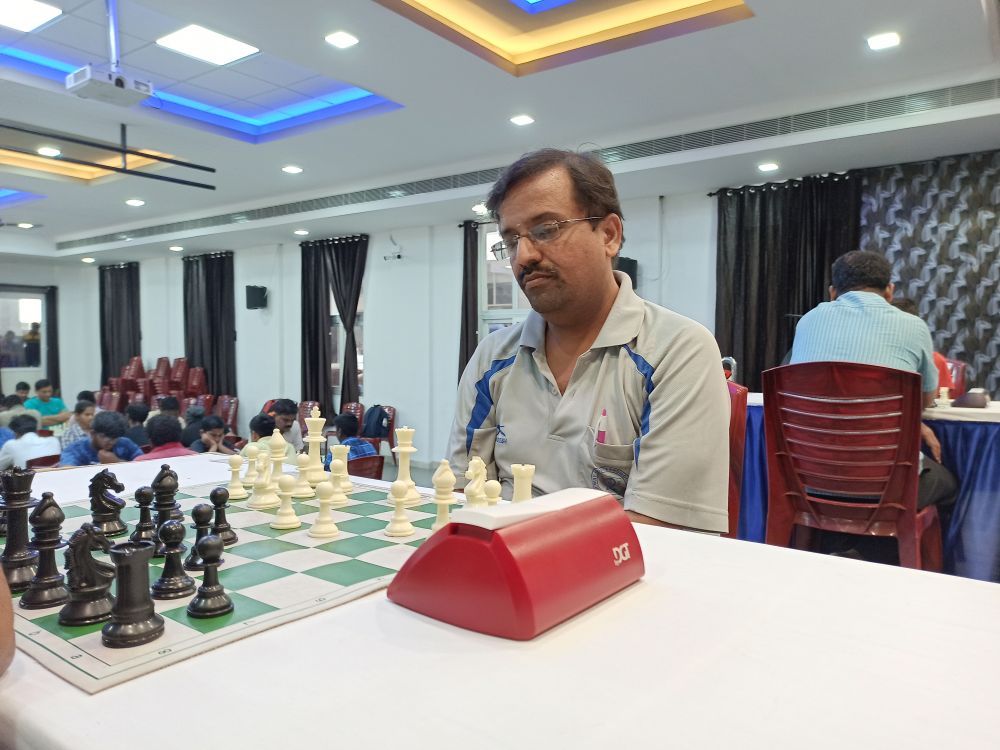