Meet Jubin Jimmy, the next super-talent from Kerala

He is quiet, demure, and barely fourteen, but the moves he makes on the chessboard are searing and way beyond his age. Jubin Jimmy from Kerala is undoubtedly the newest sensation in the country's junior chess circle. Already a strong fide master, he stunned no less than two Grandmasters and two International Masters in the Chennai GM Open recently and in the process earned his maiden IM-norm. Jubin gladly accepted to send us the annotations of his best games from the event and in today's article we look at them in detail and try to understand what makes this Malabar youngster such a promising talent. 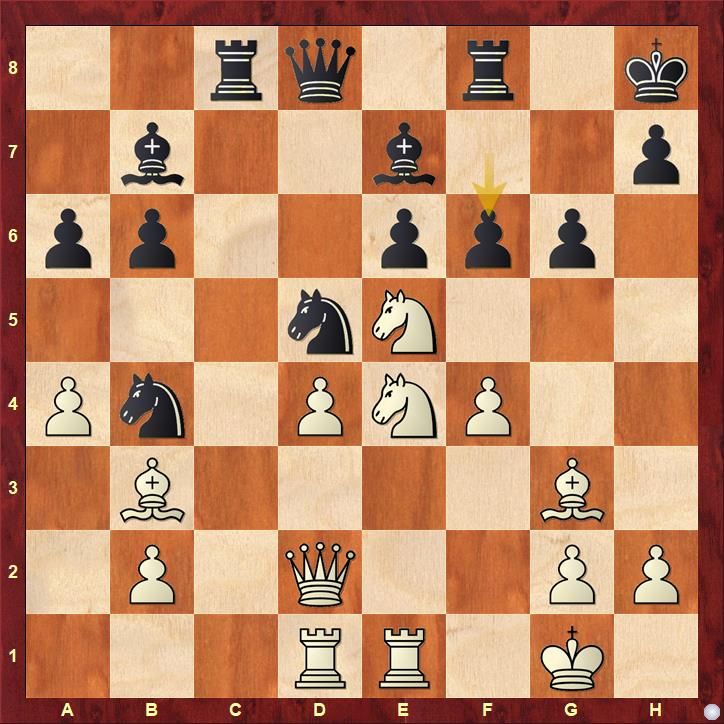 Let us begin our discussion with an intriguing puzzle, in the above position White has made good progress with his knights in the center and Black has just played the purportedly natural f7-f6 intending to kick the e5 knight away. So what should White do now? Does he simply retreat with a move like Nc4 or has he got something better at his disposal? This is from Jubin's final round encounter against the Russian IM Denis Eraschenkov. The challenge for you, dear readers, is to guess the move the young Keralian played here!

Jubin often avoids competing in just his age category and this is one of the reasons he is growing from strength to strength. He finished overall tenth in the Chennai GM Open and registered victories against seasoned Grandmasters like Kirill Stupak and Rodrigo Schroder | Photo: Niklesh Jain
Moreover, the 14-year-old also defeated two strong International Masters - Sayantan Das and Denis Eraschenkov - making an IM-norm in the process and gaining a whopping 84.2 Elo points.
Jubin scored a commendable 7.5/10 points and the only loss he suffered was in the hands of the seventh seeded Ivan Rozum | Photo: Jubin Jimmy 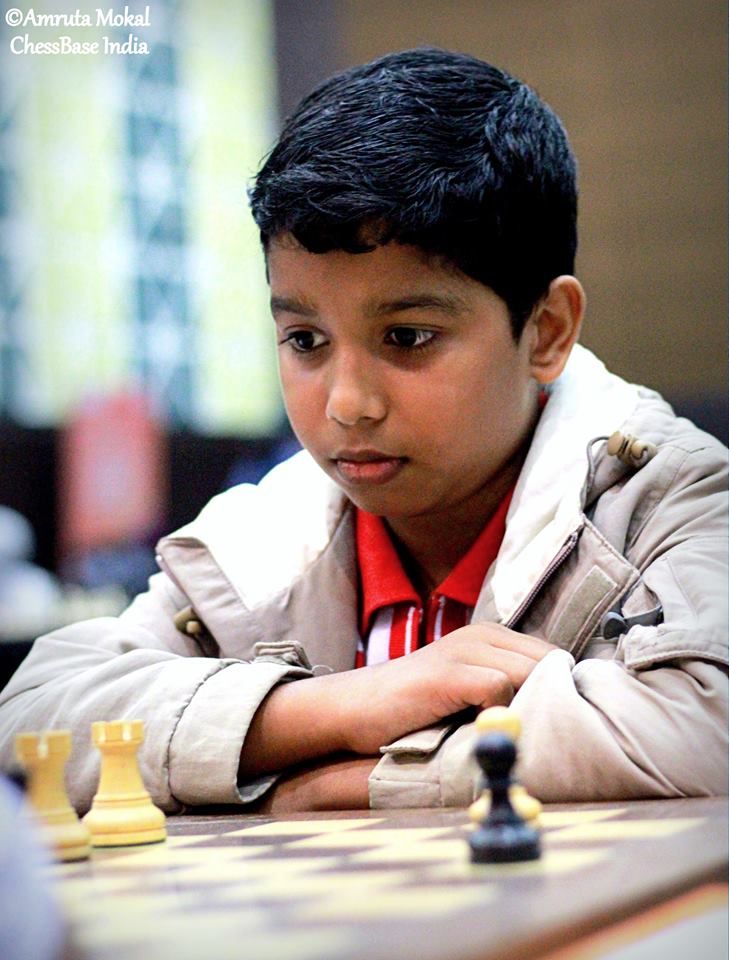 In the seventh round of the tournament Jubin played some solid bit of chess to defeat the strong International Master IM Sayantan Das from West Bengal. This was an English opening and the Kerala lad showed some very matured handling of the same with the black pieces. Let us now get into the details without further ado. 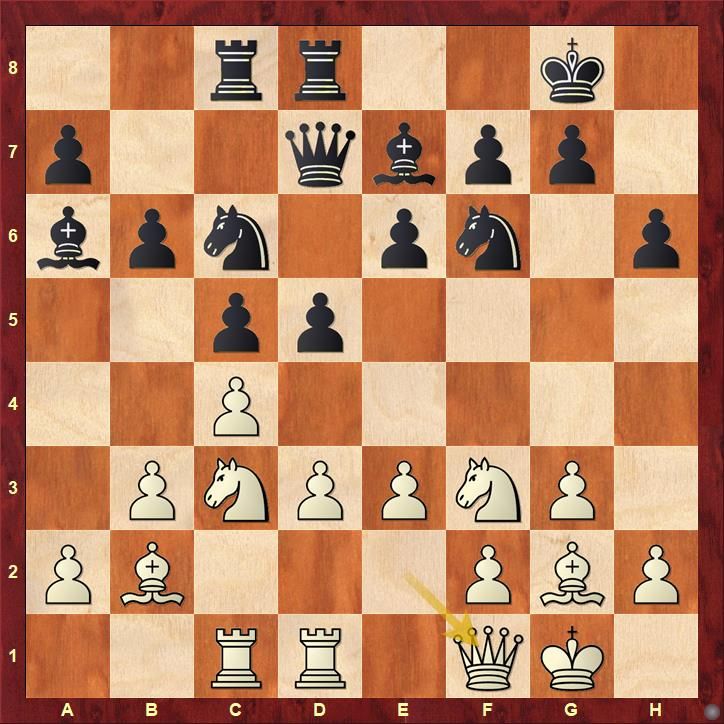 White steered the game into uncharted territory with the move 14.Qf1 which looked somewhat passive. He could have stirred up more tension with something like 14.Nb5 Qb7 15.d4 instead. 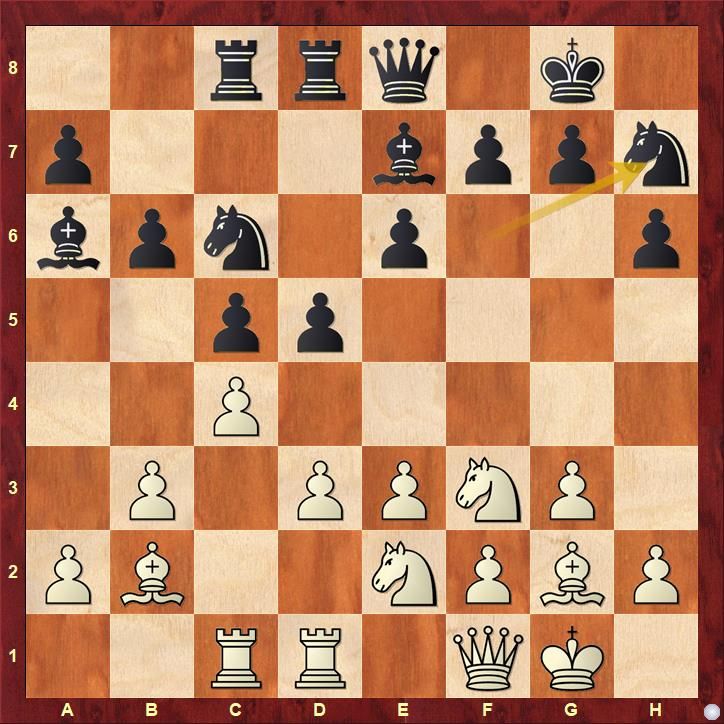 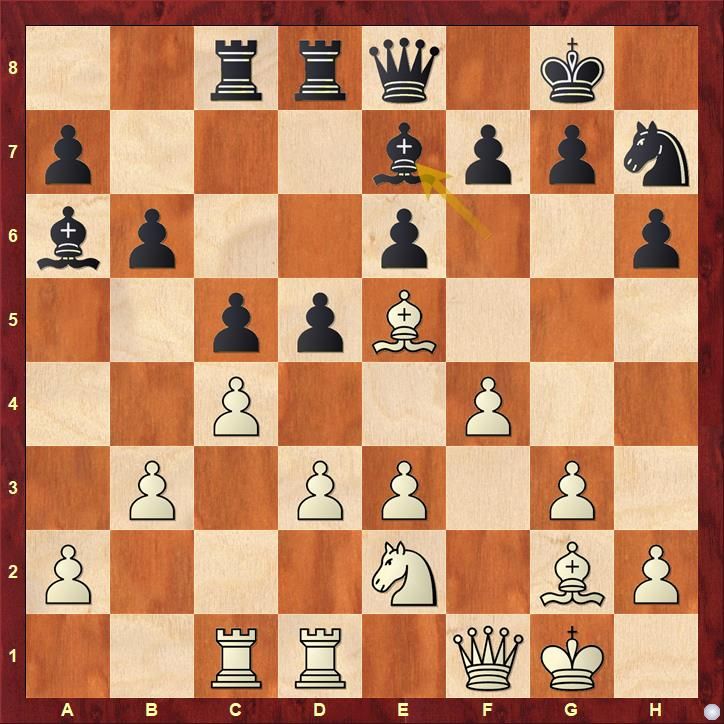 But then he retreated with Be7 intending to trap White's bishop on e5 with d4 and f6 ... Jubin was eager to keep the tension on board, he could have gone for an exchange on e5 and maintained the edge but he was hoping for more. 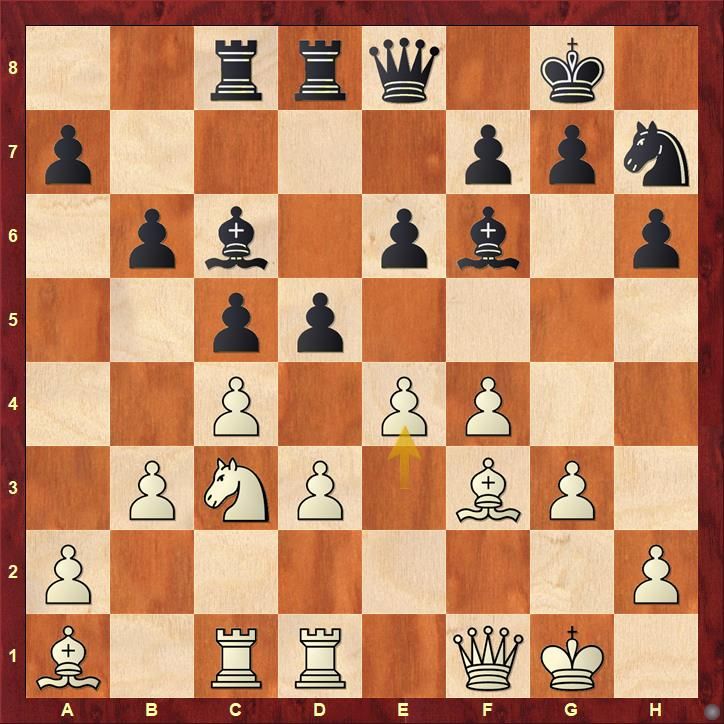 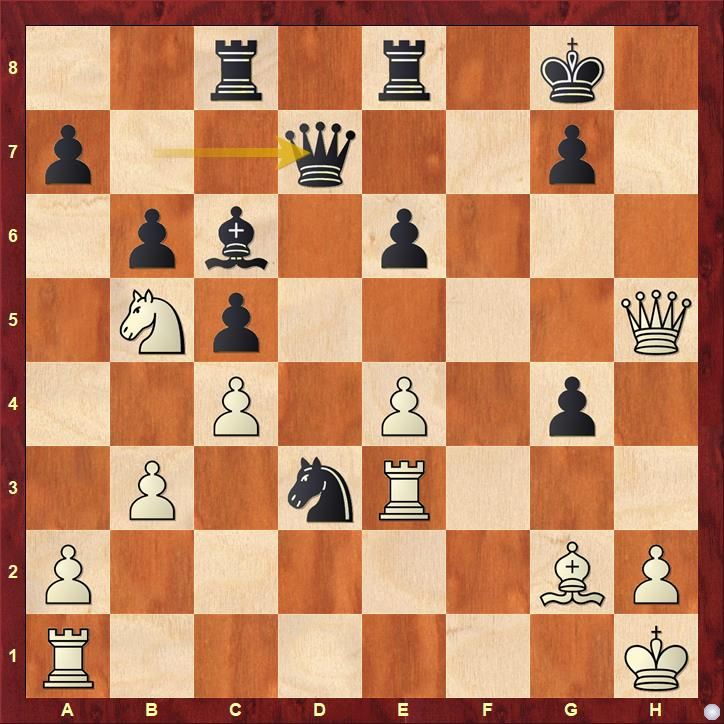 And soon things turned decisive. Black is already much better in the position above and pretty much has to give up an exchange with Rxd3, can you see why?

Well, to show what Black's threat really is let us make the silly waiting move 38.a4, this allows 38...Nf2+ 39.Kg1 Bxb5 40.cxb5 Nd1 41.Re1 Qd4+ and suddenly White faces a checkmate in four, there's no way he can prevent the standard Nf2+ Nh3+ Qg1+ smothered mate idea here. On the other hand, something like 38. Re2 defending the f2 square doesn't help either as Black gets a crushing position after 38...a6 39.Nc3 Qd4 40.Rc2 Rf8. All this clearly shows how the d3 knight is an extremely powerful piece and must be eliminated. The game thus followed 38. Rxd3 Qxd3 39.Qxg4 Bxb5 40.cxb5 and White had to accept a position where he was an exchange down. 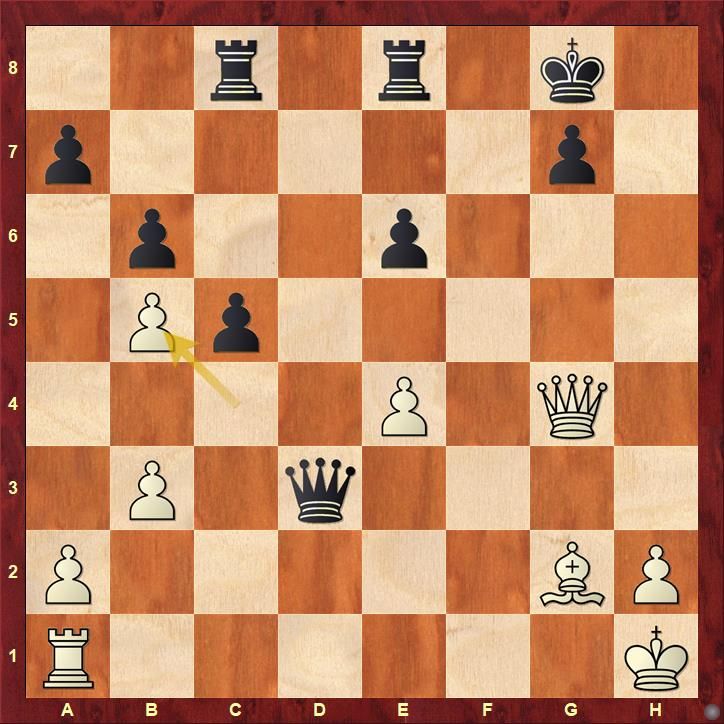 Position after 40.cxb5: Black was up an exchange and converted the rest of the game flawlessly from here.

Sayantan Das is someone who has been performing very consistently in various GM events of late. Defeating him was therefore certainly a big boost for Jubin and indeed it set the tone for what came in the very next round where the youngster fought a 74-move long complex battle to catch the spanish Grandmaster Rodrigo Vasquez Schroder in a surprising mating net. 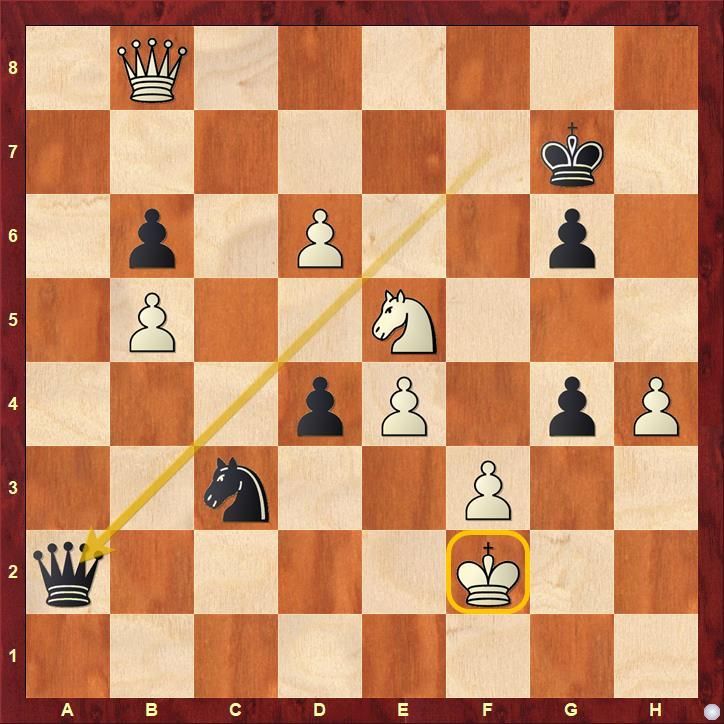 The tragi-comedy that happened in round eight! White is under check, where should he move his king? There is only one right answer, check out the full game below to know it!

A bolt from the blue!

If Jubin's encounter against Sayantan was subtly strategical, the one against IM Denis Eraschenkov in the final round was fiercely tactical. In this game he wielded the White pieces and went on the offensive right off the bat. 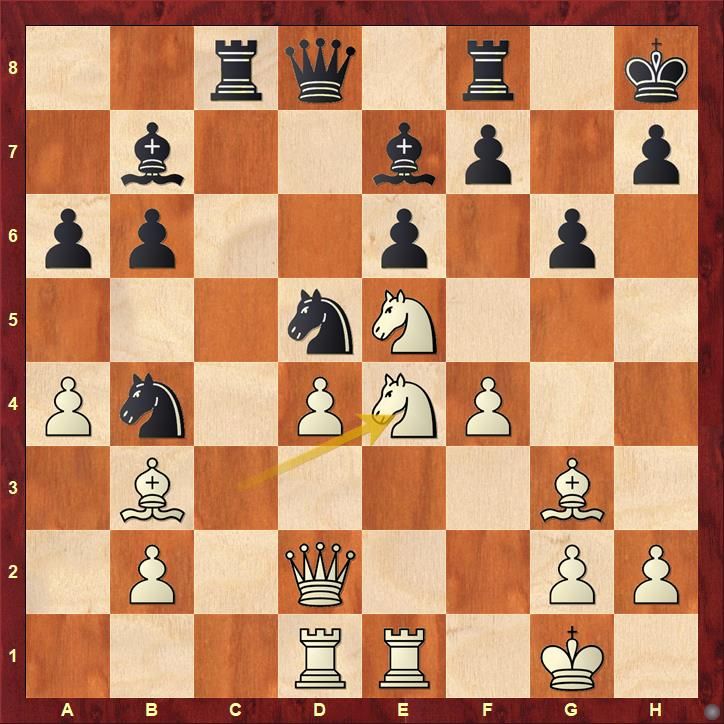 The critical moment came on move 18 itself when White played Nc3-e4. This is a tricky move and actually goads Black to take action, which in the game he did take with 18...f6, but this allowed White to launch a dangerous combination as has been hinted in the very beginning of this article! 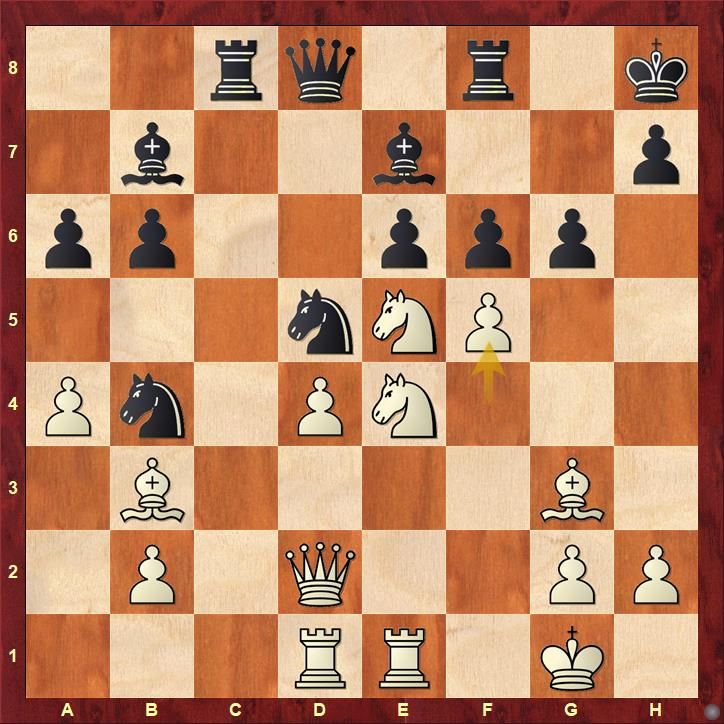 Going by the above performances it really seems that Jubin is a special talent. But he has been making strong performances for quite some time now. Here is one of his interviews from almost two years ago.
One more interview with IM Sagar Shah from 3rd Kolkata Open where he gained a whopping 154 Elo points!
Winning huge rating points is Jubin's superpower!
Jubin's father speaks about his struggles and how he quit his job to ensure that his son does well in tournaments.

After reading our article, a regular reader of ChessBase India newspage Karthik S from Bangalore wrote to us:

"Very well written article! It was treat read through it and watch the videos. I had the privilege of sharing the room with this kid and his dad at Goa international 2018, even though I wasn’t allotted that room, his dad and the kid let me stay there - his dad is so humble. I had hurt myself while waking on the beach and he let me stay with in the room that was allotted for him and his son. And not only that, they even let me sleep on the only bed available in the room, compromising their comfort. The reason I can’t forget that day - I had hurt my right hand very badly, it swollen when I slipped and fell on the beach - this was even before the start of round 1. So the bottom line in they both inspire on board as well as off board."