Top seed of the tournament Pavel Ponkratov scored an unbeaten 8.0/10 to clinch the championship. He won the Dr. N Mahalingam Trophy and ₹300000 cash prize for his efforts. Seven other players also finished at the same score. They were placed according to their tie-break score. Jose Eduardo Martinez and Sergei Yudin secured the first and second runner-up positions respectively. Among the Vishnu Prasanna was the only player to finish shared first, eighth according to tie-breaks. Total 284 players participated from 21 countries including 29 GMs, 23 IMs and 3 WGMs. The tournament was organized by Tamil Nadu Chess Association at Novotel and IBIS Omar at Chennai from 18th to 25th January 2020. Photo: IA R Anantharam

In the eighth round, Ponkratov made a short theoretical draw in Giuco Piano just 14 moves against the eventual second runner-up, compatriot Sergei Yudin (RUS, 2508). In the ninth round, he faced the then sole leader of the tournament GM Stanislav Bogdanovich (UKR, 2562). 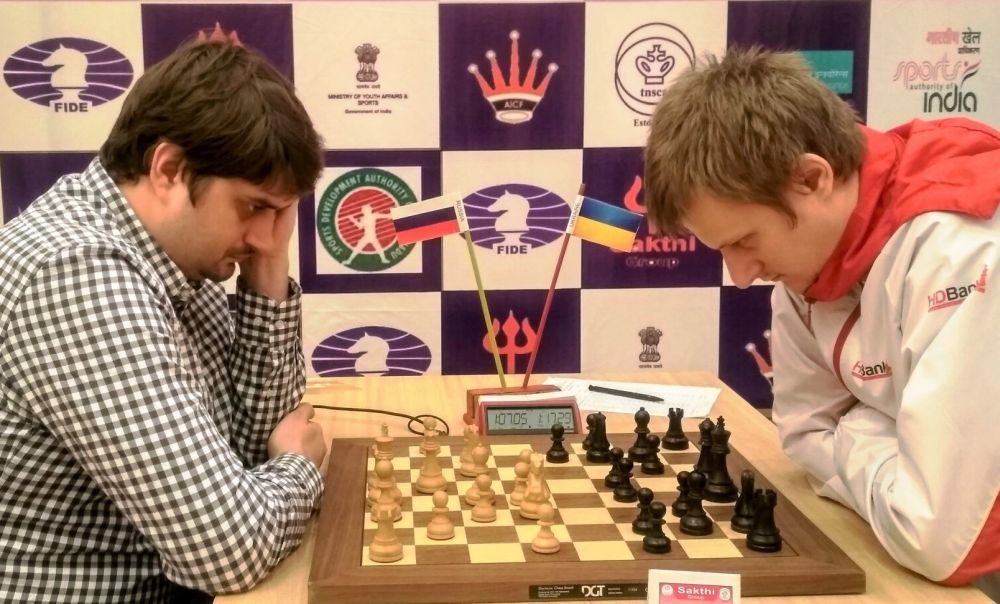 Ponkratov got a pleasant position out of the opening against Bogdanovich. 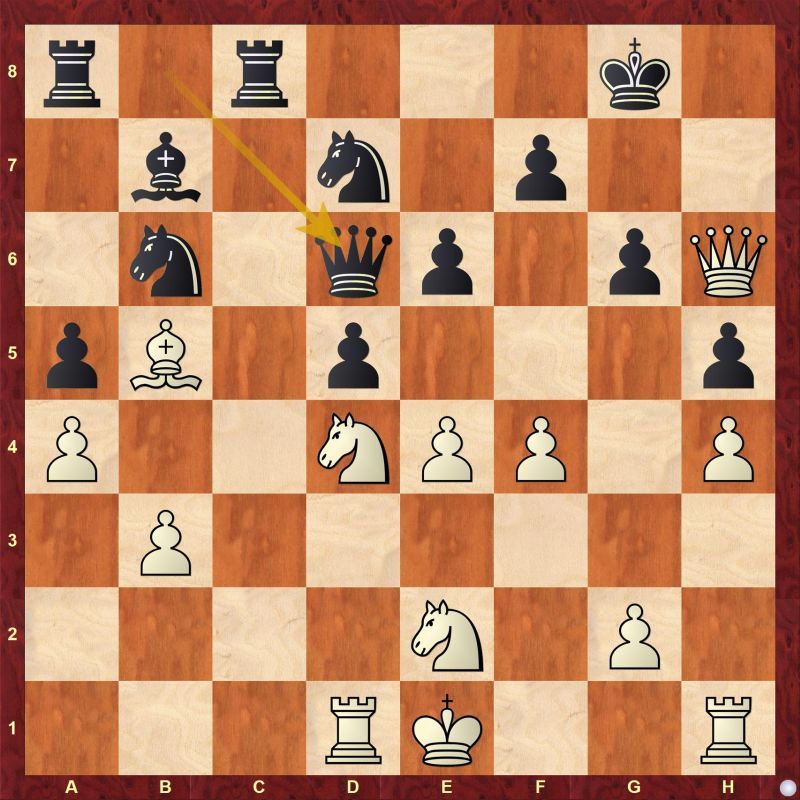 White is completely dominating the position. Find out the best continuation after 25...Qd6

In the final round, Ponkratov made a comfortable draw with compatriot GM Ivan Rozum (RUS, 2573) in 42 moves as he just needed a draw in the final round to win the tournament. 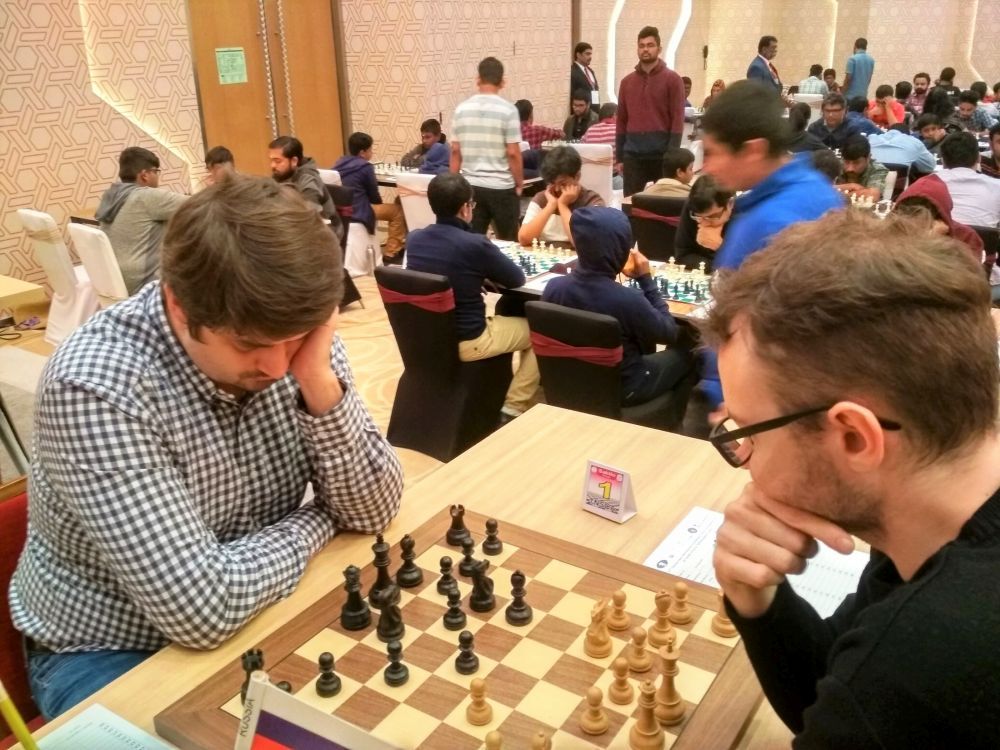 After making two consecutive draws in just 32 moves in both round 8 and 9, Martinez defeated GM Venkatesh M R (2501) in the final round to secure the runner-up position and win ₹200000 cash prize. 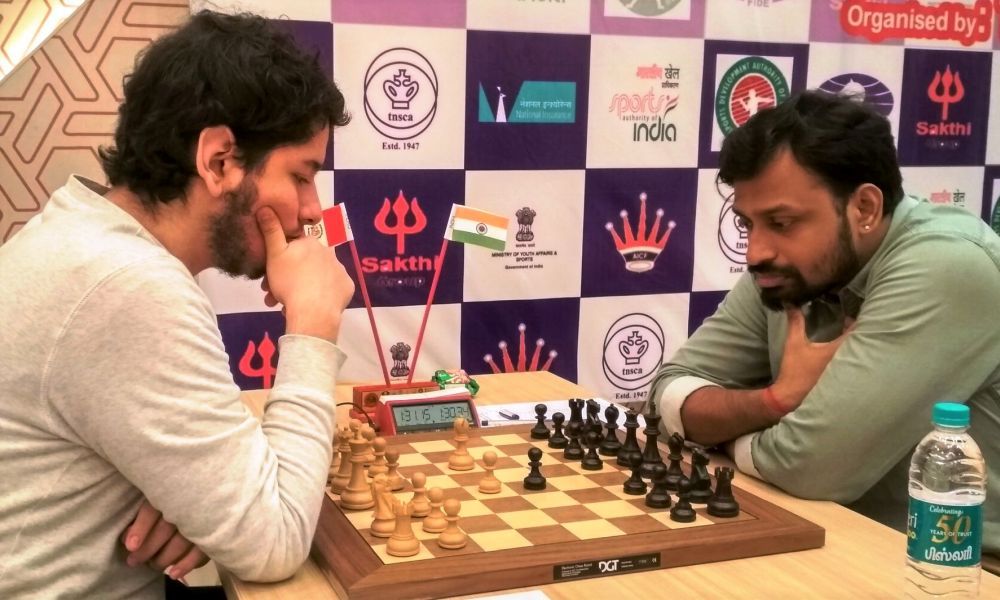 Martinez's victory in the final round earned him the runner-up position | Photo: R Anantharam

It was evident that despite having the black pieces, Venkatesh kept pushing for an advantage out of the Bishop's opening. Eventually in the endgame, he managed to get advantage too. 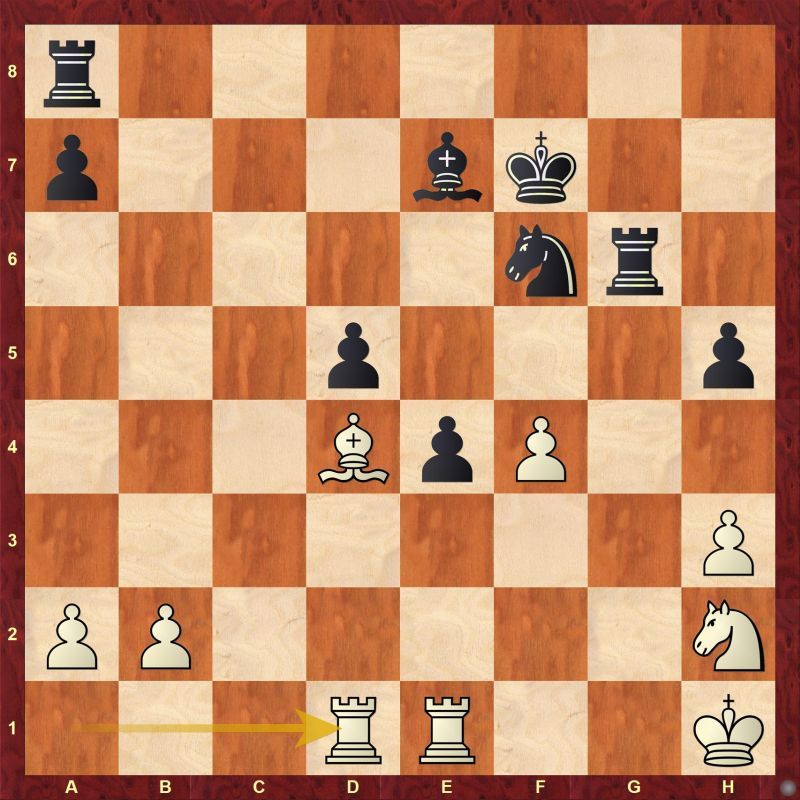 Venkatesh continued with 33...Rc8. However there was a better continuation. Try to find it. Black lost the game in another 15 moves.

GM Sergei Yudin (RUS, 2508) scored a crucial victory in the final round against IM Al Muthaiah (2367) to secure the third position and receive ₹125000 cash prize. 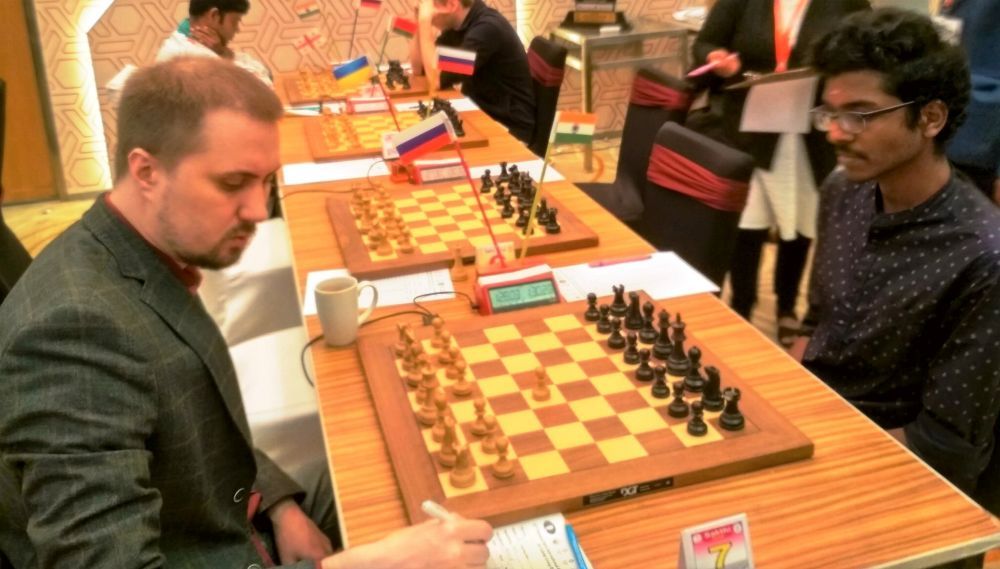 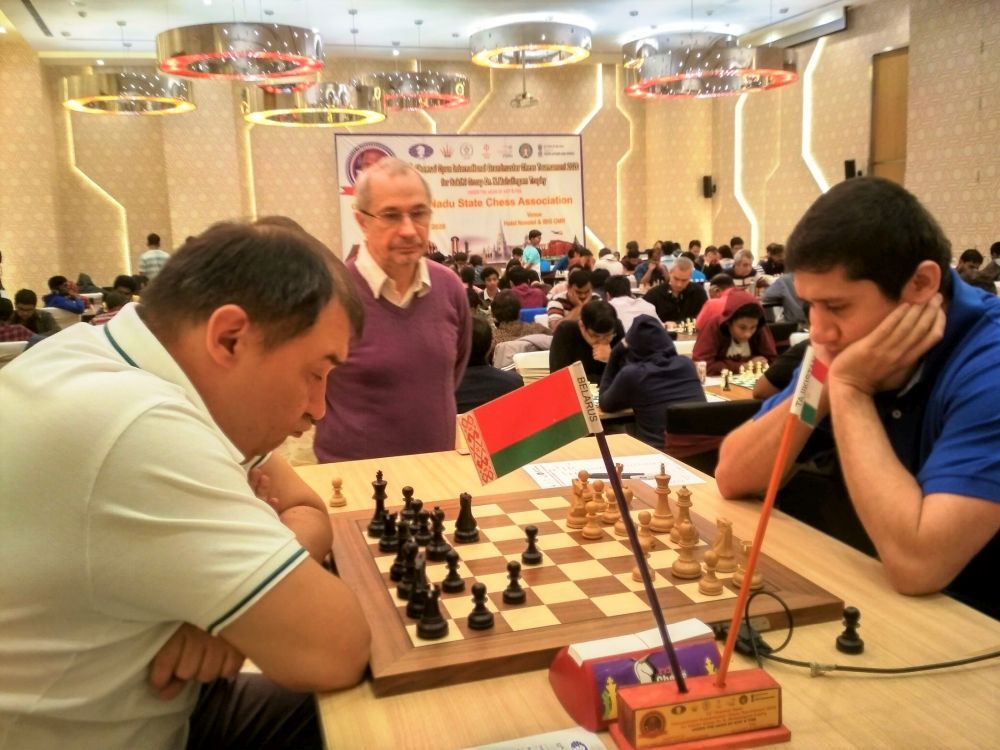 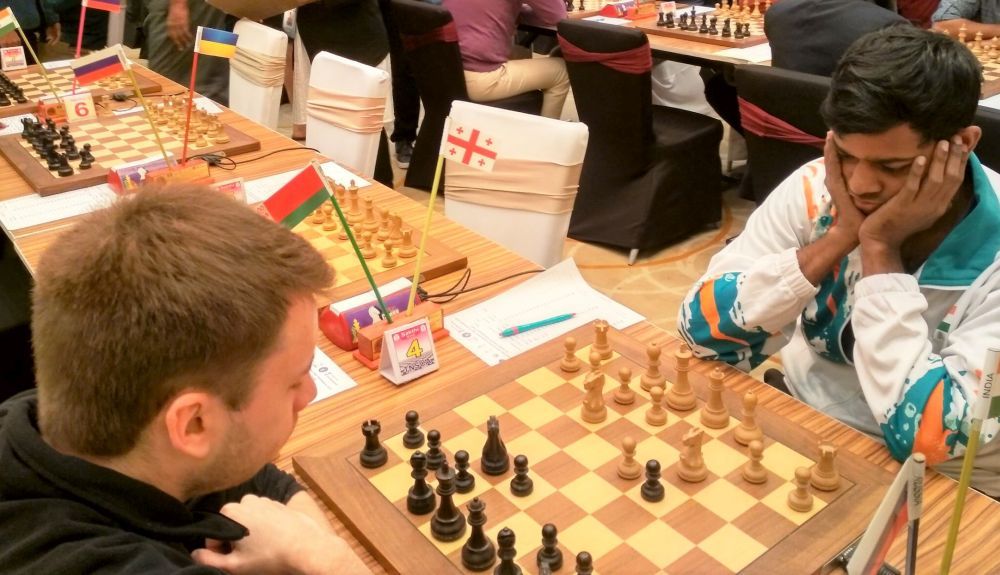 Vishnu scored a marathon 95-move victory in the final round | Photo: R Anantharam 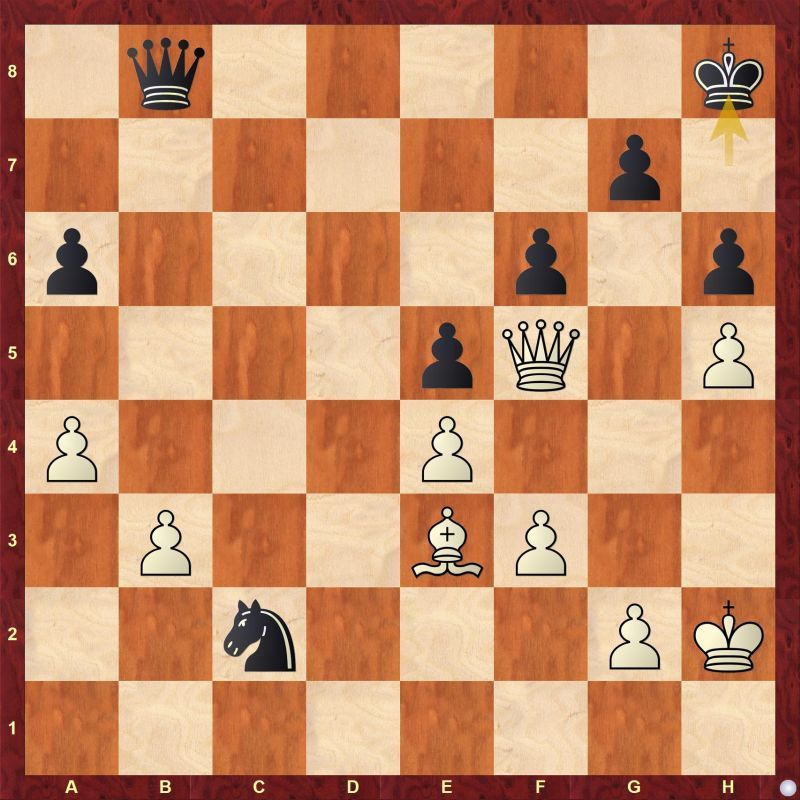 Vishnu enjoyed a decent advantage out of the Semi-Slav opening. However only in the endgame white got an opportunity to make a substantial advantage and White did that. What was the continuation here? 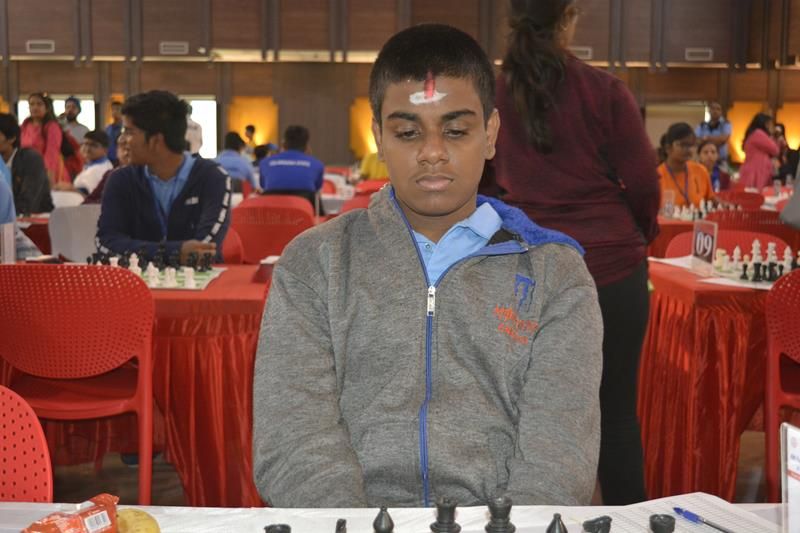 Harshavardhan G B made an IM-norm by scoring 6.5/10 with a performance rating of 2385 | Photo: IA Jitendra Choudhary 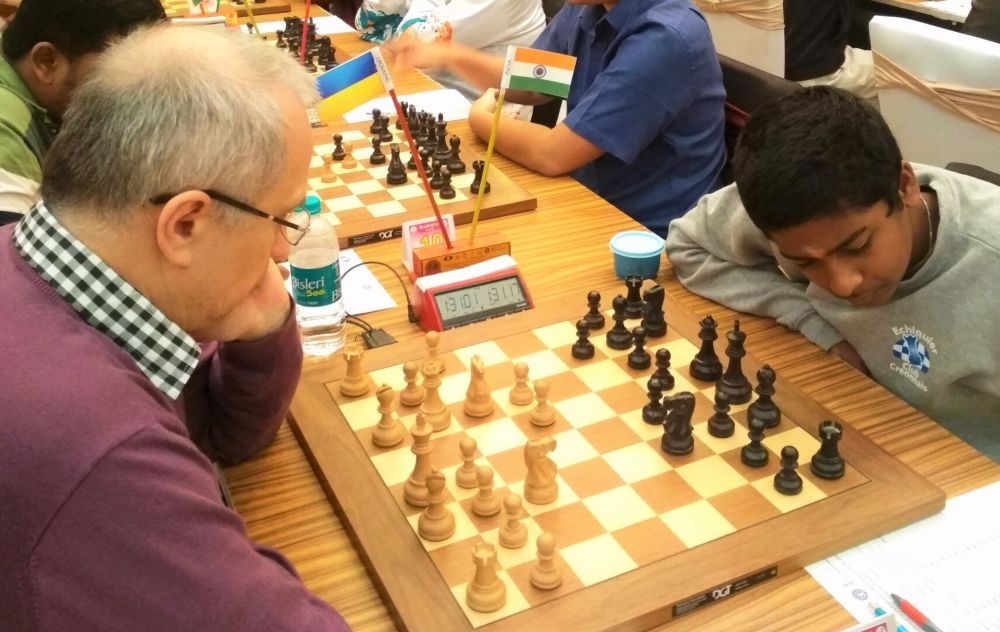 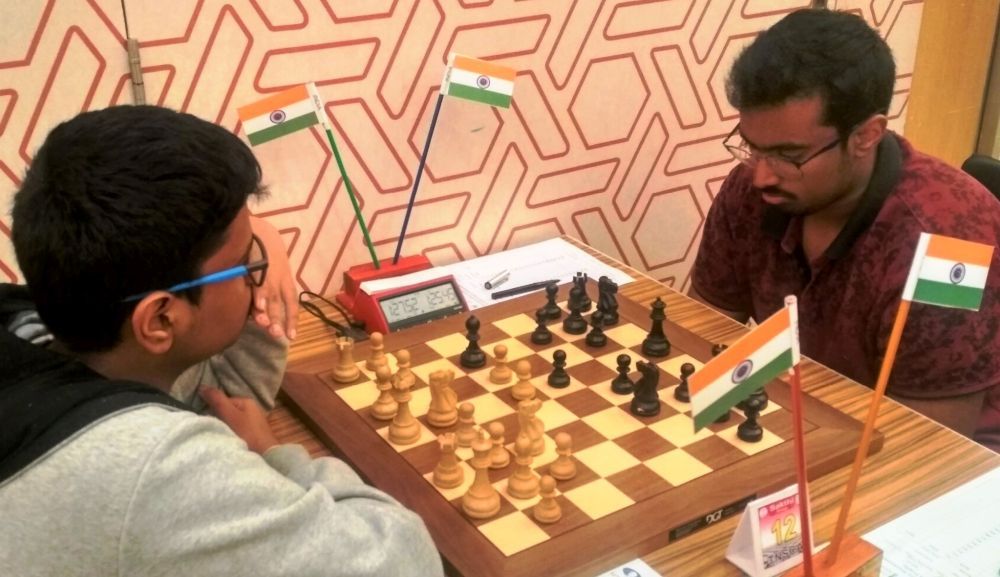 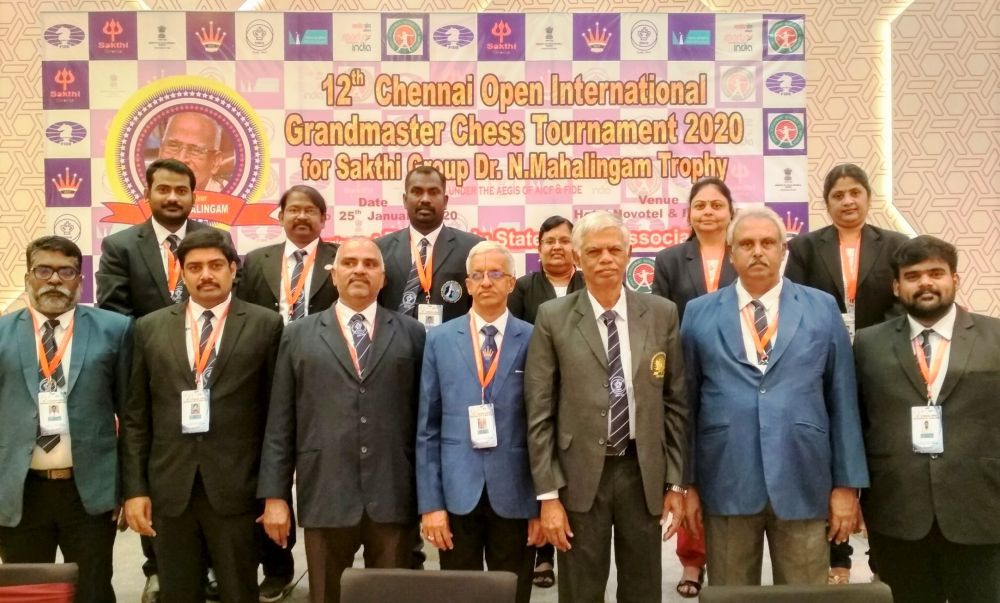 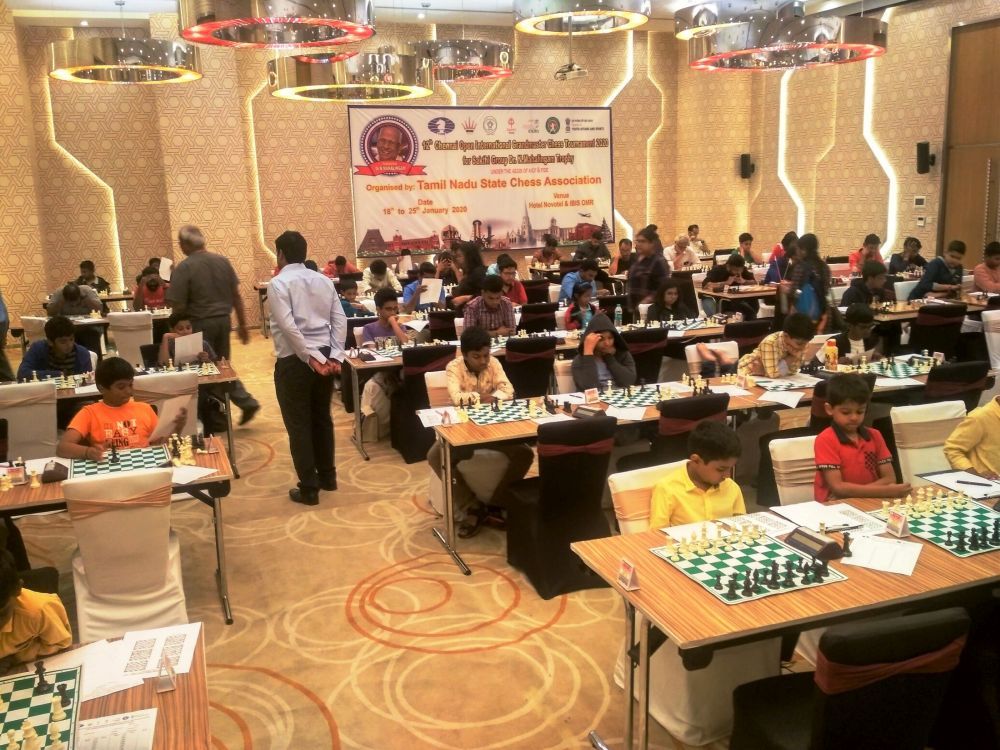