India's Beth Harmon would need to be brave

The Netflix mini-series The Queen's Gambit has taken the world by storm since the day it was released on 23rd October 2020. It has broken many records and improved the statistics in the favor one of the oldest sport in the history of mankind. Entire chess universe, general audience and critics have acclaimed the series on many fronts. The involvement of Garry Kasparov and Bruce Pandolfini definitely played a key role in the success of this, not to forget the involvement of the founder of Chess Boxing Late Iepe Rubingh too. WFM and FI Tarini Goyal takes a look at what it would take to be India's Beth Harmon in this article. Photo: Shutterstock 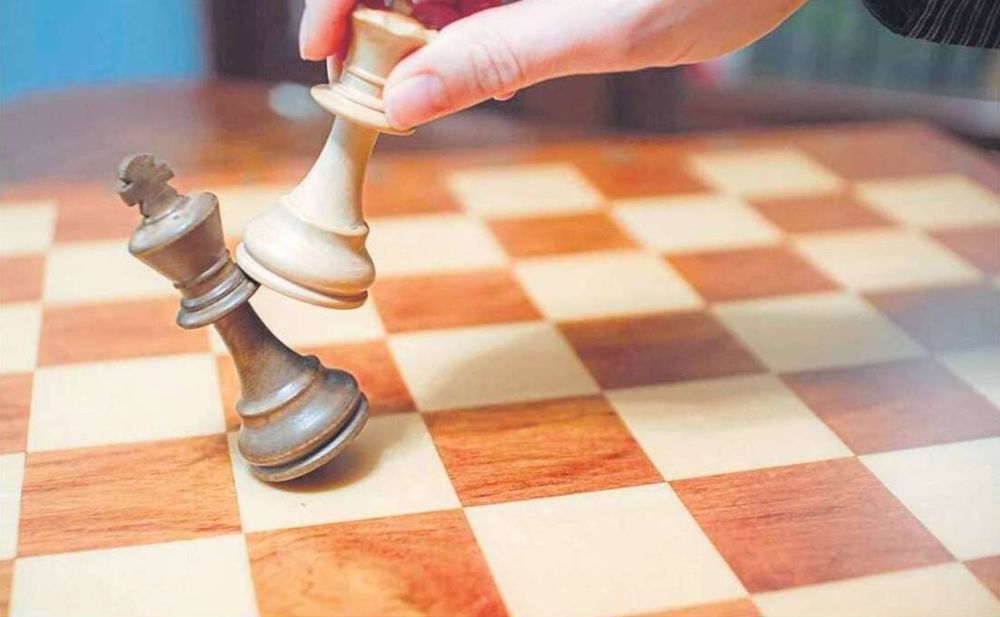 The multiple struggles girls face in the chess world make the likelihood of their breaking the glass ceiling tougher | Photo: Shutterstock

As the world remains glued to the surprise Netflix hit of 2020, The Queen's Gambit, the long drawn question of why female players perform worse than their male counterparts has resurfaced with greater vigour. While researchers including psychologists and mathematicians have not been able to establish a definite correlation, both male and female players themselves have had useful (or maybe not!) insights to contribute to the matter.

According to the universal FIDE Ratings, there is a stark gap between men and women in the rankings with only one female player in the World's top 100 players. Closer home, India has only two females out of 66 Grandmasters.

Here, the multiple struggles girls face in the chess world make the likelihood of their breaking the glass ceiling tougher. Commonly ascribed causal factors hindering favorable outcomes for female players include externalities such as societal pressure, travel issues including safety and often extra costs of being accompanied by a guardian and instances of discrimination or harassment.

Lower participation rates are one of the many reasons that women don't make it to the top. Simply put, if a classroom only has 10 girls out of 50 children, then the probability of a girl finishing first is just 20% and that of a boy doing the same is 80%. But by this logic, we would definitely expect at least one girl to make it to the top five, which is not always the case in chess.

Strength does not mean having an athletic built

On the personal front, apparently girls have lesser physical strength to maintain the stamina and accuracy for four to six-hour matches and grueling 10-hour training days. Although maintaining fitness is extremely important in chess, not having an athletic built does not act as a deterrent in one's performance up until a very advanced level.

Many also argue that girls are more caring and lack the fighting spirit. A majority of chess players regard this as an 'innate' feature of female players. However, it has more to do with the way girls are conditioned from the time they are toddlers. Our expectations from girls are sky high in terms of behavioral and emotional conduct while boys are allowed mischief even when they could be doing something potentially wrong. Girls are shunned for getting themselves in a risky spot while boys are applauded for the same. "We're raising our girls to be perfect and we're raising our boys to be brave" was mentioned by Reshma Saujani, an American lawyer and politician, and founder of the tech organization, Girls who Code.

Shedding light from a different perspective, Beth Harmon in The Queen's Gambit actually benefited from staying away from 'normal' life and aloof from the generic code of conduct as she did not have to live up to society's norms of being 'perfect'. She did not shy away from claiming that she was the best candidate to win even before the tournaments began.

The story is different for girls in the real world. While competing in the U-16 Open (boys) category in the Commonwealth Championships a few years back, I found it hard to imagine that I could actually win the gold even after I had defeated the top seed and was leading the pack. The gender conditioning of fear and self-doubt always lurks subconsciously. And so it happened, low confidence while playing in the boys' section did not help me win the medal in the tournament. Later that year, while competing in the World Under-20 Open (boys) Championship, a European player casually mentioned during post-game analysis, "You are not like most other girls". I would rather say, most girls are made risk-averse even before they find what lies on the other side of the spectrum.

No treading on the path less travelled

This is another reason why girls drop out early on from the sport. Those who are already good at mathematics and science prefer to pursue a safer field than chess as it requires one to tread on the path less travelled and have a higher risk appetite. Even if the monetary aspect is taken care of, they would still prefer academics as there are lower stakes and they would not have to think about the consequences of failing miserably. Essentially, we are wired to take the risk averse stance on and off the board even if it's something we do not really want.

Nevertheless, there have been a few cases when young girls in our country have managed to prevail over innumerable hindrances, thereby becoming a source of inspiration for others. Vaishal R, 19, has managed to win medals in the Open section in many category tournaments. Divya Deshmukh, a rising star whom I worked with during the Indian junior camps, used to crack positions even faster than the boysy who were technically supposed to be better than her.

The wrangle here is not whether girls have the ability to ever match up to boys or not, it is whether we are willing to foster and train them to do so. A sport that has been male-dominated for the past 100 years can definitely turn into an equal opportunity one in the next 10 years if there is enough stimulus for girls to falter and strike again, and to do so over and over again for as long as it takes.

India is woefully placed at 122 out of 162 countries in the Gender Inequality Index (GII) released by the United Nations Development Programme. The report forecasts that it may take 202 years to close the gender gap in economic opportunity. Establishing more female achievers in any sport would go a long way in improving the overall status of women and further creating a positive outlook for the country.

India's Beth Harmon would have to shed the timidity and be a valiant fighter on the battlefield, breaking all the shackles that she has grown up with.

Tarini Goyal is a former National Under-9 Girls, Asian Schools Under-11 Girls Standard and Blitz, National Schools Under-13 Girls, Chandigarh State Under-17 and 19 Girls and Open State Champion. She has also won Silver in Asian Youth Under-10 Girls, Silver in World Youth Mind Sports Under-14 Girls Blitz, Bronze in Asian Youth Under-8 and 10 Girls, third in National Under-11 and 17 Girls. Currently she is studying BA (Hons) Economics in Shri Ram College of Commerce in Delhi.