When you sit opposite the World Champion it is already a difficult feeling. You know that man is the best chess player on the planet and when he gives it his all, he is able to perform at an Elo of 3000 like he did at Shamkir just a couple of weeks ago. But for a 14-year-old such statures and titles do not matter. Youngsters are fearless and that is what Vincent Keymer showed in round one of the Grenke Masters 2019. He fought for nearly 6.5 hours against Magnus Carlsen and made the World Champion stretch for the full point. In fact the position was even until move 67 but then Keymer blundered. This was the only decisive game of the day. Vishy Anand playing MVL with black drew easily with the Caro Kann. Full report. 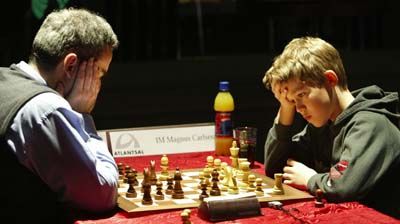 In 2003, 13-year-old Magnus Carlsen got the biggest opportunity of his life to play against Garry Kasparov. 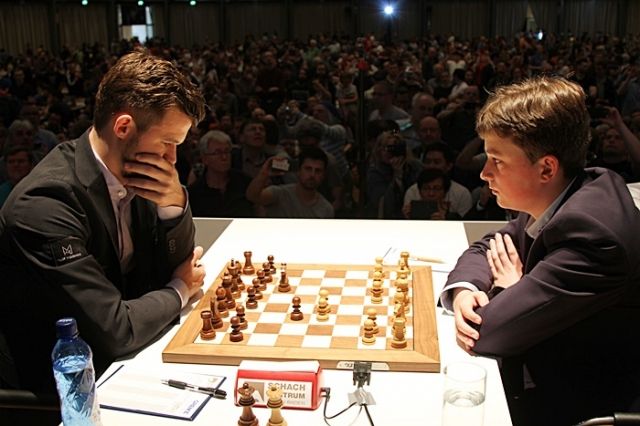 14-year-old Vincent Keymer got the biggest opportunity of his life to play against Magnus Carlsen in round one of Grenke Chess 2019 | Photo: Georgios Souleidis

Life has come a full circle for Magnus. He has etched his name as one of the legends in chess and facing him is a moment of immense pride for just about any youngster. For 14-year-old Vincent Keymer, a first place finish in the Grenke Open 2018 had given him a chance to play the Masters in 2019. And he faced the toughest challenge right in round one as he was up against World Champion Magnus Carlsen. 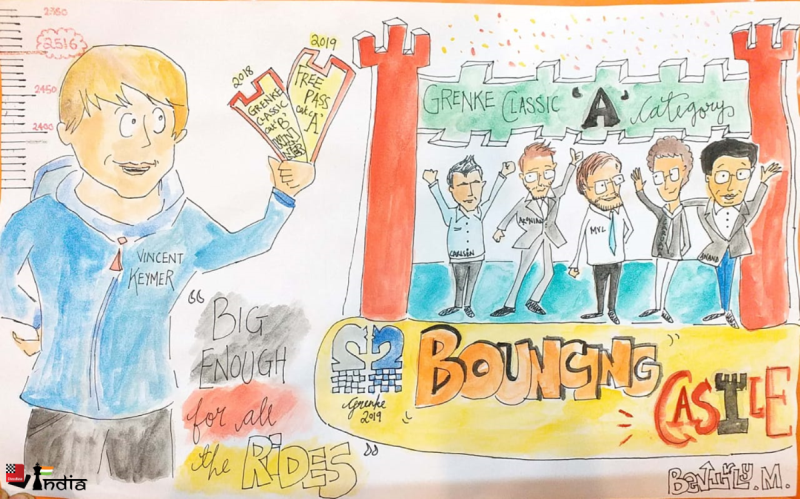 Vincent Keymer has his ticket for the Bouncing Castle ride with the big boys! | Photo: Beverly Mendonca 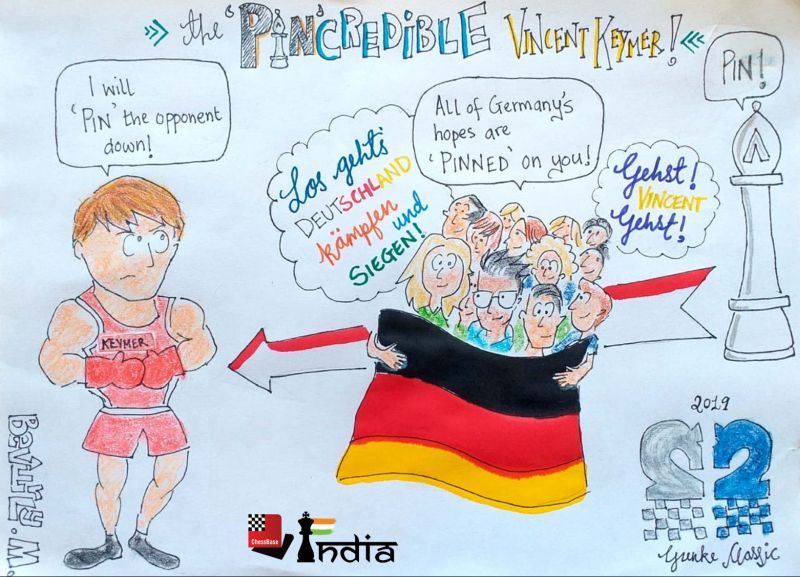 The hopes of an entire nation were pinned on Vincent! | Art work by Beverly Mendonca 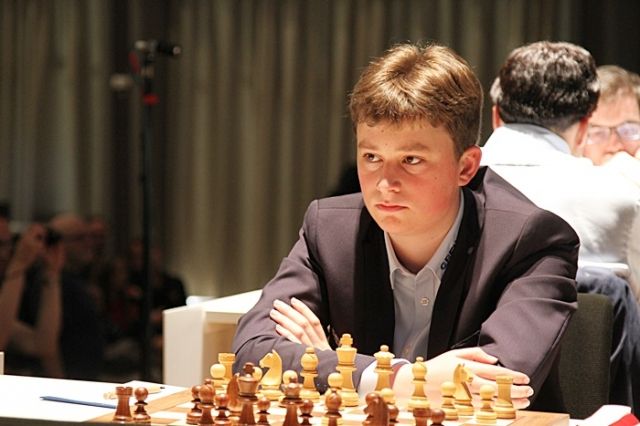 Vincent Keymer was naturally quite tensed as he made only three moves in the first ten minutes, but slowly found his way into the game | Photo: Georgios Souleidis 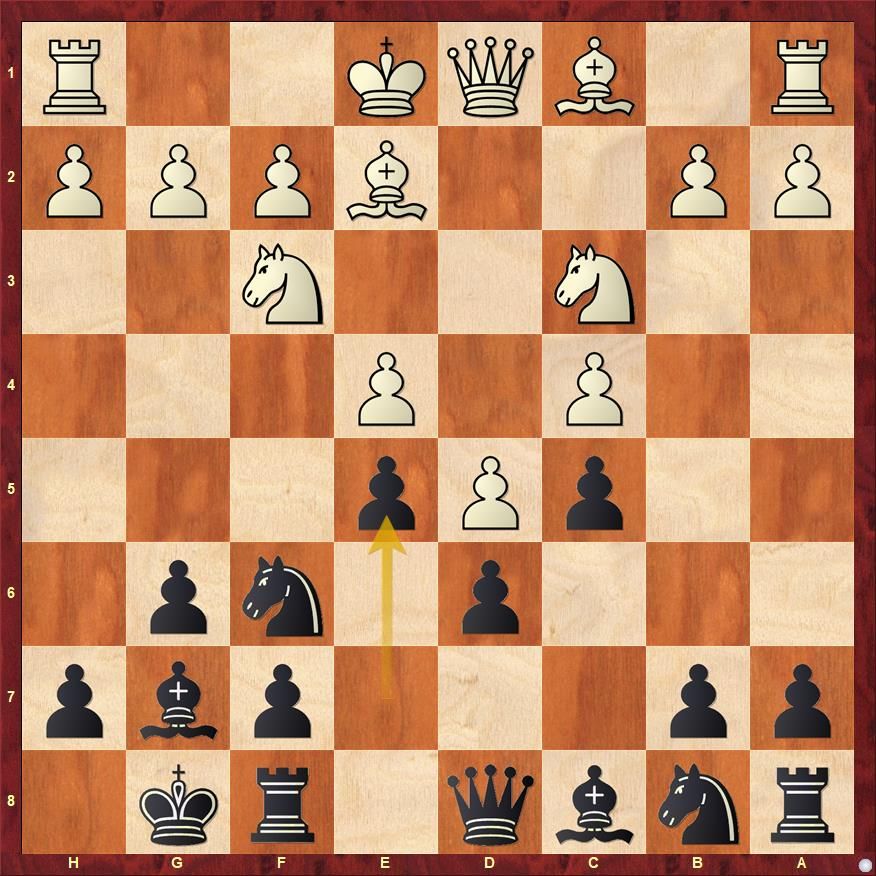 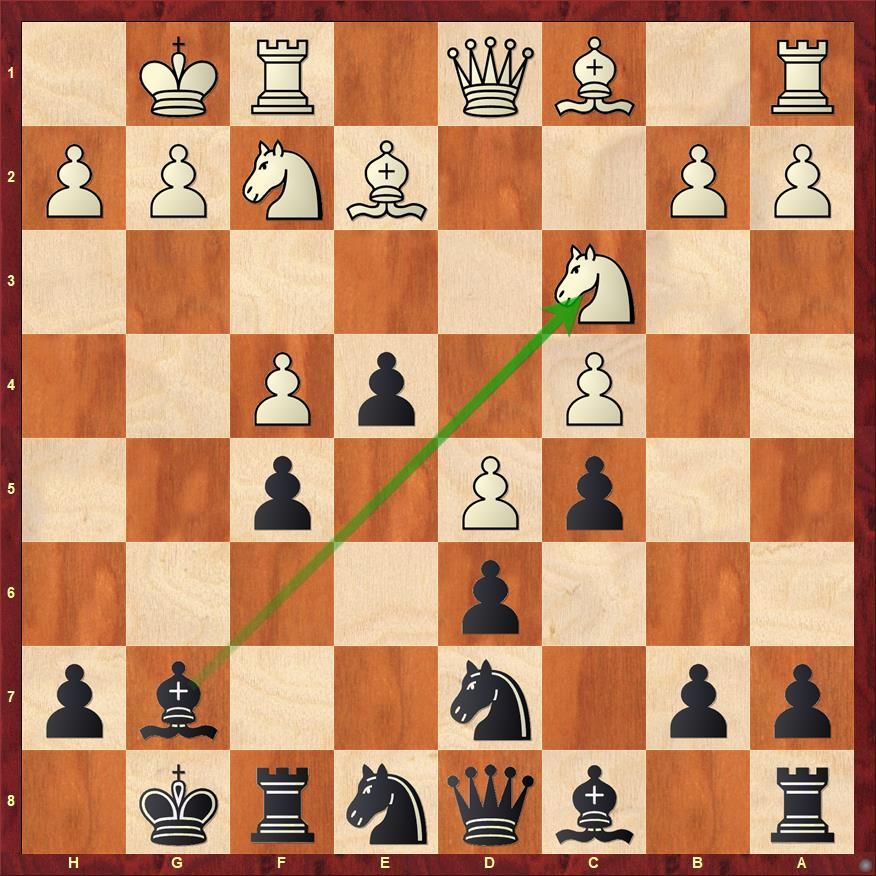 ...Bxc3 is an interesting decision by Carlsen. He understands that the doubled c-pawns and his own pawns on d6 and e5 limit White's dark squared bishop 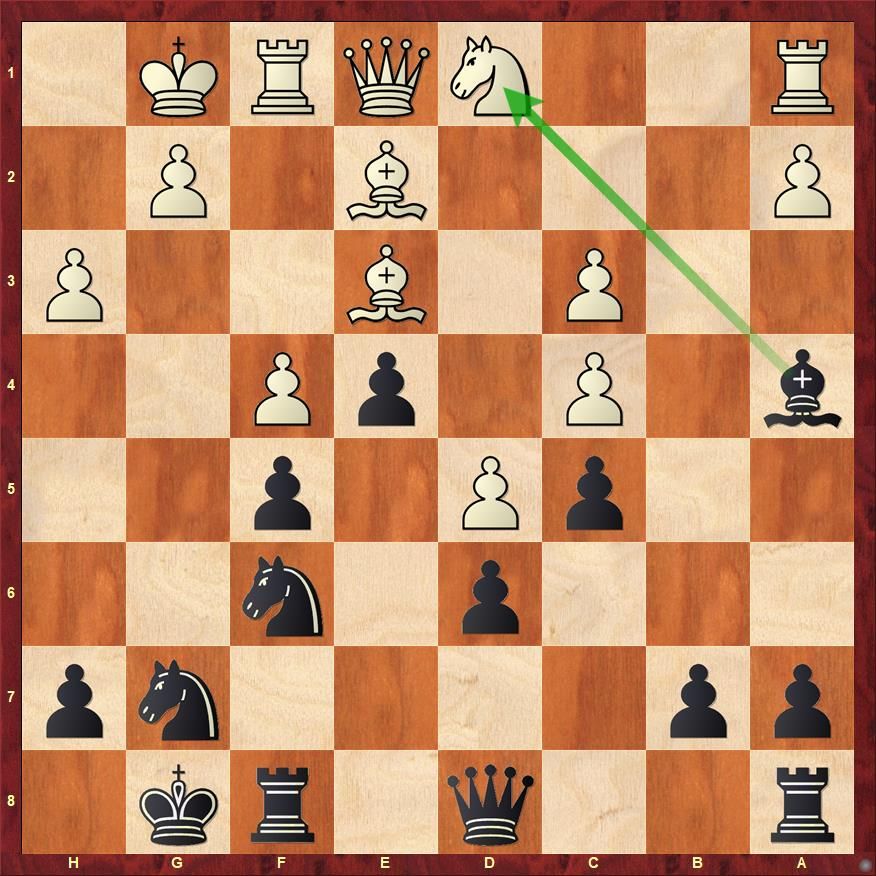 Magnus was in no mood to keep his bishops. He exchanged the next one as well with ...Bxd1 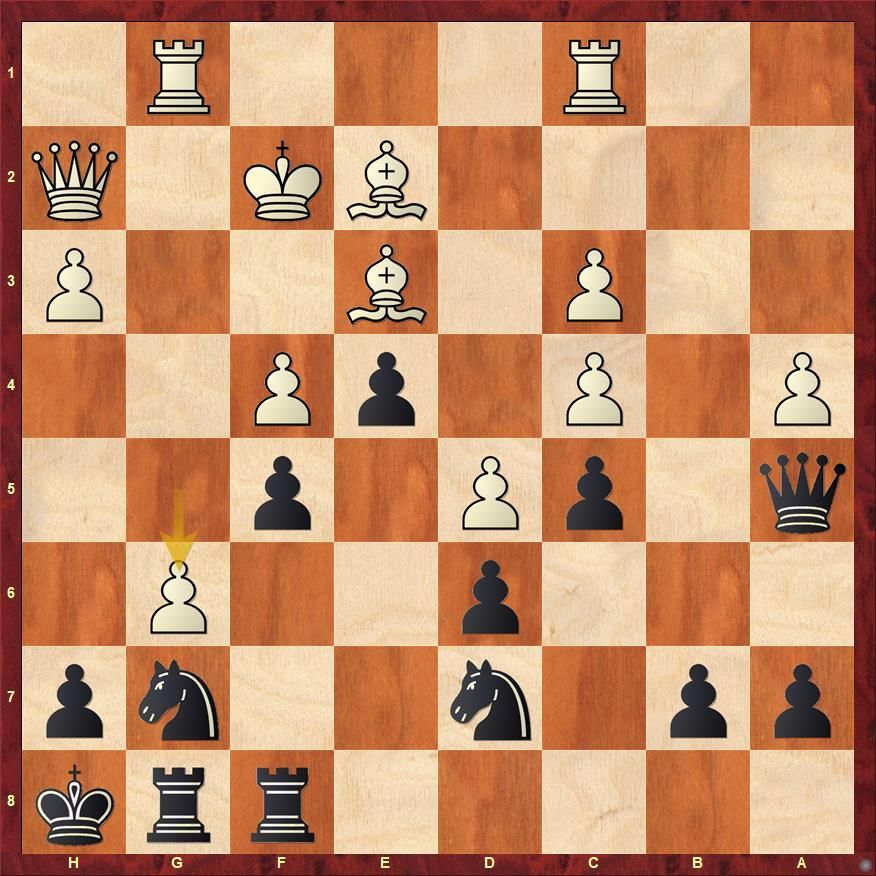 Vincent had a good position and instead of strengthening it step by step with h4-h5, he went for g6. This g6 pawn became weak and was rounded up by Black's camp. 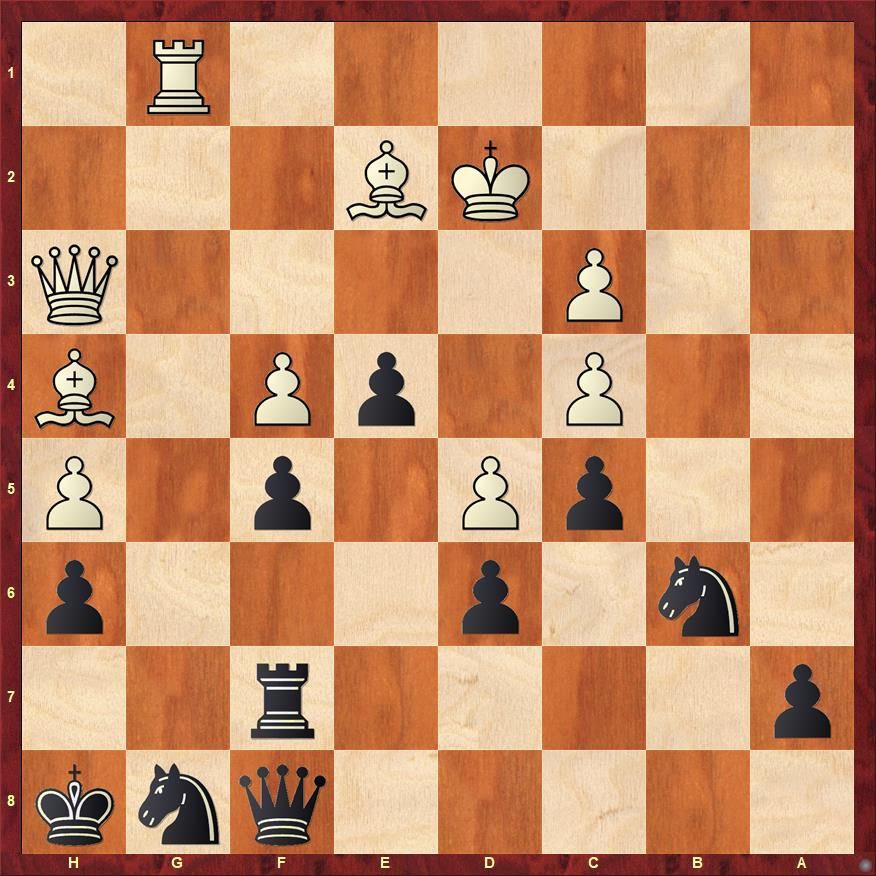 Here Carlsen should have begun pushing his pawn down the board with a5-a4. Instead he went for Rg7 which was a mistake. If Vincent would play accurately from this point onwards he could salvage the half point 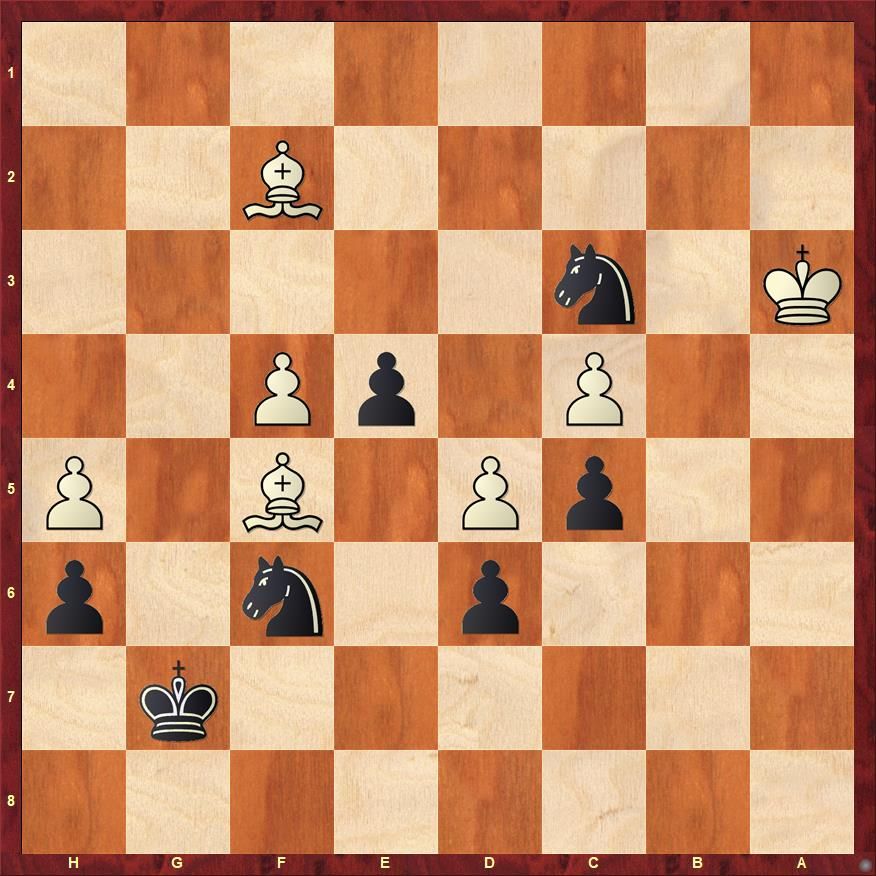 The final critical mistake was Bh4-f2. Instead of moving the bishop, the simple Kb3 would have given White the draw because after the knight moves, White can take on f6 and win the pawn on e4
Impressions of round 1
Post game conference of Magnus Carlsen after the win 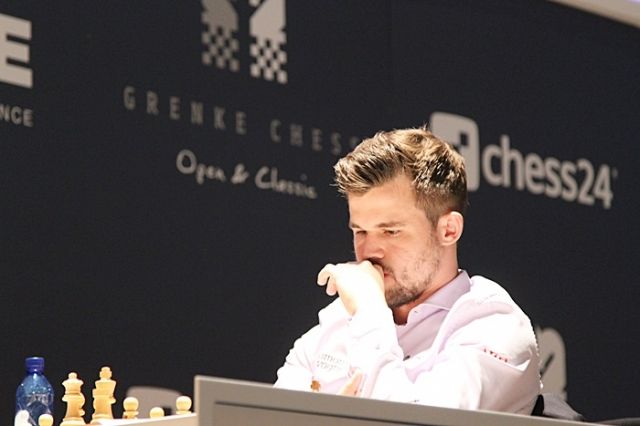 Magnus Carlsen wins another game and moves to 2862 on the live rating list! | Photo: Georgios Souleidis

Vincent will next face Vishy Anand in round 2. 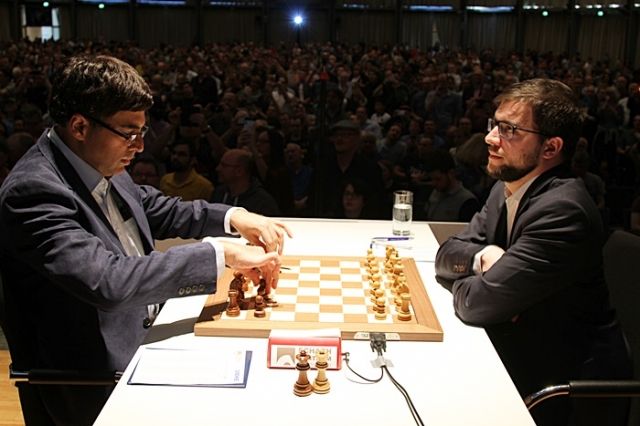 Vishy Anand got off to a smooth start with an effortless draw against MVL | Photo: Georgios Souleidis 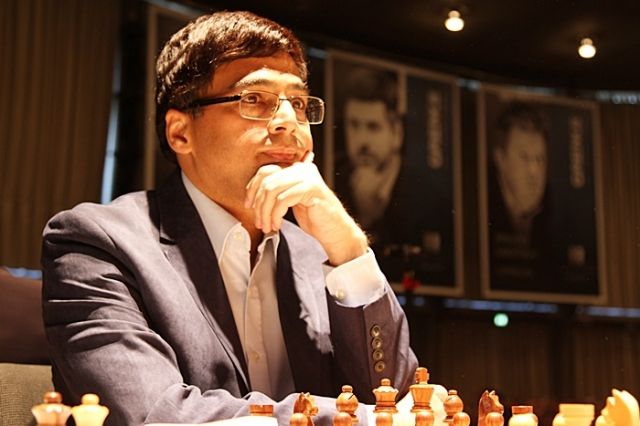 The entire world looks forward to Vishy's performance in every tournament he plays to see how long the Madras Tiger can sustain at the highest level | Photo: Georgios Souleidis 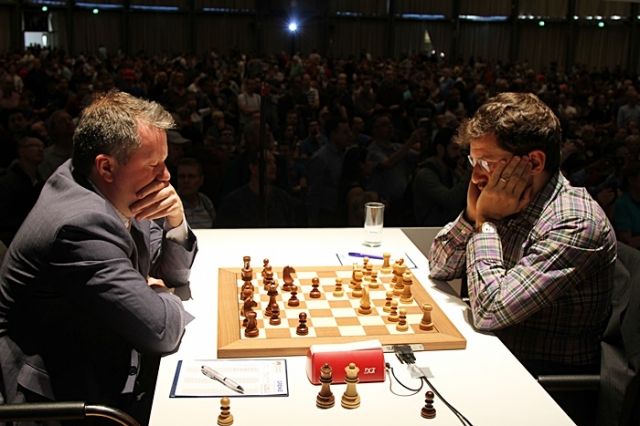 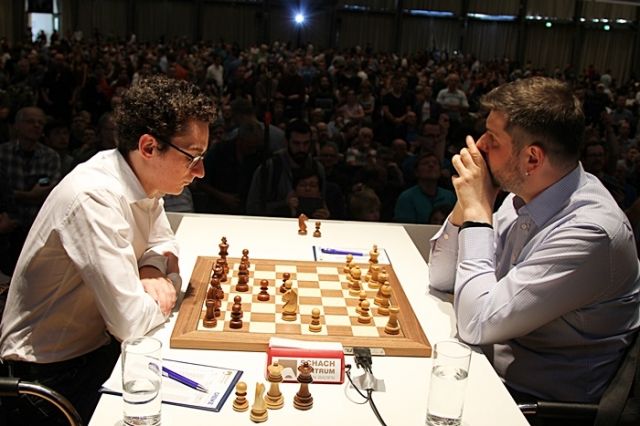 After fighting tirelessly from the white side against Carlsen's Sveshnikov at the World Championship, Caruana decided to pick up the Sveshnikov and play it with black in the first round of Grenke. | Photo: Georgios Souleidis 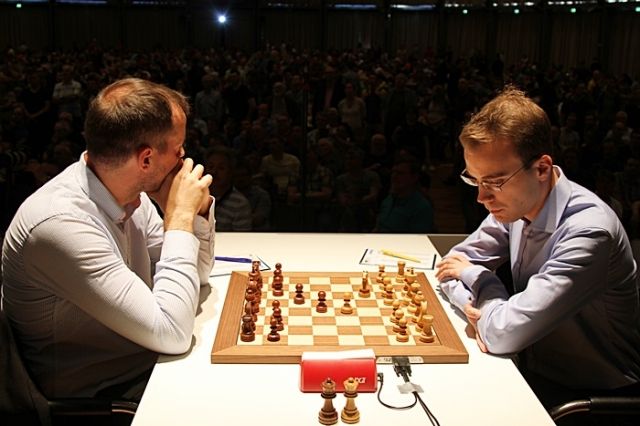 Nothing much happened in the game between Meier and Vallejo. The players agreed for a draw in 25 moves | Photo: Georgios Souleidis
Round 1 impressions