The second edition of the First Friday closed Round Robin IM norm event was completed successfully. While in the first one D. Gukesh was able to make his IM norm, in November no one could score 7.0/9. In fact the winner was able to garner only six points out of the nine rounds. Reigning Indian under-17 champion Rithvik Raja had a chance to make the IM norm if he won the last round, but was unable to do so. In the end there were four players tied at the top with 6.0/9: Azarya Jodi, Niaz Murshed, Lye Lik Zang and Rithvik Raja. Illustrated report with some interesting games.

Four way tie at the November edition of First Friday

I remember Grandmaster Utut Adianto when speaking at the opening ceremony of the second Indonesian Open saying that while it was a challenge to start a new event, it was arguably a bigger challenge to hold it again. Sadly the Indonesian Open ended after its third edition with a Country General Election that split the Indonesian Chess Federation leadership, who suddenly found themselves not united as the opposition but as two major political parties fighting each other for the Presidency.

Despite the financial challenges, I am happy to say that First Friday will continue, with IM Tournaments now confirmed in January, February and March 2018 and a then GM Tournament in April 2018. The first First Friday had four International Masters when only three were needed and the second First Friday had a Grandmaster. Both times the score needed for an IM title norm was 7.0/9. Experienced organisers know that ideally it should be 6.0/9 for an IM norm and if 6.5/9, then doable, but 7.0/9 was really just too difficult. D. Gukesh did manage it in October with quite a lot of luck going his way. 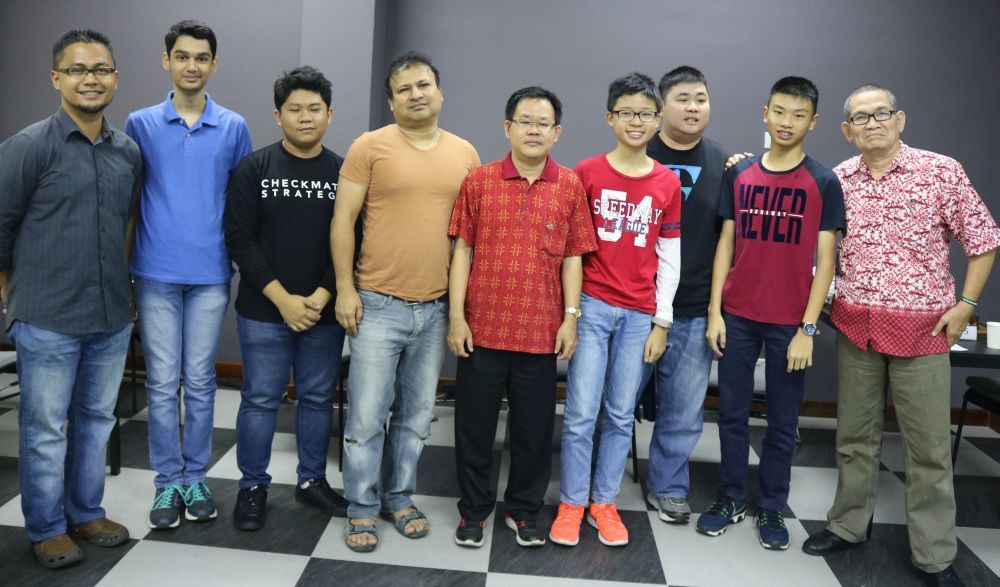 Nine players out of ten from the November edition of the First Friday 2017. YVK Chakravarthy is missing | Photo: Peter Long

This time around, instead of an avalanche of Indian norm seekers, we had some of the very best young Malaysian talents stepping up and also a more serious Indonesian representation. In the end perhaps really only Jodi Setyaki Azarya, who just needs one more norm, and newly crowned India U-17 Champion Raja Rithvik R had a chance. But a loss of momentum in the middle together with a shock loss cost the Indonesian while the talented young Indian was visibly tiring as a result of too many tournaments and travel. 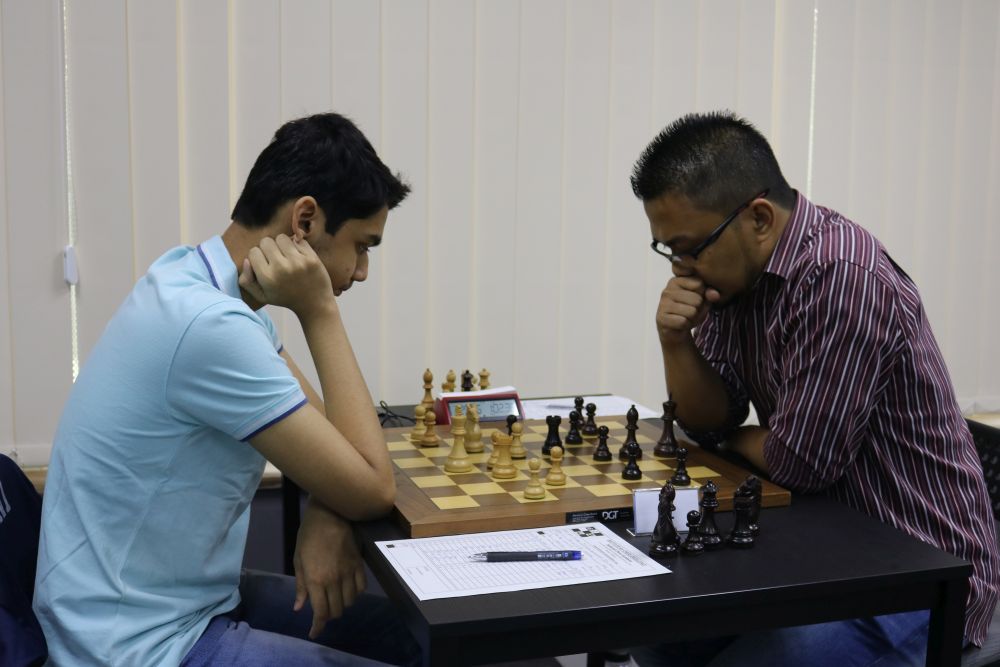 Rithvik lost his final round to Setyaki Azarya Jodi. If he would have won, he would have made his maiden IM norm. However, it was not to be. Yet the Indian boy was able to score 6.0/9 and finish joint first. 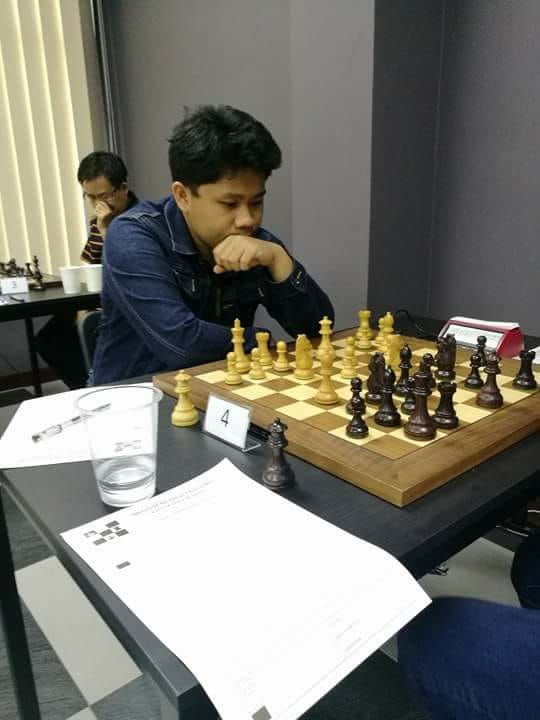 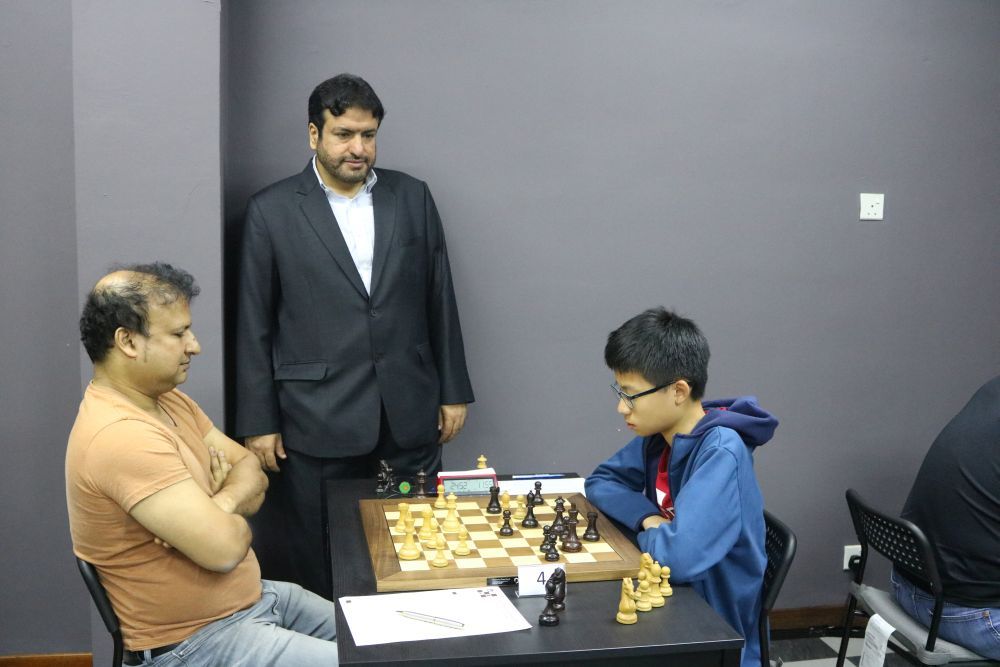 Niaz Murshed started slowly but then was able to show his class including spoiling in the last round what had till then been an excellent tournament for Malaysian former No. 1 Mas Hafizulhelmi and as a result, both kept their ratings largely intact.

Clearly Malaysia has talent too with current National Champion Wong Yinn Long who is 15 and Lye Lik Zang who is 13 both impressing. Their performances raises the prospects of the Malaysian team assembled for the coming World Youth U-16 Olympiad in Ahmadebad where they are Board 1 and 2 respectively. 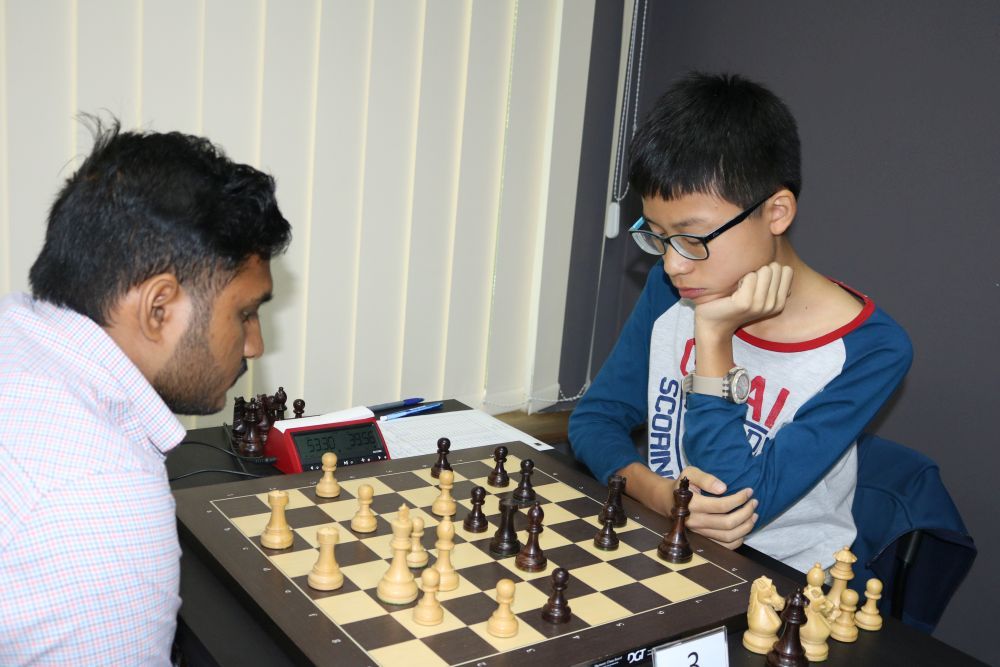 Lye Lik Zang was the find of the tournament as he gained 119 Elo points and remained unbeaten while scoring 6.0/9 | Photo: Peter Long

Here is Lye's final round victory over Syarif Mahmud:

Wong played solidly and his single setback did not take away from a nice 40+ rating increase which should propel him to 2240 and from 8th ranked to 5th in Malaysia, while Lye who lost a massive 80+ rating points after falling sick during the Malaysian Open has now recovered them all with some interest! 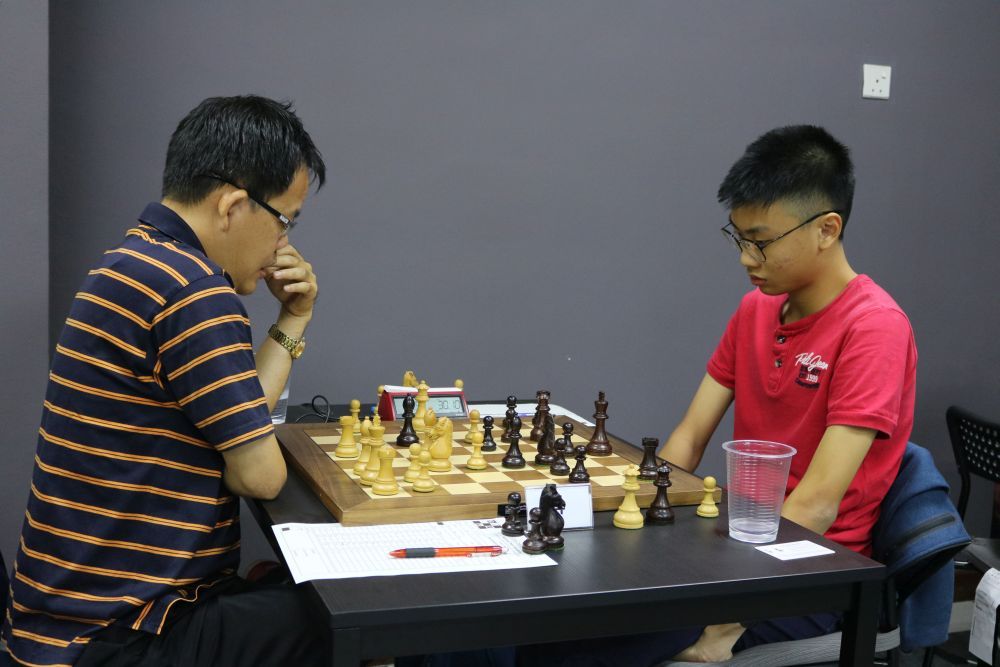 First Friday was honored by a visit from Hisham Al-Taher, General Secretary of the Asian Chess Federation and I would like to especially thank Maung Maung Lwin, President of Myanmar Chess Federation for helping out as Chief Arbiter and of course Norzawan Kamaruzaman aka Shin Azwan for providing the live game broadcast. Download and replay all the games from First Friday November