Team India dominated the second day to ascend to the top of Pool B with 11.0/12. Hungary is also with the same points, but the Indian team has better tie-breaks as they scored more game points. Shenzhen China was annihilated by India as they suffered a 1-5 loss in the fourth round. India defeated Azerbaijan 4-2 in the fifth round. Belarus lost to India by a minimum margin 2.5-3.5 in the sixth round. Nihal and Bhakti won both of their games today. Anand and Vaishali scored a valuable 1.5/2 and 2.0/3. Praggnanandhaa suffered his second consecutive game of the event. India will face Hungary, Moldova and Slovenia tomorrow in Round 7-9 from 4:30 p.m. IST. Photo: Amruta Mokal

Team India scored three victories on the second day to ascend to the top of Pool B with 11.0/12. India beat all three opponents Shenzhen China, Azerbaijan and Belarus. The sixth round match was a bit close against Belarus, but Vaishali fought valiantly and denied her opponent a win by snatching an important draw. 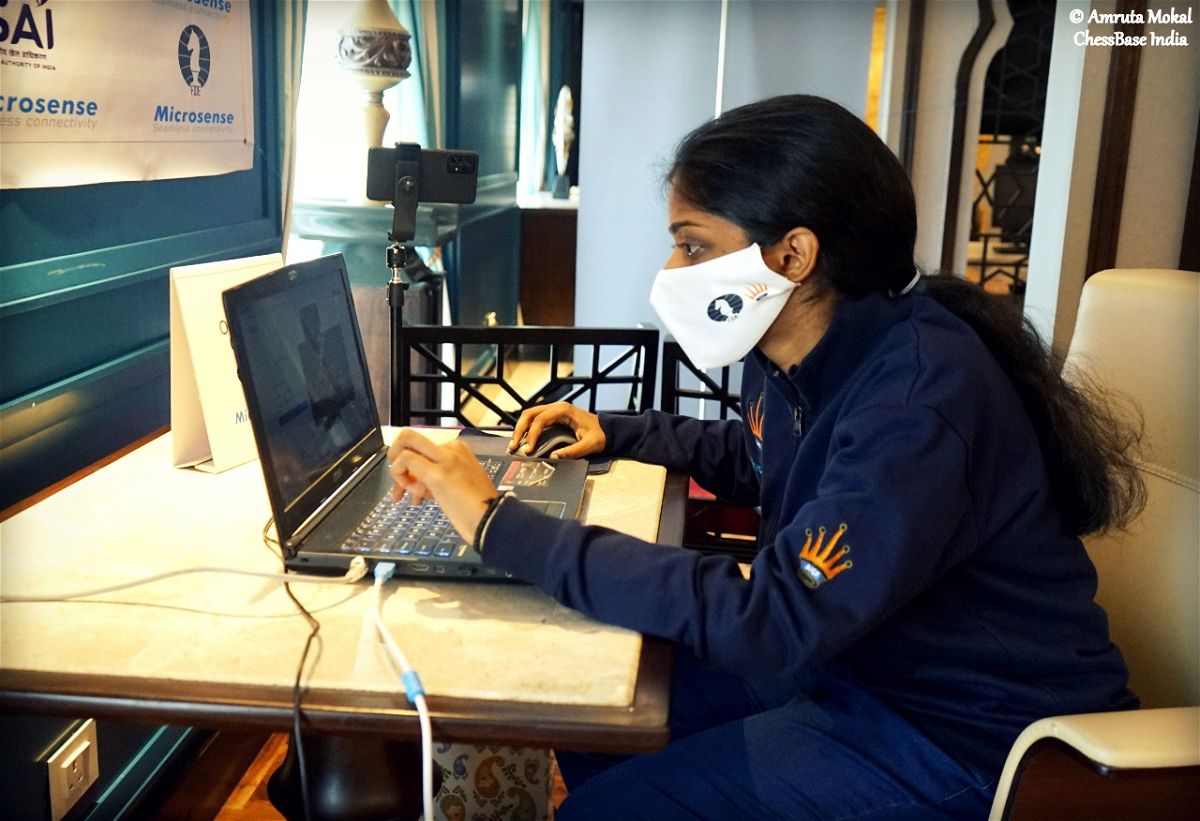 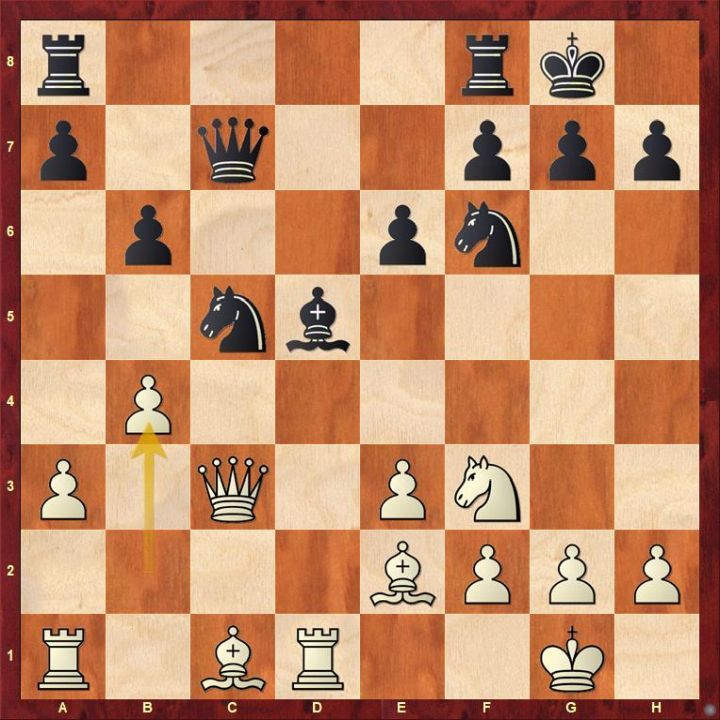 14.b4 allows too many threats as White has a light-square weakness on a4, b3 and e4. Soon White lost an exchange and eventually ran out of time after 24 moves.

Adhiban in his typical way unleashed his 'Beast mode' on GM Ruiyuan Yu and scored an academic win.

Humpy needed to sacrifice an exchange to save the game. 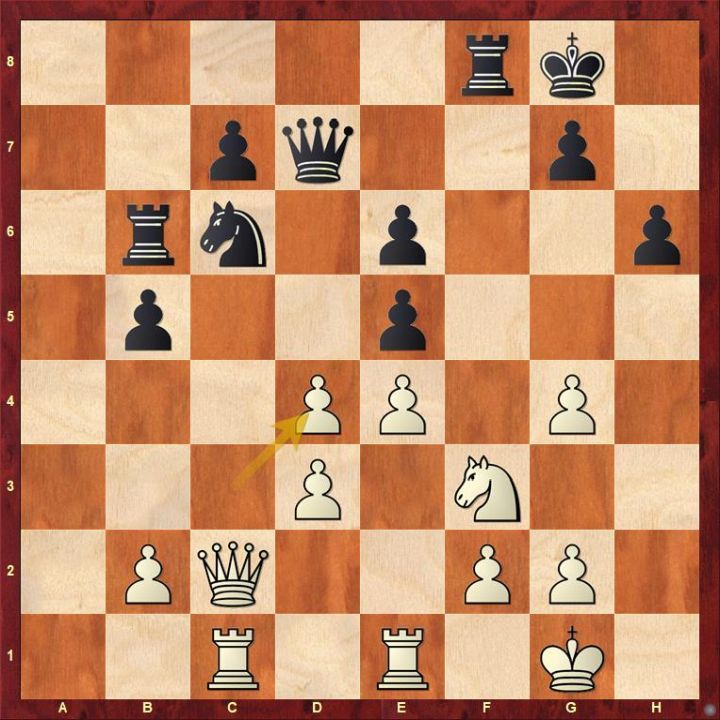 22.cxd4 needed to be met by 22...Rxf3 23.gxf3 Nxd4 24.Qxc7 Nxf3+ 25.Kf1 Qxd3+ 26.Kg2 Nh4+ and White cannot get out of the perpetual check. Unfortunately Humpy recaptured 22...exd4 almost immediately and the opportunity was gone. White converted her advantage into a win eventually. 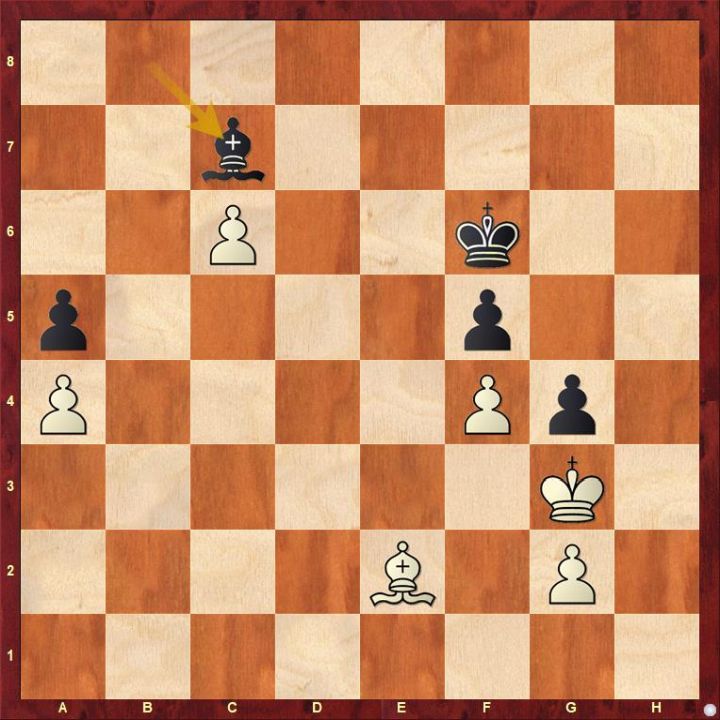 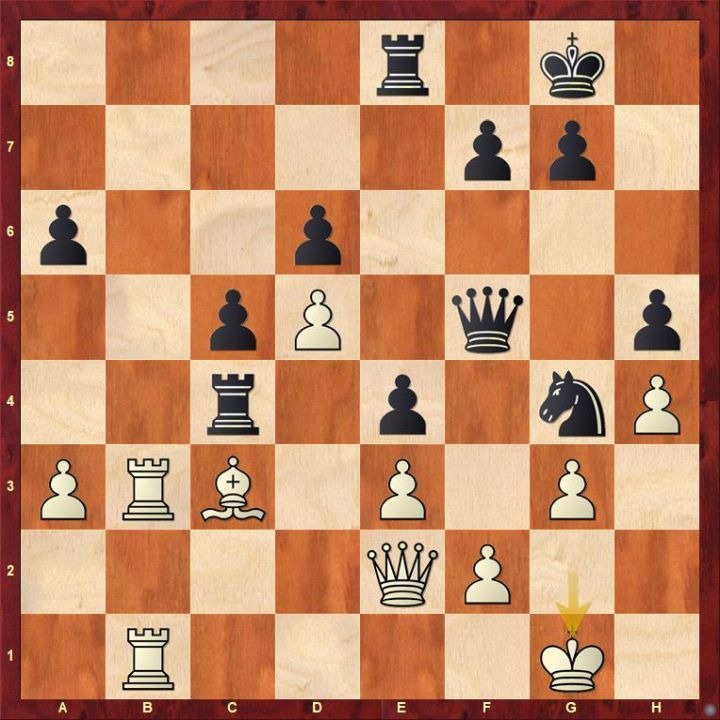 Black is completely winning here in various ways. Can you find the one which Nihal played?

IM Vaishali made a short work of her opponent, WFM Xinyu Li in just 18 moves.

Shenzhen China got dominated by India 1-5 in Round 4

Team India defeated Azerbaijan 4-2 without losing a single game. Anand, Vidit, Harika and Vaishali drew their respective games. Humpy and Nihal won their games each, making sure India win the fifth round match. Anand made a comfortable draw against Radjabov who was forced to give up a piece and go for a perpetual check. 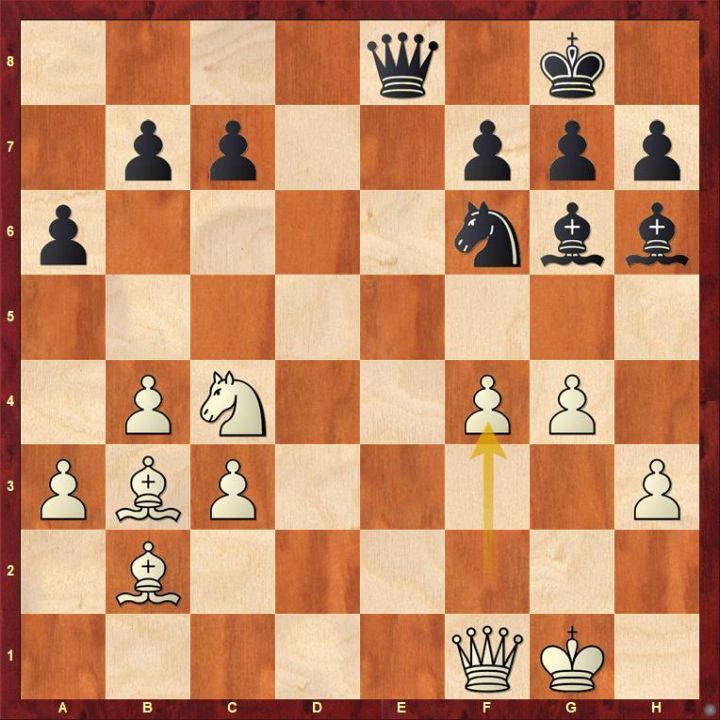 Anand is leading from the front 3.0/4 | Photo: Amruta Mokal

Vidit held World no.11 Shakhriyar Mamedyarov to a solid draw. 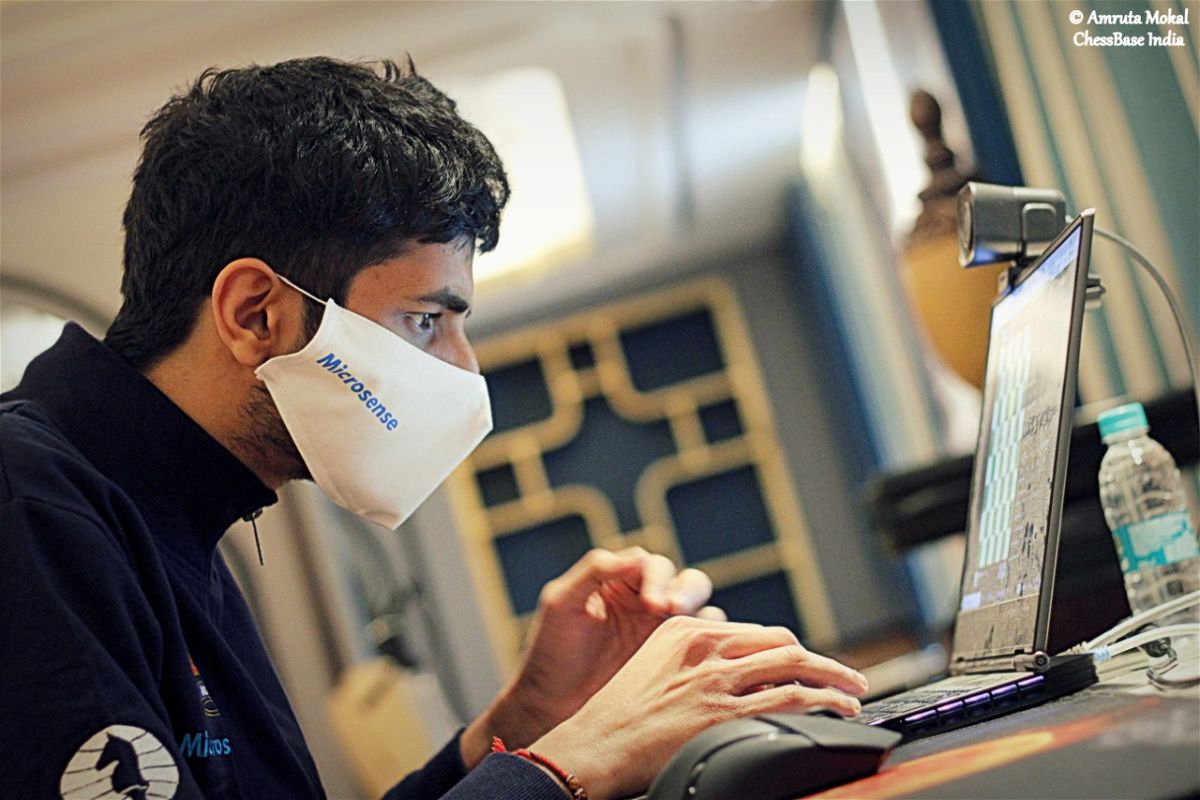 Humpy scored an easy win after Azerbaijan no.1 woman IM Gunay Mammadzada made a tactical error. 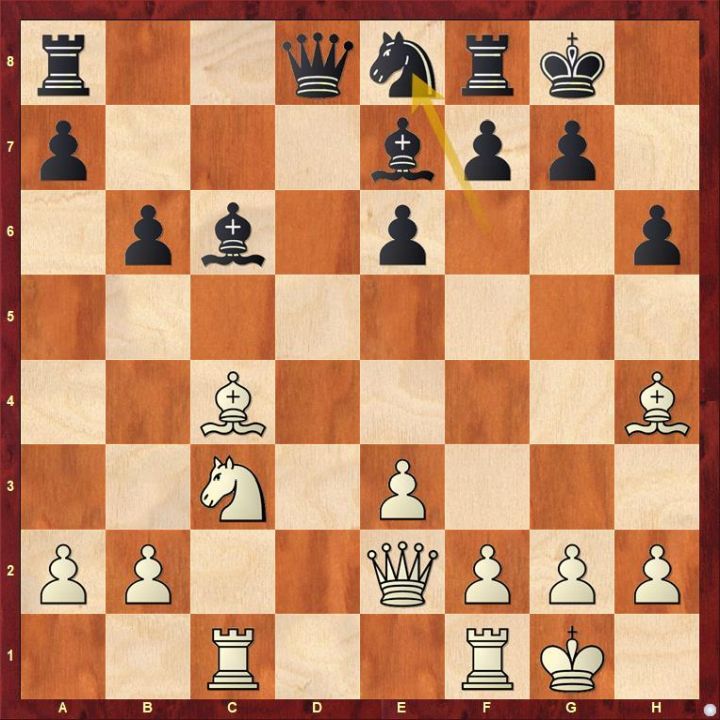 14...Ne8 is a mistake. Find out the best continuation for White.

GM Harika was got herself in quite a bit of trouble against IM Gulnar Mammadova as she made a few inaccuracies in the rook and many pawns endgame. 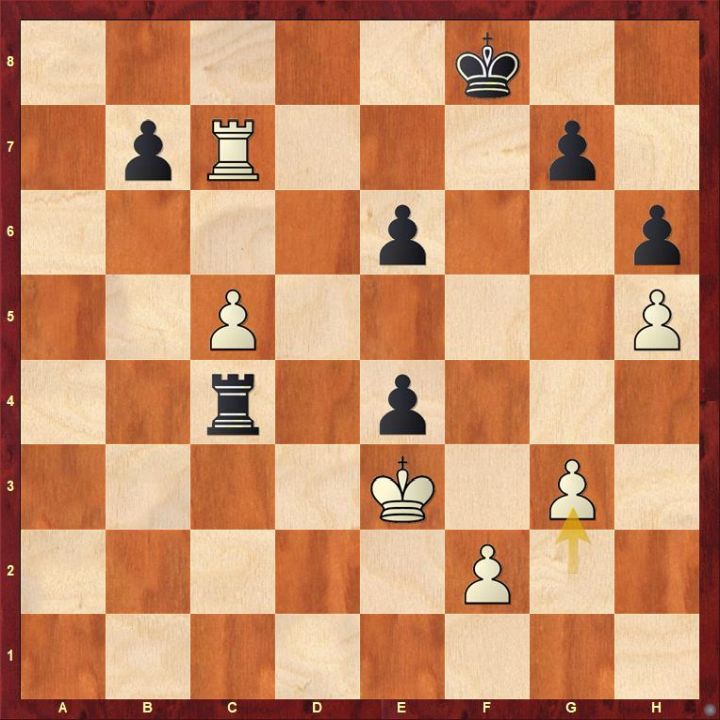 GM Nihal scored a very nice victory over GM Vugar Asadli who made an incorrect retreat. 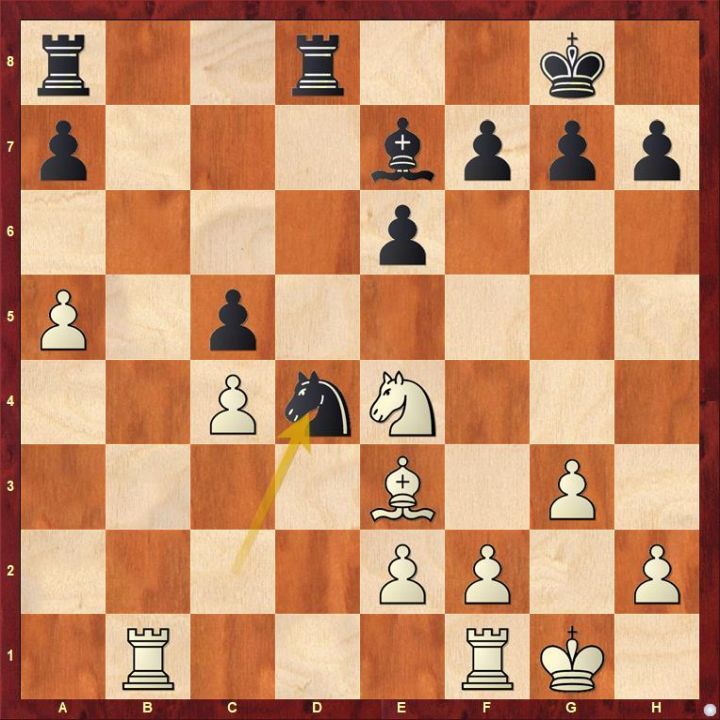 IM Vaishali was winning even in the final position against WGM Khanim Balajayeva. However, she decided to take a draw as she was low on time. 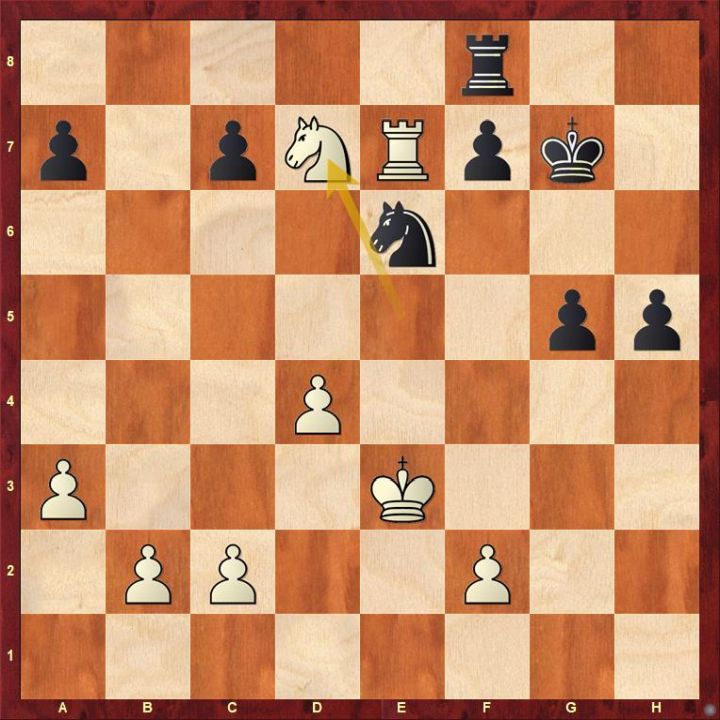 Black can win this with 32...h4. Even if she takes on f8, 33.Nxf8 Kxf8, it is still winning for Black. Vaishali made a nice practical decision to repeat moves and make a draw.

Belarus lost to India by minimum margin 2.5-3.5. Anand and Bhakti won, Vidit, Tania and Vaishali drew their respective games. Praggnanandhaa suffered his second consecutive loss of the event. Anand smashed GM Aleksej Aleksandrov in 23 moves. The Belarusian made a miscalculation and launched a phantom attack on Anand's kingside. 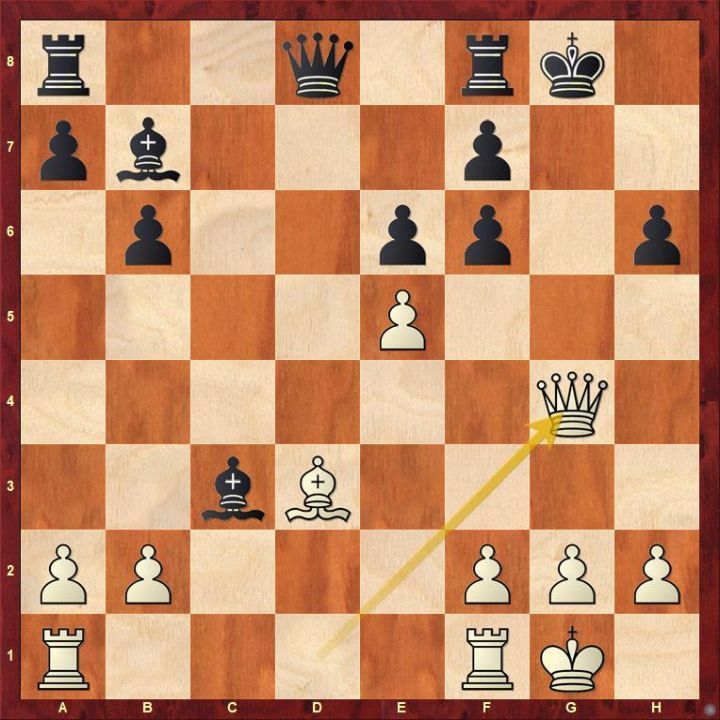 "Poor guy, just had a meltdown!" Vishy Anand on his crucial win against Aleksandrov of Belarus | Video: ChessBase India

Vidit got himself a decisive advantage against Fedorov by doing a nice tactic. 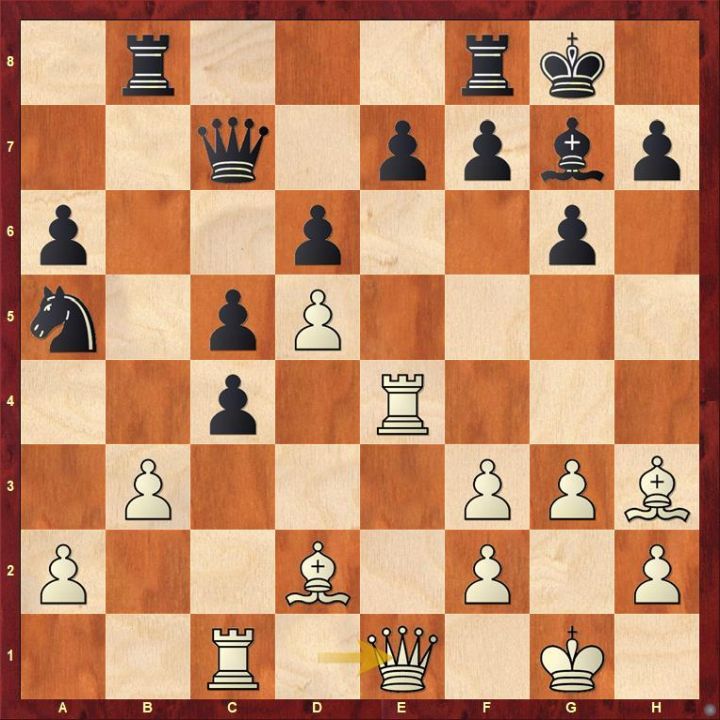 "This new idea was told to me by Srinath" - Vidit Gujrathi | Video: ChessBase India

IM Tania made a short and solid draw with WFM Aliaksandra Tarasenka.

Bhakti scored a clinical victory over Kseniya Norman after her opponent blundered a pawn early in the middlegame.

Praggnanandhaa suffered his second consecutive loss of the event, this time against IM Denis Lazavik. 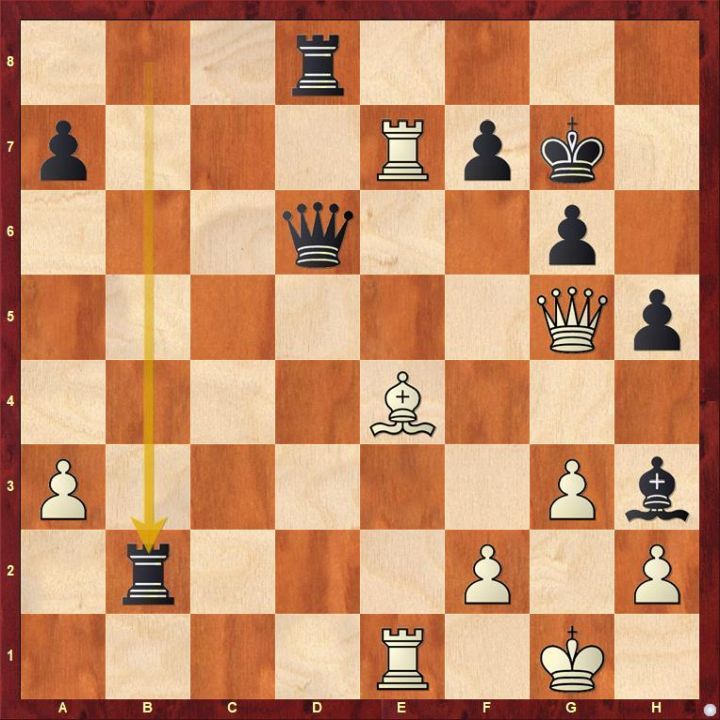 Vaishali made a good save from a completely lost position against WFM Kseniya Zeliantsova. It made sure India beat Belarus. 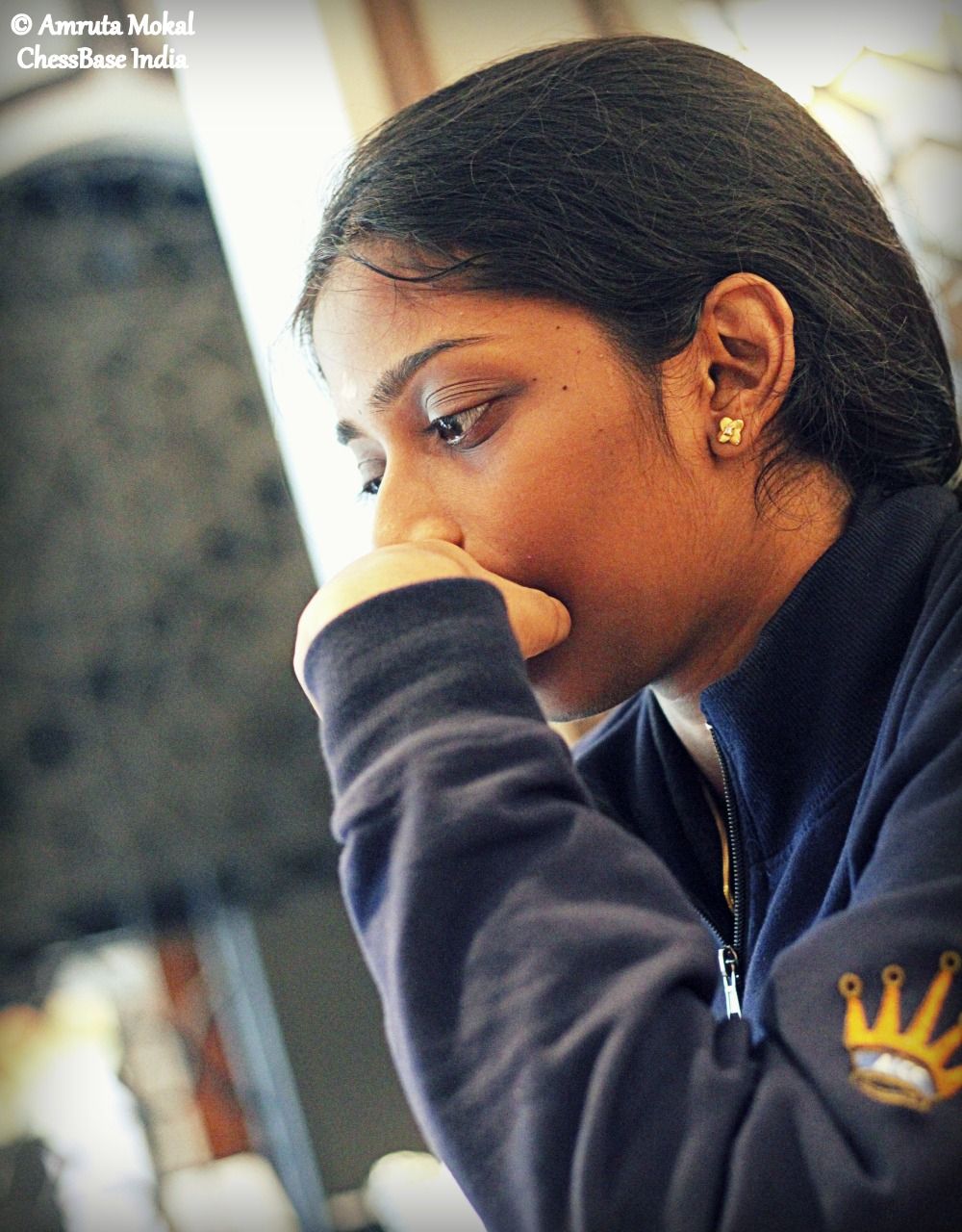 Vaishali made an important save against Belarus | Photo: Amruta Mokal