Born in 2002, Arjun is just 16 years old. He already is an IM with two GM norms and has an Elo of 2444. He scored his first GM norm at the Biel Masters 2018 and followed it up with his second GM norm at the Roquetas De Mar. Arjun's second GM norm was a phenomenal display of chess where he faced extremely strong players like Shirov, Svetushkin, Maiorov, Frolyanov and others and remained unbeaten. He sent us two of his games from the tournament - wins over Kantor Gergely (2514) and Nikita Maiorov (2524) and we have used that material for a 28 minute test of six positions. Think over the positions carefully, write down your answers and after 28 minutes, compare them with Arjun's notes! This is a sure shot way to become a better player! 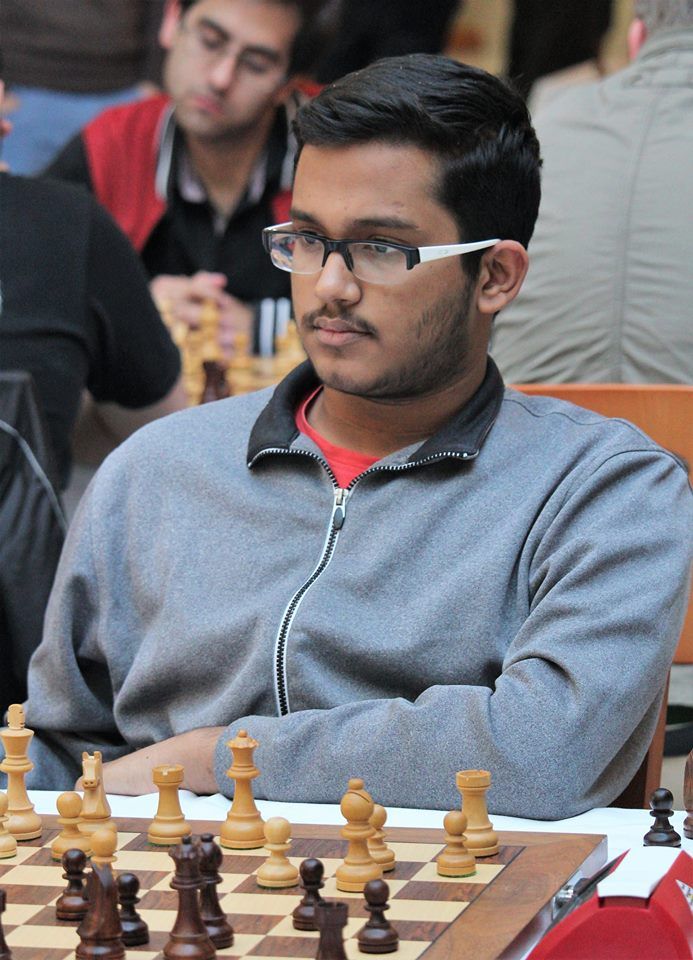 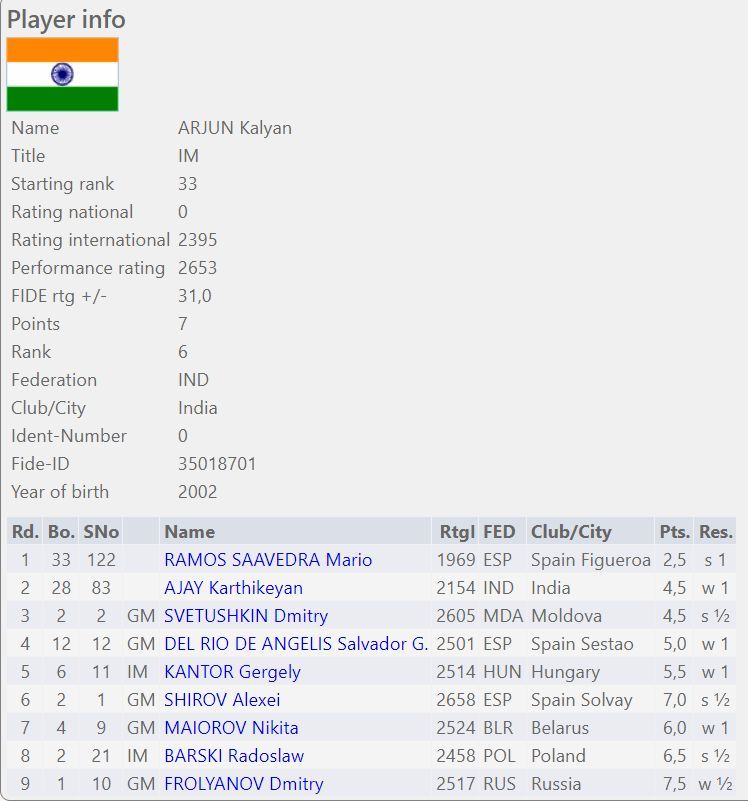 Arjun faced quite strong opposition but he was able to hold his own without losing a single game. In fact he made his norm with a round to spare in the tournament.

While Arjun is a strong player, and that can be clearly seen from his games, what we also realized is that he is a meticulous annotator and analyst. He sent us two of his games from the Roquetas De Mar tournament. Instead of simply publishing his analysis, we have converted the material he has sent into a 28-minute test so that you can become a stronger chess player.

Rules of the test:

1. Get out your chess set! I know these days working on chess sets is becoming obsolete, but sometimes it is nice to just get a feel of the pieces and think on it as if it is a normal game.

2. Have a book and a pen with you. Once you have solved a position, you have to write down your analysis in the book. Many times we don't write our answers and when we look at the solution, we think, "Yes, I had thought about it!" When the truth is that you hadn't considered the move seriously. So writing it down makes it simple. Whatever you have written is what you have thought about!

3. Go in the correct order. Do not jump positions. Only when you have finished position one, should you move to position two. Because if you look at the second position without having solved the first one, then you might get some ideas about the answer!

4. Adhere to the time given for each position. 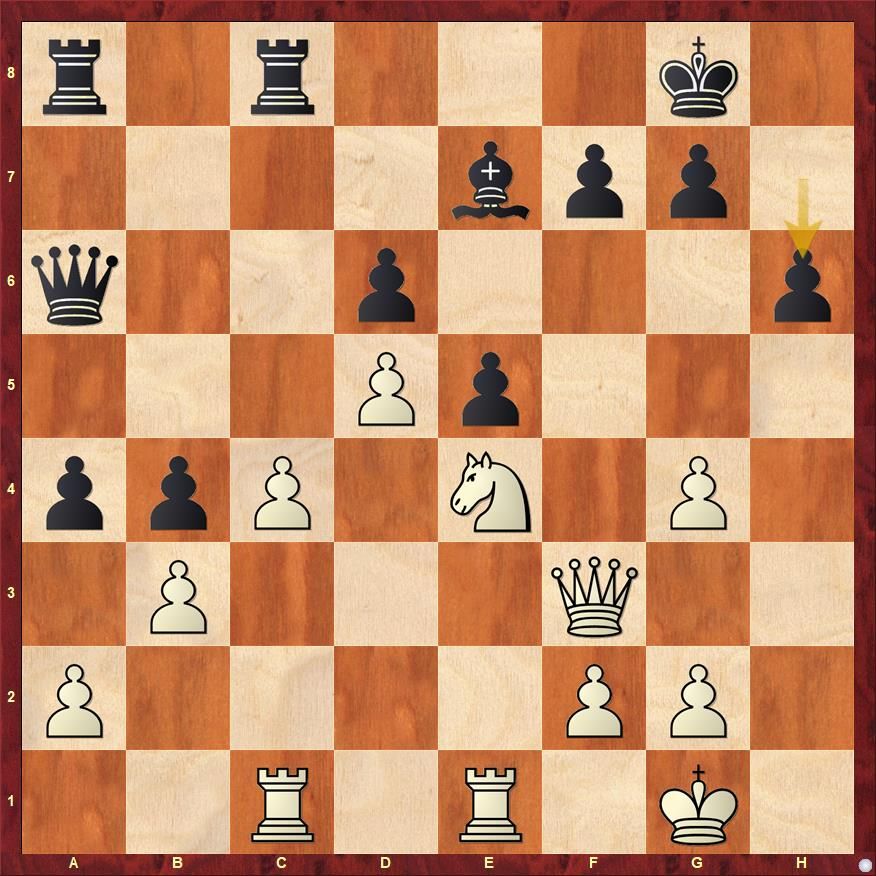 White has a dominating knight on e4 and well placed pieces. It's time now to look for the next plan. How should White continue? (5 minutes) 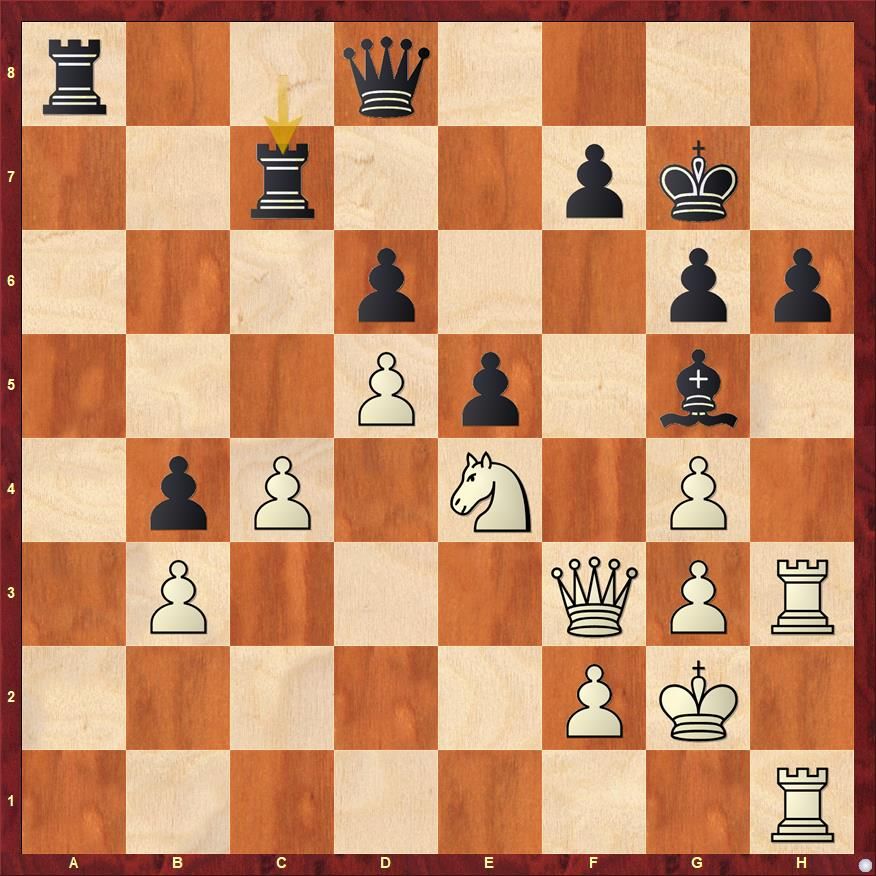 Black is holding his own for now. How do you find a way to breakthrough? (5 minutes) 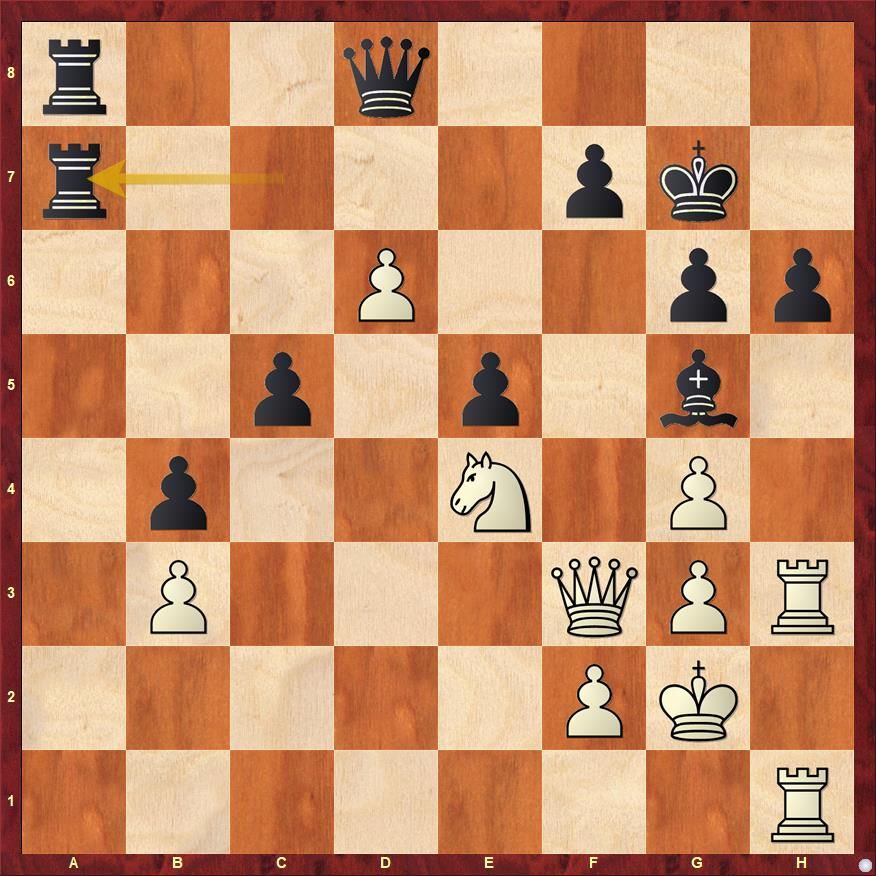 You have everything going your way, but you have to break Black's last line of defence. White to play (5 minutes) 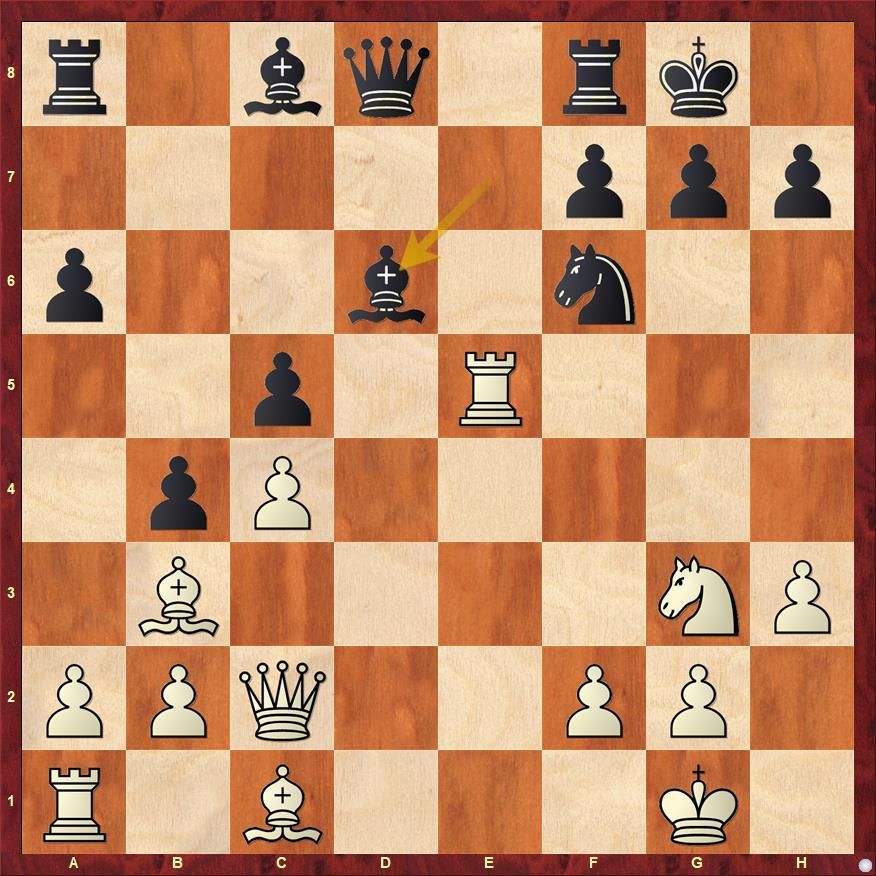 Where should White retreat his rook? (3 minutes) 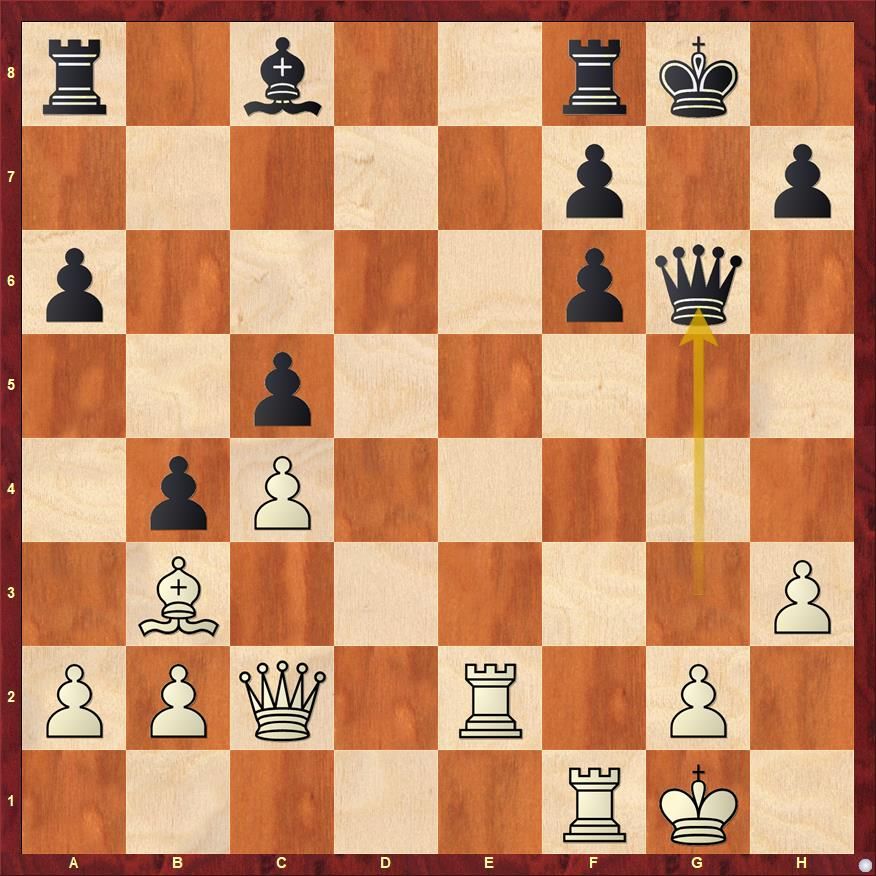 Black has offered his queen for exchange by playing ...Qg6. What should White do? (5 minutes) 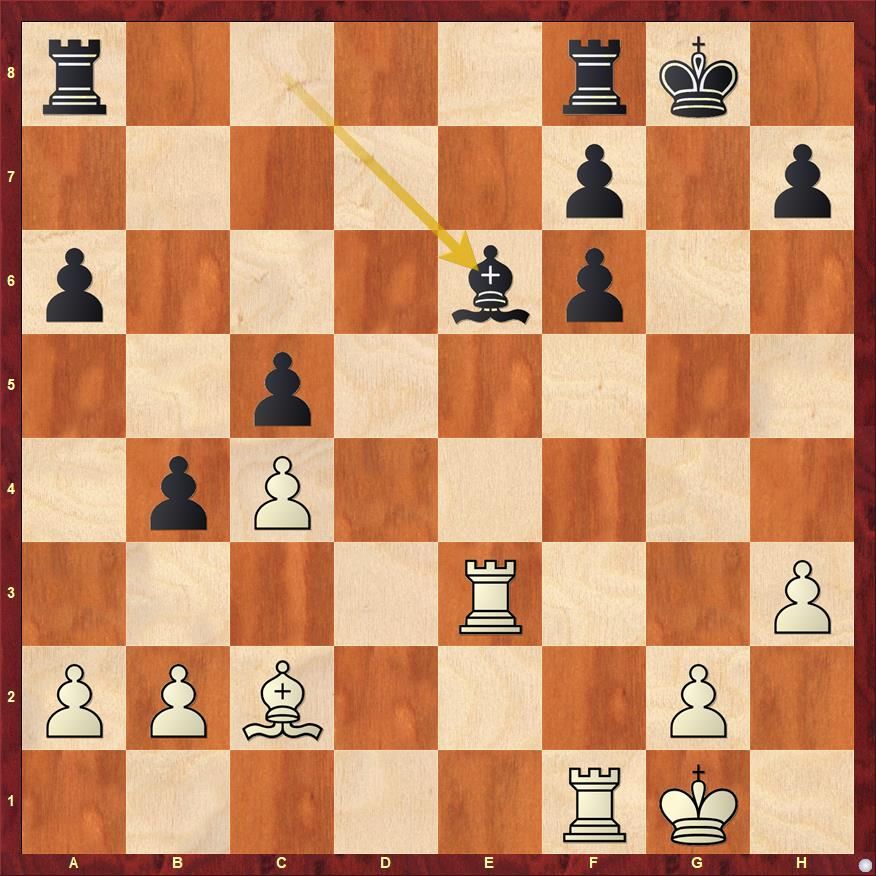 ...Be6 was Black's last move. Does something seem fishy here? White to play and win (5 minutes) 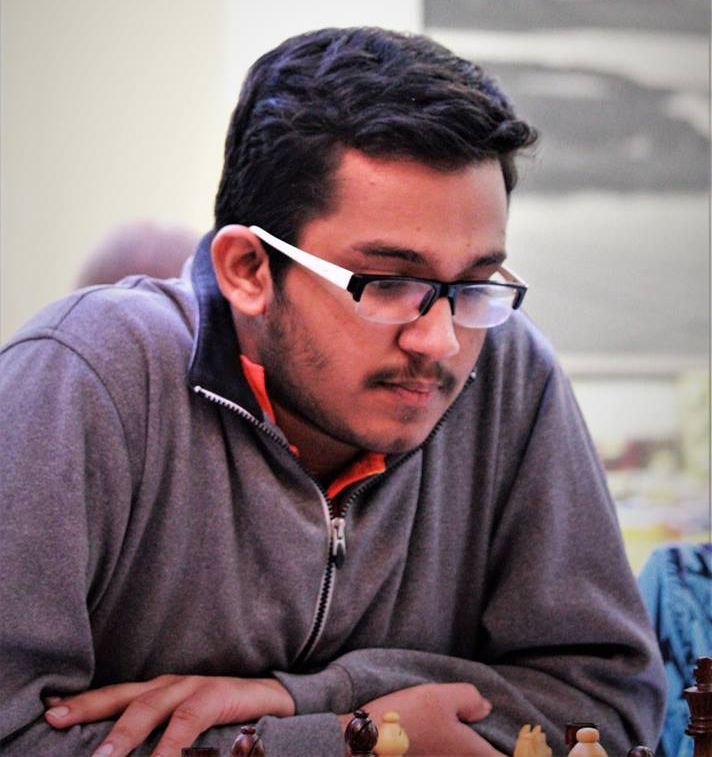 We hope that you solved the positions. Time to let Arjun do the talking! | Photo: Roquetas De Mar

Position 1: White has a very dominating knight on e4. His queen is well placed. The h-file is open and so it would make sense to use the h-file to launch an attack on the black king. With this in mind Arjun made the move g3! His idea is very simple. He would like to play his king to g2 and get his rooks to double down the h-file.

Position 2: When you are attacking down one front and your opponent is defending as staunchly as he can, then it is time to open the second front. Arjun found the best way to do this and played the move c5! A very natural pawn sacrifice to get a passed pawn down the d-file which he used admirably in the game!

Position 3: Now this one is hardcore calculation. White has everything in order. It is now time to throw the spanner in the works and break Black's coordination. Be extremely proud of yourself if you found the move d7! Once you see the move you understand what a wonderful deflecting sacrifice it is! You can check all the variations in the annotations given below.

Position 4: This one should have been pretty easy. The normal move would have been to get your rook to e1. However, Arjun notes in his annotations that the f1 square should be reserved for the rook on a1. Hence, the right move is Re2! A simple move, yet extremely effective.

Position 5: The first reaction could well be to avoid the queen exchange because the black king is quite weak. But two rooks and a bishop are enough to launch an attack against the king. Hence the right move was Re3! gearing up for the queen exchange and preparing for the rook to come to g3.

Position 6: This one required good tactical awareness from your end. Arjun took Rxf6 in the position. However, he had a very powerful way to finish off the game. It was to begin with Rg3+ and once the king moves to h8, to take on h7 with the bishop. The other rook swings over to f4 and then it's a mate down the h-file. So the right move order is Rg3+ Kh8 and Bxh7! game over! We hope that you figured out that one! If you did, pat yourself on the pack.

We thank Arjun for sending us these brilliant analysis of his games and we hope that, you, dear reader, had fun solving them.

Interview with Arjun after he scored his maiden GM norm

The boy who is in hurry to become a GM