The round 4 of the 46th National Women's Championship 2019 was steeped in action. To begin with, upsets were caused by WCM Mrudul Dehankar and Srishti Pandey who beat WIM Mahalakshmi M and WGM Mary Ann Gomes respectively. Take note, Srishti Pandey from Maharashtra is more than 400 points lower rated than Mary! Next, on the top boards WIM Vantika Agrawal won her fourth consecutive game by beating WIM Nandhidhaa P V; IM Soumya Swaminathan also registered an impressive victory over WFM Nityata Jain, but it was Bhakti's performance against WIM Bhagyashree Thipsay on board 1 that stole the show. In this report we bring you photos, analyses, and much more.

Vantika and Bhakti on the lead with 100% after four rounds 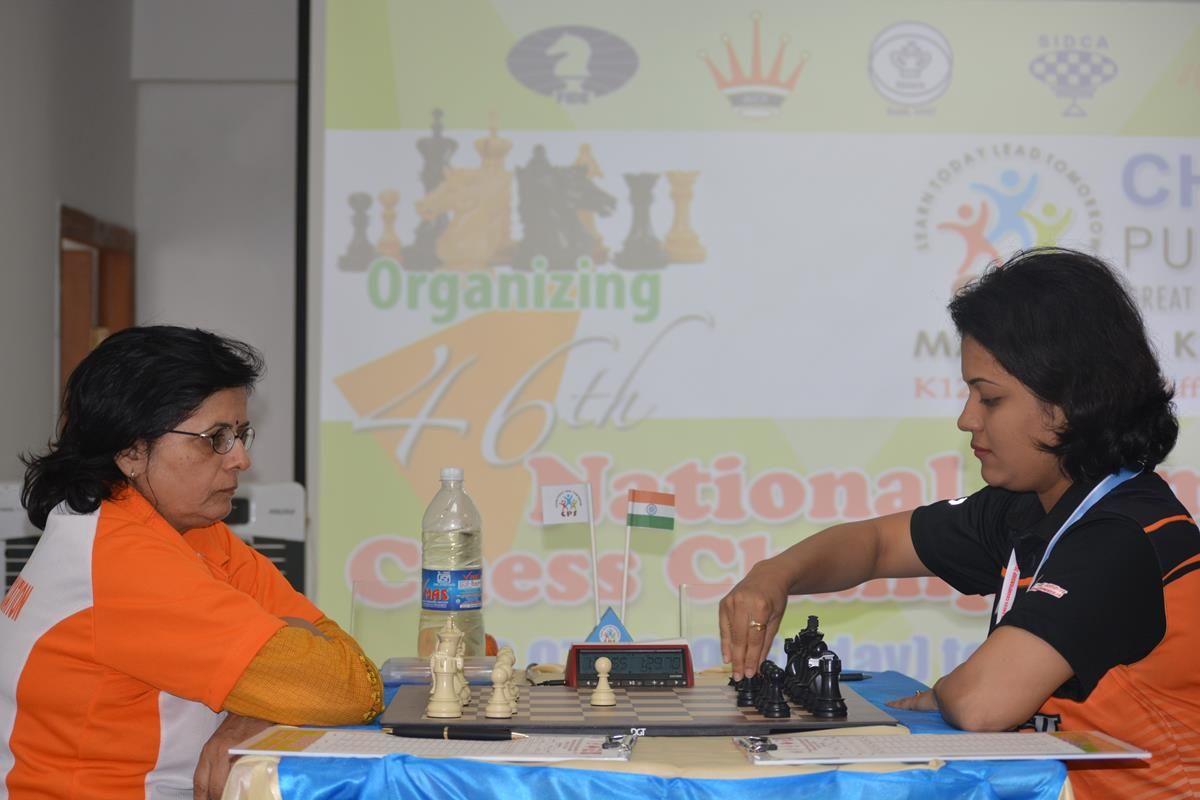 Bhagyashree Thipsay versus Bhakti Kulkarni was certainly the game of the day where the latter put up a fine show of finesse and technique | Photo: IA Gopakumar Sudhakaran

IM Bhakti Kulkarni played a scintillating game in the fourth round of 46th National Women's Championship 2019 to beat WIM Bhagyashree Thipsay with the black pieces. It was the Italian opening where on move 16 an exchange of knights on g4 led to doubled pawn on the g-file, Bhakti found an ingenious way to make use of it. White did have a way to defend but WIM Thipsay wasn't quite able to find it. Let's have a look at what happened. 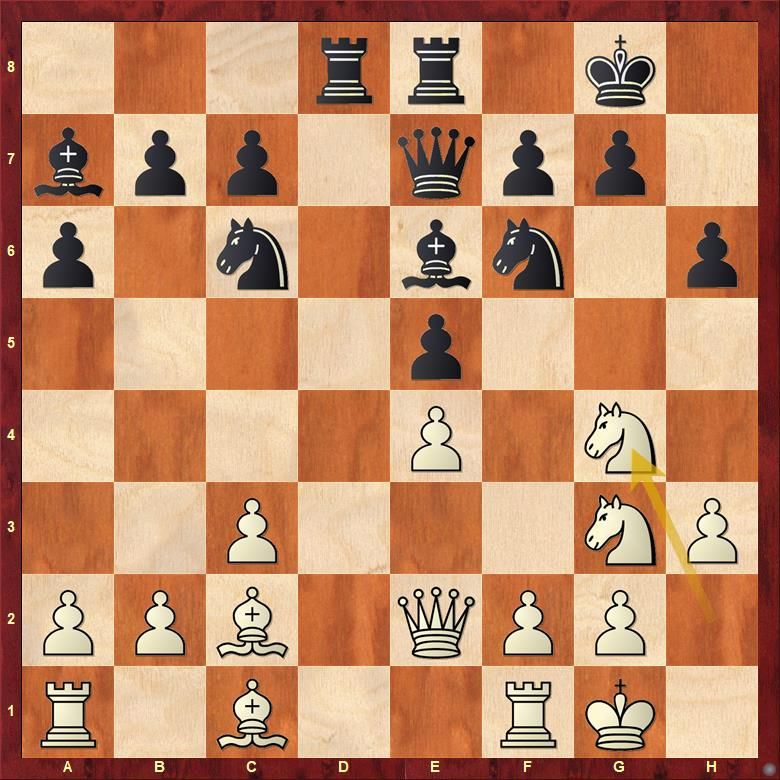 Position after 16.Ng4: White invites an exchange on g4.

Black didn't have anything better other than taking on g4, 16...Nxg4 17.hxg4 was played and now White's h-file was open and the g4 pawn was weak but how to capitalize on this? A move like 17...Qh4, for instance, is easily refuted by 18.Nf5. Well, it was here that Bhakti found an interesting way ahead, she made the move 17...g6!? provoking Bxh6. 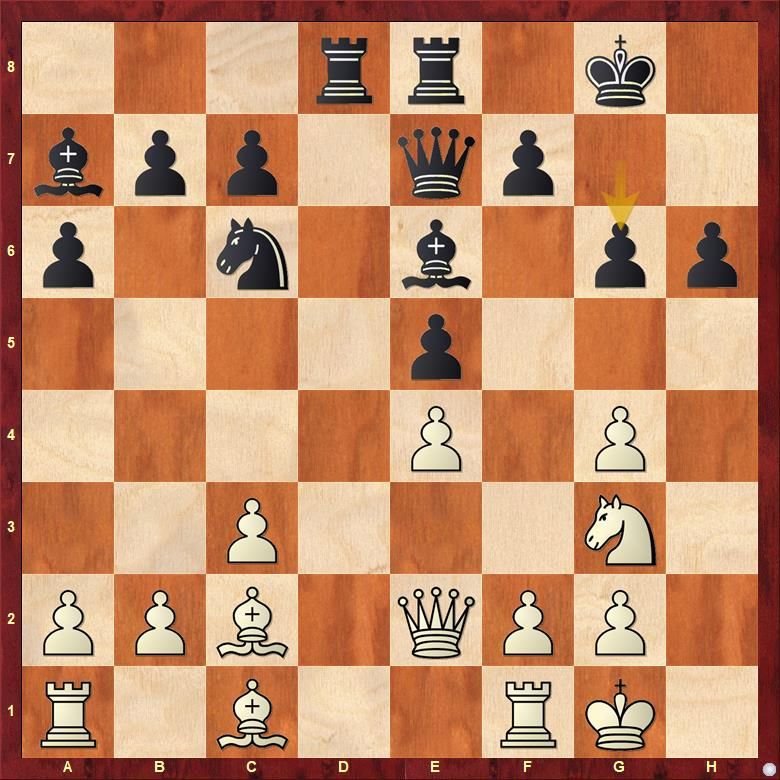 For starters, 18.Bxh6 isn't possible here because then comes 18...Qh4 followed by Kg7 and Rh8 with an unstoppable attack along the h-file, and next if White chooses to do nothing then 18...Qh4 comes very strongly as White doesn't have Nf5 anymore. The game followed 18.Re1 Qh4 19.Be3 Bxg4 and Black came in with force. 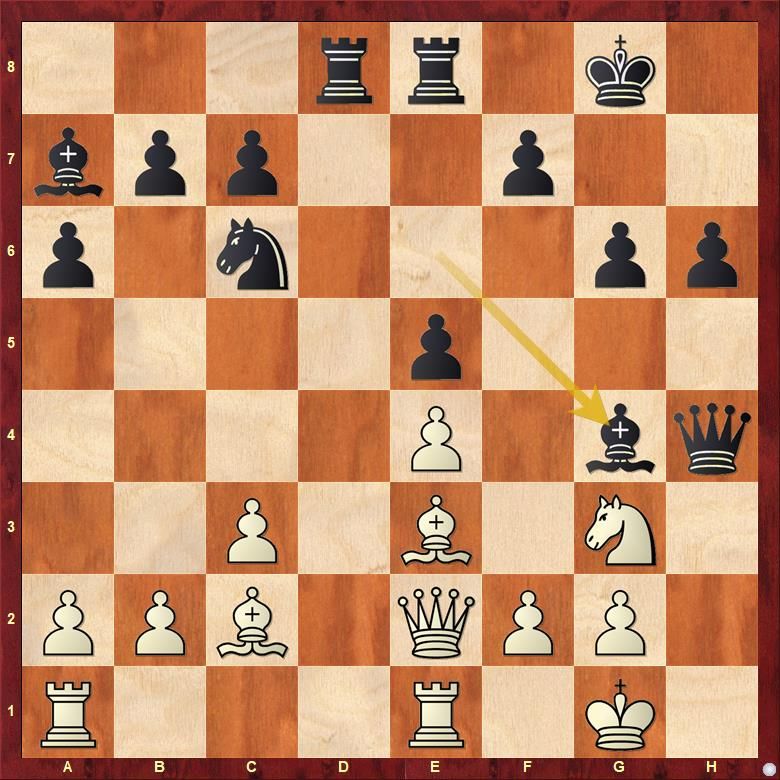 After 19...Bxg4, White had lost a pawn and the game went pretty much downhill for White.

However, Bhagyashree had one way to solve all these problems in the position. The move that she missed was 18.Nf5!! and this was the only move to save the game. 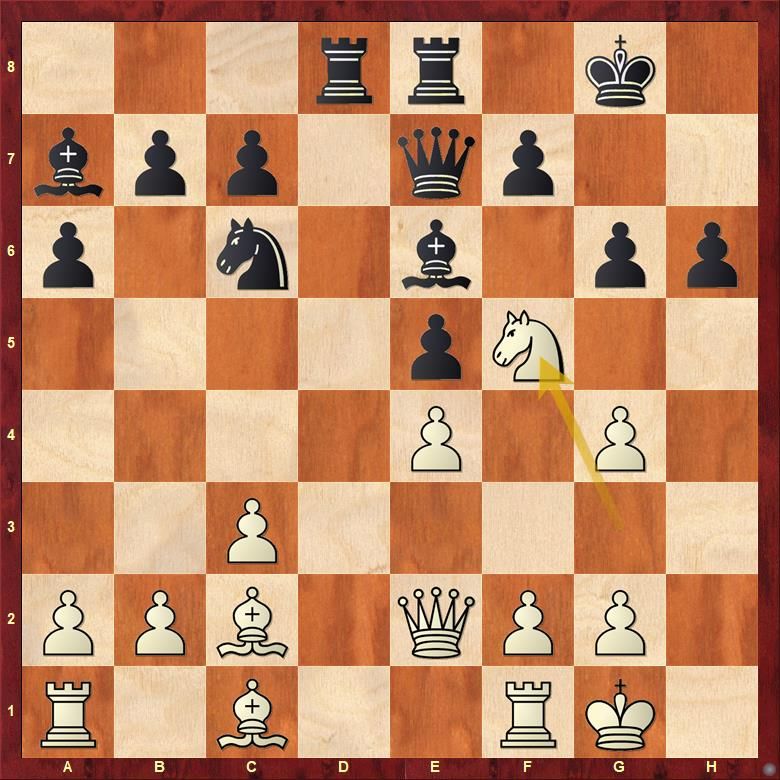 If White had found the brilliant 18.Nf5! then perhaps the result of the game would have been different.

The point is now Qh4 is prevented and if Black takes 18...gxf5 then after 19.gxf5 White either regains the bishop for her knight or after something like 19...Bc8 20.Qh5 Qf6 21.Bxh6 gets sufficient compensation. One can only wonder what would have happened had Bhagyashree played the move Nf5!? 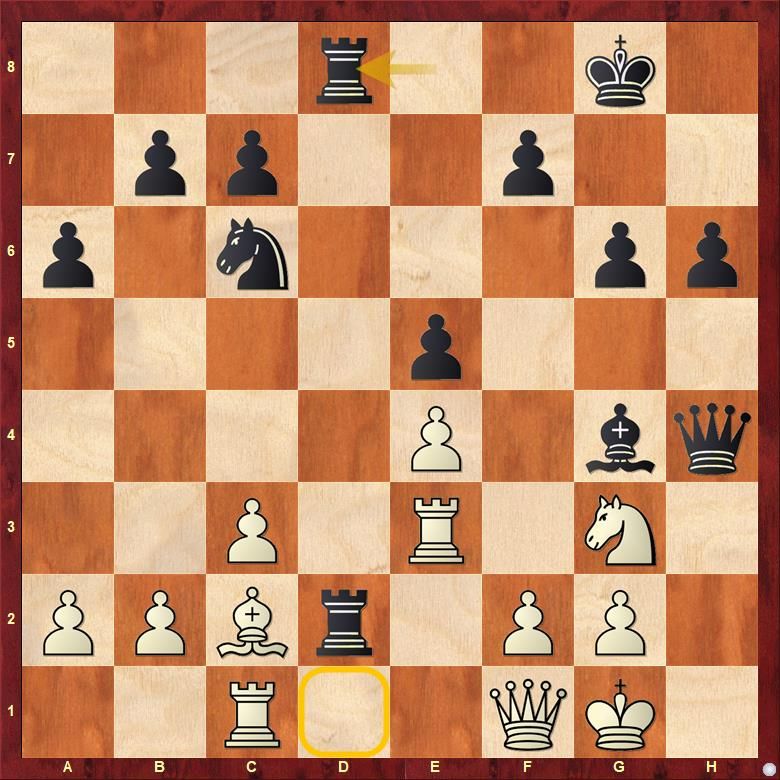 Position after 22...Red8: The presence of Black's strong bishop on g4 meant that the d-file was all Black's to take. Now it was time to slowly switch the attack to the other side of the board. 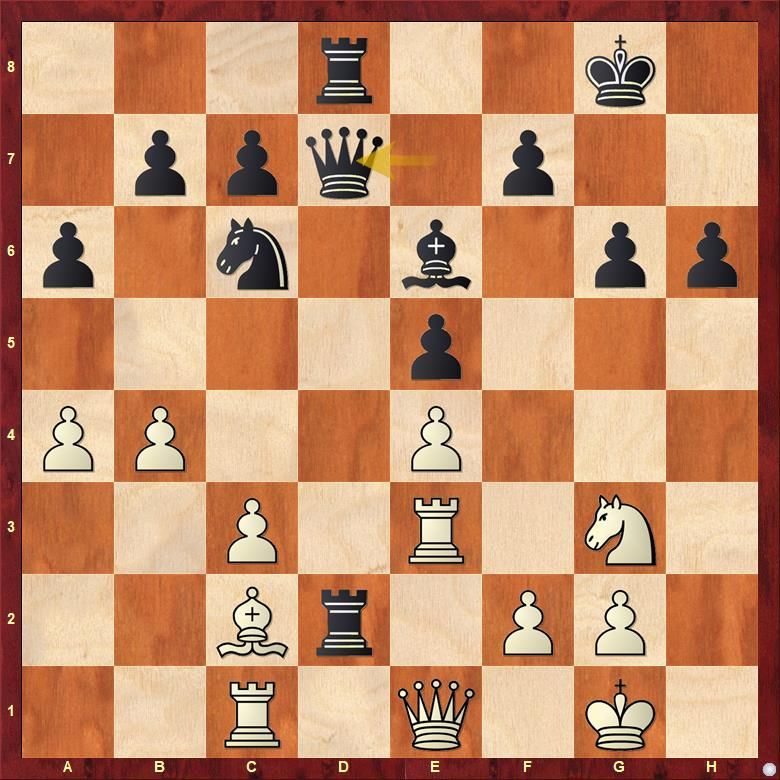 Position after 25...Qd7: Black maneuvers all her pieces towards the queenside now and proclaims full domination on the d-file 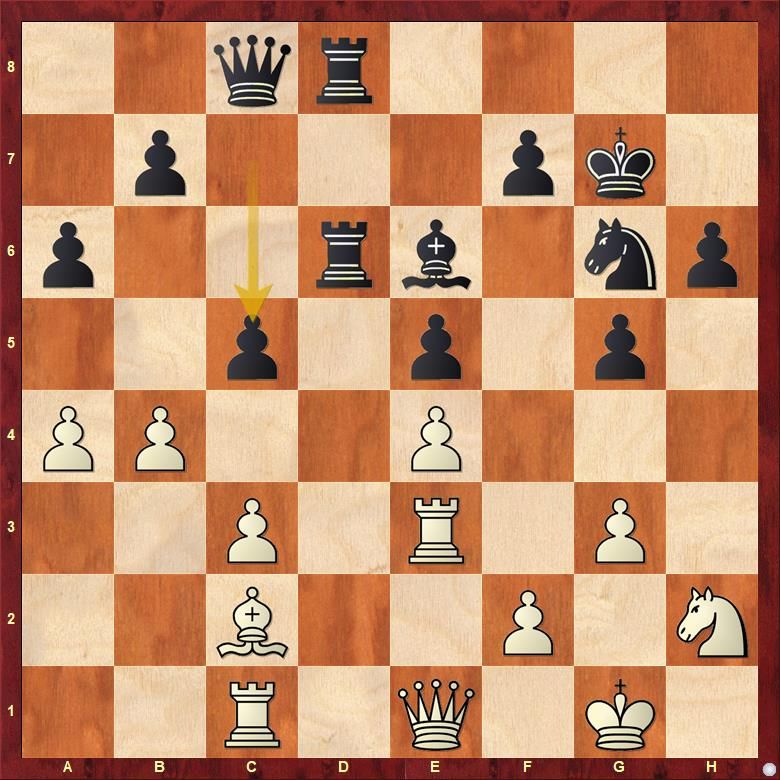 Position after 33...c5: Black lashes out on the queenside 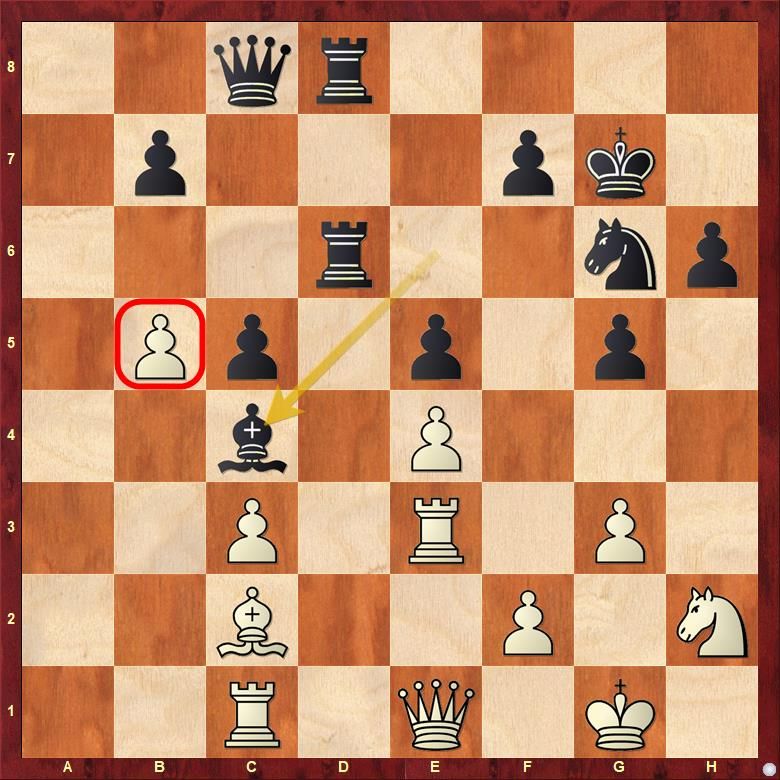 Position after 35...Bc4: Black is going to pick up another pawn!

From the above position the game went 36.Rb1 Rd2 37.Bd1 Bxb5 thanks to the double rook on d-file Black could simply snap off the b5 pawn. It wasn't long after that White resigned in the following position on move 44. 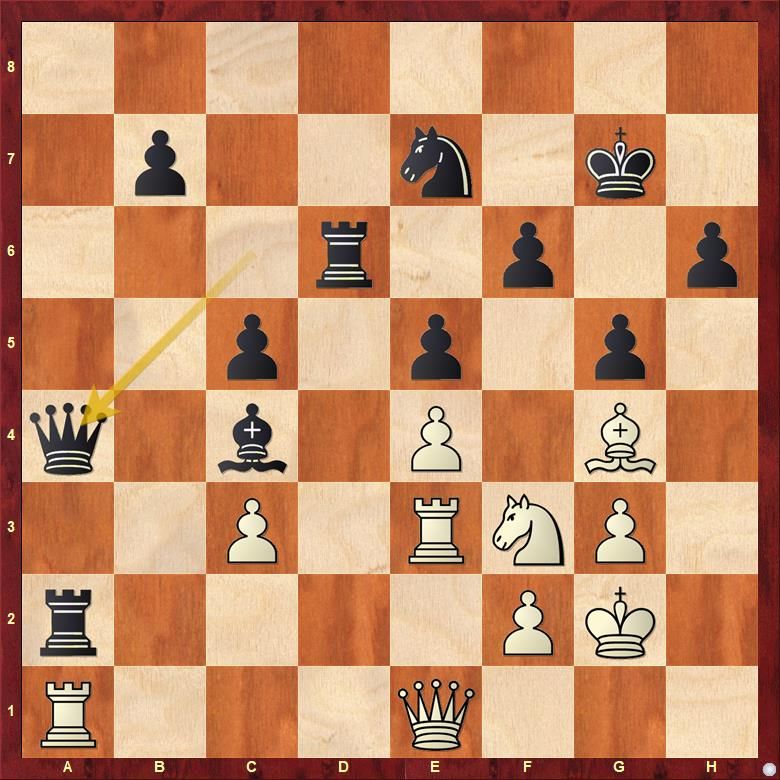 Position after 44.Qa4: It was in this position that White called it a day.

A fine performance by defending champion Bhakti. Is there anyone who can stop her? Replay the full game below: 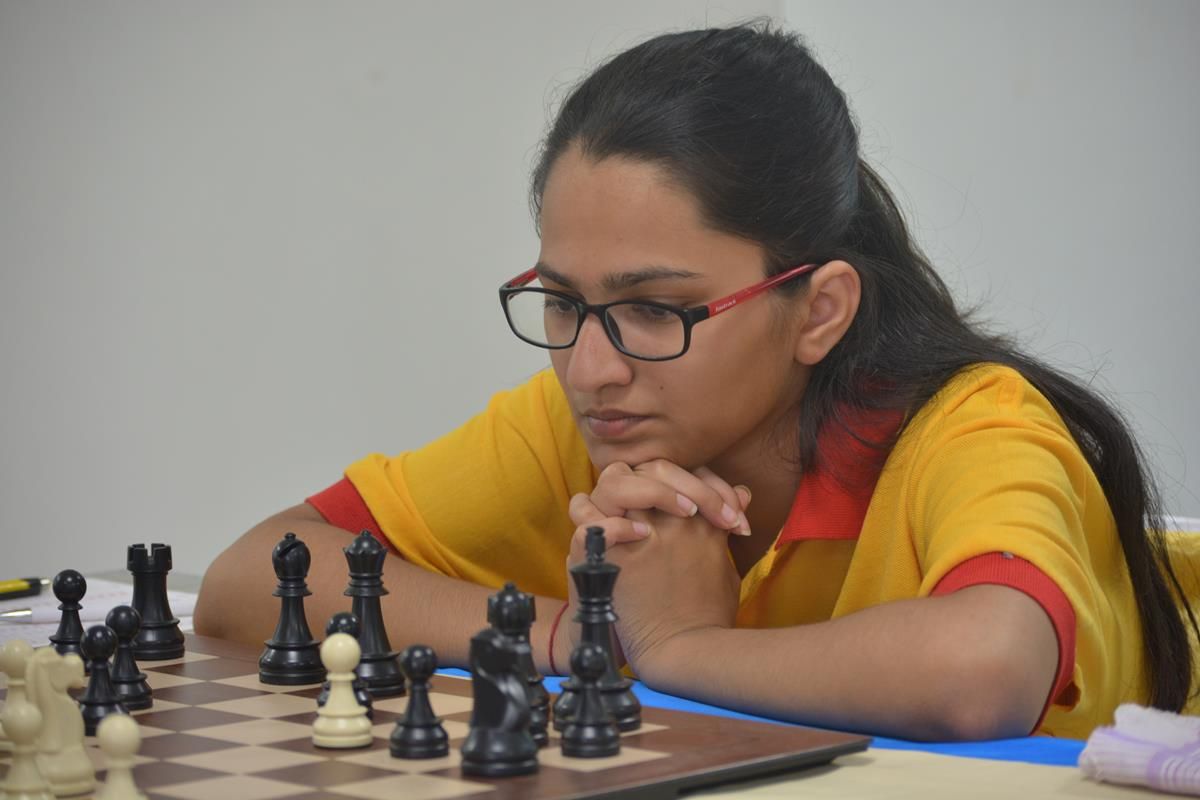 Vantika finished off the game with a nice tactical motif. 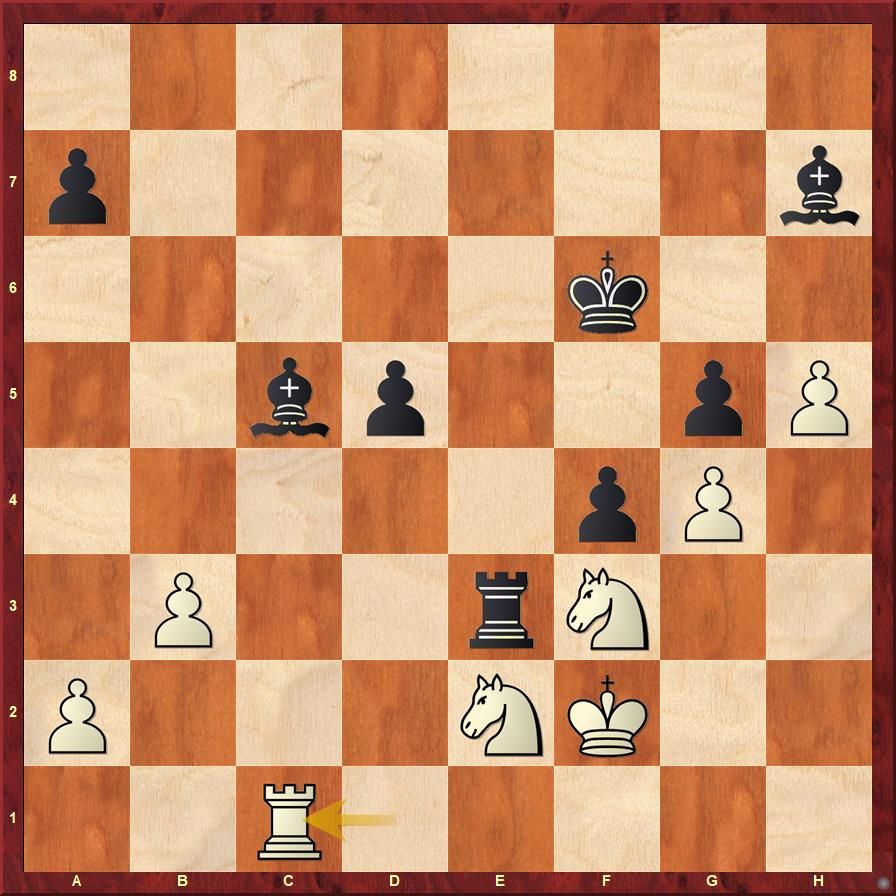 Black to play and finish off the game in style 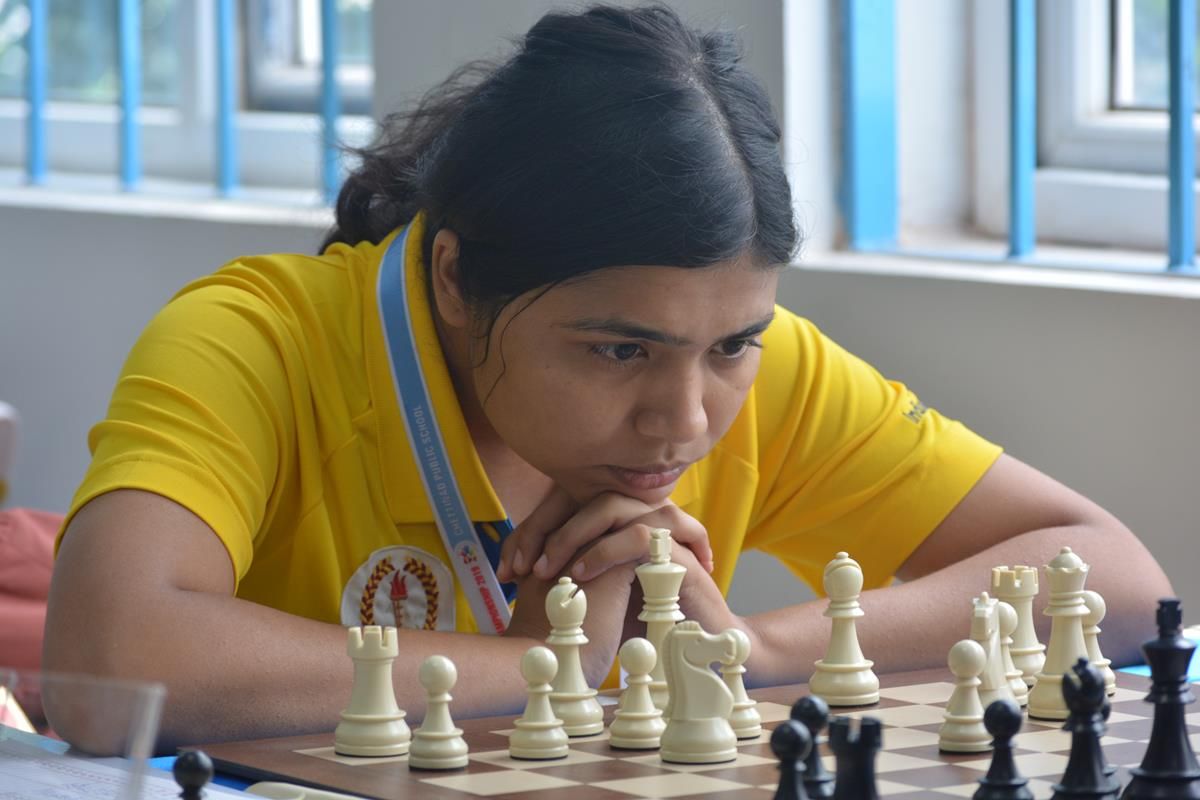 IM Soumya Swaminathan defeated WFM Nityata Jain who was one of the leaders after round 3. Soumya is now on 3.5/4 along with four other players | Photo: IA Gopakumar Sudhakaran

We have a little quiz for you from Soumya's game! 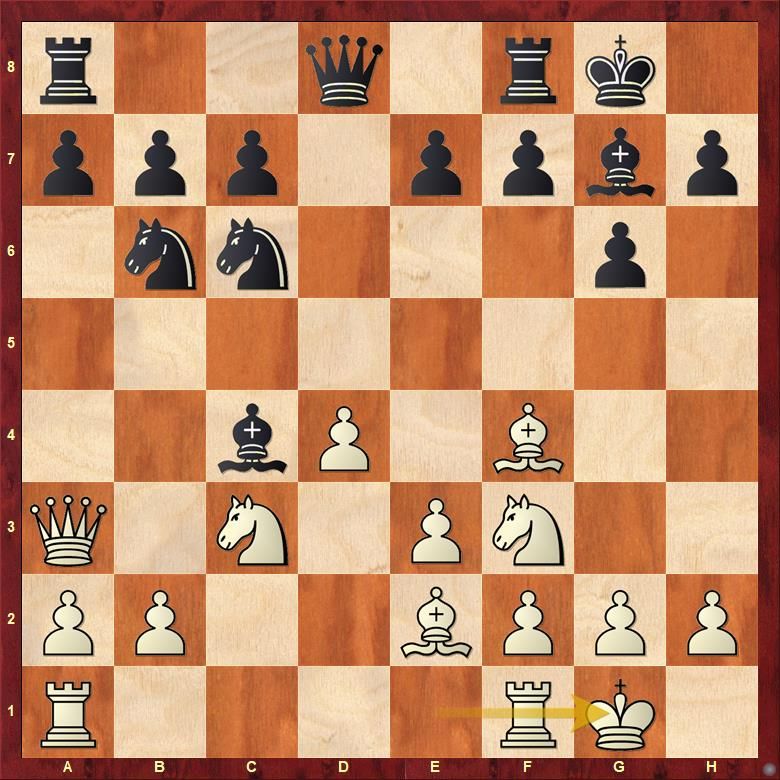 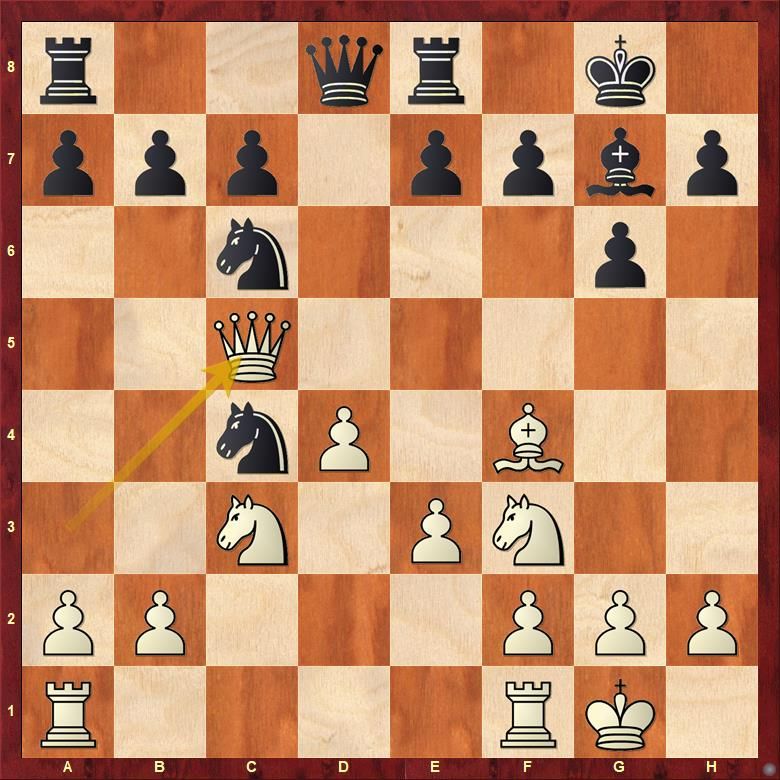 Notice, Black can't play 13...Nxb2 because of 14.Qb5 trapping the knight! Our question to you is, what would have happened if White went 11.Bxc4 Nxc4 12.Qc5 right away without getting the king castled first? Think about it and then check the answer in the annotation below: 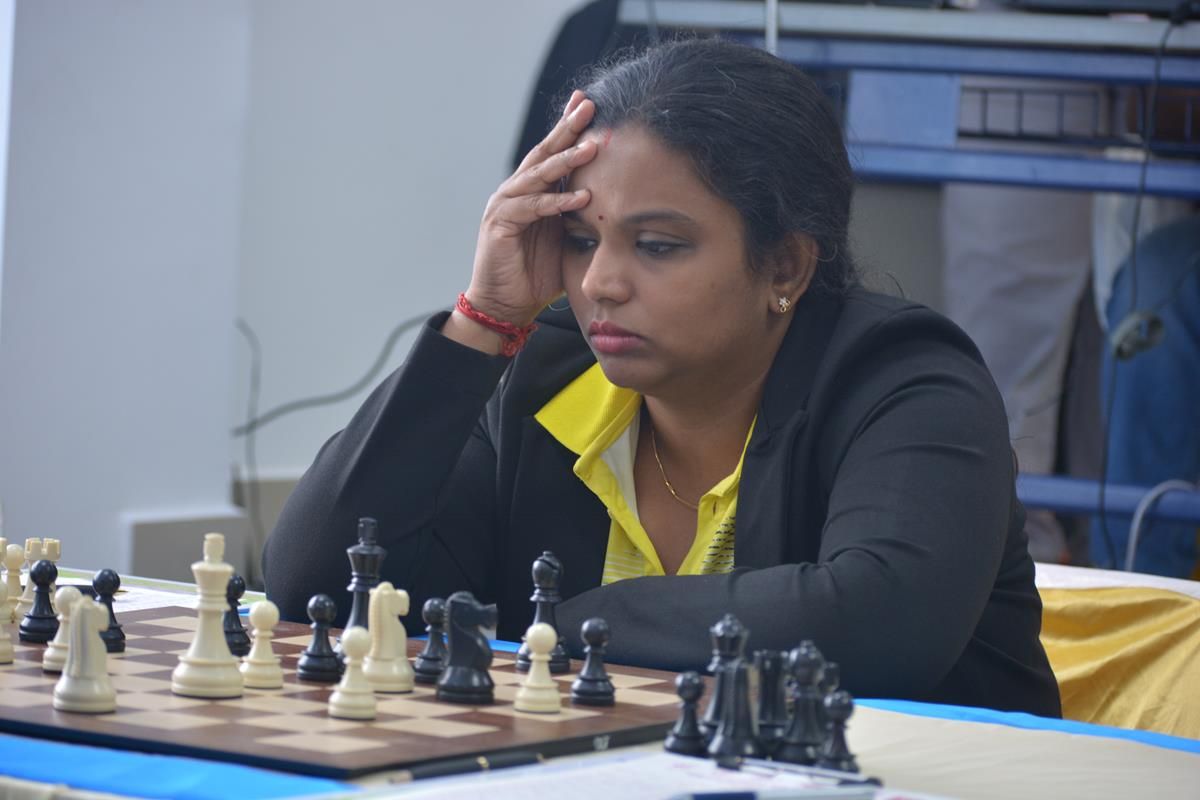 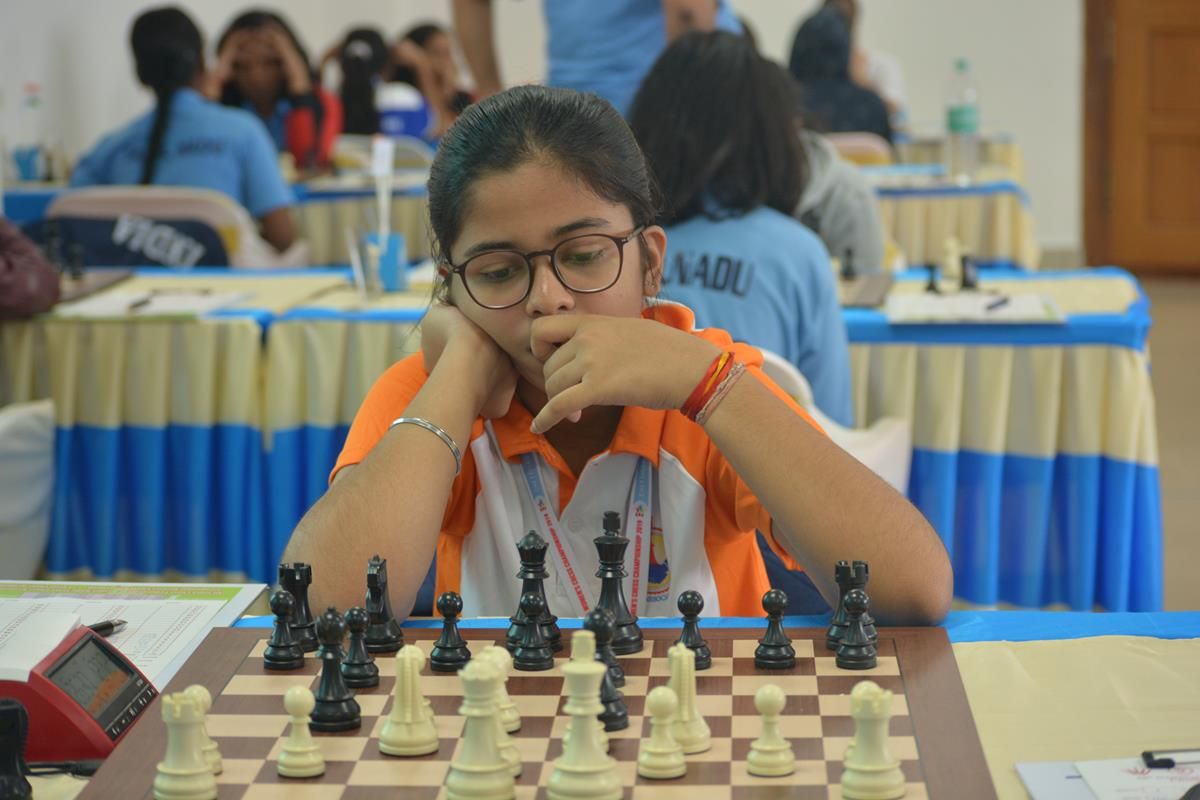 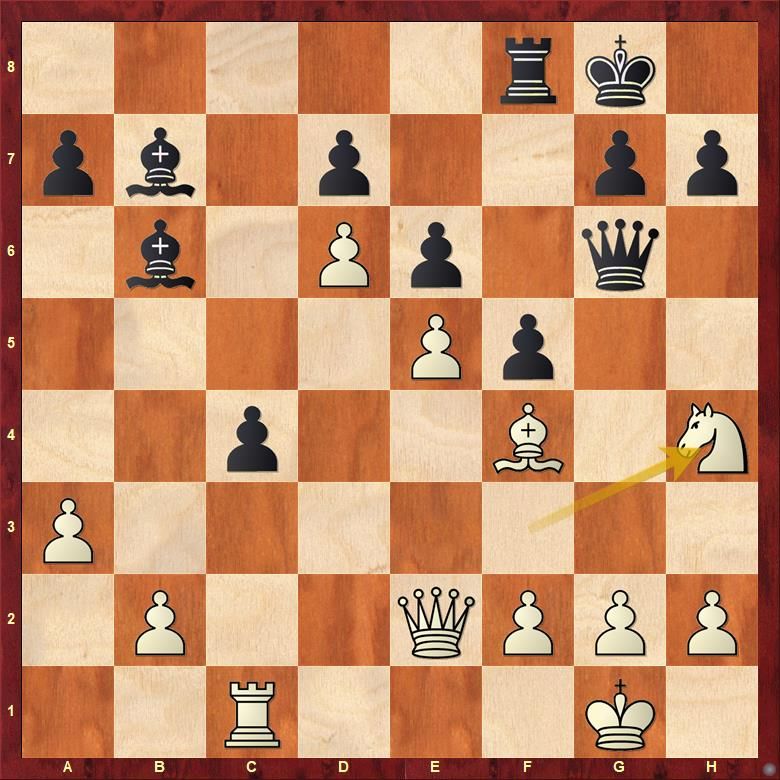 White has just played 28.Nh4 threatening the black queen, what has she missed?

In the above position 28...Qg4 followed and after 29.Qxg4 fxg4 the h4 knight was trapped! Black played g5 soon! 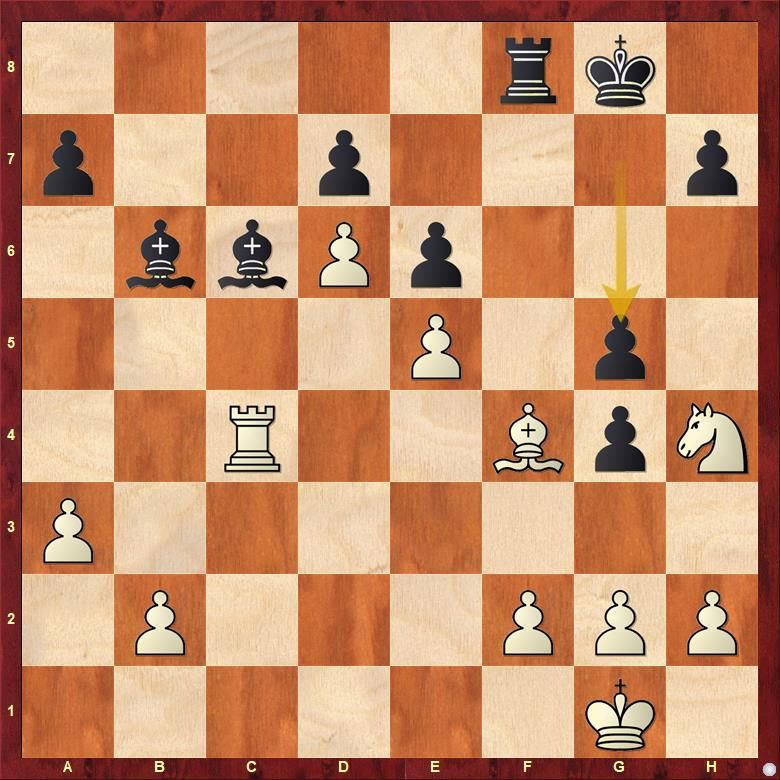 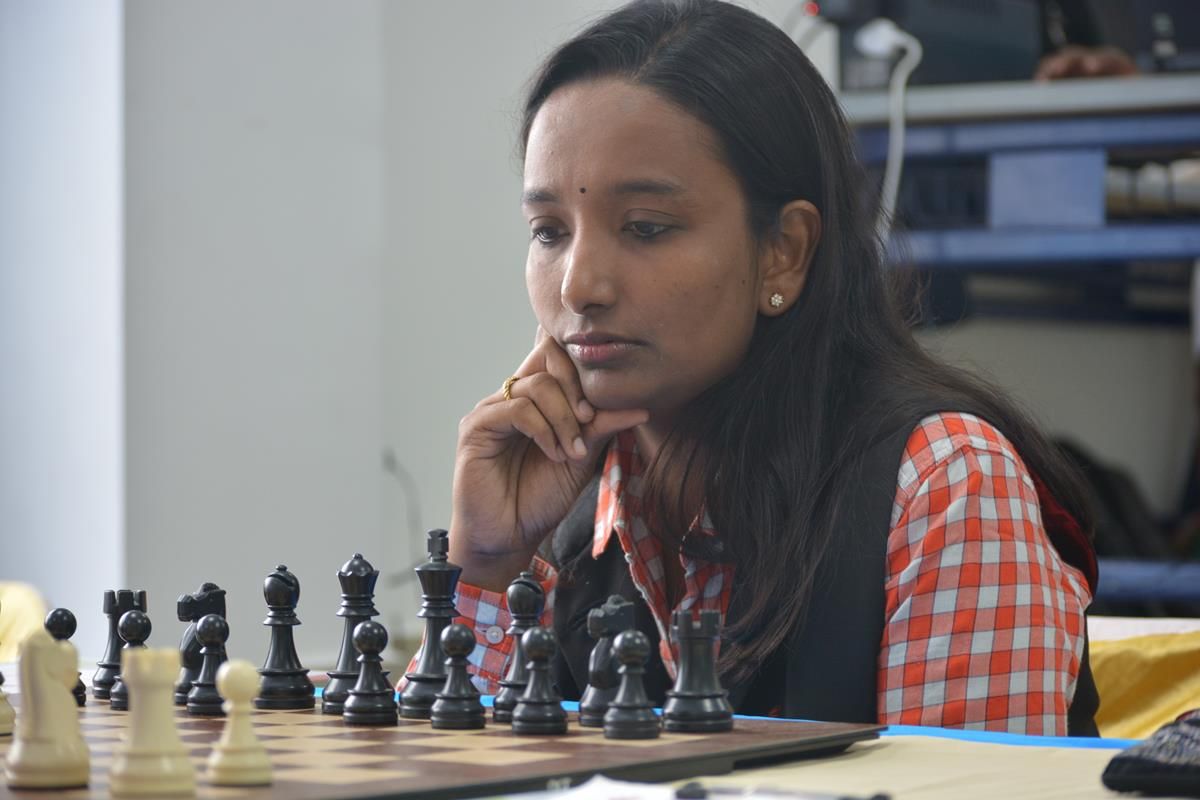 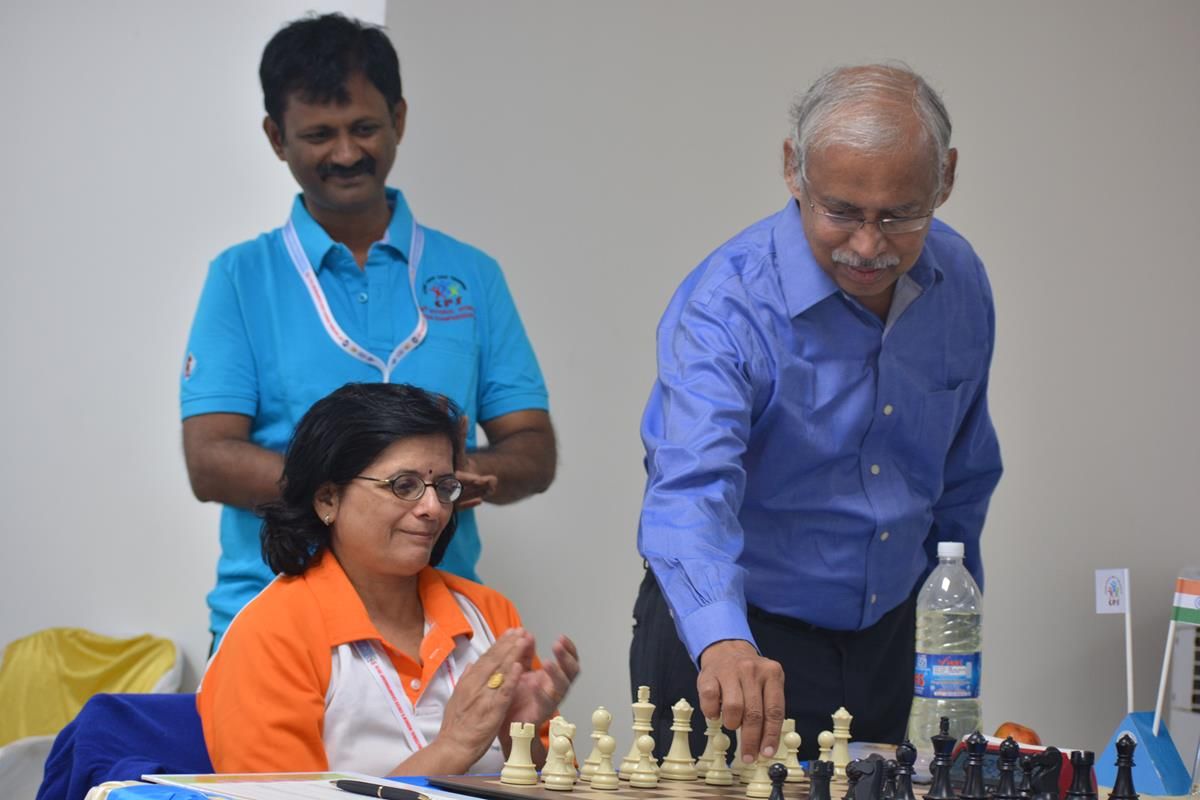 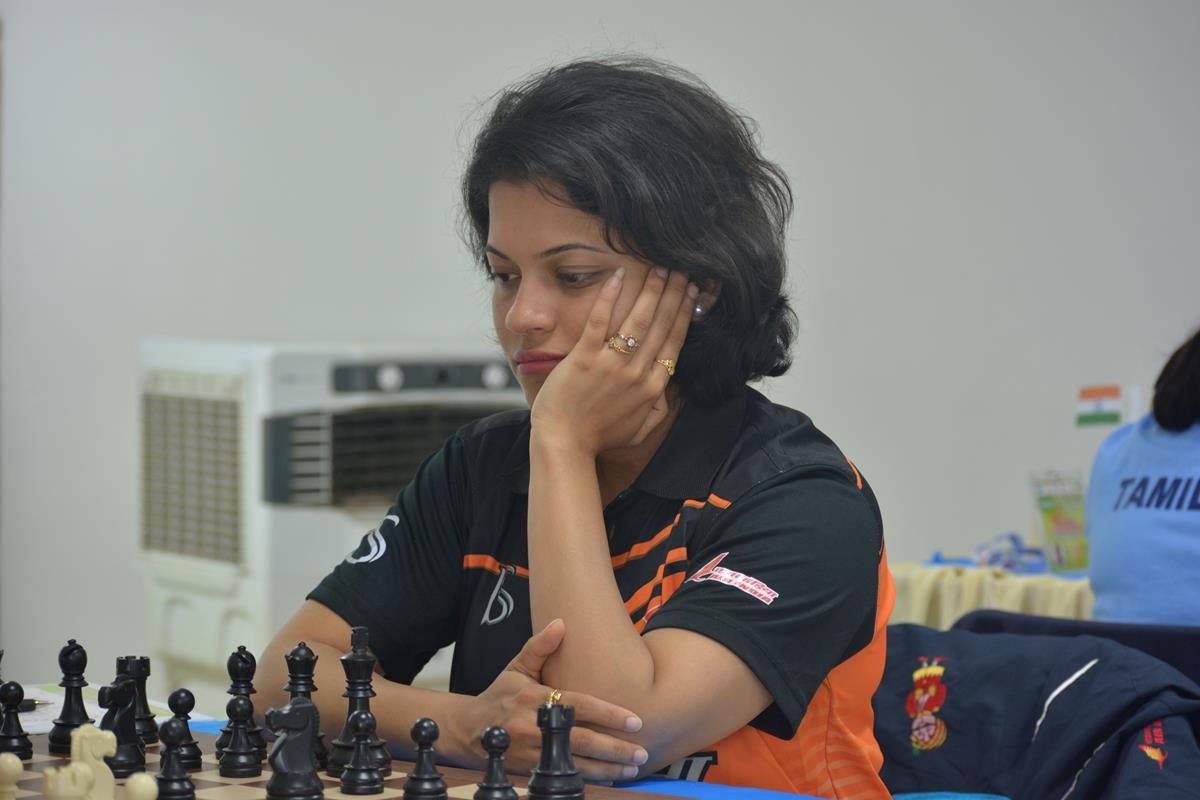 IM Bhakti Kulkarni is in tremendous form can she defend her title this year? | Photo: IA Gopakumar Sudhakaran 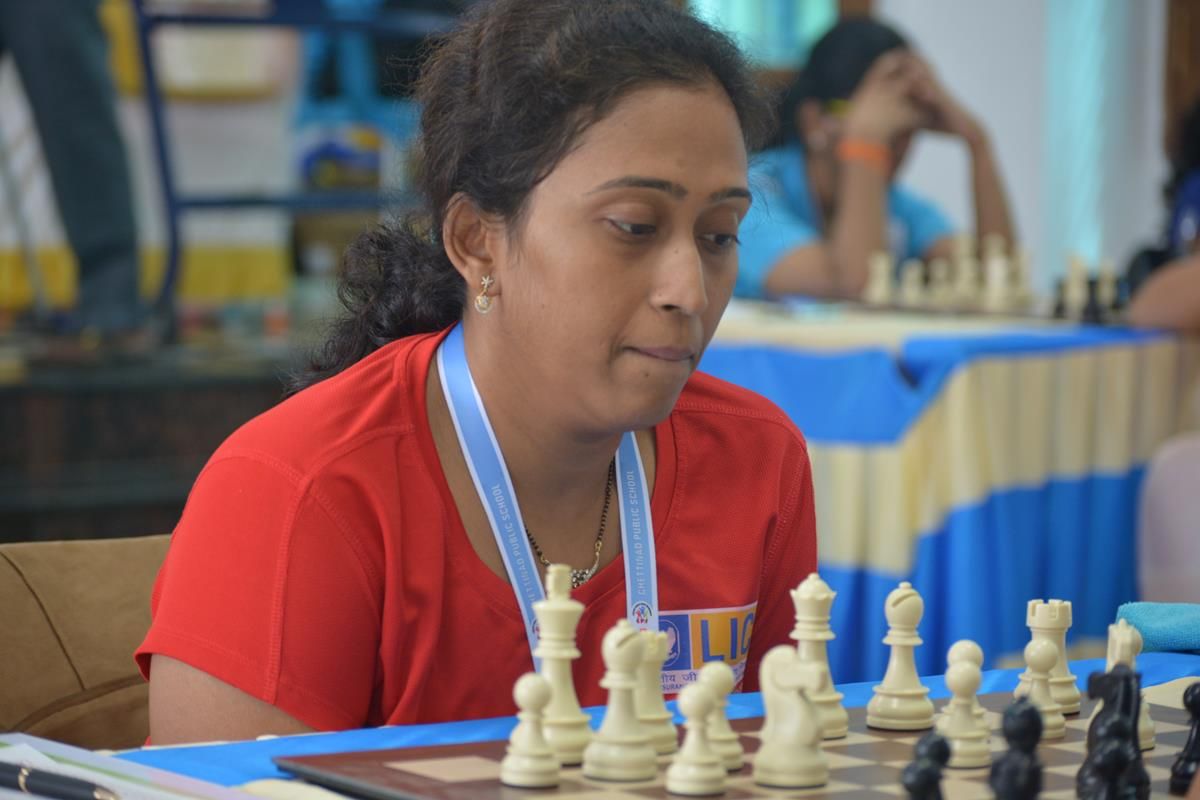 WGM Swati Ghate defeated Jyothsna L. today. After her first round loss, Swati has won all her games and is well on track to making a strong comeback. | Photo: IA Gopakumar Sudhakaran 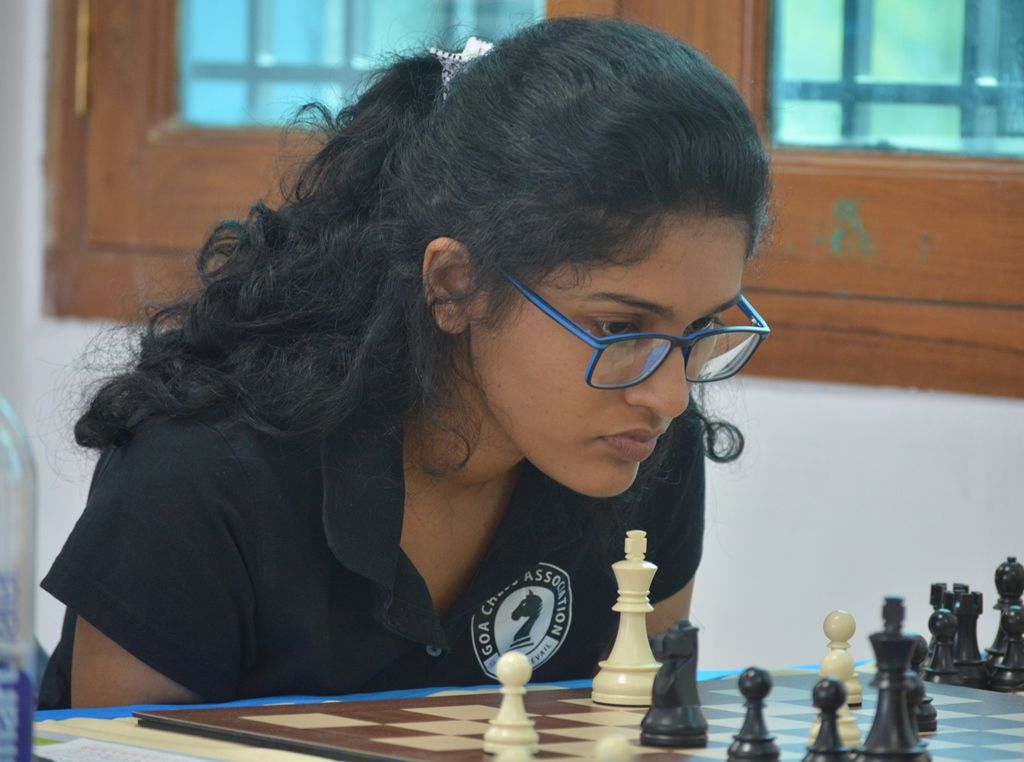 Nandhini Saripalli is playing well in the tournament. After beating Pratyusha Bodda in round two, she drew with Meenakshi and in round four she drew her game against WIM Michelle Catherina P | Photo: IA Gopakumar Sudhakaran 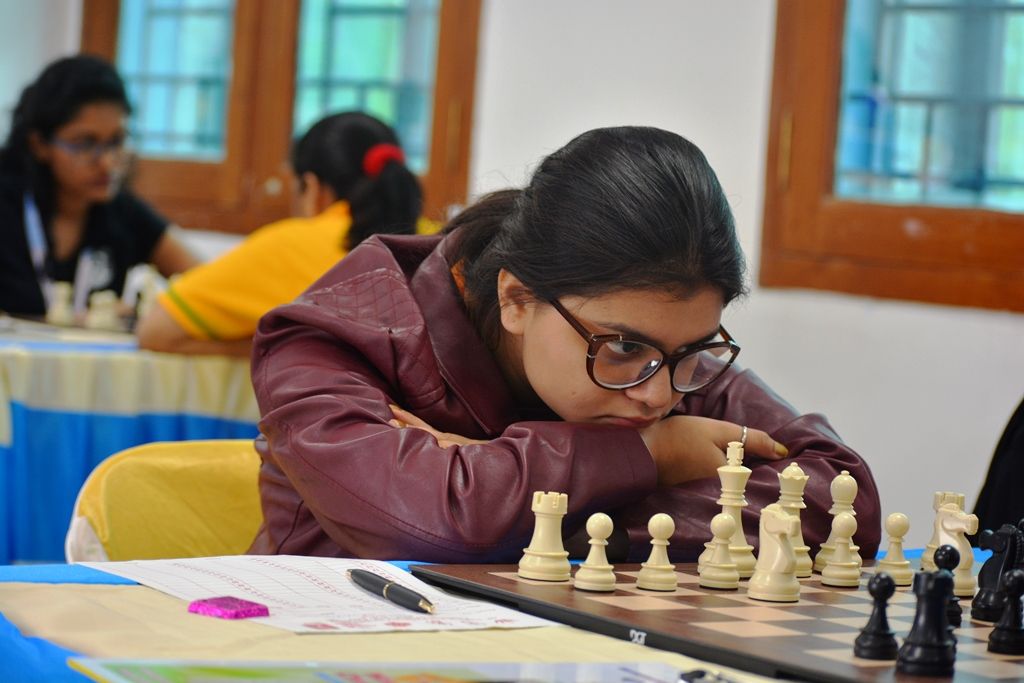 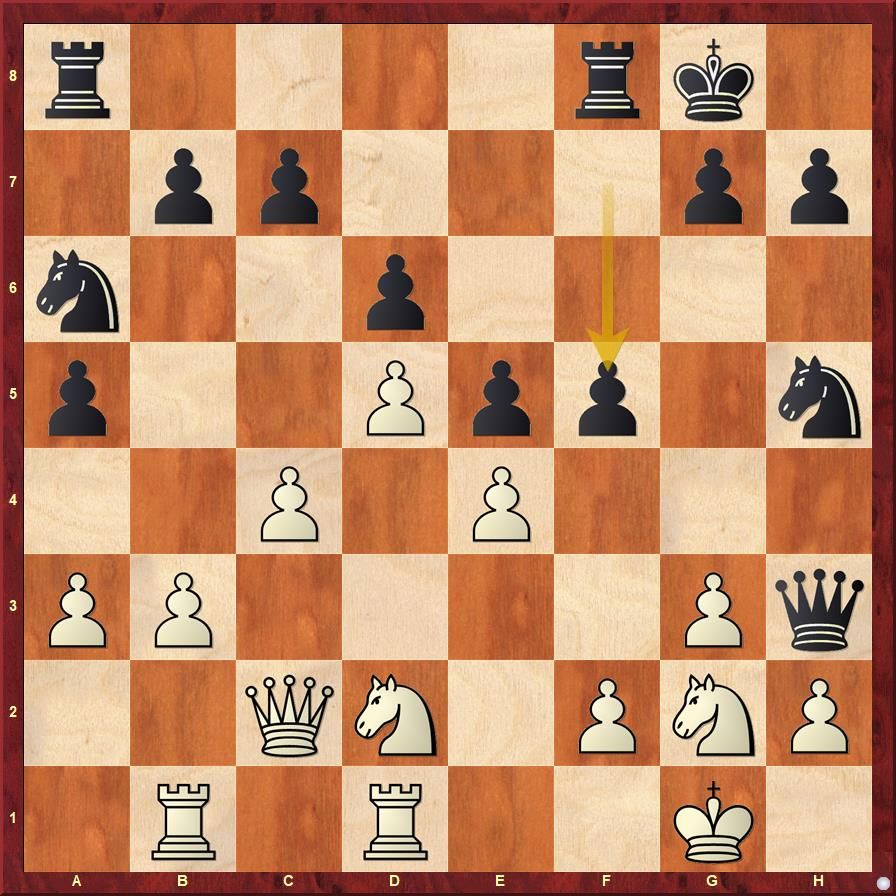 ...f5 by Mary is one of those moves which looks great on the surface, but in reality does more damage than good. White took on f5 and got a beautiful square on e4 for her knight. Later Srishti played her knight to e3 and the slowly pushed Black back. It was a nice game for the girl from Nagpur.

Follow the games live here. 22nd July is a double round day. Morning game will begin at 9 a.m. and the afternoon round will be at 4 p.m.