Ever heard of 106 teams participating in a state team championship and that too with grandmasters and international masters in the fray? Welcome to Tamil Nadu! Welcome to India! It happened at Kovilpatti, a small town in Tamil Nadu when National Engineering College organized the 34th TN State FIDE Rated Team Chess Championship from 8th to 11th November. We have a report from our very own R. Anantharam.

A new chapter has been scripted in the history of Tamil Nadu or even in Indian chess. Ever heard of 106 teams participating in a state team championship and that too with grandmasters and international masters in the fray? 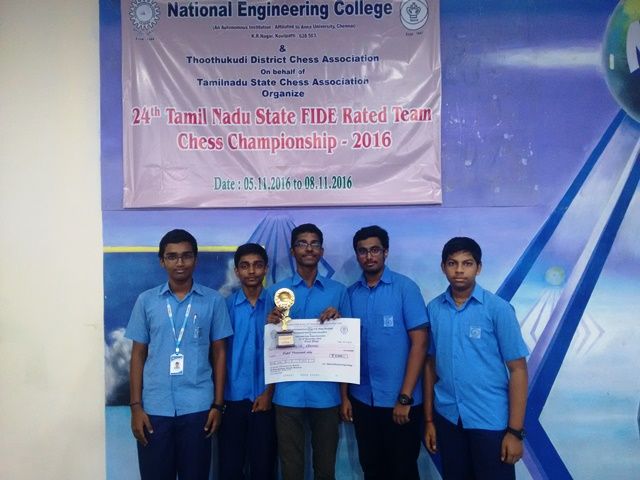 The Velammal A team won the title after a gap of one year. It comprised a bunch of students hailing from the Velammal Group of Institutions Chennai (average rating 2385), had the National Premier runner-up GM Aravindh Chithambaram, IM Siva Mahadevan, Karthik V, who has two IM norms to his credit, AL Muthaiah, who represented India in the World Youth Olympiad 2015, and S Jayakumaar. 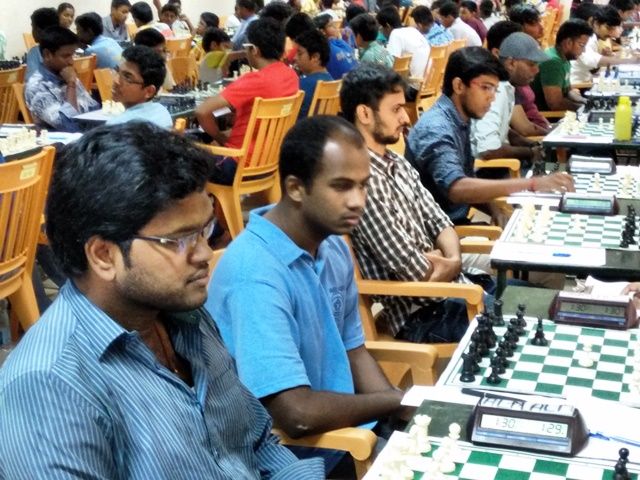 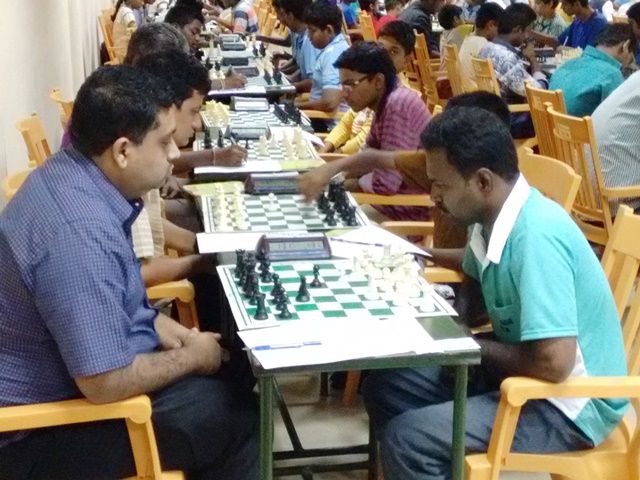 But, surprisingly another young team — T Nagar-A of Chennai — finished second ahead of ICF and GKCA. In their clash against the champions, Velammal A, Arjun Kalyan drew against Aravindh Chithambaram, which boosted their spirits. 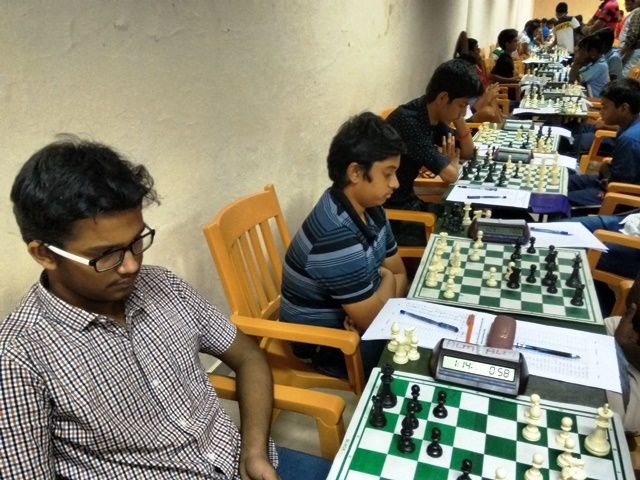 The Velammal team scored 4–0 victories in the first three rounds and also won all the remaining rounds comfortably. As ICF was beaten by Viyugam CA, it could not face the Velammal team. T Nagar A team had a relatively easier outing. Anyway, their achievement has to be commended. 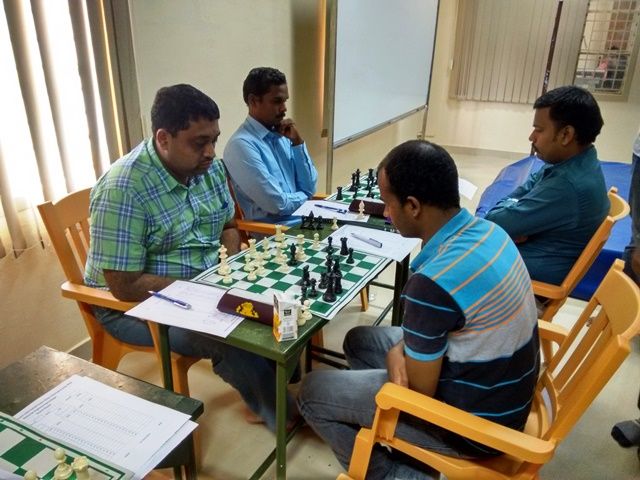 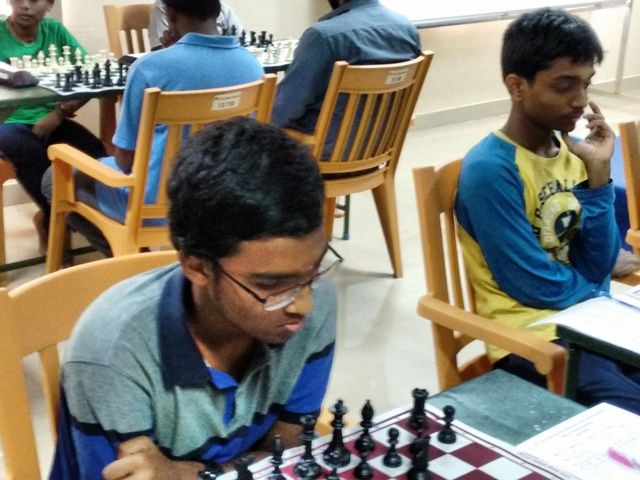 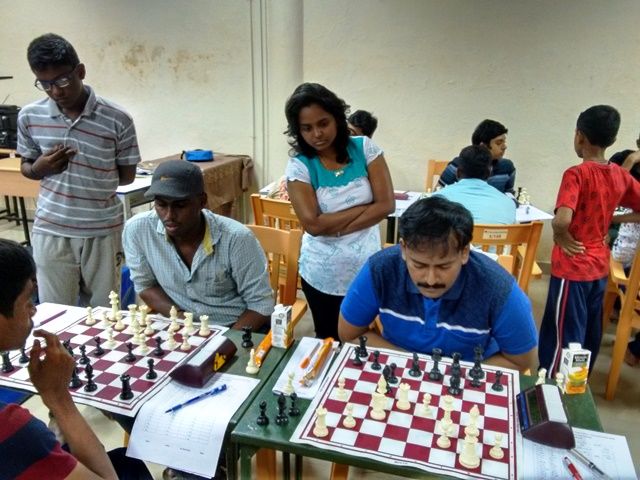 Viyugam had N Lokesh and P Saravana Krishnan, winner of several rating tournaments in 2016 and... 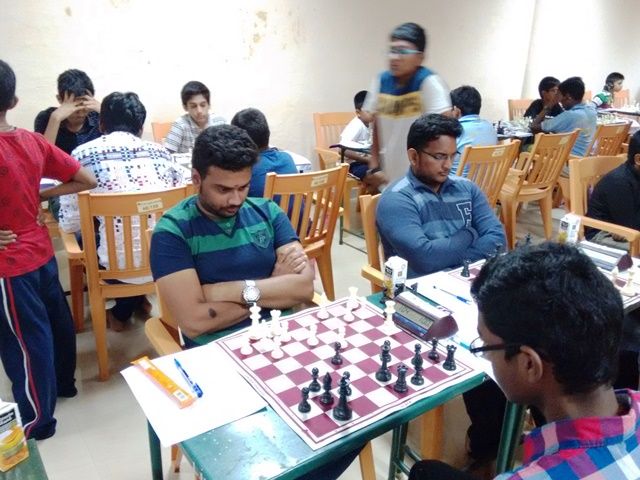 Arjun Kalyan of T Nagar-A won the top board prize and young S. Suganthan of Tirunelveli won the prize for the second board with a perfect 100% score, ahead of Aravindh Chithambaram. 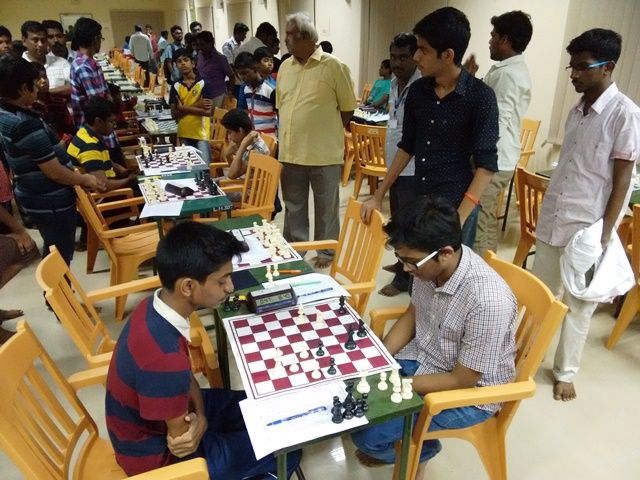 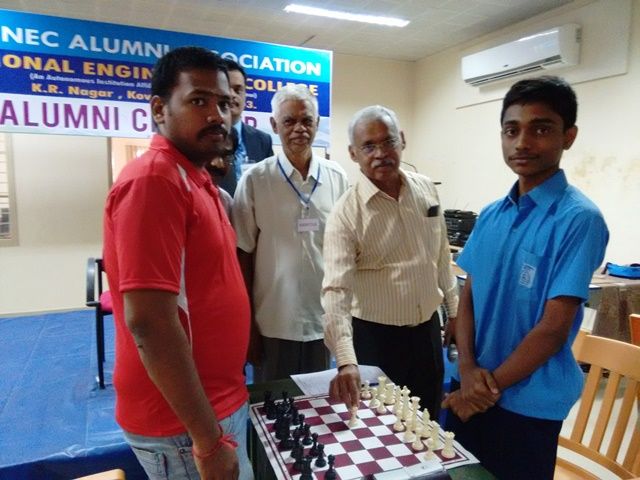 Sri V. Hariharan, Secretary of the AICF, inaugurated the final round.

The organizer National Engineering College, Kovilpatti has been constantly supporting all sports, especially chess. It conducted this tournament at a very short notice of two weeks, with a record number of entries. The management was generous in providing free food and lodging not only to all players and also to all accompanying persons. An air conditioned hall and a spacious auditorium provided excellent infrastructure for playing.

In the photo to the left is the chairman Mr. K. Ramasamy.

No entry fee for the next tournament, besides free boarding and lodging:

Within a space of 45 days, the college is organizing a state level chess tournament on 30th and 31st December, wherein no entry fee will be collected from the participants, in addition to free boarding and lodging. A cash bonanza of one and a half lakhs rupees is also waiting for the top rankers. With such a magnanimous gesture, chess is bound to make rapid strides in the area.

Kovilpatti is in the southern most part of India, with Kanyakumari about 120 KMs from here.

Cortallam, a salubrious waterfalls resort is also nearby.

Prof. Anantharaman is not only the best International Arbiter in India but is an extremely well educated and learned person, who was the Head of Chemistry department in the college where he used to teach a few years ago. He is a member of Swiss pairings Programs Commission, FIDE, and has served as chief arbiter in several tournaments of importance.