Welcome to a tournament with no spot entries!

An International rating tournament with the first prize of Rs.61,000 will be held in Nashik from the 18th to the 23rd of July 2017. Apart from the playing venue being world class, and excellent lodging facilities, the event is famous for one more reason - No spot entries and punctuality. The first round at the 3rd Resha International will begin right on time at 3.30 p.m. on 18th July. So, it would be in your interest to register as soon as possible for this tournament that is taking place in the hometown of India number three Vidit Gujrathi!

Chess in Nashik has been growing exponentially since last few years. Vidit Gujrathi, the local hero, has had a huge contribution in this boom, since he never ceases to amaze and inspire players to get more involved in our royal game. The current state champion (at the time of writing), both in open and women group are from Nashik. After conducting two grand tournaments in the last two years, Resha is back with another, grander version of its open tournament. The 3rd edition of Resha International Open is going to be held from 18th to 23rd July 2017, at the class venue Shree Swaminarayan Banquet Hall, Panchavati. 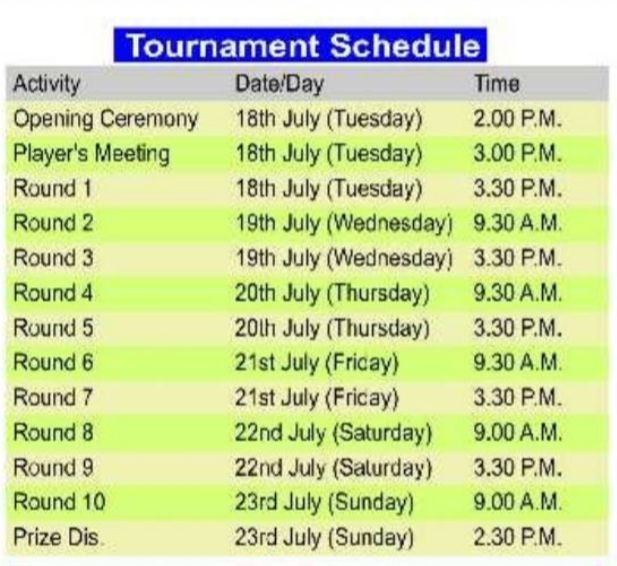 The tournament is a 10-round swiss (depending upon number of players), with single rounds on first and last day. The total prize fund is Rs. 3,09,000, with the first prize of Rs. 61,000 and with prizes for various rating and age categories. 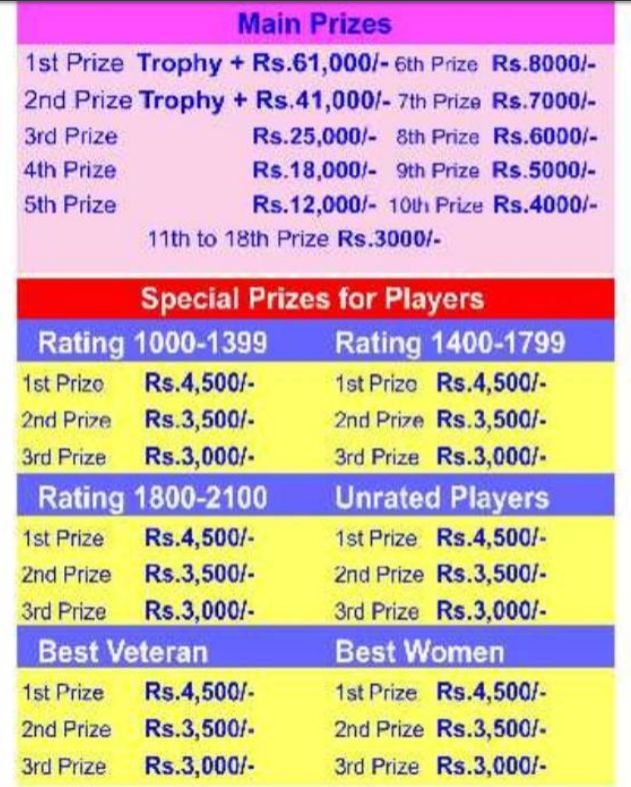 The main and special prizes

The organisers are known for their time management and hospitality and have left no stone unturned in giving a satisfying experience to the players. Unlike other tournaments, no spot entries will be accepted, hence the pairings for the first round will be up before the tournament even starts.

20 DGT boards will be arranged on starting tables, to give a world class feel to the players. Apart from the playing hall, an extra hall for leisure and relaxing will be made available for players and parents to sit and discuss their games. With such playing conditions, you can expect some very strong competition, essential for the overall development of the players. So prepare your neurons for great amount of work! 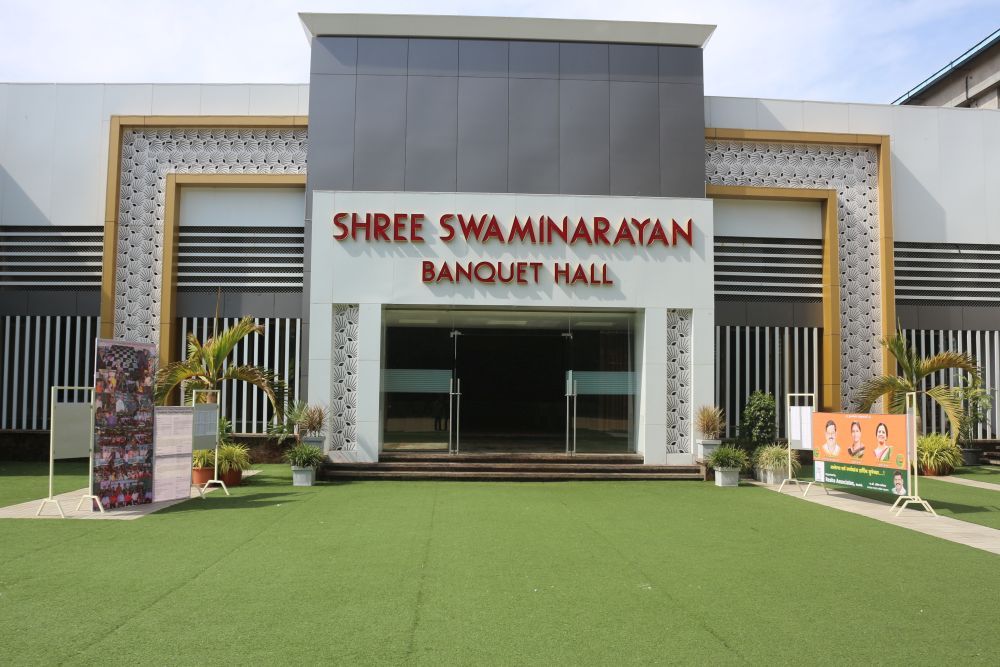 Shree Swaminarayan Banquet Hall is the venue of the tournament 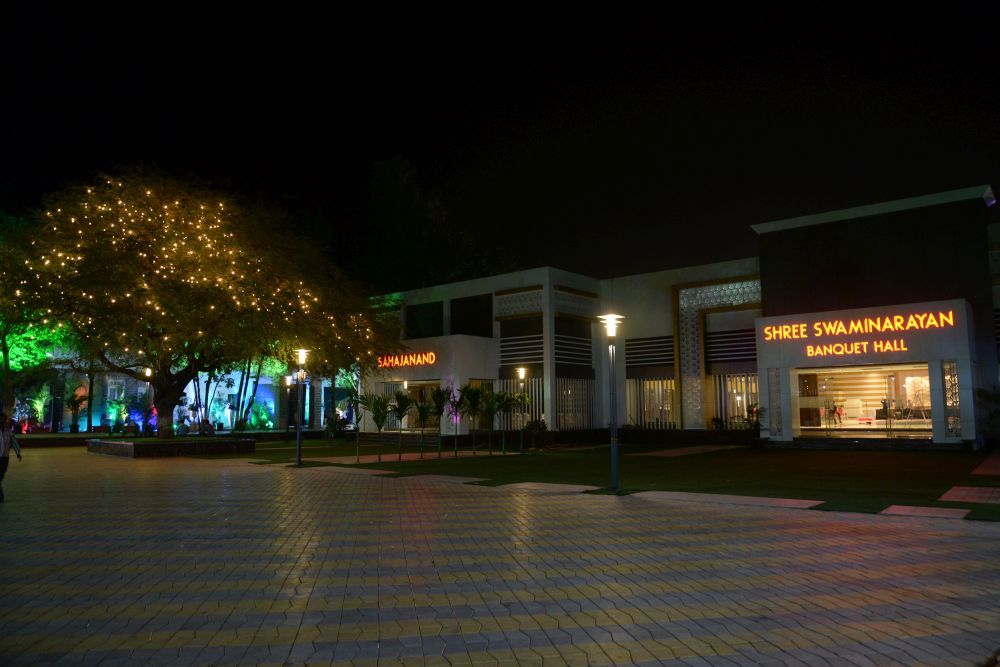 The tournament hall in the evening 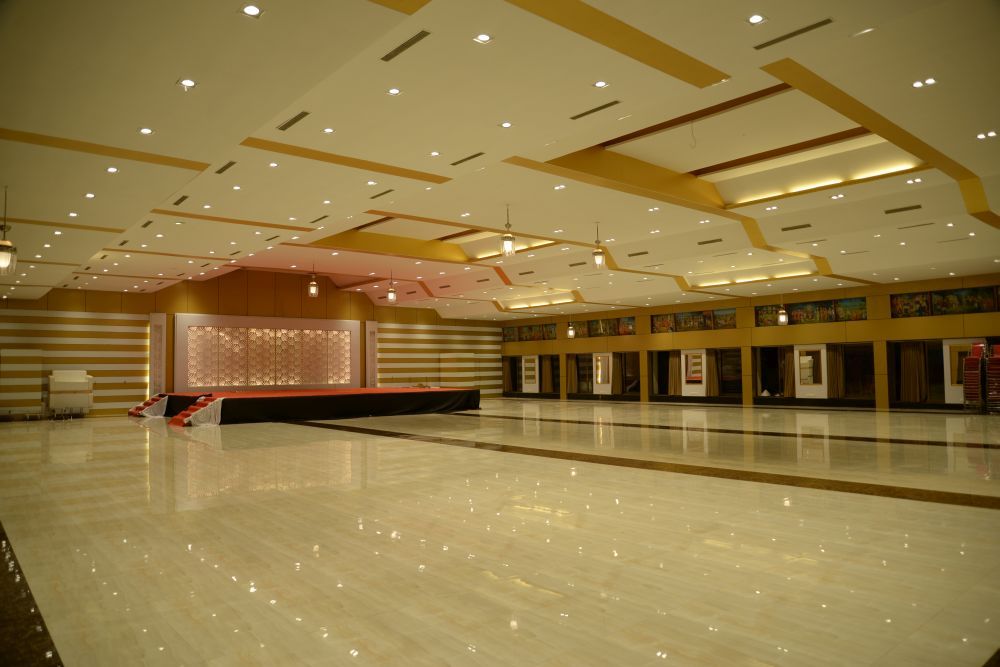 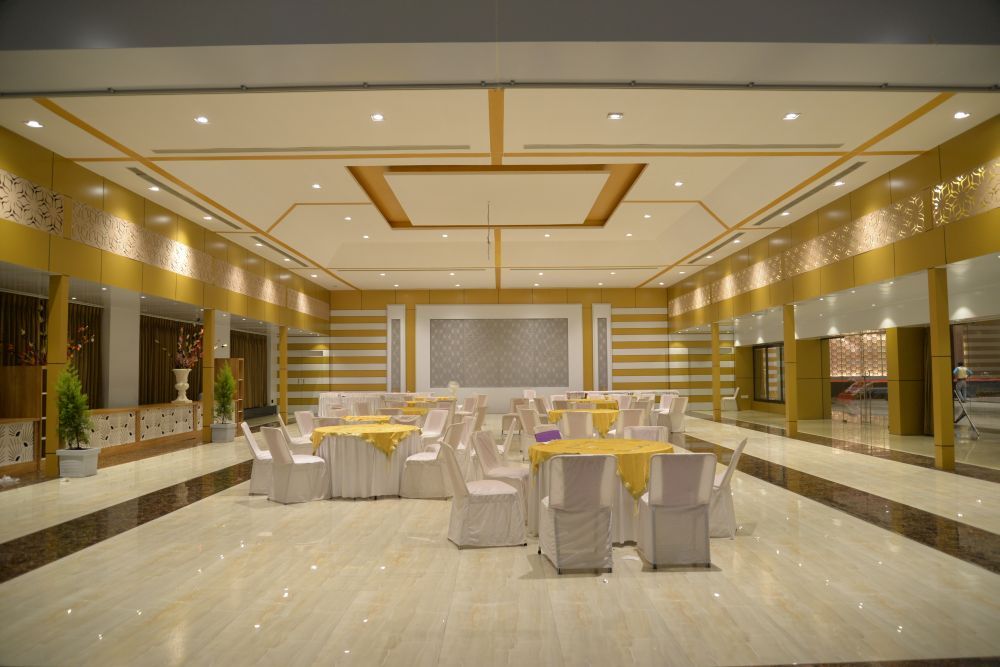 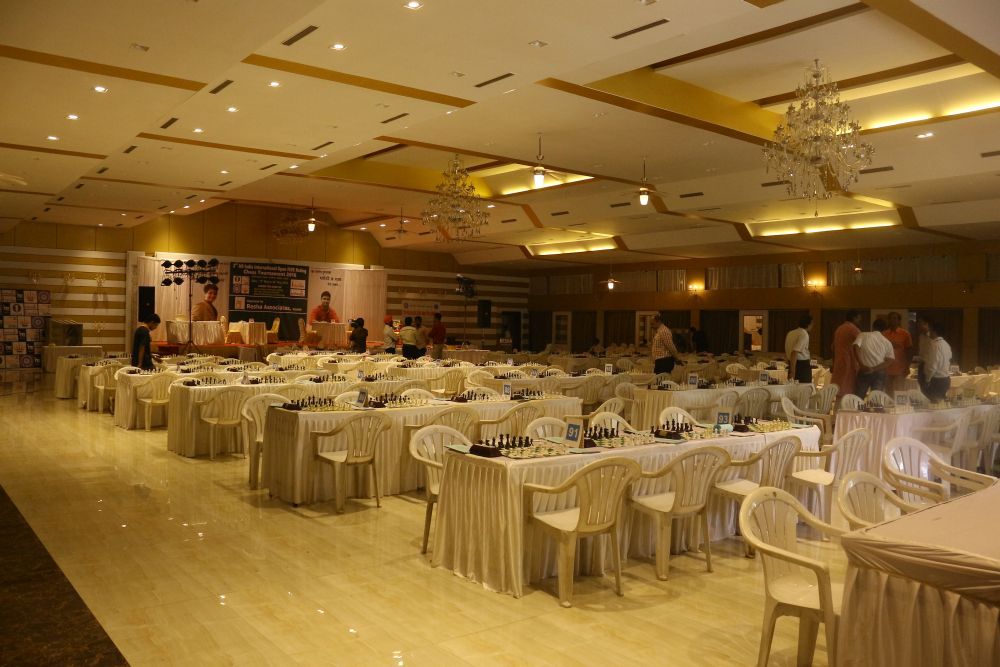 With some chairs, tables and pieces... 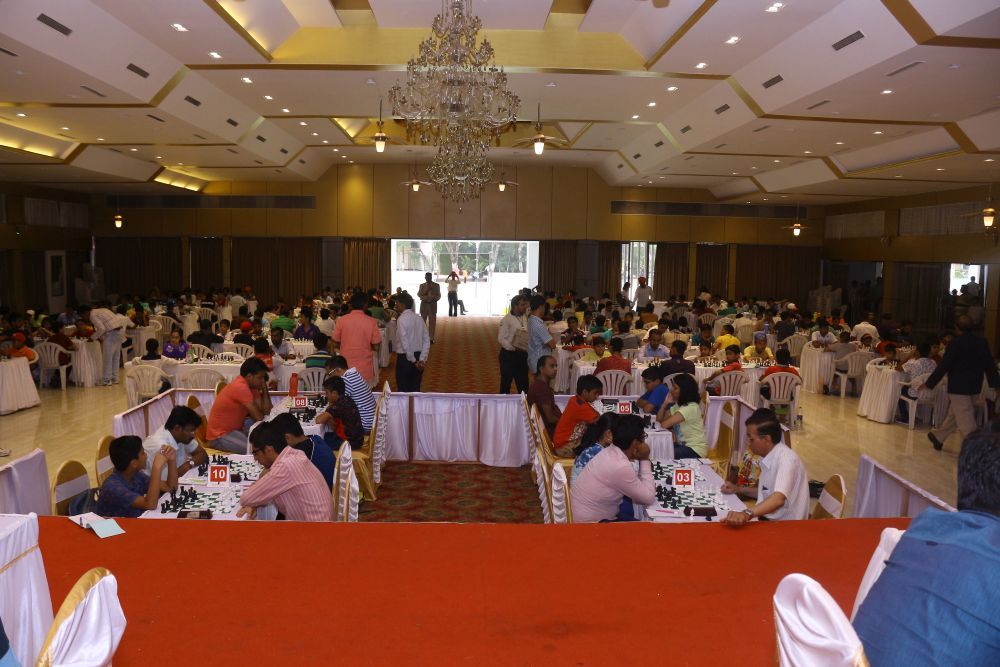 ...and finally with the players!

The city of temples is also a great tourist destination, studded with marvellous temples, including the famous Trimbakeshwar, which is just 30 km away. It is also known as the wine capital of India, for various grape vineyards, and the world famous Sula Wines, located in the city. Also various other tourist spots like Pandavleni, the newly constructed Botanical garden with its famous laser show, Panchavati, Tapovan, the Kalaram Temple, Gangapur Backwaters, Someshwar waterfalls and many more! The weather in July is expected to be great to allow viewing some amazing waterfalls across the city. 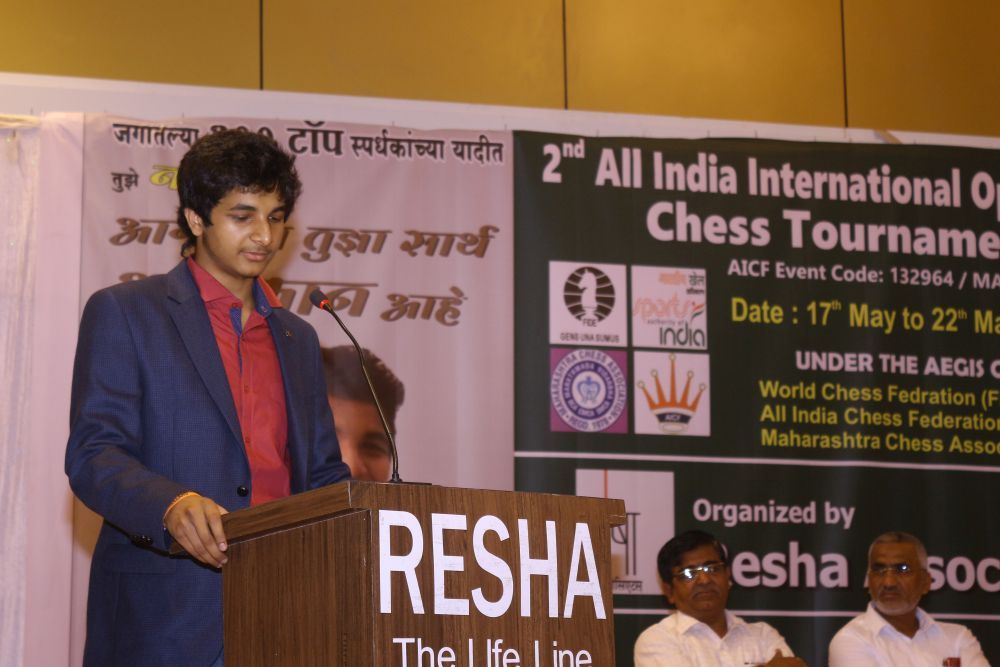 Vidit Gujrathi at the opening ceremony of the 2nd Resha International

There are more reasons to make a trip to the city of India’s no.3 player this July – 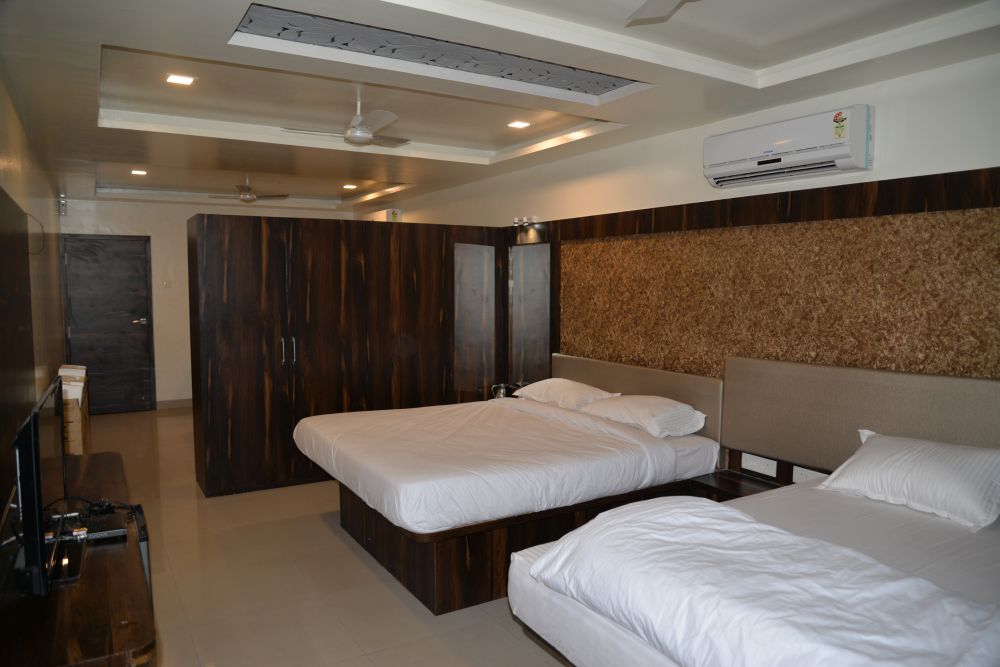 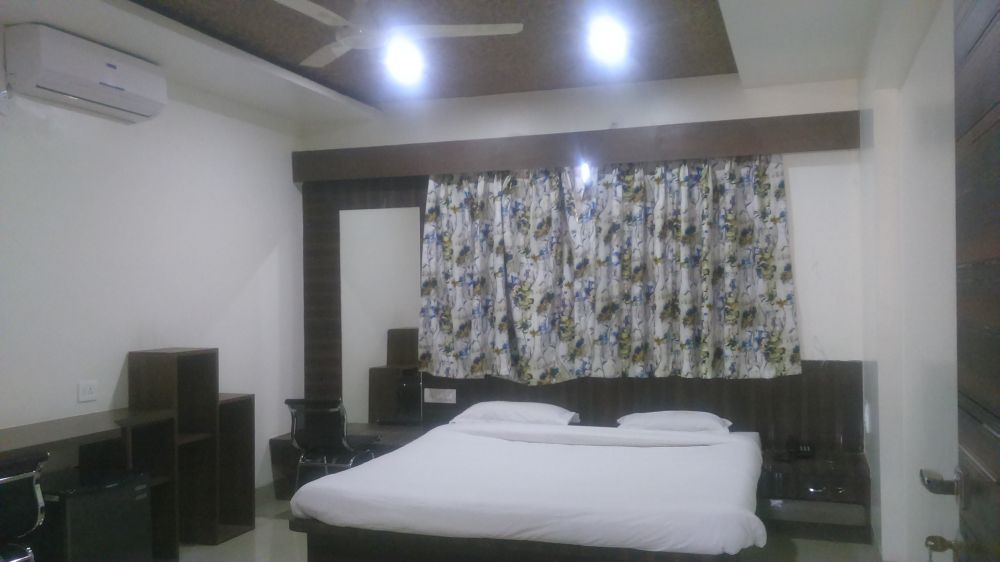 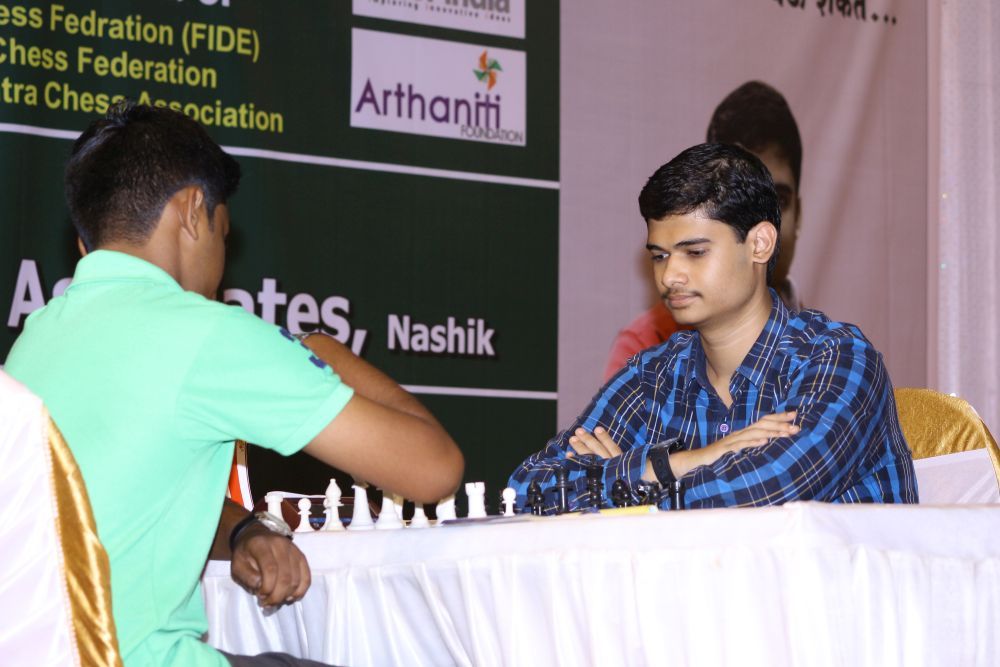 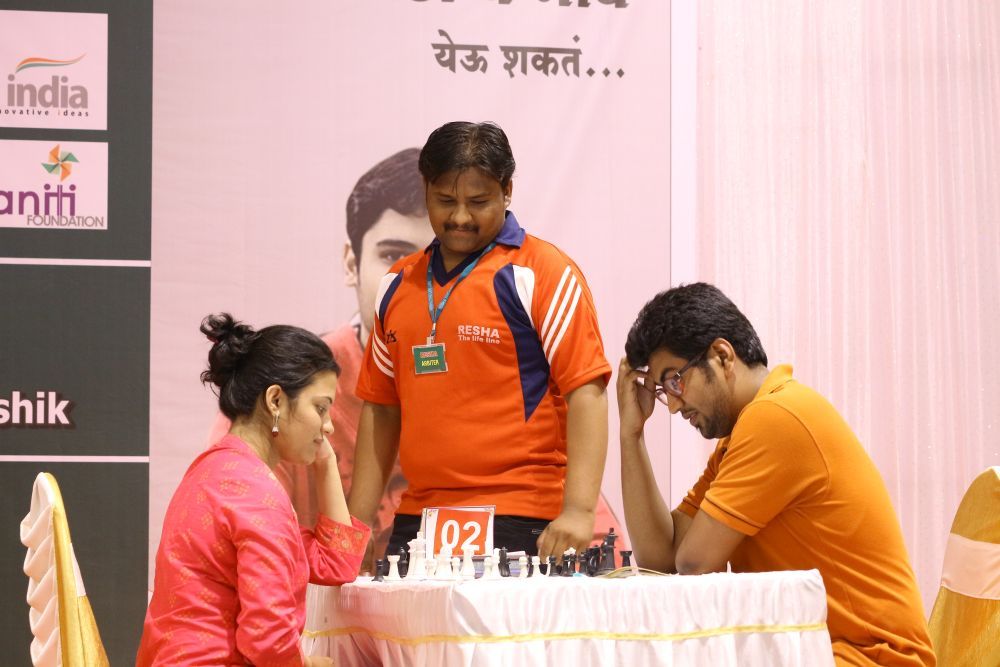 IM Sameer Kathmale fighting it out against WGM Bhakti Kulkarni 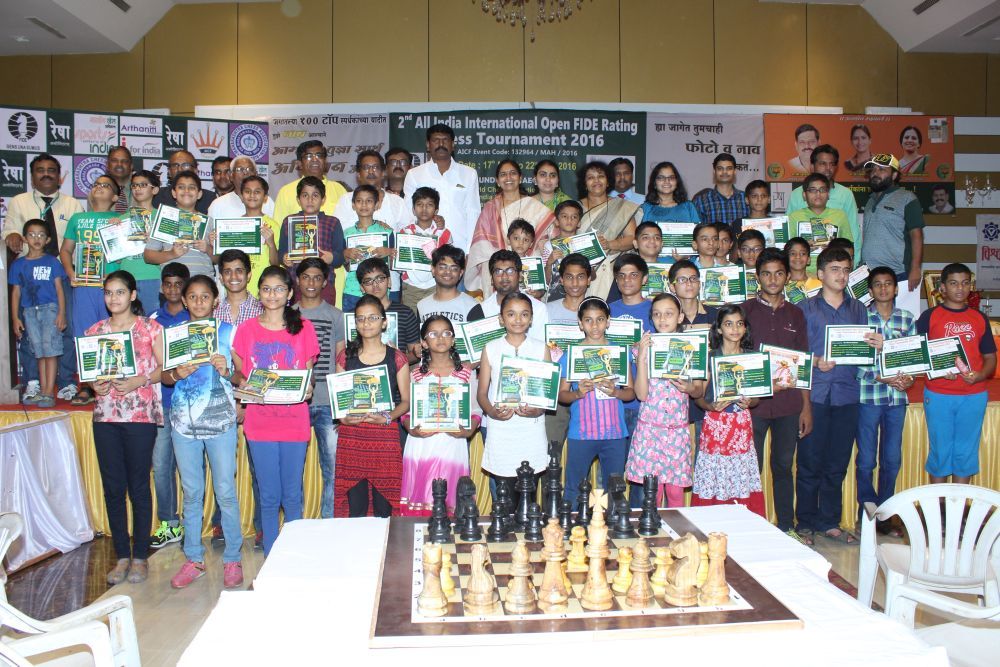 Page one of the circular 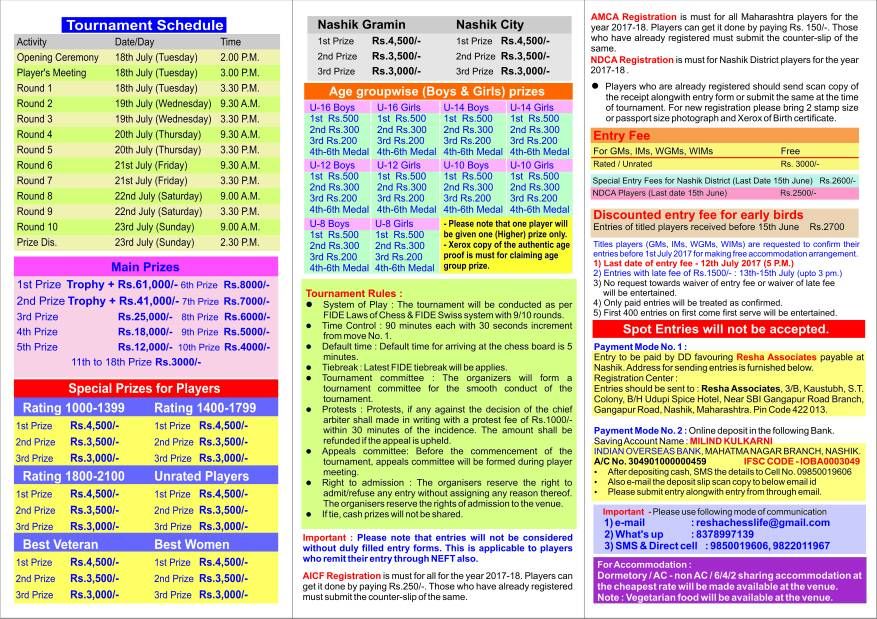 Page two of the circular 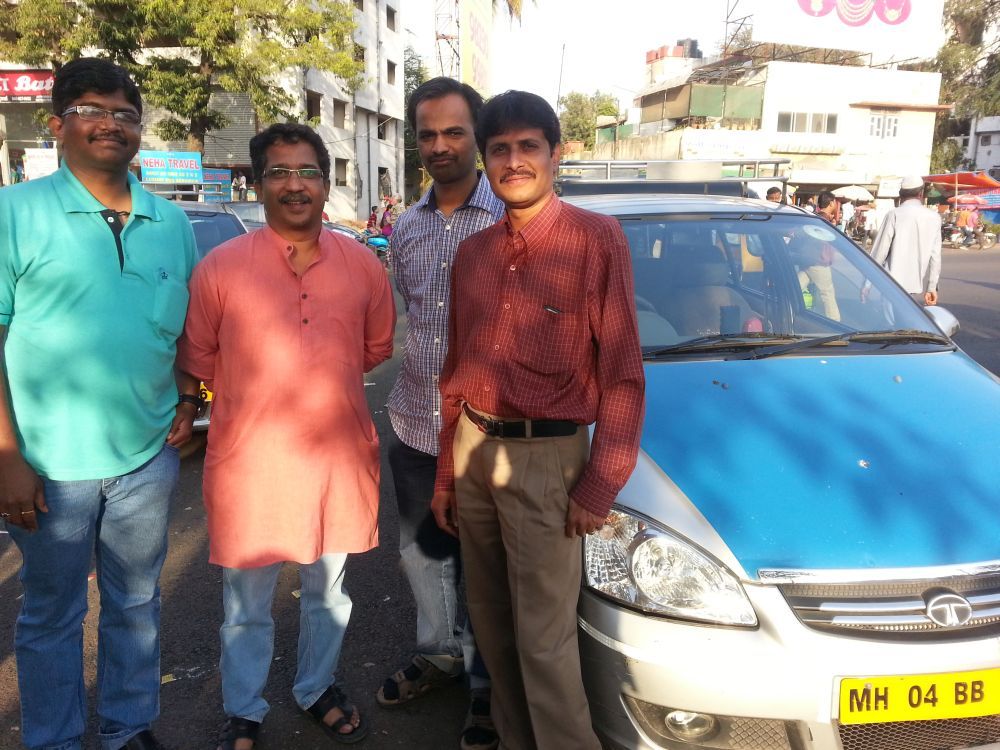 Morphy Rating: In search for the Next Vidit Gujrathi from Nashik