How many of us can boast of winning a tournament with 9.0/9 perfect score? Not many! Ganesh Tajne from Nashik, recently won the Maharashtra State 2016 by winning all his games. His trainer Vinod Bhagwat, naturally proud of his protege's achievement, has written the below article. He explains why Ganesh who started playing chess at the not-so-young age of 20 years, was still able to make rapid progress at the game. Instructive annotations from an experienced coach.

– Report by his trainer Vinod Bhagwat

Every amateur nurtures a dream of becoming a good player and winning the tournament with cent percent score. Ganesh Tajne is no exception to it. The 22-year-old from Nashik, who recently completed engineering, won the Maharashtra State Open Chess Championship held at Kolhapur from 25th to 29th of May, 2016, in style, with 9 out of 9 points and pocketed cash award of Rs.15,000/- and a glittering trophy.

Ganesh Tajne with the winner's trophy after winning Maharashtra State 2016 with 9.0/9 score

Chess in India is becoming more competitive due to the availability of chess material at ease and good and systematic training. Competition is very tough above the level of 2000 Elo. Even at amateur level things are getting tougher by the day and there is no guarantee that one can score full points in any given tournament.

When Tushar Gosavi (chess coach of Nashik) introduced Ganesh to me in around 2012-13, he was an unrated player but having immense zeal to learn the intricacies of the game. Prima facie, I thought that being 20 years old and in addition studying Engineering, Ganesh may not be able adequate time for practicing chess. But his dedication towards chess persuaded me to teach him and we our training sessions. I told him to remain positive. One very important quality which distinguished Ganesh from others was his true zeal and readiness to work hard. 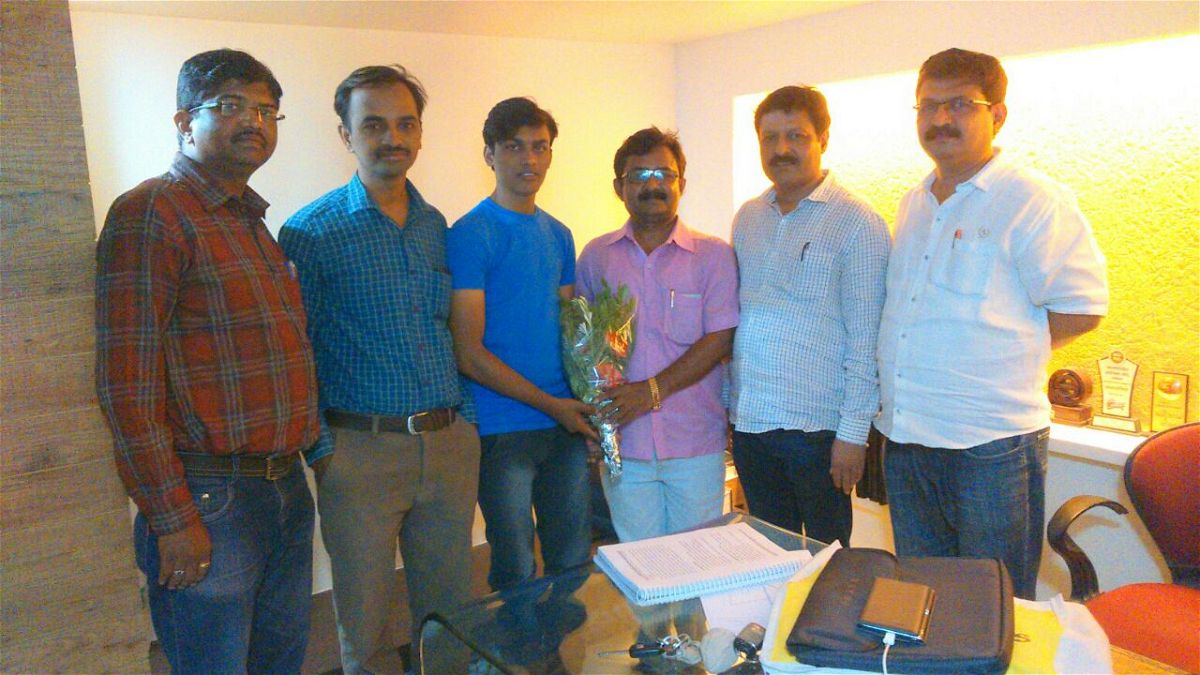 Basically, he is not afraid of playing aggressive chess against even very strong opponents which can be witnessed by going through his following games. Even though, he lost both of these games one can appreciate the fighting spirit shown by him. 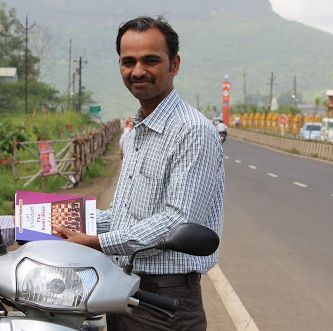 Vinod Bhagwat is a well known player in the Indian chess circuit with a career high Elo of 2276. He has crossed swords with many IMs and GMs in his heyday and won against them. In the past few years he has trained many students who have won awards at National/International level. His best achievement in an individual game has been a draw against the strong Armenian grandmaster Gabriel Sargissian in Dubai Open 2005.