National Schools is taking place from the 5th to the 7th of January 2017 in Nagpur. We made our way to the venue and witnessed some extra-ordinary scenes. 800 students had gathered to enjoy chess. At the same time the organizers put in all their efforts to ensure that participants and parents get all that they need at one place. We bring you exclusive pictures and stories from Nagpur and invite you to identify the fathers of the little ones in the thumbnail image.

Chess, Camaraderie and the difficulty of being a chess parent!

National Schools 2017 is huge! On 6th of January 2017, when I made my way to the Naivedyam Eastoria hall in Nagpur, little did I know that I would be able to see so many chess players and parents at one place. There are 800 players taking part in various age categories ranging from under-7 to under-17 and their parents and coaches who have accompanied them to the event.

One of the reasons why I never considered the National Schools to be a serious event is because of three rounds per day, and the games being unrated. Well, maybe my thinking wasn't entirely correct. First of all, the students are motivated to play this tournament as the school would be mighty pleased if you come back with a medal. For ambitious players this would mean getting leaves easily when it comes to more important events. For many other kids who have traveled all the way to Nagpur from different parts of India, this is a unique opportunity to make new friends, interact with people and engage in the mind game. 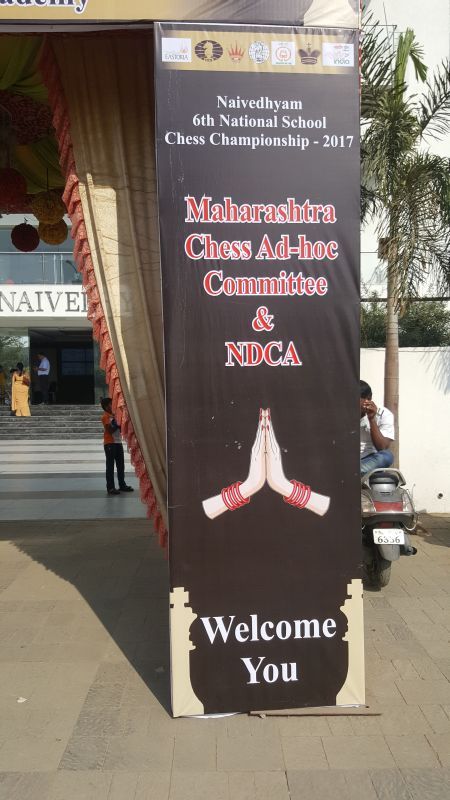 There are some issues of Maharashtra Chess Association (MCA) due to which the Adh-hoc committee has to welcome you!
The playing venue is located approximately 10 kilometres from railway station and I paid Rs.130 in the auto-rickshaw 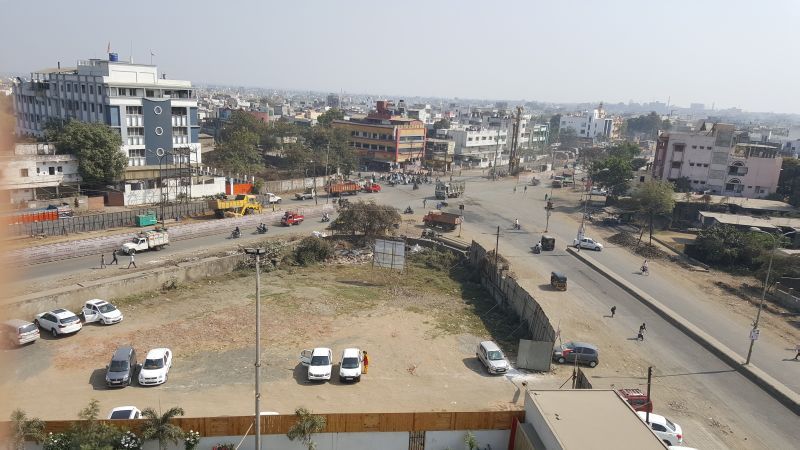 The surroundings of the Naivedyam banquets 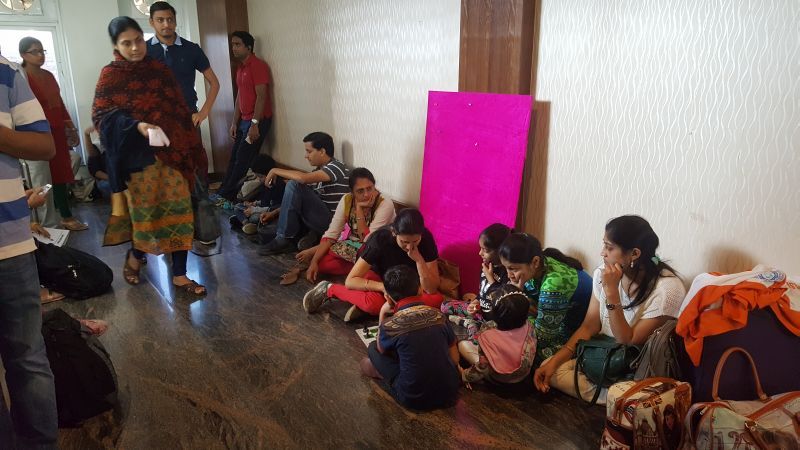 The role of parents is never easy. You have to sit and wait... 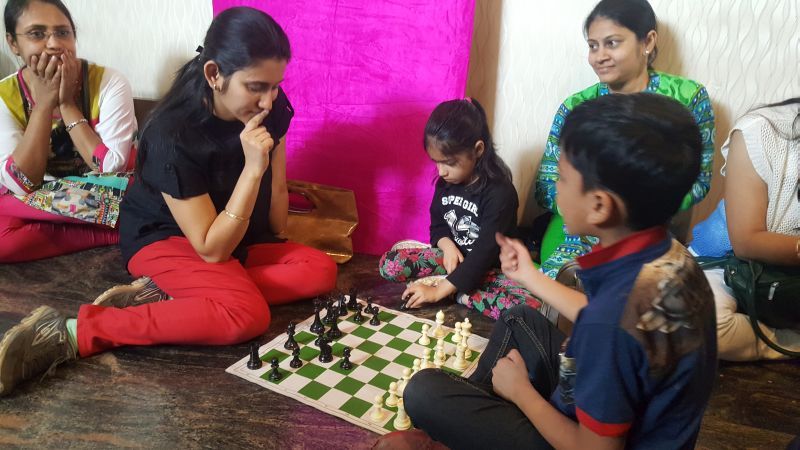 ...You even have to ensure that your child goes well prepared to the game. Some practice on the board... 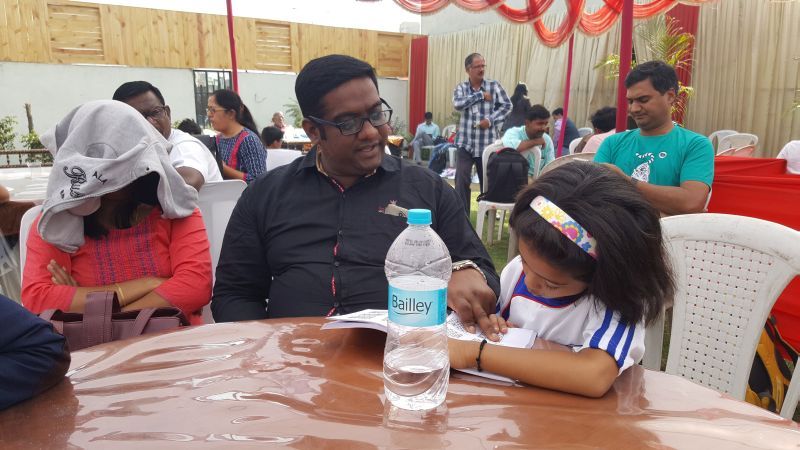 ...while some work blindfold from the books! 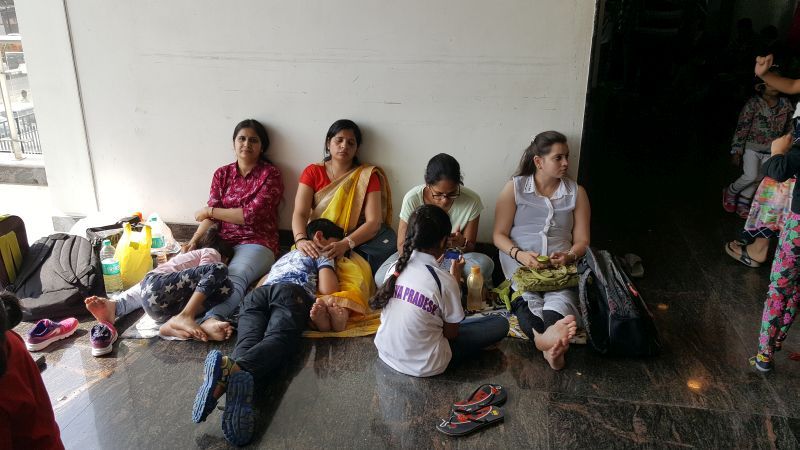 Not to forget that sleep is extremely important! 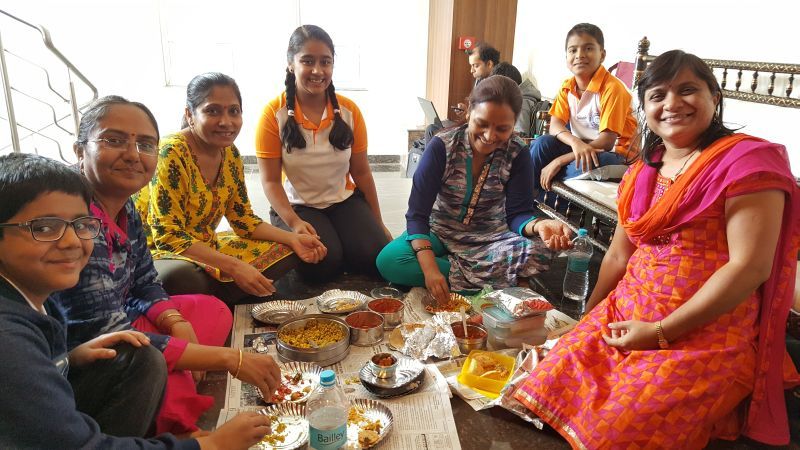 And also the food! 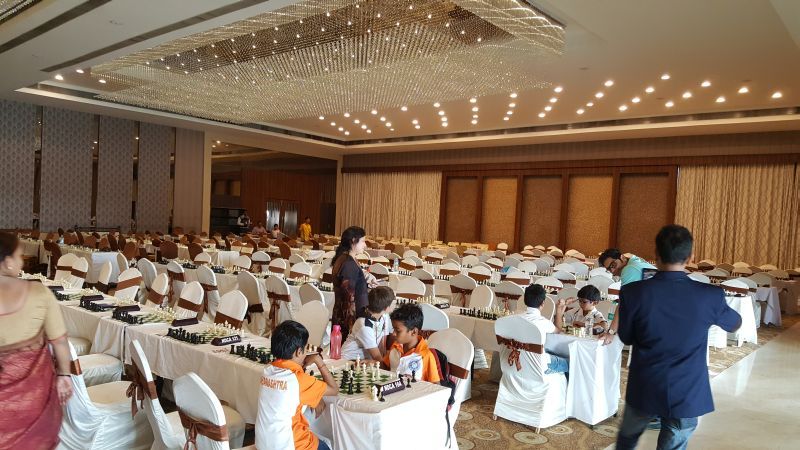 Two such huge and spacious halls are used for the games to be played. One is for the under-7, 9 and 11 kids while the other is for the seniors. ChessBase India is proud to provide high quality softwares as prizes for the students at this event. The winners in each category get ChessBase 14 and three Fritztrainers of their choice. 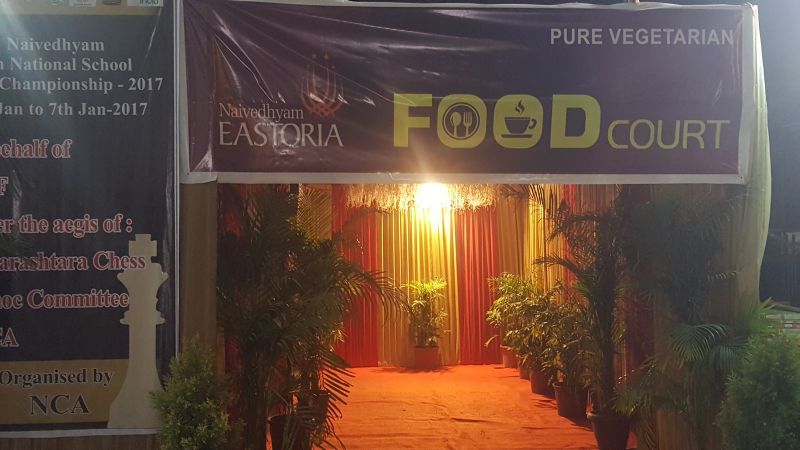 One of the most important spots in the tournament venue is the food court. Food helps the players to maintain their energy levels, and hence frequented by everyone. 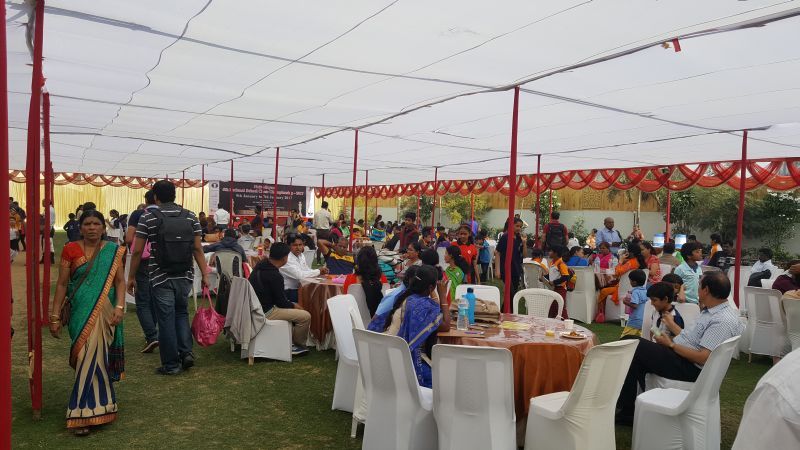 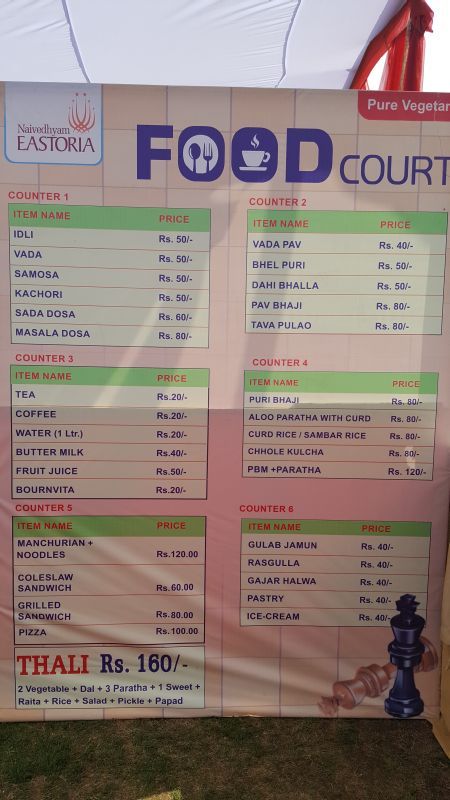 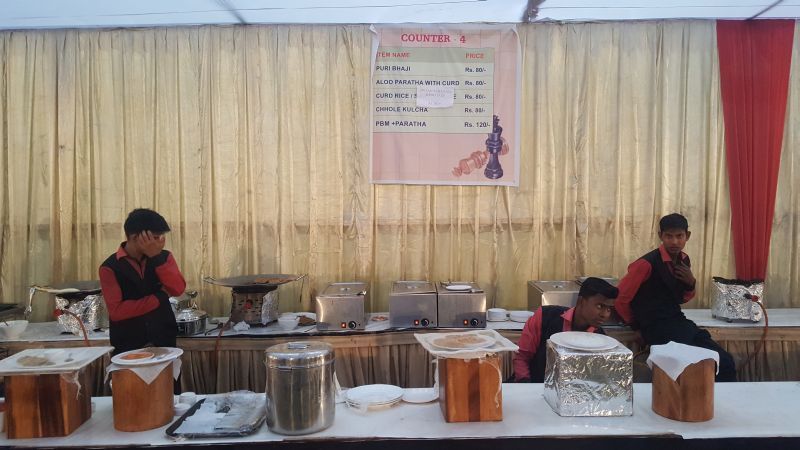 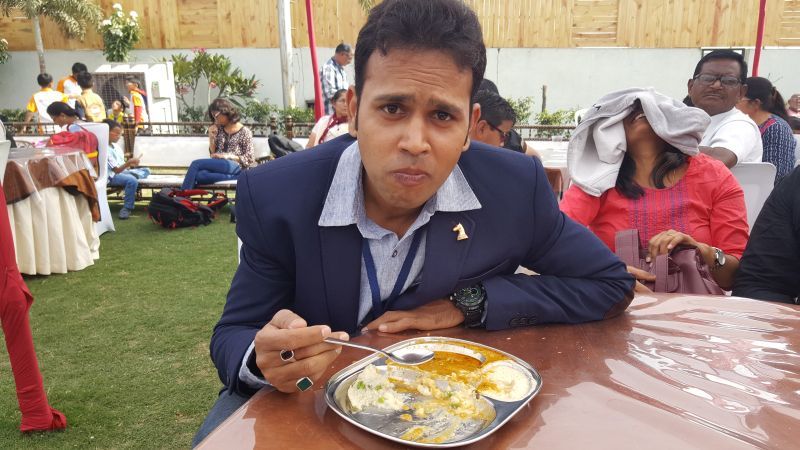 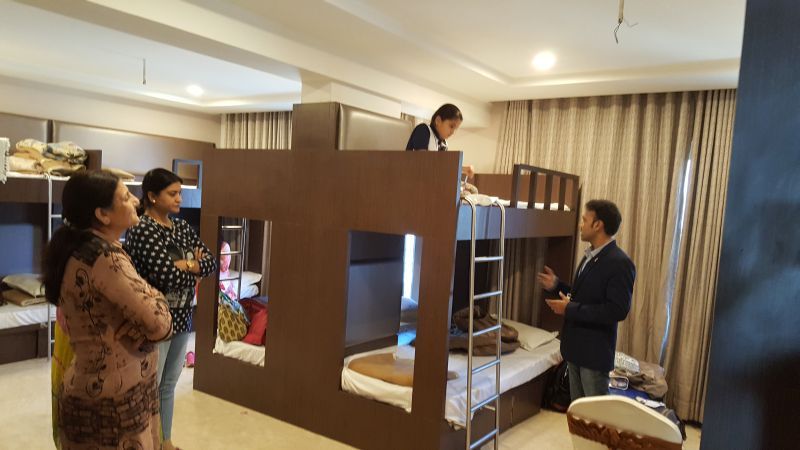 While many of the players have made arrangements to stay outside the tournament hall, there are many who have booked rooms inside the Naivedyam complex and are staying in such well-furnished dormitories. 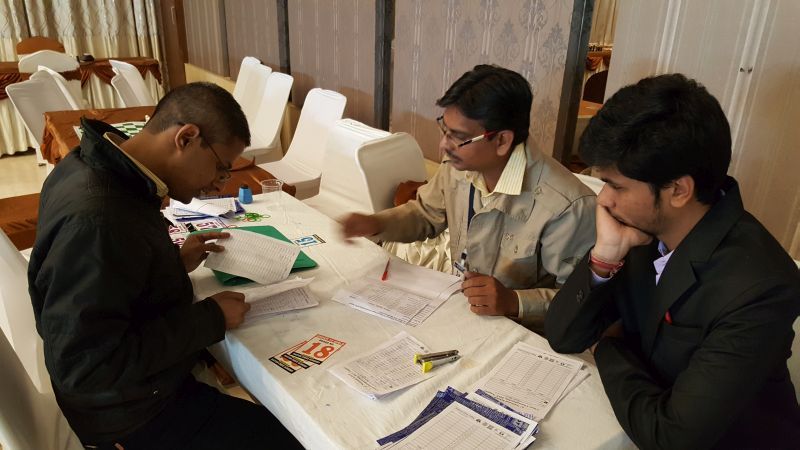 The arbiters have their work cut out! Mangesh Gambhire from Nashik (left) is ensuring that all the results are recorded correctly. 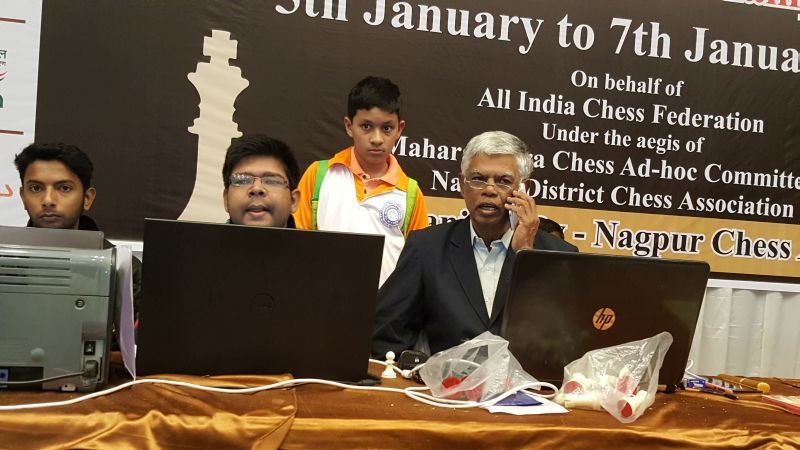 You can be sure that the tournament will be smoothly conducted if R. Anantharaman is the chief arbiter 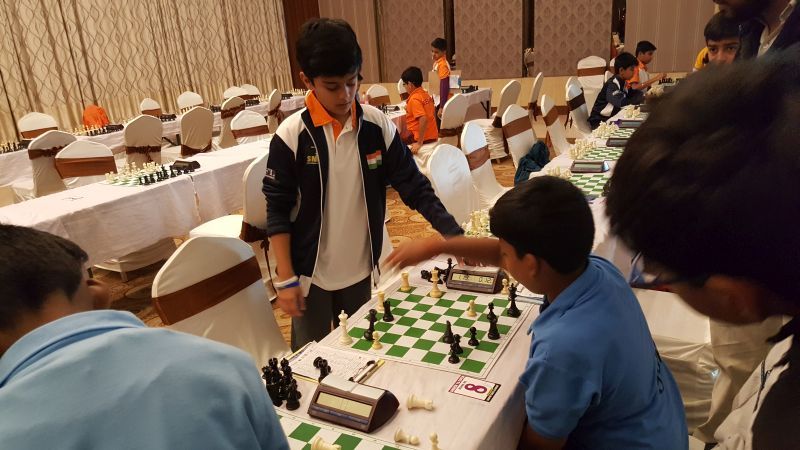 "Oh my God! That's a mate." One of the reasons why you can see a lot of blunders is because of the "no increment" time control. 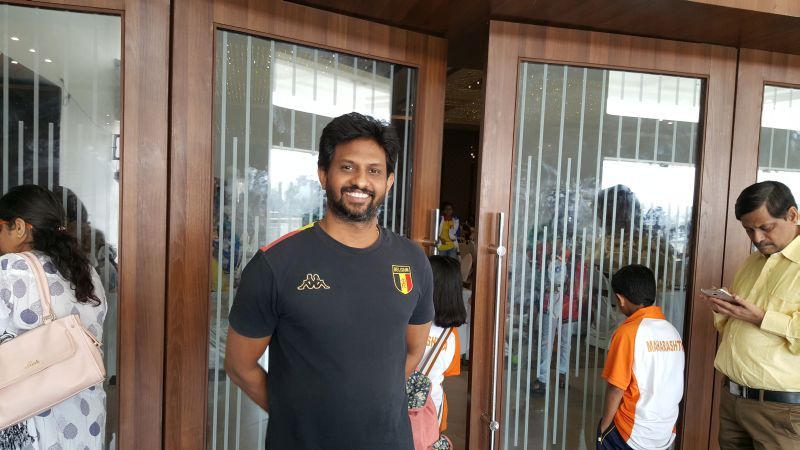 A lot of famous Indian chess players are here with their children. Ketan Boricha waits for his son Yohan to finish his game. 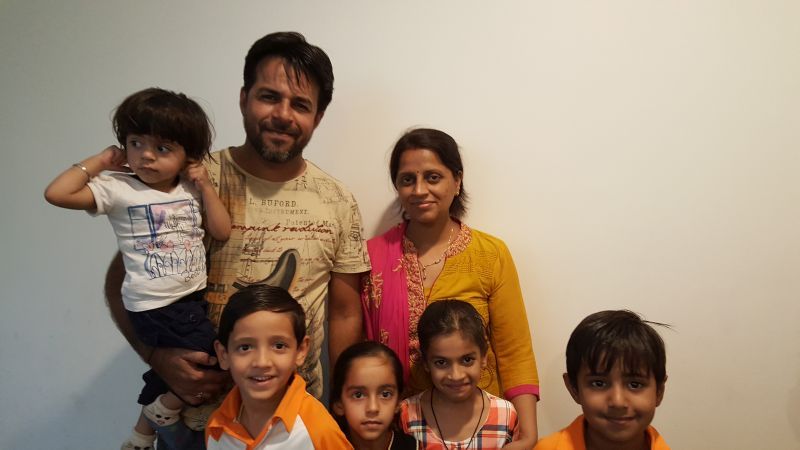 Pawan Dodeja with his wife and the entire Amravati gang! Pawan is father to two girls: Himal (third from right) and Loveleen (in Pawan's hand) 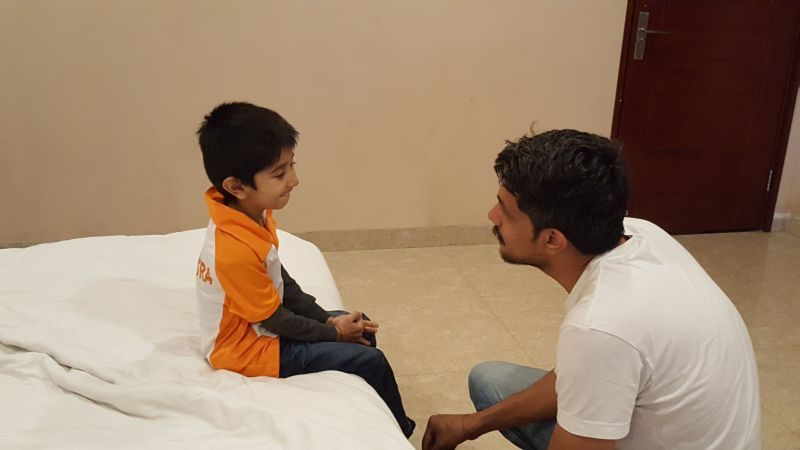 Akash Thakur gets his 6-year-old son Aarit ready for the game! 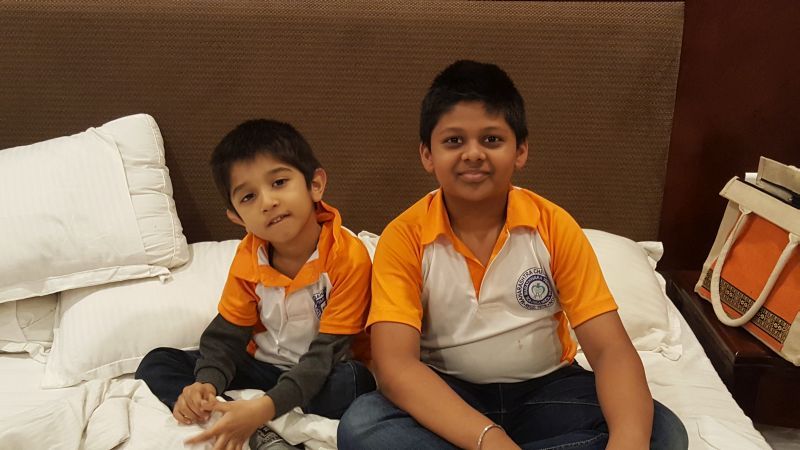 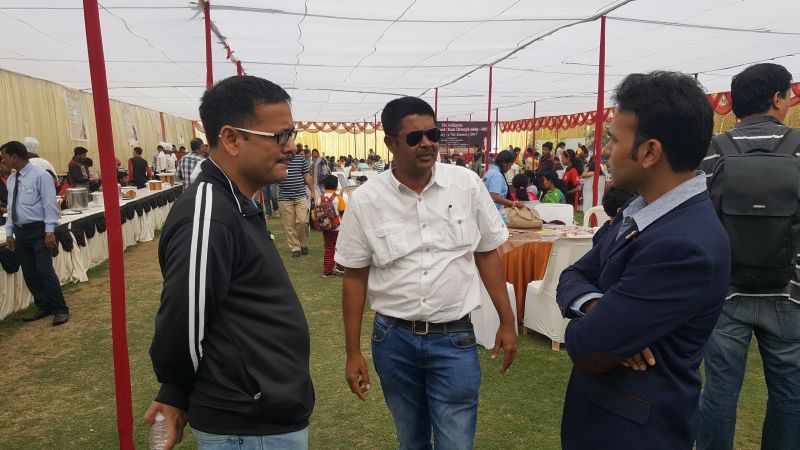 Dilip Pagay (center), the chief organizer of this event must be congratulated for all the arrangements he has made. On the left is IM Chandrashekhar Gokhale, who is here with his son Rishabh. 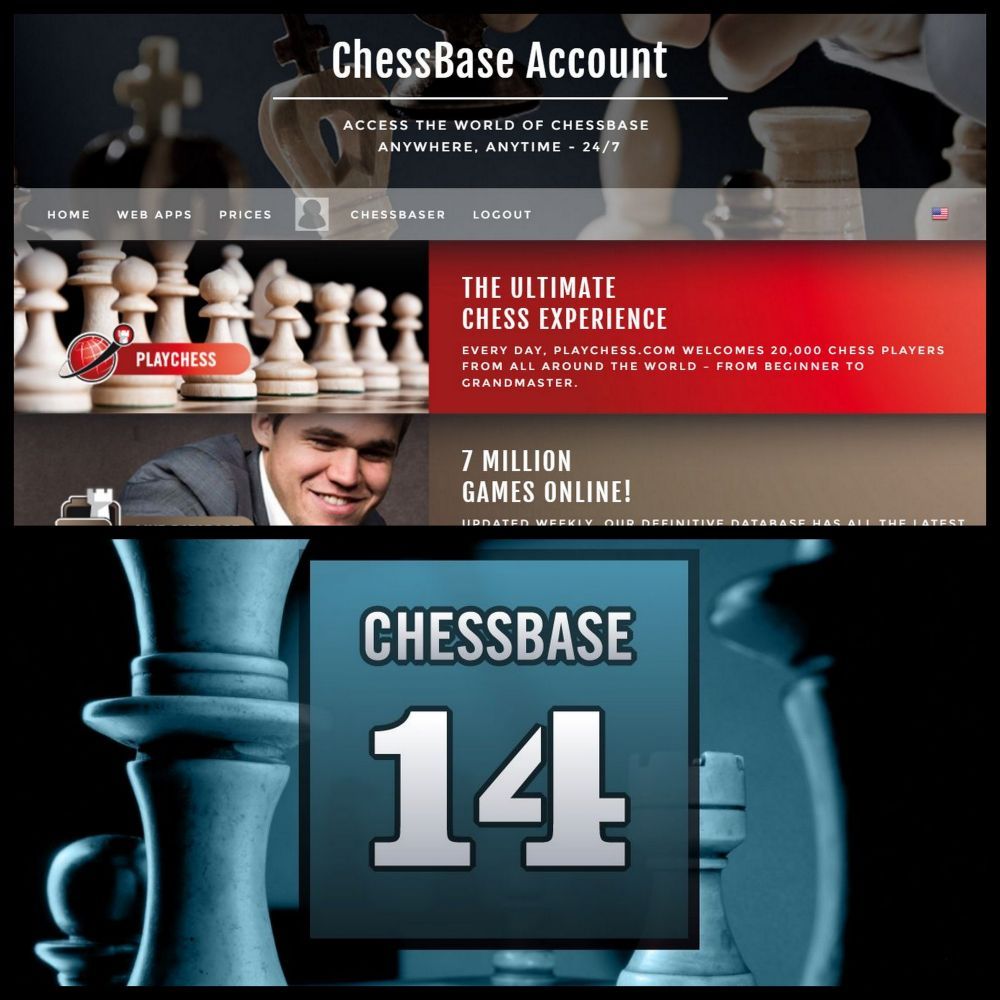 Two ChessBase India workshops were held at the venue at 1 p.m. and 4 p.m. by IM Sagar Shah and Niklesh Jain. They dealt with how to use the ChessBase Account and the basic features of ChessBase 14 for the parents. The workshops witnessed huge turnout and a lot of parents, coaches and players (whose games finished soon) were able to understand how technology can be better used to improve at chess. 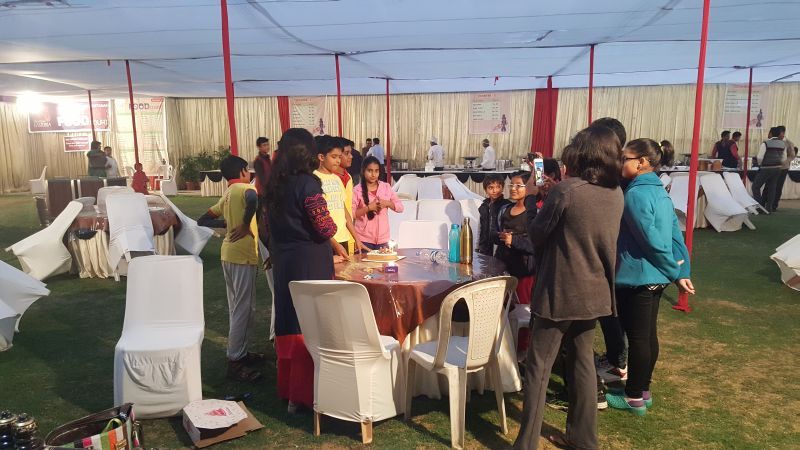 One heart-warming incident happened towards the end of the day. The Gujarat team was celebrating the birthday of one of its players. As they were about to cut the cake, players from Madhya Pradesh joined in and they together celebrated the birthday! A very nice feeling of camaraderie and fellowship prevailed. This is exactly what the National Schools is all about!

Under-7 open Rank after Round 6

Under-7 Girls Rank after Round 6

Under-09 Open Rank after Round 6

Under-9 Girls Rank after Round 6

Under-11 Open Rank after Round 6

Under-11 Girls Rank after Round 6

Under-13 Open Rank after Round 6

Under-13 Girls Rank after Round 6

Under-15 Open Rank after Round 6

Under-15 girls Rank after Round 5

Under-17 Open Rank after Round 5

Under-17 Girls Rank after Round 5