Out of the fifteen players who participated from India, only one was untitled. More importantly, seven of the players were Grandmasters! But given the fact that 12 of the 72 participating GMs were rated above 2700, the task ahead of the Indian contingent was a difficult one. And also, Indians played well in Amateurs and Challengers categories. Report.

World’s strongest open chess tournament, the Gibraltar Masters concluded recently with Hikaru Nakamura clinching the title for the fourth time. The 255-player-field included the cream of the World’s elite with big names like Fabiano Caruana, Hikaru Nakamura, Maxime Vachier-Lagrave in the list of participants. Also worth mentioning is the fact that the tournament was open to anyone who could play chess and be willing to pay the entry fees. However, a small catch was that you had to apply way in advance for gaining entry as, otherwise, all the spots would be filled!

Playing at such an elite event is almost every chess player’s dream. No wonder representatives from almost 50 countries participated at the event and India also had a decent representation.

Out of the fifteen players who participated from India, only one was untitled. More importantly, seven of the players were Grandmasters! Some of the big Indian names in the tournament included GM Surya Ganguly, GM Abhijeet Gupta, and GM SP Sethuraman. But given the fact that 12 of the 72 participating GMs were rated above 2700, the task ahead of the Indian contingent was a difficult one. 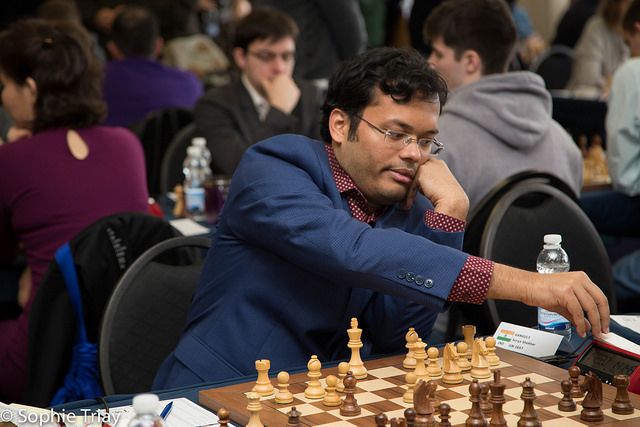 Even the highest rated Indian, GM Surya Shekhar Ganguly (rated 2657 at the start of the event) was the 19th seed in the tournament. 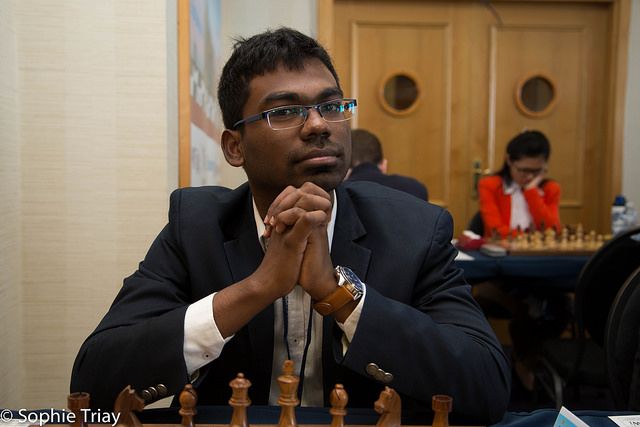 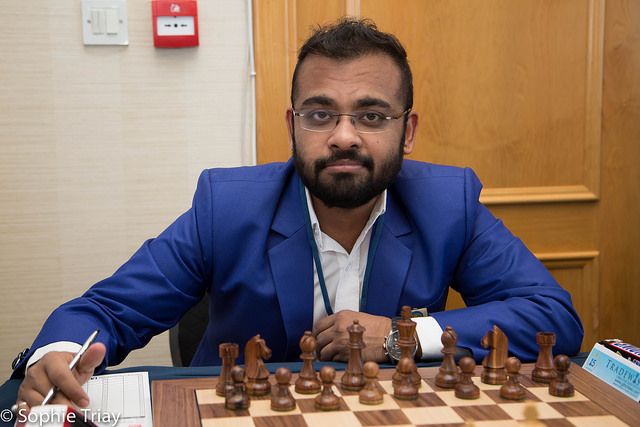 Round one, however, began with upsets for the top two Indians. While GM Surya Ganguly was held to a draw by the 2309 rated Scottish FM Alan Tate, GM Abhijeet Gupta lost his game against the German FM Frank Buchenau. And although GM Gupta did his best to overcome the upset by winning his next four games, his streak was broken by the French number one, Maxime Vachier-Lagrave. Things started going downhill for him again as his lost his next two games to lower rated opposition. At the end of ten rounds, he finished with a score of 6.0/9 on the 57th spot.

GM Ganguly, on the other hand, lost consecutive games to Stefanova and Bobby Cheng and finished with a score of 6.5/10, losing 12 rating points. 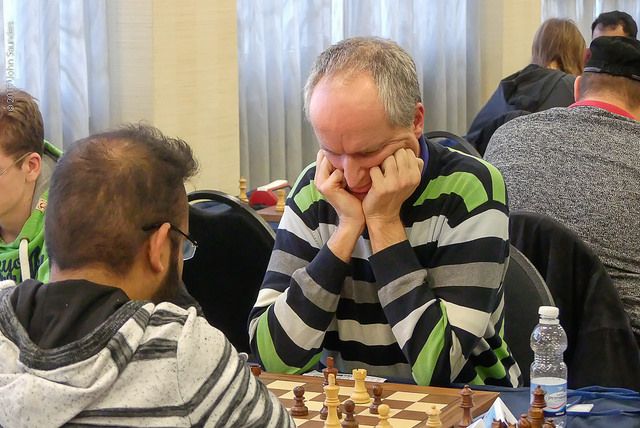 GM Gupta in his round 1 game against FM Frank Buchenau 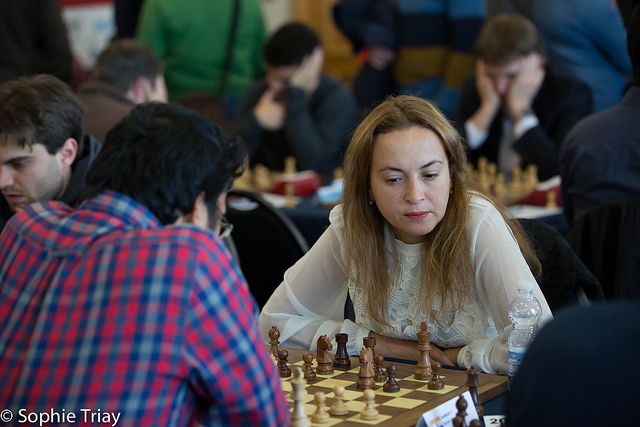 Seeing the experienced GMs struggle, Lalith Babu, SP Sethuraman, and GN Gopal took it upon their shoulders to score. GM Lalith Babu scored two major upsets during the 10-round event. In round 5, he drew the World Rapid Champion Vassily Ivanchuk and in the penultimate round, he was able to hold the 2702 rated Arkadij Naiditsch to a draw. 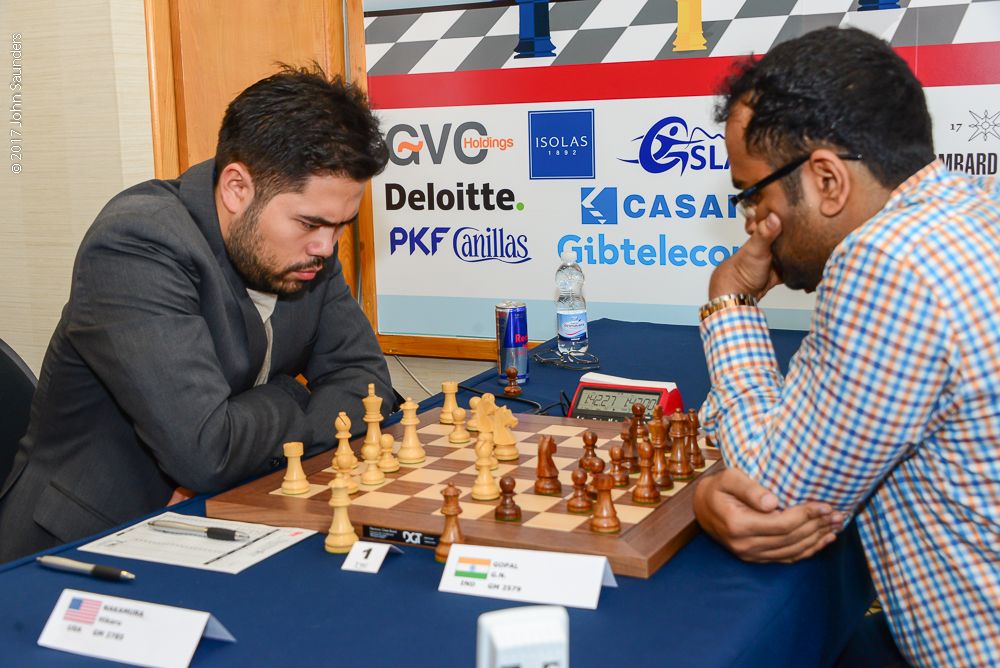 GM GN Gopal locking horns with Hikaru Nakamura in round 3. 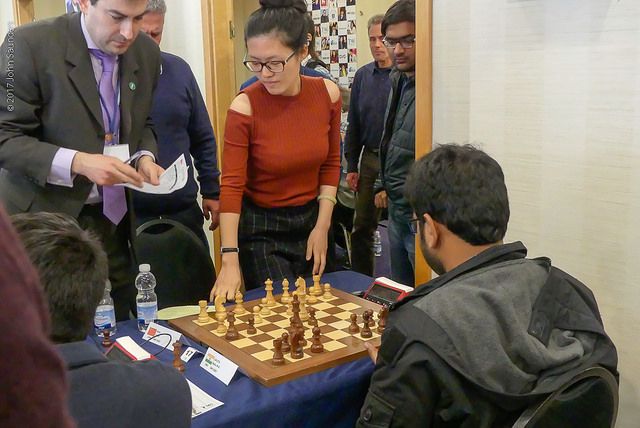 Lalith Babu during his controversial last round game against Hou Yifan

Lalith also won the game against the Women’s World Champion, Hou Yifan that was marred by a controversial protest by his opponent. By the end of the event, GM Lalith Babu had scored 7.0/9 and gained 9 rating point; not to mention that he’d secured an impressive 21st spot for himself (ahead of big names like Yifan, Naiditsch and Ivanchuk) having started as the 37th seed in such an elite event. 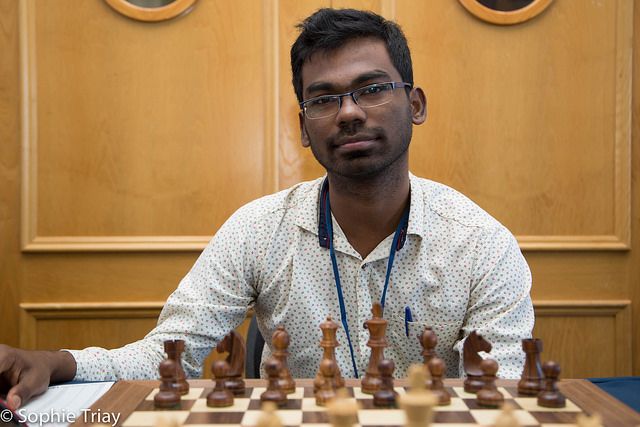 Tied on an equal score with GM Lalith Babu was GM SP Sethuraman. And although he and Lalith Babu finished at an equal score, Sethu was clearly the star from the Indian contingent. In the course of his 10 games, he not only scored consistently but also played some really tantalizing games.

Be it his sneaky tactic to win the exchange against IM Stefan Docx or the amazing draw against the ultra-artistic Vadim Zvjaginsev, Sethu’s games always had the audience on their toes. And had he not missed the computer like tactic in his game against Mickey Adams, he might have been one a serious contender to finish among the top ten at the very least! 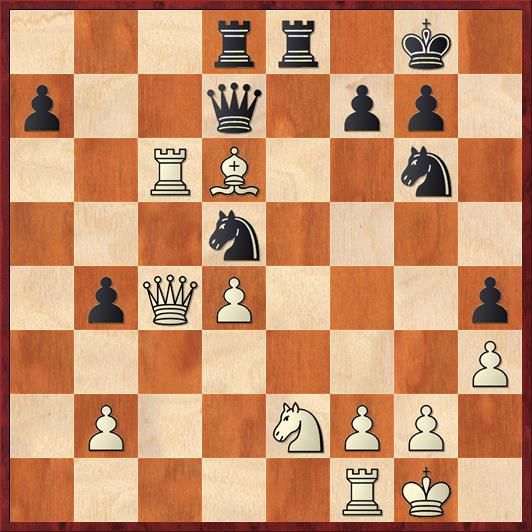 In the game Docx-Sethuraman after 22. Bd6 Rfe8, White took the knight on d5, hoping for 23…Rxe2. Can you see how Sethu shocked his opponent and got a winning position?

Now, have a look at the draw he earned against Vadim Zvjaginsev. 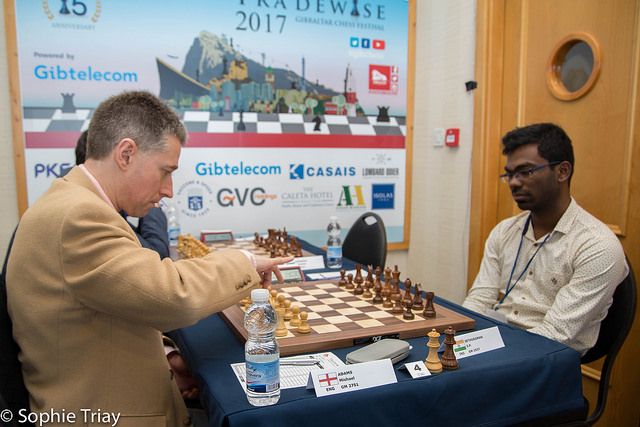 Playing against Adams in the penultimate round.

So even though none of the Indians made it to the main prize list, quite a few of our players proved that they are a force to be reckoned with, even for the very best in the world. 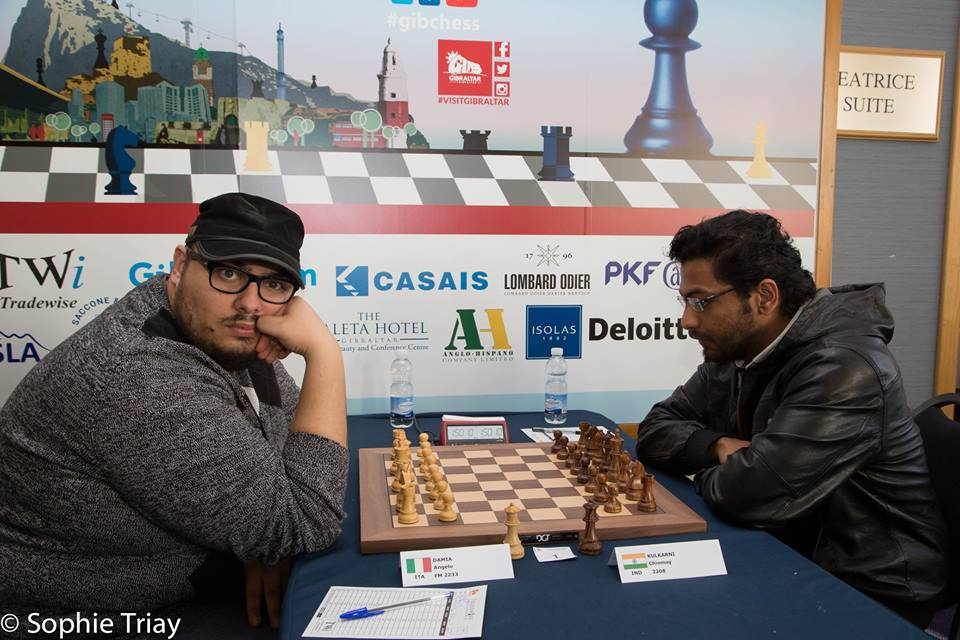 Challengers-B: Chinmay Kulkarni (2208) in his final round encounter. Chinmay finished first with a perfect score of 5.0/5. 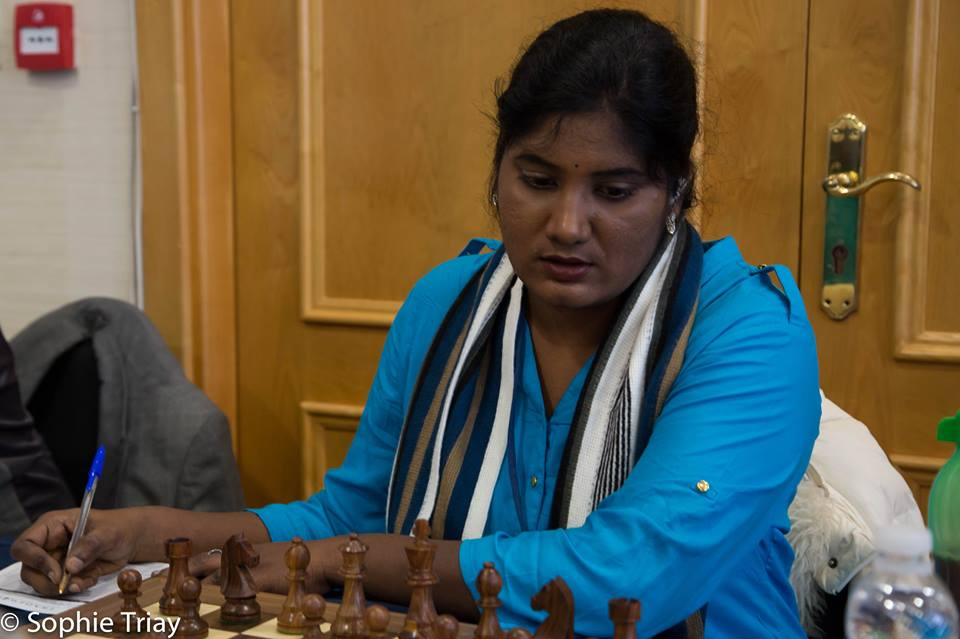 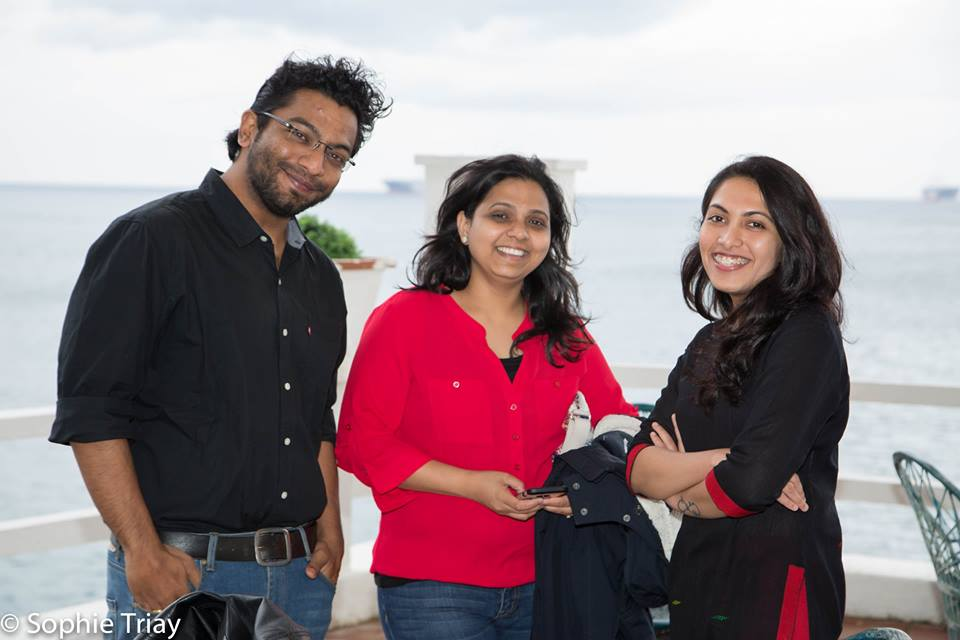