At halfway India is placed fourth in IBCA Olympiad 2017

The Indian team at the IBCA Olympiad for the blind and visually impaired began as the 19th seed. But the team has performed admirably and is currently in the fourth position after five rounds. Soundarya Kumar Pradhan and Kishan Gangolli have been the backbone of the team scoring crucial wins to help India win against Montenegro and Azerbaijan in rounds four and five. Report containing pictures from Macedonia, and game analysis.

There are in all 27 teams at the event and India began as the 19th seed. Indian team is represented by the first five finishers at the National Premier Championship. In the first round itself India created an upset by beating sixth seeded Germans 2.5-1.5. In round two Kosovo was comprehensively beaten 4-0. You can check our round one + two report on the newspage over here. 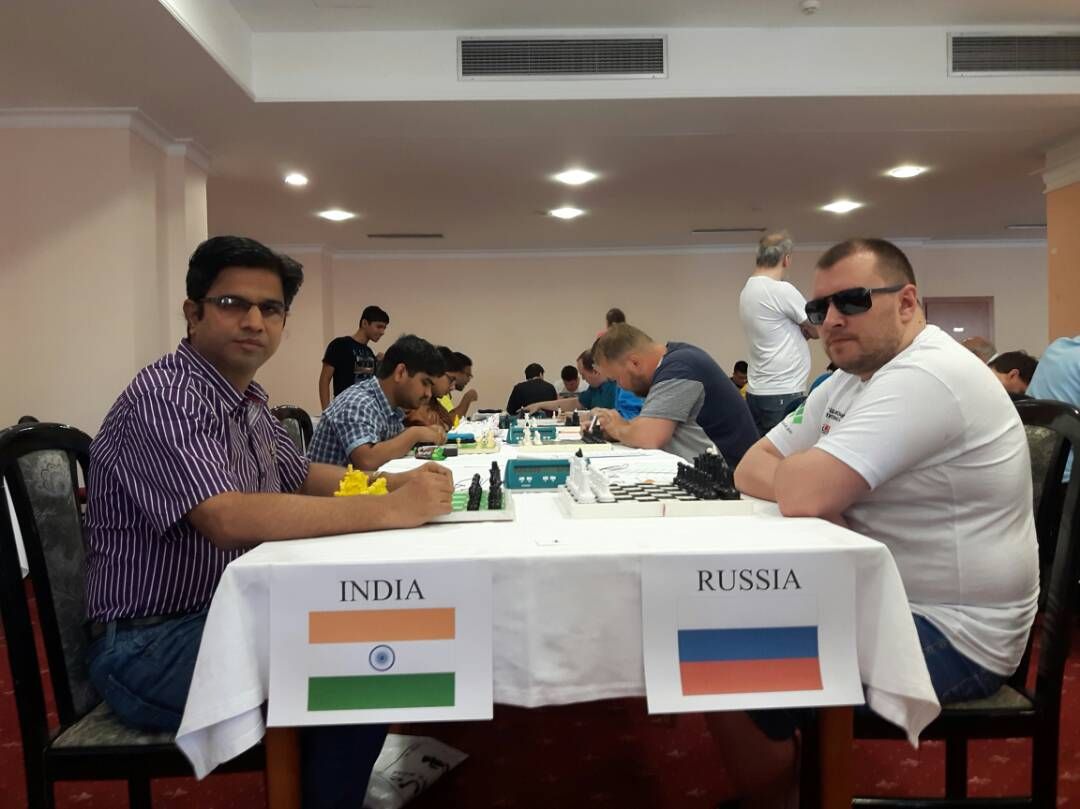 India was up against the top seeds Russia in round three. That's the top board clash between Shirish Patil and Alexey Smirnov.
The Russians were much superior to our players and won the match with a score of 4-0.

After losing to Russia, India faced a stiff challenge in the form of Montenegro. On the top board Shirish Patil lost to IM Nikac Predrag, but just like we did against the Germans, Soundarya Kumar Pradhan and Kishan Gangolli won their games. Ashvin drew and ensured that we won with a score of 2.5-1.5.

In the fifth round India was seeded higher than their opponents Azerbaijan. Shirish Patil was given rest and Soundarya took the top board. Surprisingly he lost to Shahpalangov. But rest of the Indians took care that all the points were scored and we won 3-1. 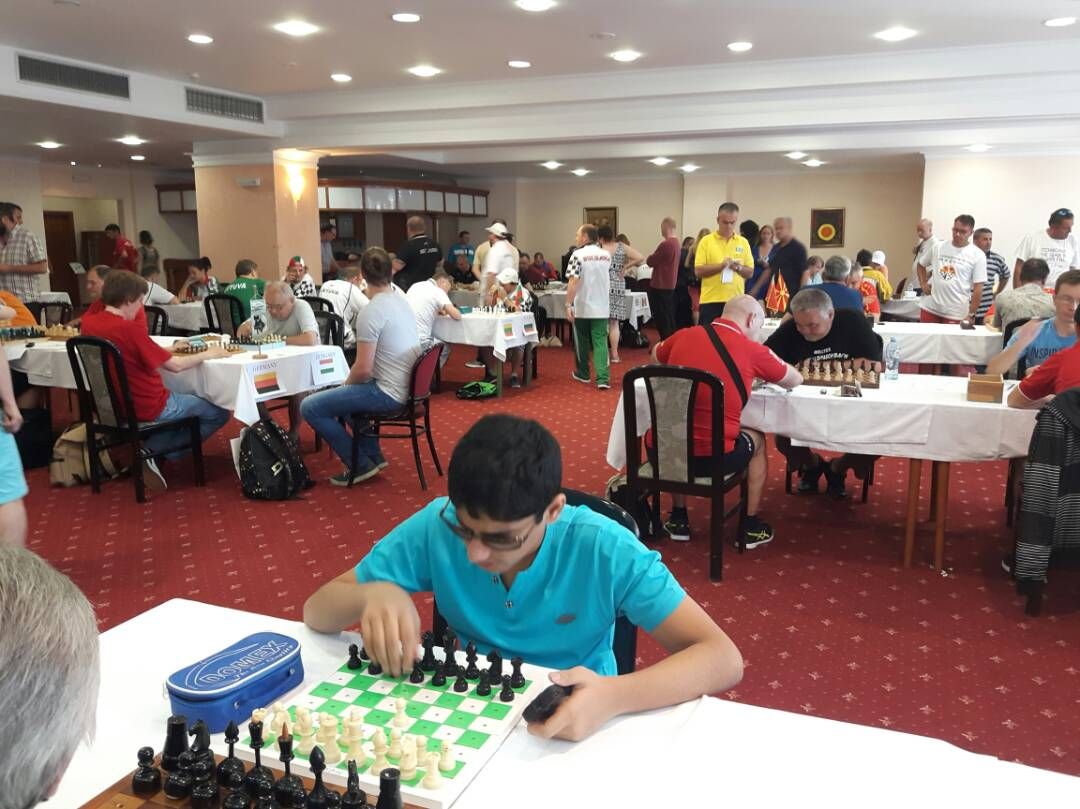 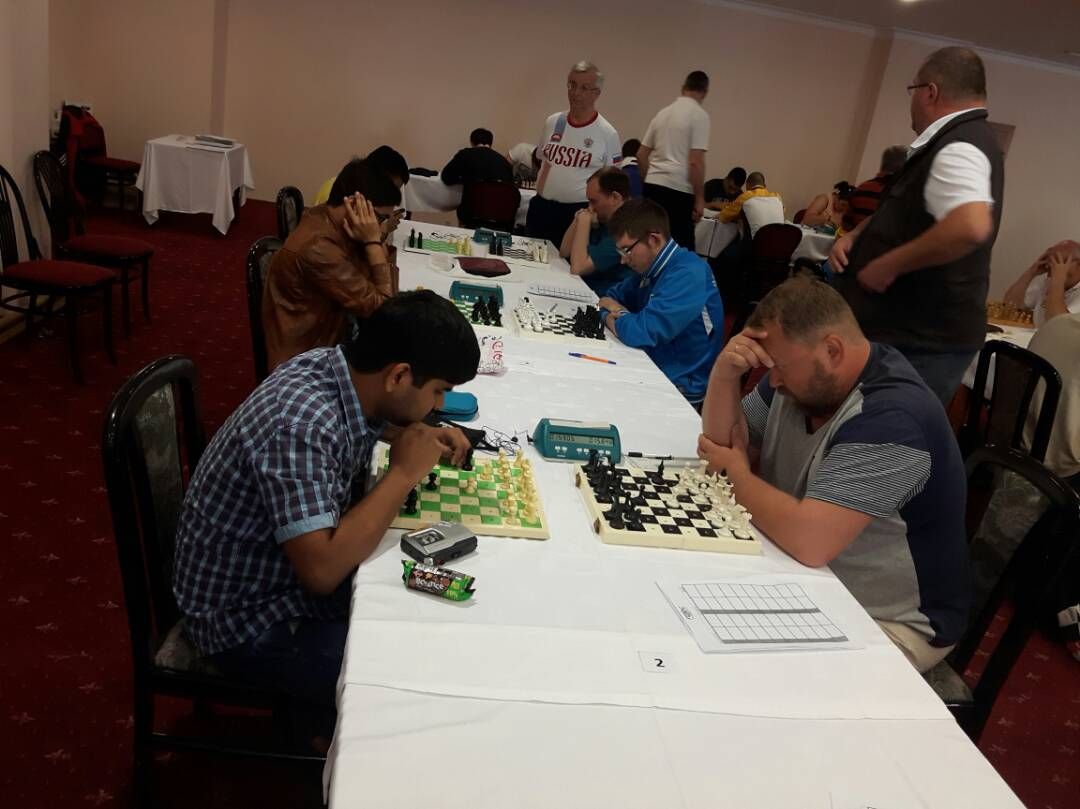 The Indian team in action

India is on the fourth spot currently. After the rest day we will be playing against Ukraine in round six. Check the complete standings here

24th of June is a rest day. The round begins at 3.00 p.m. local time in Macedonia, that is 6.30 p.m. in India. Through great difficulties and challenges they have made their way to the 15th IBCA Olympiad. Let's cheer for our boys out there. With our encouragement we, at ChessBase India, are sure that they will come back with a medal!

Manipal 01+02: National B for blind gets underway