The second day of the National-B for the Blind was good for the top-two seeds, who won their games without much difficulties. The third seed Krishna Udupa, though, tasted defeat in the third round. In the FIDE Open, a handful of experienced players were held to draws by their young lower-rated opponents. We bring you a pictorial report from Manipal.

The top two seeds at the National B Chess Championship for the Blind, 2015 had smooth sailing as they duly dispatched their lower-rated opponents without much fuss. The second day of the tournament that witnessed the third and the fourth round of this prestigious event was a hard day of work for most players... 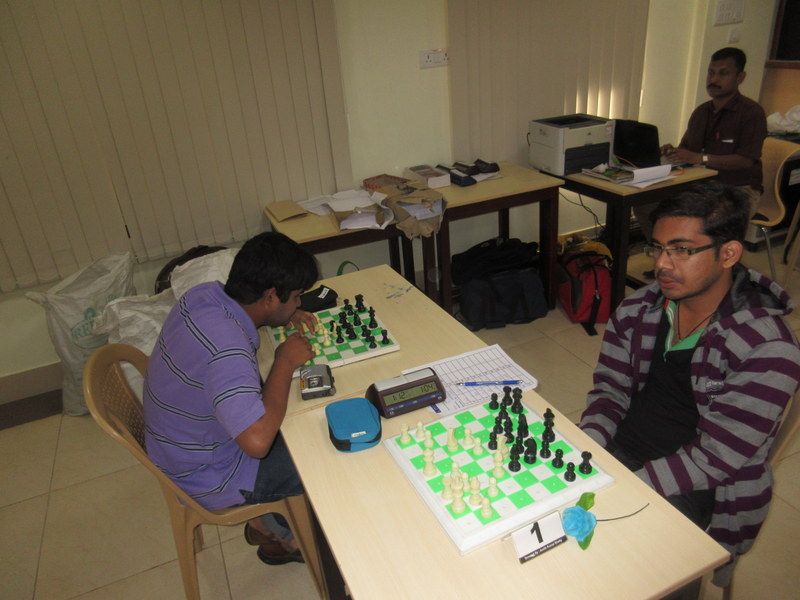 The top-seed Kishan Gangolli (2044) [right] of Karnataka on his way to victory over Soundarya Kumar Pradhan (1591) in the third round. 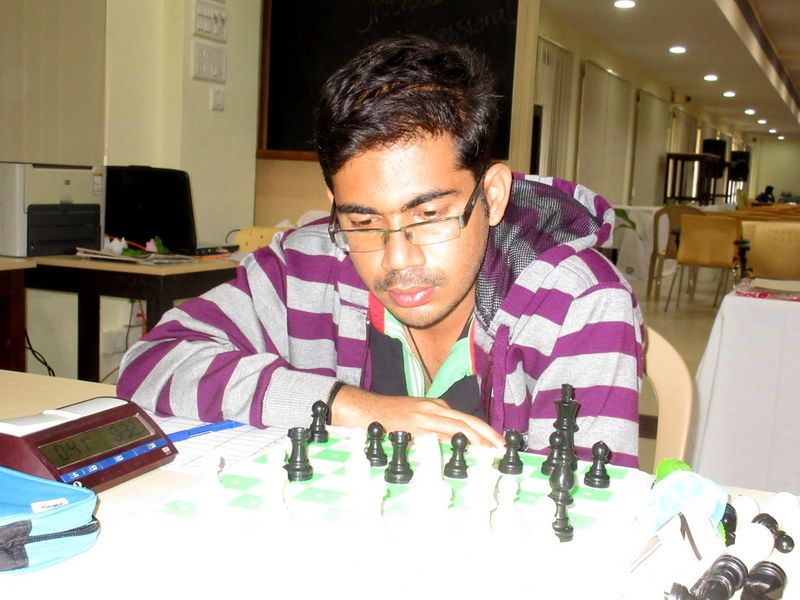 Kishan also won the fourth round encounter and is now on 4.0/4. 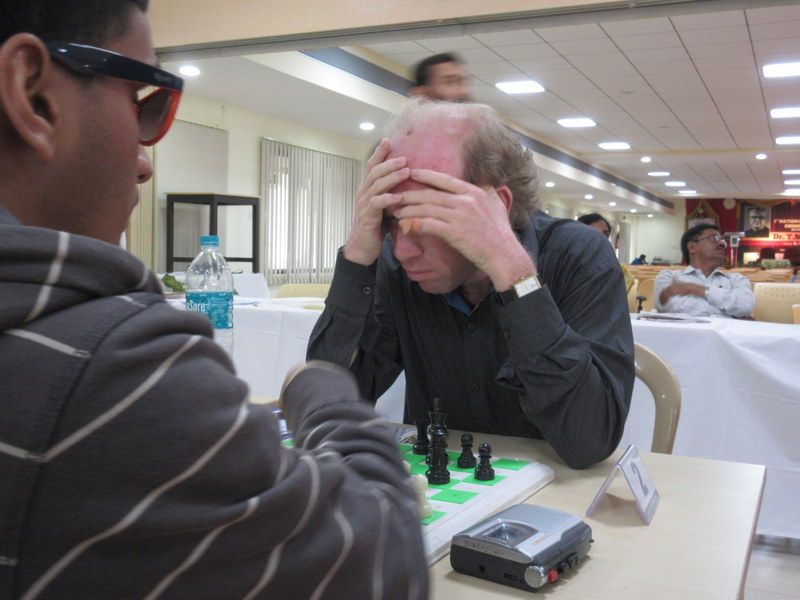 Darpan Inani lost his sight at the age of four – a victim of the Steven Johnson Syndrome. Nevertheless, he never lost his vision, for which chess came as a fresh breath of life. In 2010, at the age of 16, Darpan became the youngest National Blind Chess champion ever, the youngest unsighted National Champion across all the sports in India’s history.

You may be surprised to know that he has been a topper in a school with sighted children for most of his life! Right now, he is in the final three years of the Chartered Accountancy course in the Institute of Chartered Accountancy of India (ICAI), widely believed to be amongst the toughest courses in this country.

The visualization skills chess has developed in him has played a major role in helping Darpan excel in his academics.

He is an idiosyncratic, confident and extremely positive young man, focused on achieving what he desires, in chess as well as life. If you meet him, you will also ‘see’ that Darpan has always possessed wisdom that belies his age. He hopes to become an entrepreneur in the future. 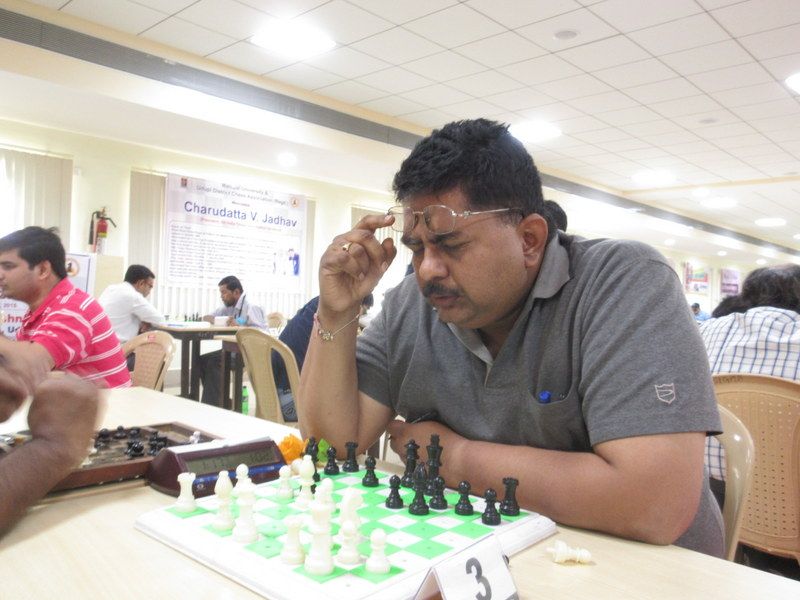 Krishna Udupa (1829) of Karnataka was shocked in the third round by... 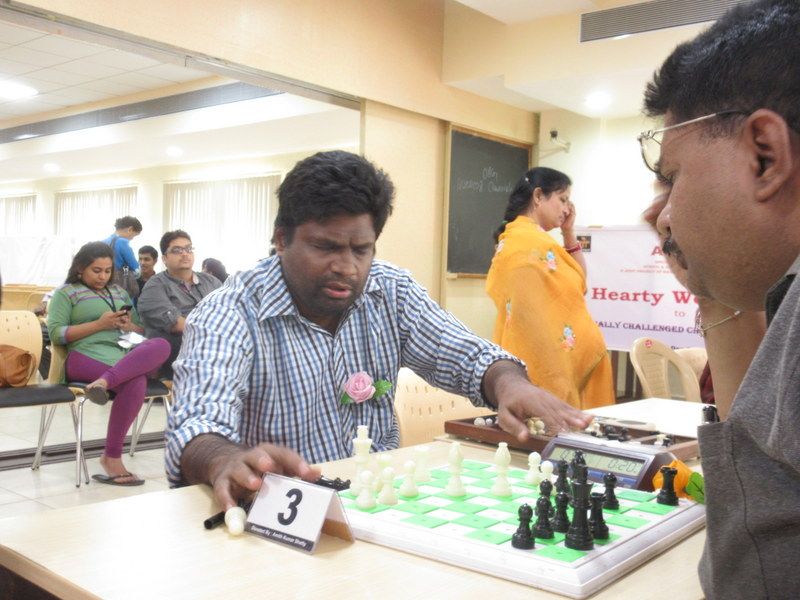 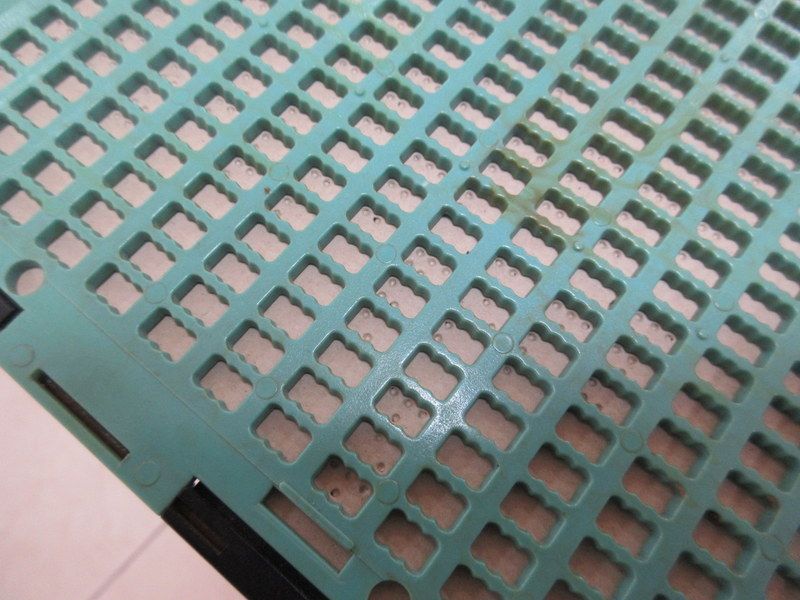 We told you about the Braille Slate in our previous report. Notice the small dots in the slots provided? This is how the Braille notation on the slate looks like. 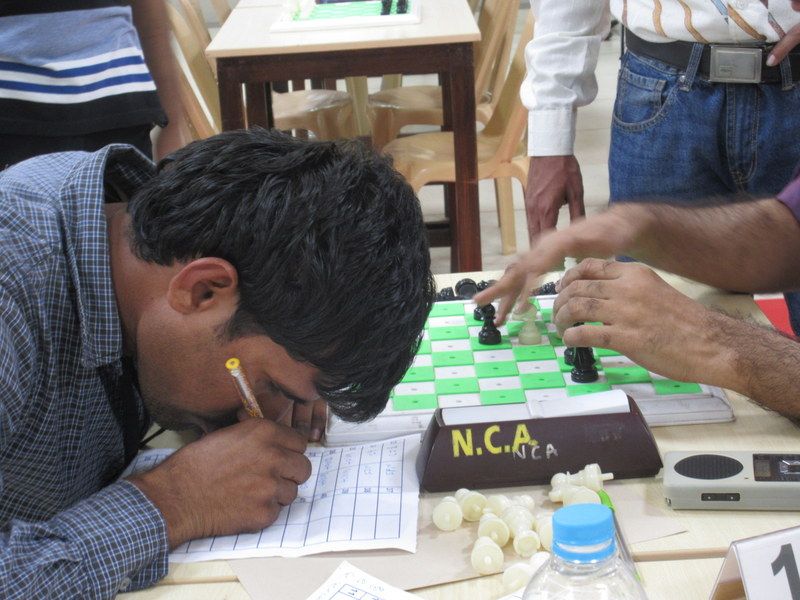 Partially sighted players, usually, use the scoresheet, and they have to move that close to it to be able to see it. 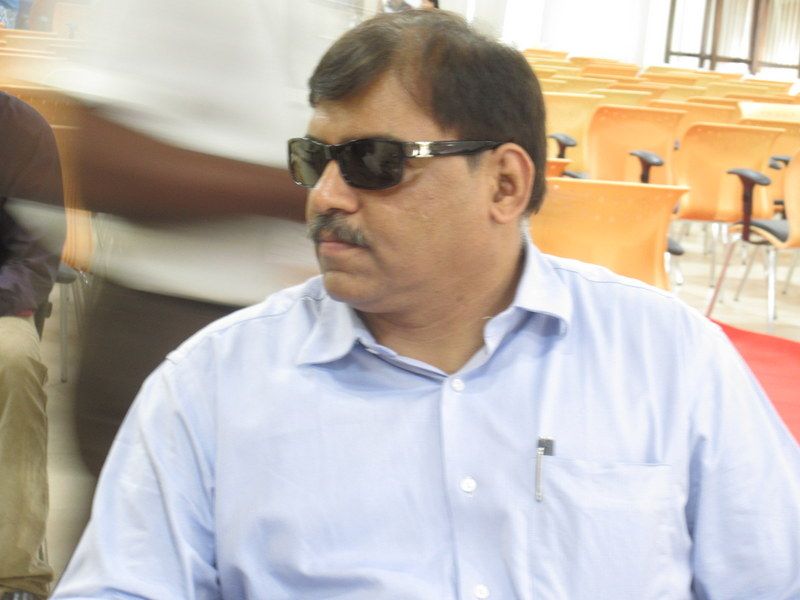 The founder of AICFB, Mr. Charudatta Jadhav, is 'overseeing' the event.

Final Ranking after Round 04:

Check the pairings for Round 05 here.

The tournament witnessed a handful of upsets on the second day... 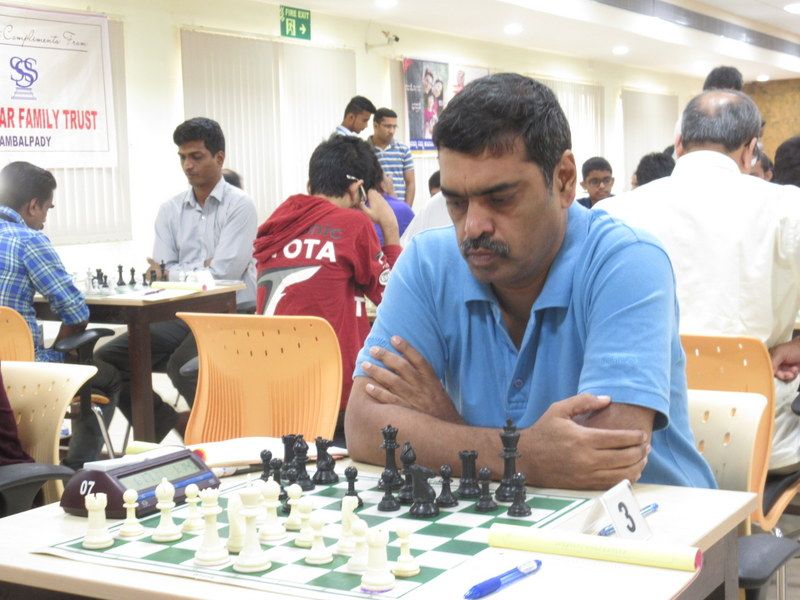 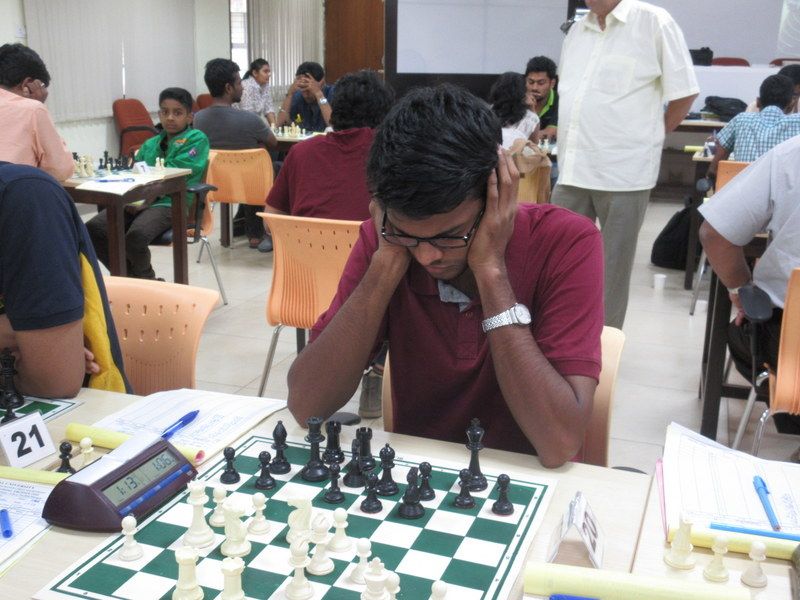 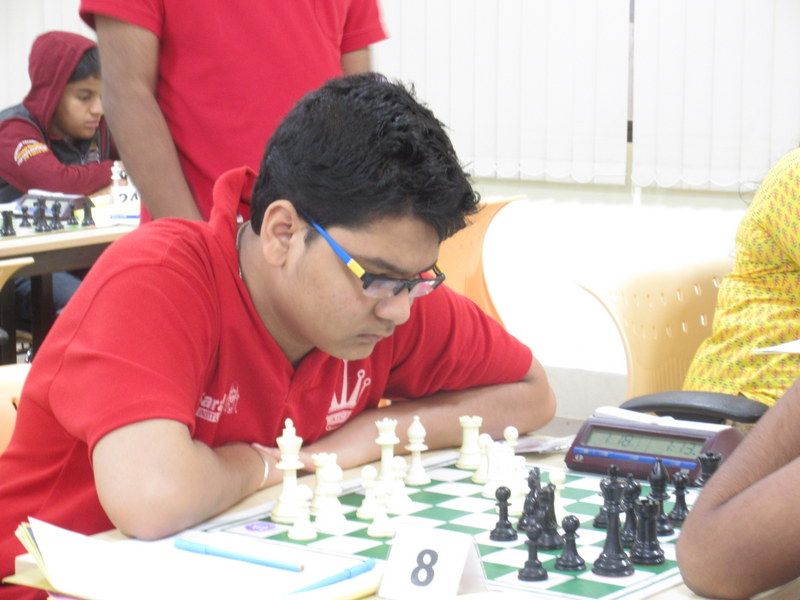 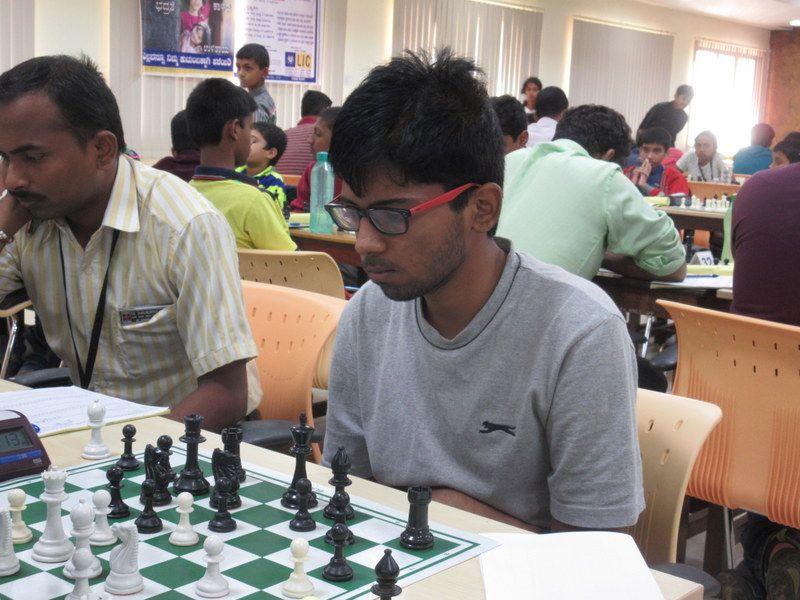 IM M.S. Thejkumar (2439) seemed to be in difficulties in the fourth round, but he eventually won... 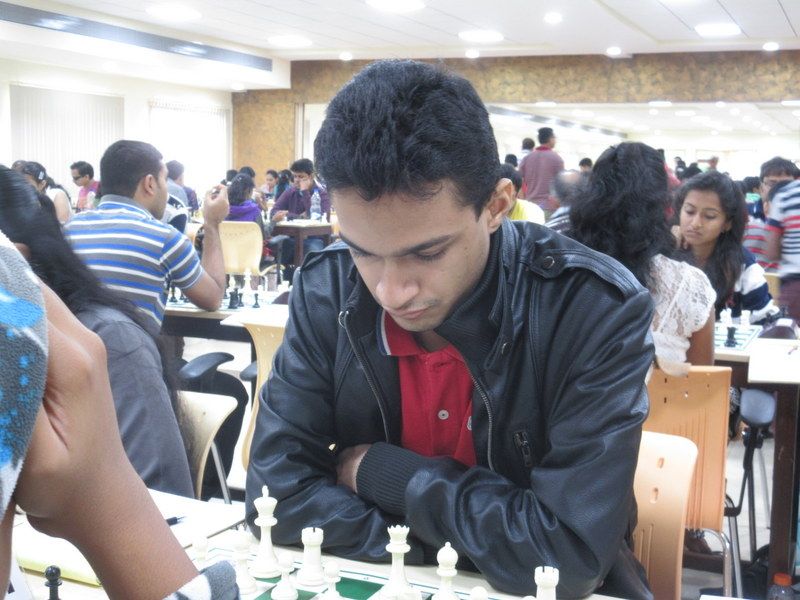 ...after his opponent Shubham Kumthekar (1923) of Maharashtra went wrong in time-trouble. 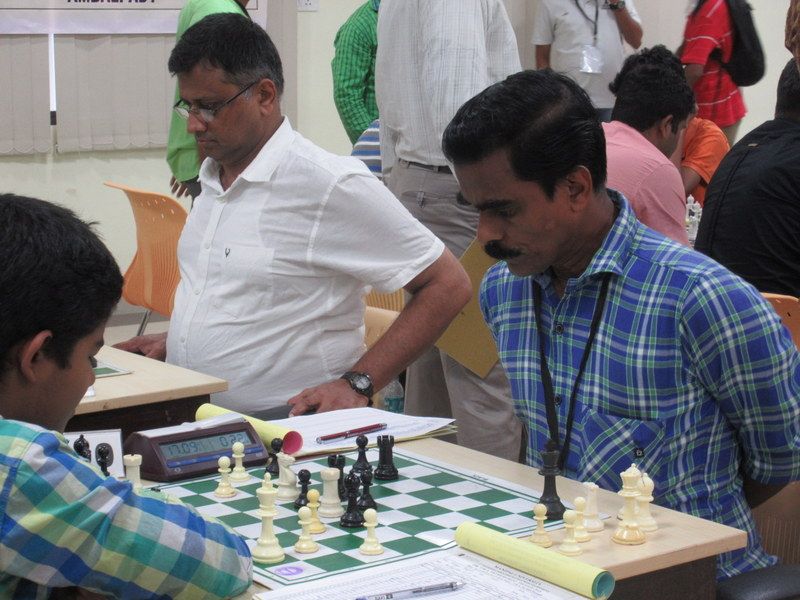 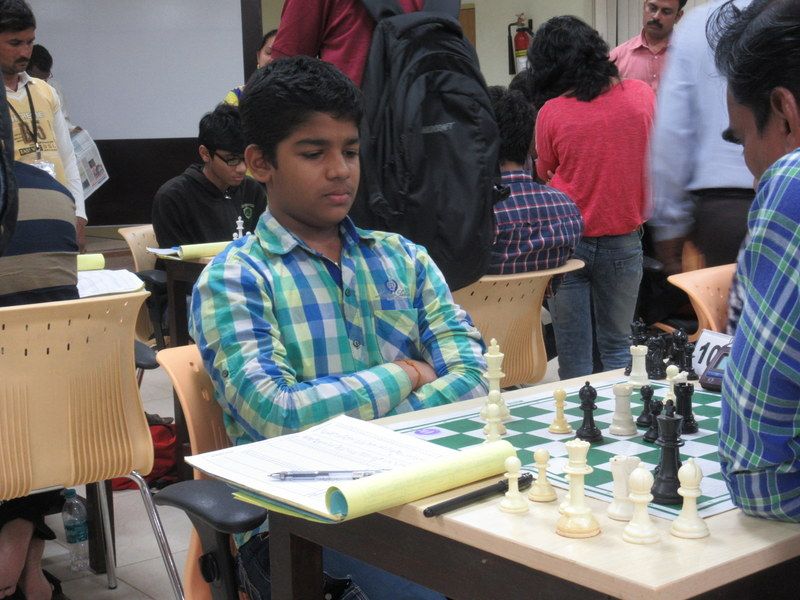 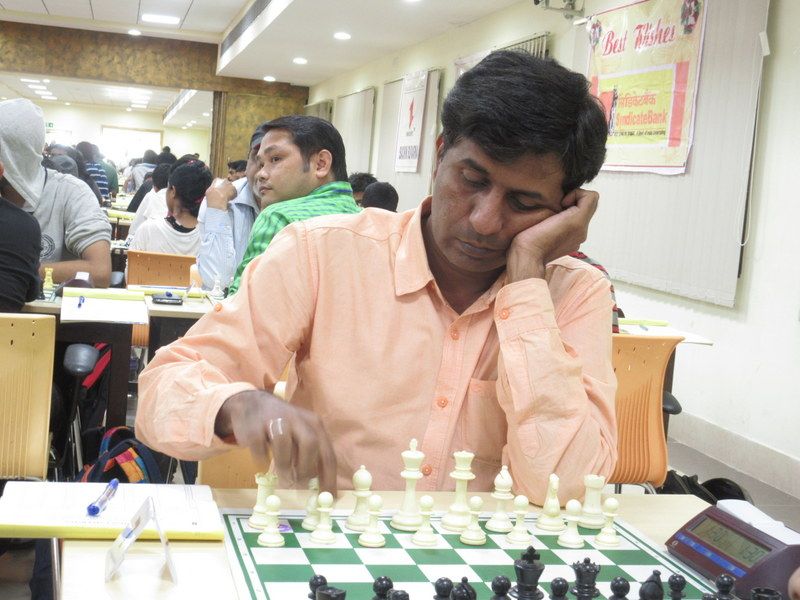 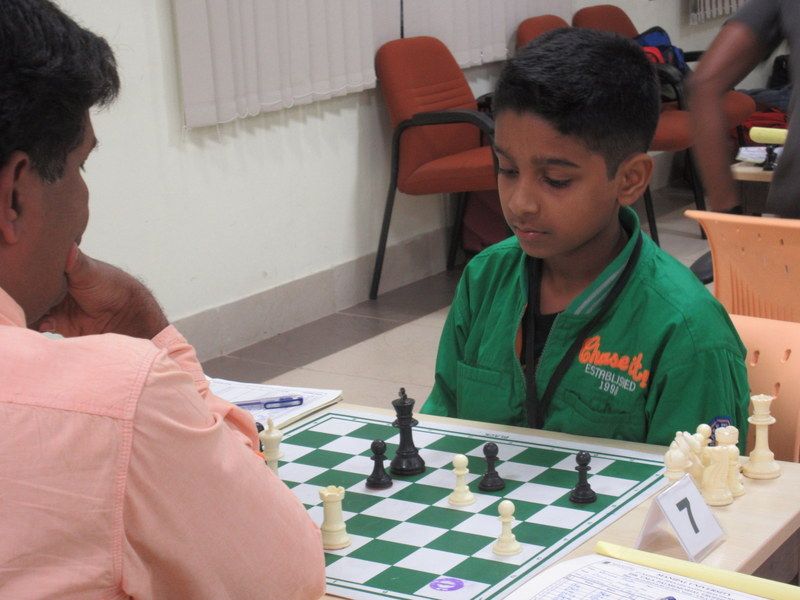 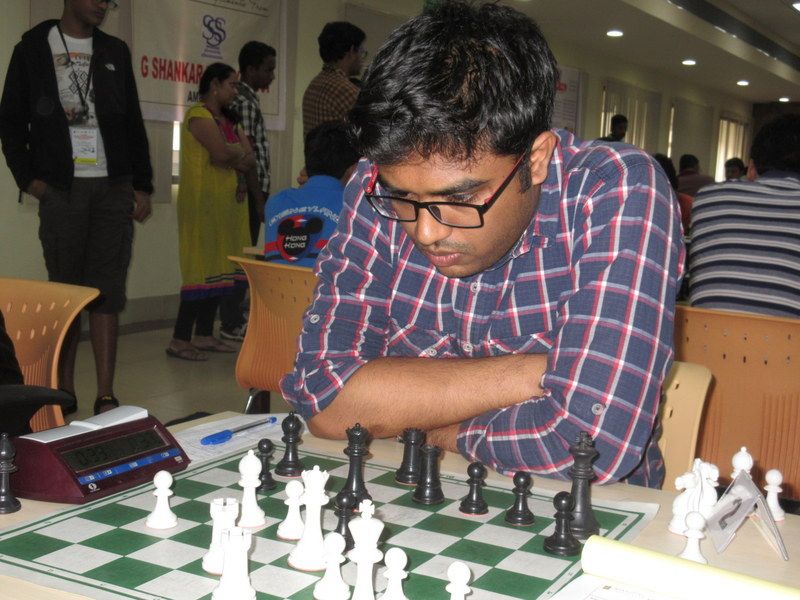 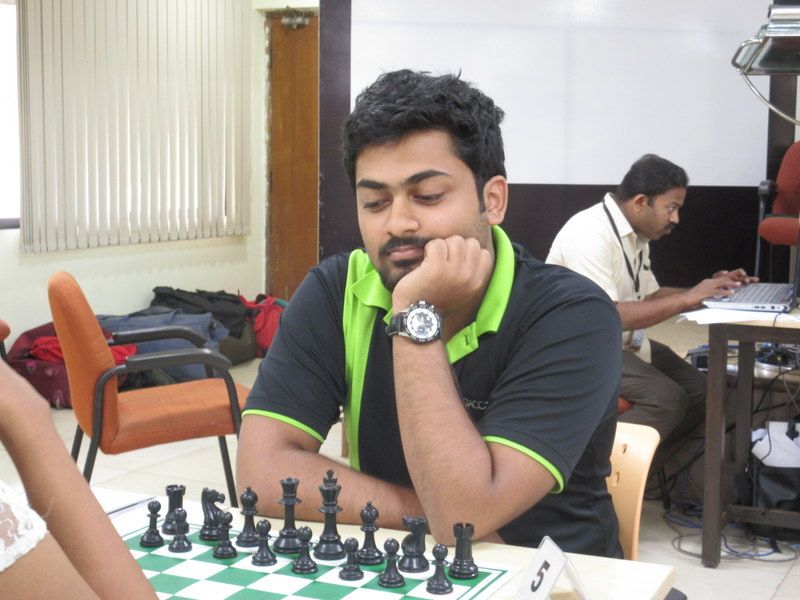 Nandini Saripalli (1745), who clicked most of the pictures for this report, yet again.

Final Ranking after Round 04:

Check the pairings for Round 05 here.