Daakshin Arun is one of India's upcoming youngsters. The 12-year-old has a FIDE rating of 2173 and is ranked the highest in the country for kids born in 2009. Daakshin's father, Arun, had been working as a professor in an engineering college. In 2017 he gave up his job so that he could travel with Daakshin to tournaments all across India and the world. The boy has been progressing rapidly, but this has put a lot of financial pressure on the family. The boy and his family have an aim of becoming an IM in the year 2022 and in order to facilitate this dream, the ChessBase India YouTube memberships for the month of December 2021 of Rs.72,076 will be given to Daakshin.

ChessBase India runs a YouTube channel which is frequented by millions of people each month. We have a membership program where the perk for the people is that the money they spend in buying the memberships is entirely used to help one talented chess player in need of these funds. Towards the end of the article you will find all the links of the previous months where the YouTube membership funds have been utilized.

The Total amount comes to Rs.49,105 after 30% deduction of YouTube charges. All of this amount will go to fund the chess journey of Daakshin Arun. Apart from the above amount, we also have two donations made by generous individuals Rahil Sheth (Rs.14,971) and Kishore Hazarika (Rs.8000). The total amount comes to Rs. 72,076. 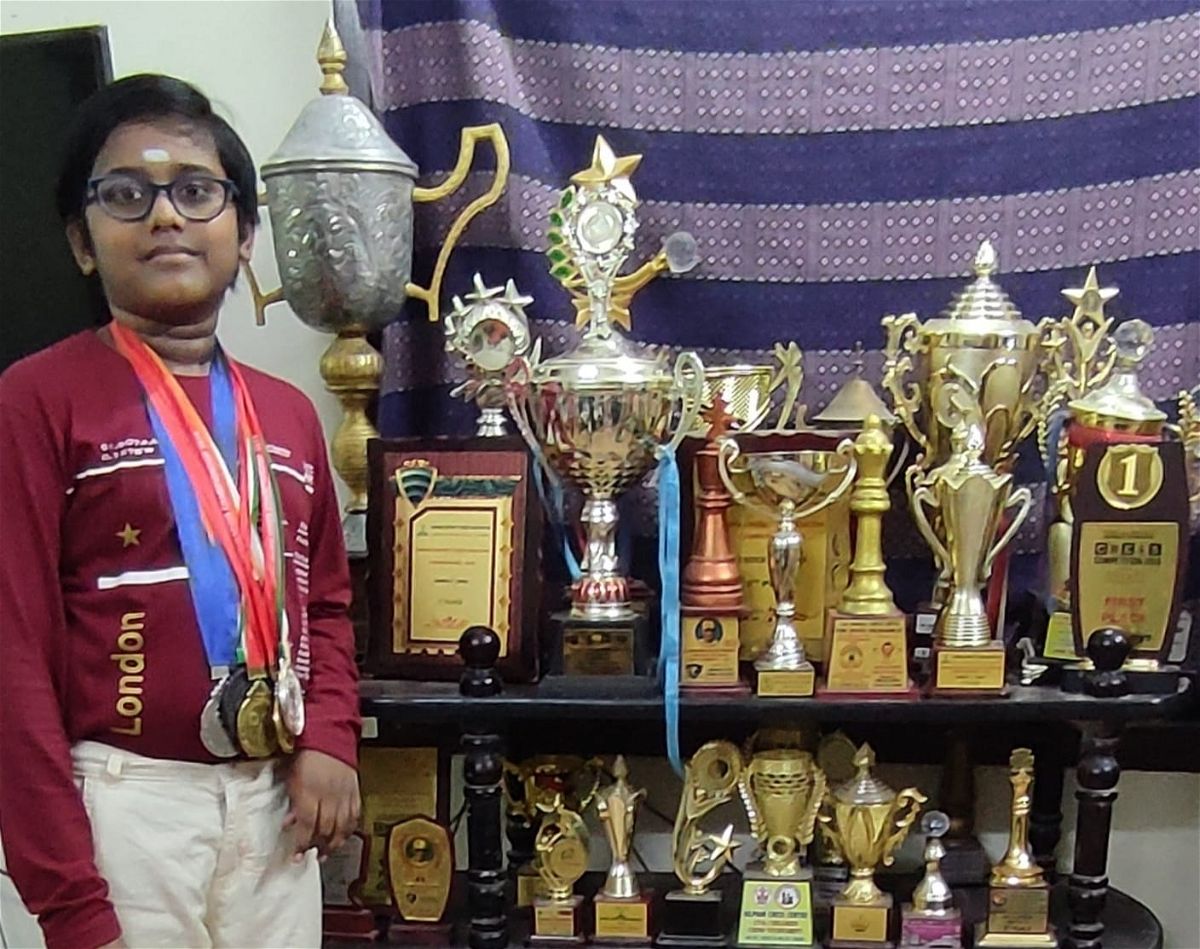 Daakshin is born in 2009 and is one of India's brightest young talents. His current Elo is 2173

In November 2021, we wrote a detailed article on Daakshin Arun on the ChessBase India talking about how the youngster had managed to pump up his rating by 415 Elo points in just 2 months. We spoke to his father Arun about the financial difficulties that they were facing. He tells us, "I had been working as a Professor in an Engineering college and I had to give up my career in 2017 to take Daakshin regularly for tournaments. As a matter of fact, we have been travelling to all major tournaments in India almost every month which made it very difficult to continue my profession. From 2017 onwards we have been managing with single income and savings as I quit my job to accompany Daakshin for tournaments. Now our savings have been utilized taking him for all major tournaments in India, Asian championship in Sri Lanka, World Championship in China and the European trip to Hungary and Spain. Besides, a lot of money had been spent on coaching, hardware and software required for chess preparation. We desperately require funds to take him for further tournaments in India and Europe so that he can move towards his IM title." 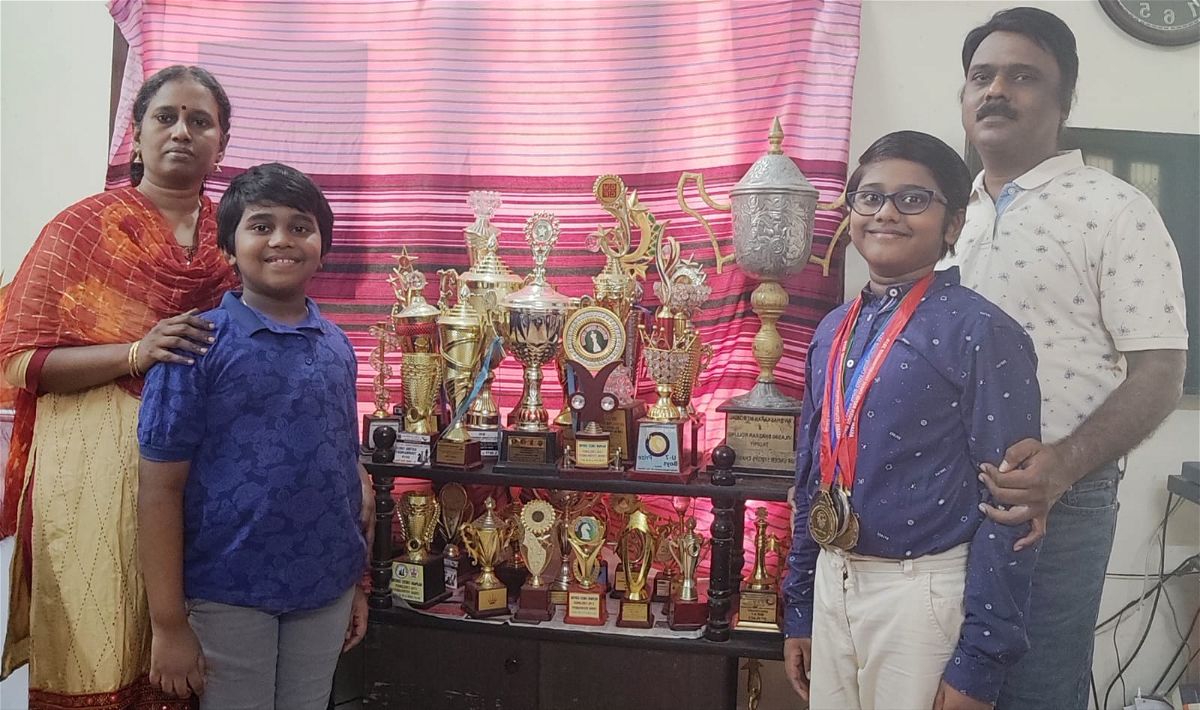 This entire amount of Rs.72,076 will be used towards the upcoming GM Open tournaments that will take place in India in the month of March. Apart from that Arun has the detailed plan chalked out. "Daakshin is planning to play a couple of GM tournaments in India, Nationals, besides two trips to Europe in the second half of the year depending upon fund availability." We hope that this support will help Daakshin play in more events and become a stronger chess player.

GM R.B. Ramesh mentions, "Before the pandemic related lockdown, many promising youngsters where growing in their strength very fast but all of a sudden they could not play in tournaments and lost 2 precious years in their young career. Same with Daakshin. He has very good analytical ability and practices long hours. Very ambitious and interested to learn all aspects of the game. He has recently increased his rating a lot and is a good prospect to become one of the youngest GMs in our country." 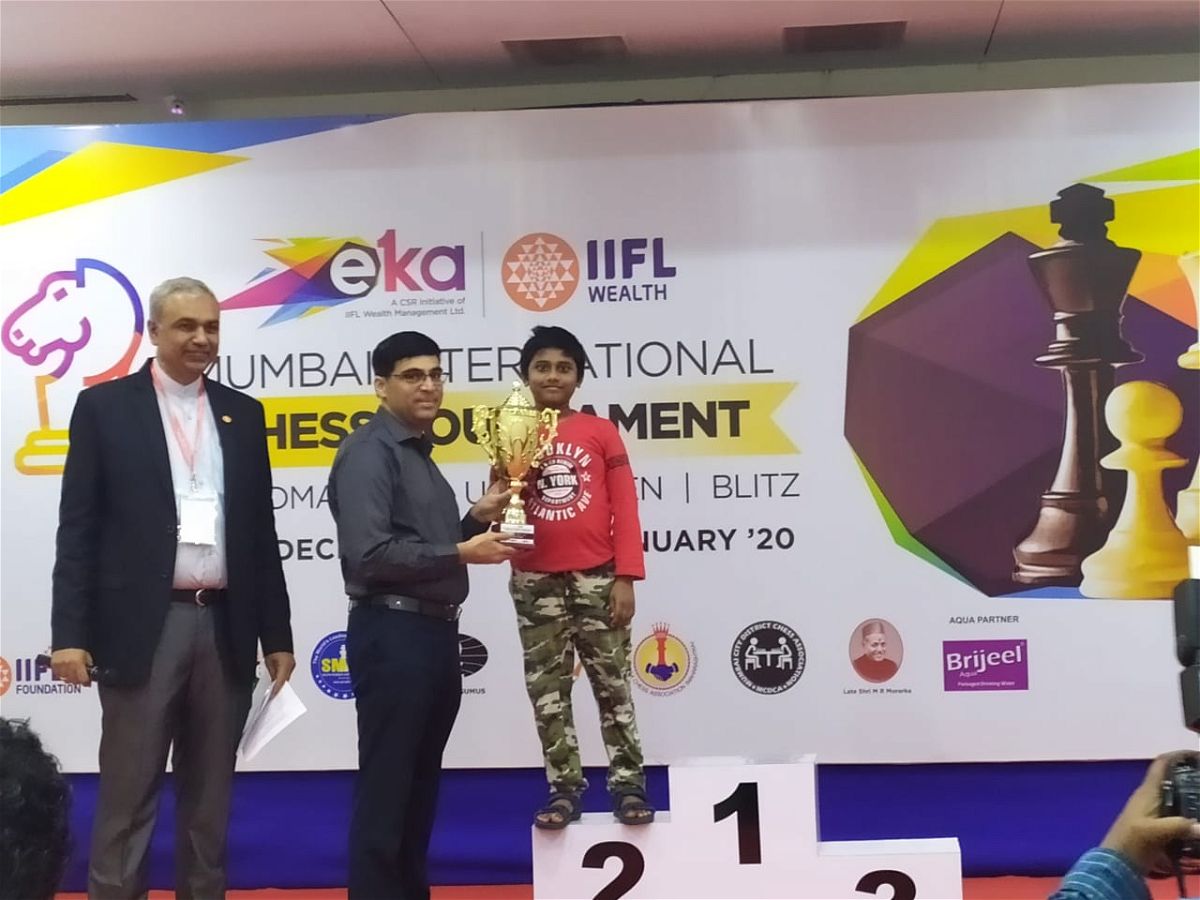 Some of Daakshin's major achievements:

A big thanks to all our members for contributing regularly and helping to power chess in India. The dreams of these youngsters receive wings because of the money you spend and we are very grateful for your support. It's by these small gestures by each one of you that India is slowly and steadily becoming a super power in the world of chess!

May 2021 fund for Savitha and Karthik Venkata Krishna