At the conclusion of the fifth round of Tata Steel Chess, Magnus Carlsen finally broke his 21-game-long draw streak with a resounding win over Jorden van Foreest. Meanwhile, GM Ding Liren of China joined Ian Nepomniachtchi in tournament lead, having won his game over Sam Shankland from an innocuous-looking middlegame. Vidit Gujrathi could have been the third winner of the day, but he missed his chance against Vladimir Fedoseev and retained his second place. Vishy Anand also showed some excellent preparation to hold Anish Giri to a draw comfortably. In the Challengers' segment, Vladislav Kovalev won a brilliantly over Benjamin Gledura to take tournament lead alongside Anton Korobov.

Ian Nepomniachtchi had been leading the Masters’ segment of Tata Steel Chess for a good two rounds going into round 5. With two wins and two draws in his first four games, he had scored 3.0/4 and was ahead of his nearest rival by half a point. But in a field this strong, a half point lead is never really much. After having kept the sole lead for a round, Nepo was joined by Chinese super GM Ding Liren in the pole position.

In the fifth round, Ding was playing Sam Shankland of the USA. The two discussed a closed Rut Lopez in which Ding equalized comfortably out of the opening with black. After the exchange of queens on the 21st turn, the position looked rather innocuous but Shankland went down surprisingly fast from there.

Ding clarified after the game that the American Grandmaster’s capture of the a5 pawn, one move after the queen exchange was the beginning of the end. “After he took 22.bxa5 and I played Nxa5, I had a very clear plan: just play Bc6 and my pawn on b5 is better than his a3 pawn.

The weakness of the a3 pawn immediately became the major theme of the game. Soon, the black pieces came storming in on the queenside, leaving white in a hapless position.

How much of this was preparation? Not much, going by Ding’s post-game interview. “I just played all normal moves. I just played 9…d6 because I wanted to avoid his (Shankland’s) preparation after 9…d5,” Ding answered.

Magnus Carlsen also won his first game of the tournament and finally broke his long drawing streak of 21 games in classical chess. His prey was the youngest participant of the Masters’ group, GM Jorden van Foreest.

After the game, the reigning world champion was visibly happy to have ended the drawing spree, “It did bother me (the drawing streak), obviously. I am not used to going that long without winning a game; not having too many chances either,” he said.

As Black, Carlsen once again had the opportunity to play the Sicilian Sveshnikov, an opening that he has been seen deploying quite frequently since his world championship match against Fabiano Caruana. Jorden went for a sharp line in the system, which Carlsen later described as a ‘double-edged sword’.

“It’s very challenging and you get under pressure right from the opening,” Carlsen said, talking about Van Foreest’s opening choice. “It’s nice to get a fighting position but it’s also a very dangerous position for black.”

Despite the dangerous nature of the position, Carlsen added that he felt that it was easier to play with black.

An important moment came in the game after black’s 24…Ne5. Computers suggest that white is fine after 25.Nc3, leaving the c4 pawn to its fate. Jorden, instead, chose the more human 25.Ne3, protecting the c4 pawn. But then black broke through with 25…f4 and won shortly afterwards.

For Viswanathan Anand, the day was a rather pleasing one as his opponent, Anish Giri, went into the exact line he was the best prepared in. “Normally, you never get [to play] the main line, the one that is the freshest in your head. You always get the line that you only half remember. But today went extremely well,” said Anand, who drew comfortably with black after 22 moves in an Italian Opening.

"In this tournament, you have to keep playing and wait for your chances" -- Viswanathan Anand | Tata Steel Chess

The younger Indian in the fray, Vidit Gujrathi, came heartbreakingly close to a joining the leaders as he missed a win against Vladimir Fedoseev in his fifth-round clash. As black, Vidit had reached a promising endgame after his pieces penetrated actively into the white camp. 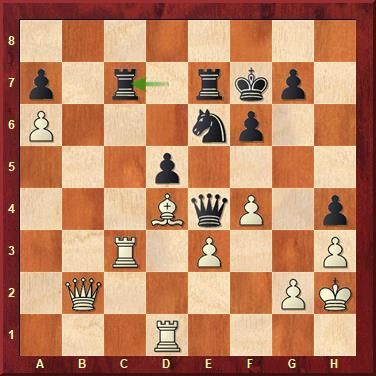 Things changed drastically at this point after went 34.Qf2. Vidit first exchanged rooks with 34…Rxc3 35.Bxc3 and went on to penetrate into the white camp with 35…Rc7 36.Be1 Rc2. When Fedoseev tried to hold on with 37.Rd2, there followed 37...Rxd2 38.Bxd2 Qd3 and soon black won the a6 pawn. At first, the computer evaluated the position to be equal, but once Vidit began to get his pawns rolling, black was in big trouble.

Nearing the second time control, Vidit was clearly winning in the eyes of the silicon monster, but, perhaps due to time pressure, he was unable to find the best continuation, and ended up conceding a draw.

In the Challengers’ segment, Vladislav Kovalev and Anton Korobov moved up to the joint second place having won their fifth round game against Benjamin Gledura and Stefan Kuipers respectively. Kovalev’s game against Gledura was especially noteworthy due to the tactics it involved. 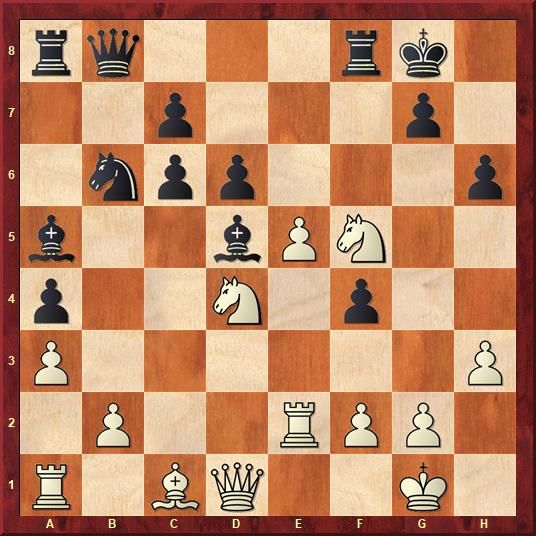 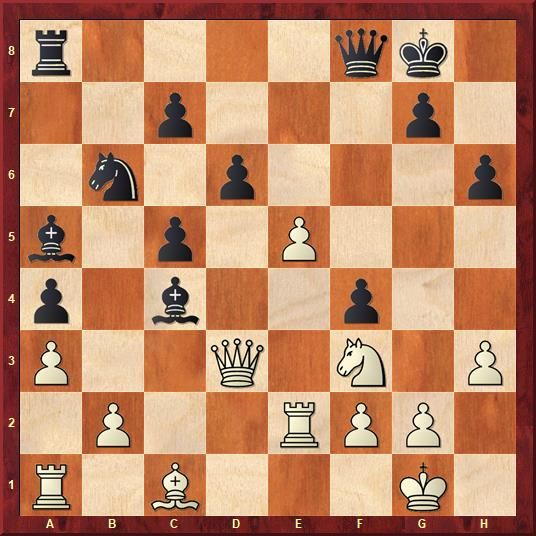 Besides having netted a pawn, Kovalev soon liquidated the position and forced a win effortlessly. 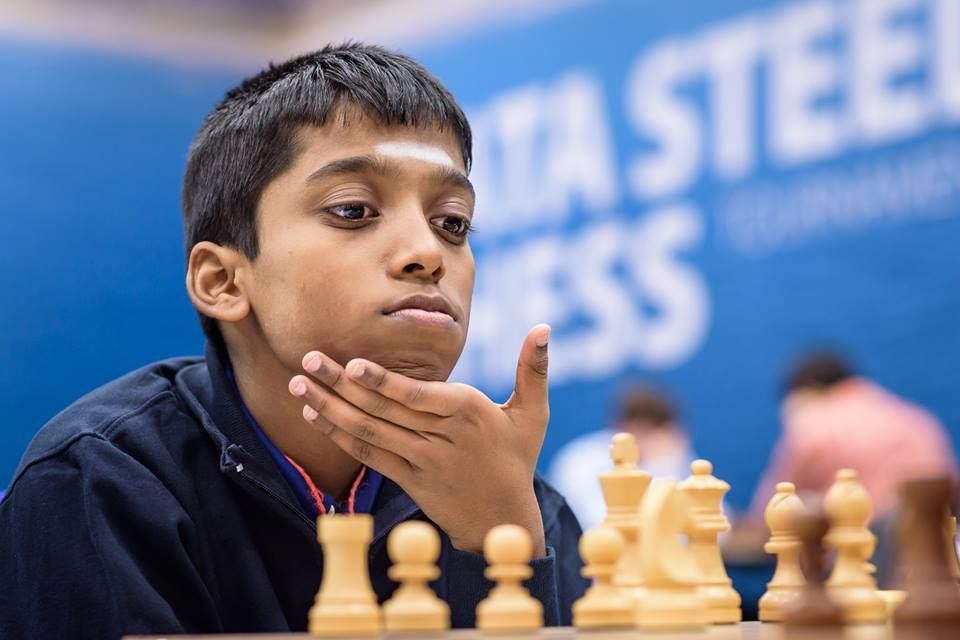