Wesley So and Fabiano Caruana are the two victors of the sixth round at 85th Tata Steel Chess Masters 2023. Vincent Keymer went wrong in the endgame which cost him the full point against So. D Gukesh made some wrong calls early in the middlegame which gave his opponent, the former World Championship Challenger, a substantial positional advantage. Arjun Erigaisi had another exciting draw, this time against Anish Giri. R Praggnanandhaa drew his game against the sole leader of the tournament, Nodirbek Abdusattorov. IM Vaishali, GM Donchenko and GM Erwin scored a win each in the Challenger section. Round 7 for both Masters and Challengers section starts today at 6:30 p.m. IST. Photo: Jurriaan Hoefsmit/Tata Steel Chess Tournament 2023

Vaishali scores her first win of the event 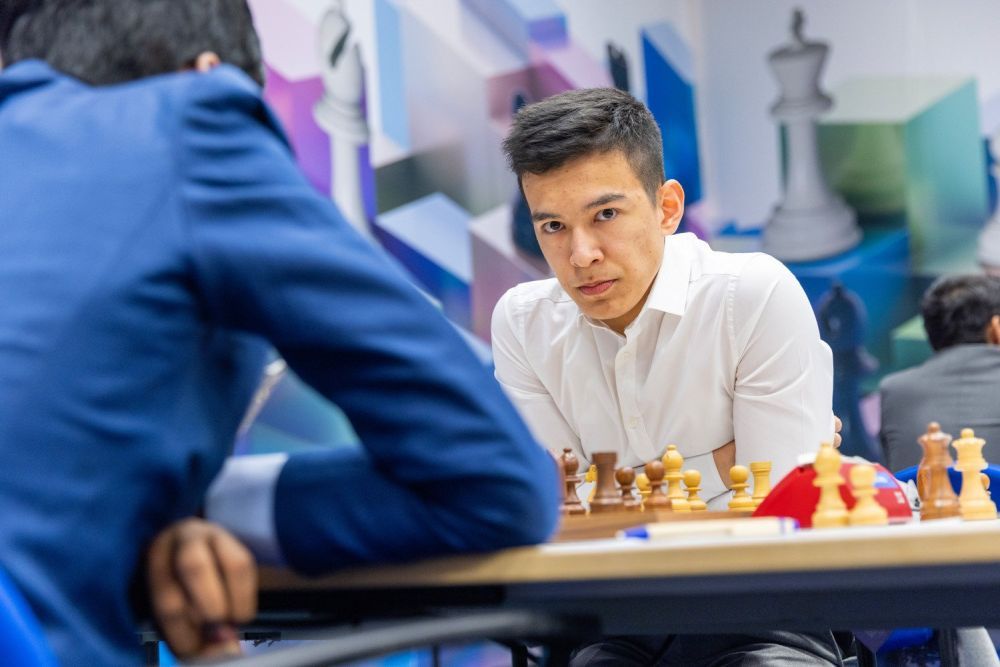 The former World Fischer Random champion, Wesley So (USA, 2760) scored his first win of the event against the Germany no.1 Vincent Keymer (2696). The teenager surprised his opponent by going 9...Rb8 quickly after 8.a4, 9.a5 in the Ruy Lopez. 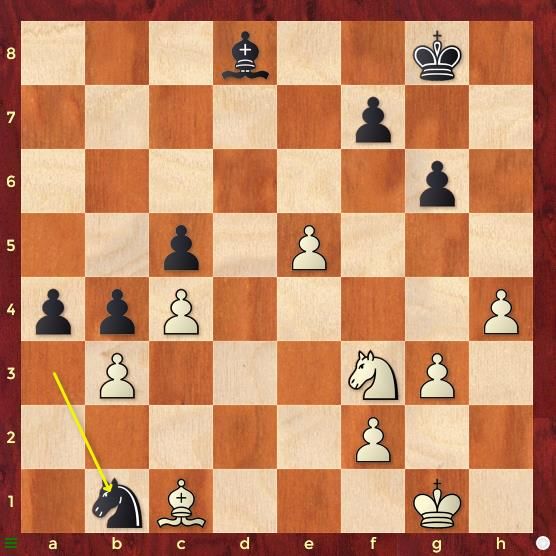 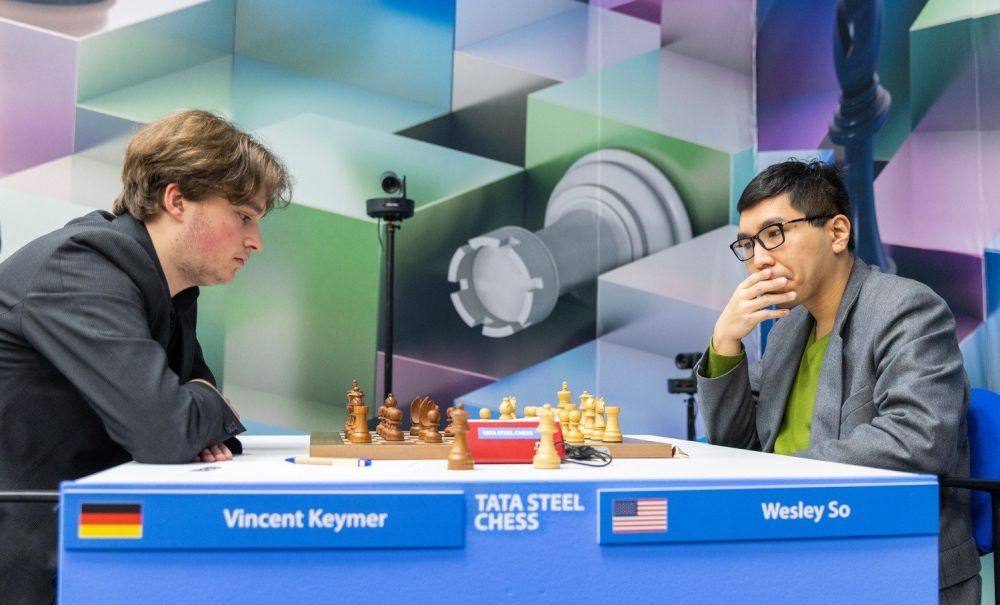 Arjun Erigaisi (2722) made a bold decision of going for a queenside castle against Anish Giri (NED, 2764). 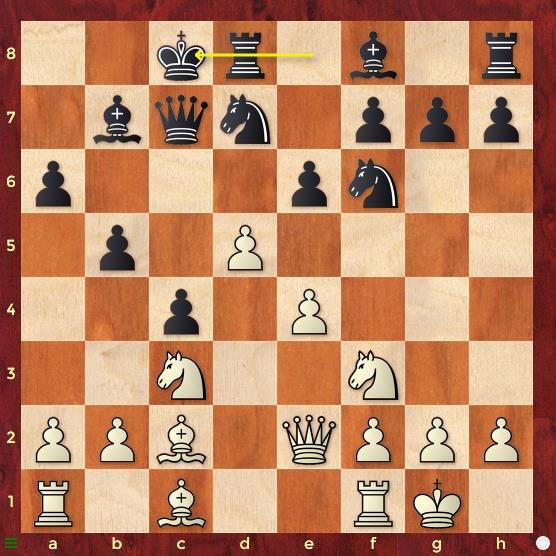 While this is not a unique idea, only twice 13...0-0-0 has been played previously. Both games ended decisively. Arjun has been playing exciting chess throughout the event. He is going for some sharp, imbalanced positions, which are quite difficult to calculate correctly for humans. Computer might say that Black was worse for the better part of the game but it was certainly not easy to figure out the 'how' part. 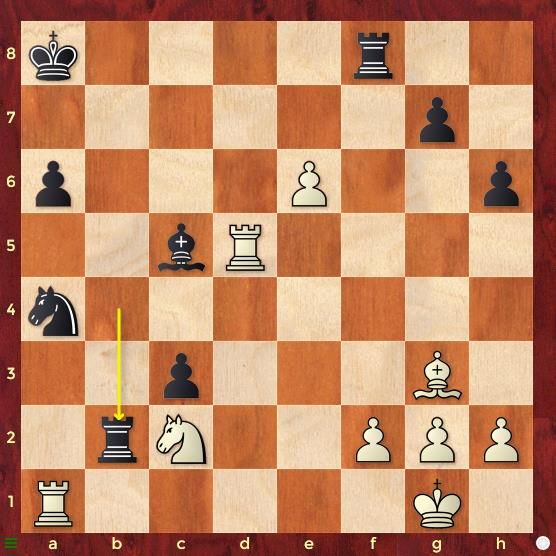 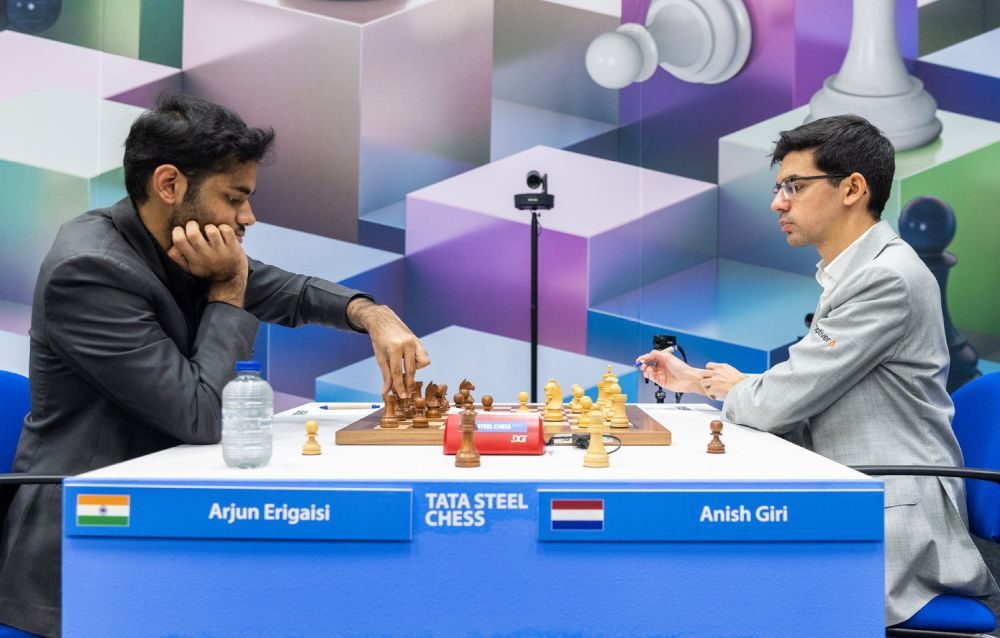 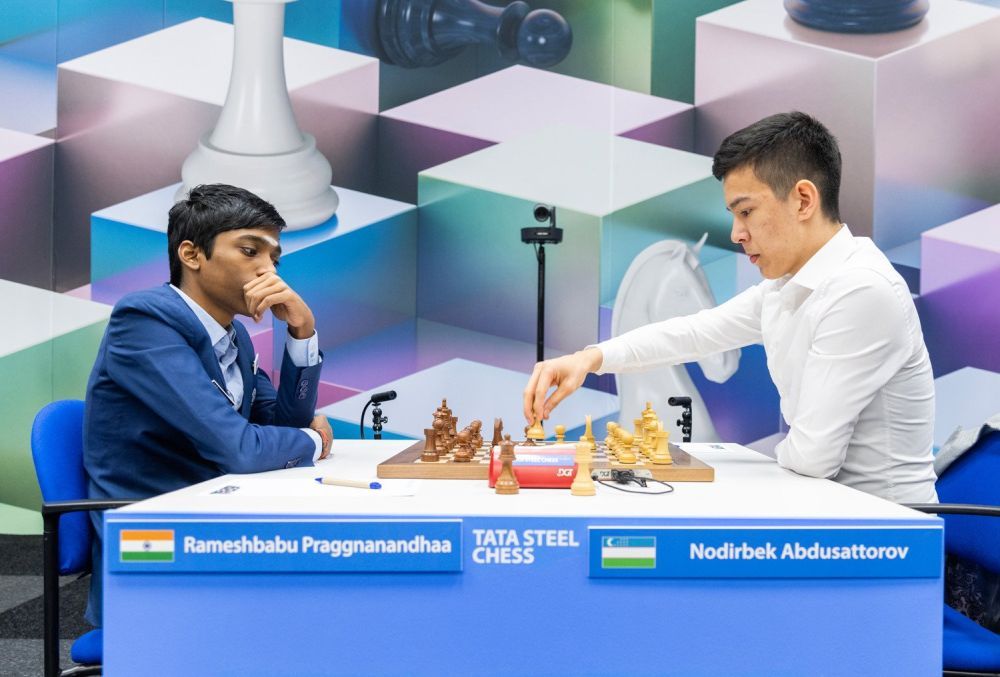 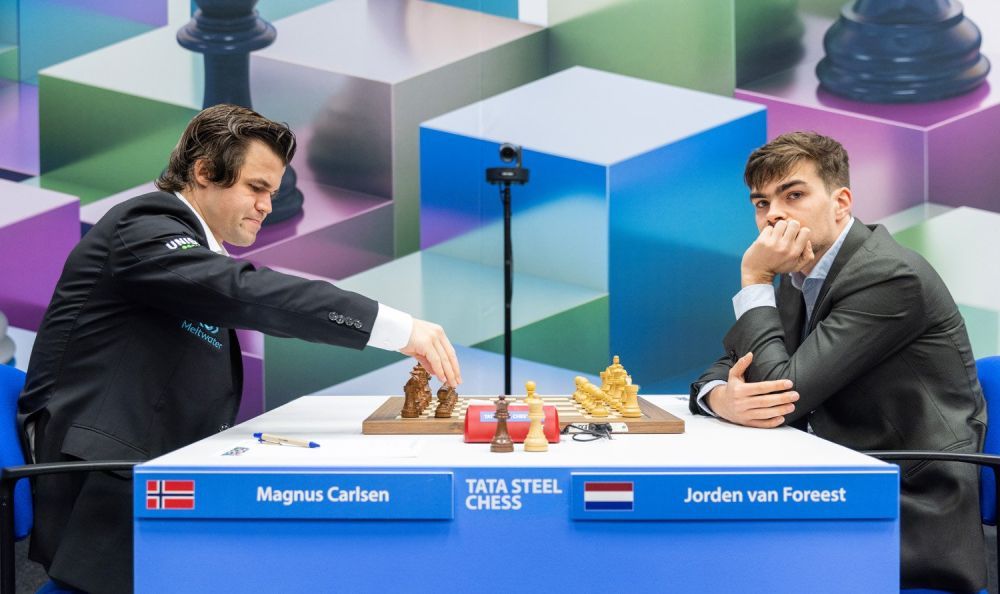 D Gukesh (2725) did not react correctly to Fabiano Caruana's (2766) battery of queen and bishop on the long diagonal. 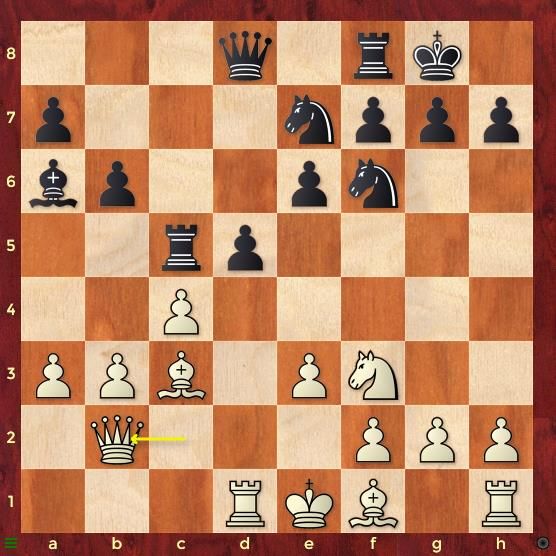 Caruana thought 12...c5 is a big mistake. After 13.dxc5 Rxc5 14.Qb2 Qc8? was another mistake. 15.Bxf6 gxf6 16.Qxf6 and Black is positionally lost. The former World Championship challenger felt that instead of 20.bxc4 there should have been a clear win which he couldn't find. 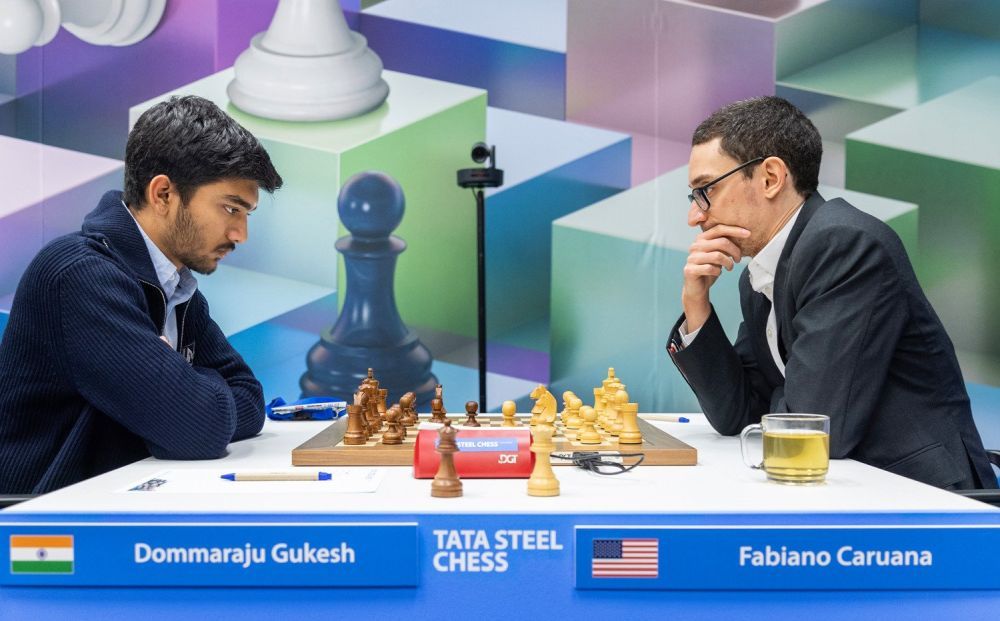 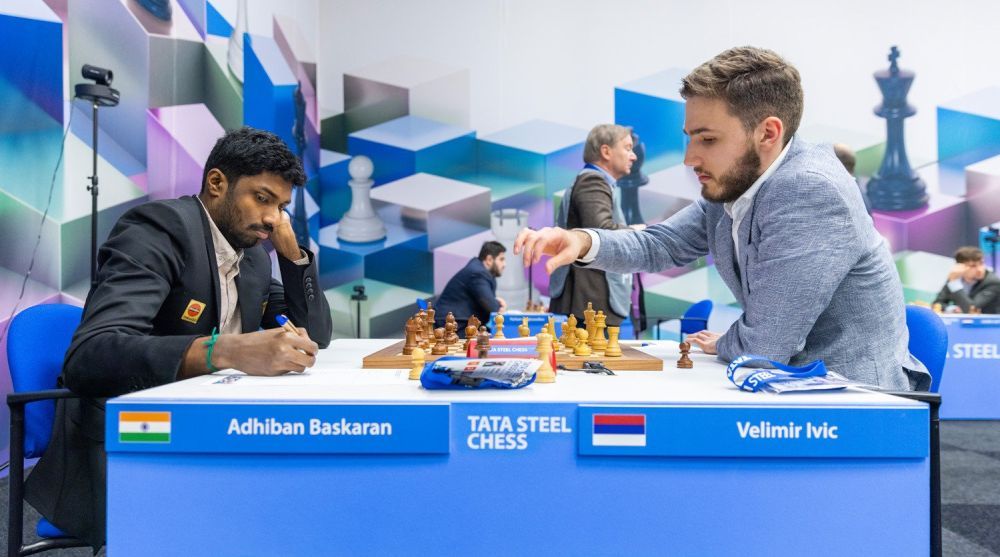 IM Vaishali R (2425) got into an unpleasant endgame out of the Exchange Grunfeld opening against GM Jergus Pechac (SVK, 2637). A grave mistake in time trouble cost Jergus the game in a relatively balanced endgame. 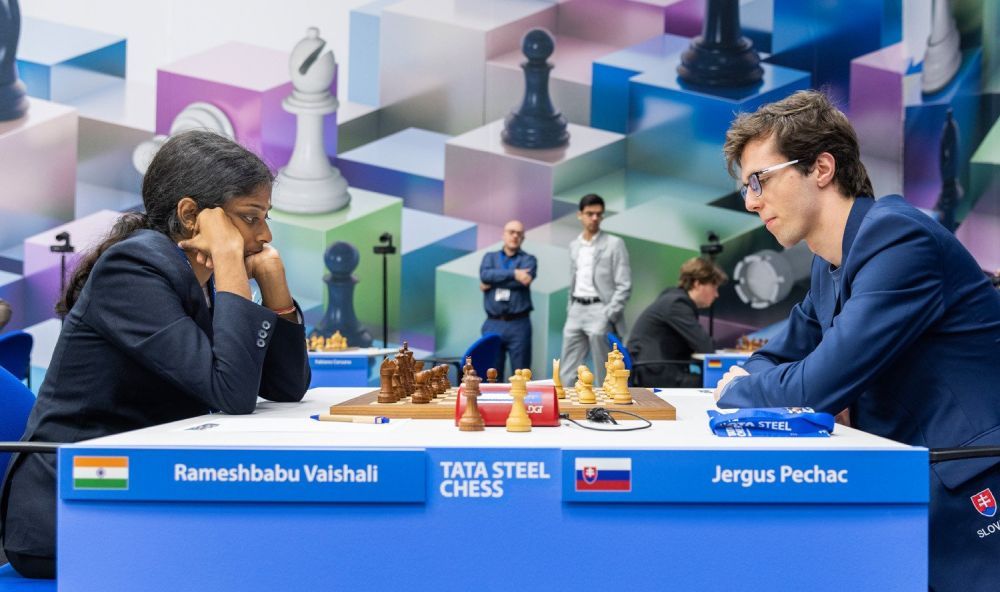 Some big reveals happened on the 38th episode of Chicken Club Podcast: 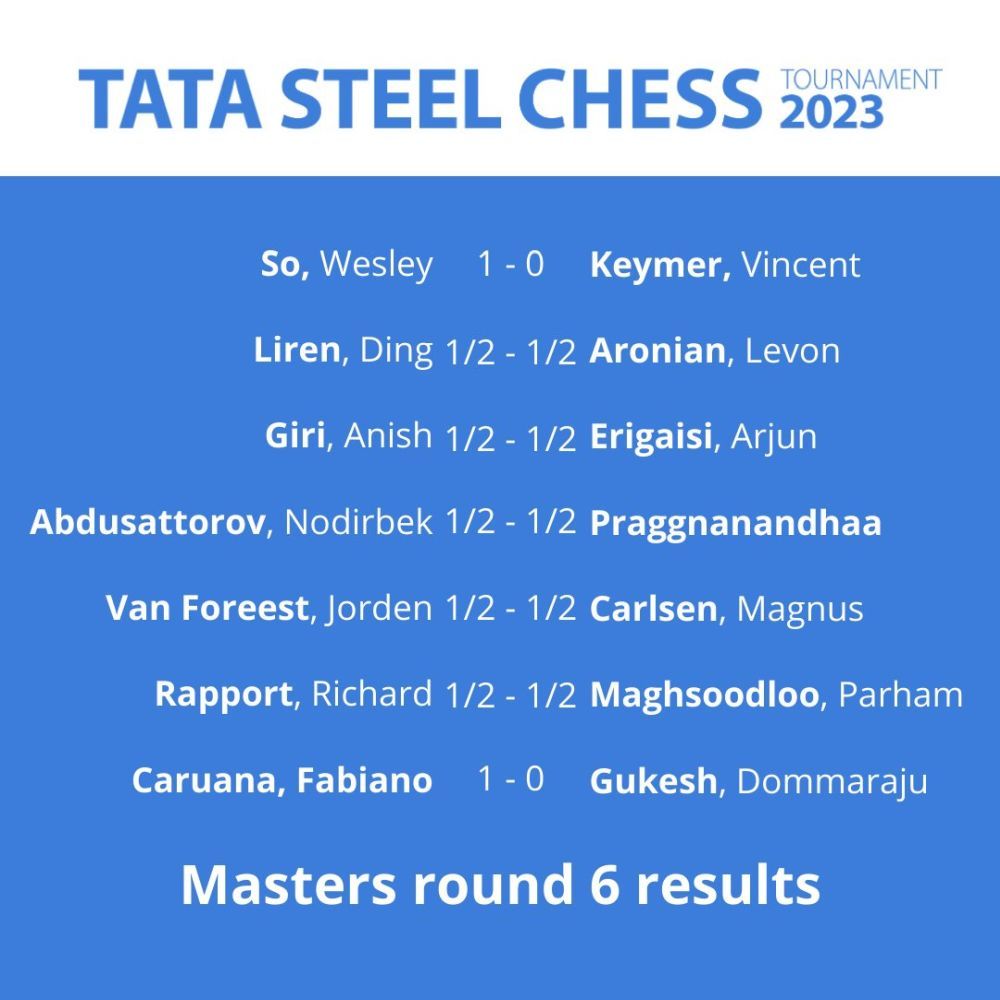 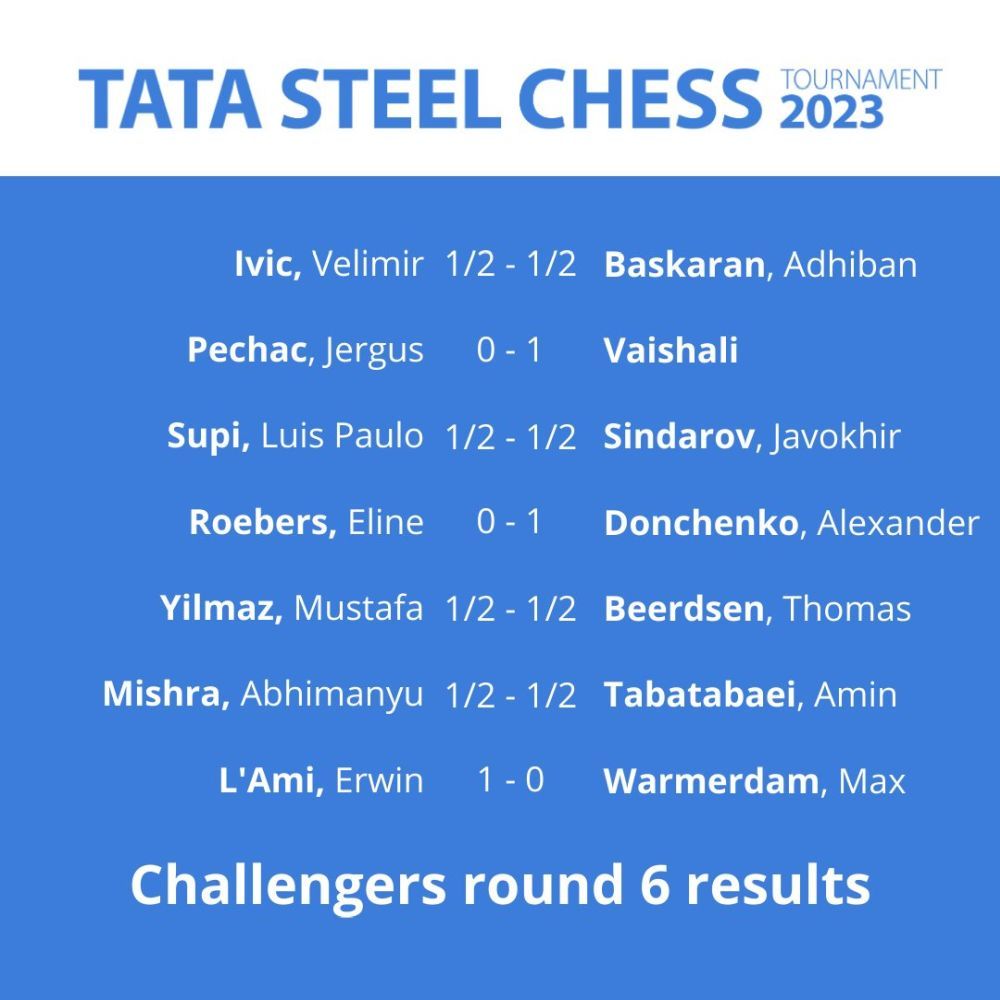 Vaishali, Donchenko and Erwin are the winners in Round 6 | Photo: Tata Steel Chess 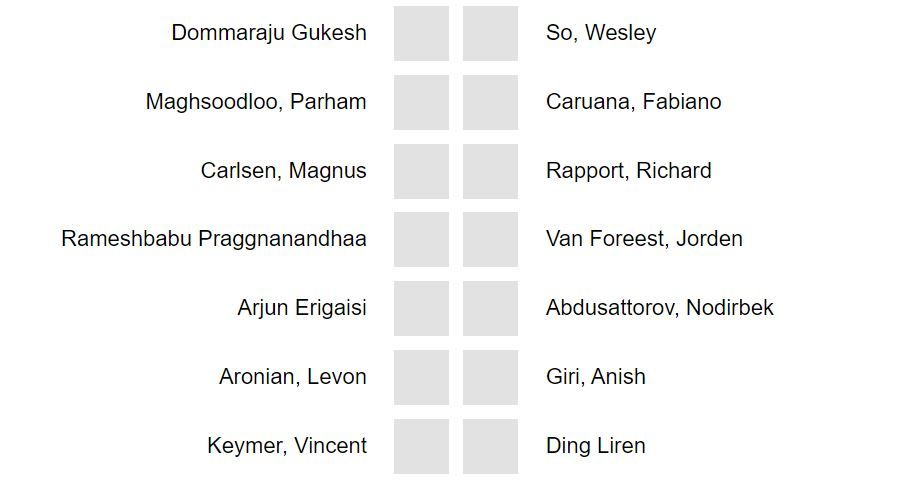 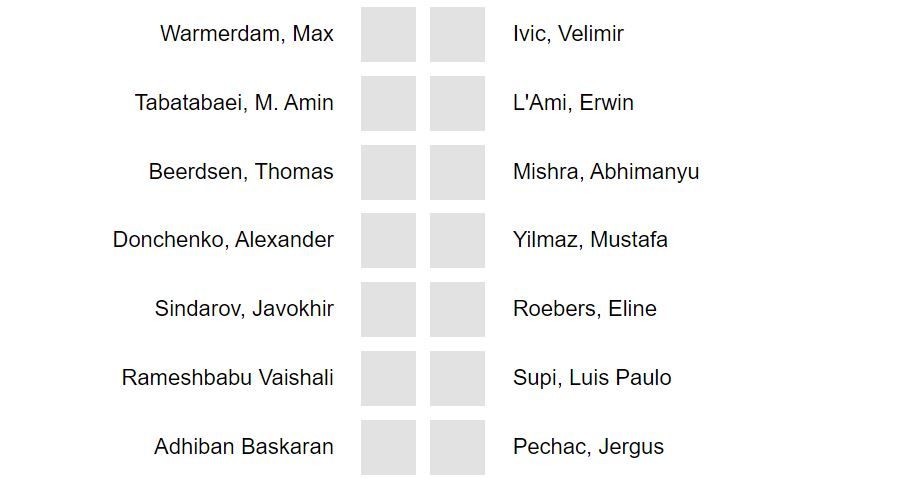