IM Prantik Roy of Eastern Railways won 1st Golf Green Rapid Rating 2018 in Kolkata, West Bengal on 28th October 2018. Prantik scored 8.0/9 and became champion due to better tie-break score. Four players finished at 8.0/9 at the end of the tournament. Along with the champion, IM Sayantan Das, GM Diptayan Ghosh and Neelash Saha all of them finished at 8.0/9 and they were placed 2nd, 3rd and 4th. Sayantan's phenomenal run of eight straight wins was stalled in the final round by his childhood friend Diptayan. Despite not losing a single game, Diptayan had to settle for 4th position because of low tie-break score. In this report we bring you photos, videos, interviews and an annotated game by the champion. Photo: Shahid Ahmed

Prantik wins his first title in his hometown after 5 years 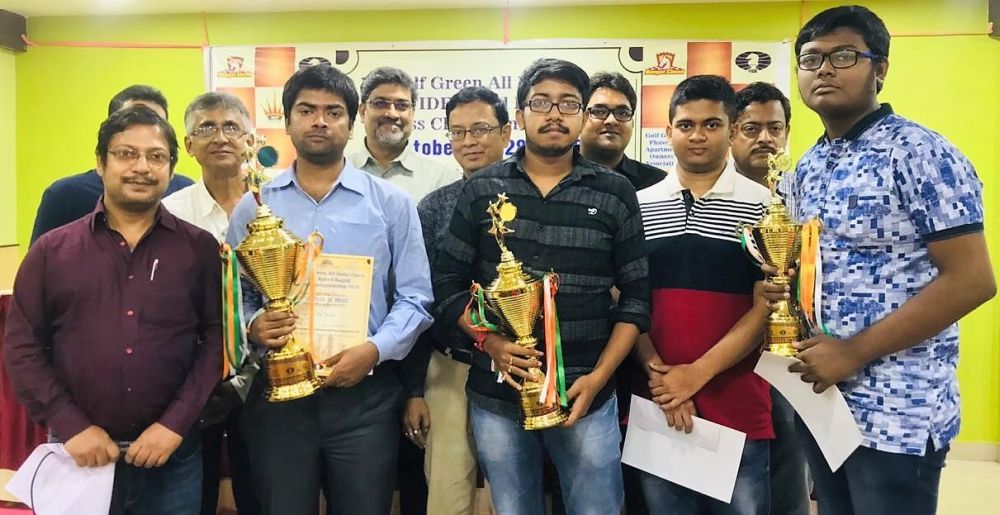 Former National Blitz champion IM Prantik Roy started the tournament as fourth seed. He was leading the tournament until 6th round, however a loss in the 7th round against Neelash Saha put him behind the leader by a whole point. However that did not stop him. He won the crucial last two rounds and with a little bit of luck, he became the champion.

IM Prantik Roy talks about being lucky, winning the tournament despite not being in his best form and more 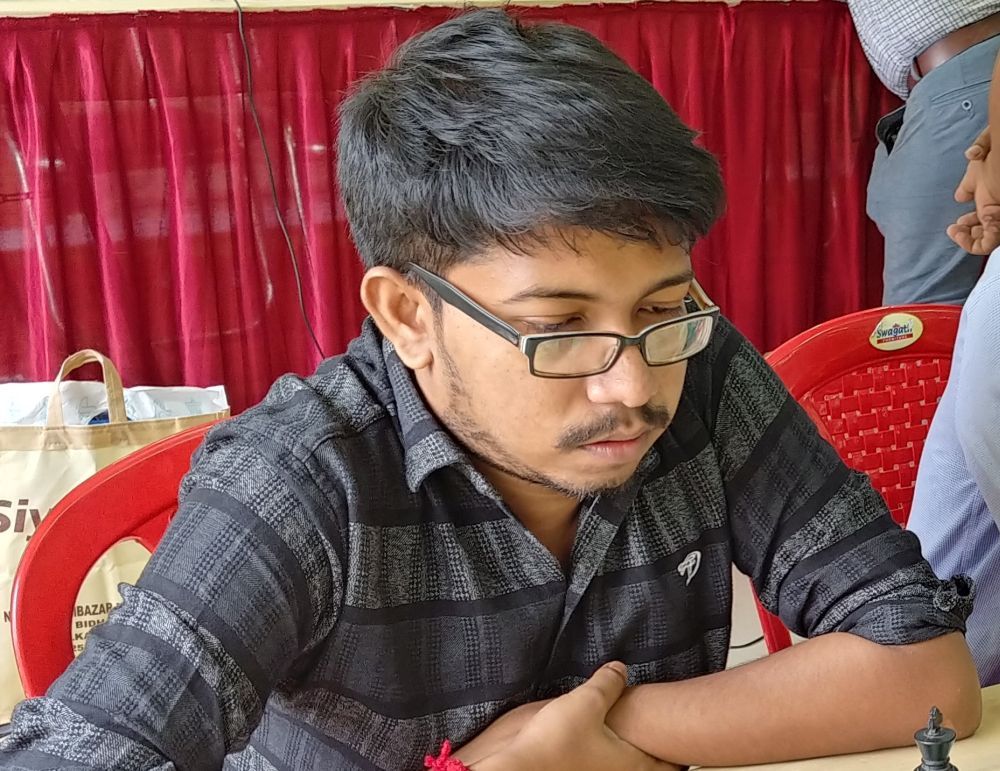 A last round loss cost Sayantan dearly and he finished at 2nd position
IM Sayantan Das talks about missing the championship, World Championship and more

IM Sayantan Das had a phenomenal start with 8.0/8 and he was a full point ahead heading into the final round. He just needed a draw in the final round to become champion, however his last round opponent was... 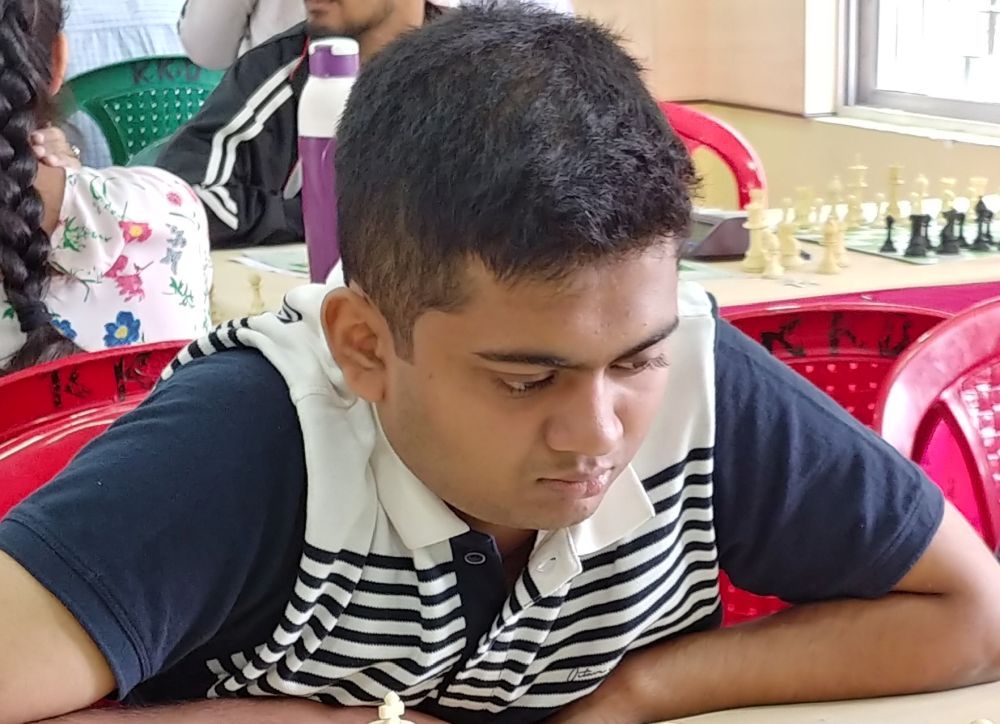 ...GM Diptayan Ghosh, who defeated Sayantan and went on to secure 4th position

GM Diptayan Ghosh, started the tournament as the top seed and he is the only player to remain undefeated in top 4, finished at 4th position with a score of 8.0/9. Two draws against Subhayan Kundu and Aronyak Ghosh in the 5th and 7th round made sure his tie-break was the lowest among the top 4. He also did not face the eventual champion of the tournament. 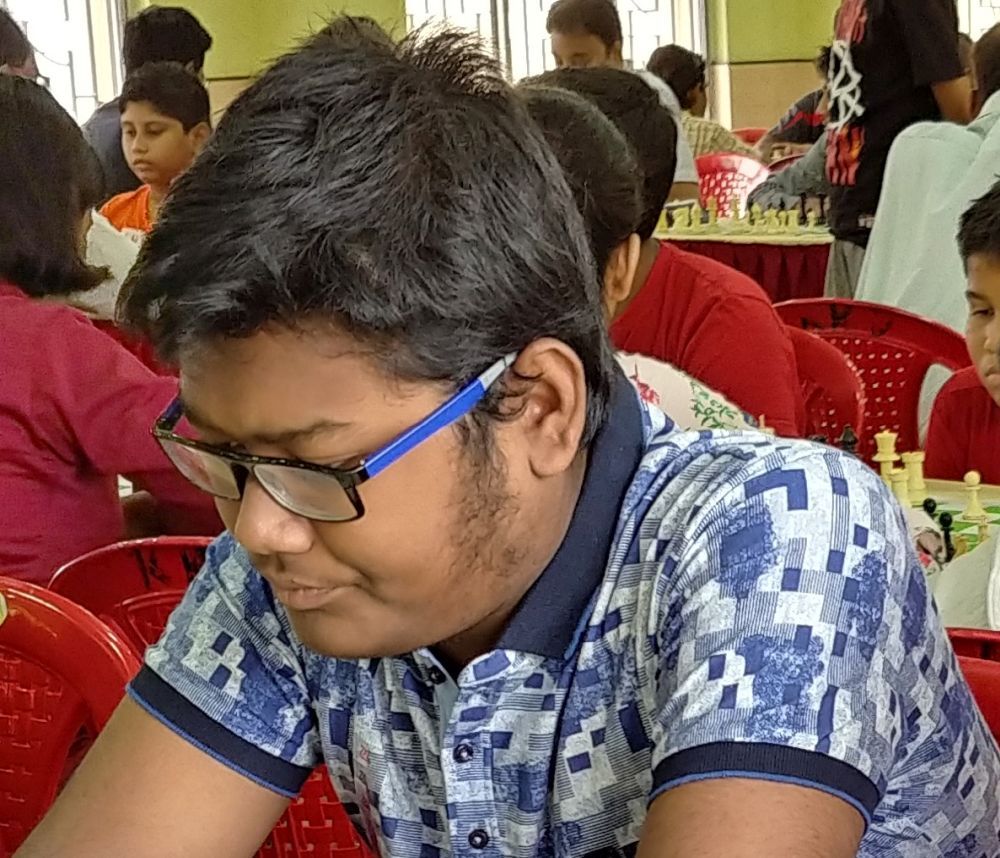 Neelash's only loss in the tournament was against Prantik Roy in the 6th round. Due to a lesser tie-break score, he had to settle for 3rd position. 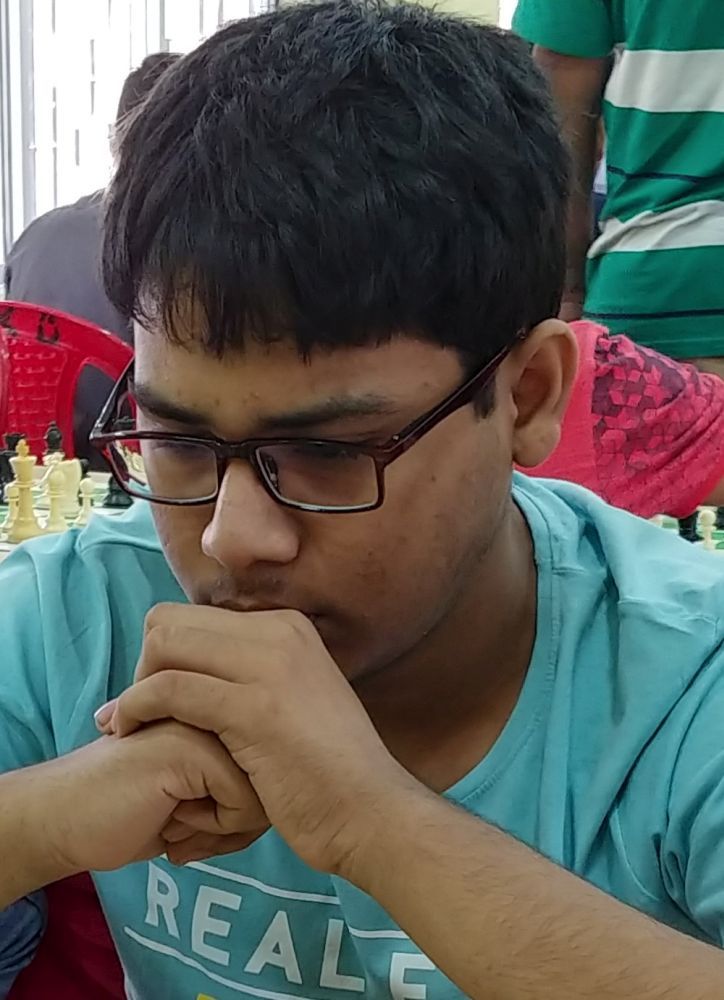 Aronyak's best game of the tournament was in the 7th round when drew with GM Diptayan Ghosh. 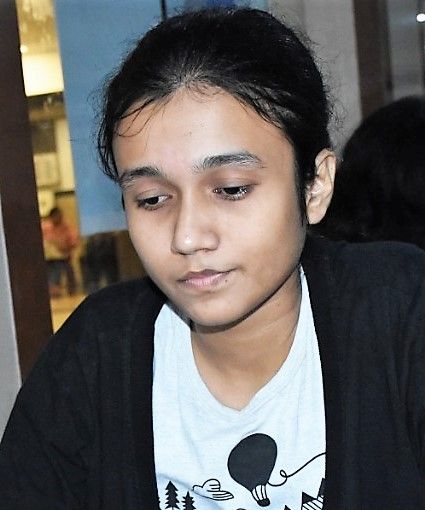 Diya Chowdhury was the only to finish in top 10 | Photo: Swati Biswas

Despite suffering a loss against the eventual champion, Diya Chowdhury managed to finish at 10th position with a score of 7.0/9. She also increased her ELO rating by 80 points. 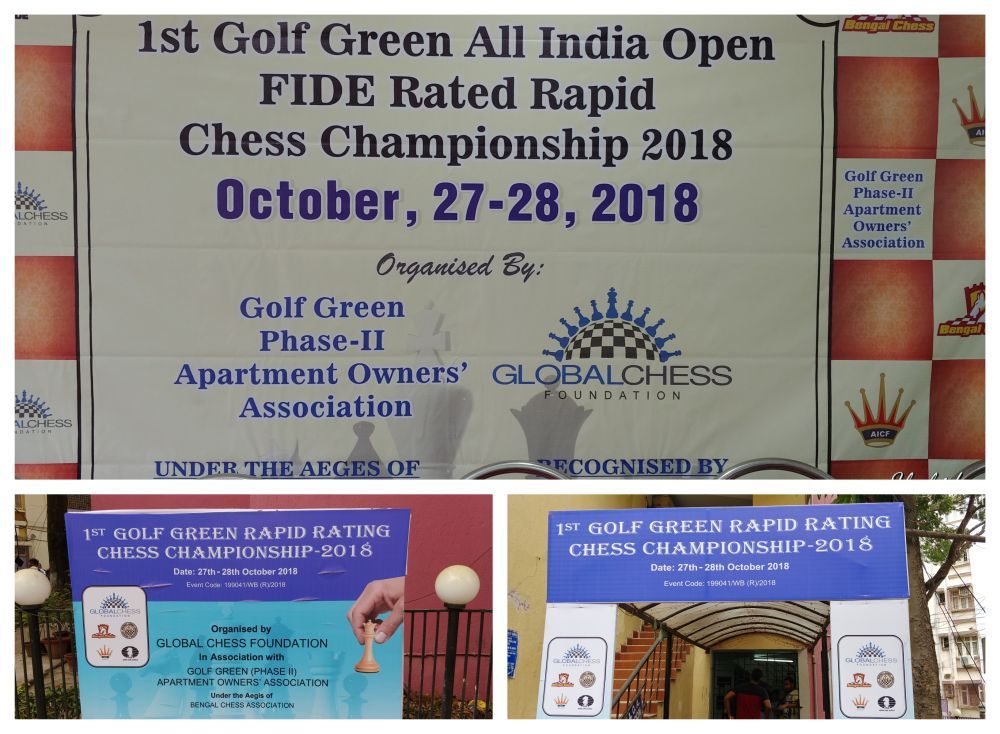 The tournament flex and gate 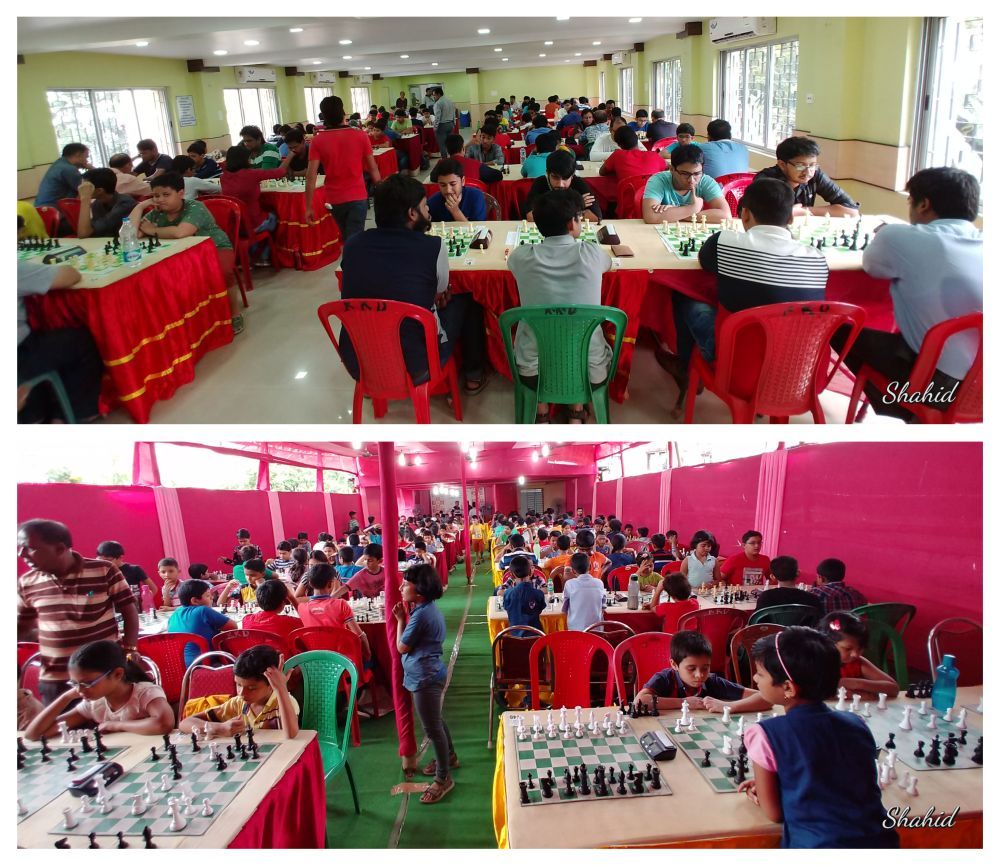 The Tournament Halls accommodated over 300 players in total 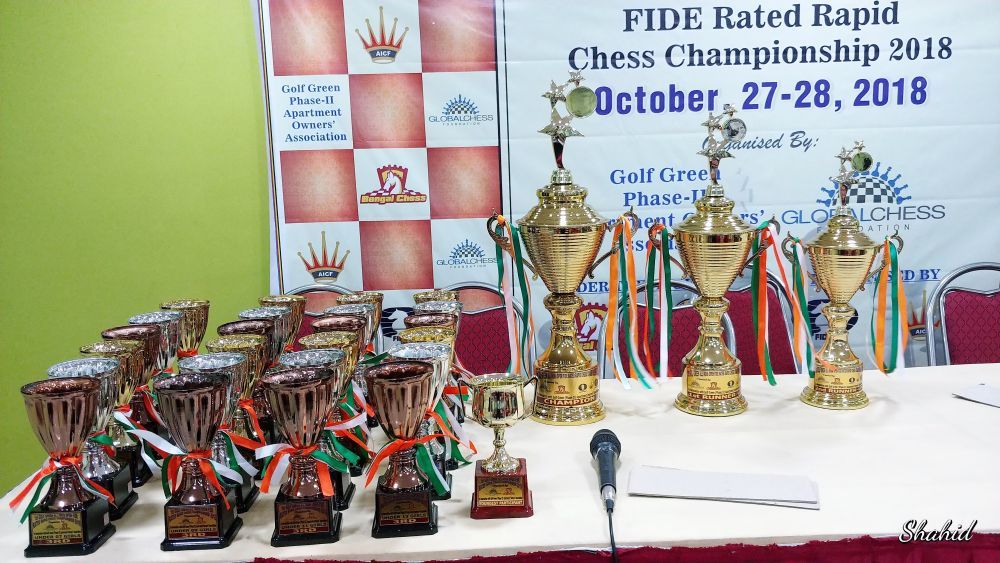 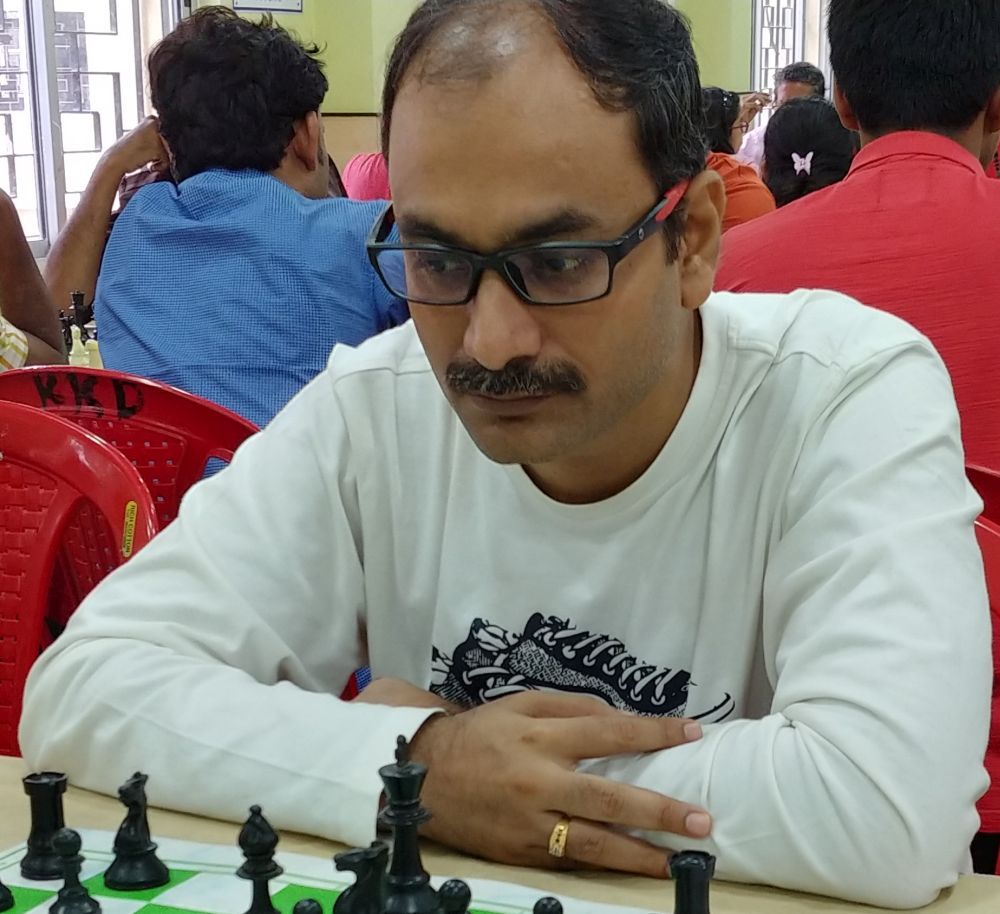 IM Suvrajit Saha, third seed of the tournament, had a forgettable outing as he scored 6.5/9 and finished 32nd 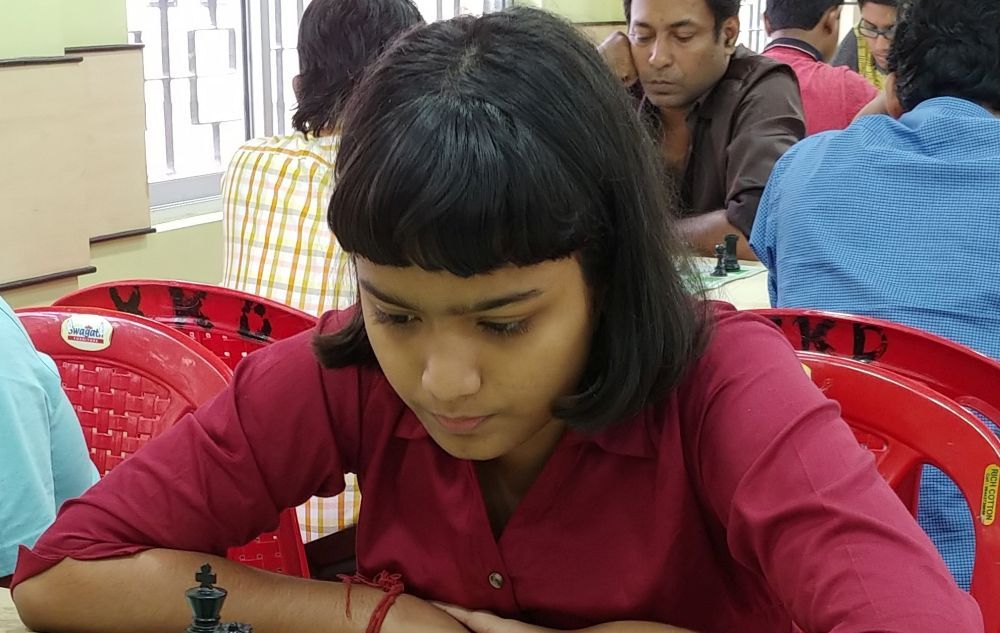 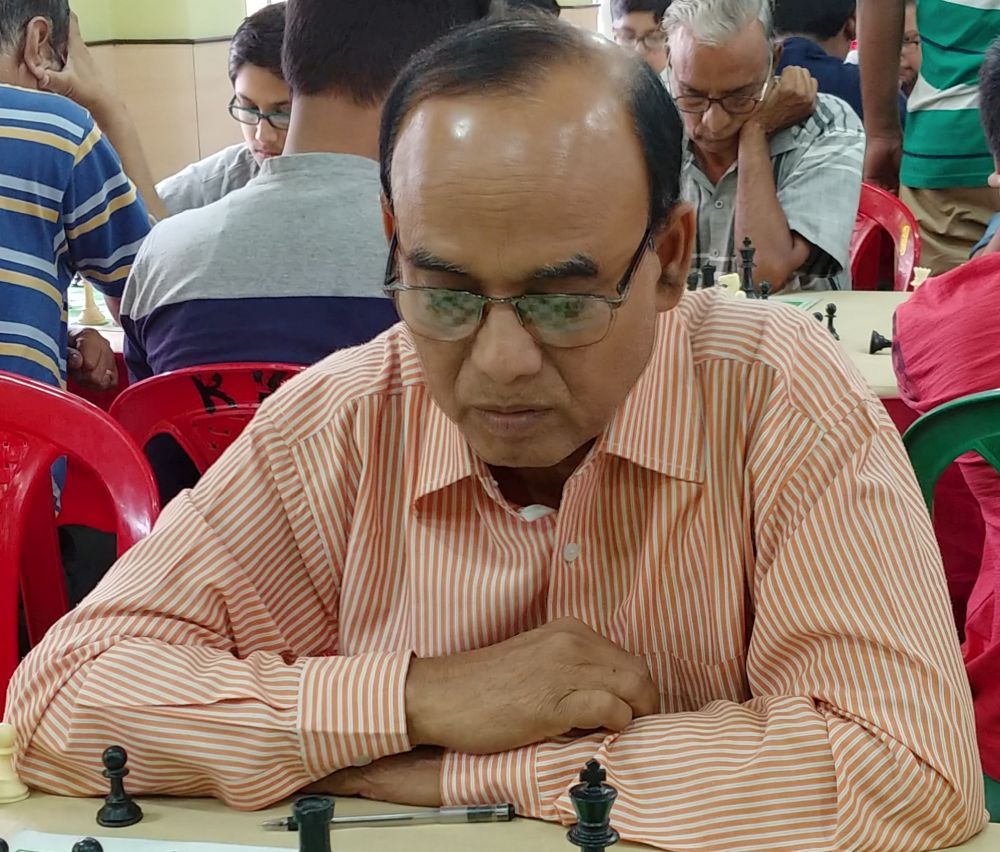 Former state champion, veteran Swapan Mitra made his return to competitive tournament after a long hiatus 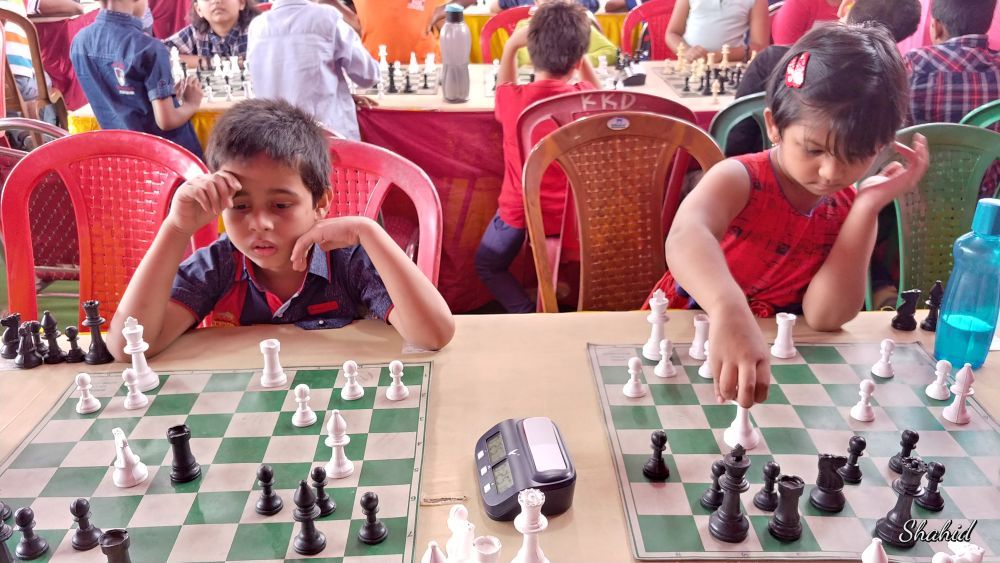 Some kids were also seen in action 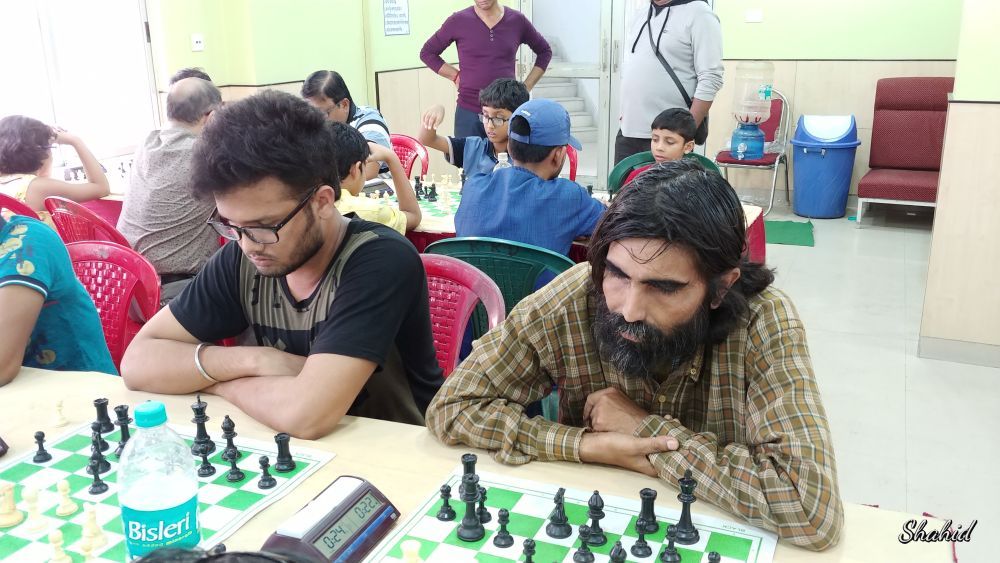 Different hairdos and beards were also seen in action

Final moments: IM Sayantan Das defeated IM Prantik Roy in round 7
Final round game between IM Sayantan Das and GM Diptayan Ghosh
IM Prantik Roy shows the power of Double Bishop
GM Diptayan Ghosh showcases how to win with Rook, Knight and Bishop against Rook and Double Bishop, in the 6th round
All Rook Pawn endings are drawn or is it?
Two Knights can be tricky against a Rook
Former National blitz champion IM Prantik Roy shows how to win in QB ending