We all know that two knights cannot force a checkmate to a lone king, only helpmate is possible. What if a pawn is added to the position, does that change the equation? Harikrishna showcased a beautiful way to score a victory which was seemingly a draw. Sure his opponent, Parham made a few mistakes. However, it was the India no.3's immaculate technique that earned him a full point. It is well-known that endgame is his forte, and once again he showed it to the world. Today is a rest day. Round 5 starts tomorrow Monday 13th June at 3 p.m. local time (6:30 p.m. IST). Photo: Petr Vrabec/Prague International Chess Festival

Harikrishna shares the lead with Liem 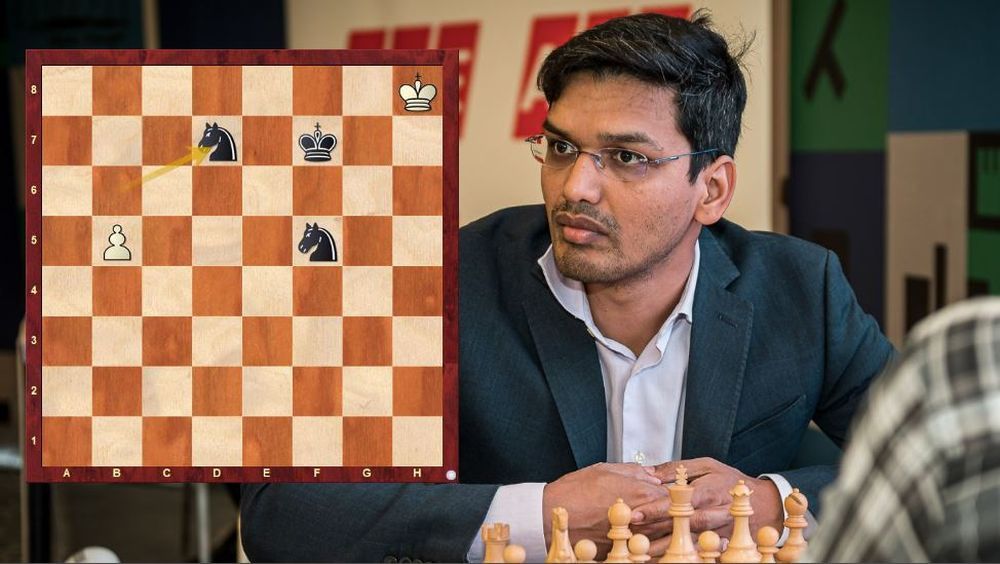 Harikrishna reminded everyone why he is the endgame maestro | Photo: Petr Vrabec/Prague International Chess Festival

Iran no.1 GM Parham Maghsoodloo (2716) had an opportunity to exchange his bishop with Harikrishna's knight in the middlegame. It would not have been the best decision at that moment. Little did he know that the knight along with the other one will play a crucial role in deciding the fate of the game. 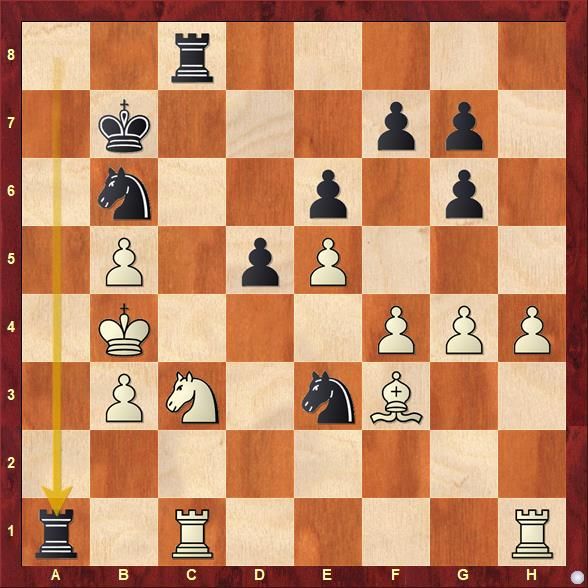 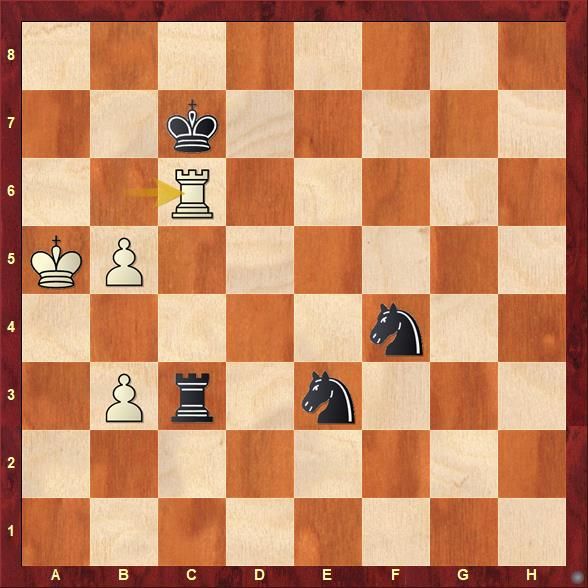 White first gave up his rook to stop the passed pawn at f4, 50.Rxf4 Nxf4 51.Rb6+ Kc7 52.Rc6+ Rxc6 53.bxc6 now this should lead to a draw. However, Harikrishna knew that the White pawns are a liability for the defender and he can squeeze a full point out of it. He showcased correct technique by using his knight to block the pawns' movement 53...Ned5 54.b4 Nb6 55.Kb5 Ne6. Suddenly the white king is forced to go towards black's queenside. 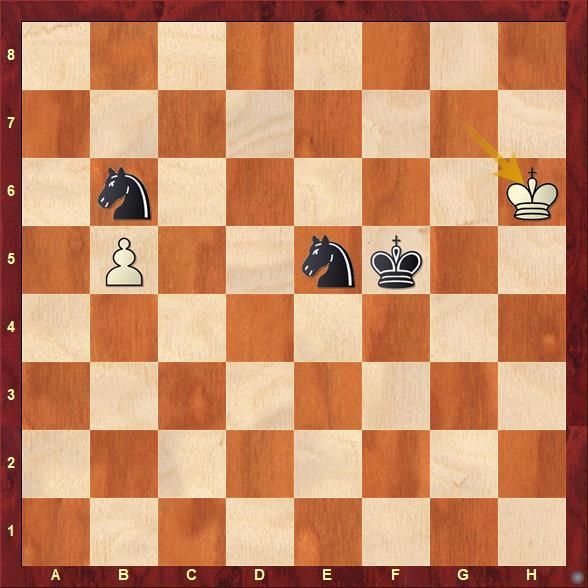 White just walked into a checkmate trap. Black used the technique of doing a checkmate with bishop and knight, minus the bishop. 66...Kg4 67.Kh7 Kh5 68.Kg7 Kg5 69.Kh7 Nf7 allowed White one last chance to save the day via 70.Kg8. He missed it and played 70.Kg7 instead and resigned after four more moves. 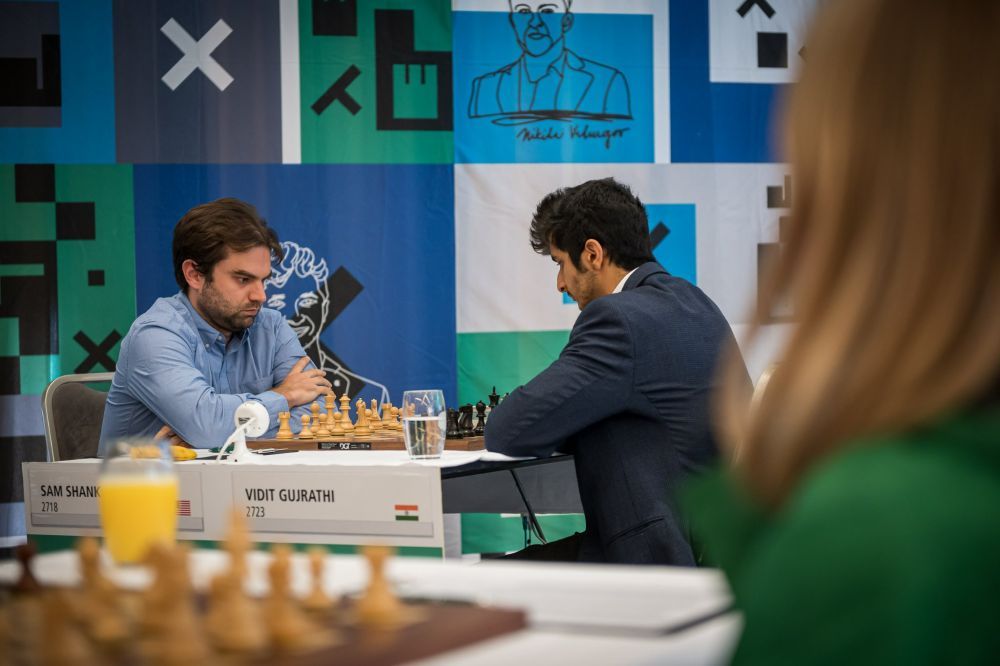 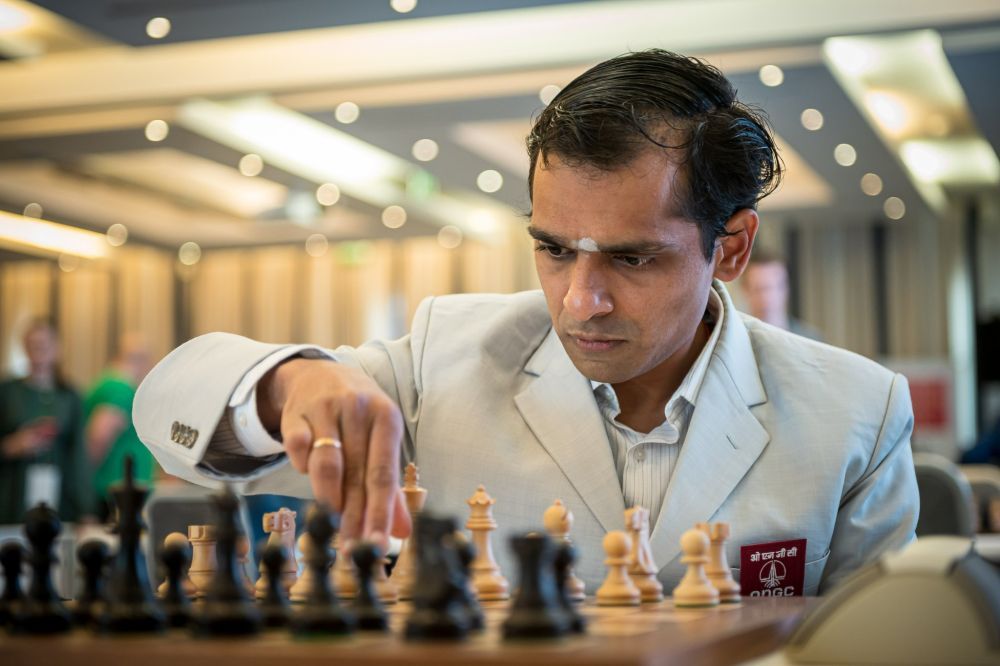