The second game of No Castling World Masters between the legends - Vishy Anand and Vladimir Kramnik ended in a draw. Kramnik started with the English Opening, same as Anand in the previous game. However, this time the queens got exchanged early, and the 14th world champion had an option to go for a different move order while trading a minor piece and creating a passed pawn, but it was not anything substantial. World-famous author and trainer, Artur Jussupow made the inaugural move of Game 2. Check out the analysis of the game by two legends, Anand and Kramnik themselves. Watch Game 3 Live today on ChessBase India youtube channel from 7:30 p.m. IST. Photo: Christian Lünig, Arbeitsblende

The second game in the NC World Masters of the 48th International Dortmund Chess Days was opened by the renowned Artur Jussupow. He has authored many best-selling books and . Jussupow made 1.c4 as the inaugural move for Kramnik.

The second game was a much shorter one. Kramnik went for the same English Opening like Anand did in their first game. "Vishy played 6...e5 very confidently and quickly. So I was sure it's a preparation... That's why I thought if it's preparation, I better do something solid. Maybe of course 7.Nf5 is principled. Normally I would have seriously considered 7.Nf5..." - Kramnik during the analysis of the game. "I will just add that instead of 7.Nf5, a normal line would be 7.Nb5 but then the computer is doing something like this 7...Bc5 8.Nd6 Ke7 9.Nf5 Kf8 and then d6 and this sort of thing." - Anand opined. 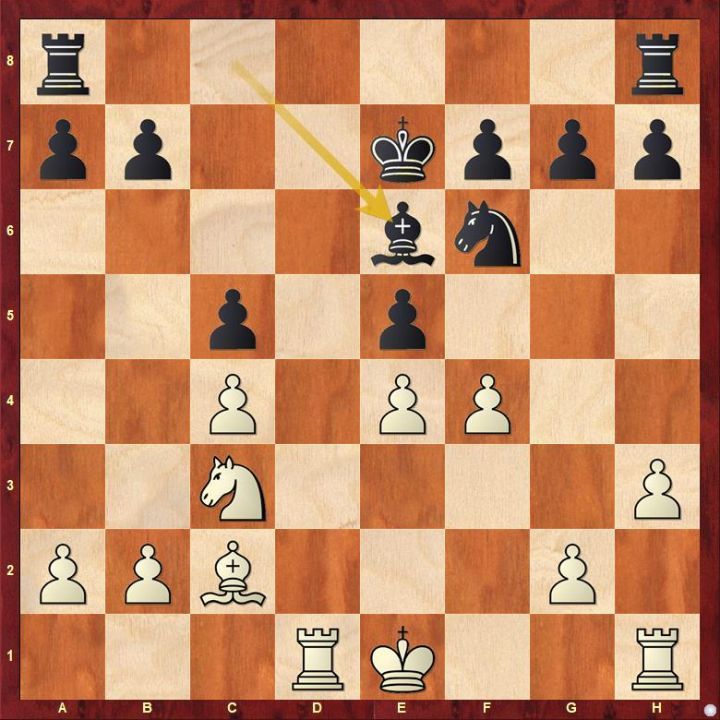 The computer says here, white should go 17.Nd5+ first instead of taking on e5 first as that gives white a slight edge. Check out the complete analysis by the legends in the video below. 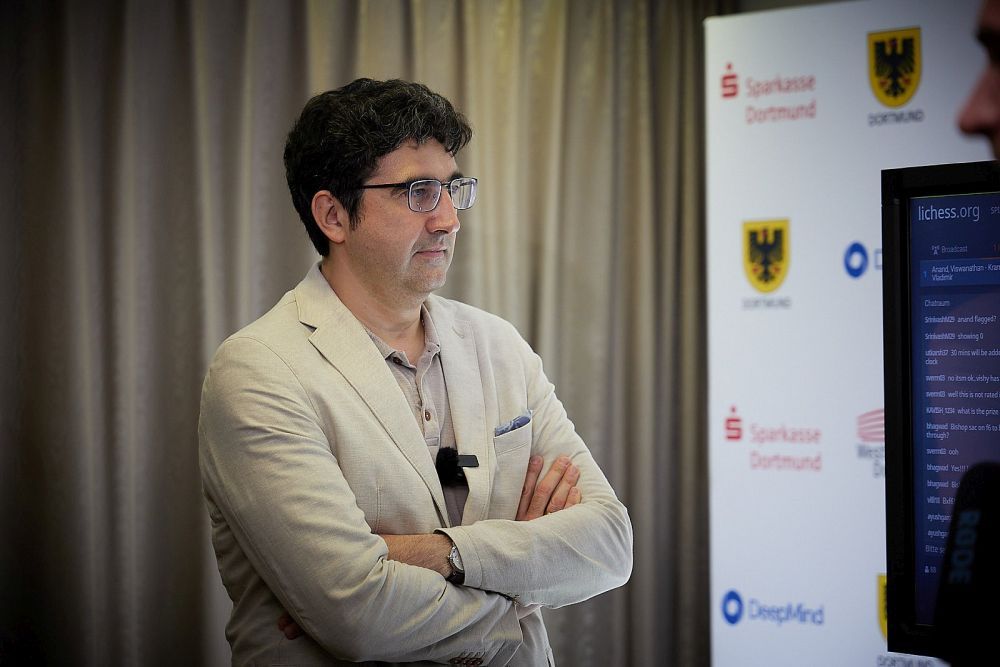