Magnus Carlsen: "India is going to be the strongest chess country in the world"

The GRENKE Chess Classic came to a close on Monday evening with Magnus Carlsen dominating the field once again. Carlsen scored 7½ points out of his nine games and remained a point and a half ahead of his nearest rival. After his final round victory, Aditya Pai, who was present at the venue, caught up with the world champion to talk about his latest achievements, his thoughts on the upcoming Fischer Random world championship and his views on Indian chess and the potential of young Indian players.  "I’ve said already a few years ago. India is going to be the strongest chess country in the world and I see no reason to go back on that" is what Magnus had to say!

Getting an interview scheduled with Carlsen is never easy. Being the World Champion, he is surrounded by journalists and news reporters. At the Grenke Chess Classic 2019, things were no different. It was wonderful that after winning his final round against MVL, Magnus was able to spend some time with the author of these lines to speak about his current form, secret of tremendous stamina and most importantly what he thinks is the future of Indian chess.

Aditya Pai (AP): First of all, congratulations on your third straight super tournament win this year. Tell us your immediate thoughts on having won the GRENKE Chess Classic.

Magnus Carlsen (MC): I am delighted about the result. I had actually kind of dreamed of having such a result after having won the first three games. But after three draws (in the next three rounds), I thought it would be very tough and I never imagined that it would be this way in the end. 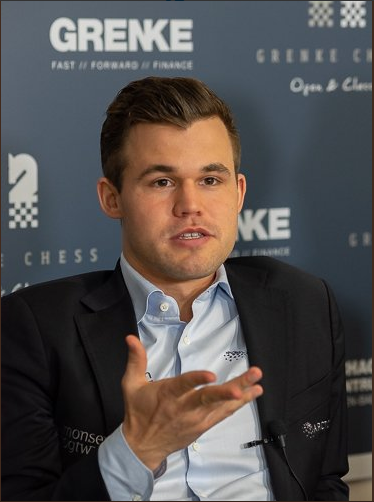 AP: This year has been amazing for you with wins at Tata Steel and Shamkir Chess prior to this. Do you see this as your rise back to the Magnus of 2013?

MC: (laughs) I would say, I certainly haven’t had a run like this since 2013. I think the quality of my play is very good now. It was also good back then but now it’s a bit richer. But, in general, I don’t want to compare. I am just very, very happy to be playing well.

AP: You’ve played some very long games in this tournament. And this comes just days after a full classical event in Shamkir. What’s the secret to your stamina?

MC: I don’t know (smiles).  I felt very tired here at the halfway point. There is no hiding that. I was really struggling in a lot of games. But I managed to pull through a bit at the end.

Today, I was a bit tired as well. But fortunately, he (Maxime Vachier-Lagrave) made a mistake early on. Somehow, I also simplified my decision making in the last few games. I didn’t think too much. I just played more on intuition and tried not to labour too long over decisions. 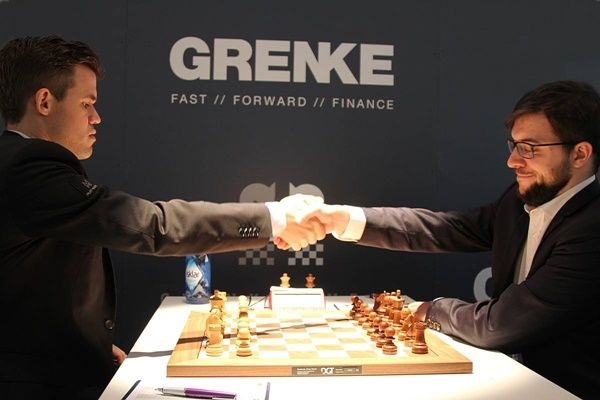 Magnus defeated Maxime Vachier-Lagrave after the latter incorrectly sacrificed a pawn out of the opening | Photo: Georgios Souleidis

AP: What sets you apart from the rest of the chess elite?

MC: I leave that for them to worry about.

AP: Some days ago, FIDE announced the first official Chess960 world championship. Are you excited to play there?

MC: I am very happy that the Fischer Random (960) world championship is now official. I don’t think too much about it being a world championship. I just enjoy playing against the best in the world with a fresh position every time.

AP: It’s no secret that you’ve single-handedly popularized chess in Norway. Do you see any similarity between how you have inspired your countrymen and what Vishy has done in India?

MC: I think there are similarities for sure. I just wish that my success would lead to more of what you have in India – with all of this amazing young talent. We still have a long way to go there. But I am excited about the enthusiasm for chess in Norway and I am also very happy to see how great the Indians are doing. 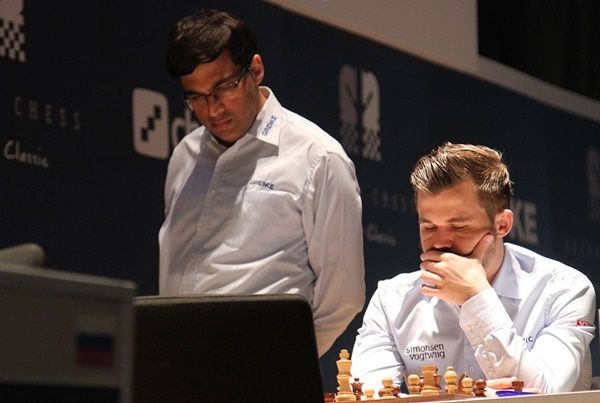 Like Vishy, Carlsen has played a pivotal role in popularising chess in Norway | Photo: Georgios Souleidis

AP: About that, apart from Vishy, you have also played some other Indian players like Vidit, Nihal etc. What do you think of the potential this new wave of young Indian players holds?

MC: I’ve said already a few years ago. India is going to be the strongest chess country in the world and I see no reason to go back on that. There are just so many fearless young players. It just remains to be seen who will take the step up to the very highest level. But yeah, there is no doubt that India will have many, many top players in – at the very least – top ten, in a few years.

AP: Many Indians fans considered Pentala Harikrishna’s play similar to yours, especially when he won four straight games from rounds 3-7 at the Shenzhen Masters. Did you get a chance to see any of his games?

MC: Yeah, he definitely played brilliantly; the way he converted small advantages was extremely impressive. I can see the similarities there. He is somebody who has become a lot better in the last few years. We’ll see where he will be. 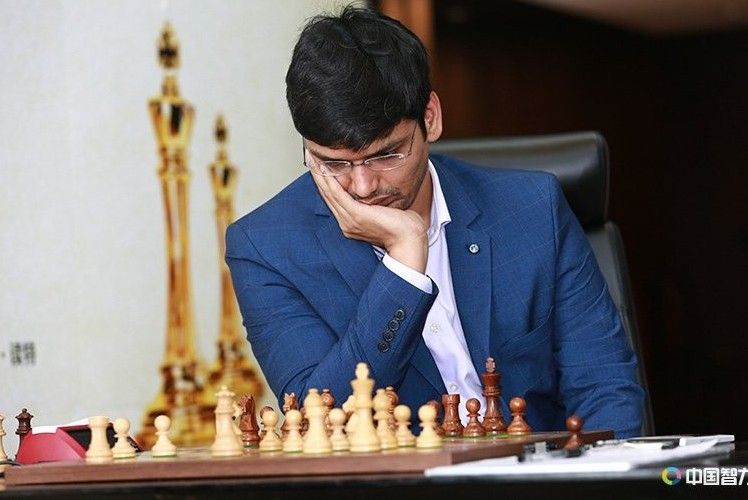 AP: Anytime we can see you play in India again?

MC: Yes, I will be playing in Kolkata, at the Grand Chess Tour in November. So yeah, I will definitely play in India later this year.

AP: Lastly, what is your opinion of ChessBase India? Do you follow our news page sometimes?

MC: (laughs) I wouldn’t say I am the best follower but I have seen some articles and I will do so in the future as well.

This article was originally published on the popular online newsportal Firstpost