NR Vignesh was the sole leader of the tournament going into the final round of the 1st Gujarat Grandmaster Open. He had played phenomenally throughout and his tiebreak was good enough for him to afford a draw in the last round to take the title prize. But the young IM from Tamil Nadu was unable to keep strong nerves in the finale. Against Martyn Kravtsiv, the tournament's top seed, Vignesh lost his only game of the event and had to content himself with the second place as Kravtsiv overtook him in the final standings. IM Stany GA, after losing his previous two games, came back strongly with a win over GM Vadim Malakhatko and took the third place.

Kravtsiv makes it back to the top

The 1st Gujarat International Grandmaster Open came to a close on Friday and what an event it has been! After 10 power packed rounds, the top seed of the tournament, Martyn Kravtsiv took the title, beating overnight leader Vignesh NR.

Having lost to Stany, Kravtsiv was half a point behind Vignesh and had to win at all costs if he wanted to bag the title prize. With an almost 200 point rating advantage over his opponent and the white pieces in hand, this looked very possible. On the other hand, Vignesh had not lost a single game so far and had also beaten some very strong grandmasters in the fray. So pushing too much could easily have backfired.

In the game, Kravtsiv drifted away from a main line Sicilian with 3.Bb5. Vignesh came out of the opening fine but a pawn break in the centre lost him a pawn on the 26th move. After the game, Vignesh said that he had simply overlooked the fact that he would lose a pawn in the variation. The position, though, still remained equal. 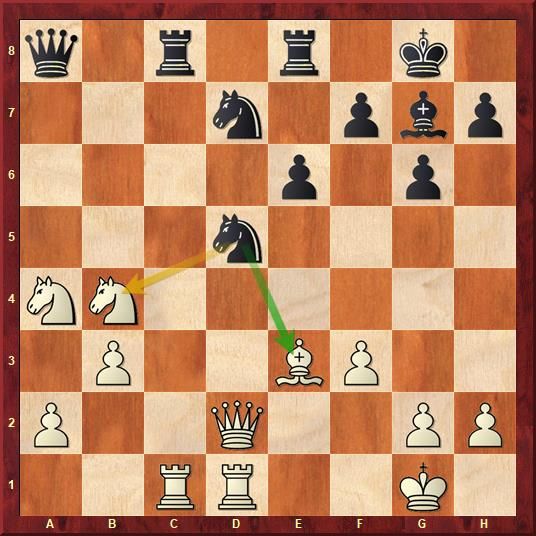 Vignesh simply hacked off the b4 knight here with 26…Nxb4 and remained significantly worse. However, IM Anup Deshmukh noted after the game that taking the bishop on e3 would have given Vignesh a much better chance of putting up a stiff resistance. “Due to the absence of white’s dark-squared bishop, black keeps good chances of holding the position,” IM Deshmukh added.

Vignesh, however, simply collapsed after this. In an attempt to get some counterplay, the International Master from Tamil Nadu gave up another pawn. After the initial fireworks had fizzled out, Kravtsiv liquidated into a queen endgame where he had two extra pawns. Vignesh had no compensation or counter play against this and decided to resign on his 48th turn. 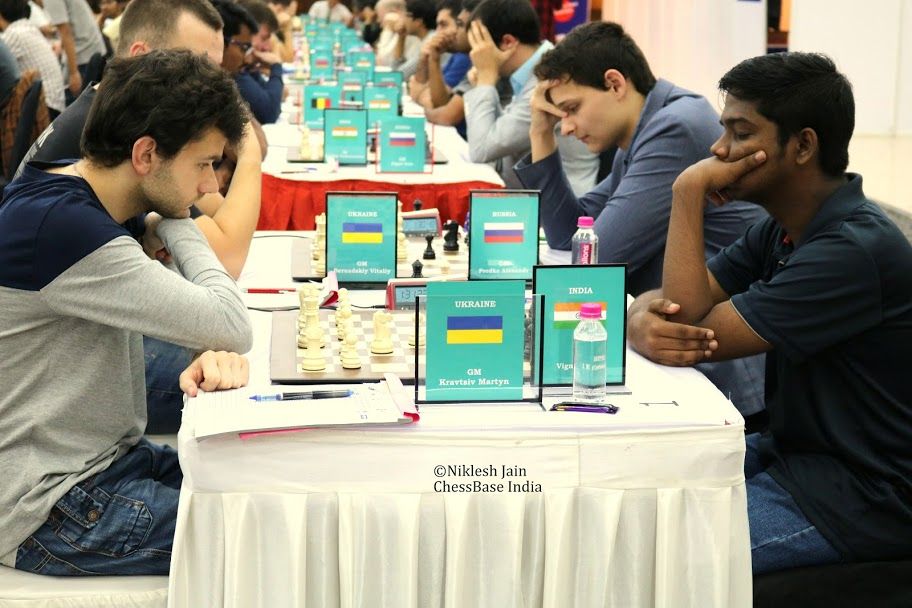 Vignesh lost his first game of the tournament to Martyn Kravtsiv in the final round | Photo: Niklesh Jain

In the board three encounter between Karthik Venkataraman and Ivan Popov, the former came up with an early novelty in the Reti Opening. Popov gave up his light-squared bishop for white’s f3 knight and broke white’s pawn structure on the kingside but a further exchange of minor pieces only led to an equal heavy piece endgame within 20 moves of play. The game soon liquidated even further to a rook and pawn endgame. Both sides created passers on the queen’s wing but it was pretty clear that neither pawn would score a touchdown. By the 36th move, players drew by mutual agreement. 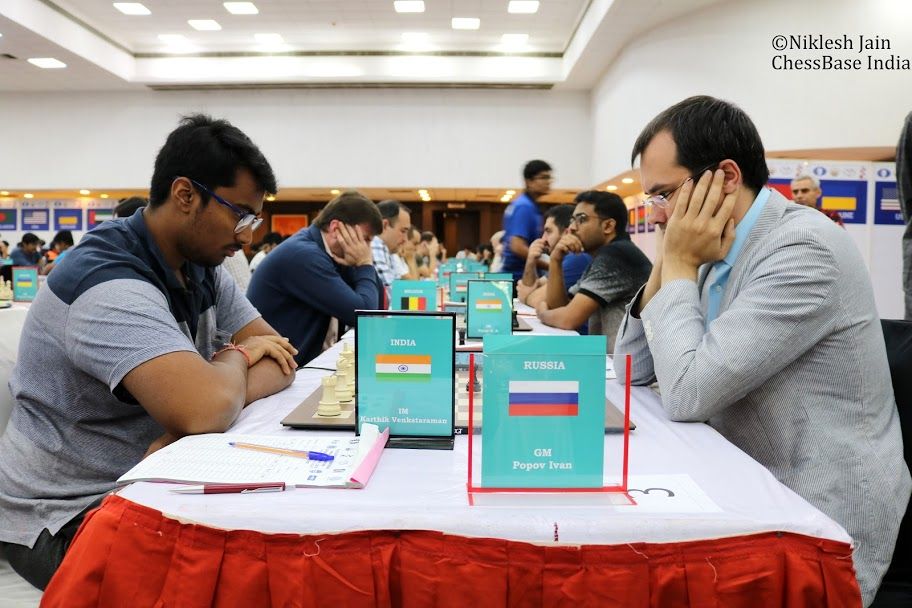 After two back to back losses, IM Stany GA scored a win in the final round over Belgian GM Vadim Malakhatko to secure third place in the overall standings.  Stany had the black pieces in an English Opening. The game got extremely sharp in the middle game and, in the end, Stany managed to come out on top.

Right out of the opening, Stany had a strong initiative. Errors on both sides changed the evaluation of the position multiple times before Stany got the edge once again. Malakhatko tried to remain in the game by giving up his queen but further mistakes on his part ended the game in Stany’s favour. 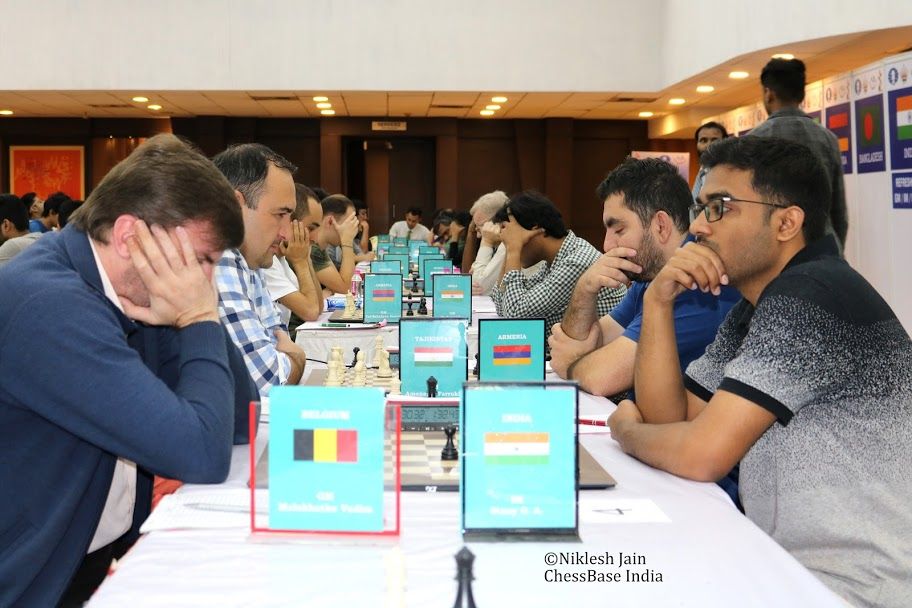 Stany GA finished third after his win over Vadim Malakhatko in the final round | Photo: Niklesh Jain

In some of the previous reports, it had been mentioned that GM Lalith Babu had been suffering with terrible form in this tournament. But in his final round game against Rakesh Kumar Jena, the Grandmaster from Andhra Pradesh made, perhaps, the worst blunder of his career. 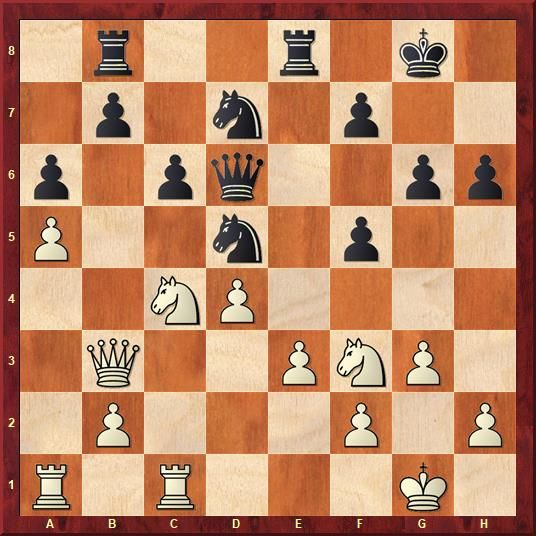 A fairly balanced position had been reached after 19 moves of a Queen’s pawn game. But believe it or not, Lalith Babu made a terrible finger fehler here and played 19…N7f6?, leaving his queen en prise!! White, of course, accepted the gift instantly and Lalith Babu resigned immediately. This unfortunate blunder just reinstates the fact that Grandmasters too are humans and are not immune from making simple errors on their worst days. 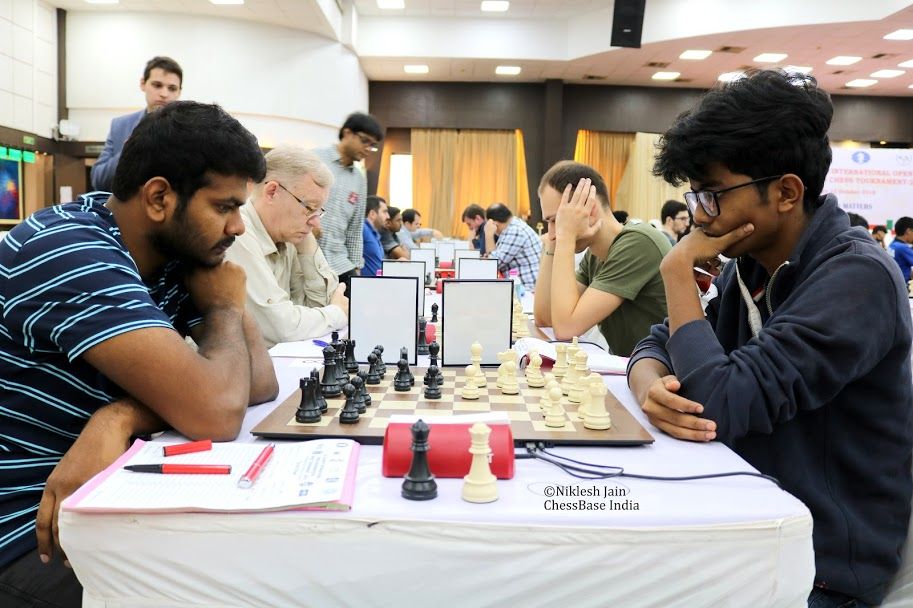