When you are playing the penultimate round, a good result can place you in a very pleasant situation in the final round. Hence, a lot of players try to overpush. This ambitious attitude in chess is very double-edged. Sometimes you are rewarded with a win and you feel like you took the right call, but sometimes you lose the game and that's when you promise yourself to be more objective from next time onwards. At the 1st Goa International Open GM chess tournament two players faced differing fortunes for trying too hard. Karthik Venkatraman won his game Neverov and moved to joint lead, while Bernadskiy overpressed a bit too much and lost his game to Sergey Kasparov. Illustrated report with pictures by Niklesh Jain Amruta Mokal. 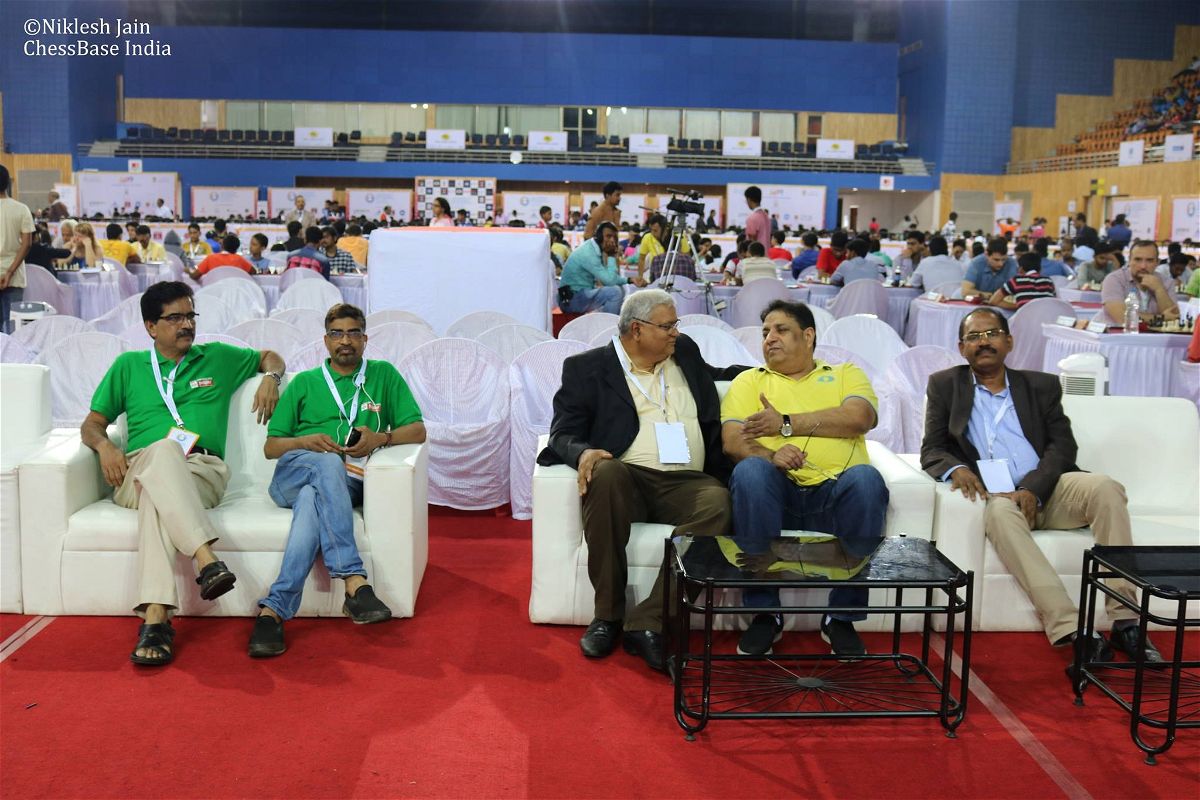 AICF Secretary Bharat Singh Chauhan visited the venue at the start of the ninth round | Photo: Niklesh Jain 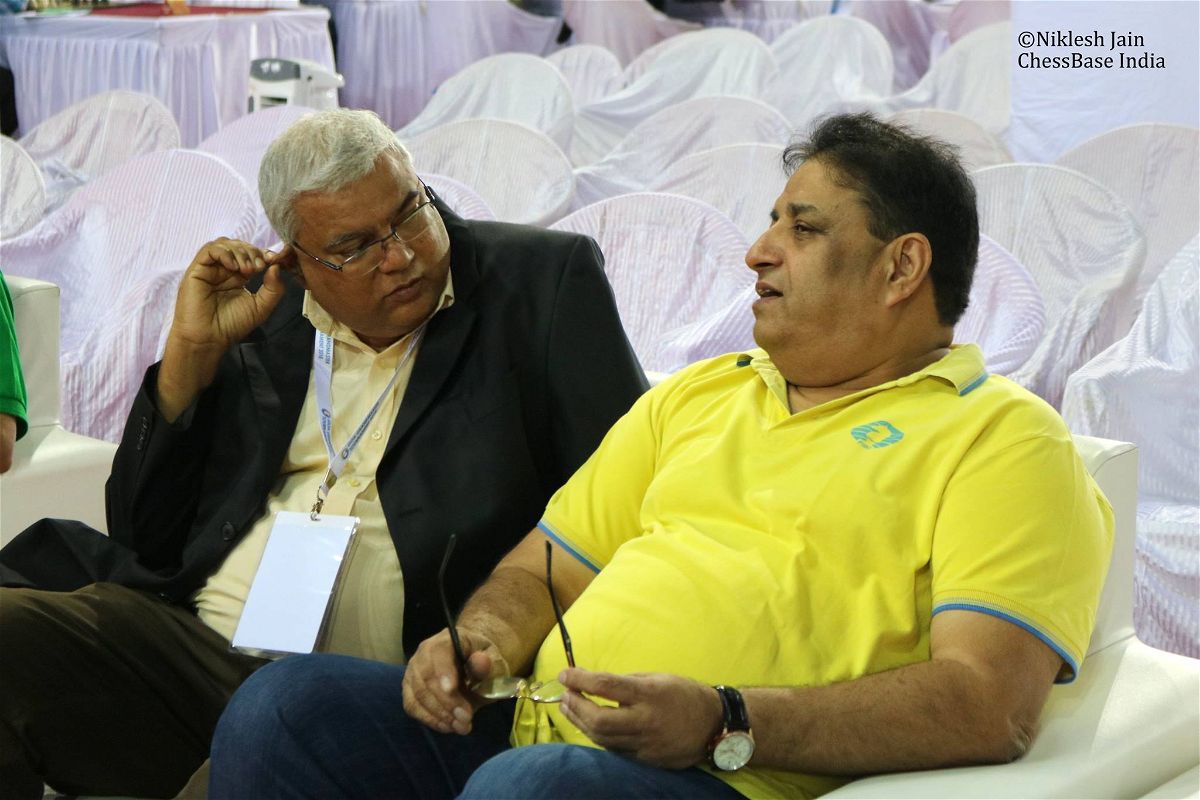 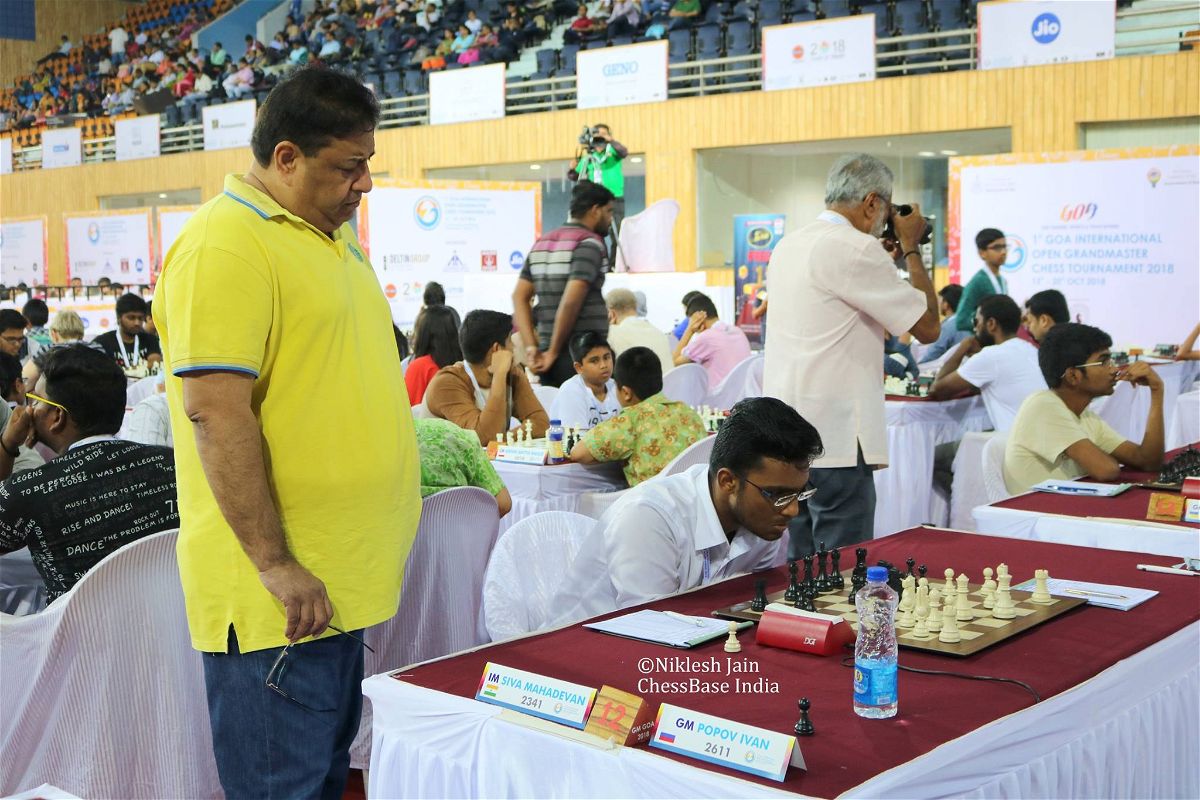 This is for the first time in the history of Indian chess that we have the live video of not just the commentator but also the playing hall along with game analysis board! Enjoy the commentary and do let us know your feedback in the comments section below. 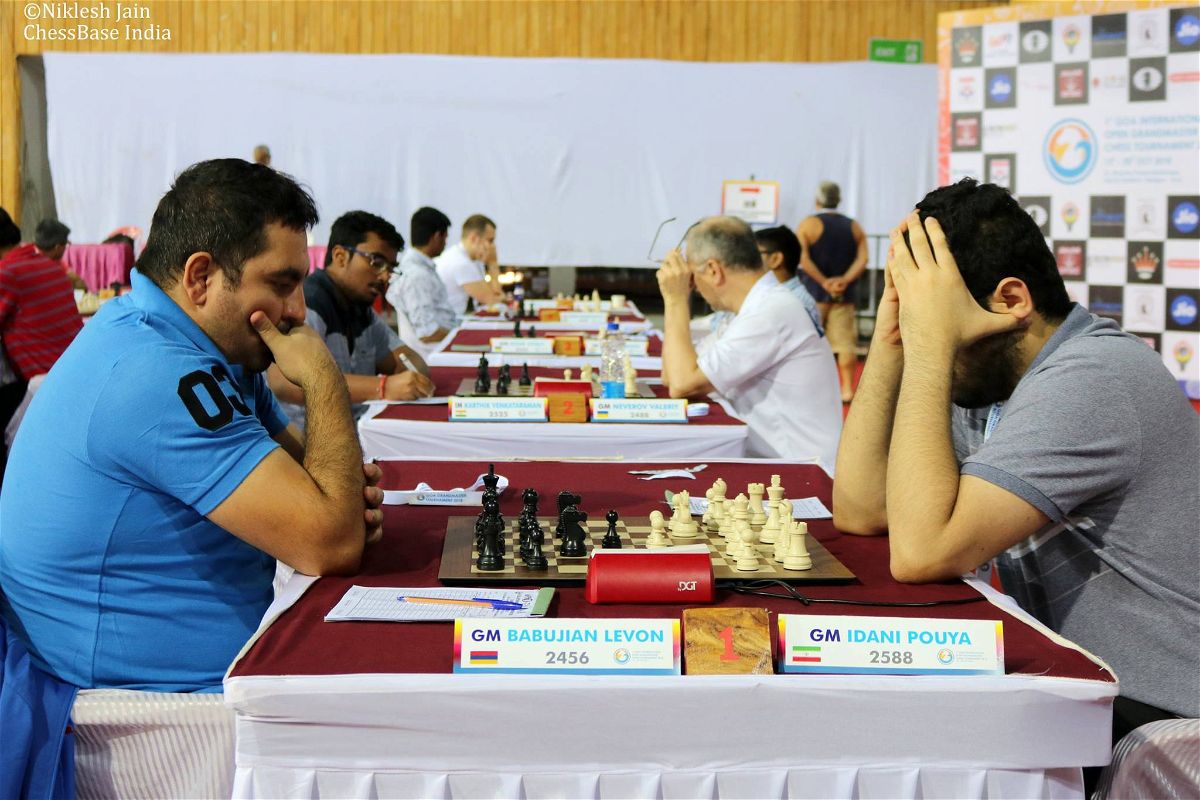 On the top board Idani Pouya missed many wins and drew his game against Levon Babujian | Photo: Niklesh Jain

Chess is a tricky game. When you are playing a crucial round, you will often face a situation where you have to decide whether you should take a draw or play ambitiously. A lot of things are at stake and a lot of factors to consider before making the leap. In the ninth round Vitaliy Bernadskiy got his hands burnt playing against Sergey Kasparov and being too ambitious, on the other hand Karthik Venkatraman was rewarded for taking risks by winning his game against Valeriy Neverov. What is the correct approach? If you were to ask me I would tend towards being more objective, but then there are so many factors in play that it is simply impossible to stay objective and just look at the position and take such a decision. 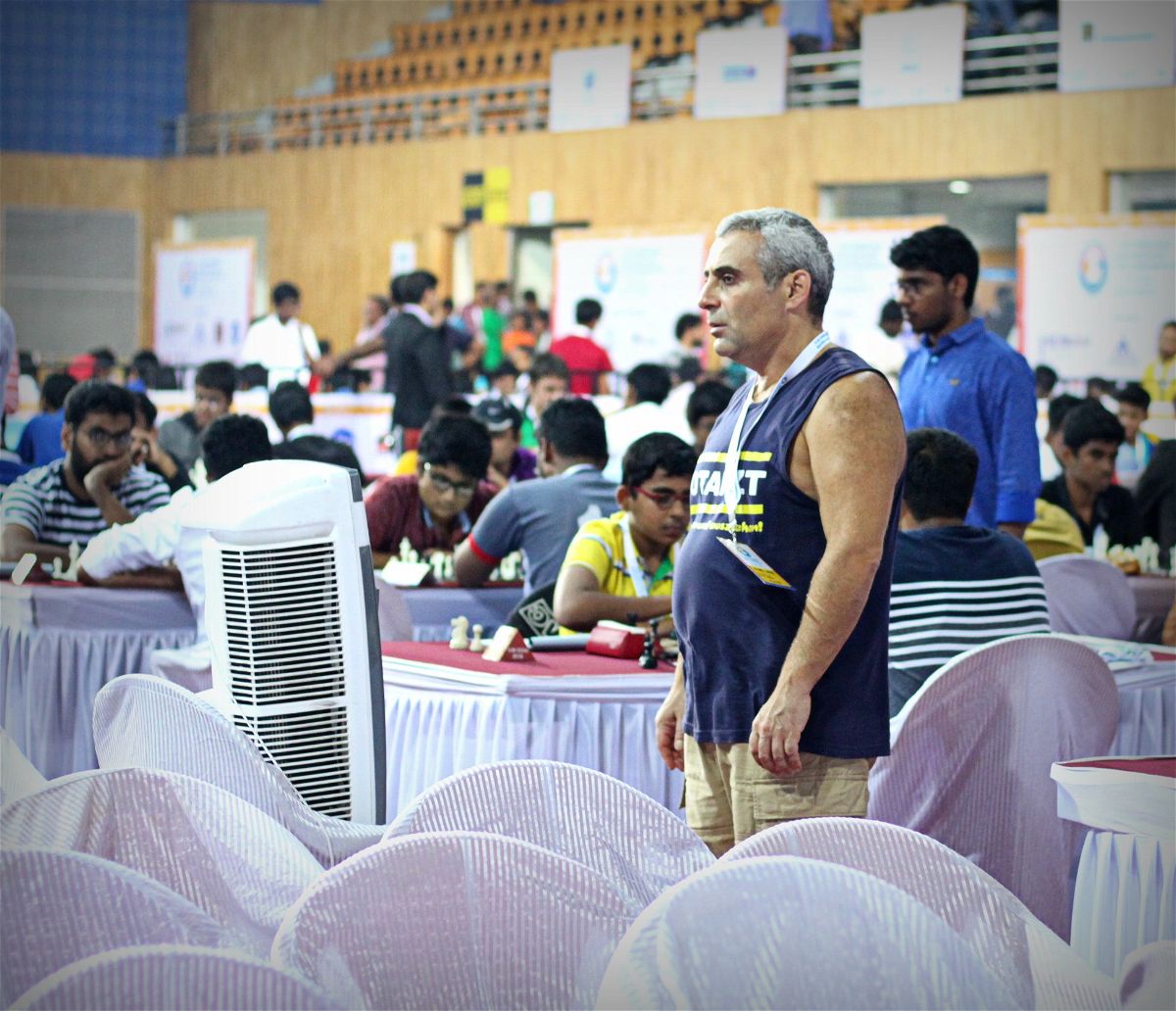 The Goan heat is strong, but Sergey Kasparov maintained his cool and won against Bernadskiy! | Photo: Niklesh Jain 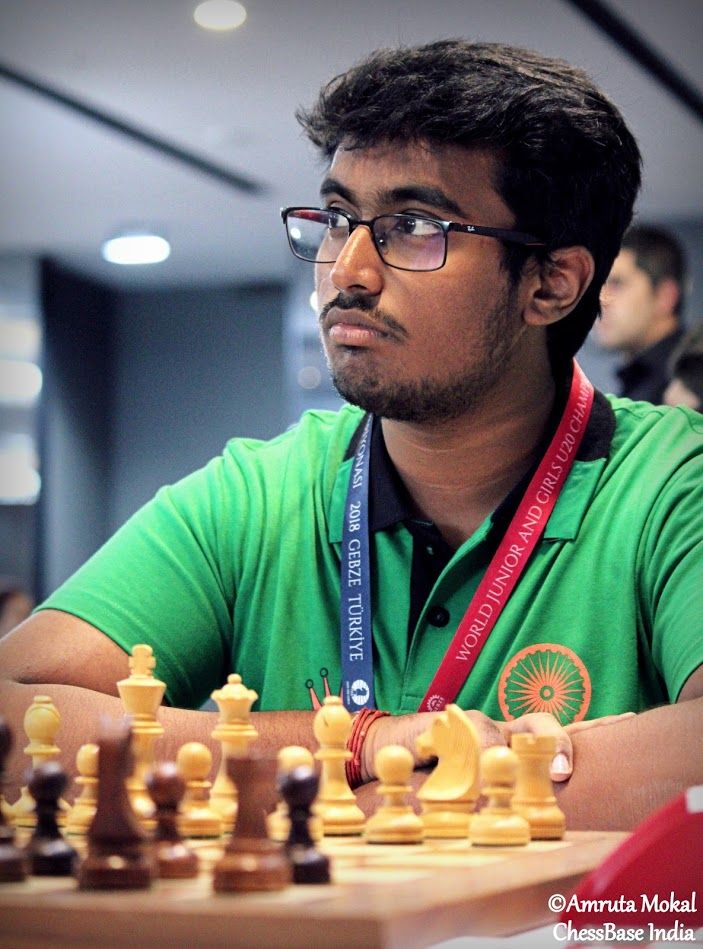 Karthik Venkatraman was ambitious and got the full point by beating Valeriy Neverov | Photo: Niklesh Jain 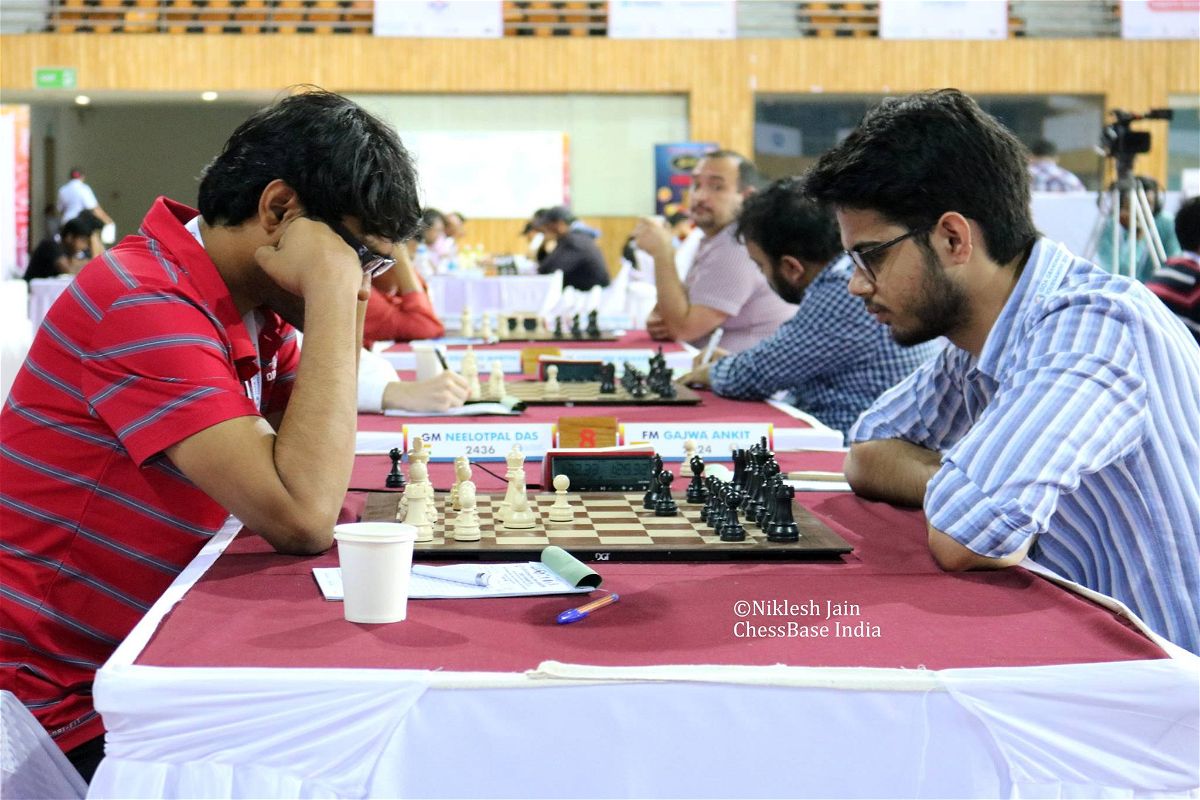 Ankit Gajwa's dream run of 6.0/7 was halted with two losses in rounds 8 and 9. In the ninth round he lost to Neelotpal Das. | Photo: Niklesh Jain 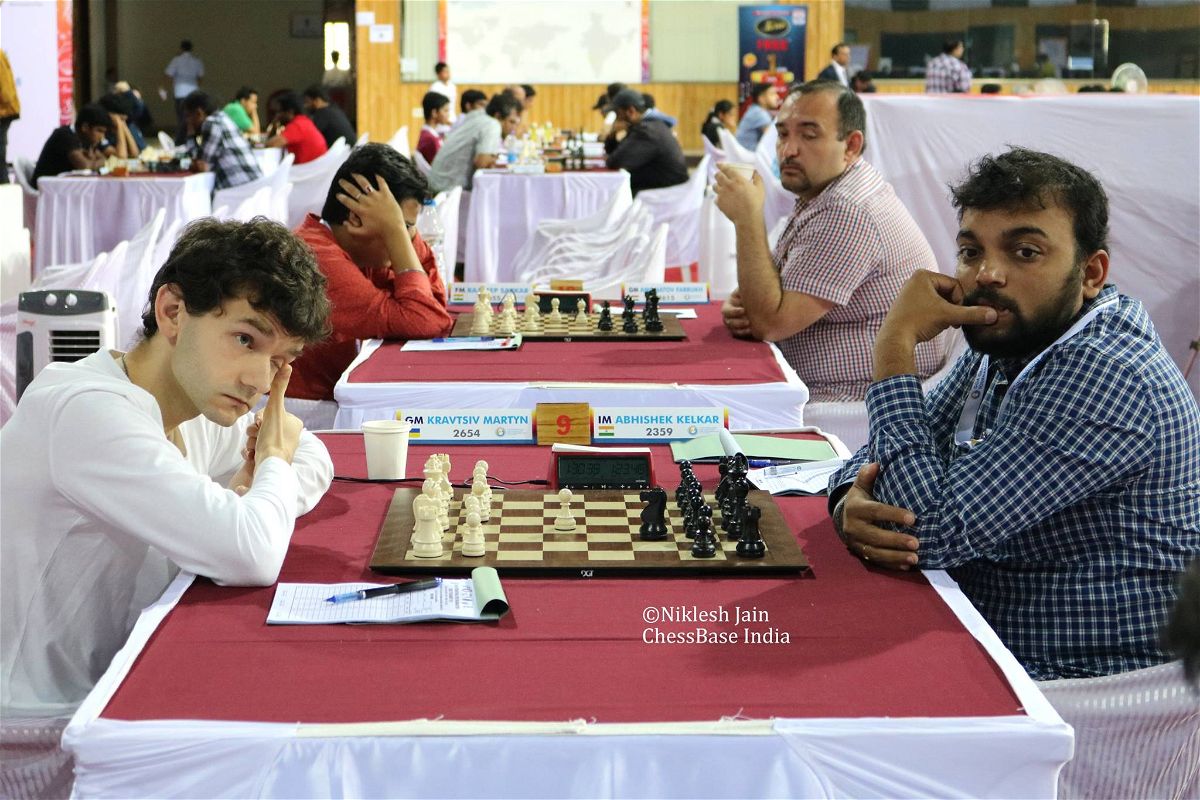 Martyn Kravtsiv beat Abhishek Kelkar, but with 6.5/9 he is already out from the first place race | Photo: Niklesh Jain 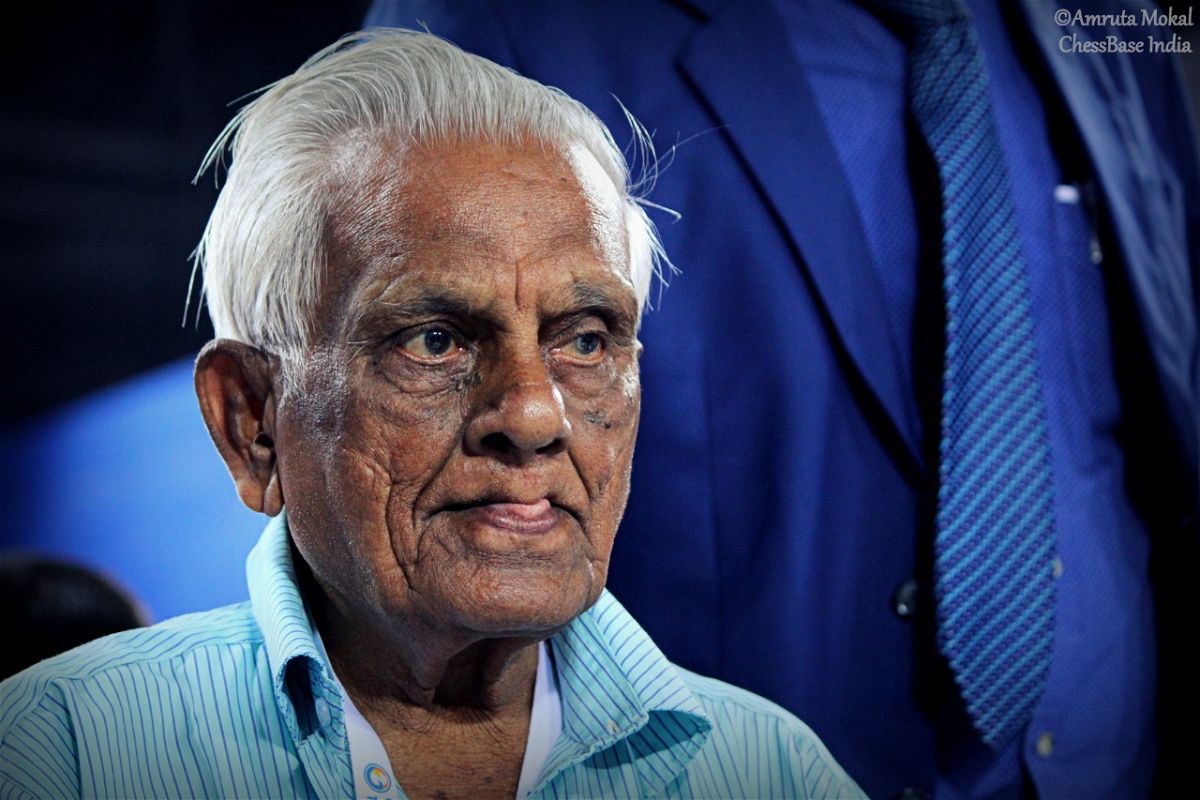 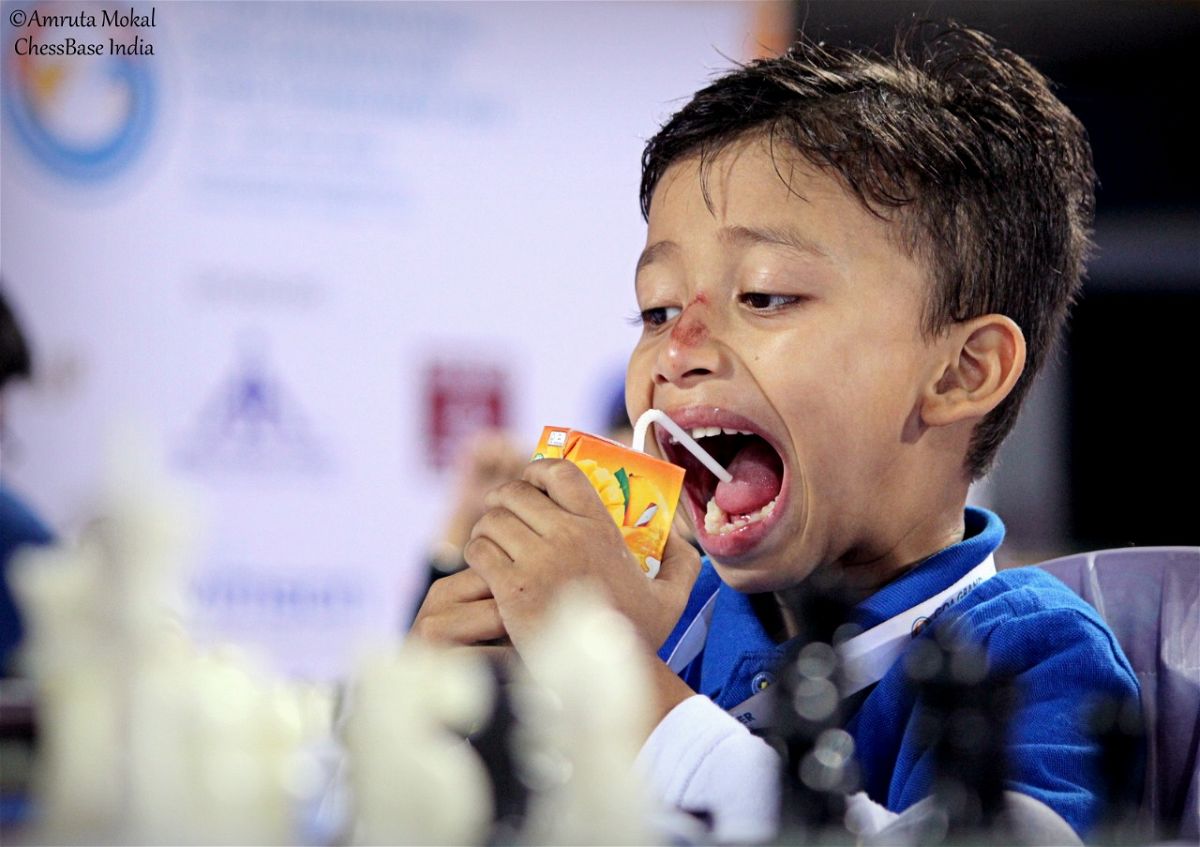 Mangoes are meant to be eaten, not to be pulped and put inside a box! 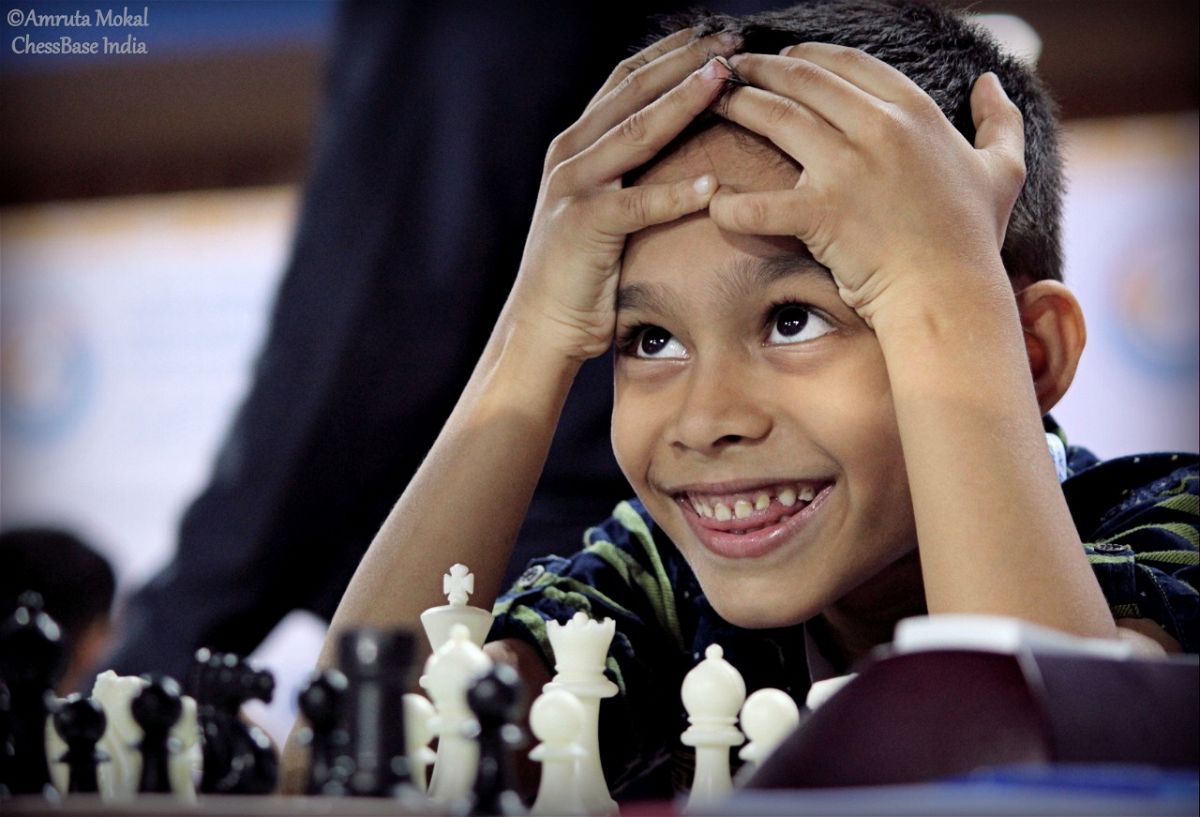 The "I found a great idea" look! 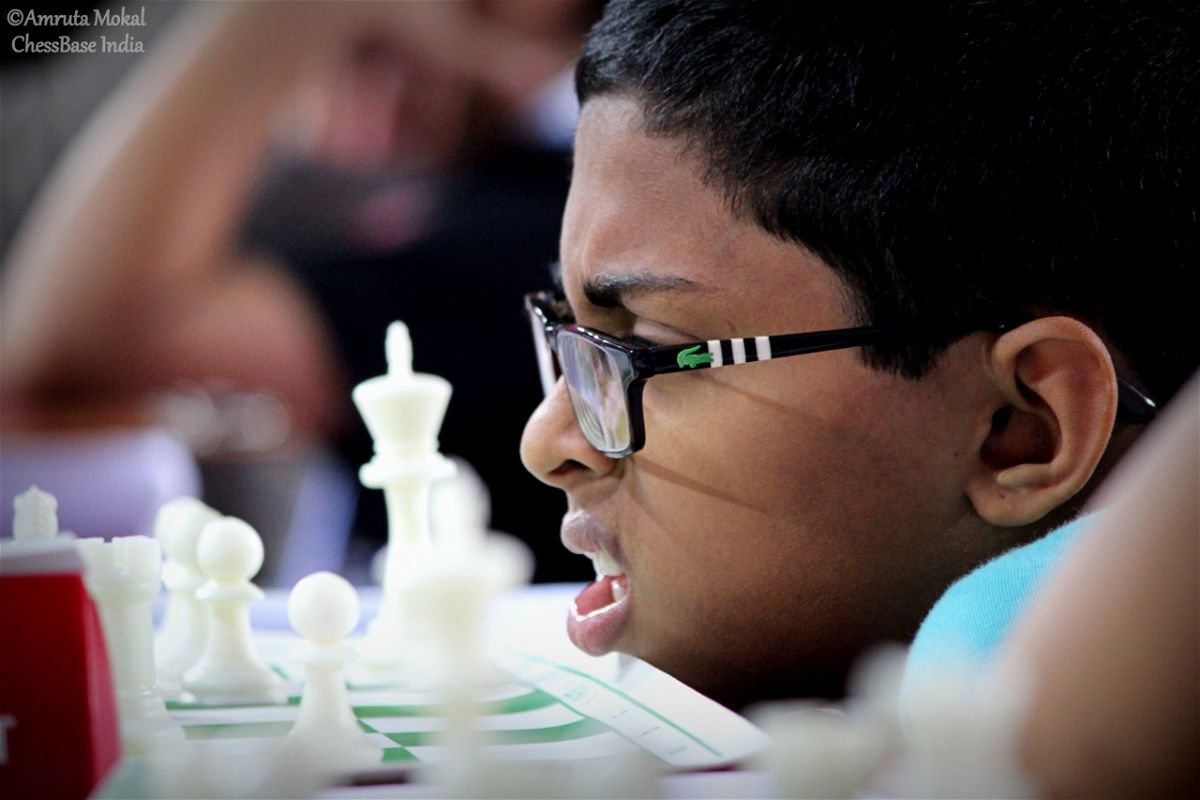 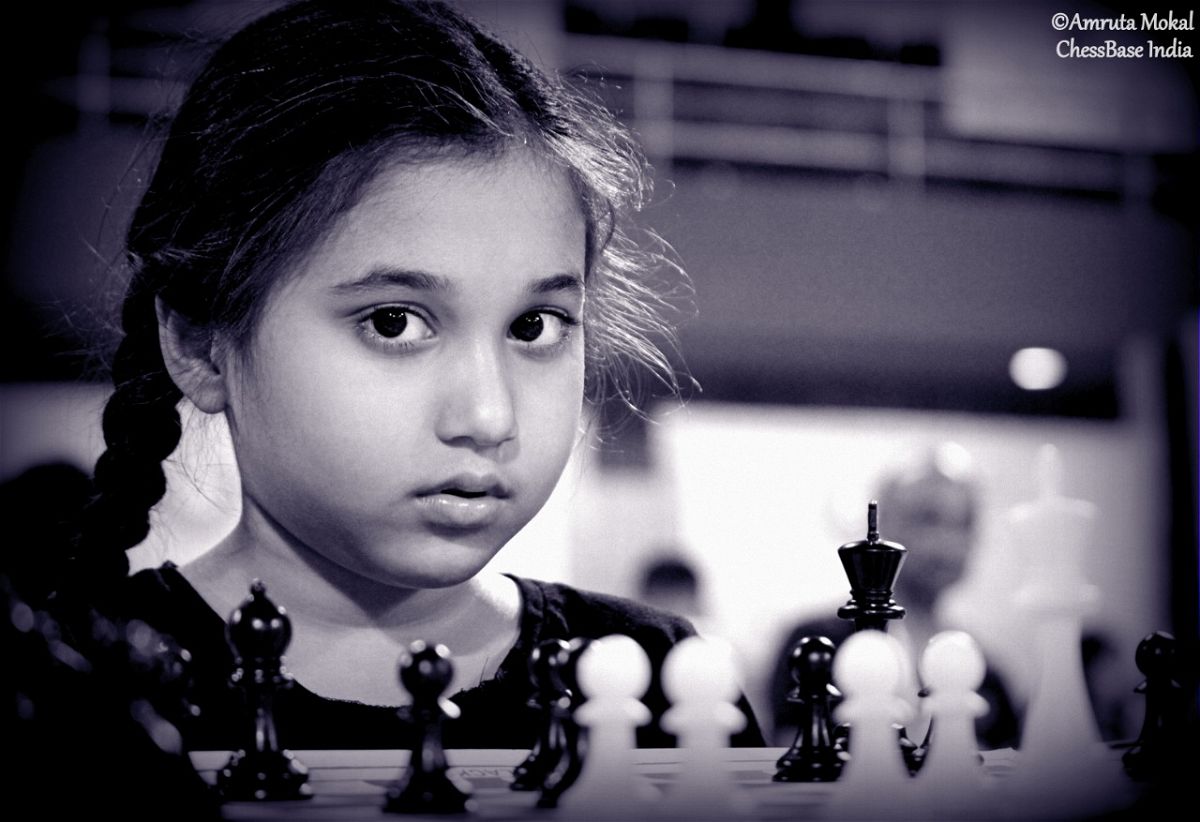 "It's not fear! It's just that I don't like to smile in between the game!" 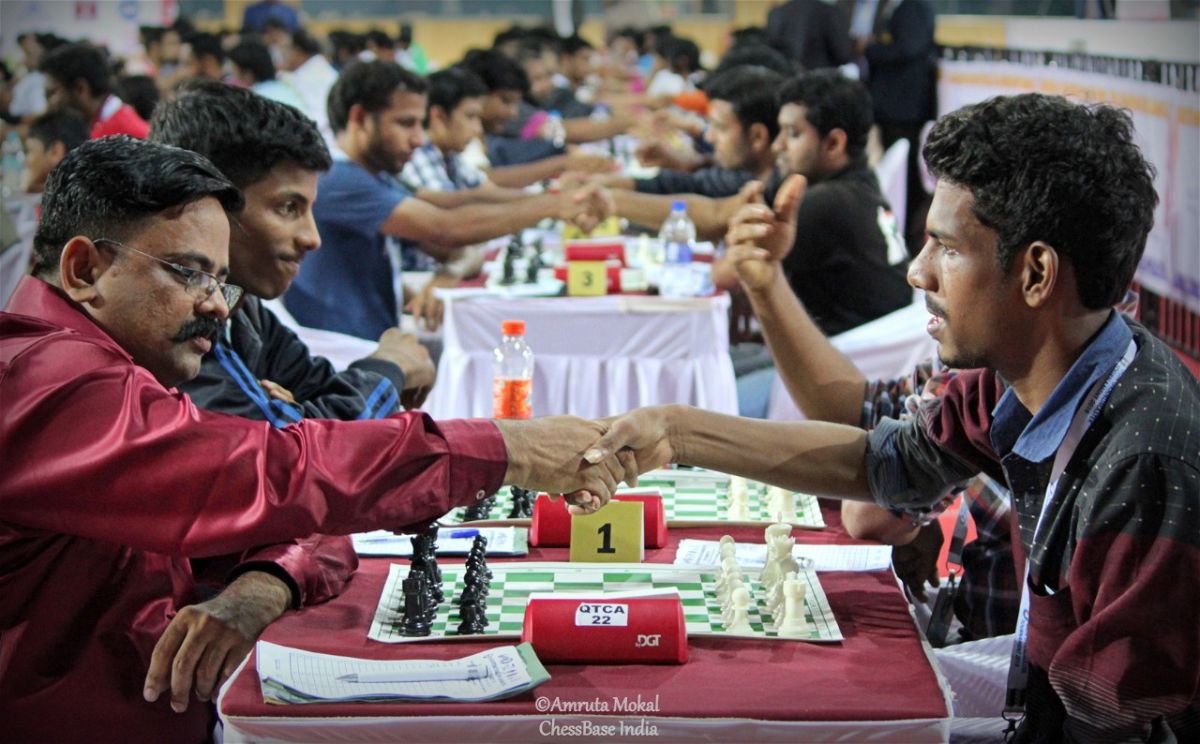 Prasath KR (left) is the leader in the C-group with 8.5/9. He was also the coach of Aravindh Chithambaram in the first few years when the youngster was growing up!
The final moments of Prasath's last round win and interview with him after his victory!

Ranking after round 9 - C group

Watch the games of A-category live

Round 1: No less than Batumi

Round 2: 6-year-old prodigy and 12-year-old Veteran

Round 5: Who said GMs and IMs do not blunder

Round 8: An Iranian, an Ukrainian and an Armenian