Covid-19 pandemic has drastically reduced the number of over-the-board tournaments. However FIDE continues to evolve and adapt to changing circumstances. In one of the firsts, FIDE announced about the first edition of FIDE Online World Corporate Championship which will take place online between 19th and 21st February 2021. This will be a good opportunity for corporates to increase team bonding, sense of belonging to their workplace and a chance to showcase their talent among friends, coworkers and peers. Check out the regulations to know more about eligibility, schedule, prizes and all details. Photo: FIDE 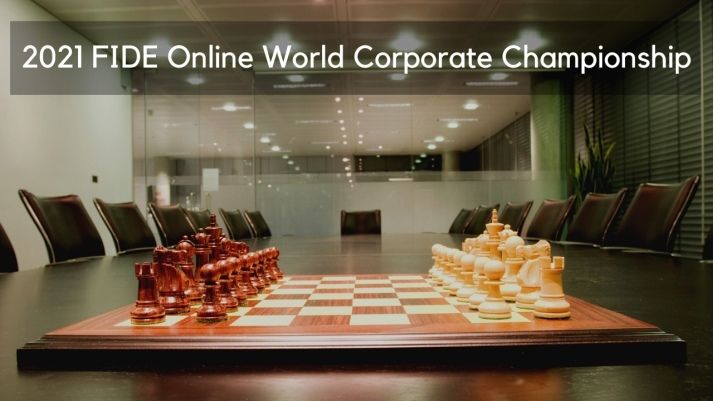 The International Chess Federation is pleased to announce the first FIDE World Corporate Chess Championship, which will take place on February 19-21, 2021.

The games will be played online, with Chess.com designated as the hosting platform. Corporations will be represented by a team of four players, meeting the following conditions:

- Only one player of a professional level (with a FIDE rating of +2500) is allowed per team.

- At least three of the players lined-up in every match have to be full-time employees of the company. 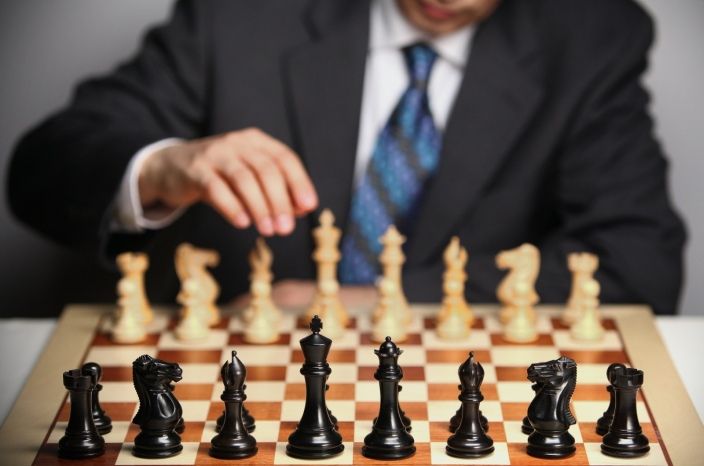 The event will be played entirely online, but the participants are encouraged to compete from the headquarters of the company they represent, as long as the epidemiological situation in the country allows it.

An advantage of having companies playing from their own headquarters (if feasible) is that they can use this event to promote team building, fostering a sense of connectivity between employees and contributing to a positive workplace environment. Besides, participant companies are offered the possibility to brand the playing venue and provide a video feed to be used at the FIDE and Chess.com broadcast, as well as in their own channels.

Participants will compete for truly special prizes: the winning company will be declared World Corporate Chess Champion 2021, while the team raising most donations for two social programs run by FIDE (Chess in Education and Support to Chess Veterans) will be invited to send four players to attend the forthcoming World Chess Championship match, to be held in the frame of the Dubai World Expo 2021.

This is a once in a lifetime opportunity to be a part of one of the most prestigious sporting events in the world, and enjoy the exclusive experience of meeting some of the brightest minds on the planet.

Besides, the first 4 teams in the final ranking of the FIDE Online World Corporate Chess Championship will secure four seats each to participate in an online simultaneous chess game against the Challenger for the FIDE World Champion title, together with representatives of the sponsors.

Additionally, each of the 4 highest-ranked teams not qualified for the Play-Off Stage of the FIDE Online World Corporate Chess Championship will secure 4 seats each to participate in an online simultaneous chess game against the FIDE Women’s World Champion, together with representatives of the sponsors.

Thanks to the agreement between FIDE and Chess.com for this event, the FIDE Online World Corporate Chess Championship will be broadcast live across multiple outlets including Chess.com, Twitch, YouTube, Twitter and international streaming platforms in multiple languages including: Spanish, Russian, Portuguese, French, German, Mandarin, Italian, Turkish and Polish.

The partnership between FIDE and Chess.com extends above and beyond this event: Chess.com has become the first company to acquire broadcast rights for the 2021 FIDE World Championship Match and will be an official broadcast partner for what is set to be the biggest global chess event of recent decades.

The ground-breaking agreement between Chess.com and FIDE will bring the world chess championship to a wider audience than ever before. As the world's biggest online chess platform, Chess.com has been the leading broadcaster of the board game in recent years, in partnership with streaming platform Twitch.